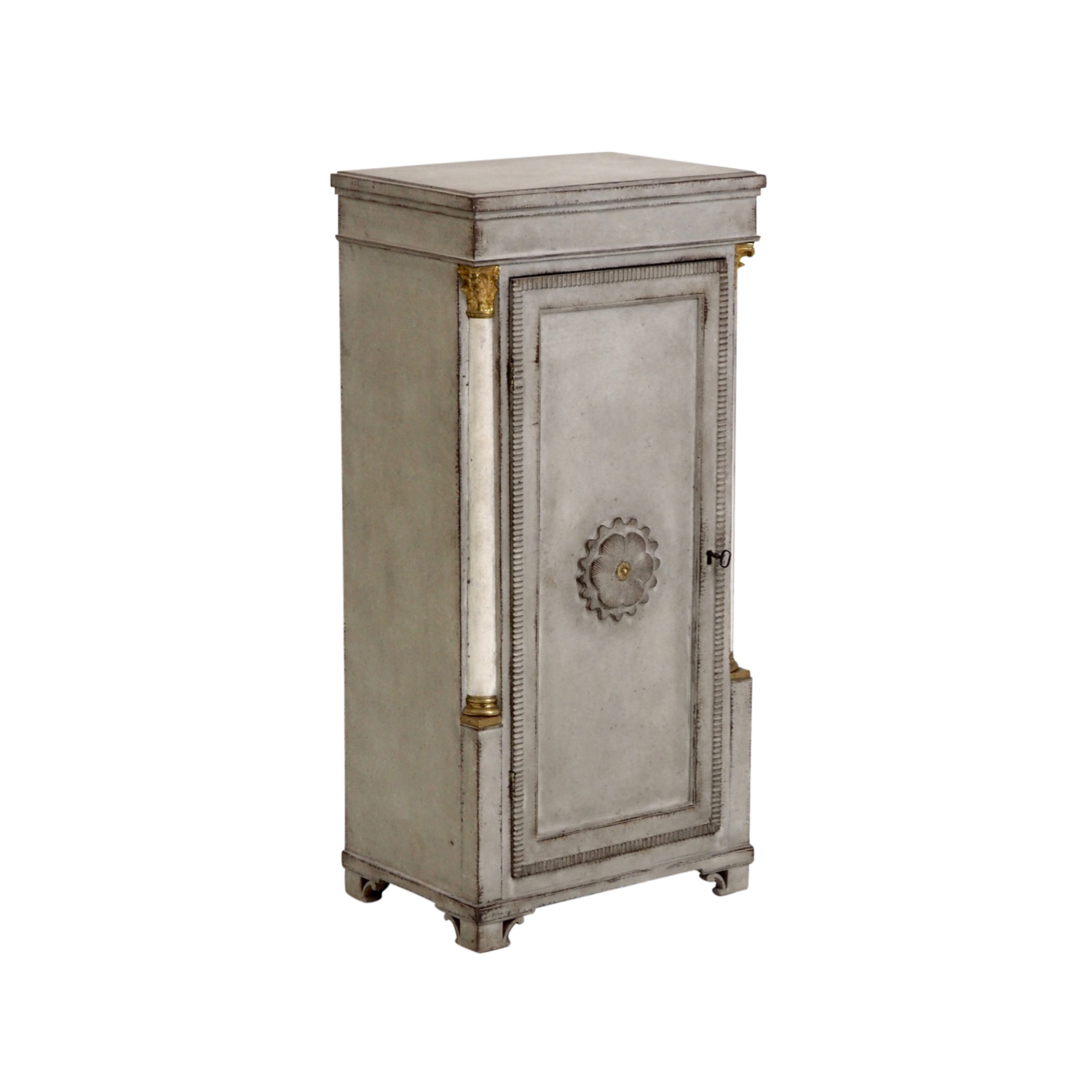 A dark-grey, antique Danish Gustavian single pedestal cabinet made of hand crafted Oakwood, most likely produced and designed by Caspar Frederik Harsdorff in good condition. The Scandinavian corner cupboard is composed with one door, featuring three shelves, enhanced by detailed wood carvings and bronze mountings. The small buffet is particularized in the Neoclassical Greek style with the original bronze hardware and key. Wear consistent with age and use. Circa 1770, Denmark, Scandinavia.

Caspar Frederik ( Frederik ) Harsdorff, also known as C.F. Harsdorff, was a Danish Neoclassical architect, born in 1735, in Copenhagen, Denmark and passed away in 1799. He is considered to have been the leading Danish architect in the late 19th Century. Harsdorff started his education in mathematics what lead him later to architecture. In 1754, when The Royal Danish Academy of Fine Arts opened at the Charlottenborg Palace, in Copenhagen, he was able to study under the French architect Nicolas-Henri Jardin. For the next seven years, he traveled to Paris and Rome, where he studied and met the French architect Jacques-Francois Blondel, who was employed by the French King Louis XV. Once he returned to Denmark, in 1764, he was named Building Inspector.