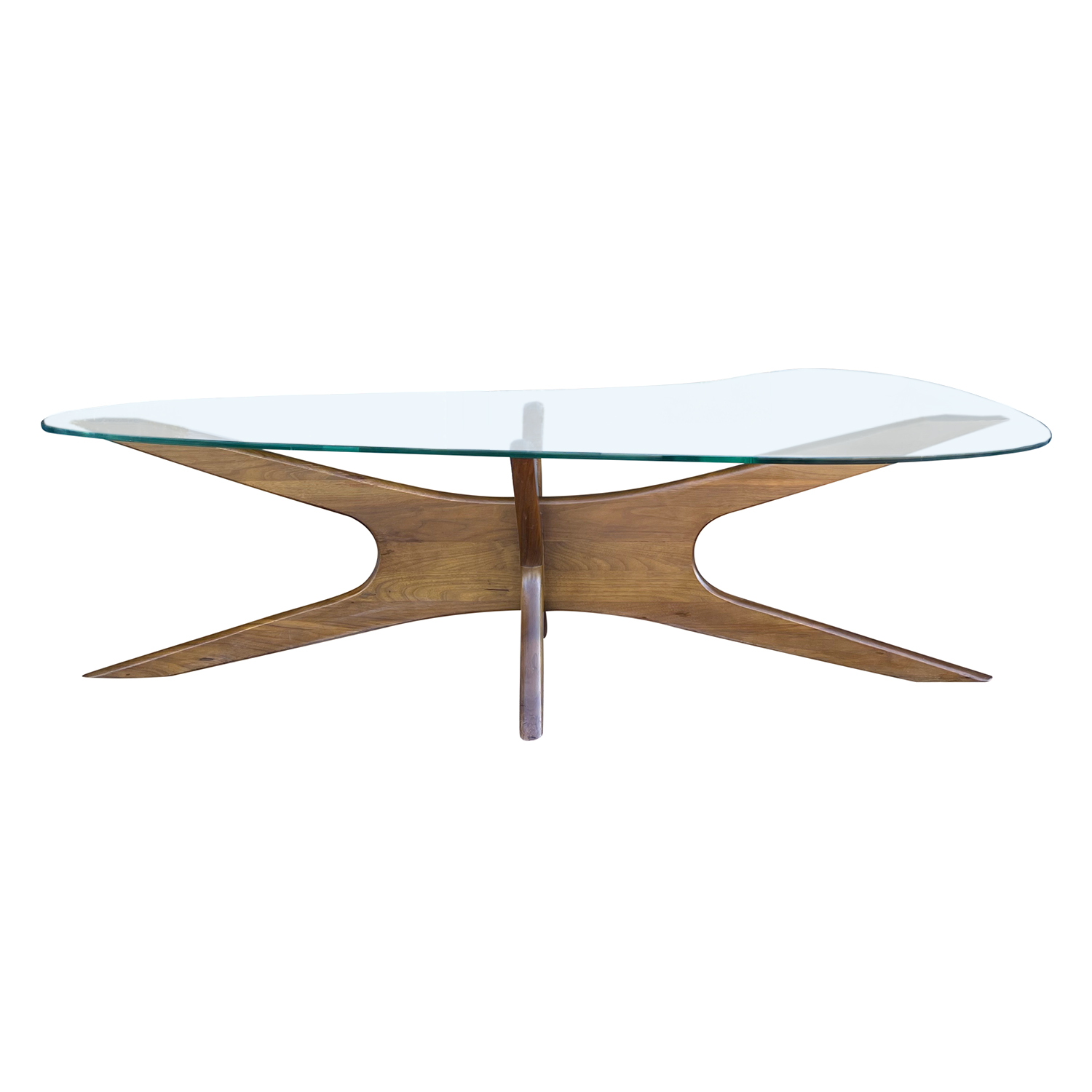 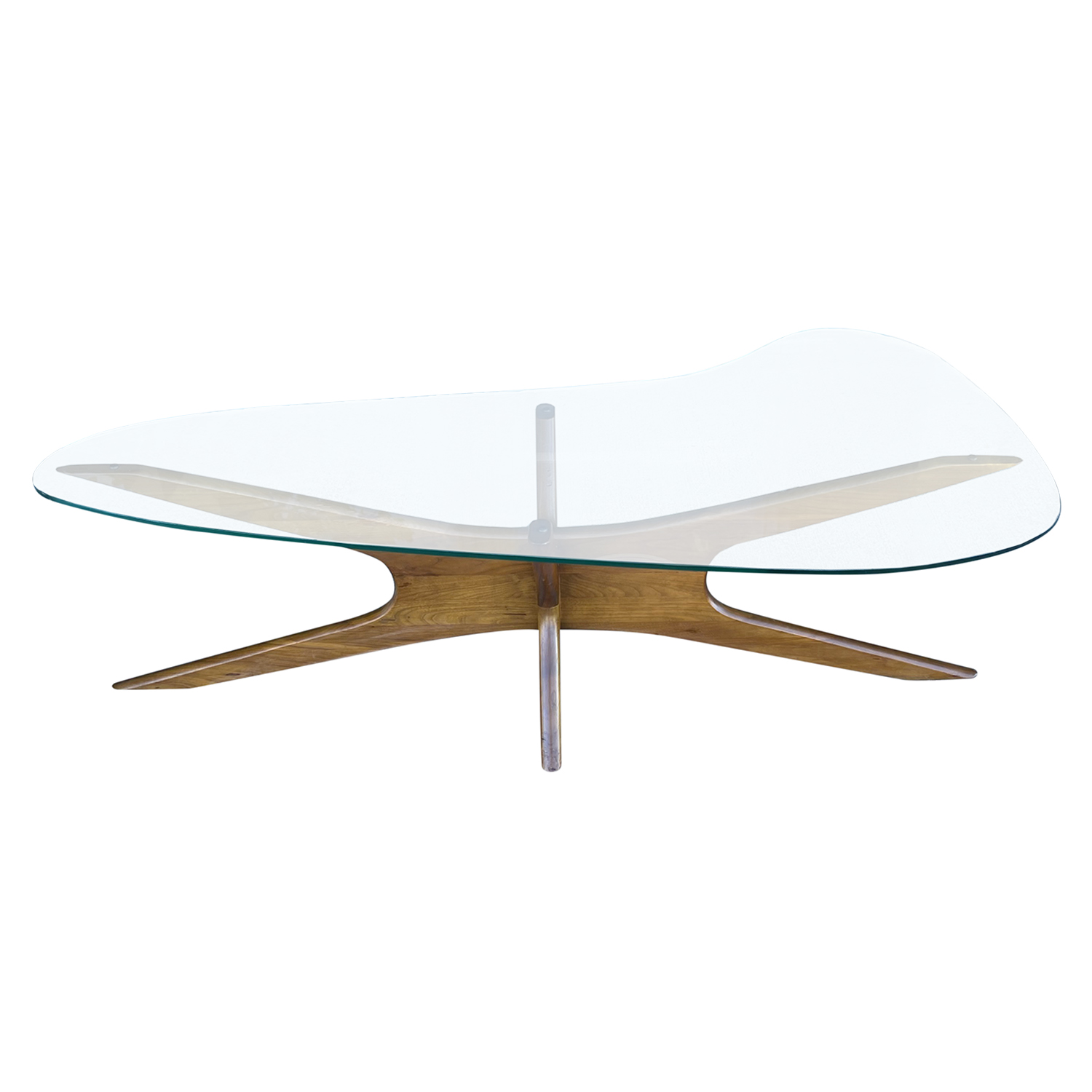 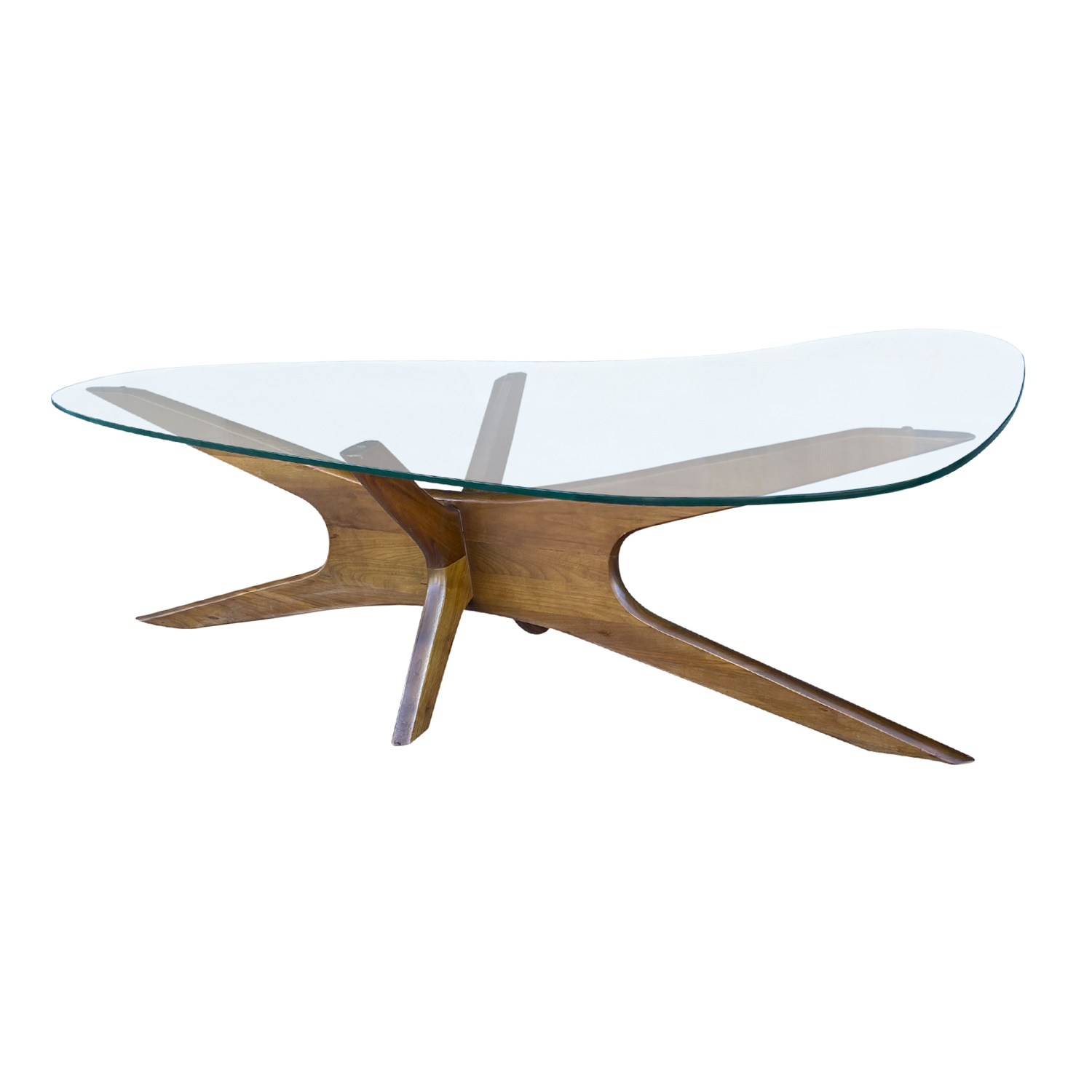 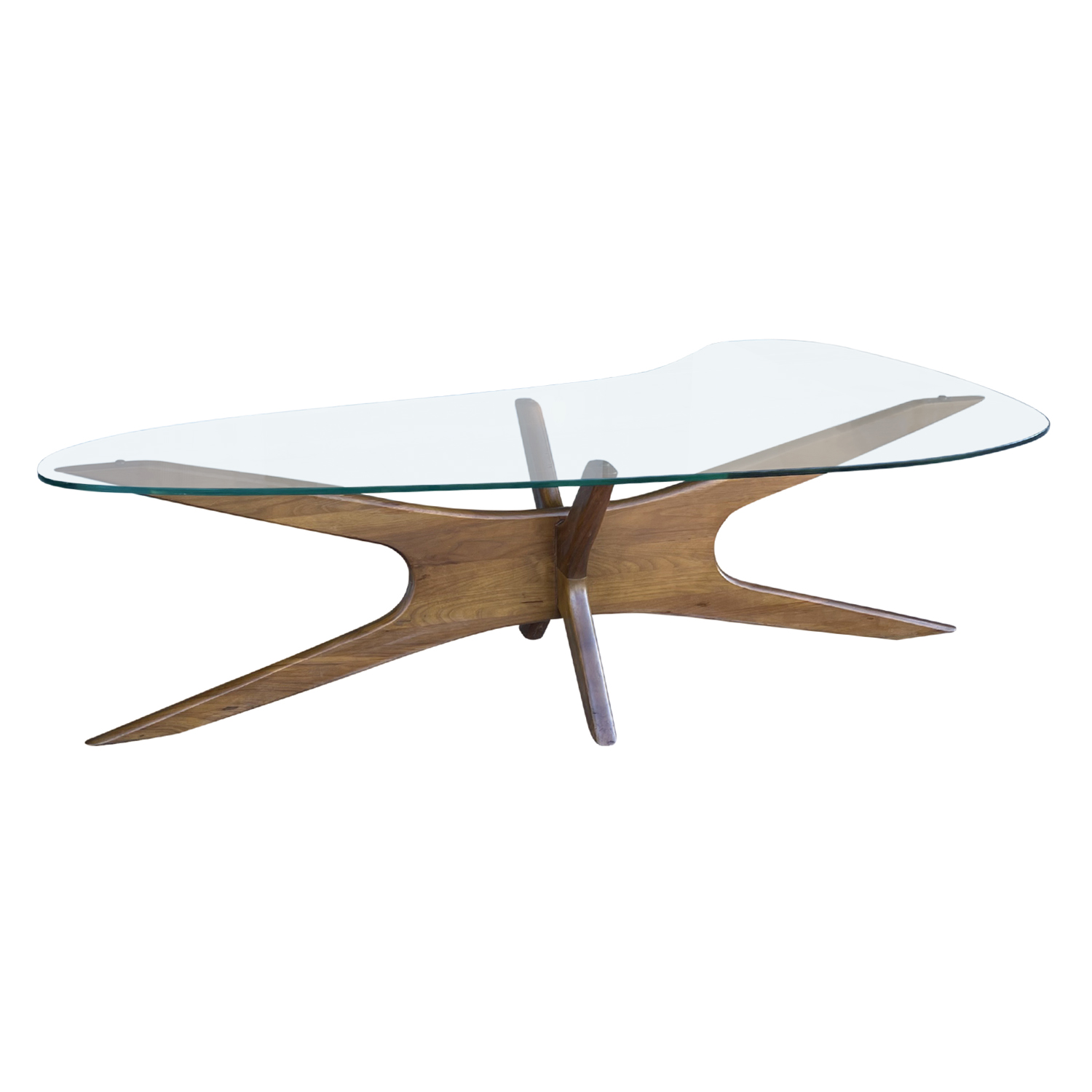 A vintage Mid-Century modern American coffee table made of hand carved Walnut. Designed by Adrian Pearsall and produced by Craft Associates, in good condition. The clear, arched glass top is supported by four sculptural lacquered wooden feet. Wear consistent with age and use. Circa 1950 - 1960, United States.

Adrian Pearsall was an American designer and architect born in 1925, in New York City, United States. In 1950, Pearsall graduated at the University of Illinois, where he studied Architectural Engineering. After his studies, in 1952, Pearsall founded his own workshop studio, Craft Associates in Pennsylvania, to manufacture his furniture designs. His designs were, are considered to be part of the Atomic Age design.