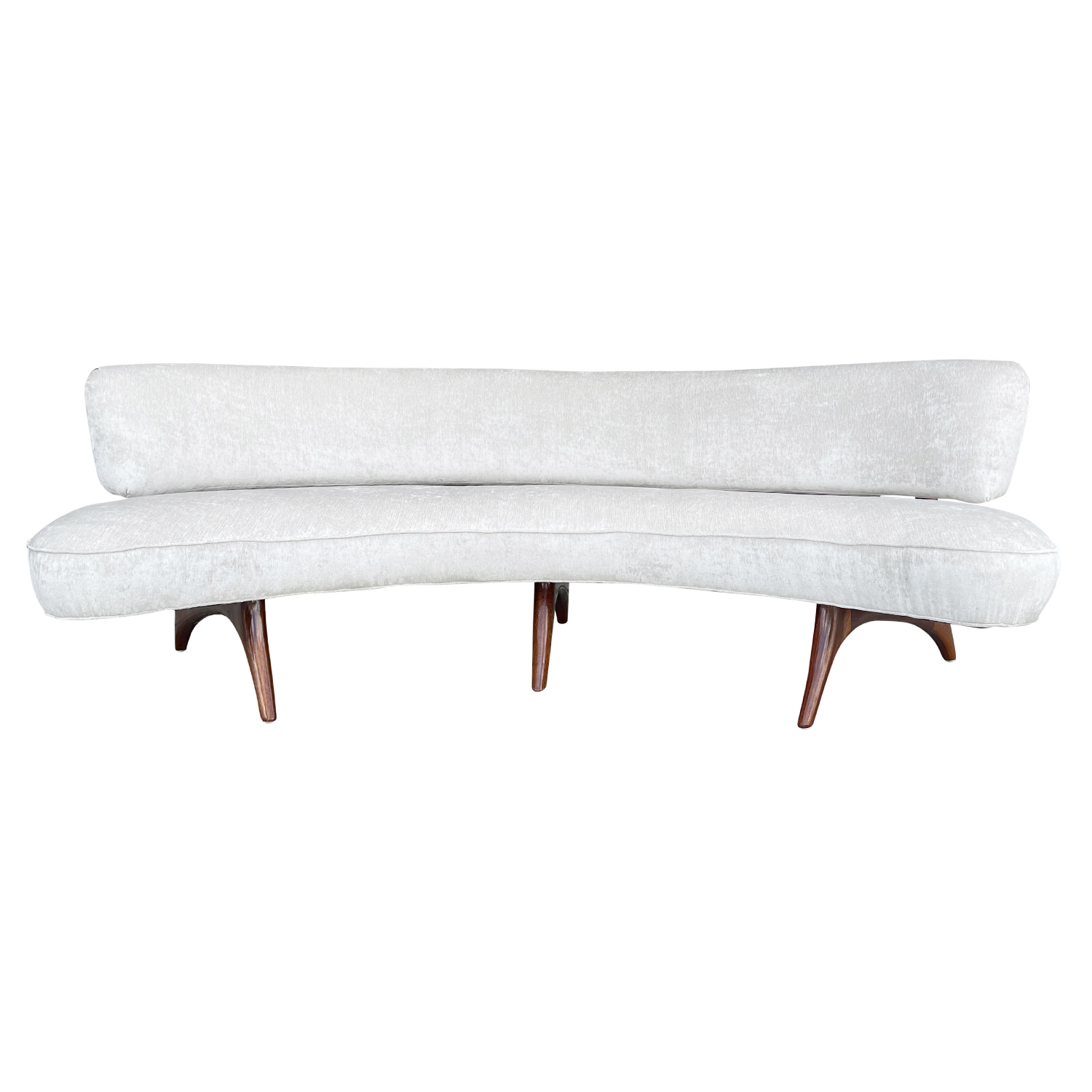 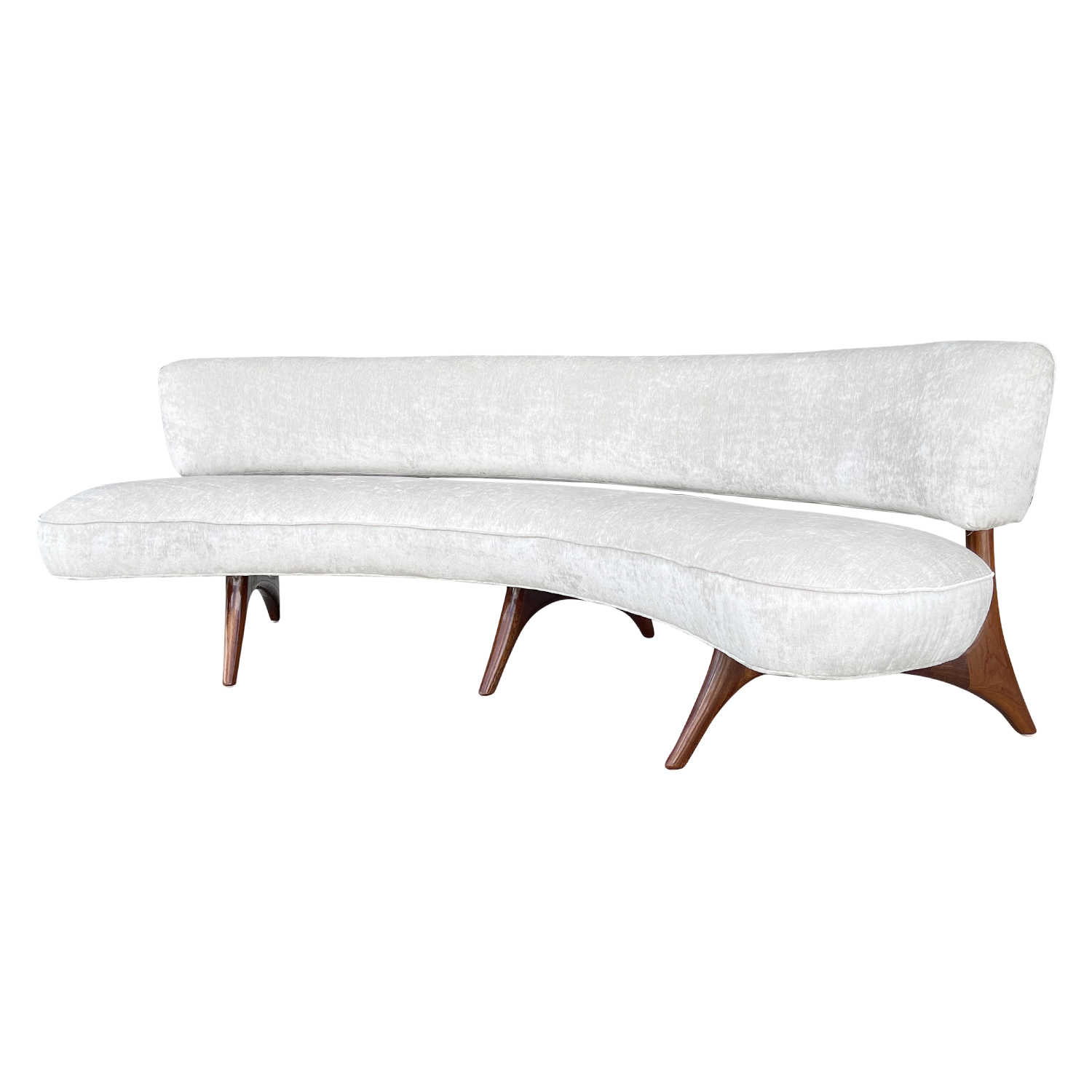 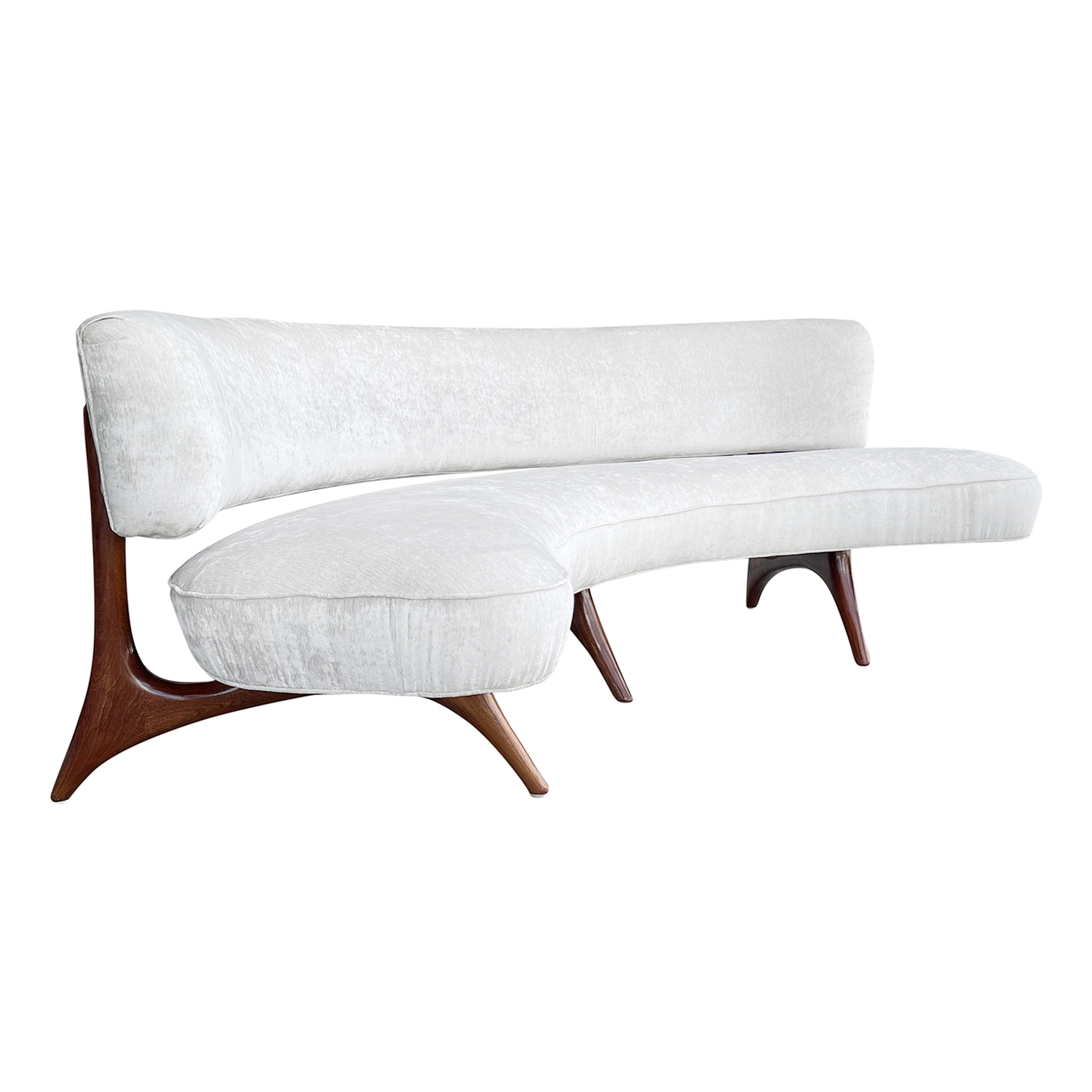 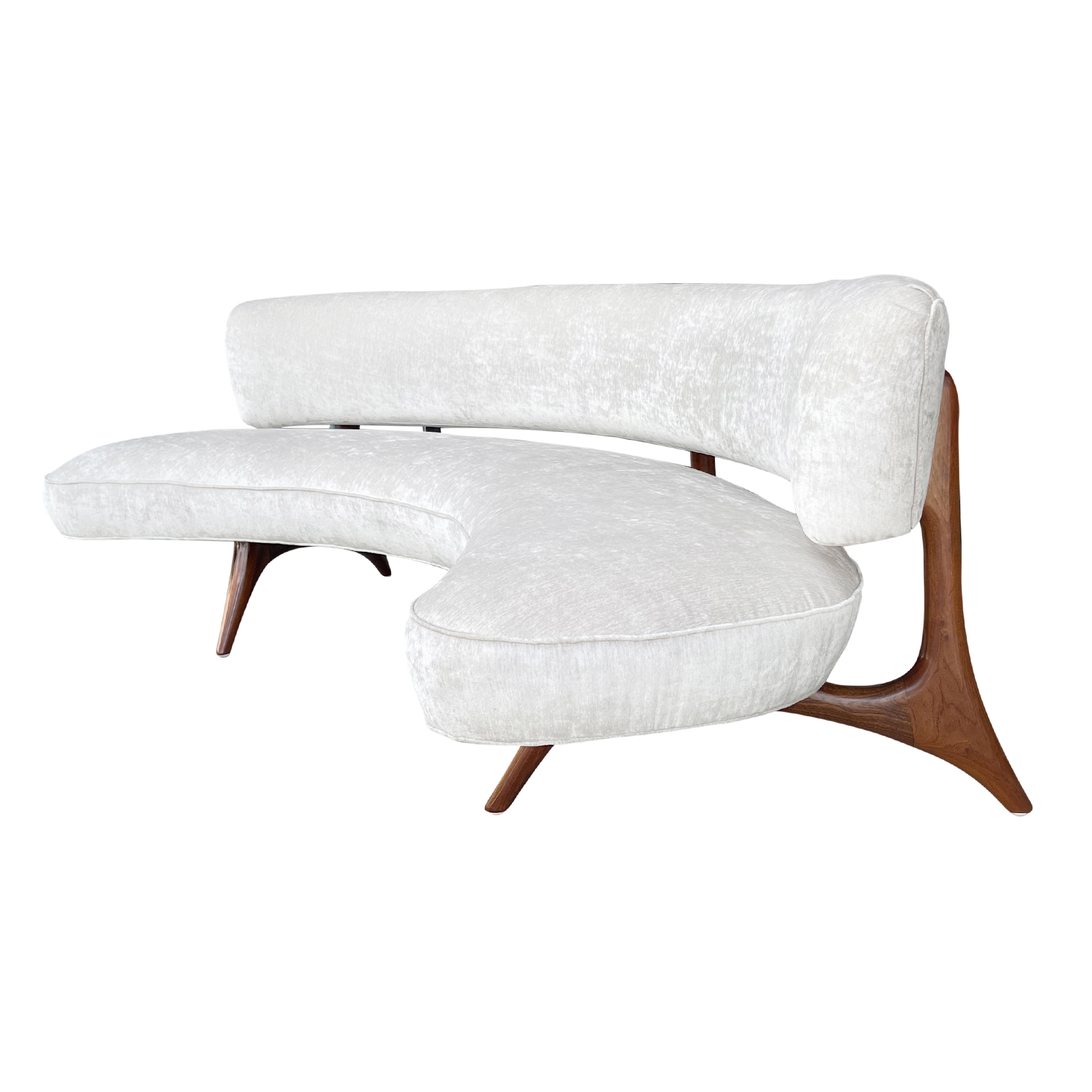 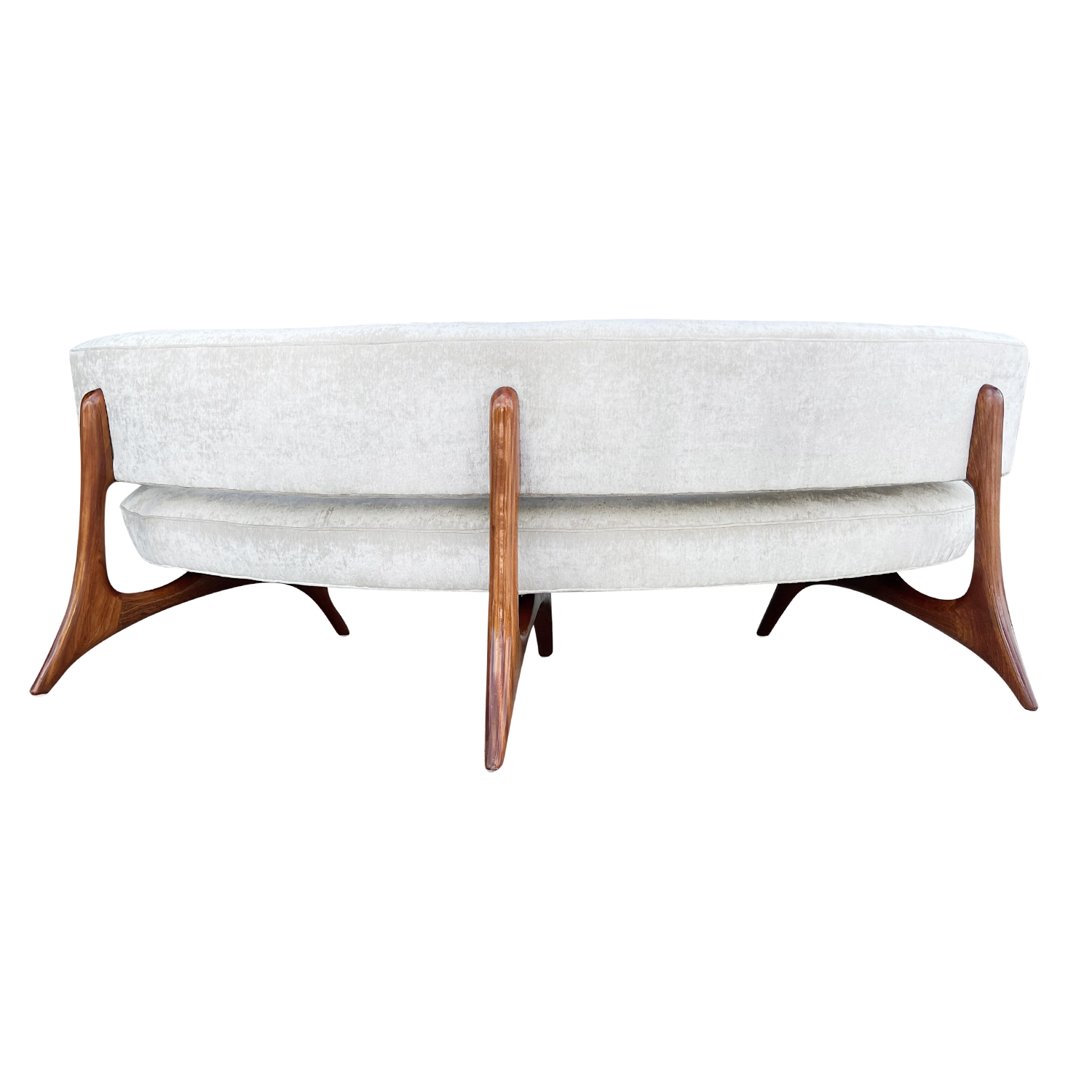 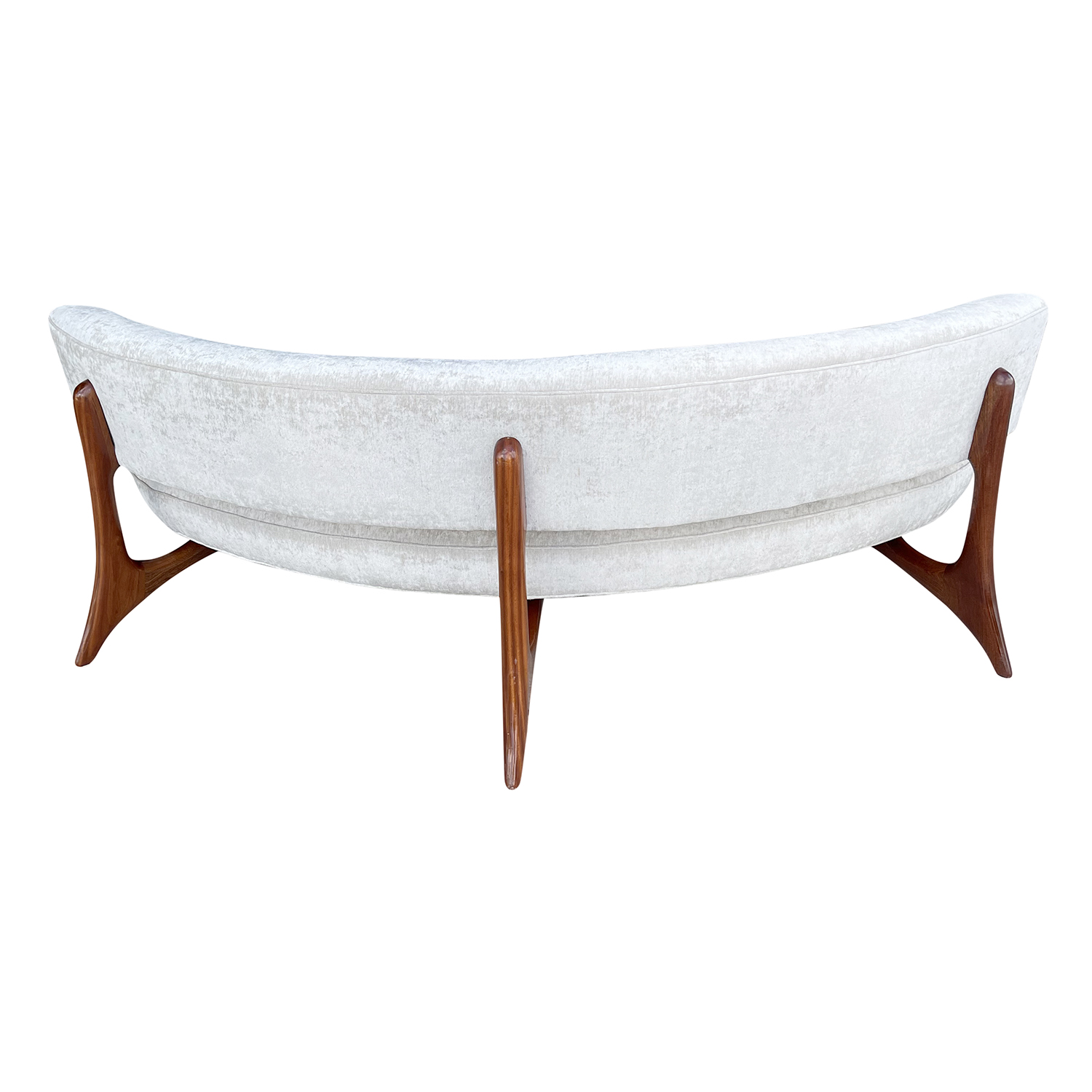 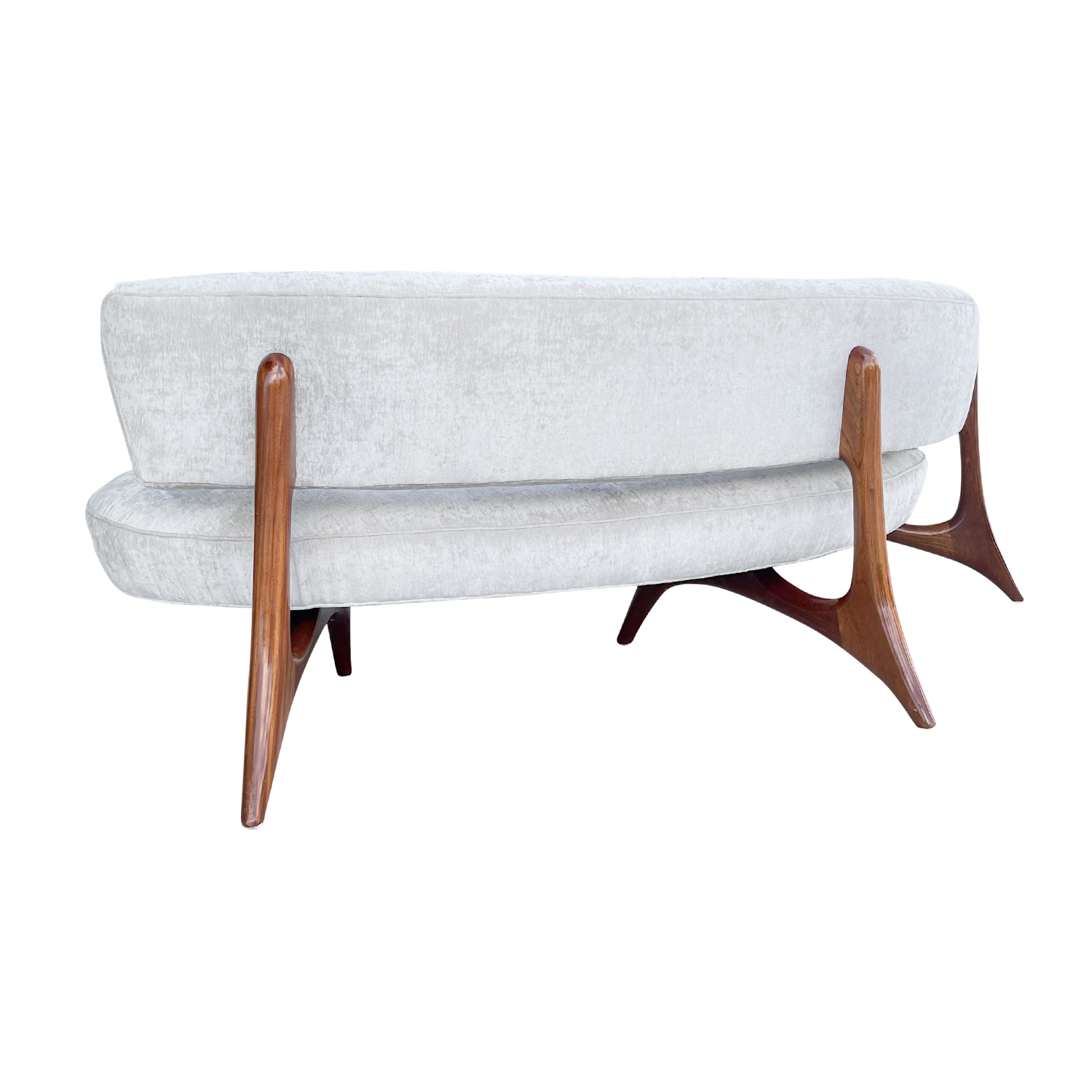 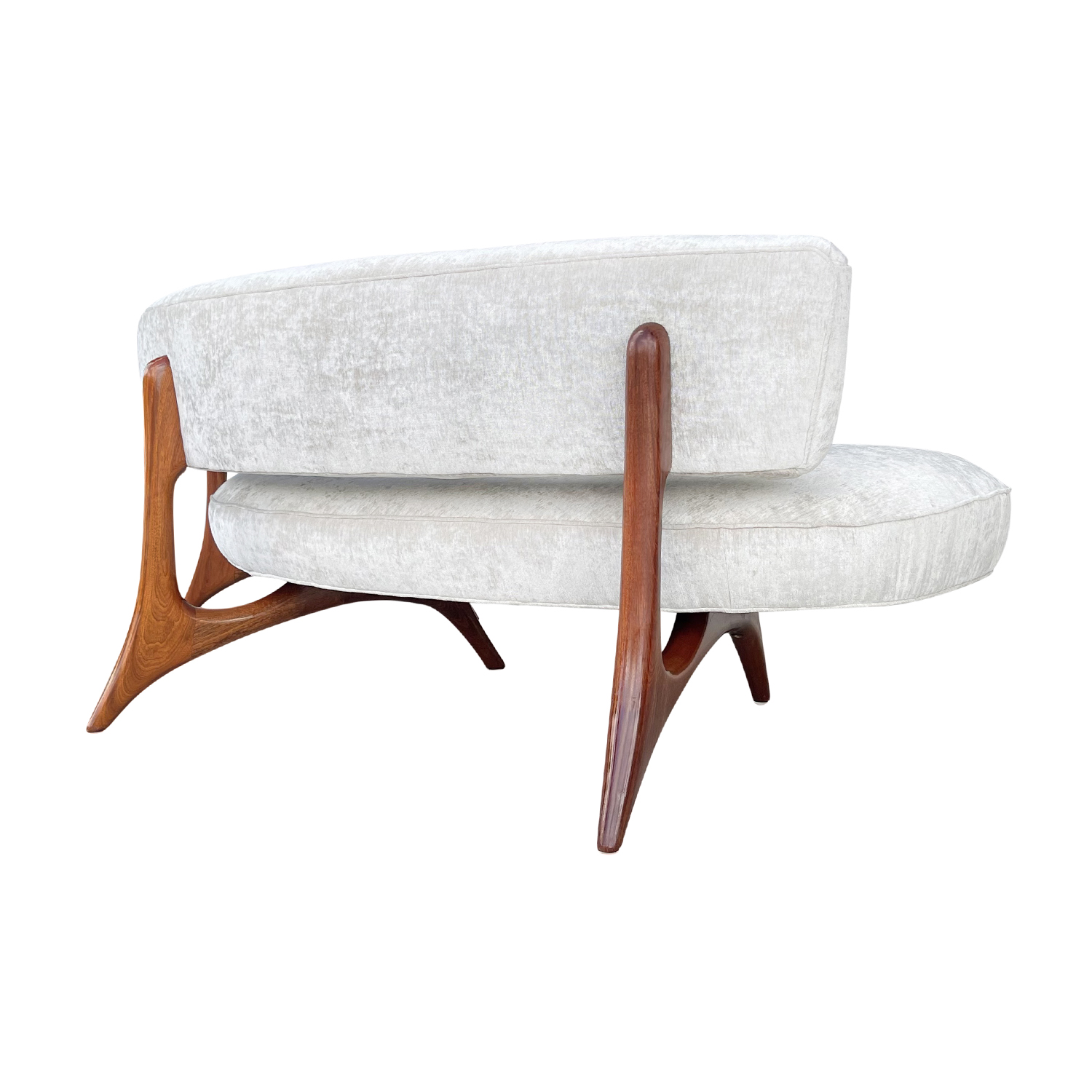 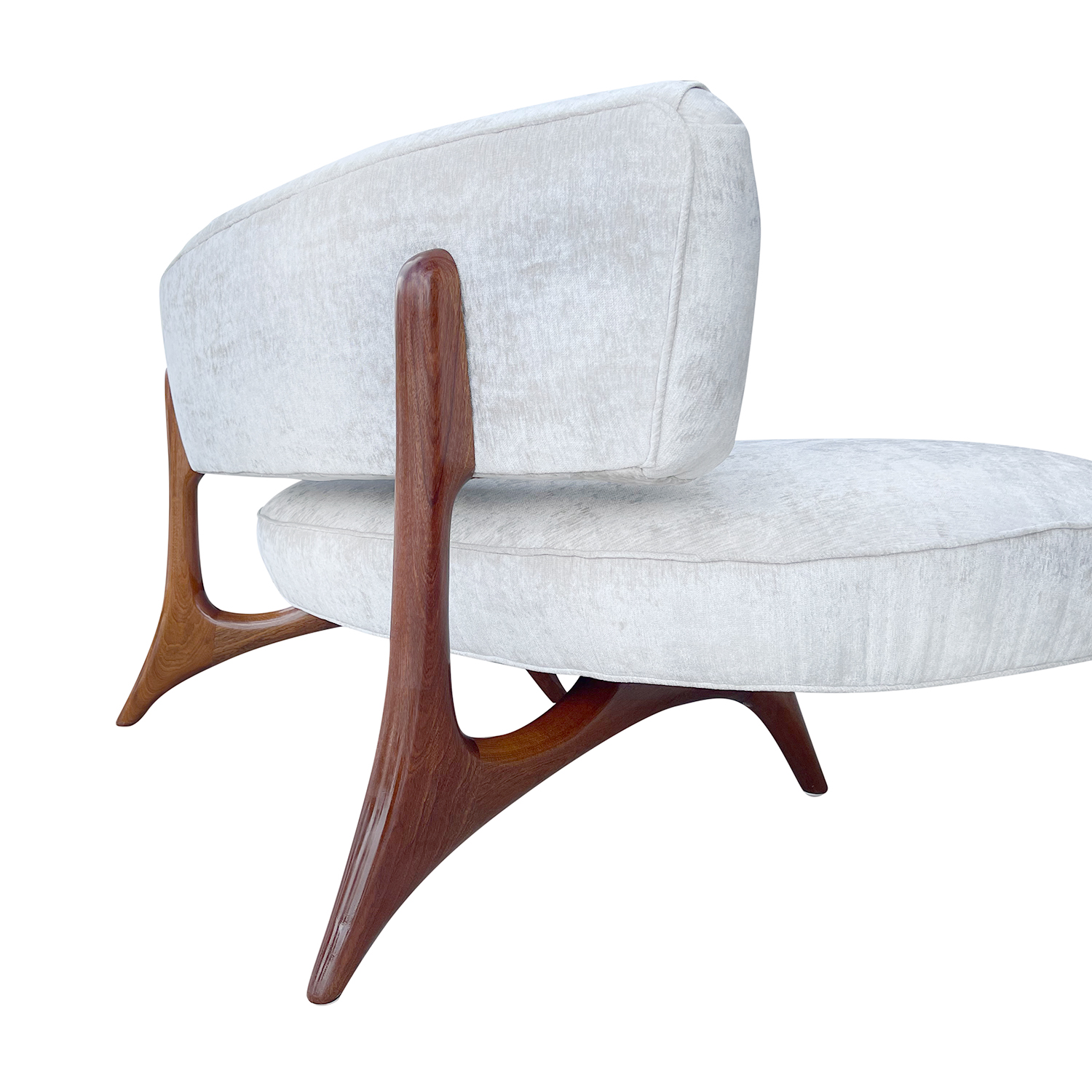 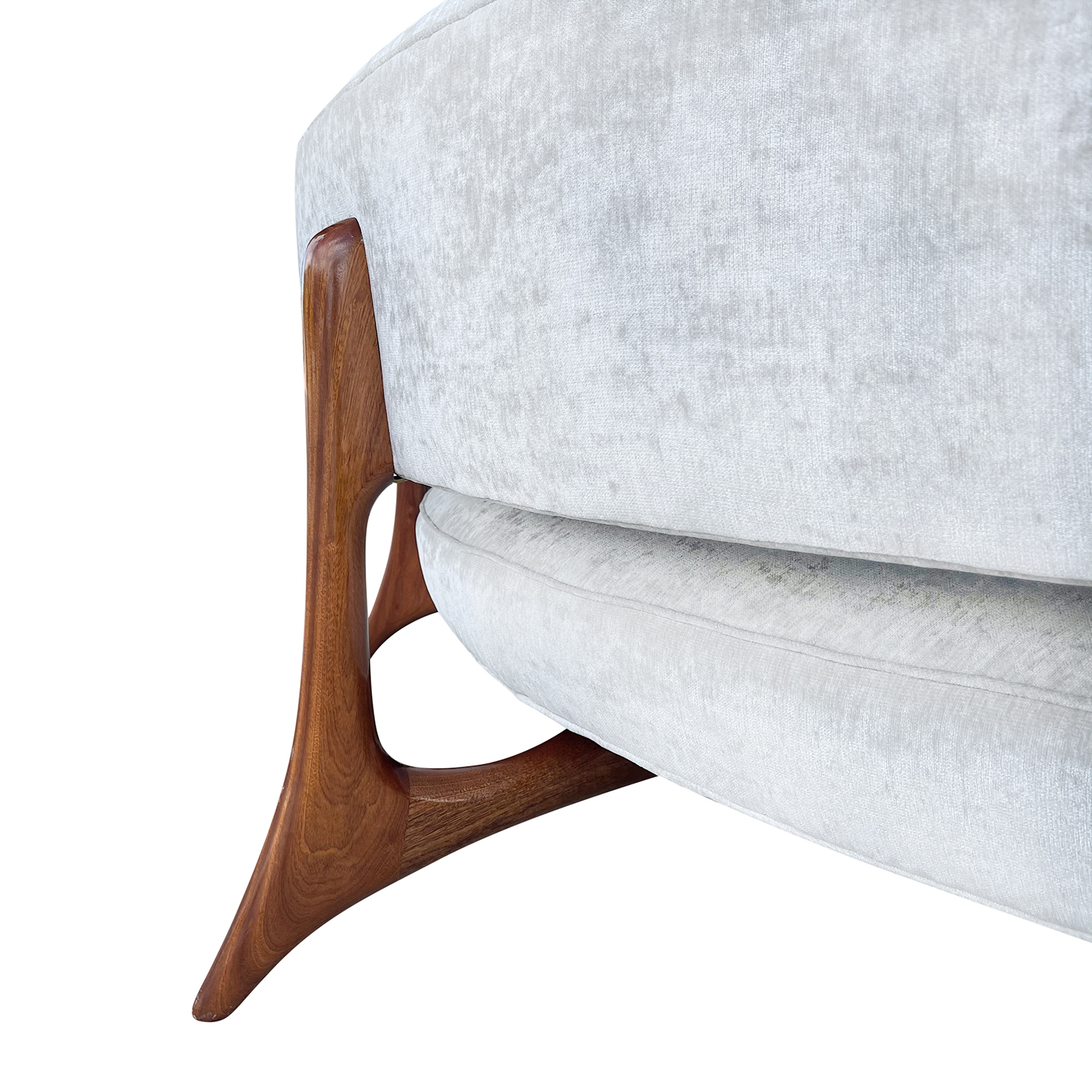 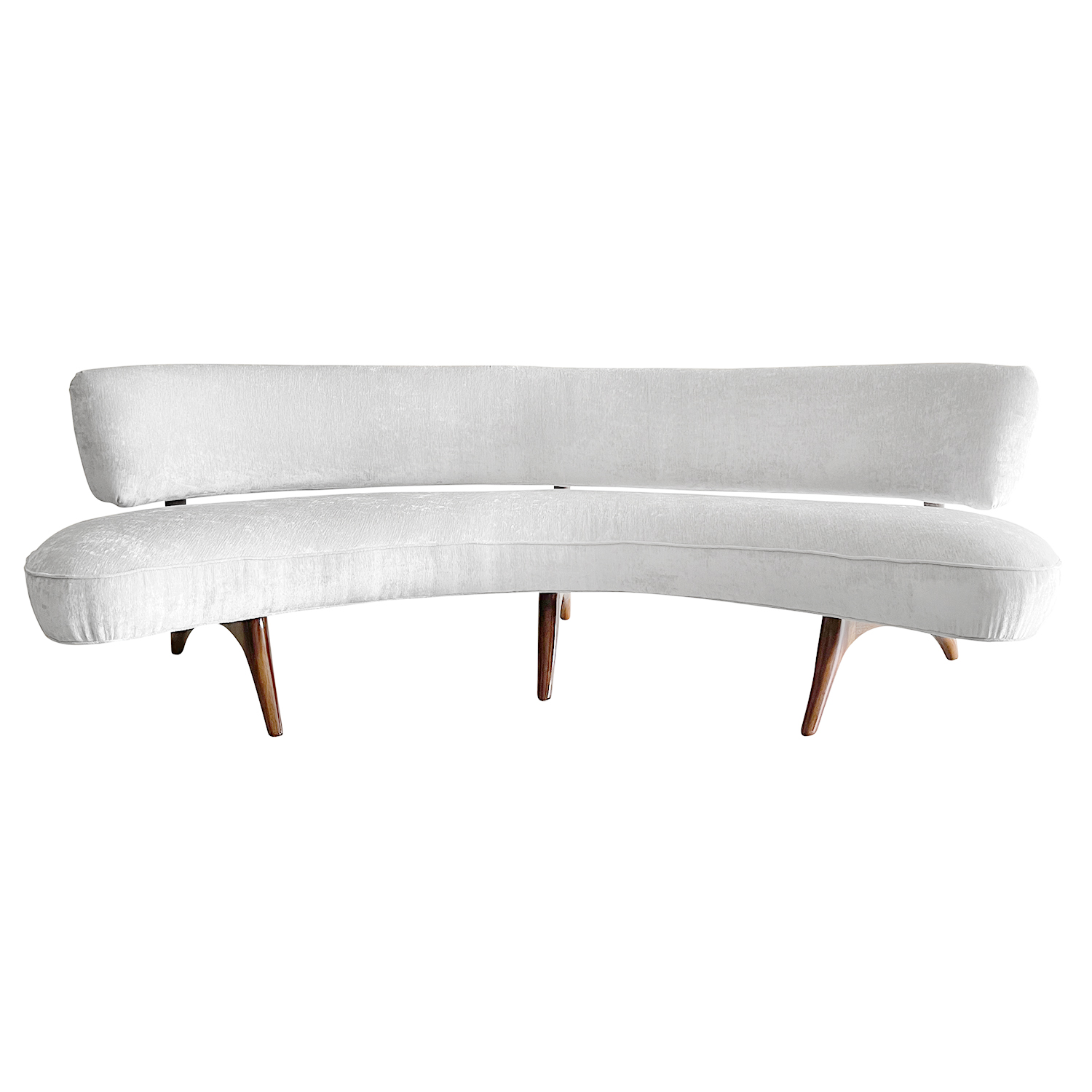 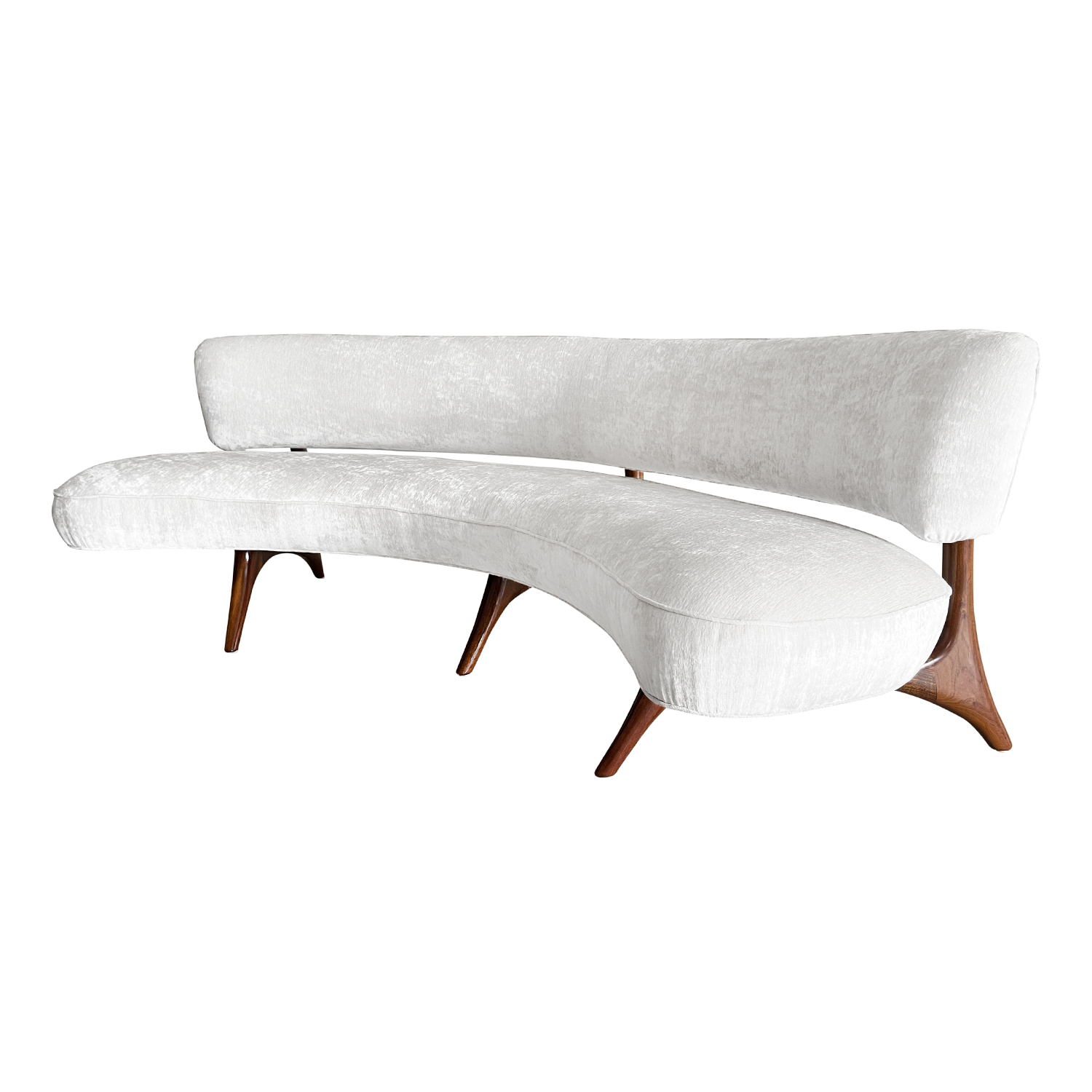 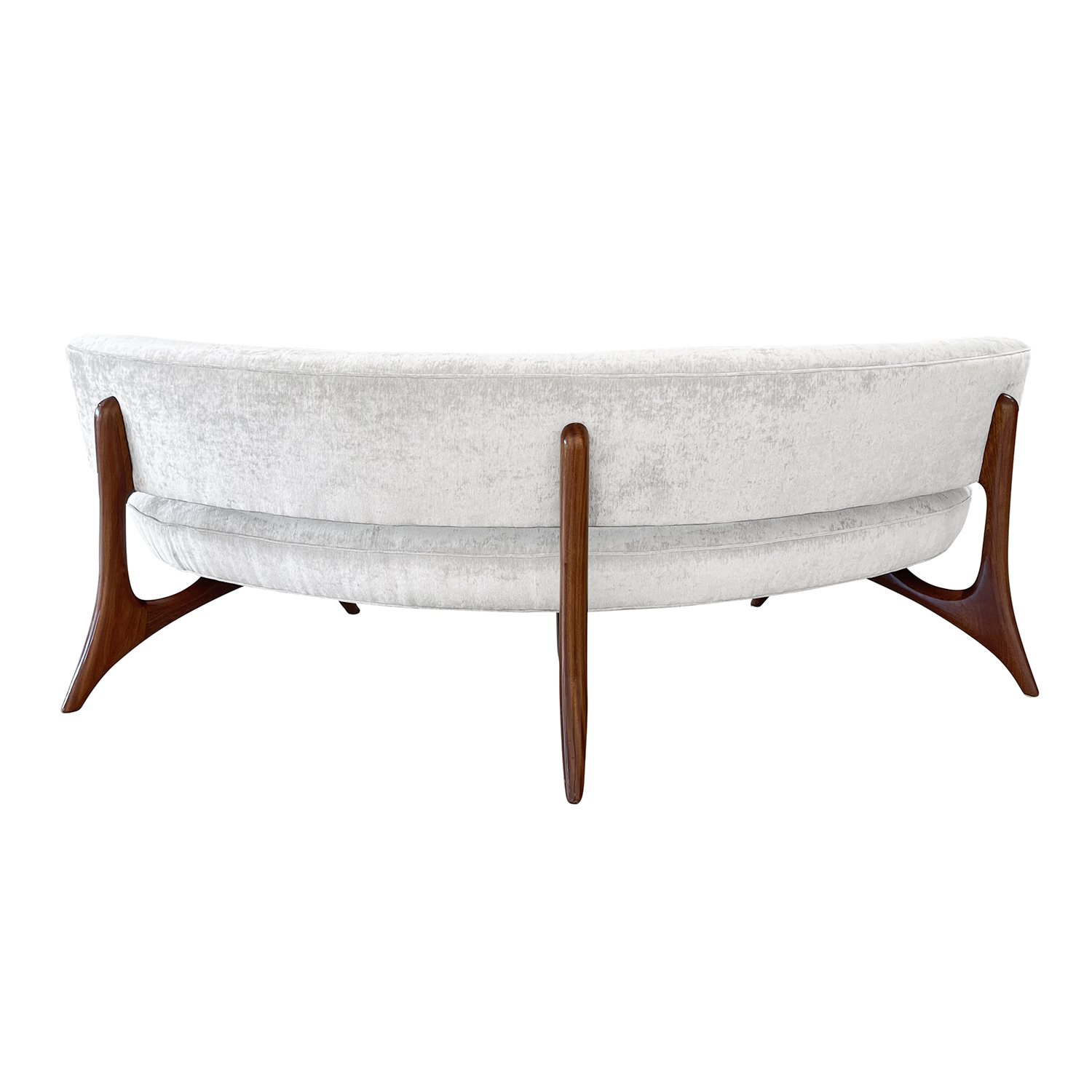 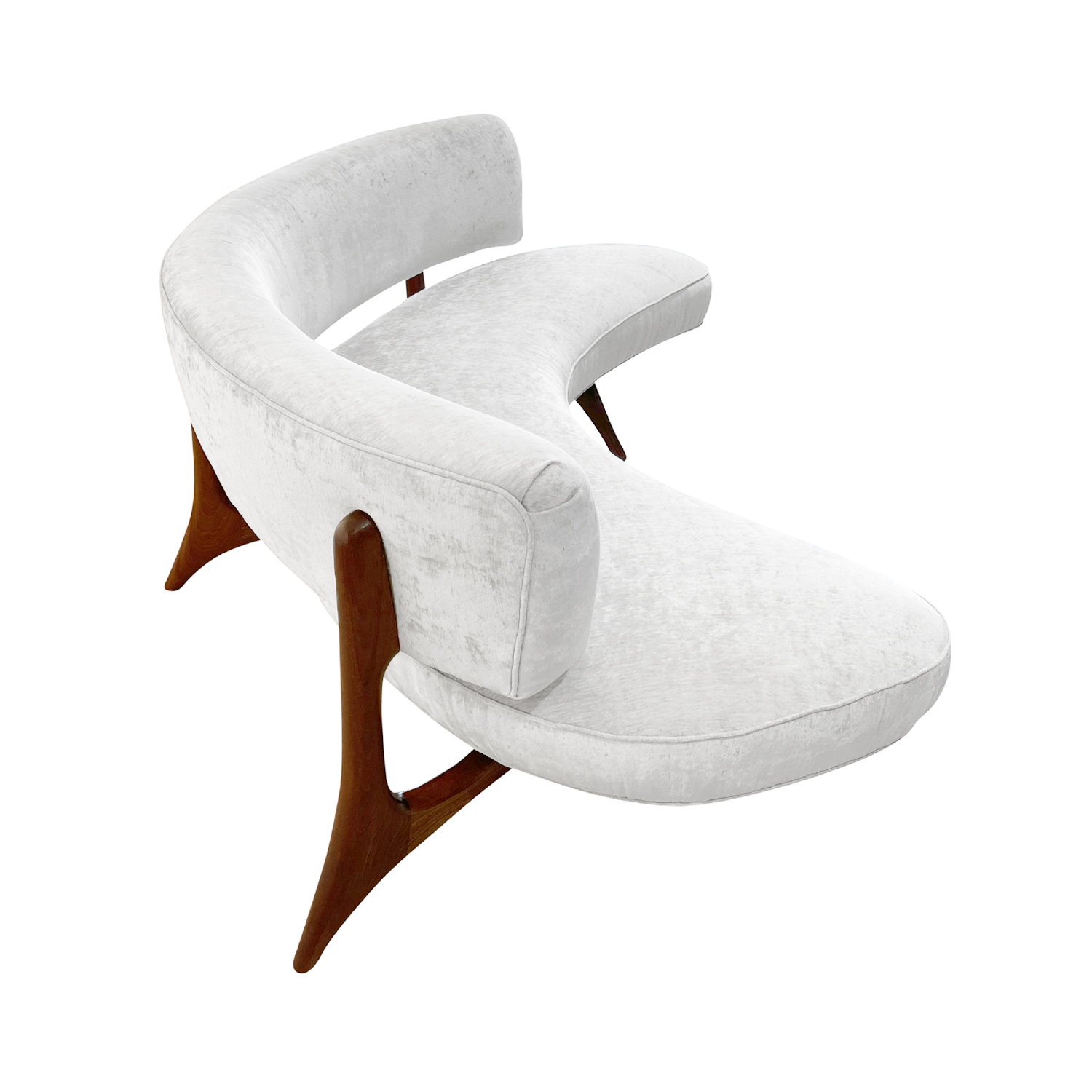 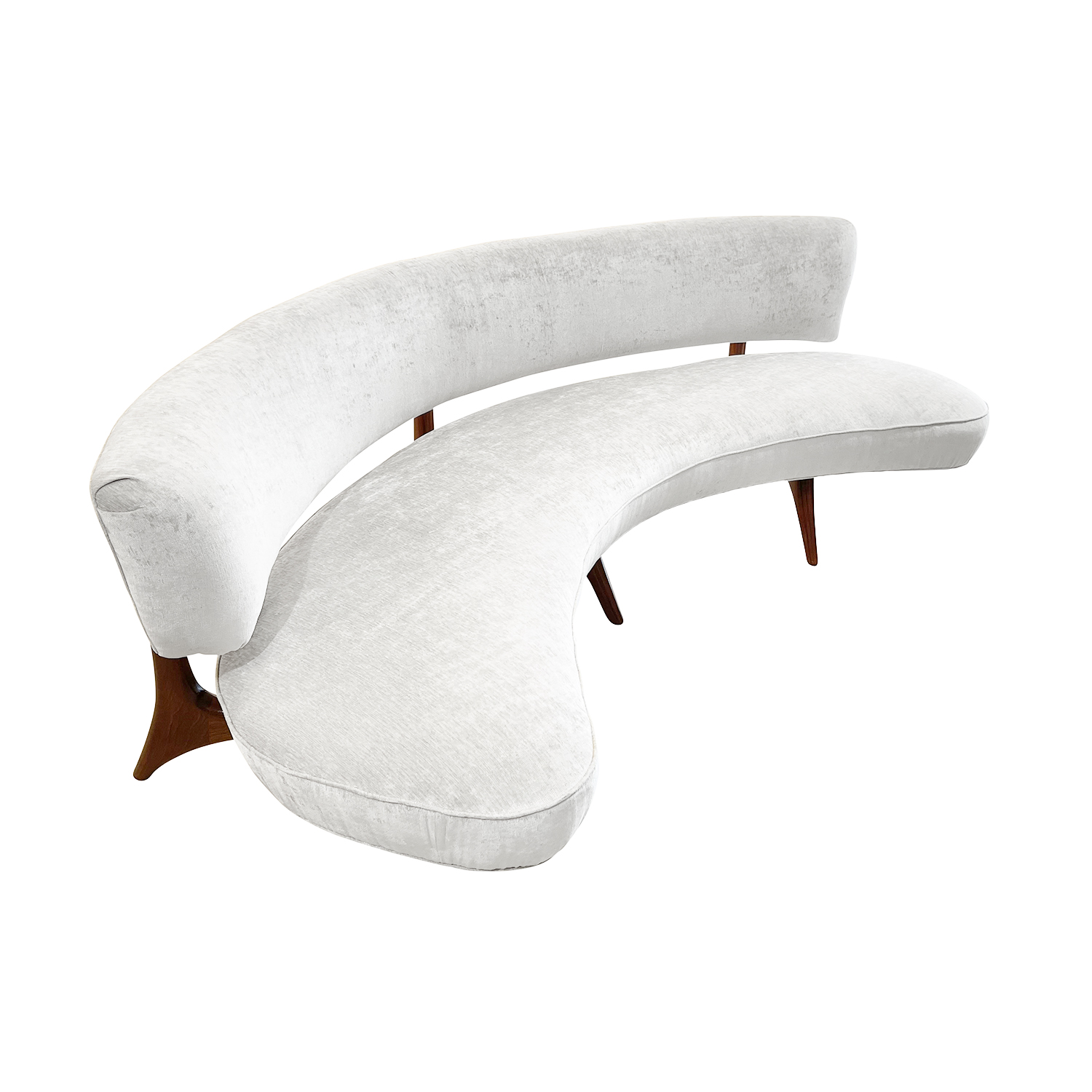 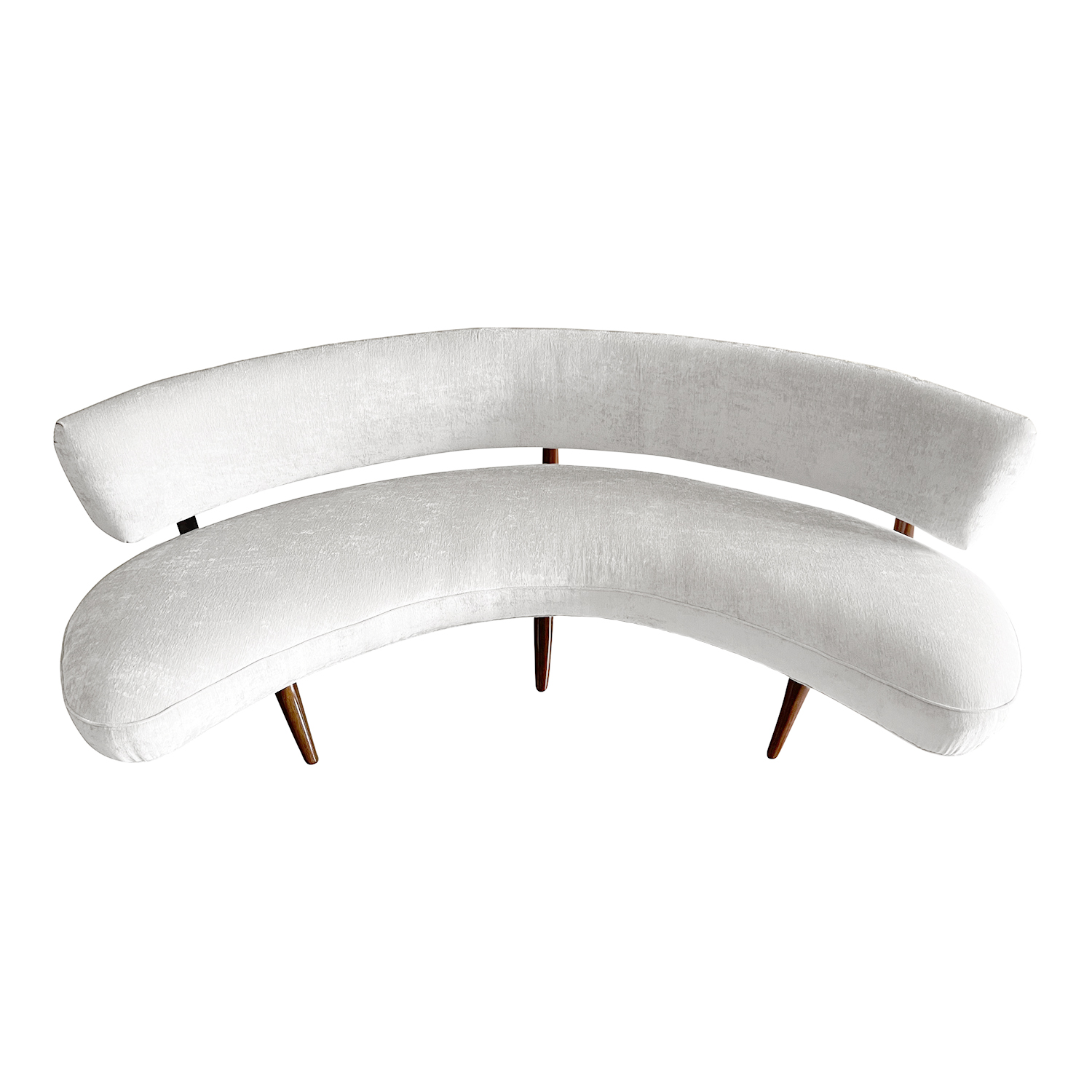 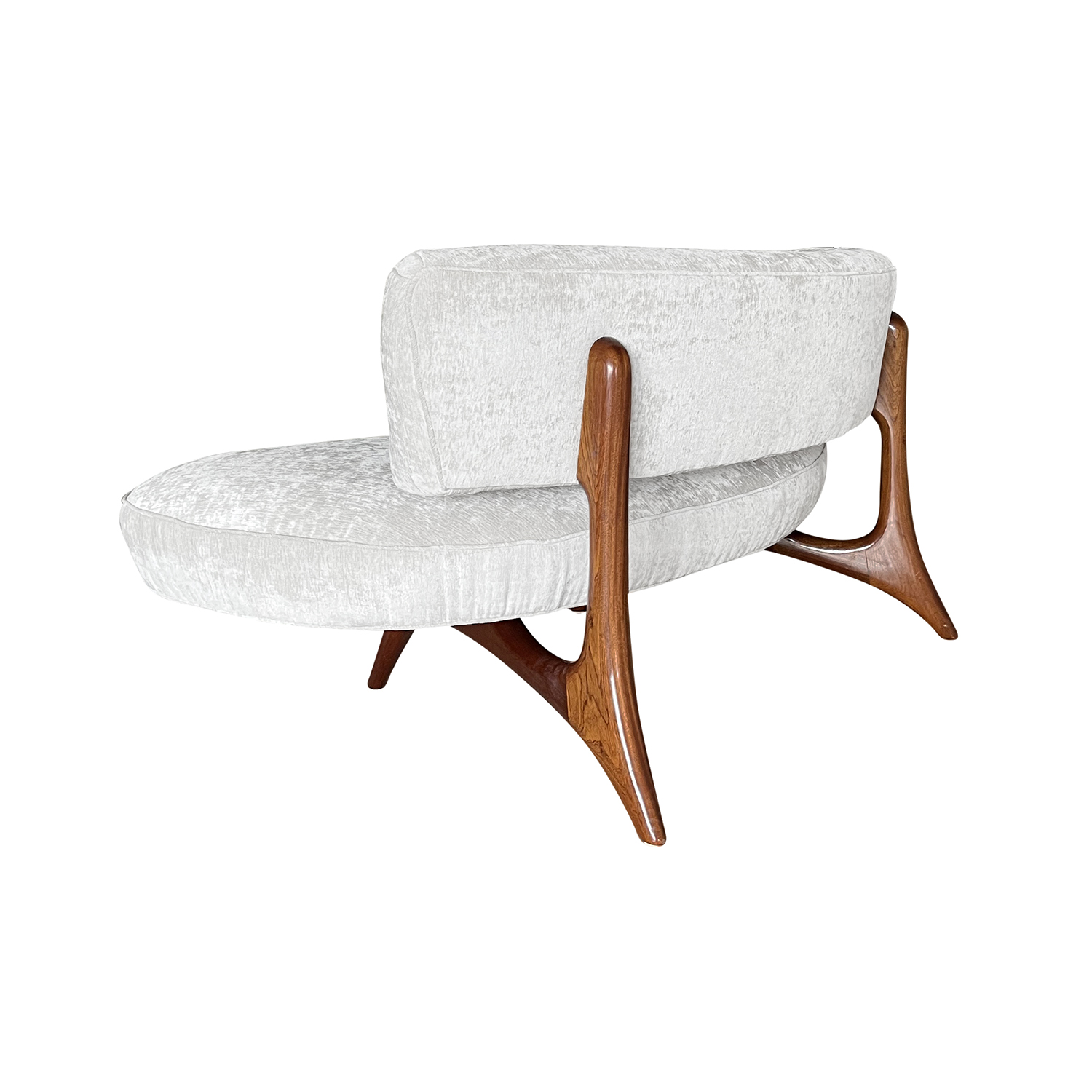 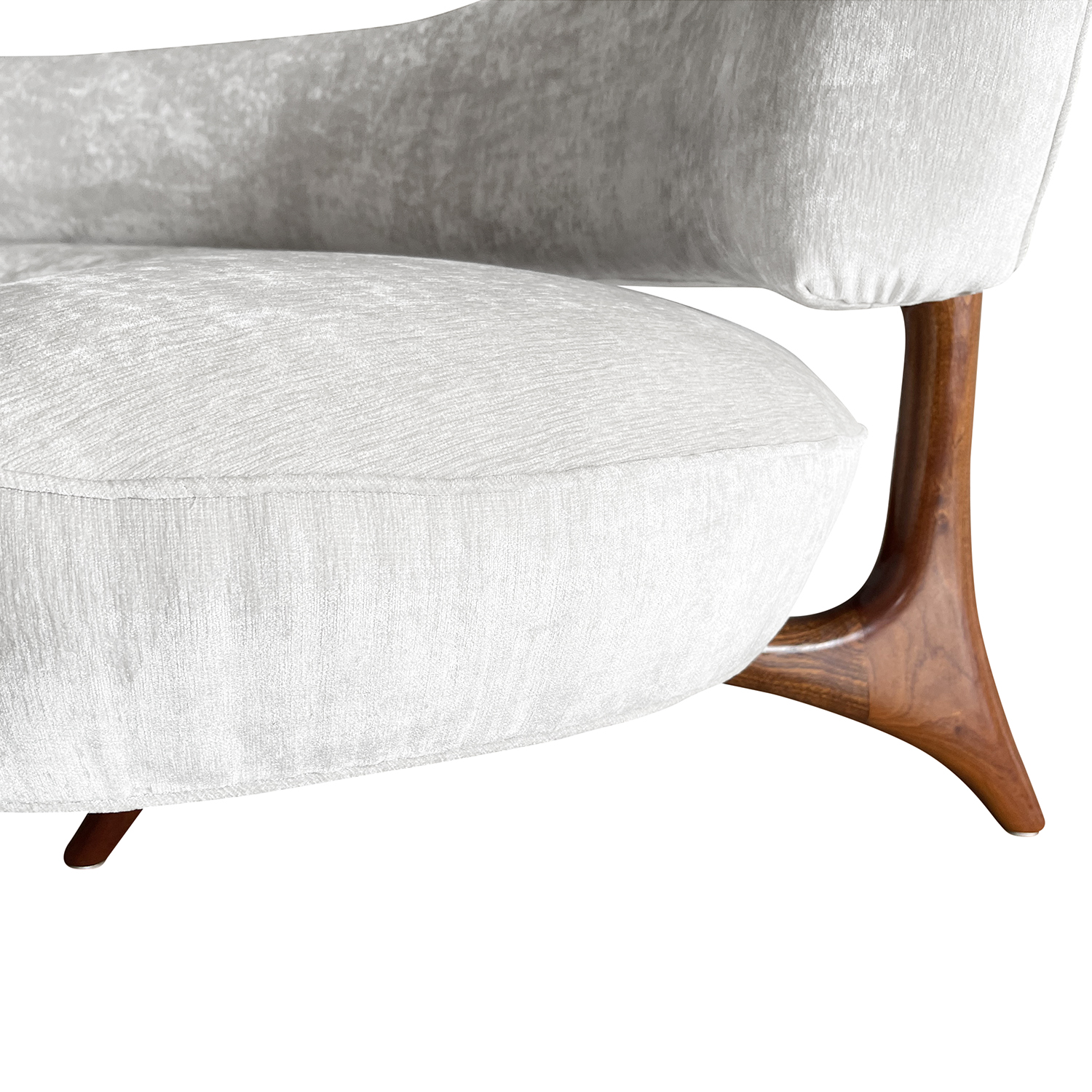 A half-round, vintage Mid-Century modern American four seater sofa or settee, in good condition, designed by Vladimir Kagan and produced by Vladimir Kagan Designs Inc. The back rest of the divano is curved, supported by six angled Walnut feet. Wear consistent with age and use. Newly upholstered in a white-grey fabric. Circa 1960 - 1970, United States.