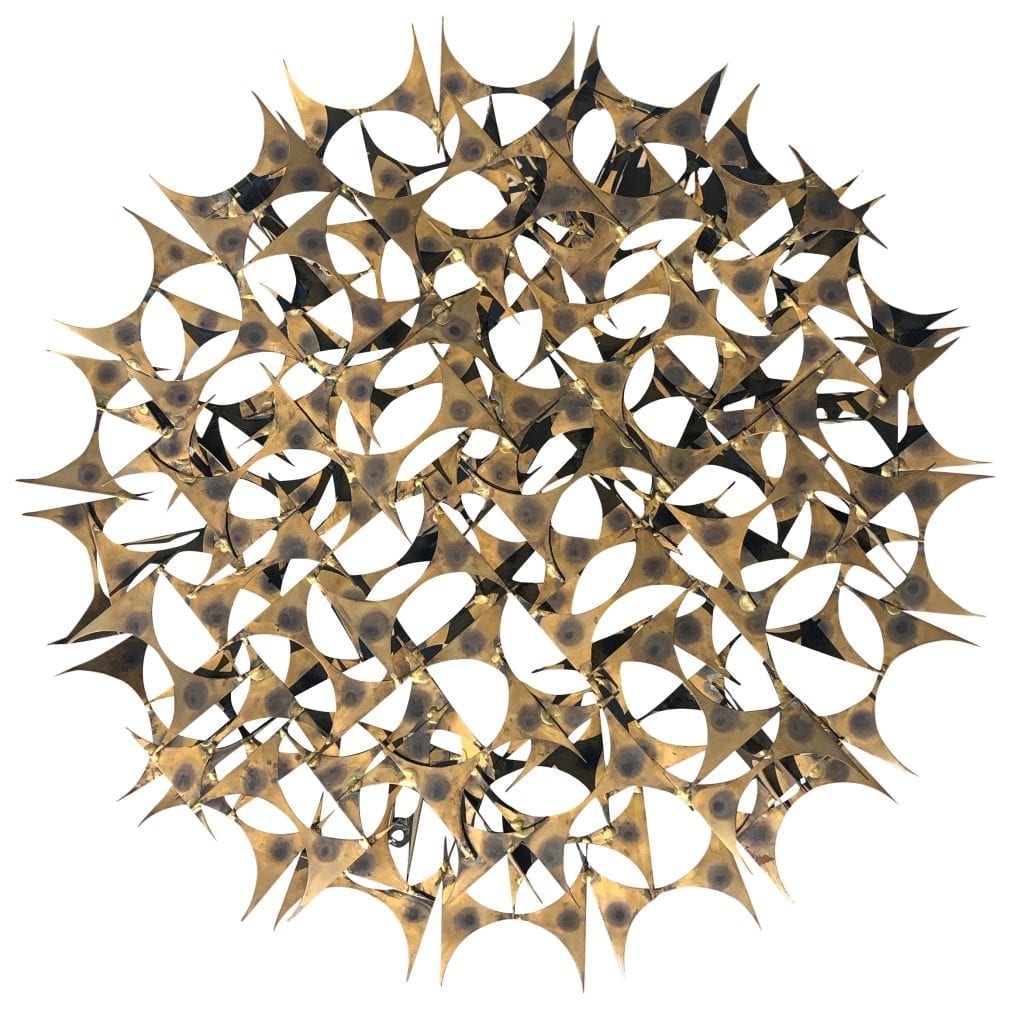 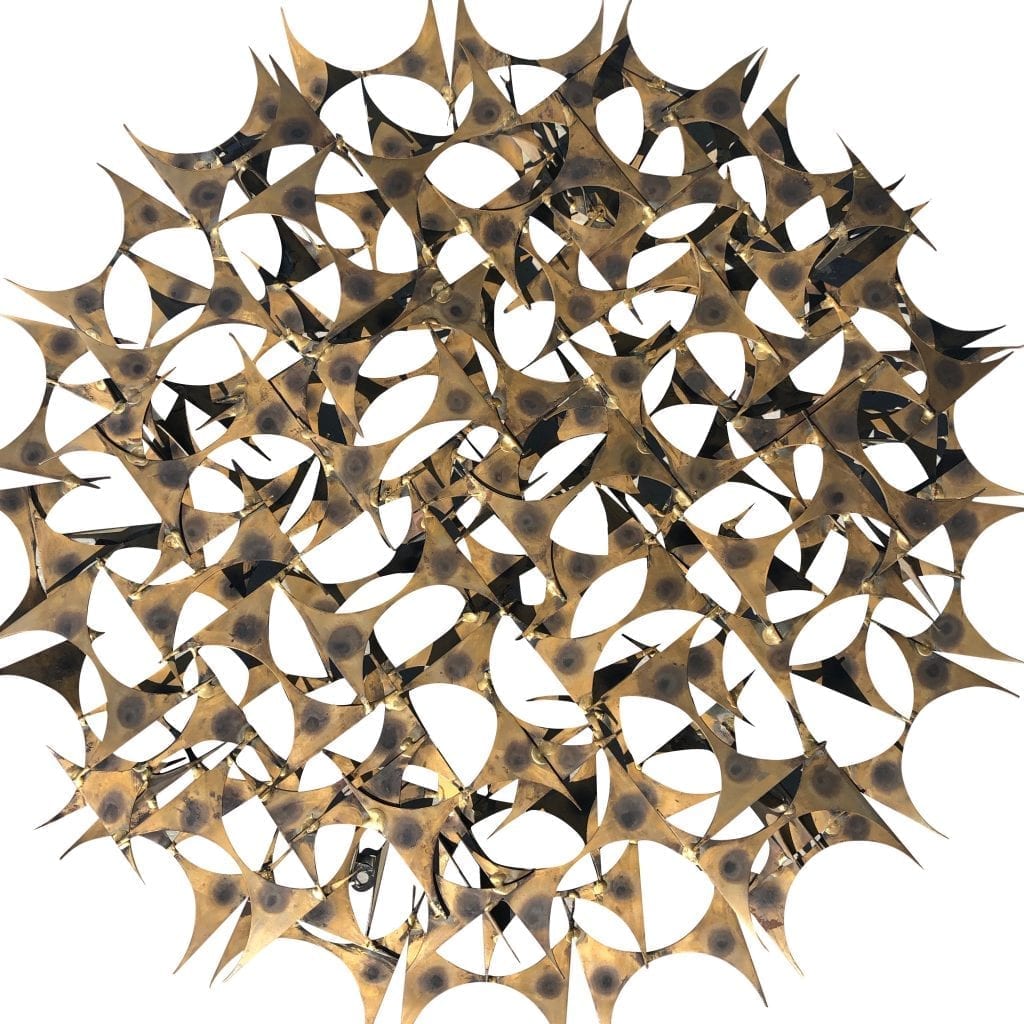 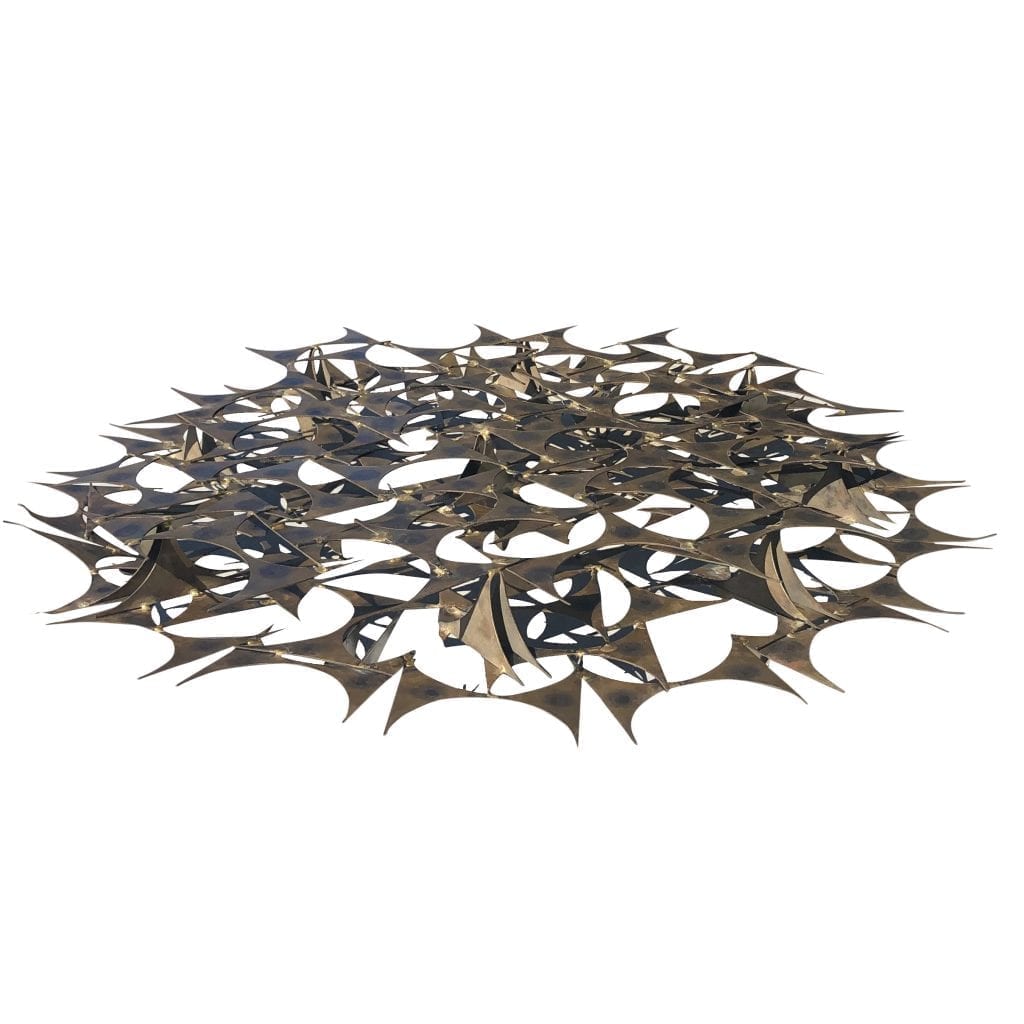 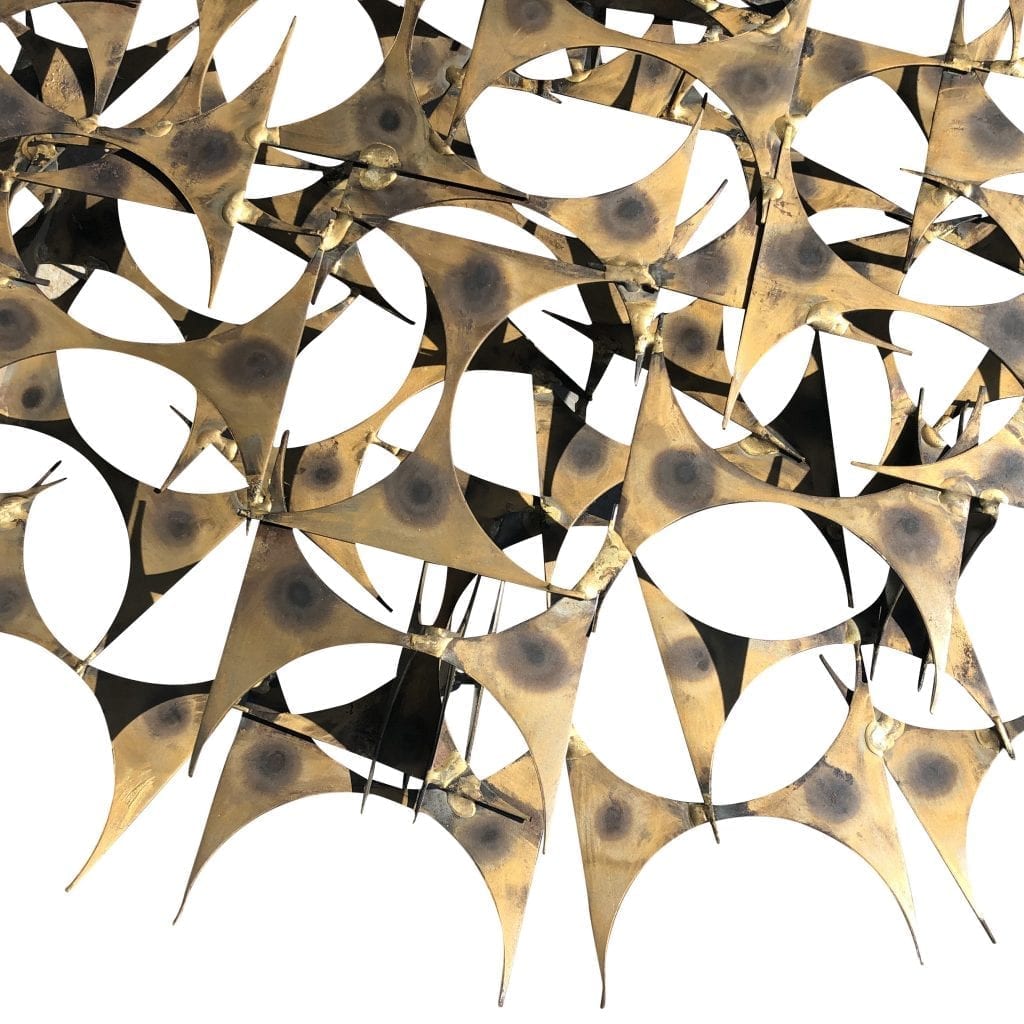 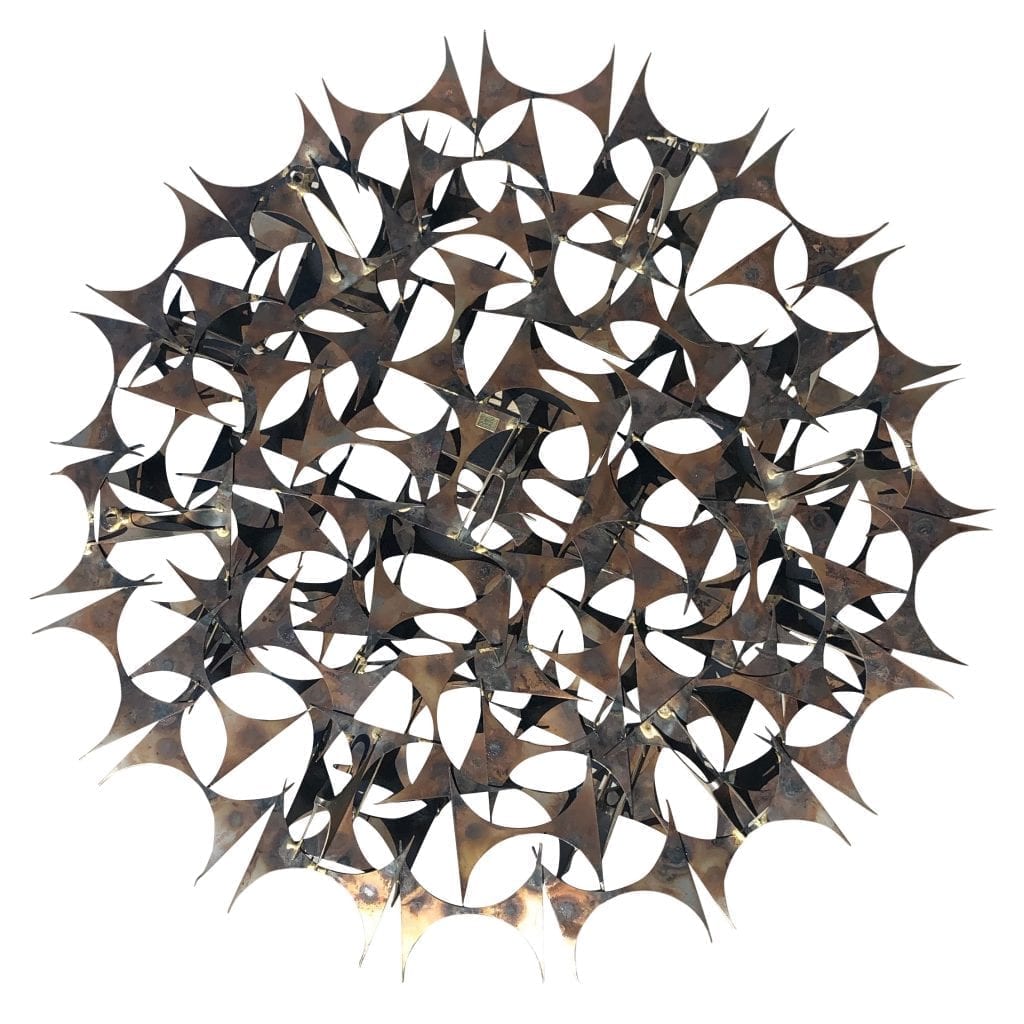 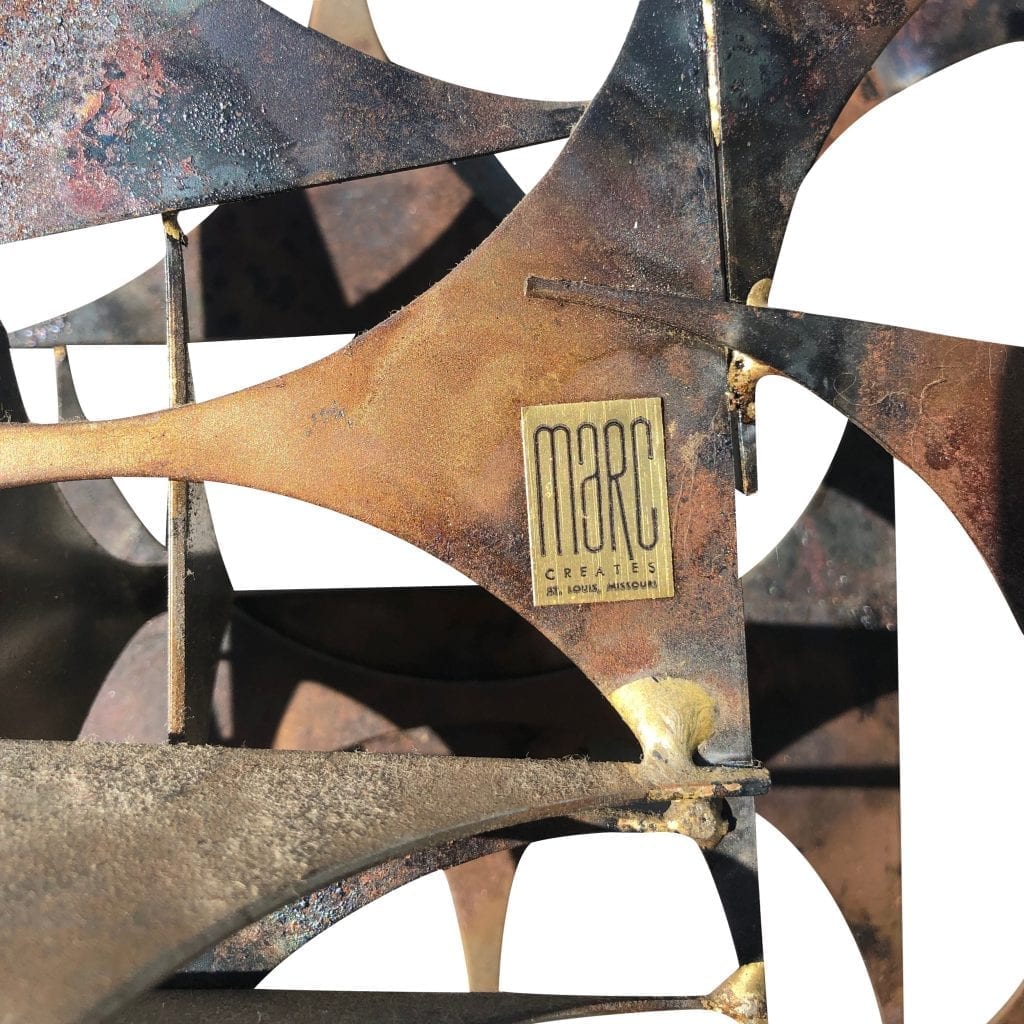 A large, vintage Mid-Century modern American sculpture made of hand crafted gilded metal and brass. Designed and produced by Marc Weinstein in good condition. Wear consistent with age and use. Circa 1960 - 1975, United States.

Marc Weinstein was an American artist, inventor and a designer born in Saint Louis Missouri, United States of America and passed away in the United States. When Weinstein finished his high school, he started working with his father who owned a scrap metal yard. Soon he started designing, creating his own sculptures. Later on, in 1967, he opened his own studio Marc Creates Inc. in Saint Louis and sold his art all-over the world, circa 1970, USA. 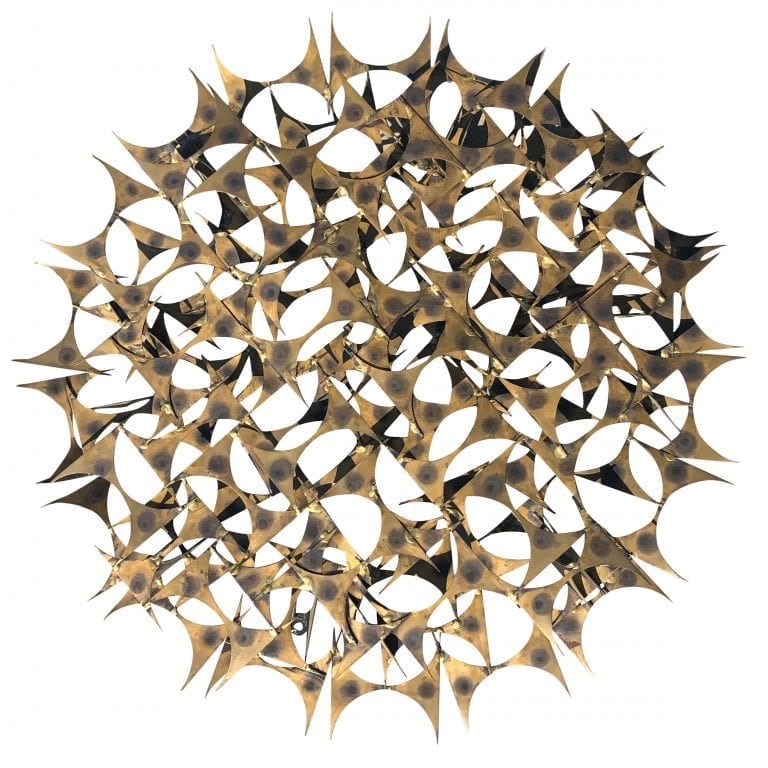