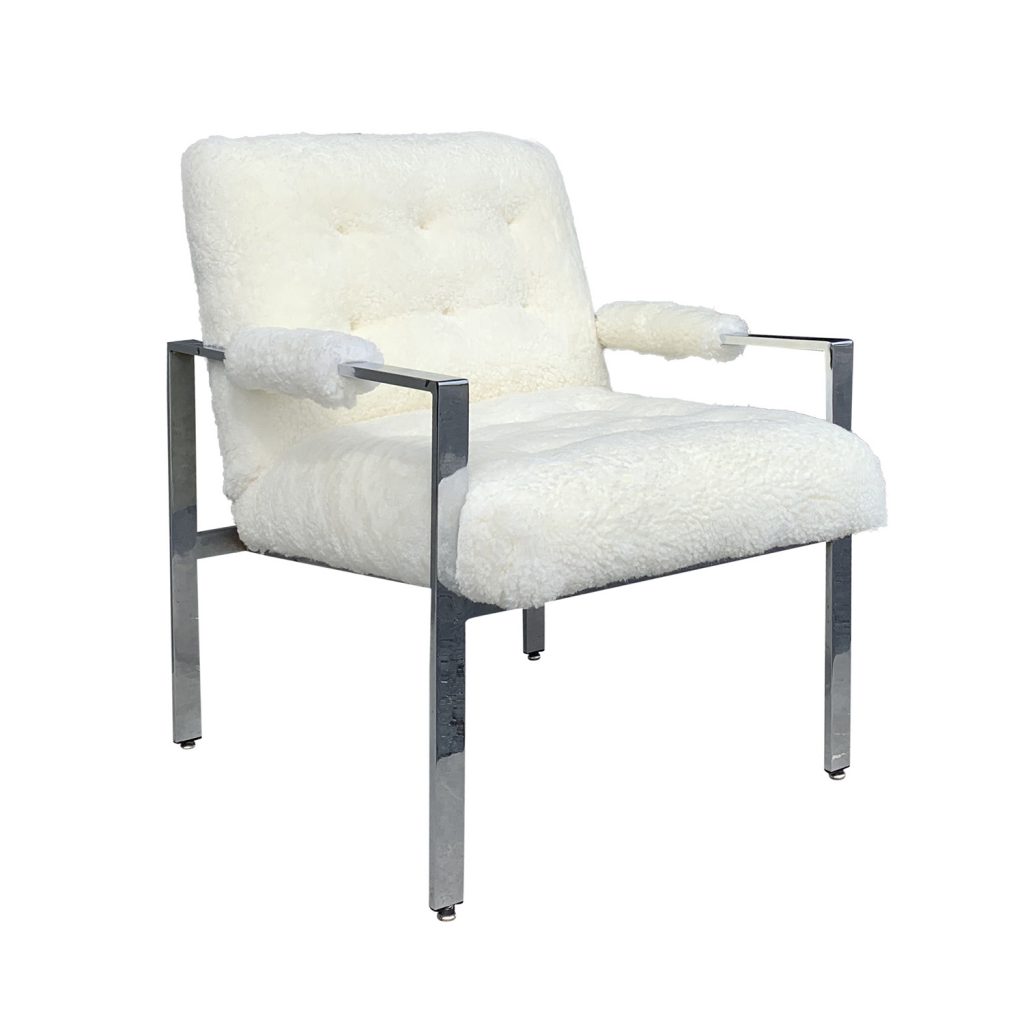 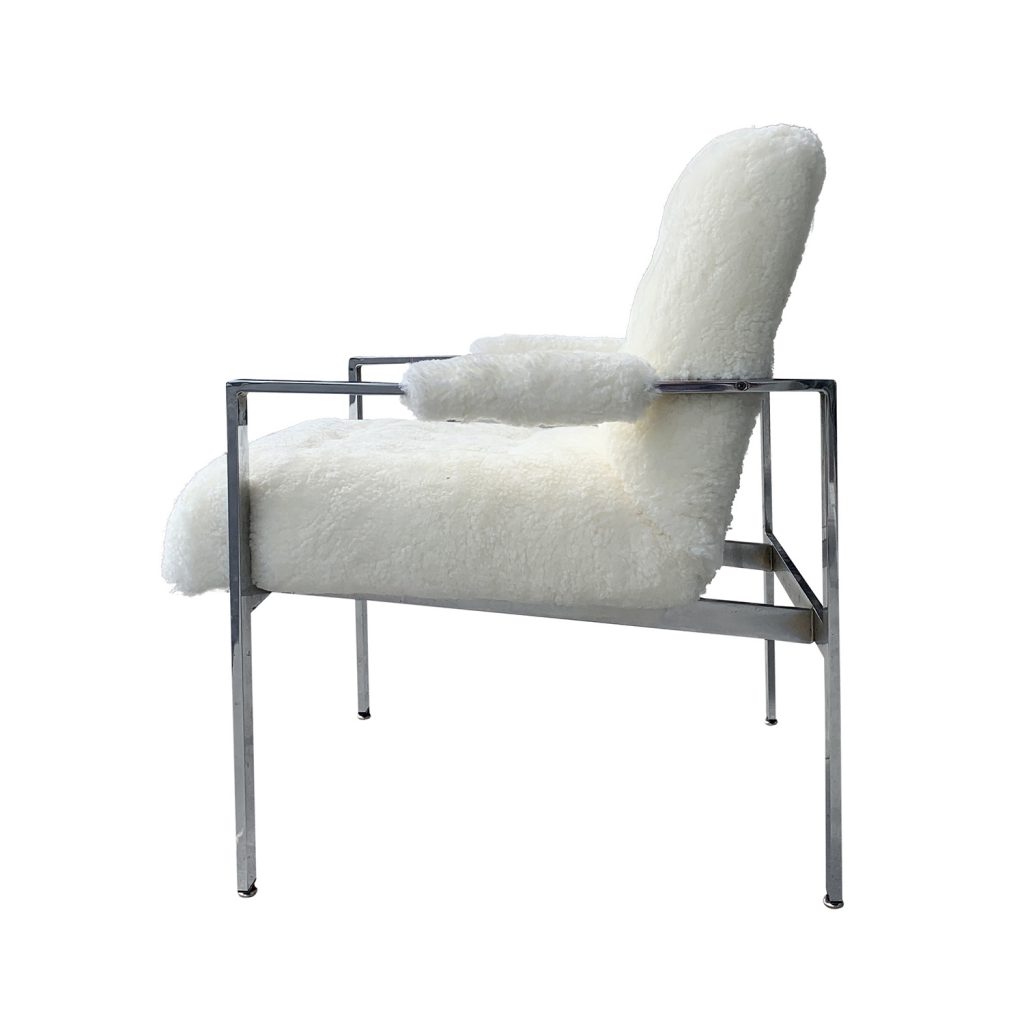 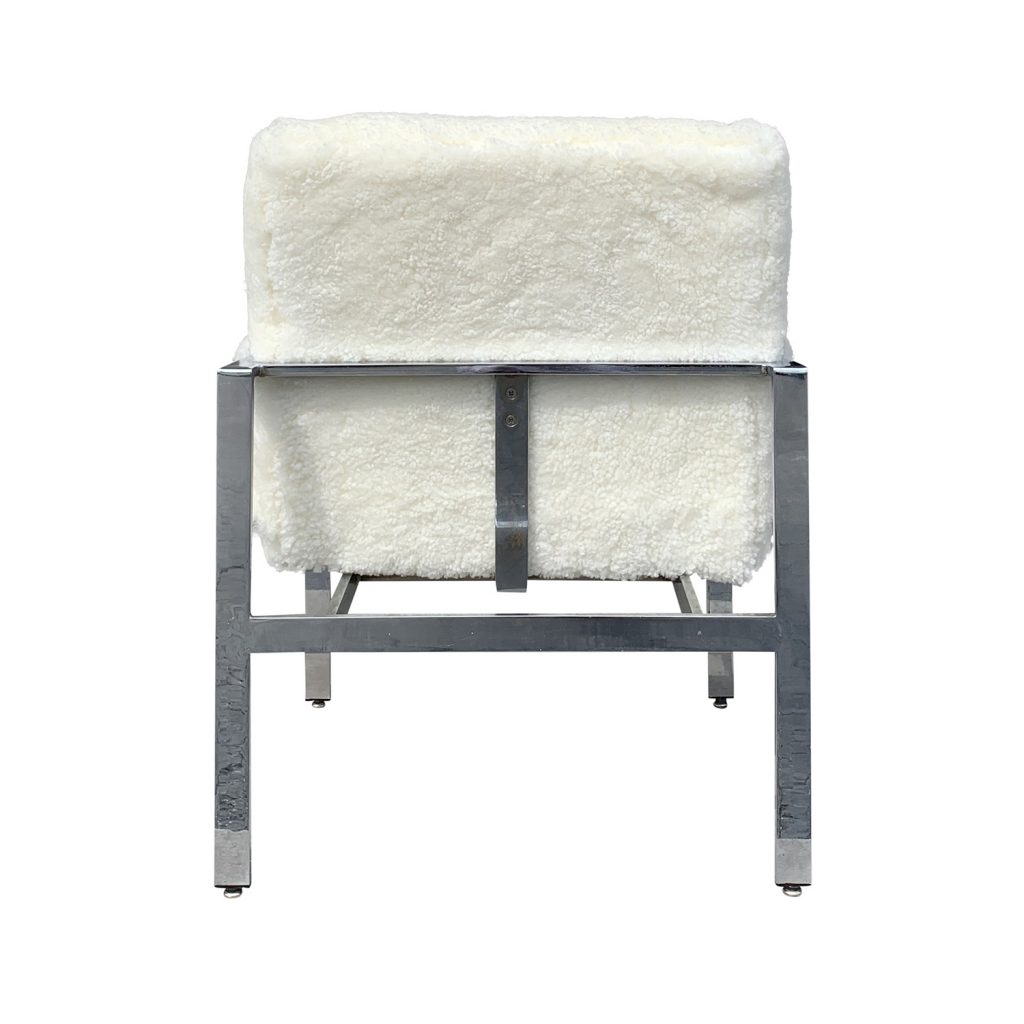 A vintage Mid-Century Modern American armchair made of a chromed aluminum frame, designed by Milo Baughman in good condition. Newly upholstered in white natural sheepskin. Wear consistent with age and use. Circa 1960 - 1970, United States.

View all Milo Baughman originals in our collection.

Milo Ray Baughman, Jr. was an American modern furniture designer born in 1923 in Goodland Kansas, United States and passed away in 2003. At an early age, Baughman learned the basic skills of designing furniture. He studied architectural design at the Art Center School in Los Angeles and at Chouinard Art Institute. After his studies, Baughman started working as a designer at the Frank Brothers furniture store. In 1947, he started his own company Baughman Design Inc. In 1947, Milo Baughman was inducted into the Furniture Designer’s Hall of Fame.