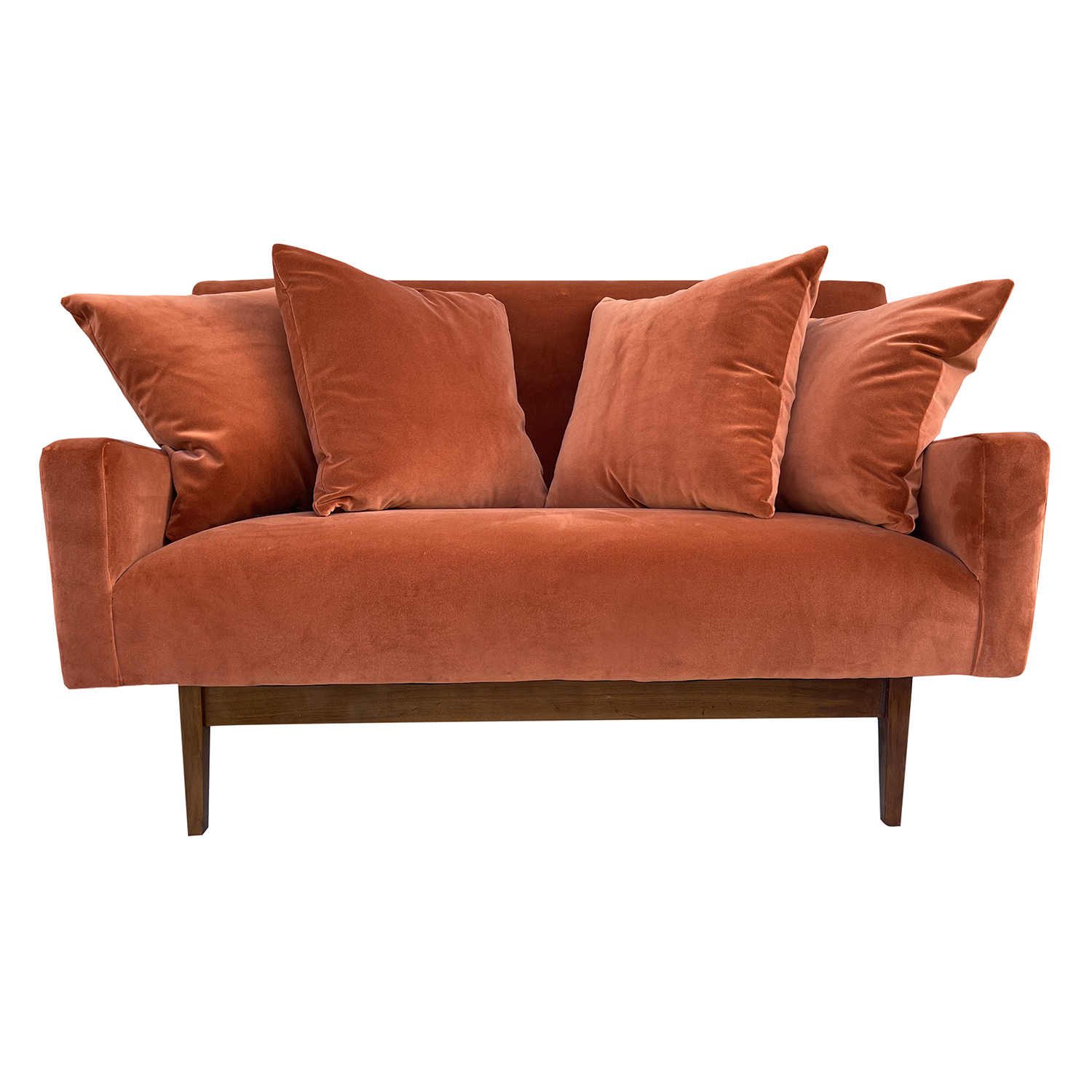 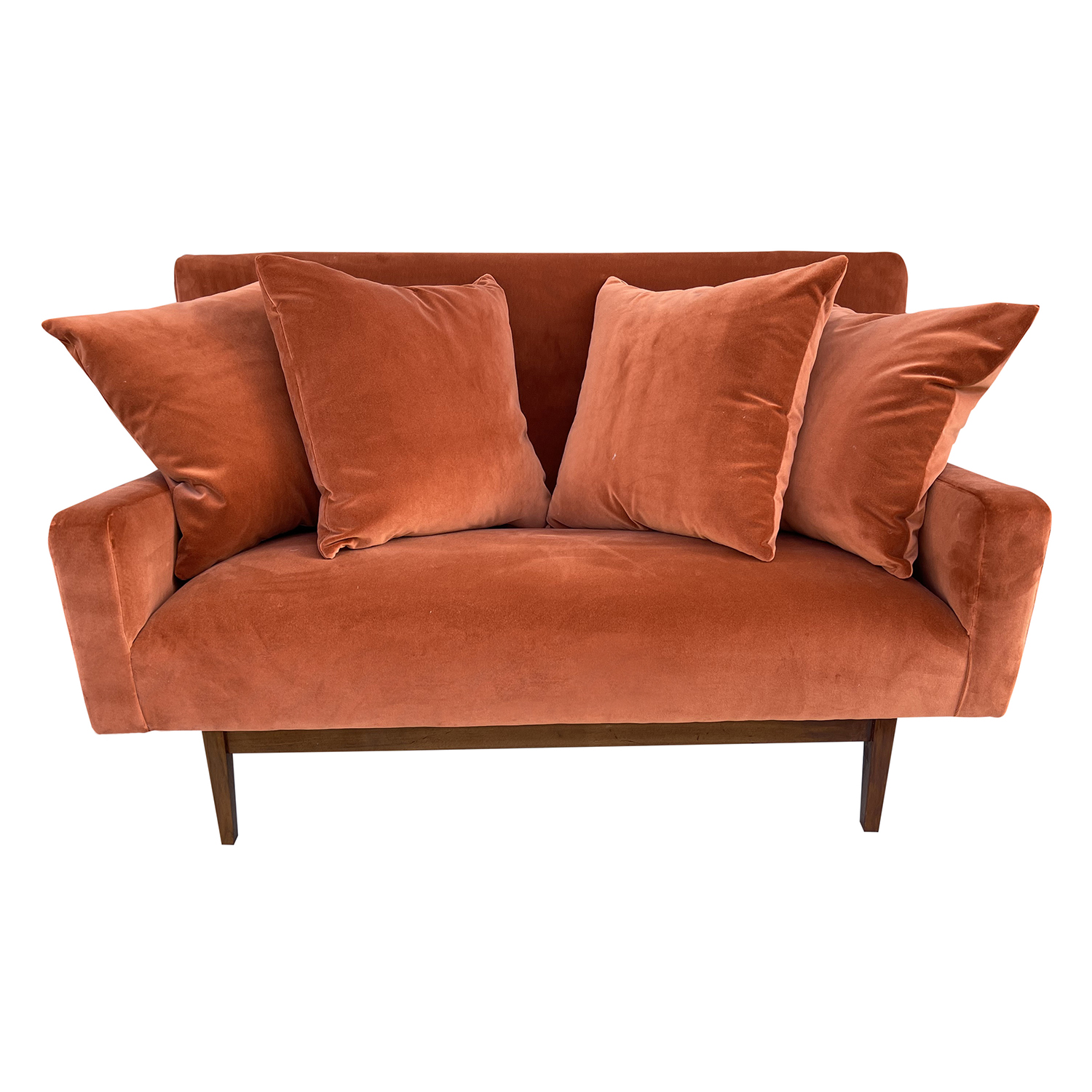 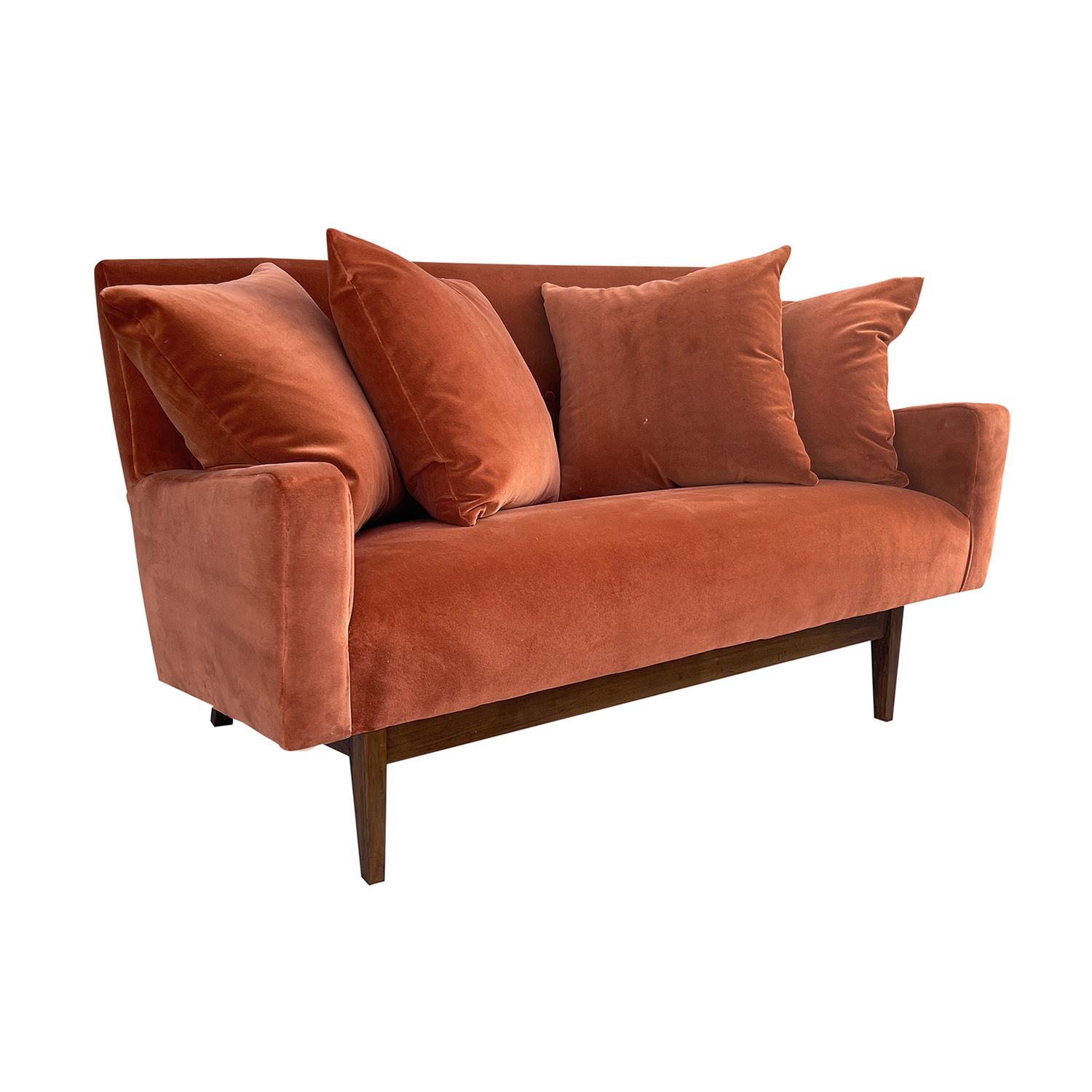 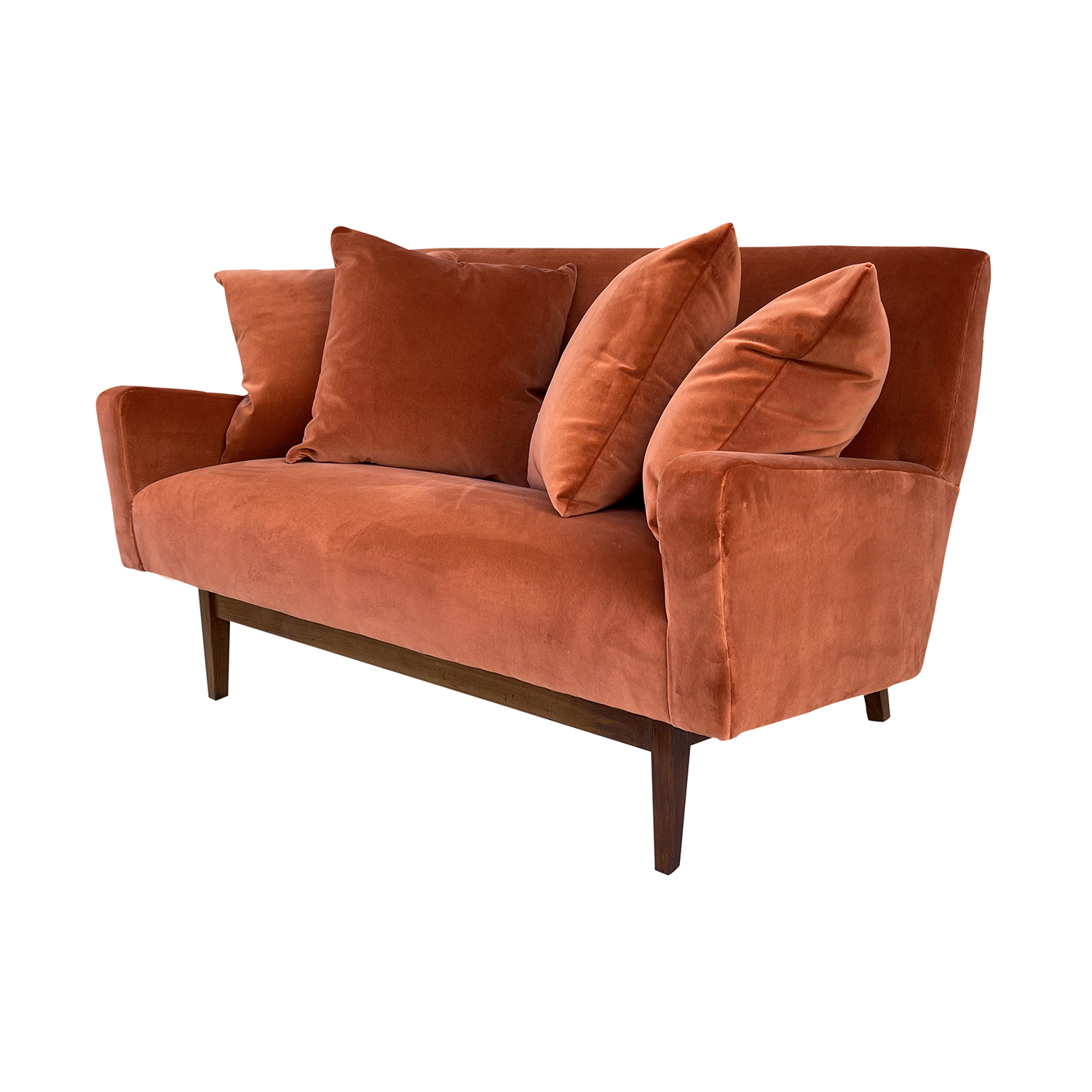 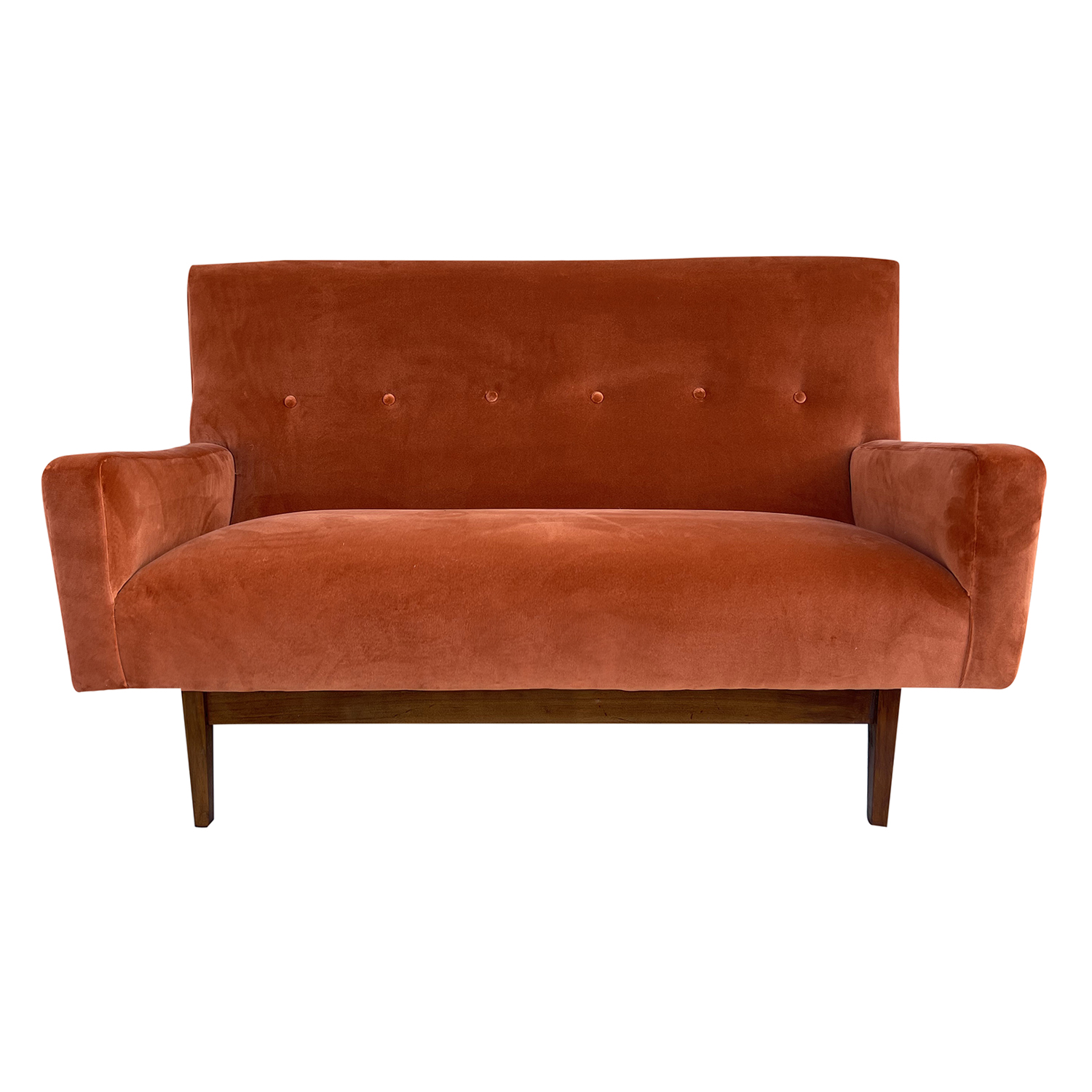 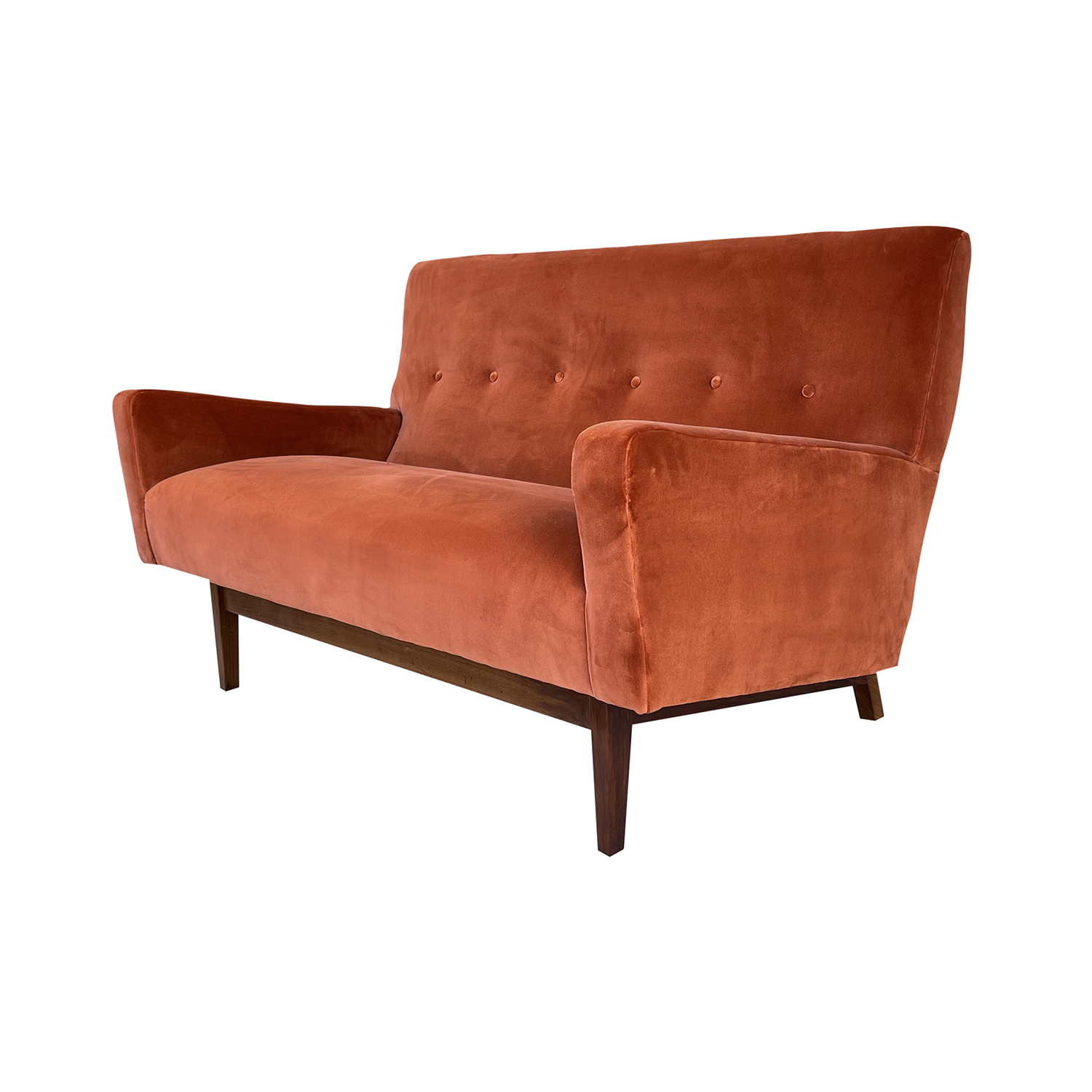 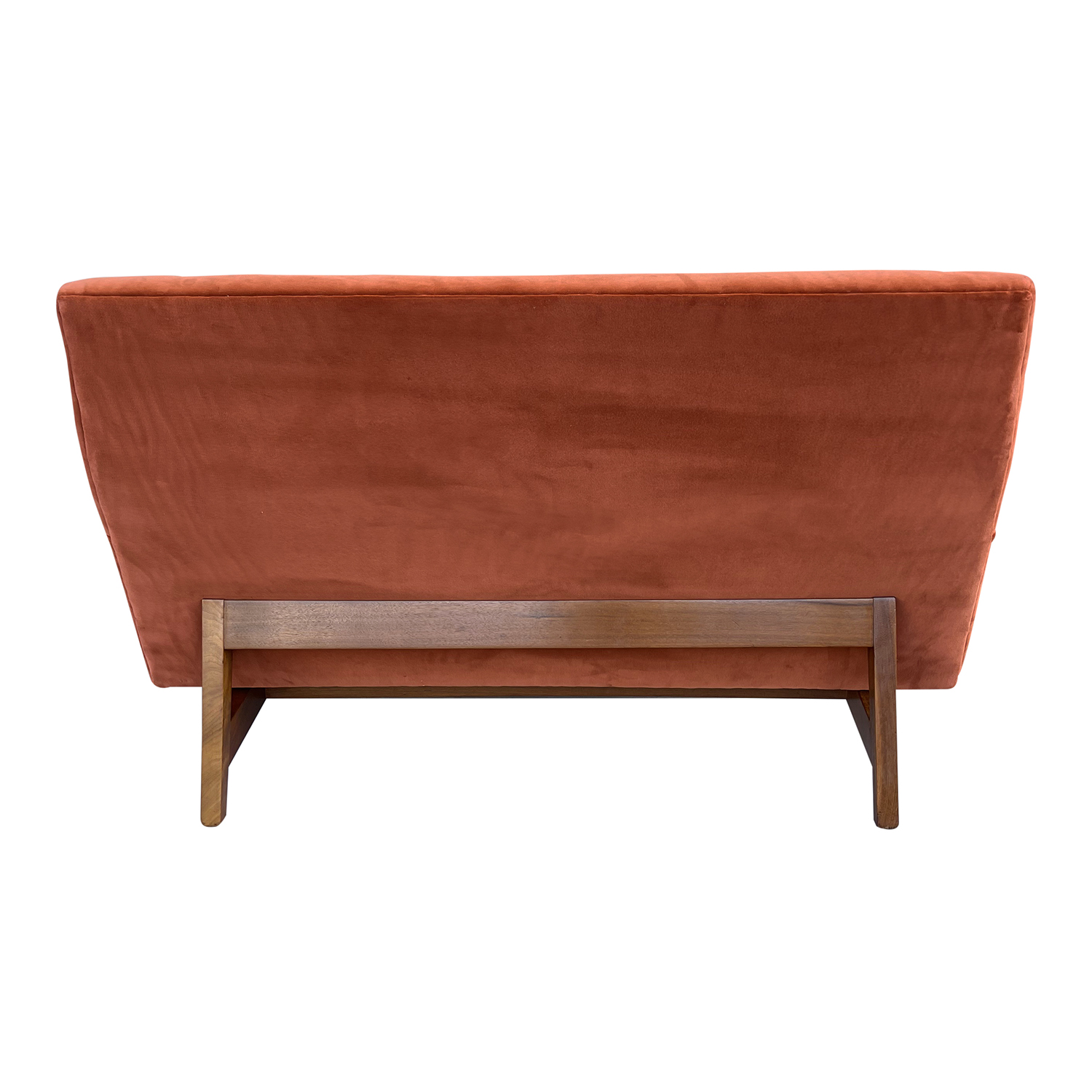 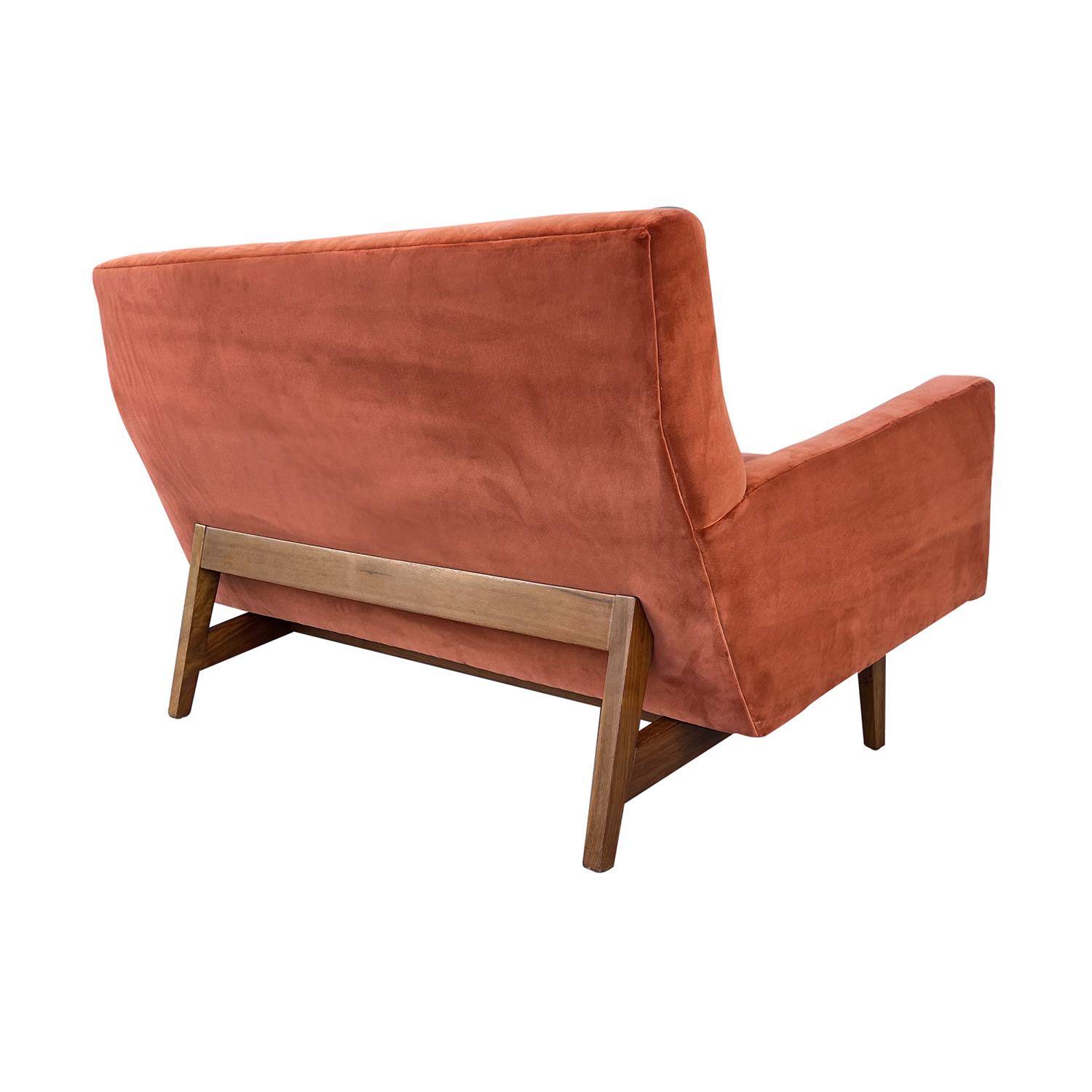 A small, vintage Mid-Century modern American two seater sofa or settee with four pillows, designed and produced by Jens Risom Design, Model U-151, in good condition. The back rest of the divano is slightly reclined with a button-tufted back and two straight arms. It is supported by a hand carved Walnut frame, standing on four small curved wooden feet. Newly upholstered in a burnt orange velvet. Wear consistent with age and use. Circa 1955, New York, United States.

Jens Risom was a Danish, American furniture designer born in 1916, in Copenhagen, Denmark and passed away in 2016, in New Canaan, United States. He completed his apprenticeship as a designer at the Copenhagen School of Industrial Arts and Design, where was educated under the designers Ole Wanscher and Kaare Klint, his classmates were Hans Wegner and Børge Morgensen. After moving to New York in 1939 to study American design, he met Hans Knoll and they started the Hans Knoll Furniture Company. After the Second World War, he created his own firm, Jens Risom Design. Jens Risom is considered one of the first designers to introduce Scandinavian Design in the United States.