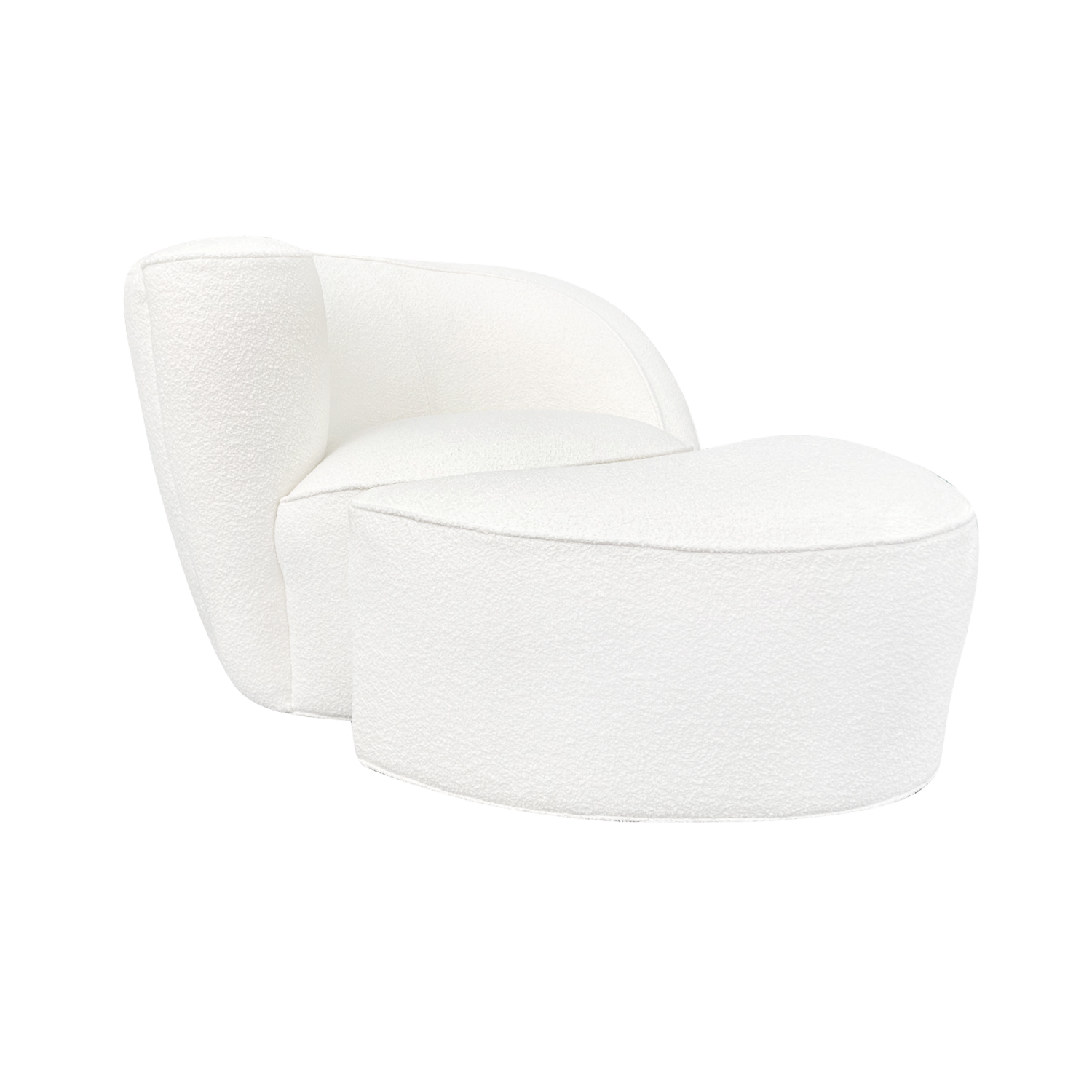 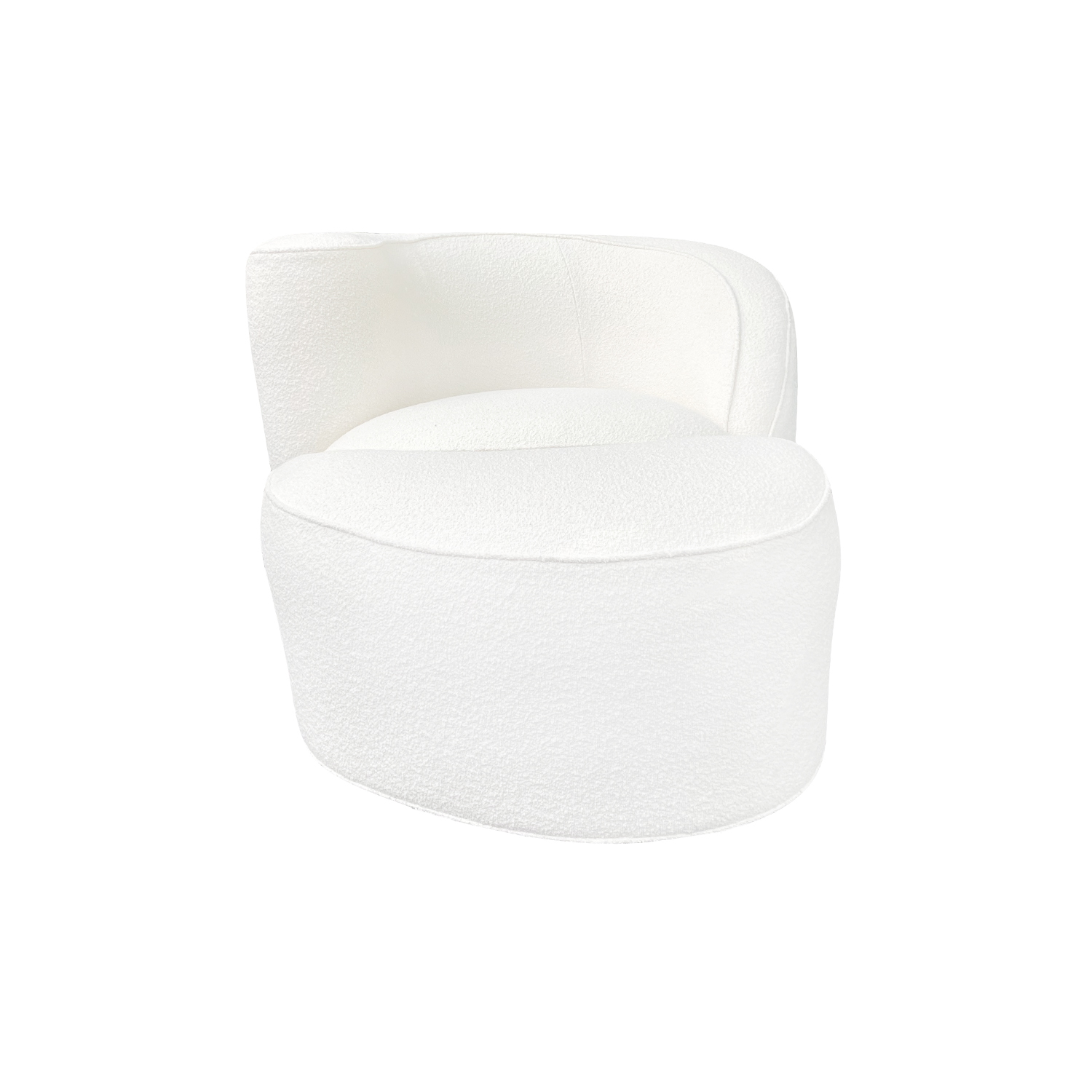 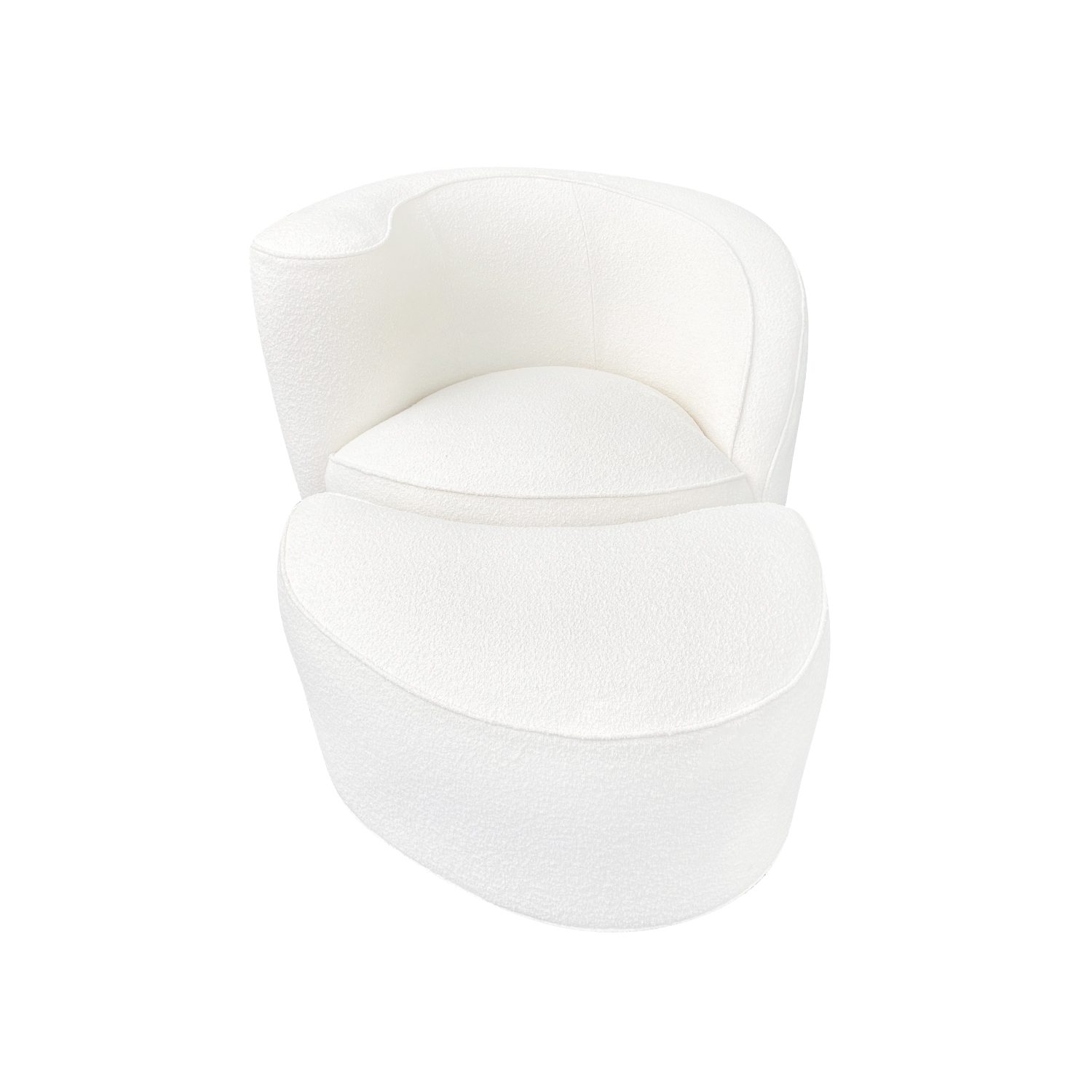 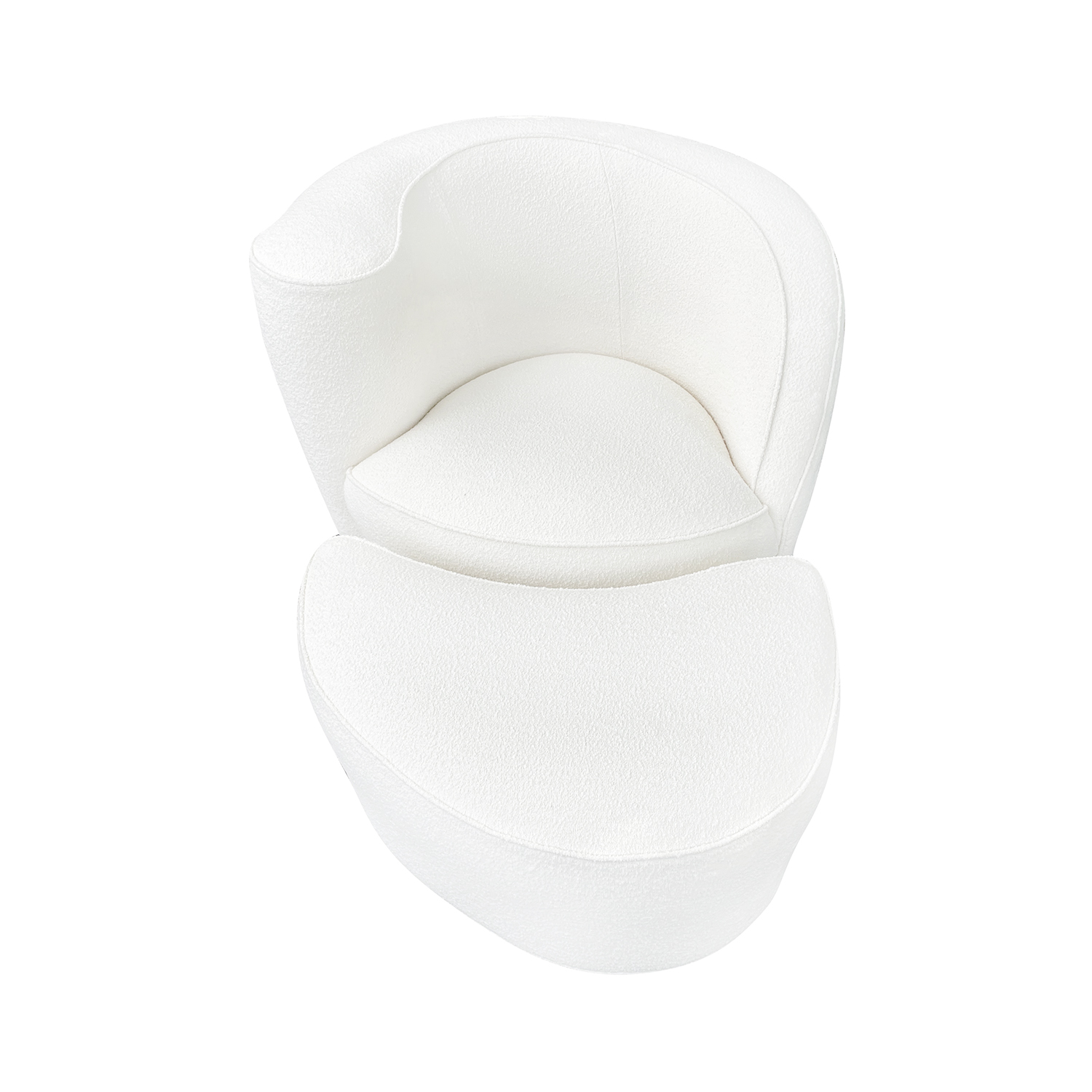 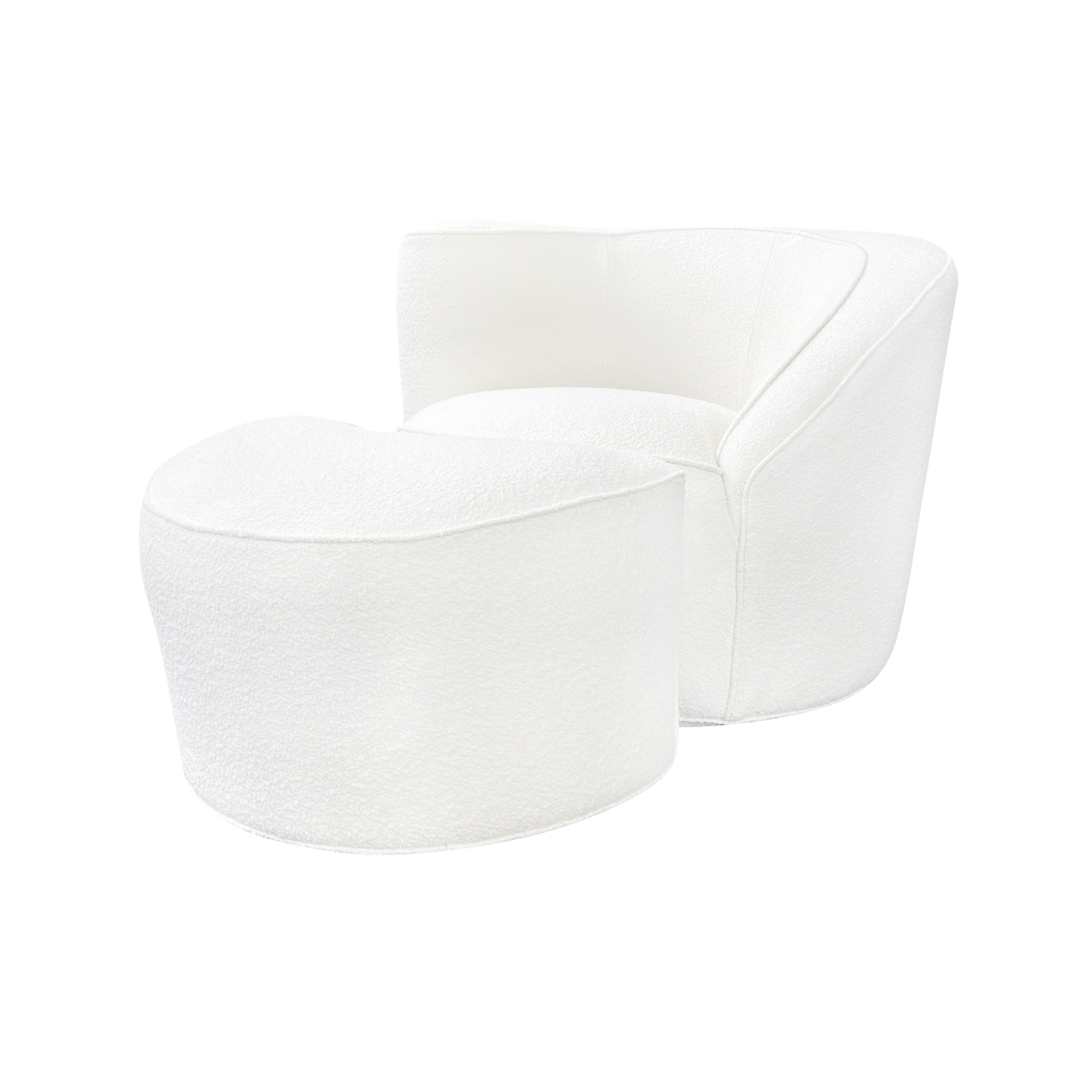 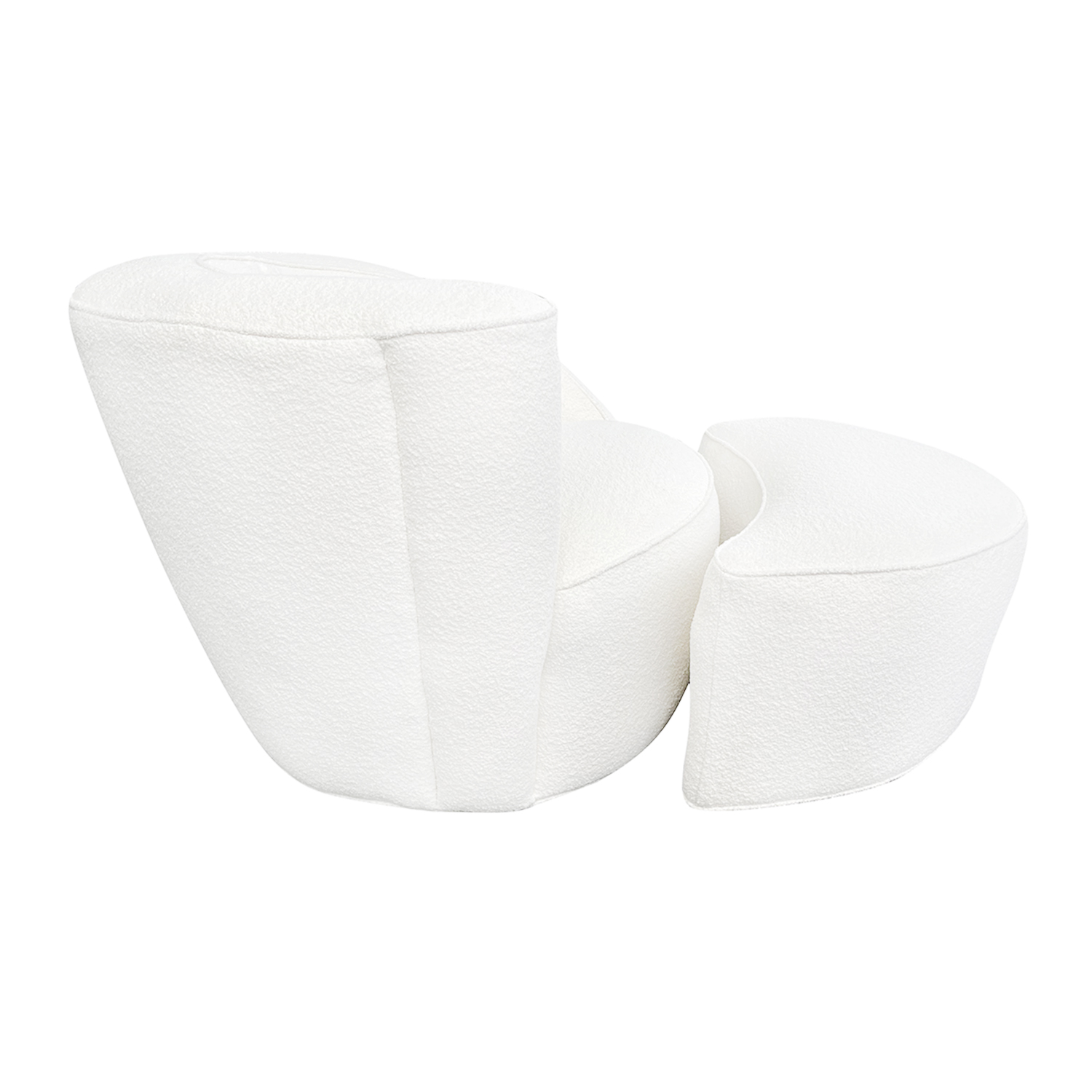 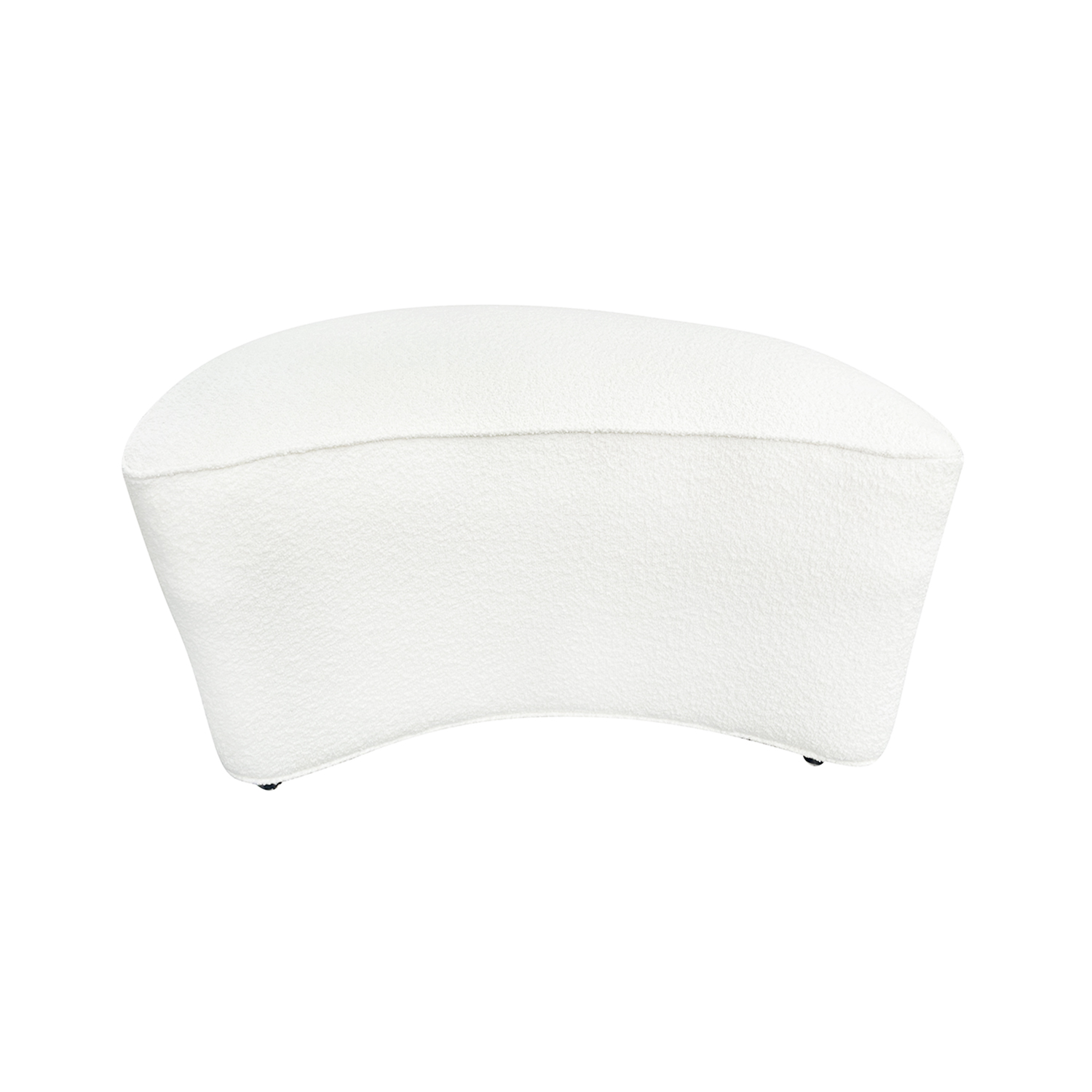 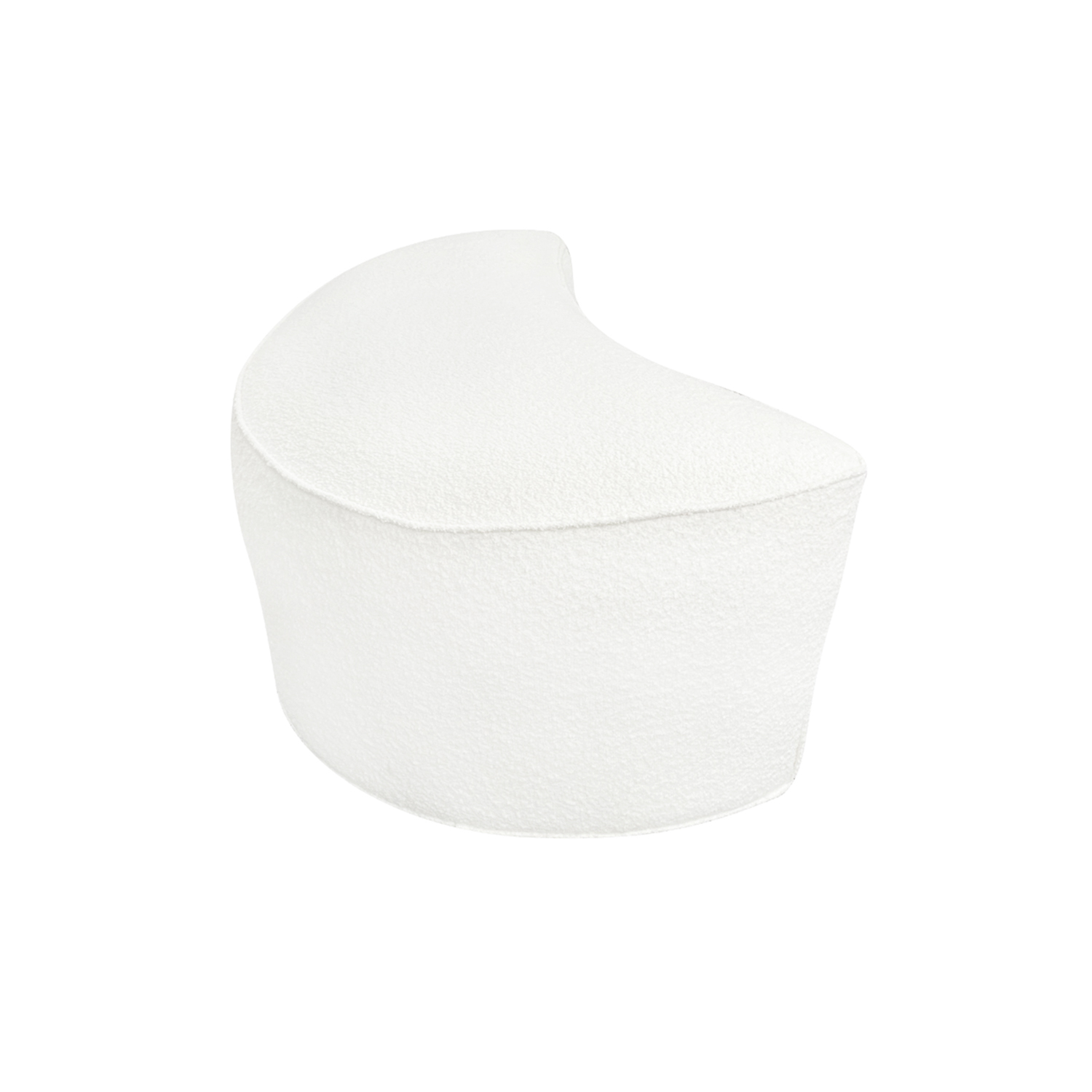 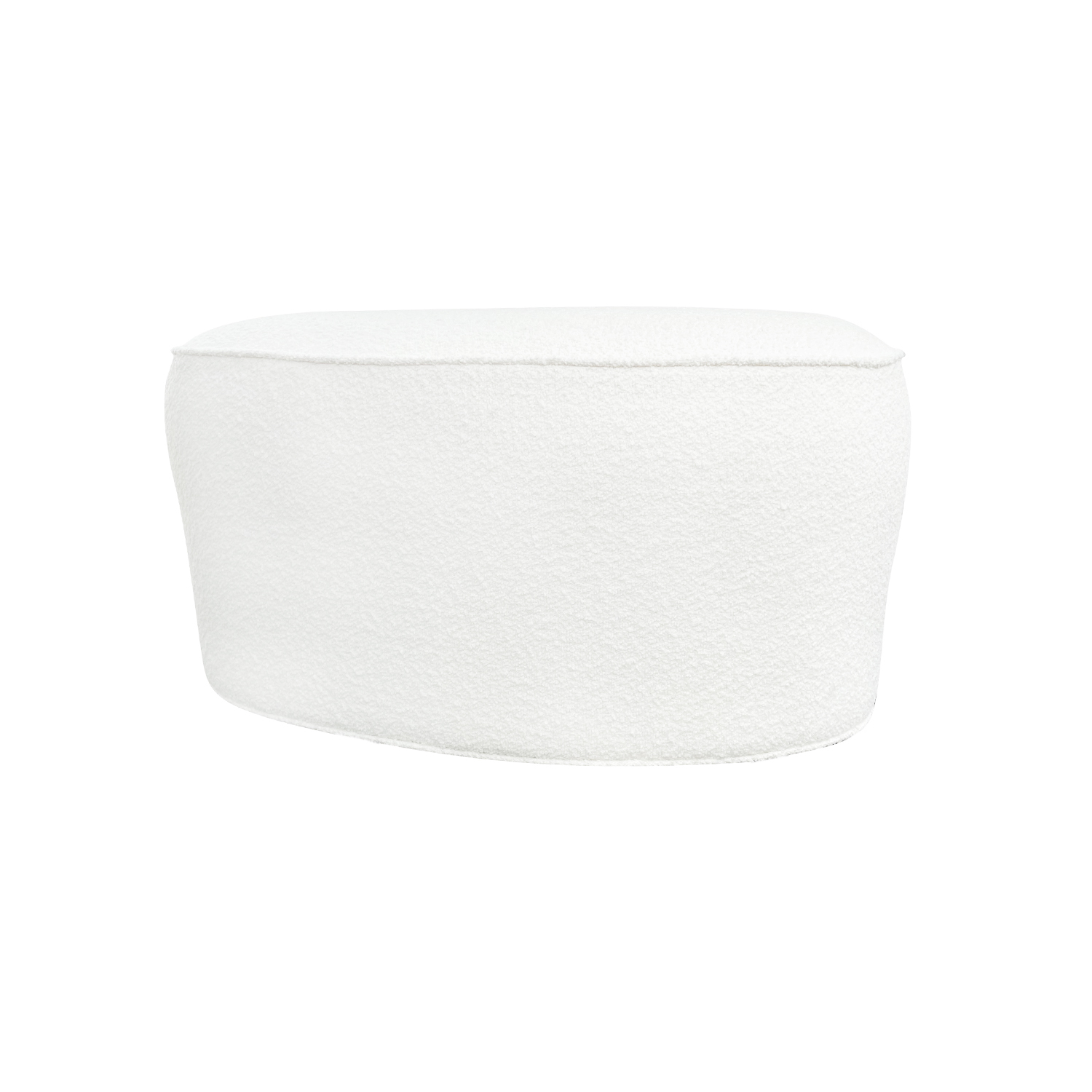 A vintage single Mid-Century modern American Nautilus lounge chair with a sculptural, half round moon shape ottoman, designed by Vladimir Kagan in good condition. The seat backrest of the swivel chair is curved, composed with a return swivel function. Newly upholstered in a white bouclé fabric from Pierre Frey. Wear consistent with age and use. Circa 1960 - 1970, United States.