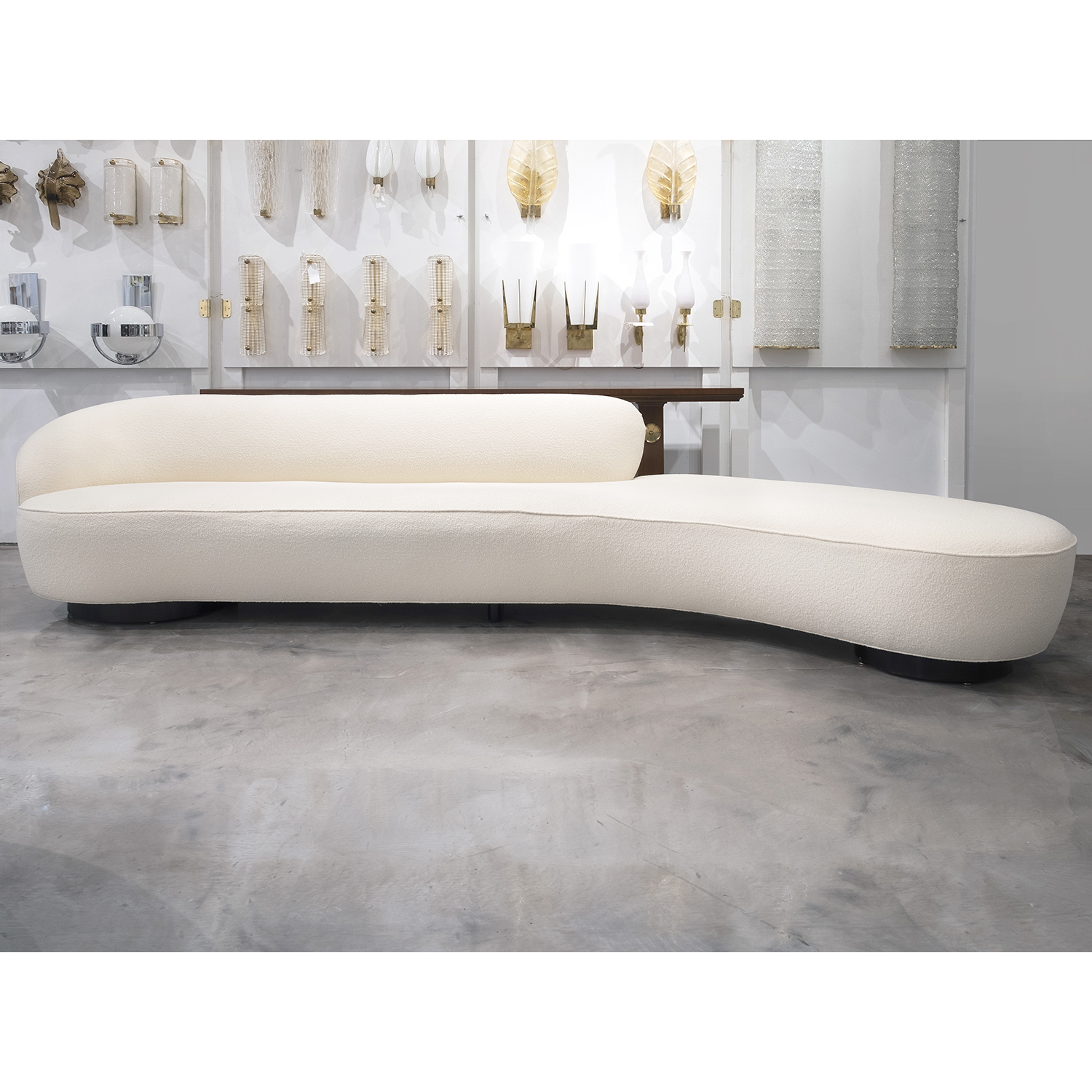 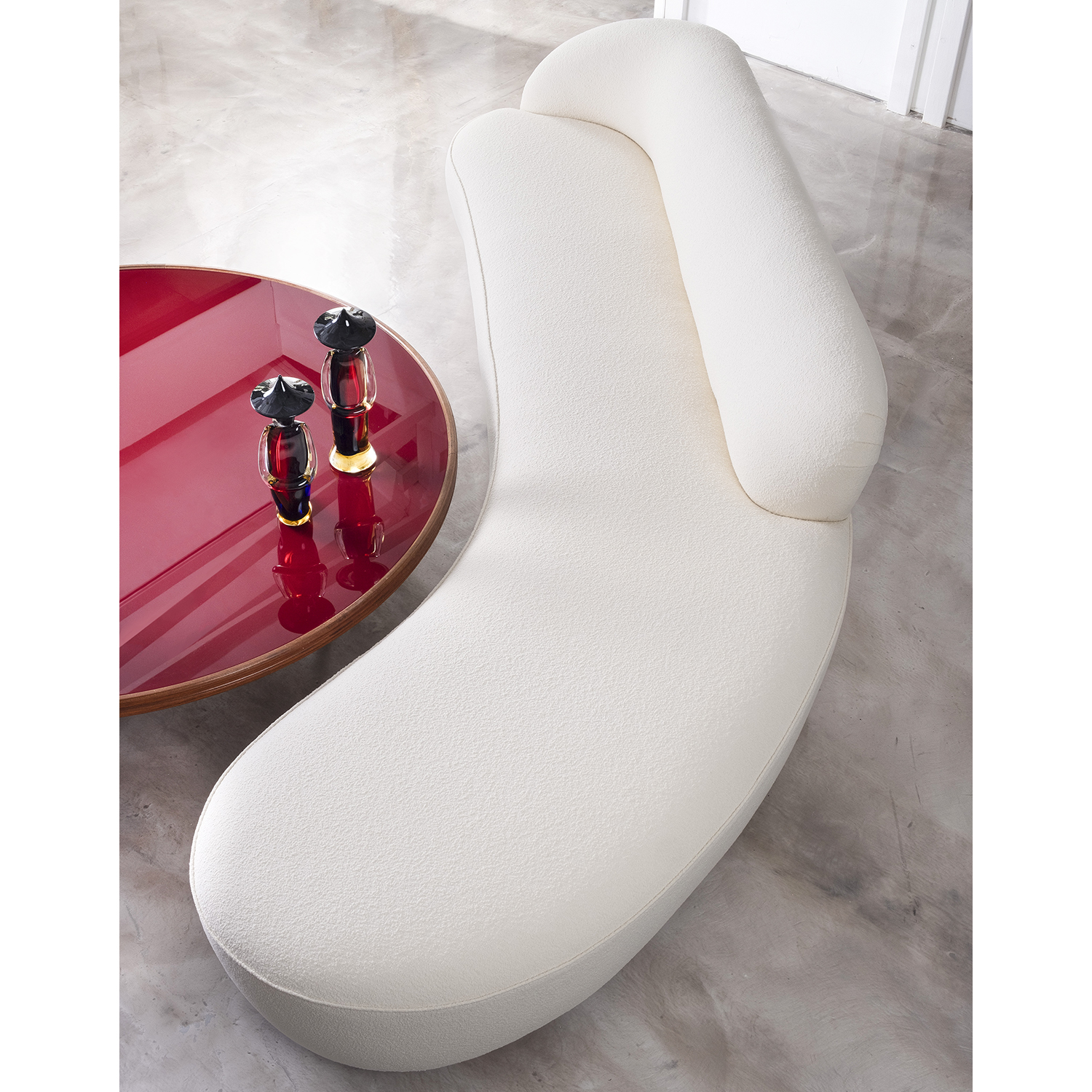 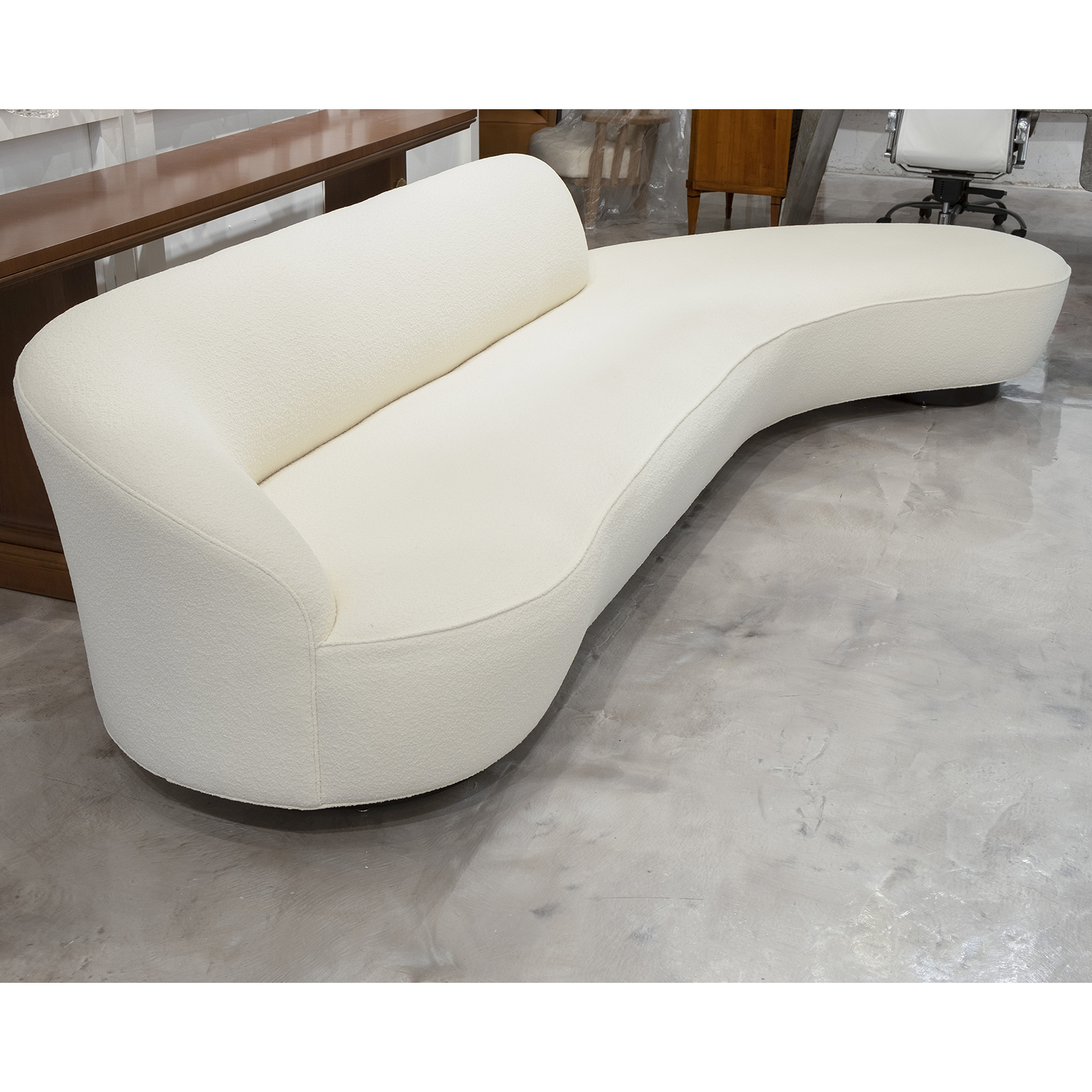 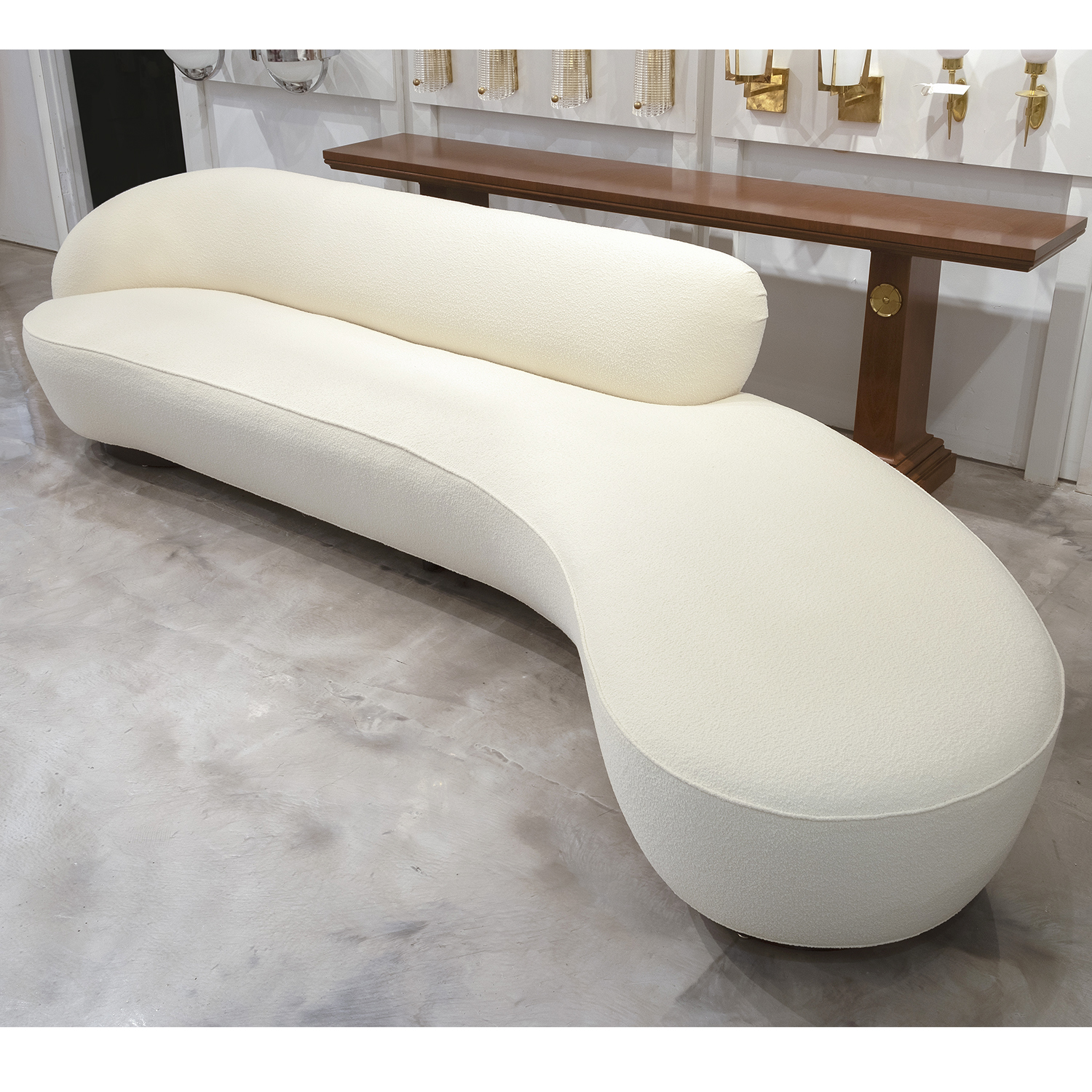 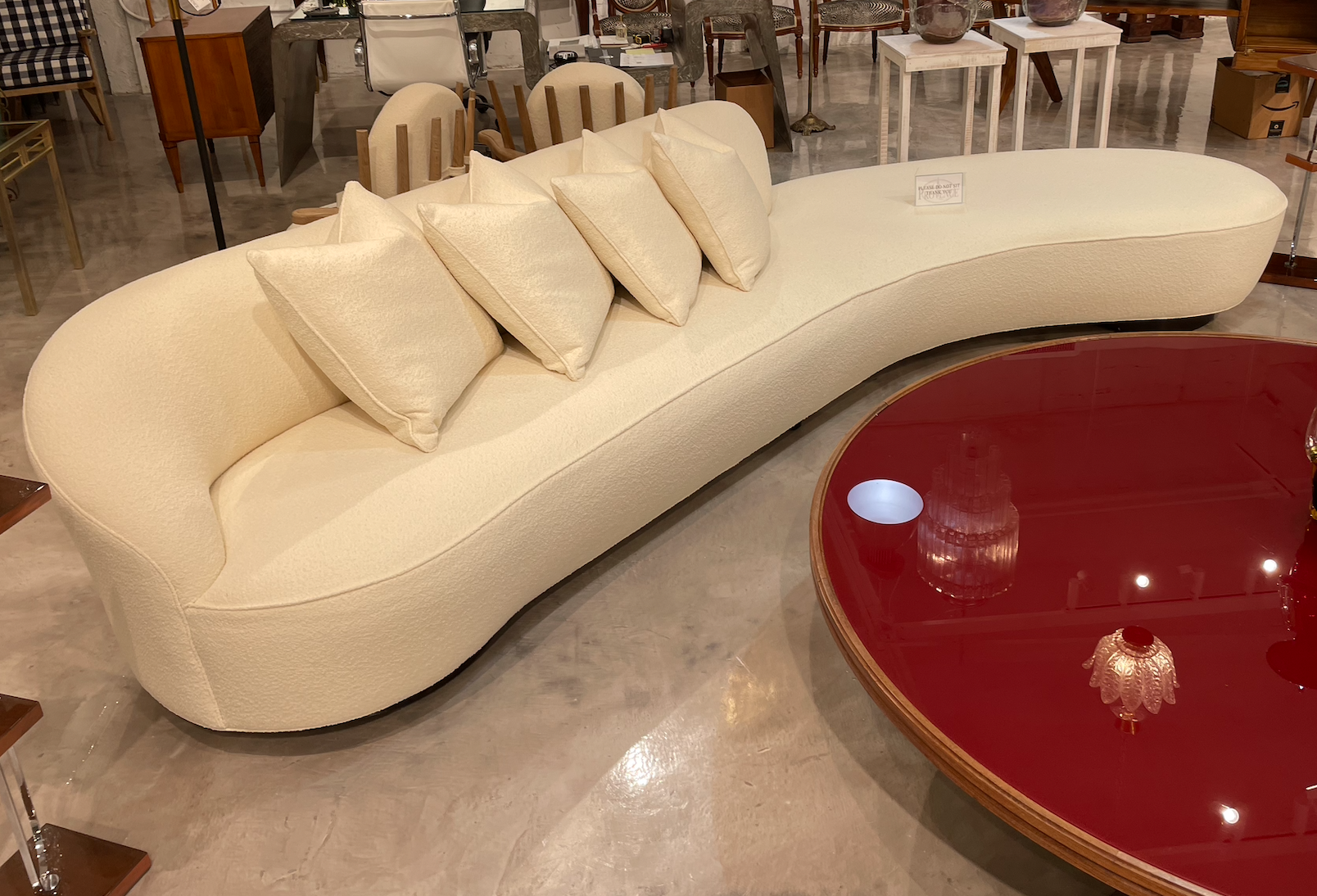 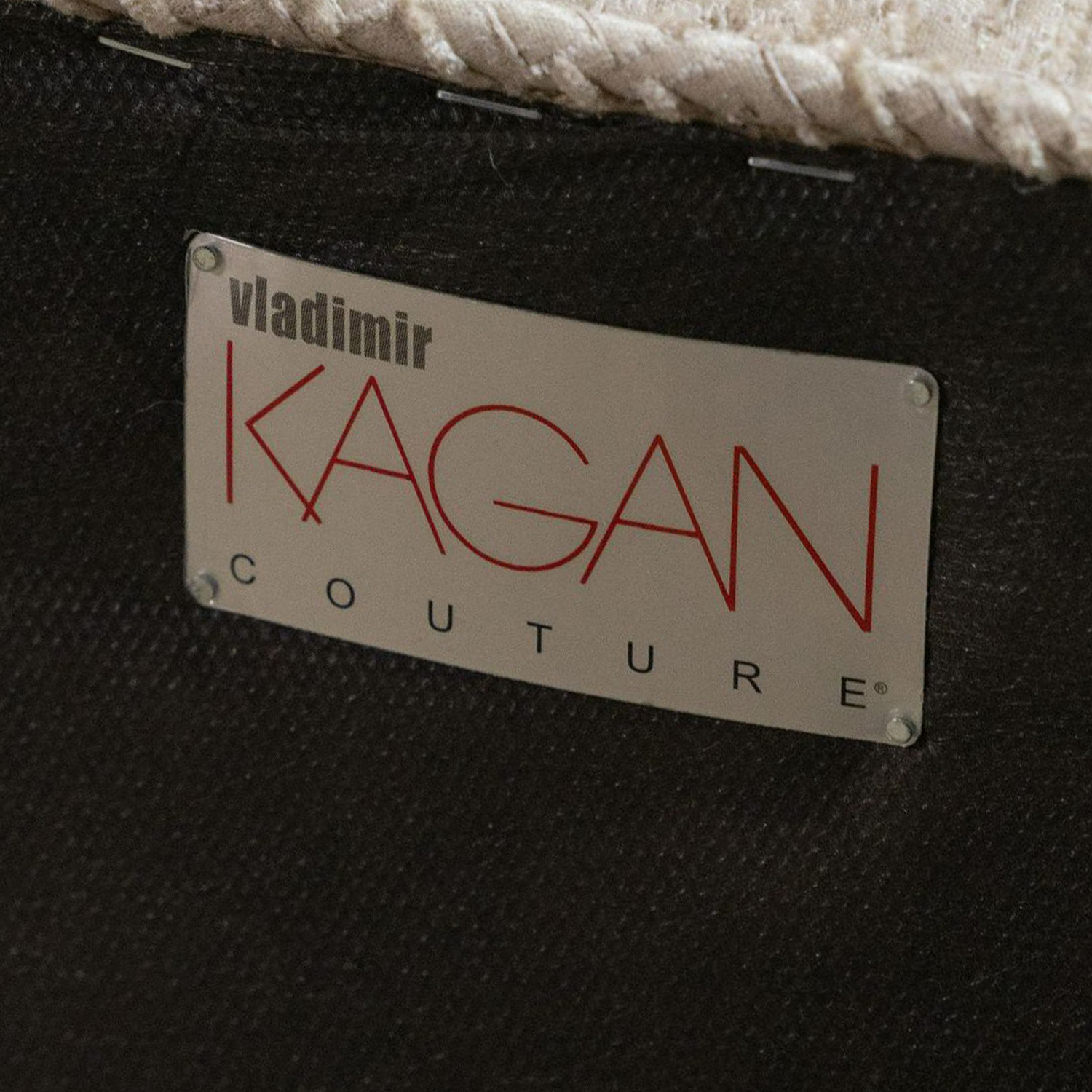 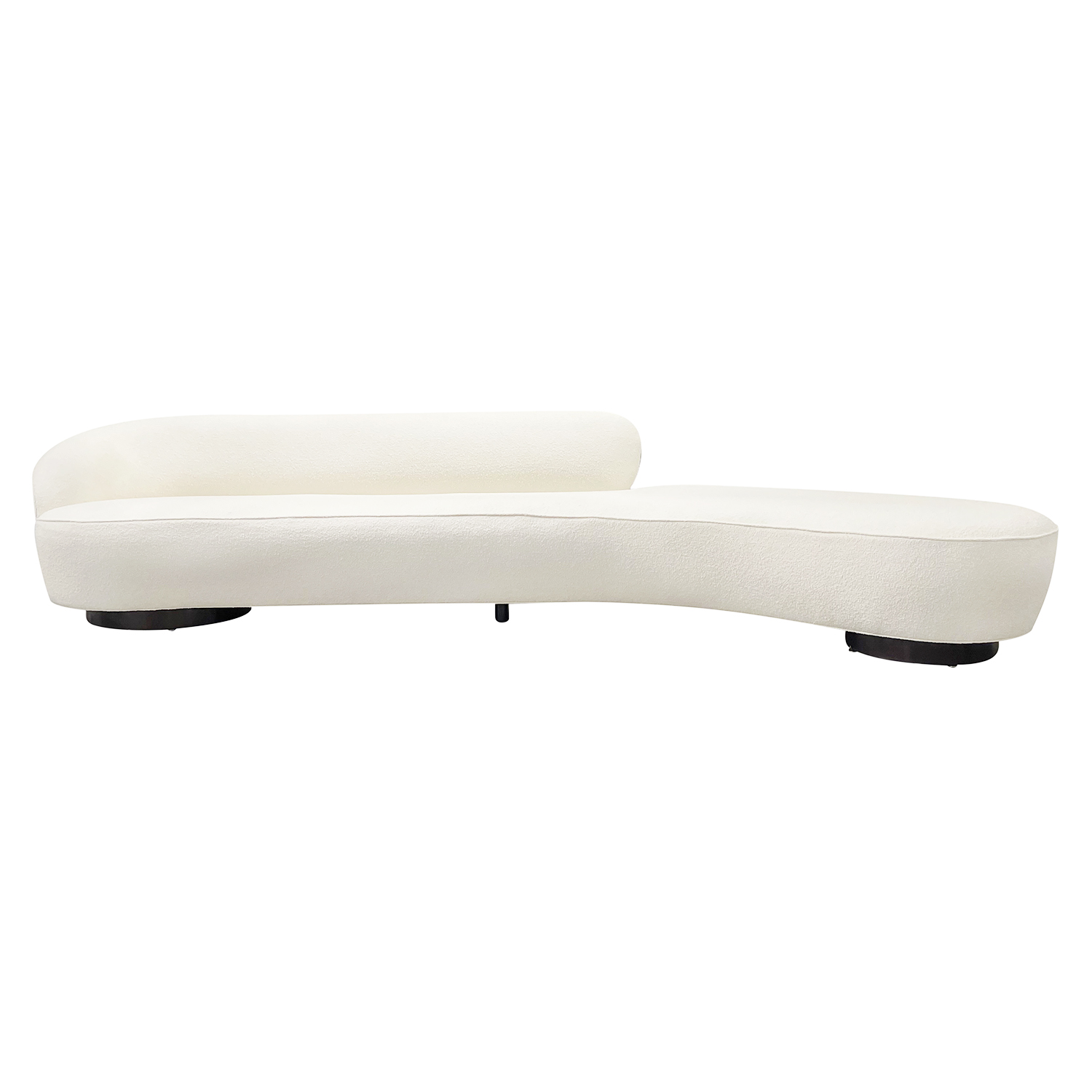 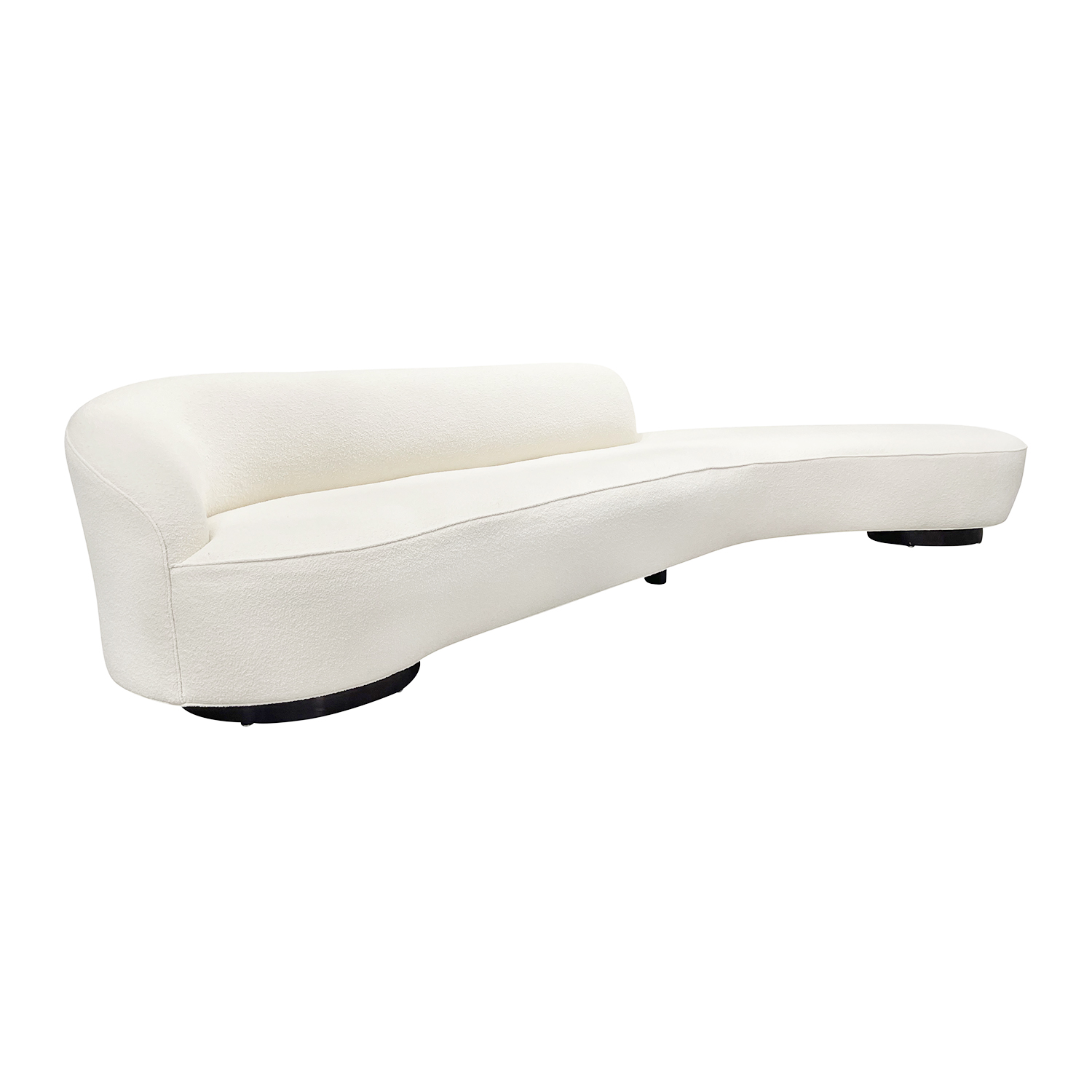 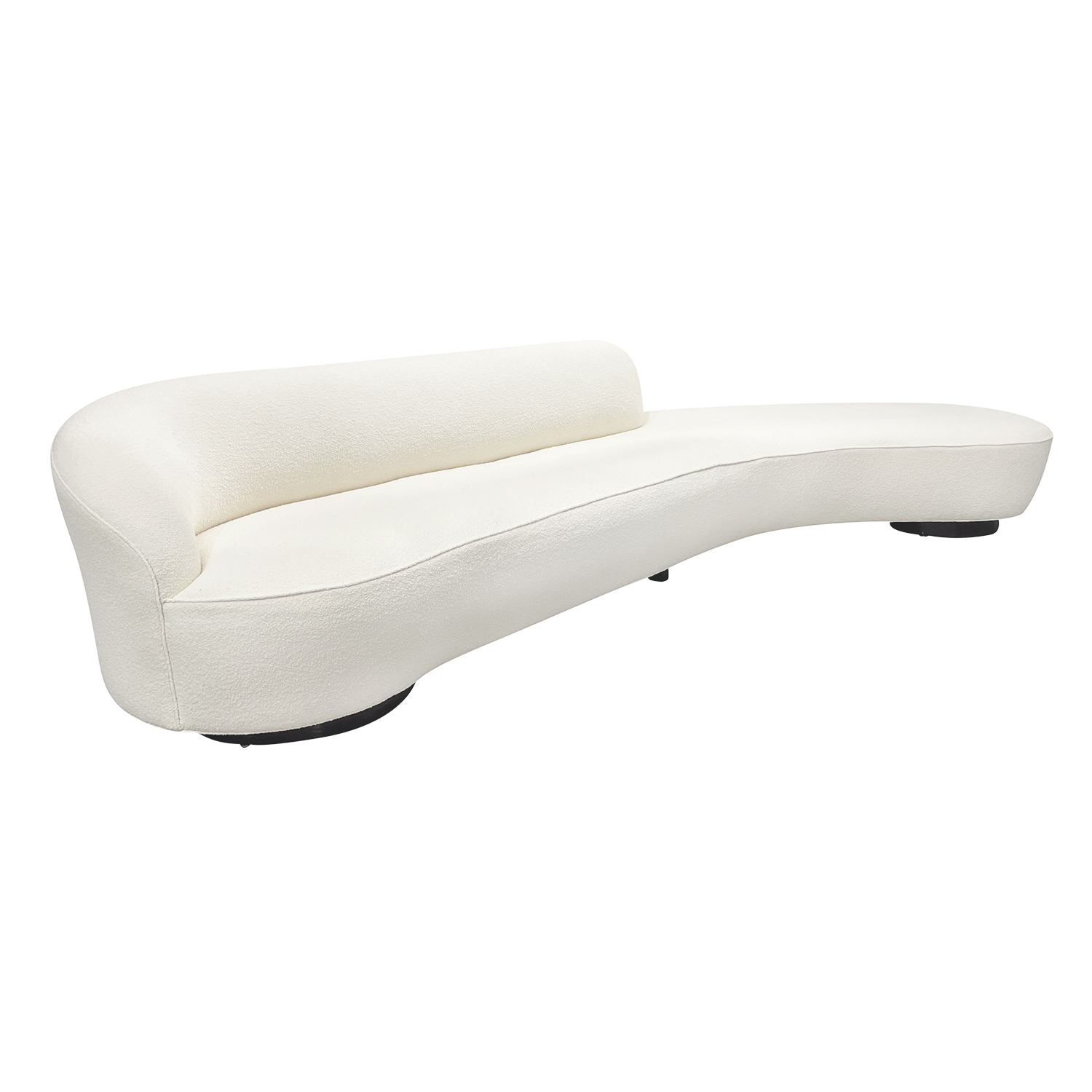 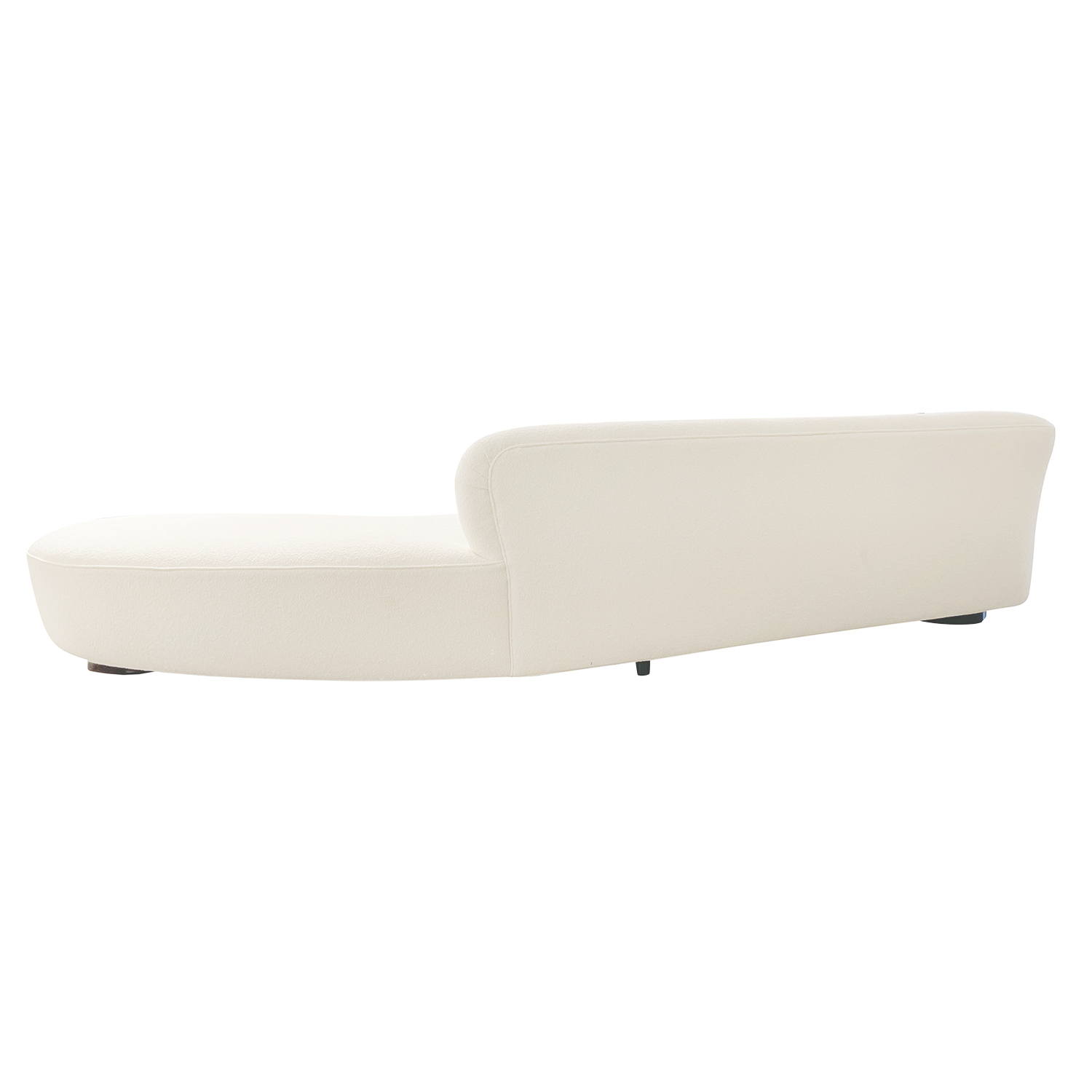 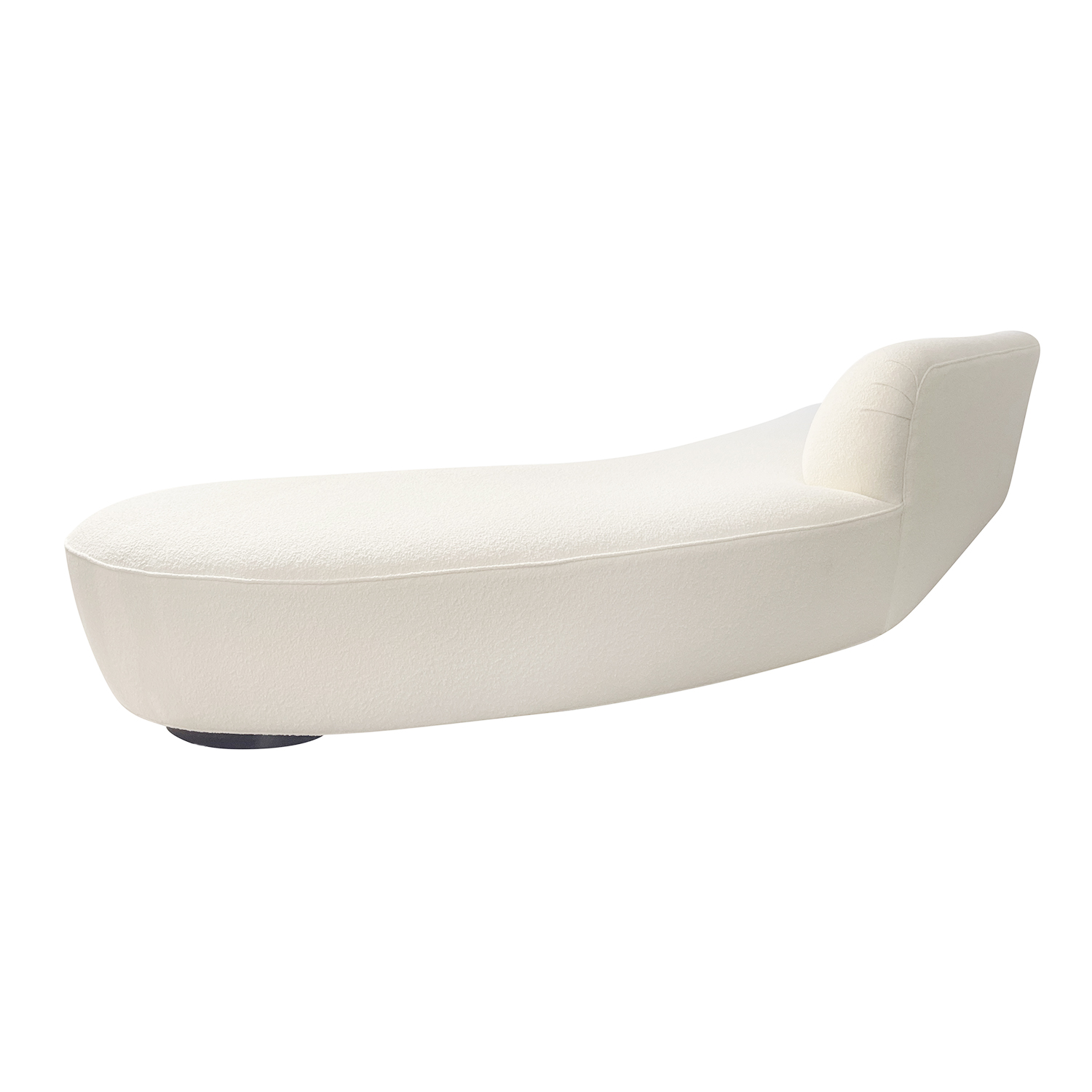 A custom-made, slightly curved vintage Mid-Century modern American large six or seven seater Sloane II sofa with four pillows, settee made of hand crafted polished Walnut, designed and produced by Vladimir Kagan Couture in good condition. The seat backrest of the canapé is minimal outstretched, supported in the center by an arched wooden base. Newly upholstered in a white bouclé fabric from Pierre Frey. Wear consistent with age and use. Circa 1960 - 1980, United States.

View all Vladimir Kagan originals in our collection