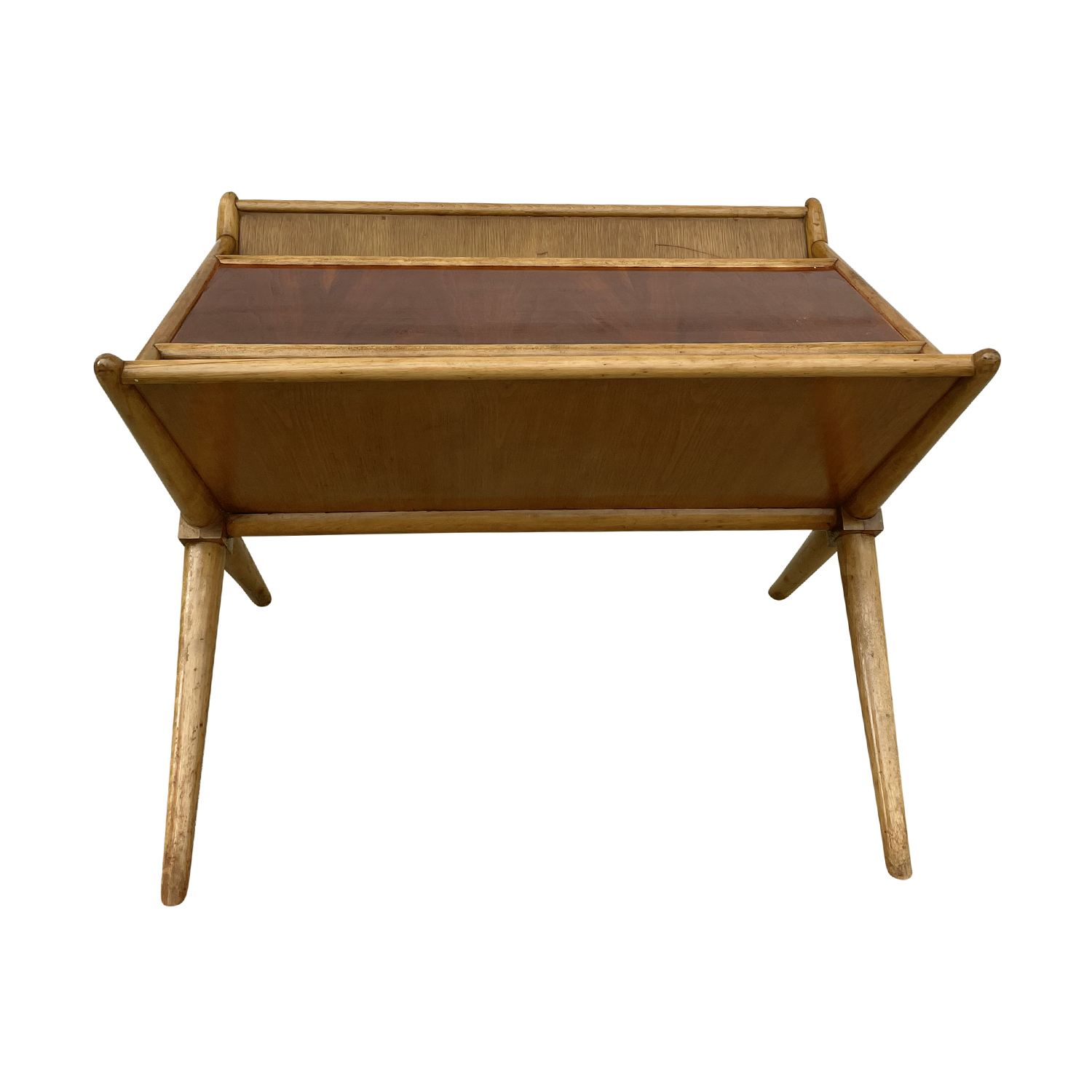 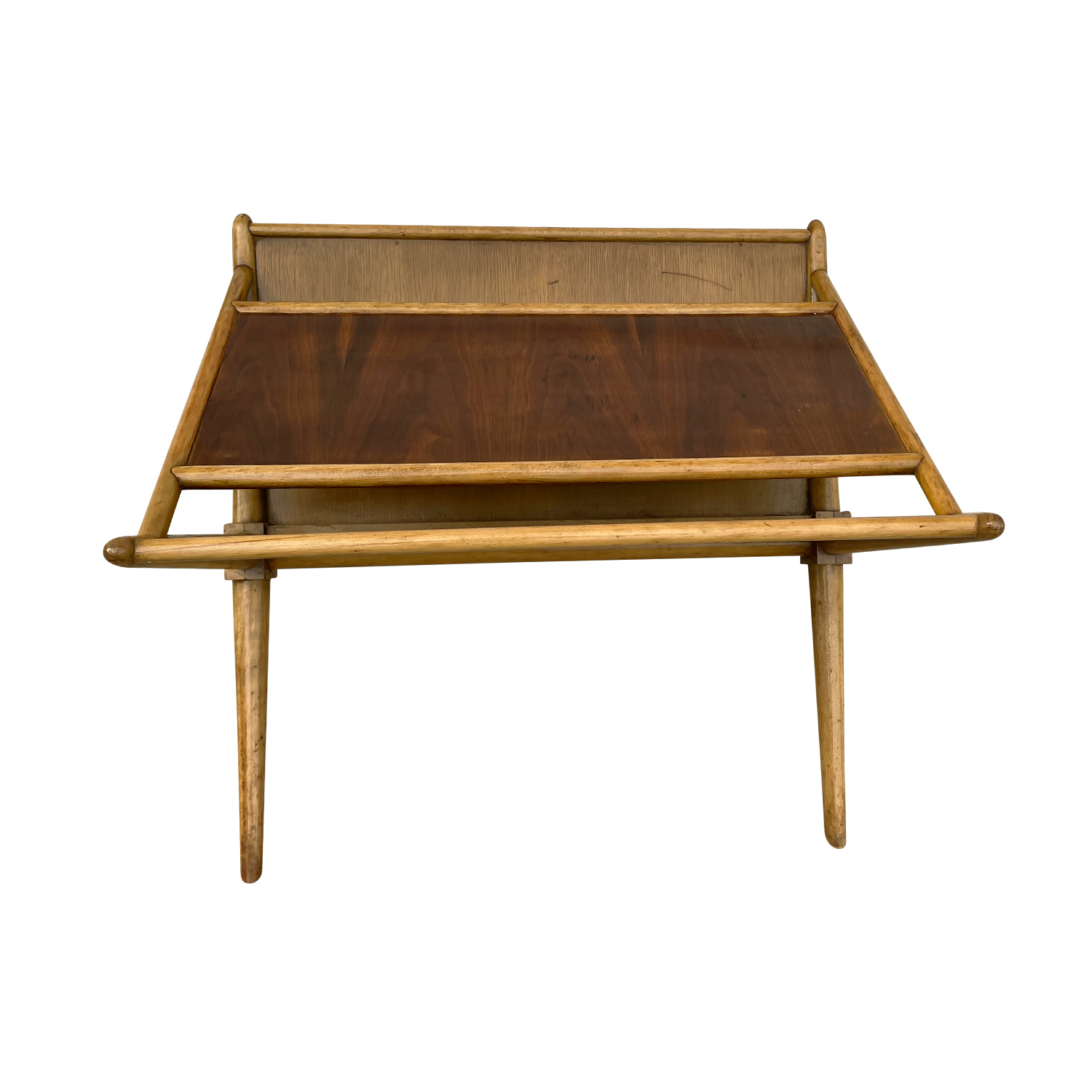 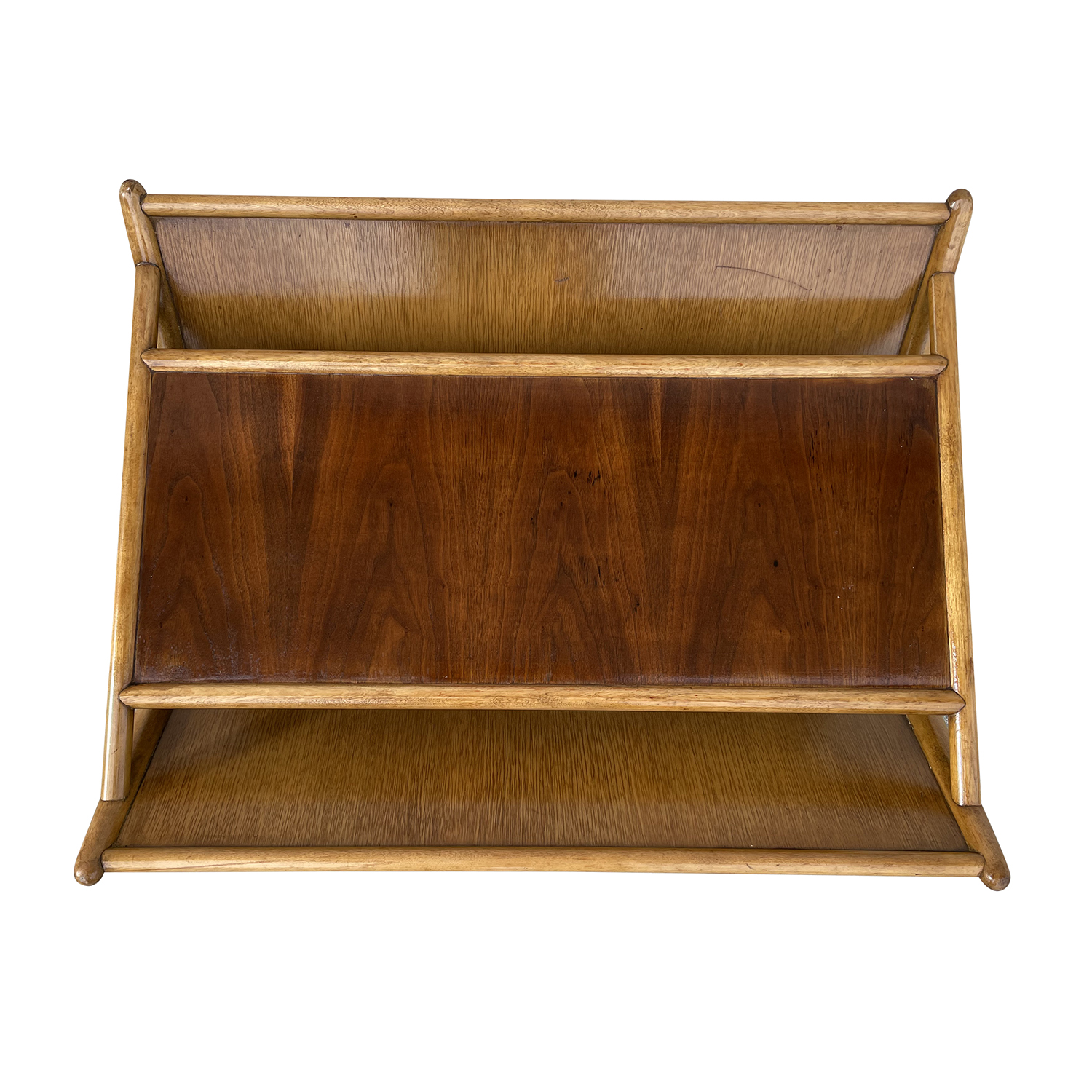 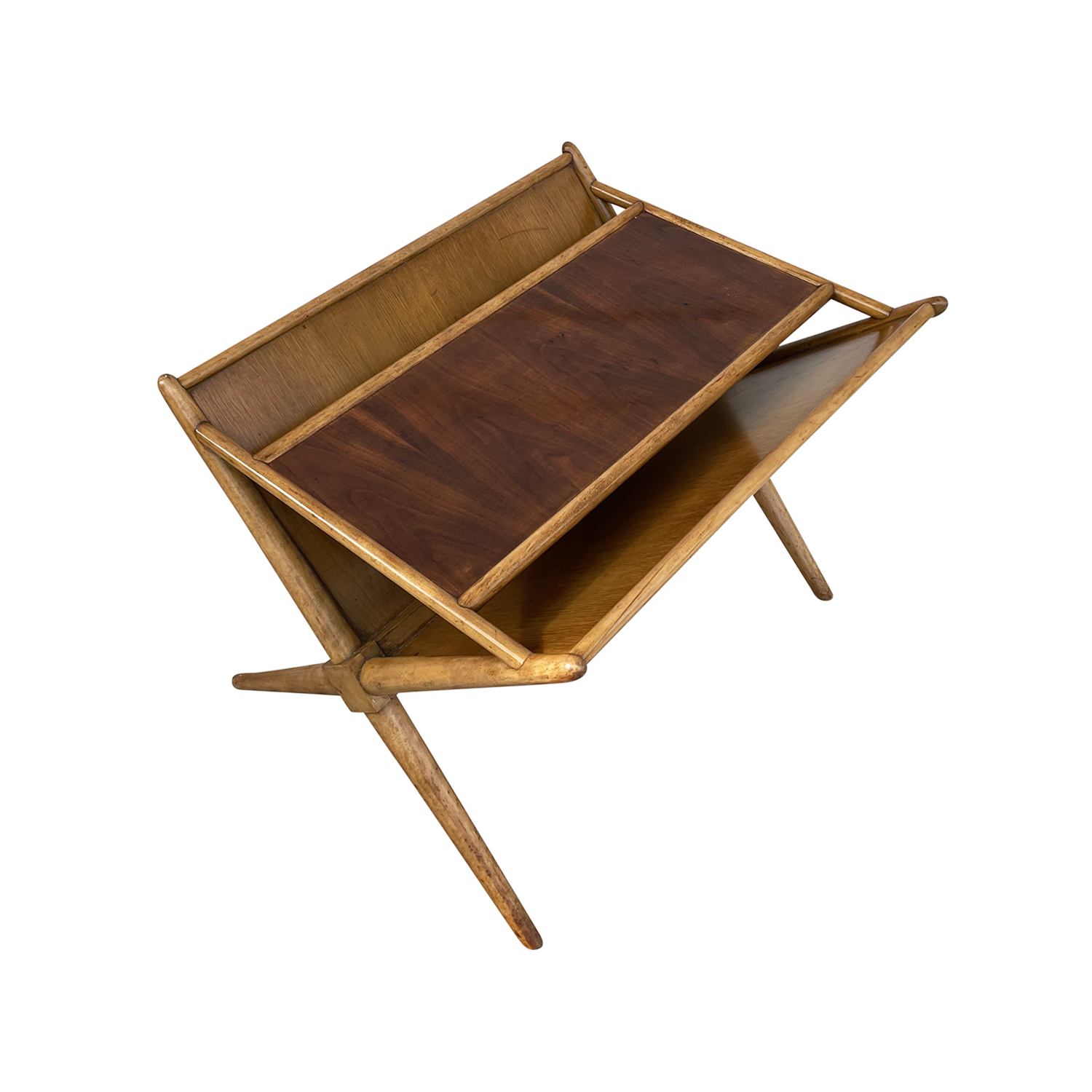 A light-brown, vintage Mid-Century modern American X base magazine side table made of hand carved Mahogany and Birchwood, designed by Robsjohn-Gibbings and produced by Widdicomb, in good condition. The detailed end, sofa table has an arched top, standing on four curved wooden legs. Manufacturer label at the bottom. Minor scratches due to age. Wear consistent with age and use. Circa 1940 - 1950, Untied States.