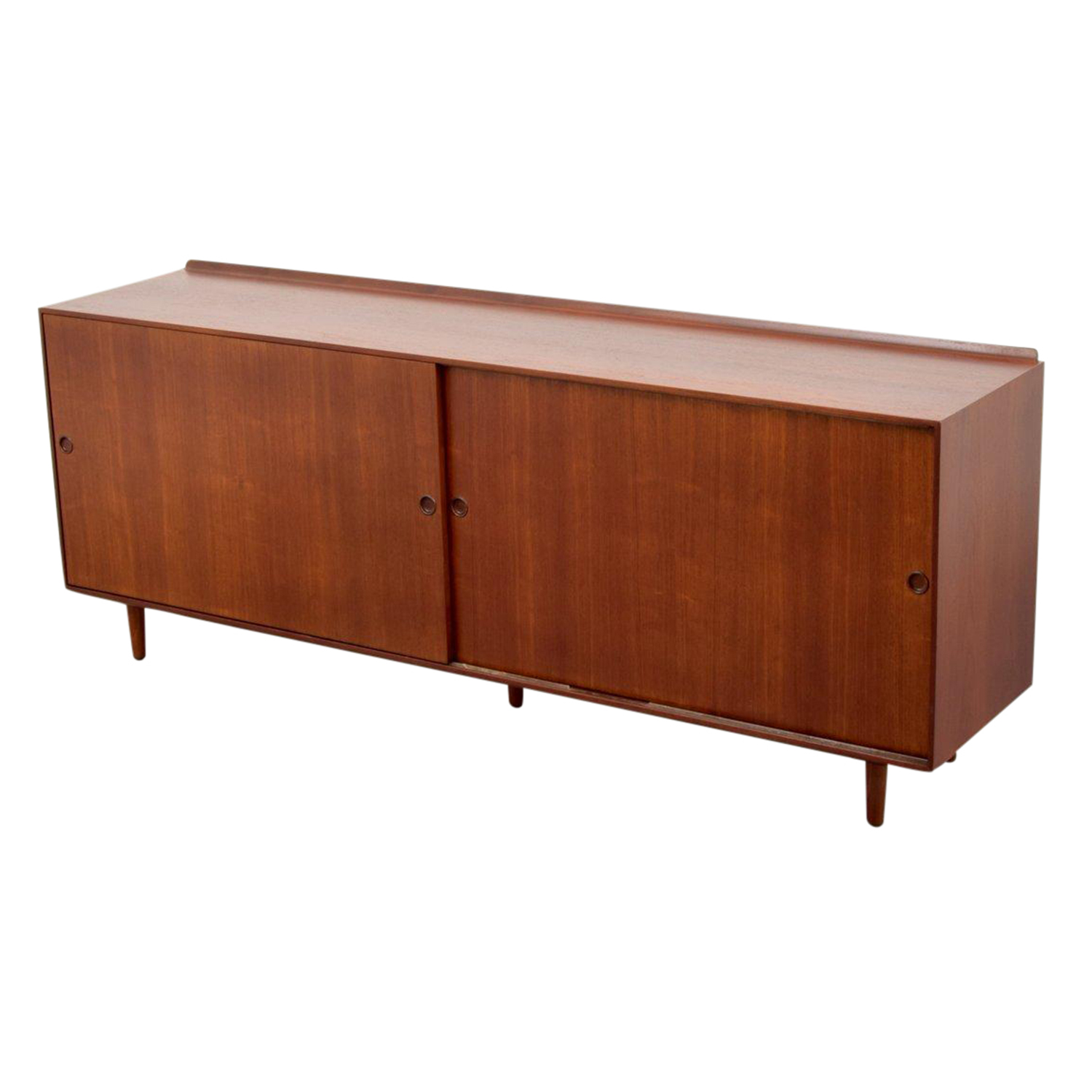 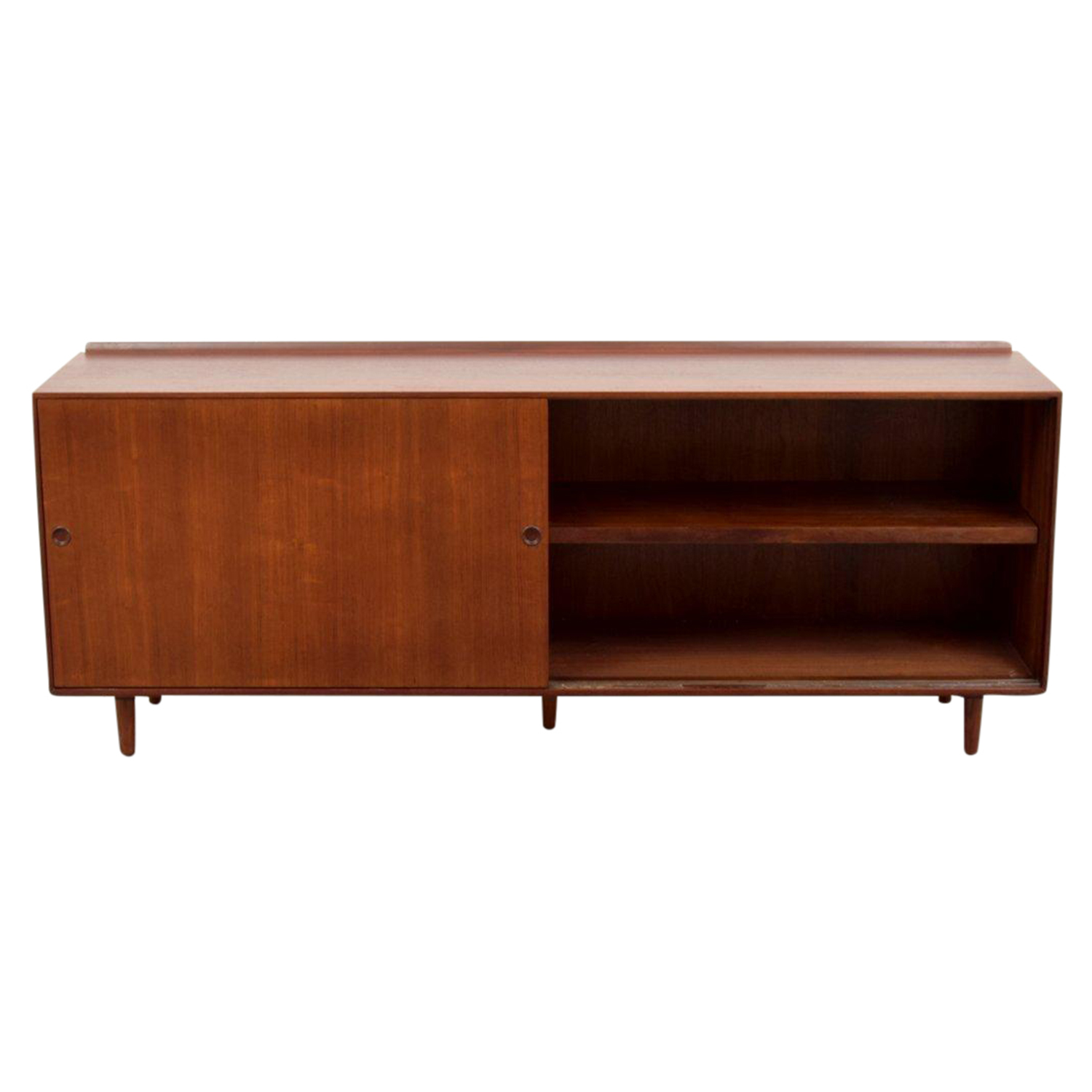 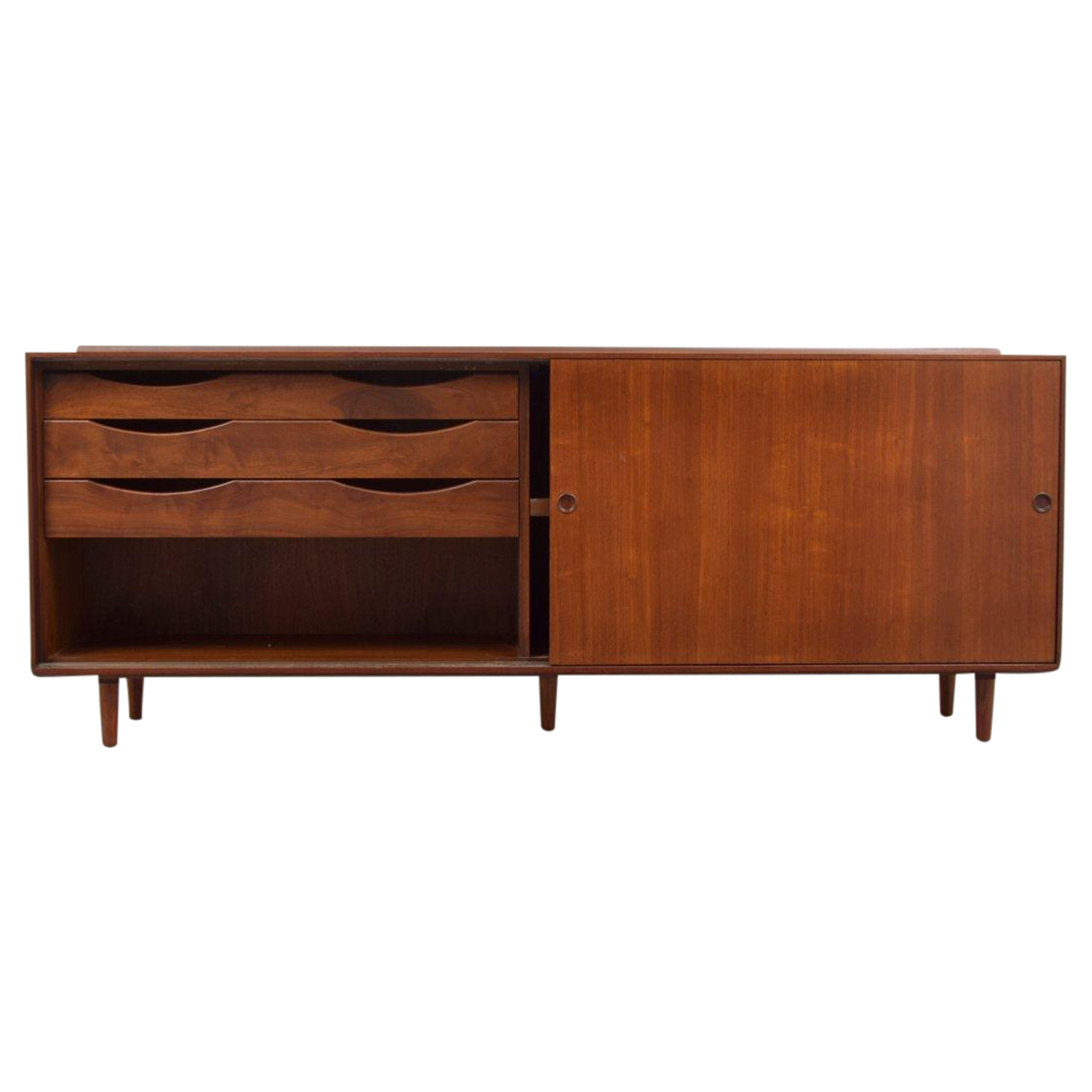 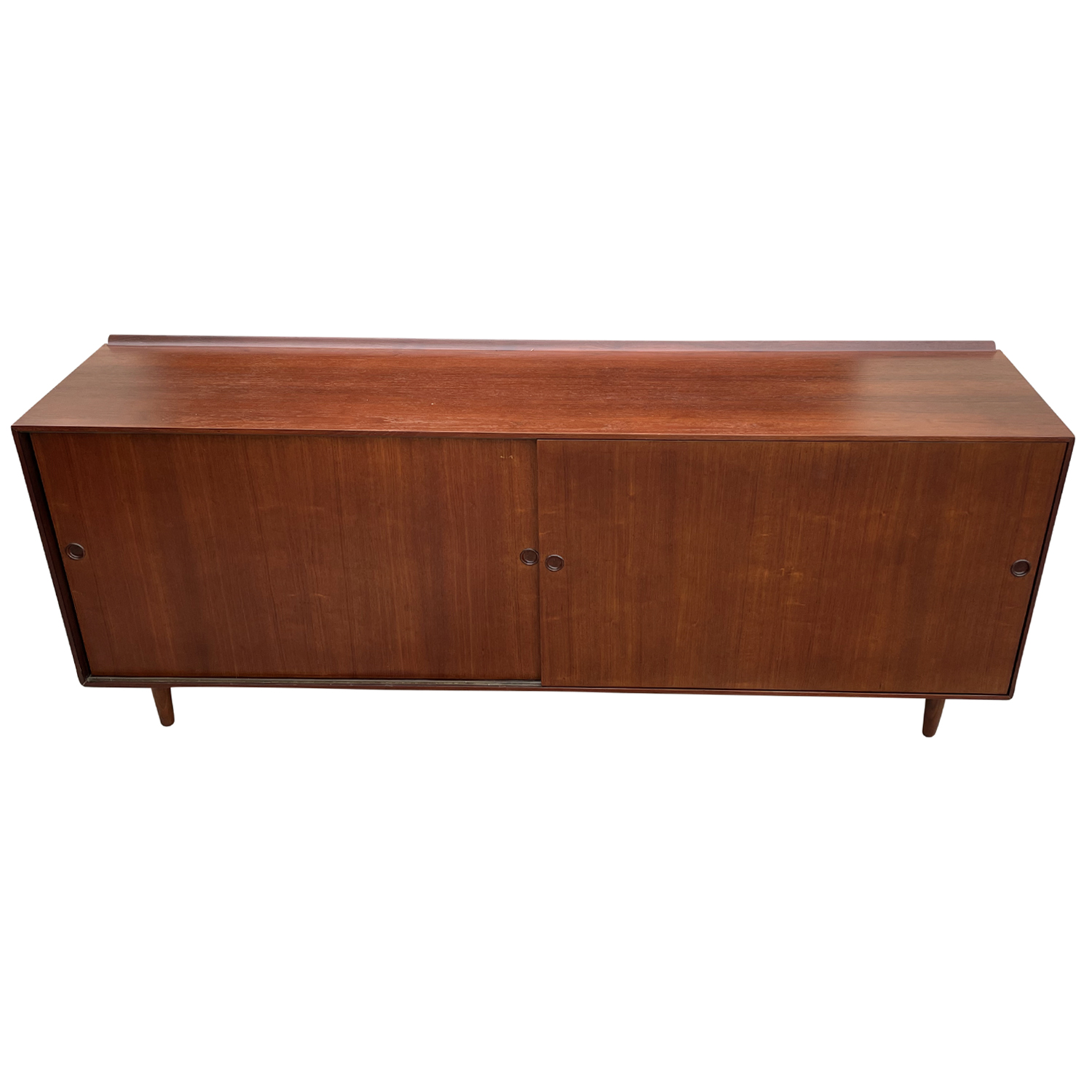 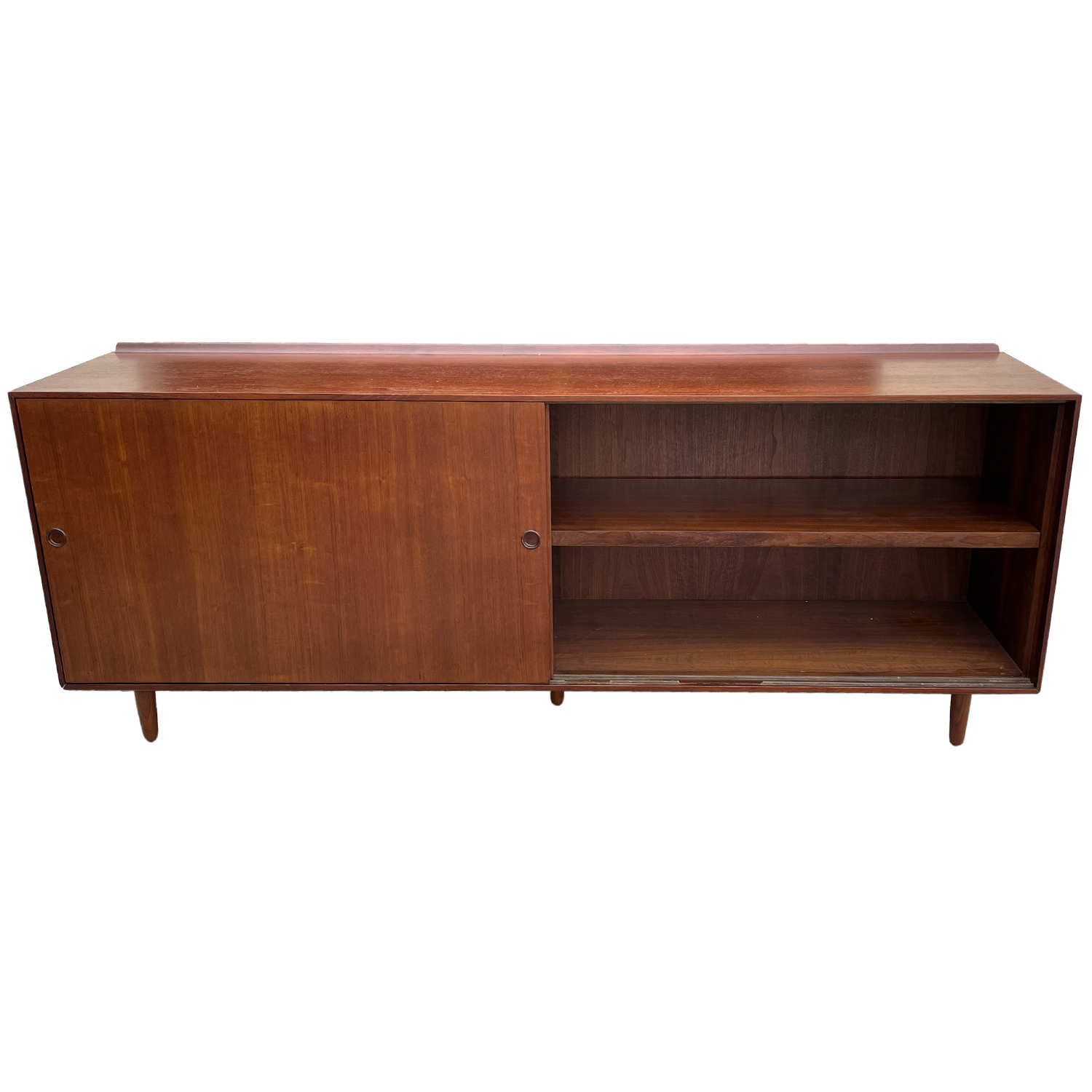 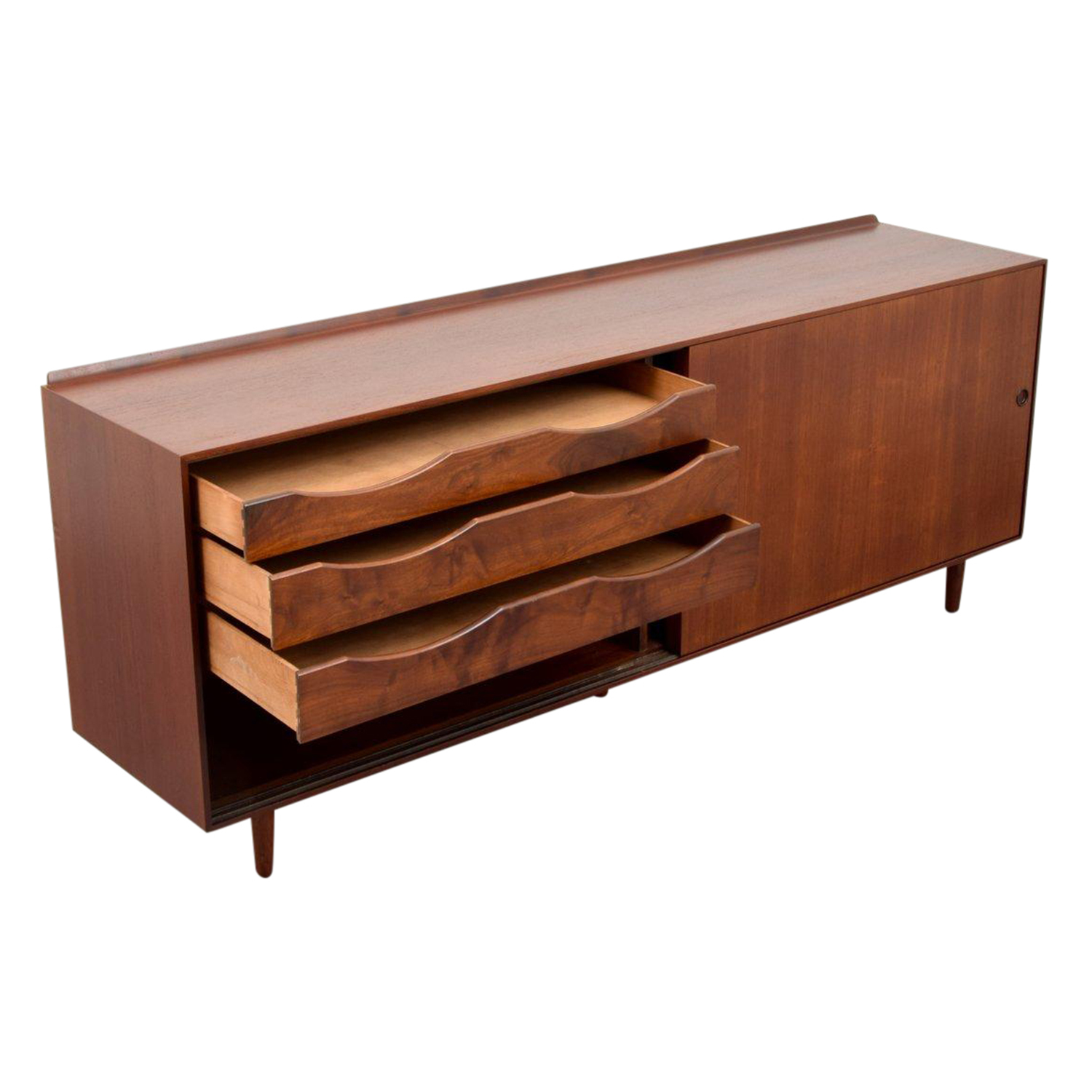 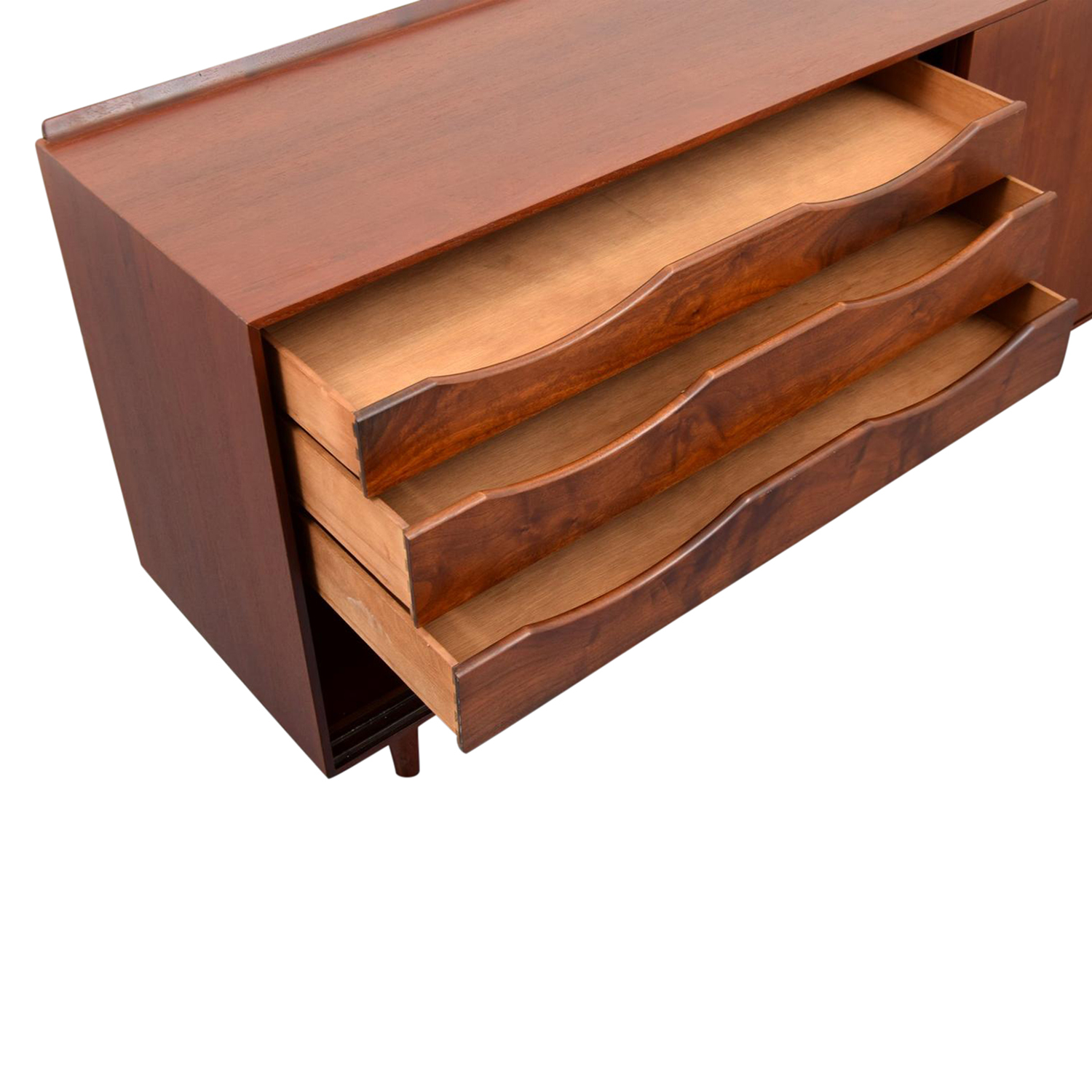 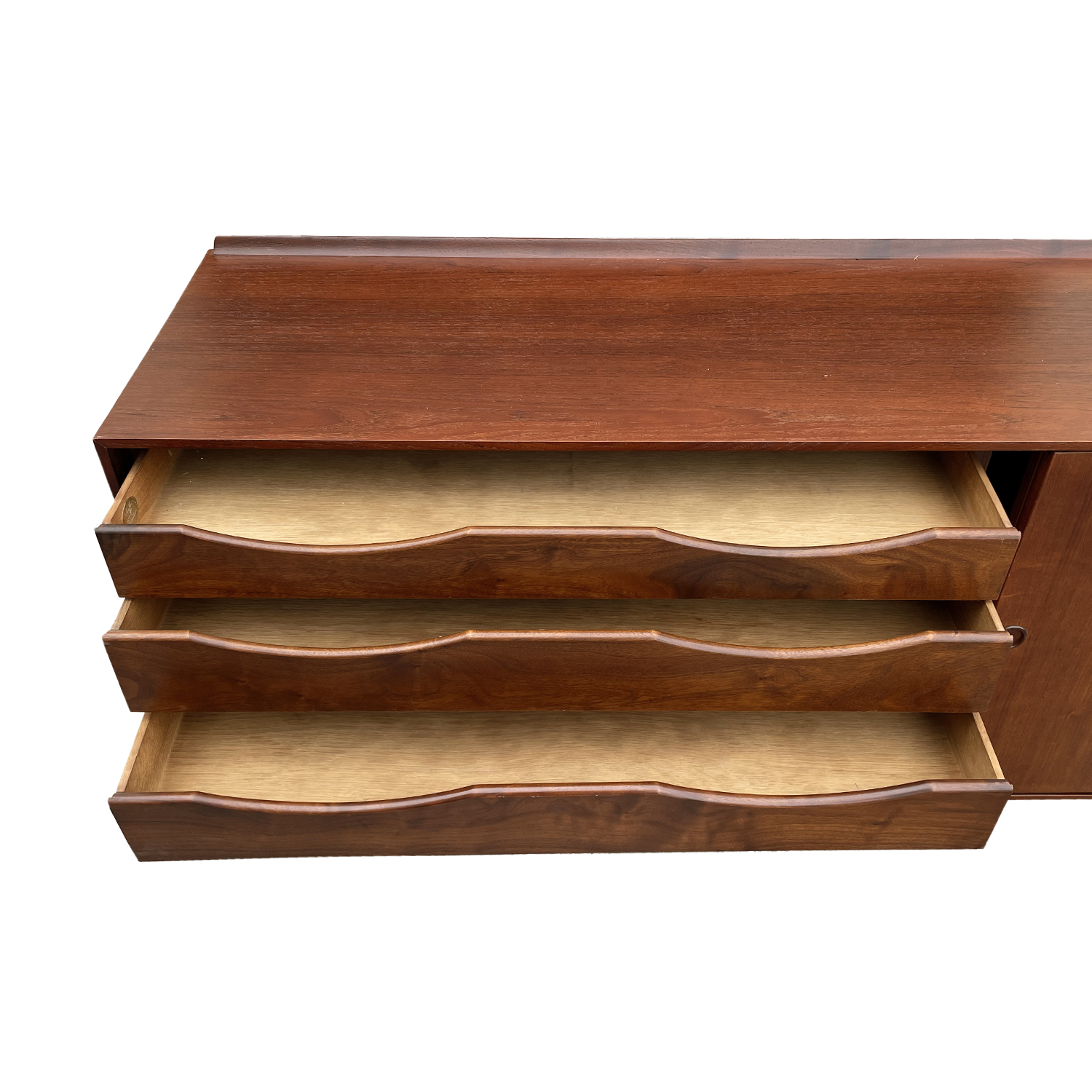 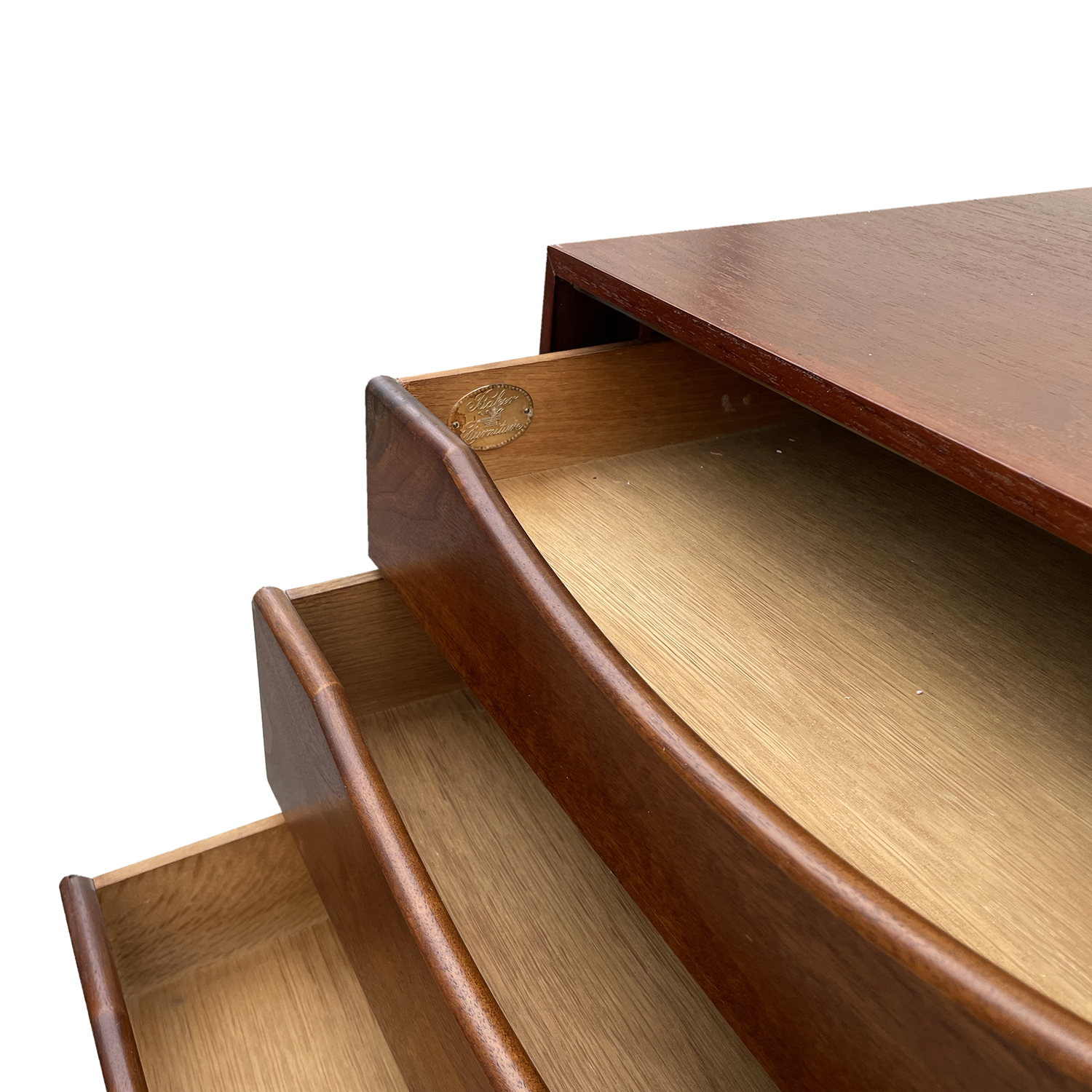 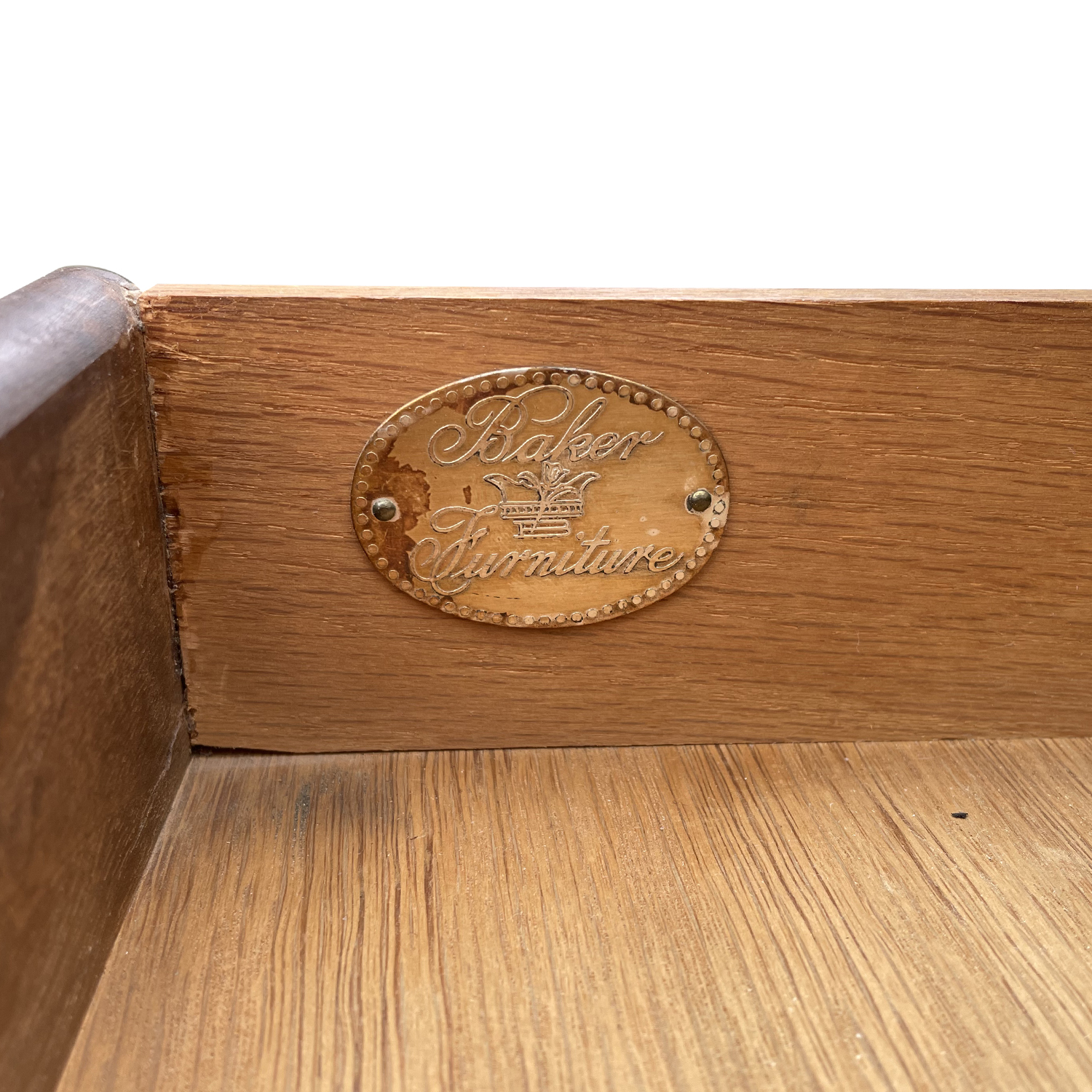 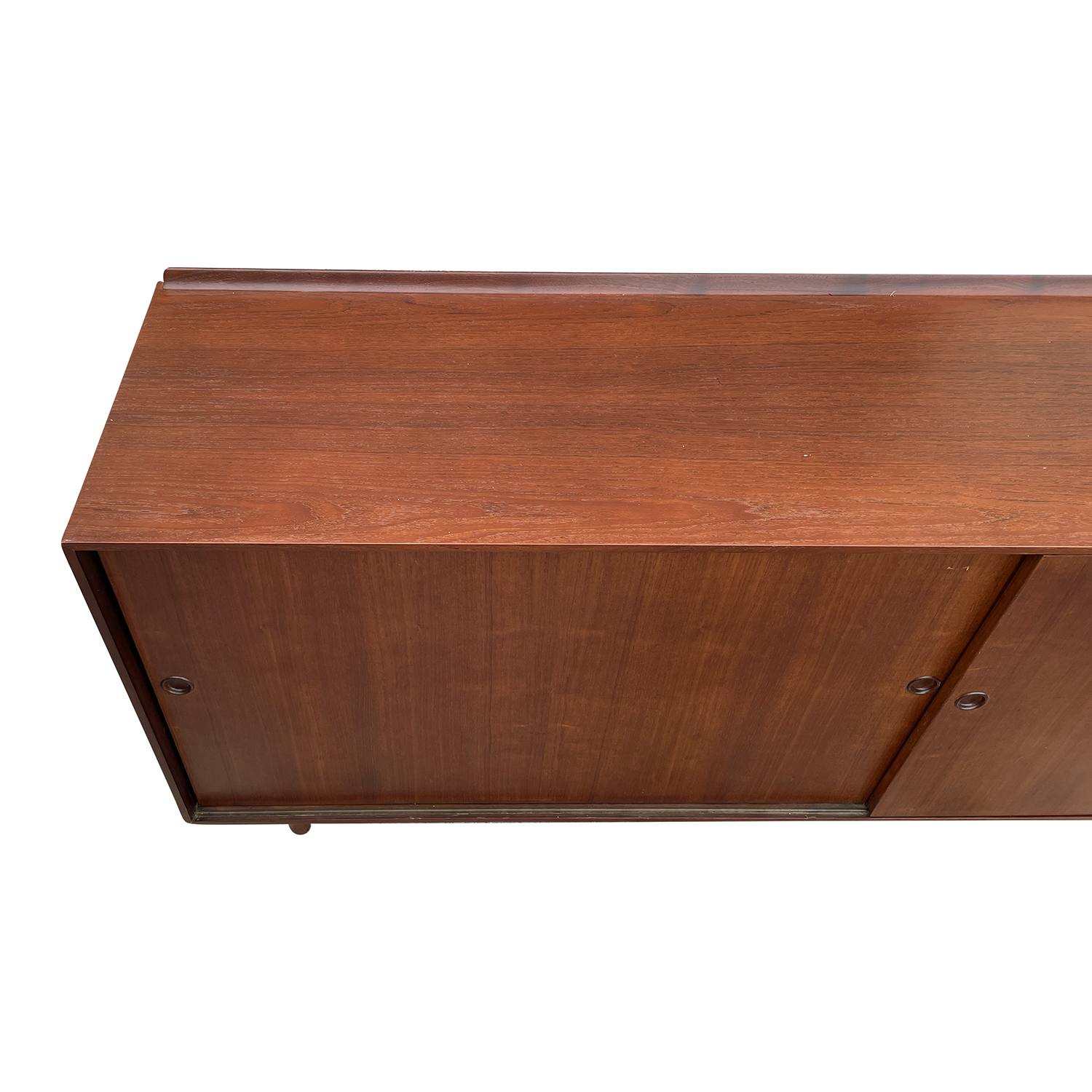 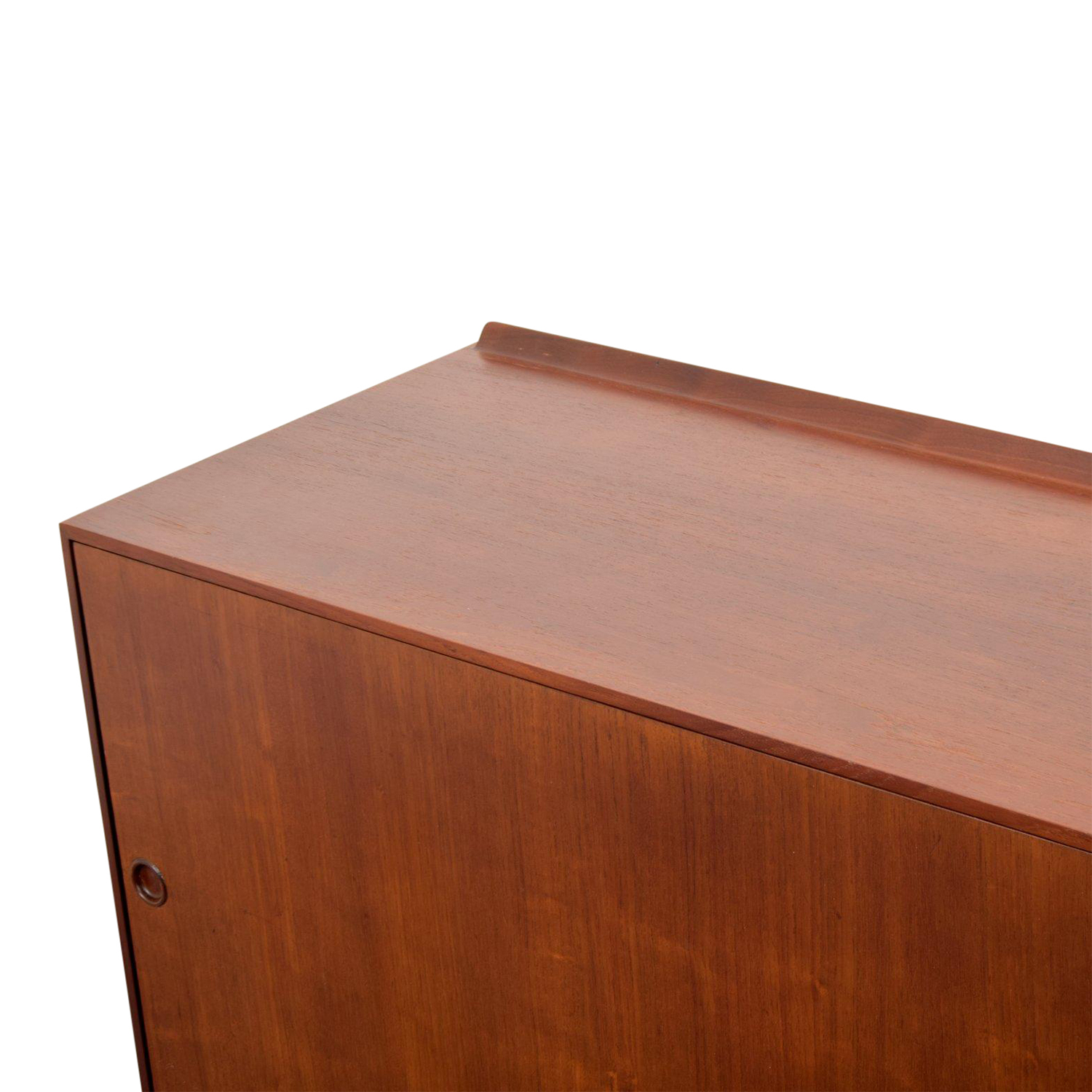 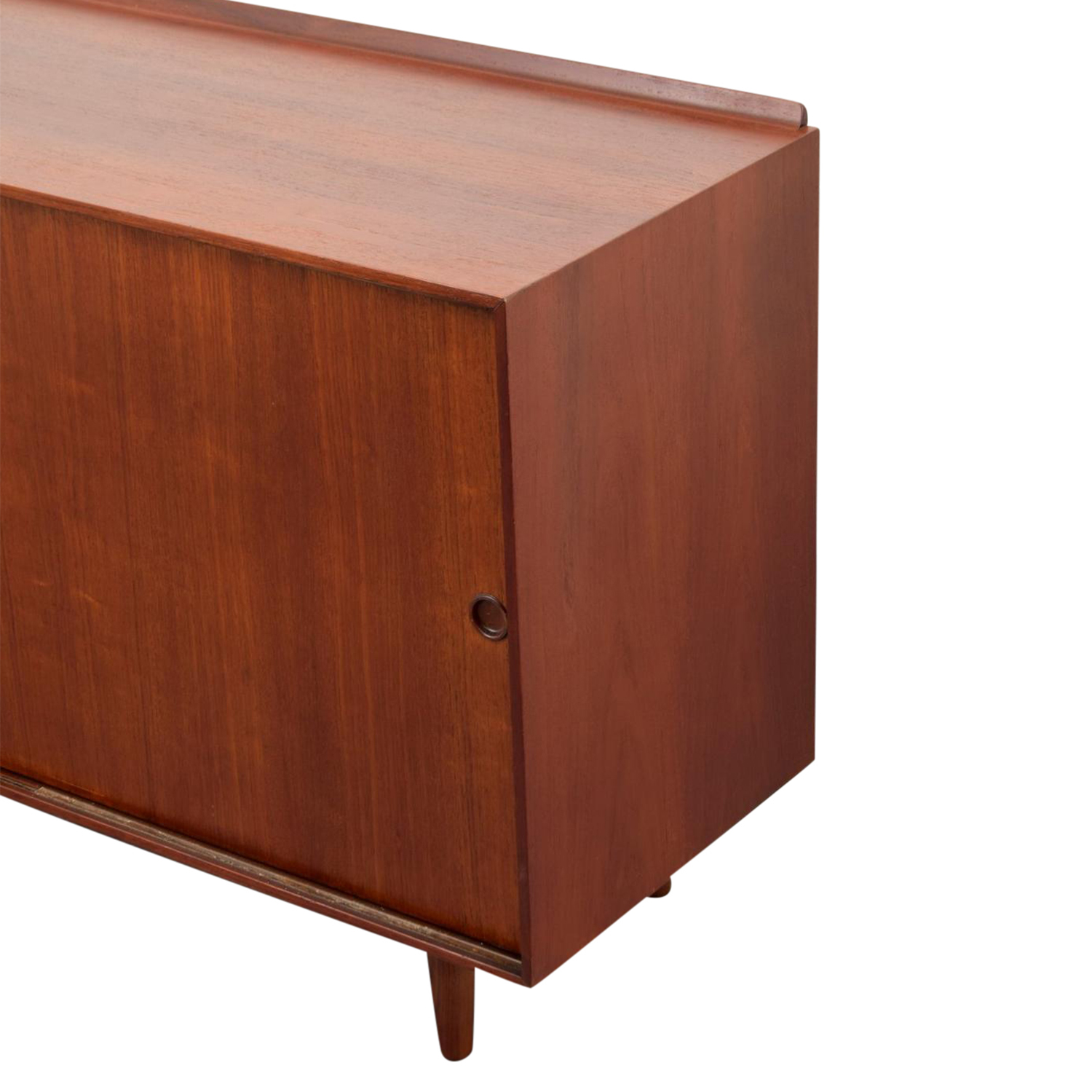 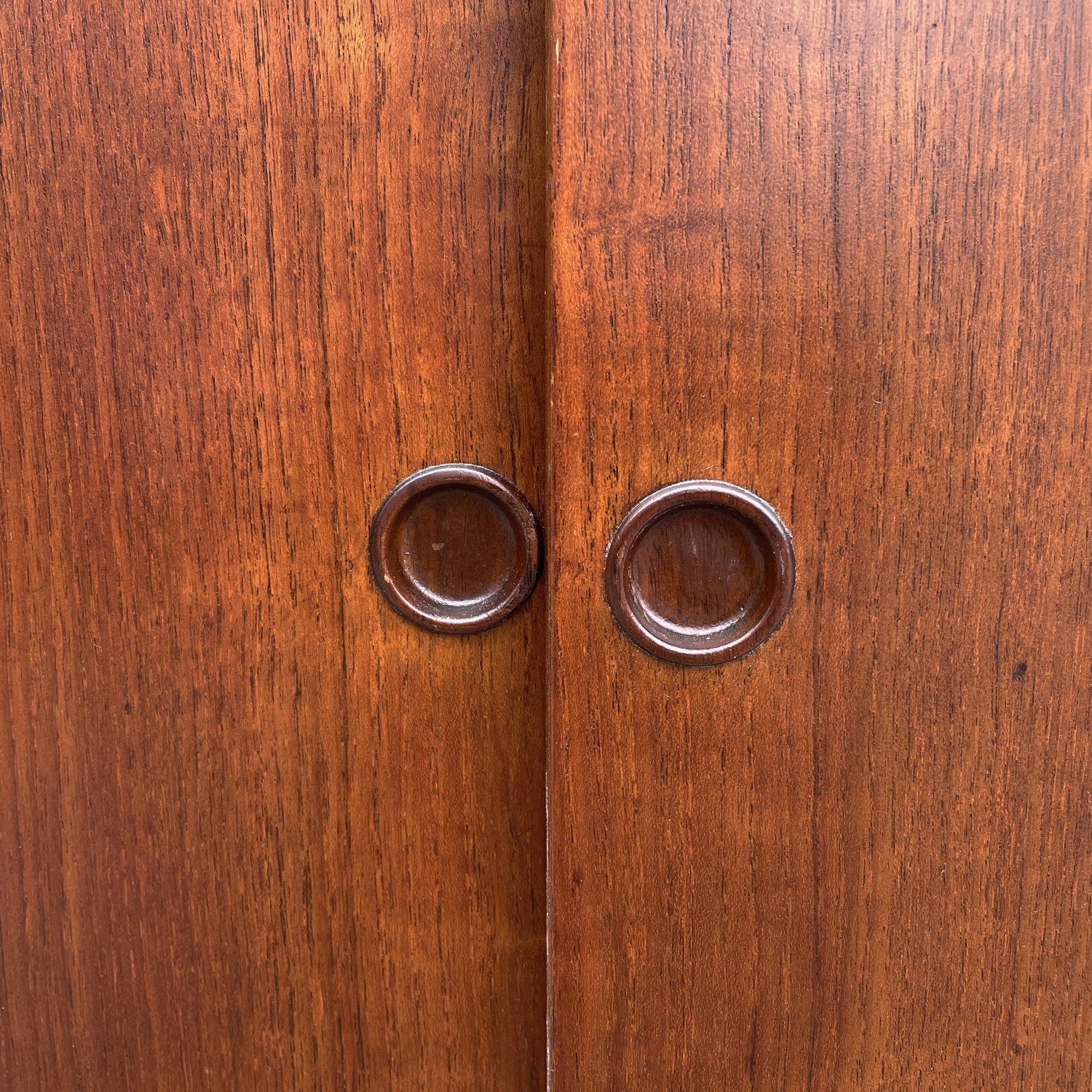 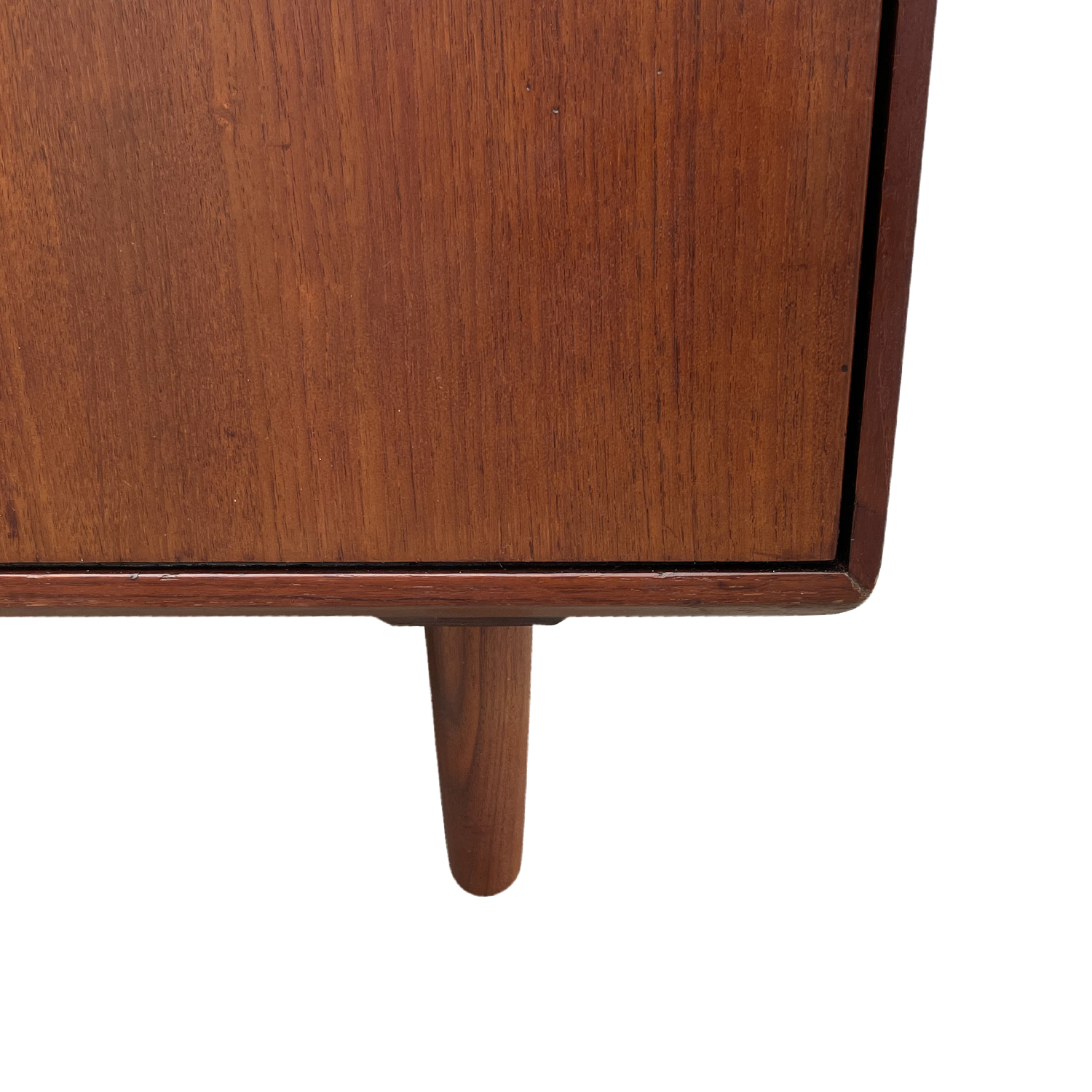 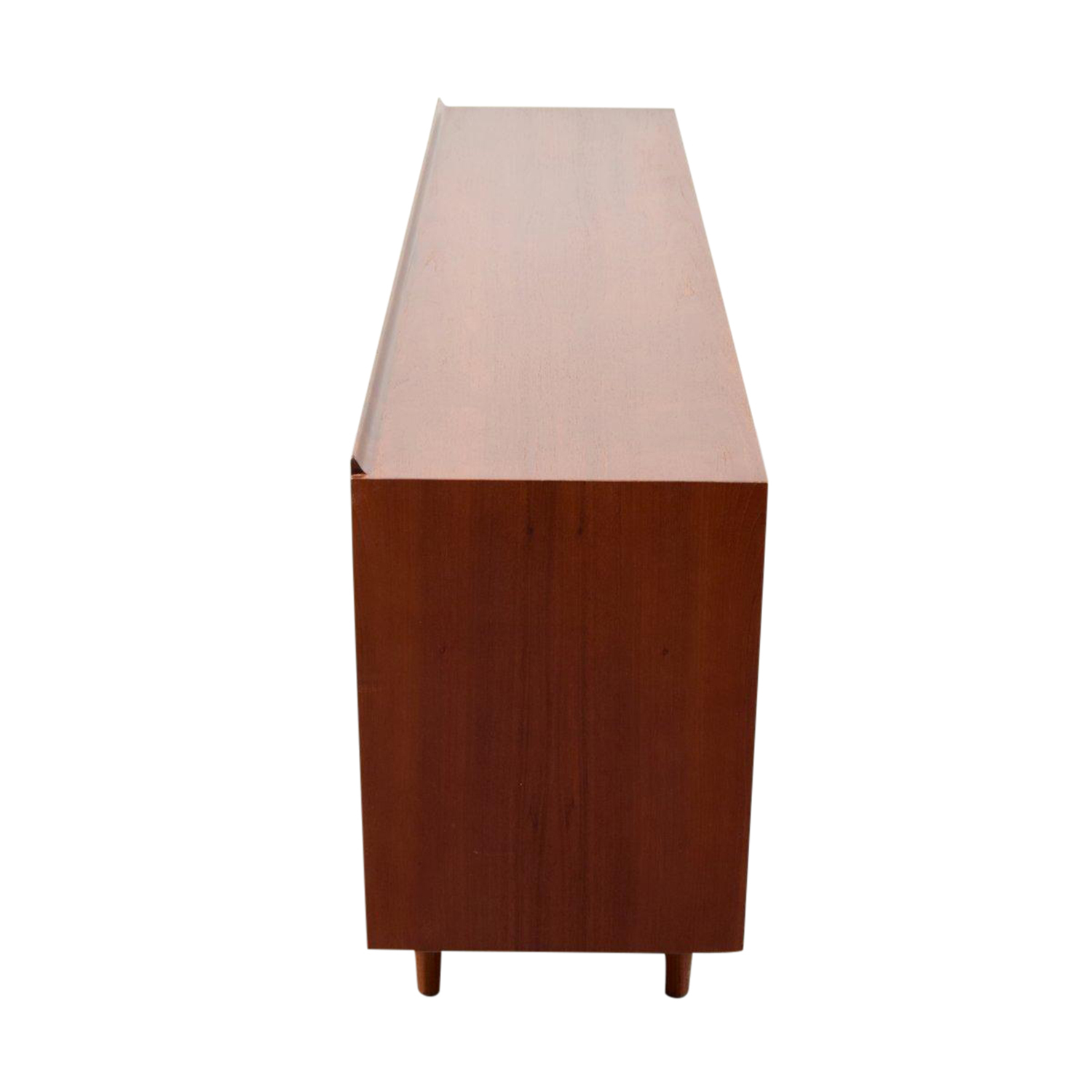 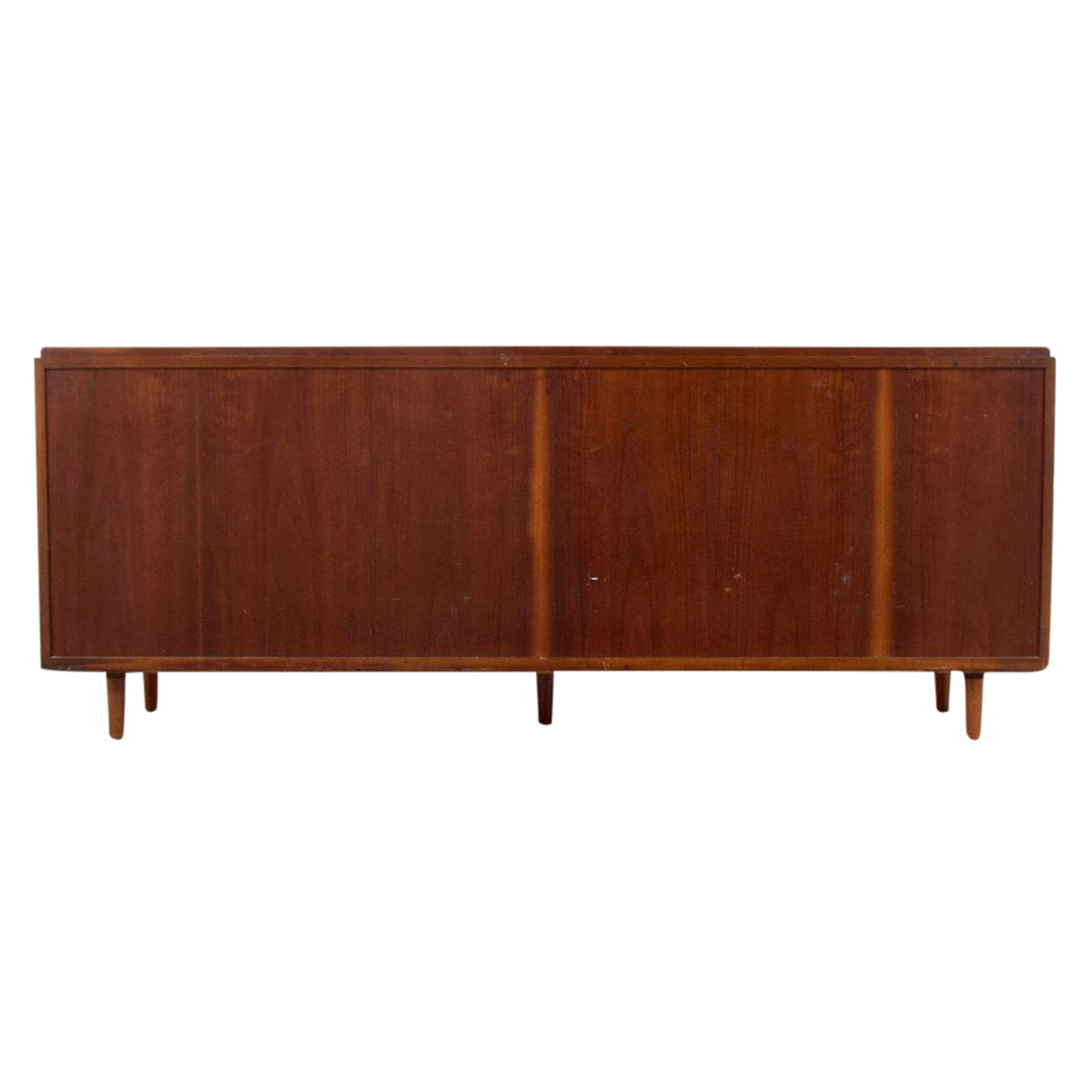 A light-brown, vintage Mid-Century modern Danish, American cabinet made of hand crafted Walnut, designed by Finn Juhl and produced by Baker in good condition. The Scandinavian sideboard is composed with two sliding doors, standing on six small wooden feet. The interior of the credenza consists one revealing three pull-out drawers, storage space and an adjustable shelf with round door pulls. Wear consistent with age and use. Circa 1950 - 1970, United States.

Finn Juhl was a Danish architect, interior and industrial designer, born in 1912, in Frederisksberg, Denmark and passed away in 1989. At a young age, Juhl started learning about art, but later on is father convinced him to study architecture. He learned, studied at The Royal Danish Academy of Fine Arts, in Copenhagen under the well-know Danish architect Kay Frisker. Juhl is most known for his elegant furniture design, in the 1940's, he was the designer who introduced Danish modern to America.

The Baker Furniture company, manufacturer was founded in 1890 in Allegra, Michigan by Siebe Baker, who immigrate from the Netherlands. Baker's personal life and professional training remains lost in history. At the beginning he started designing, producing desks and bookcases. In the 1950's, Baker started introducing the first truly Asian furniture manufactured in the U.S. Later on, the Danish architect Finn Juhl partnered with the Baker firm to introduced the Danish Modern furniture for the American market.