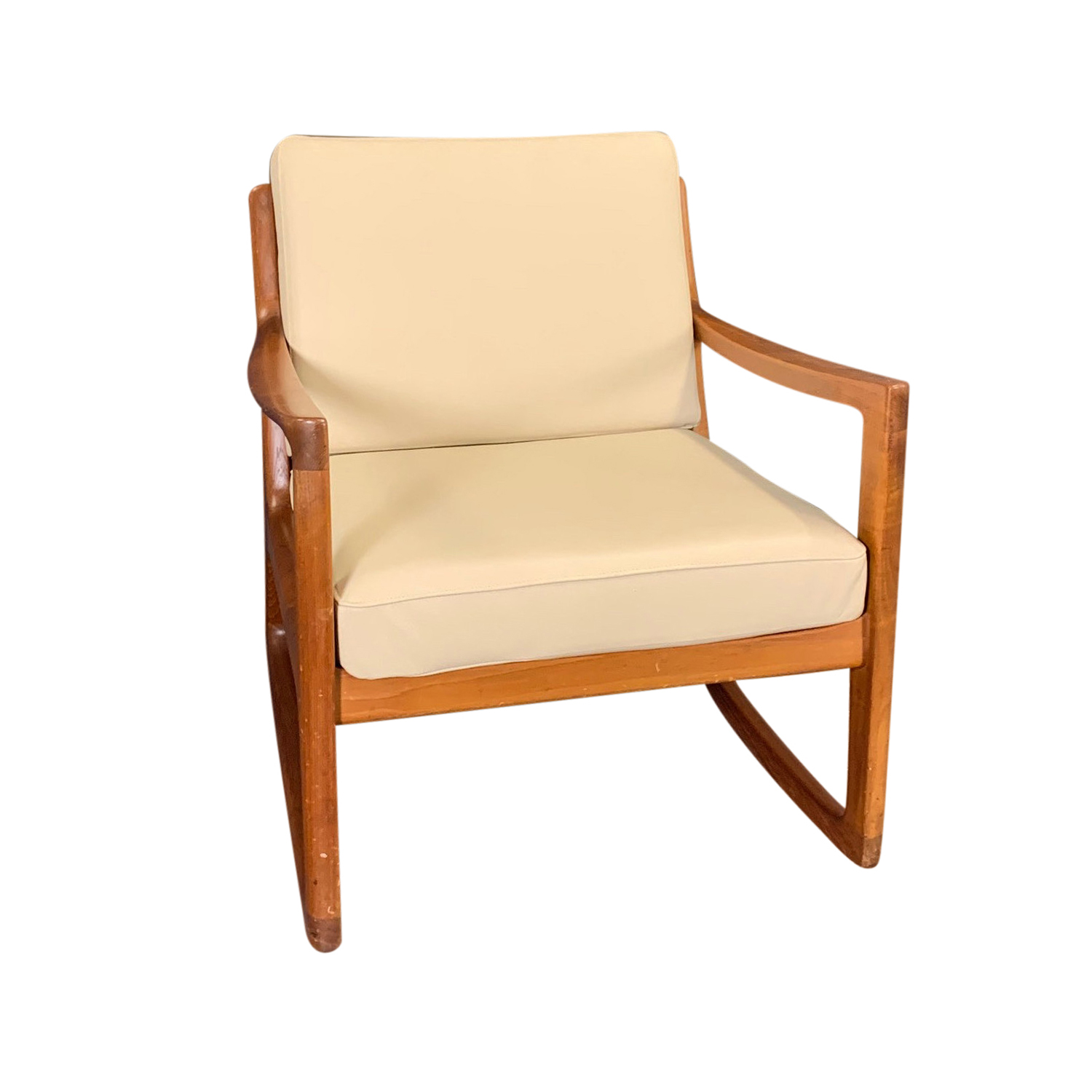 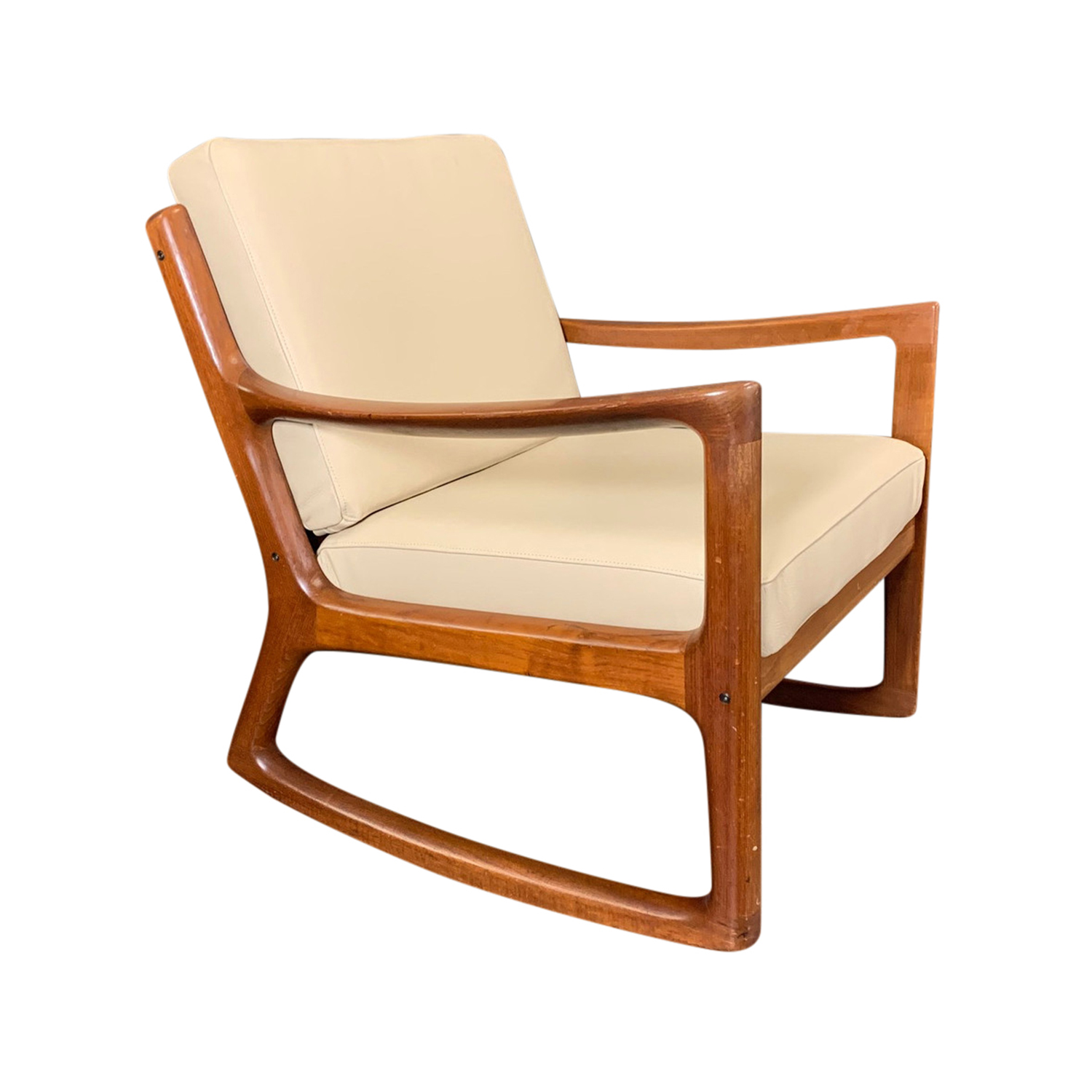 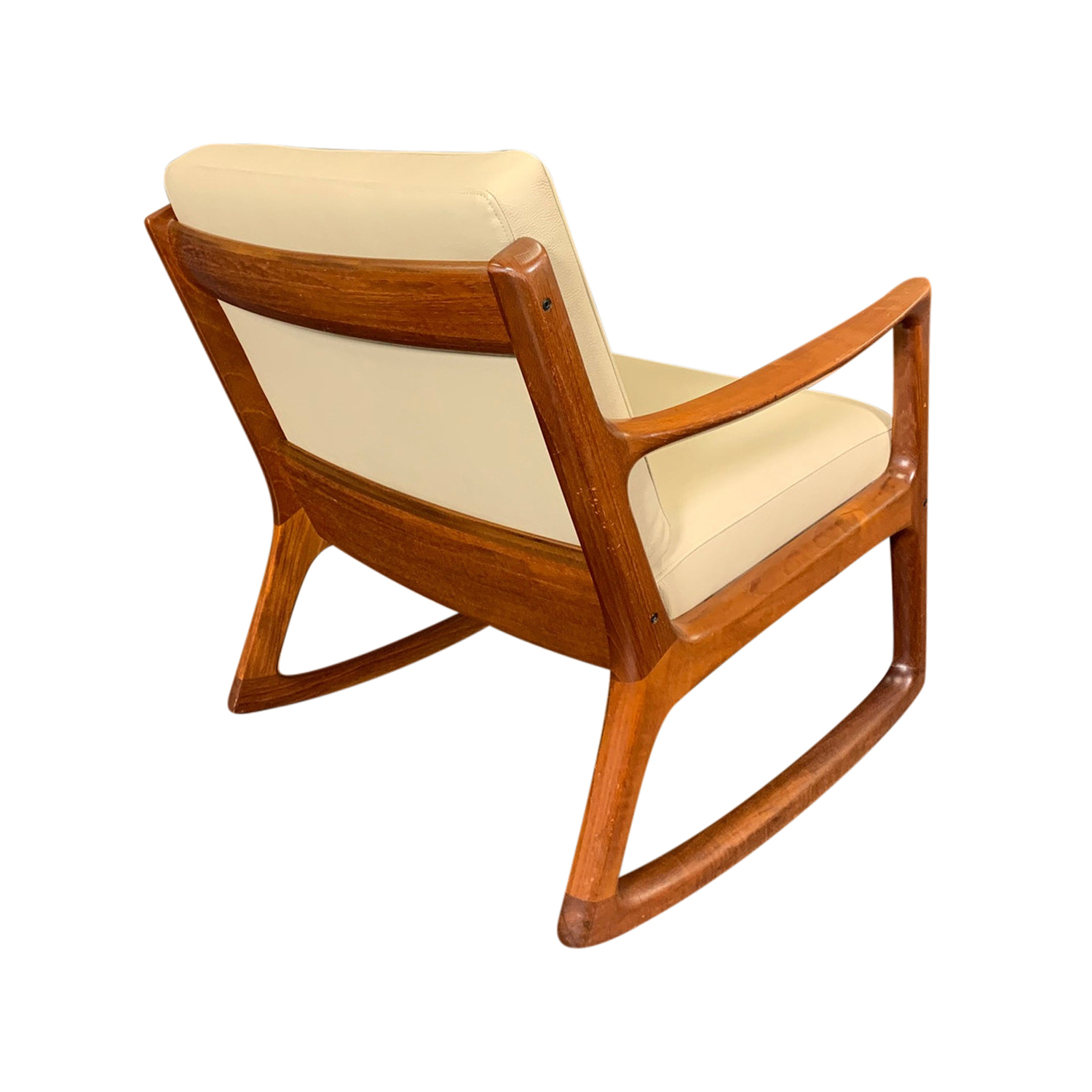 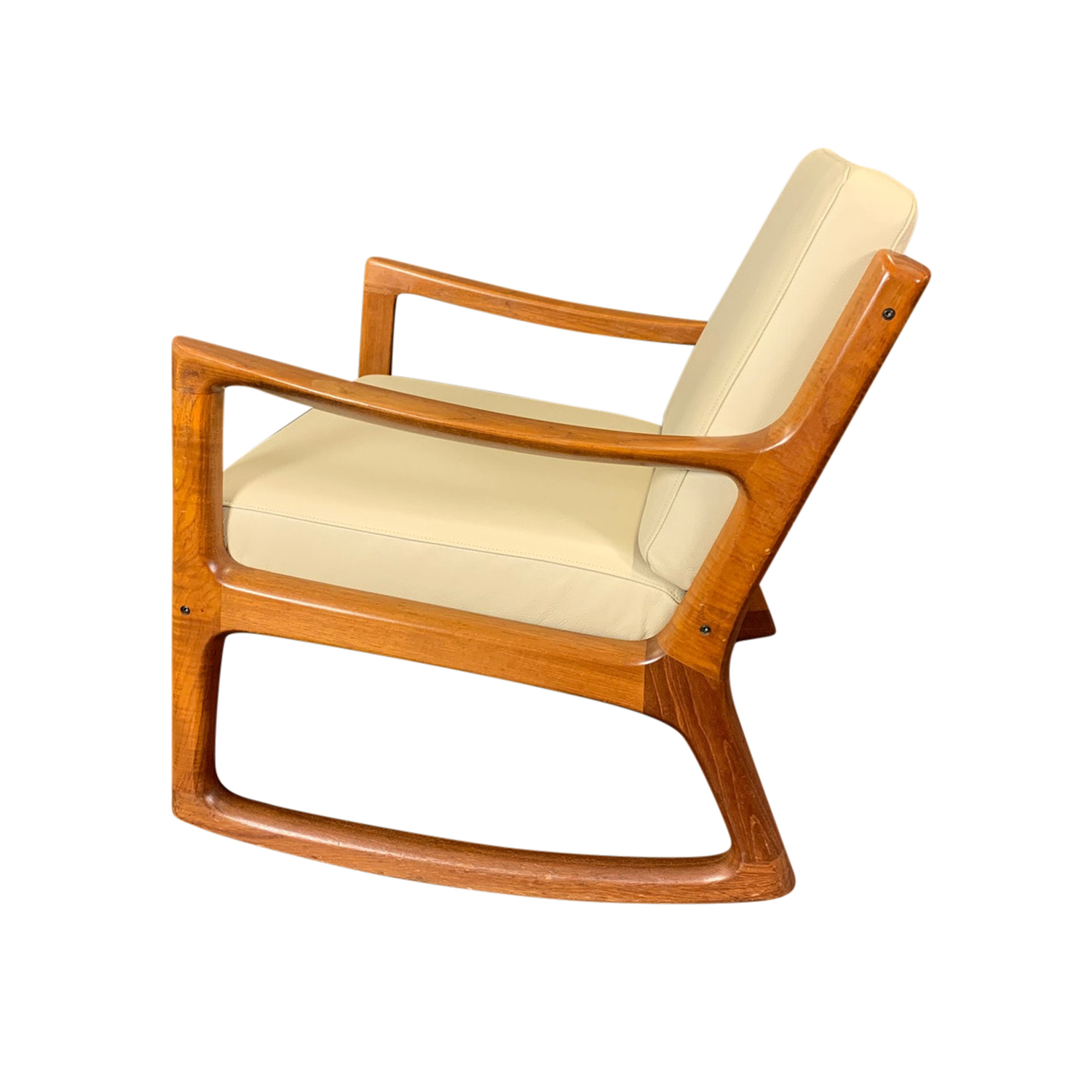 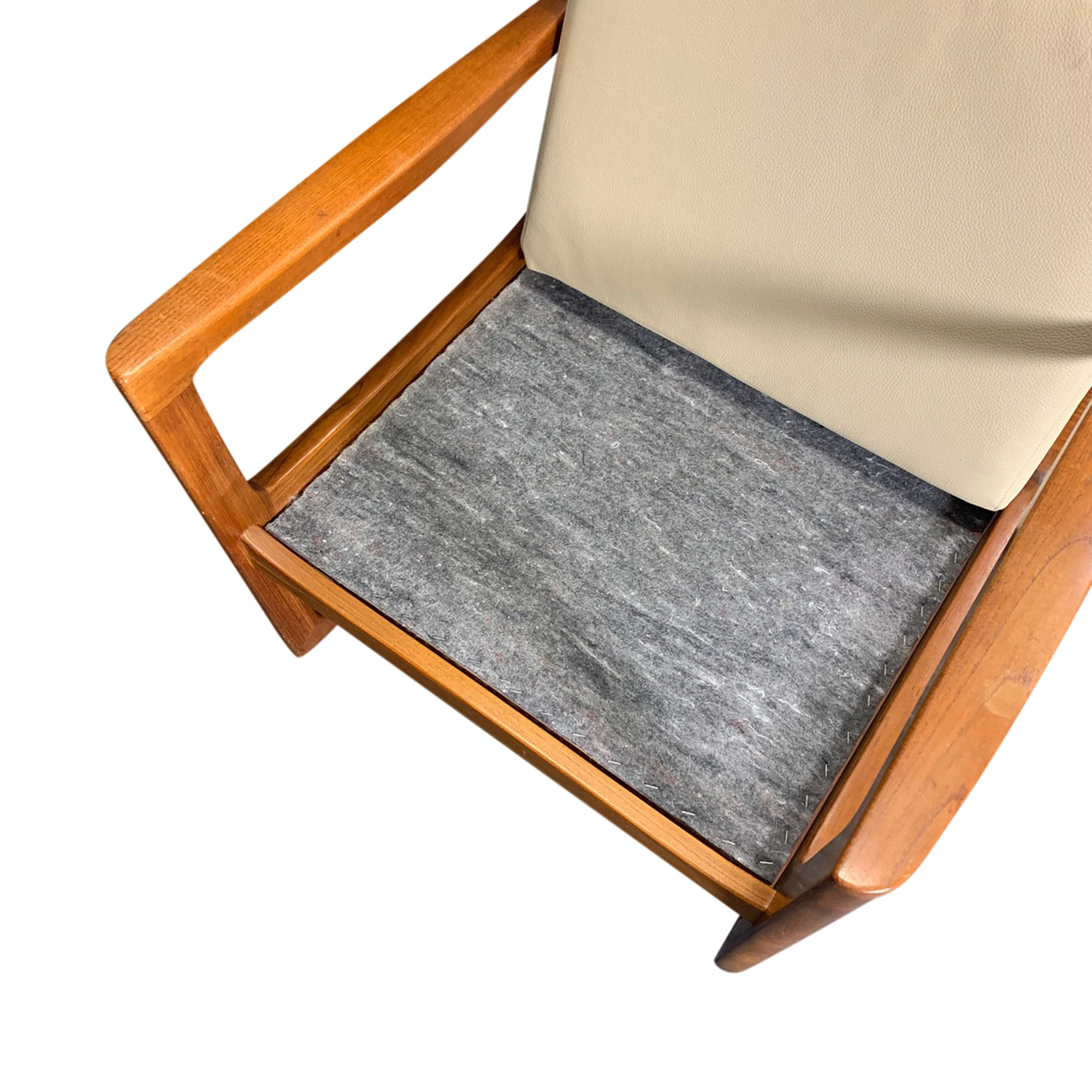 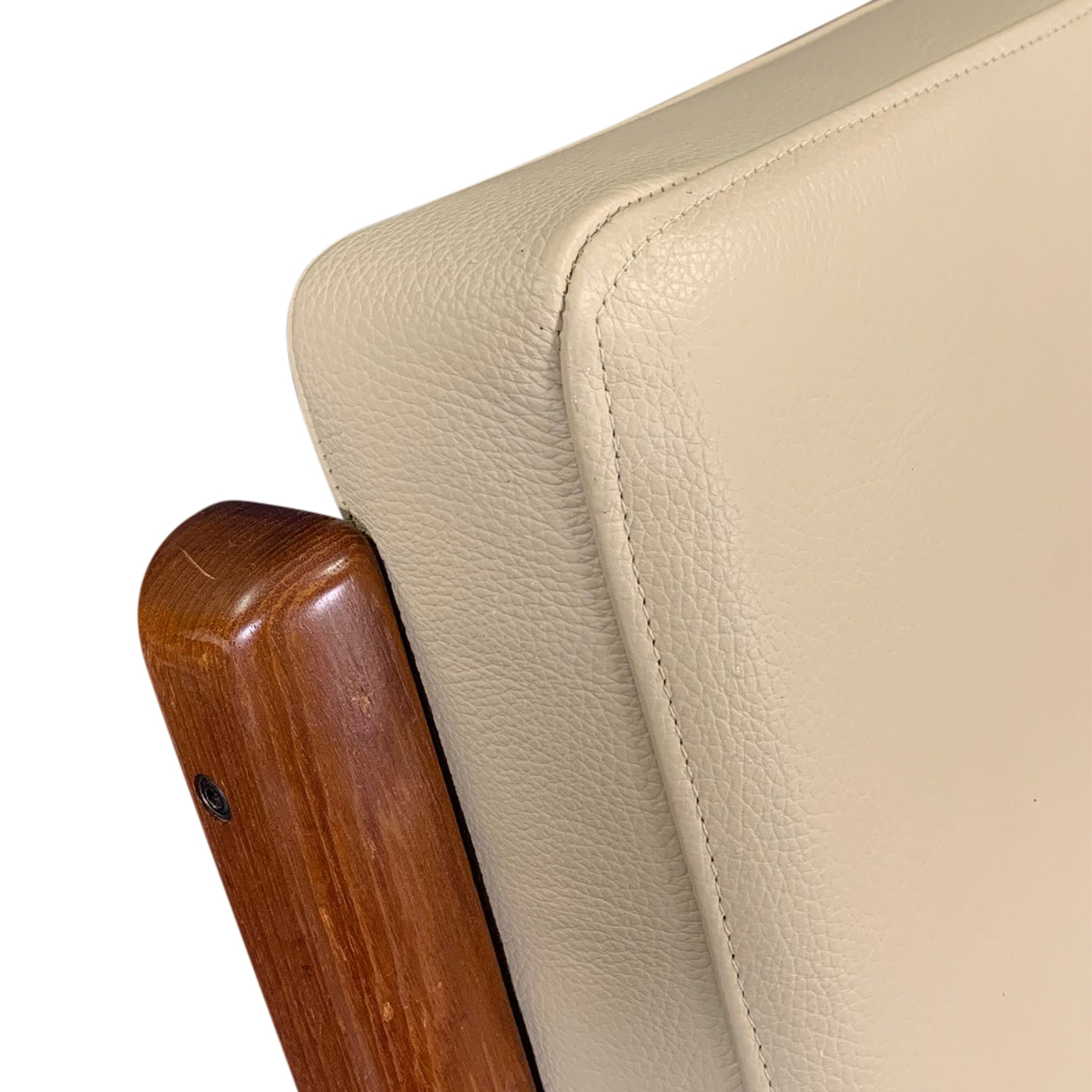 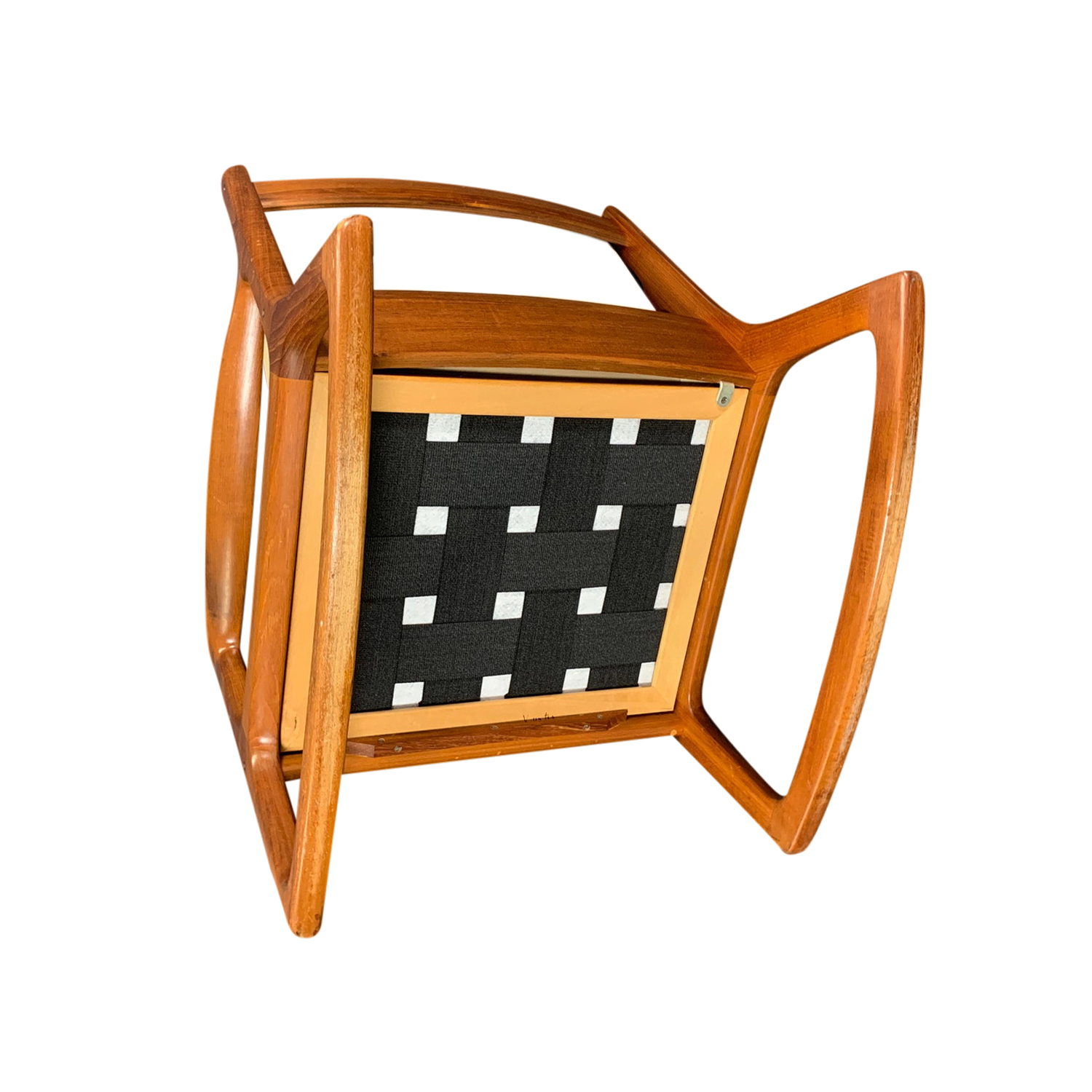 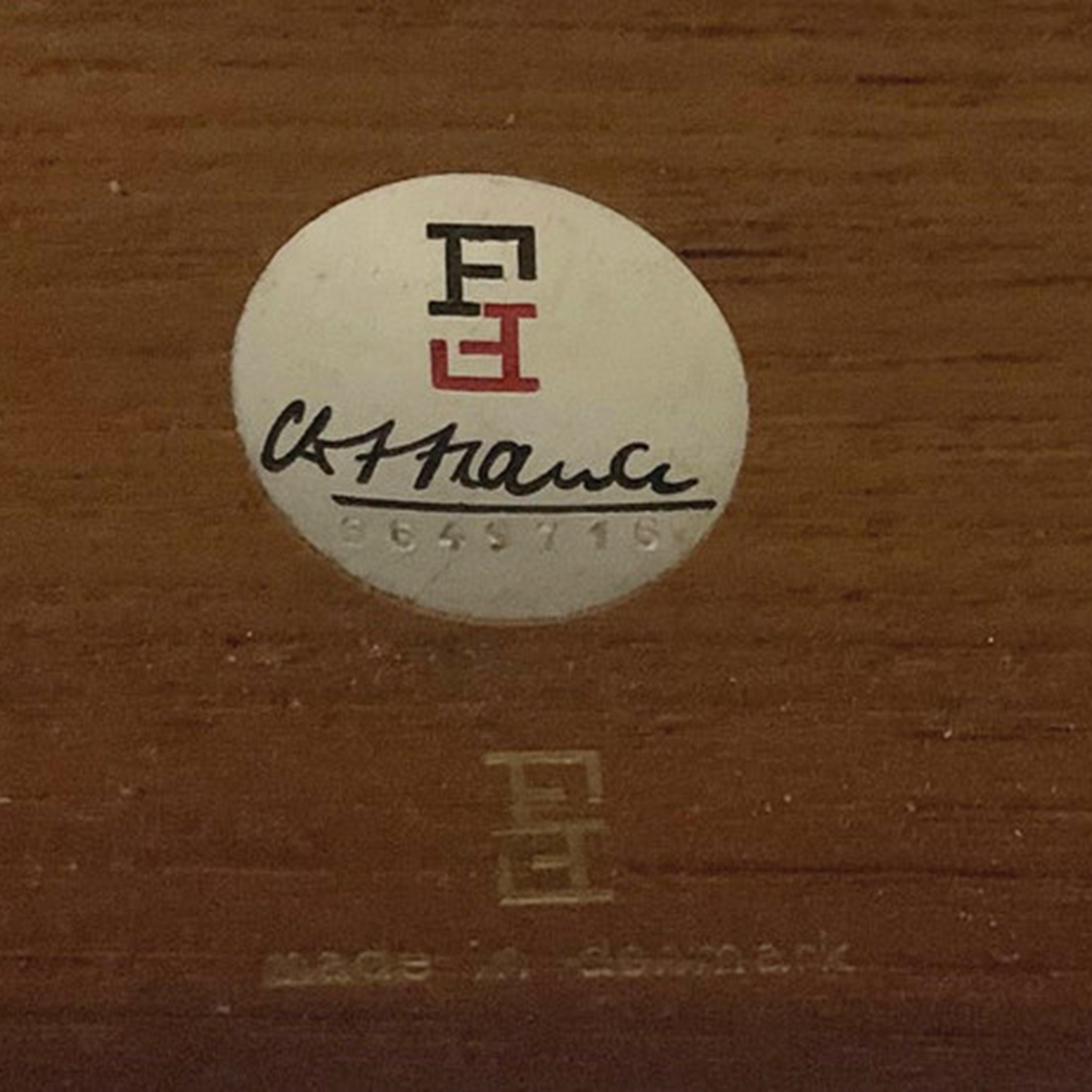 A light-brown, vintage Mid-Century modern Danish Schaukelstuhl, rocking chair made of hand carved Teakwood, designed by Ole Wanscher and produced by France & Søn, in good condition. The back rest of the Scandinavian side, end chair is open with slightly curved arms. Manufacturer label at the bottom. Newly upholstered in a light grey leather. Wear consistent with age and use. Circa 1950 - 1970, Copenhagen, Denmark, Scandinavia.

Ole Wanscher was a Danish furniture designer, born in 1903, in Frederisksberg, Denmark and passed away in 1985. Wanscher studied at the Danish School of Art and Design, and was strongly influenced by Professor Kaare Klint. One of his most famous pieces was his so called "Egyptian Stool" of 1960. Wanscher's work has been called "delicate, elegant and orderly".

France & Søn was a Danish furniture manufacturer, founded circa 1948, in Denmark by a British businessman Charles W. France and by a Danish cabinetmaker Eric Daverkosen. At the beginning, they many focused on producing mattresses, but by 1952, France & Daverkosen had built a large furniture factory in Hillerød, near Copenhagen. They became one of the most successful, well-known Danish furniture companies in producing mass production. Loose cushion and light, Teakwood frames became their signature. In 1957, when France's son Julian France joined the company, the name was change to France & Søn.