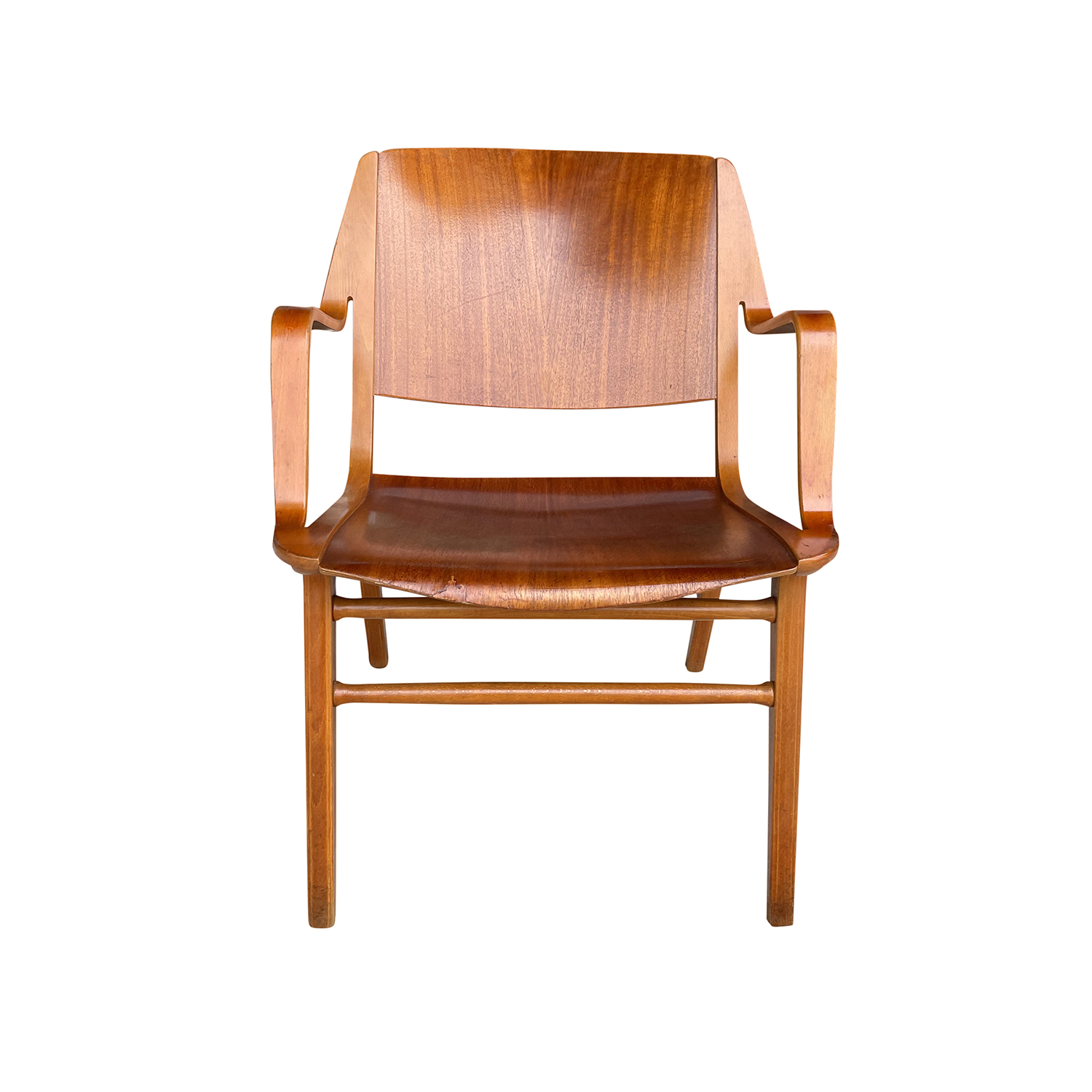 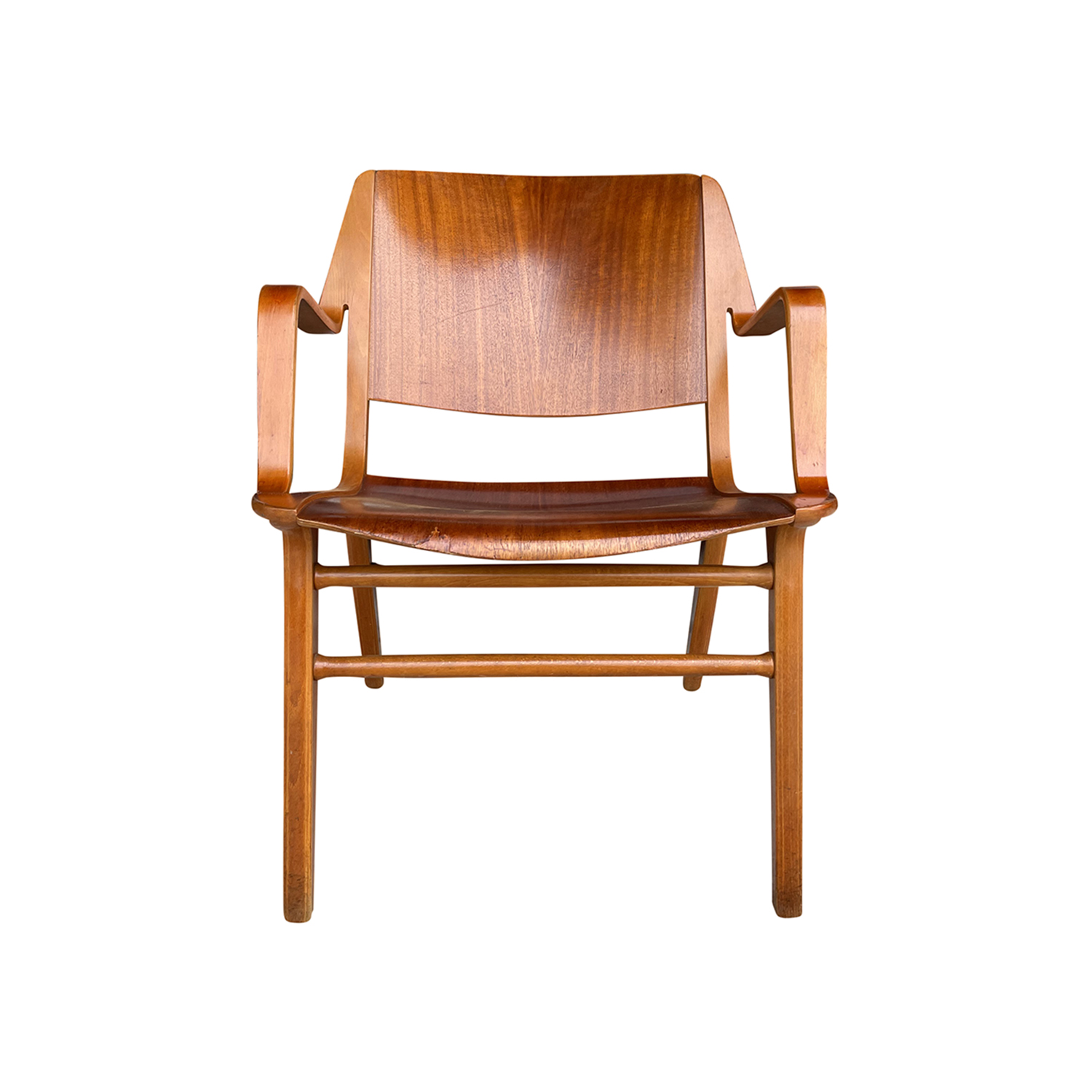 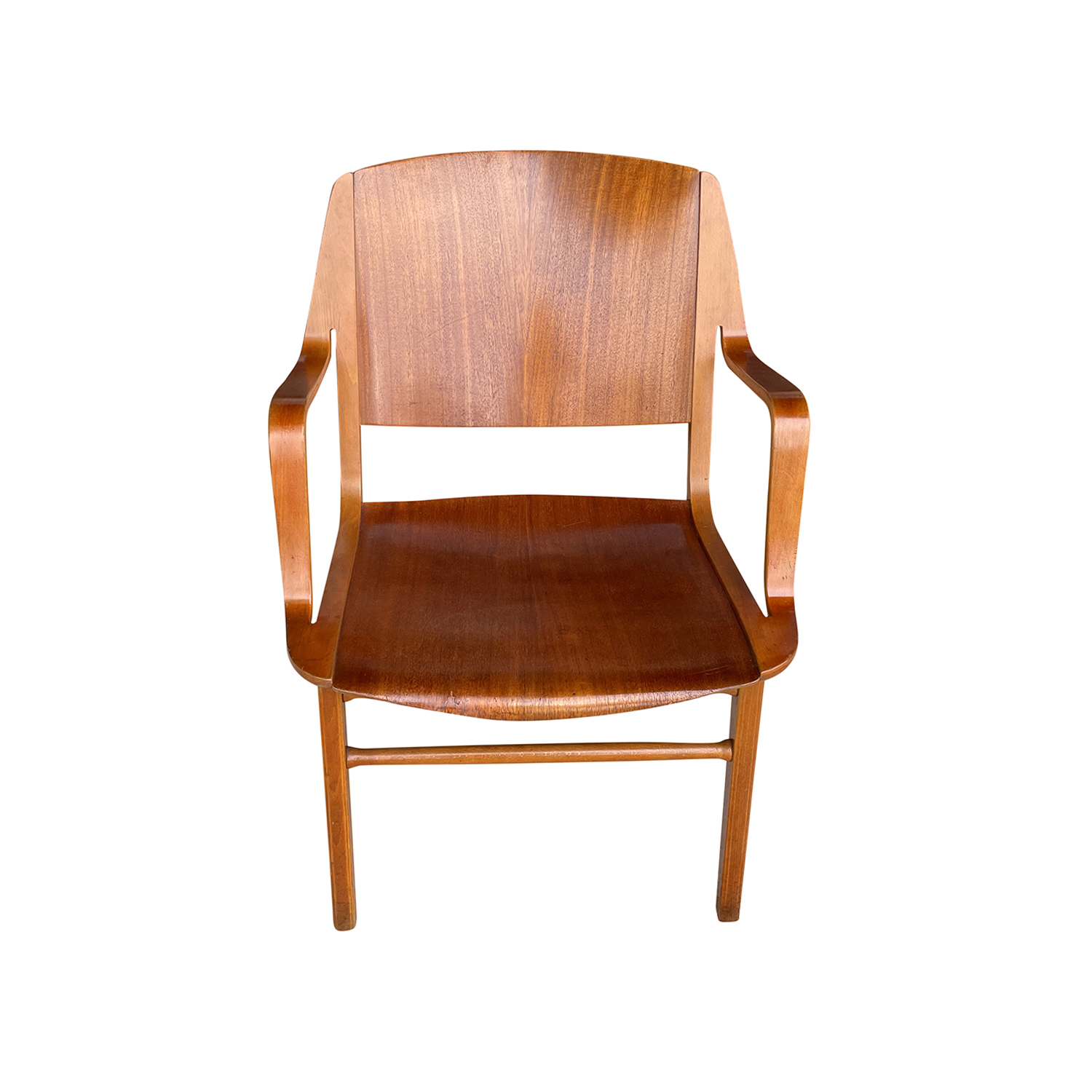 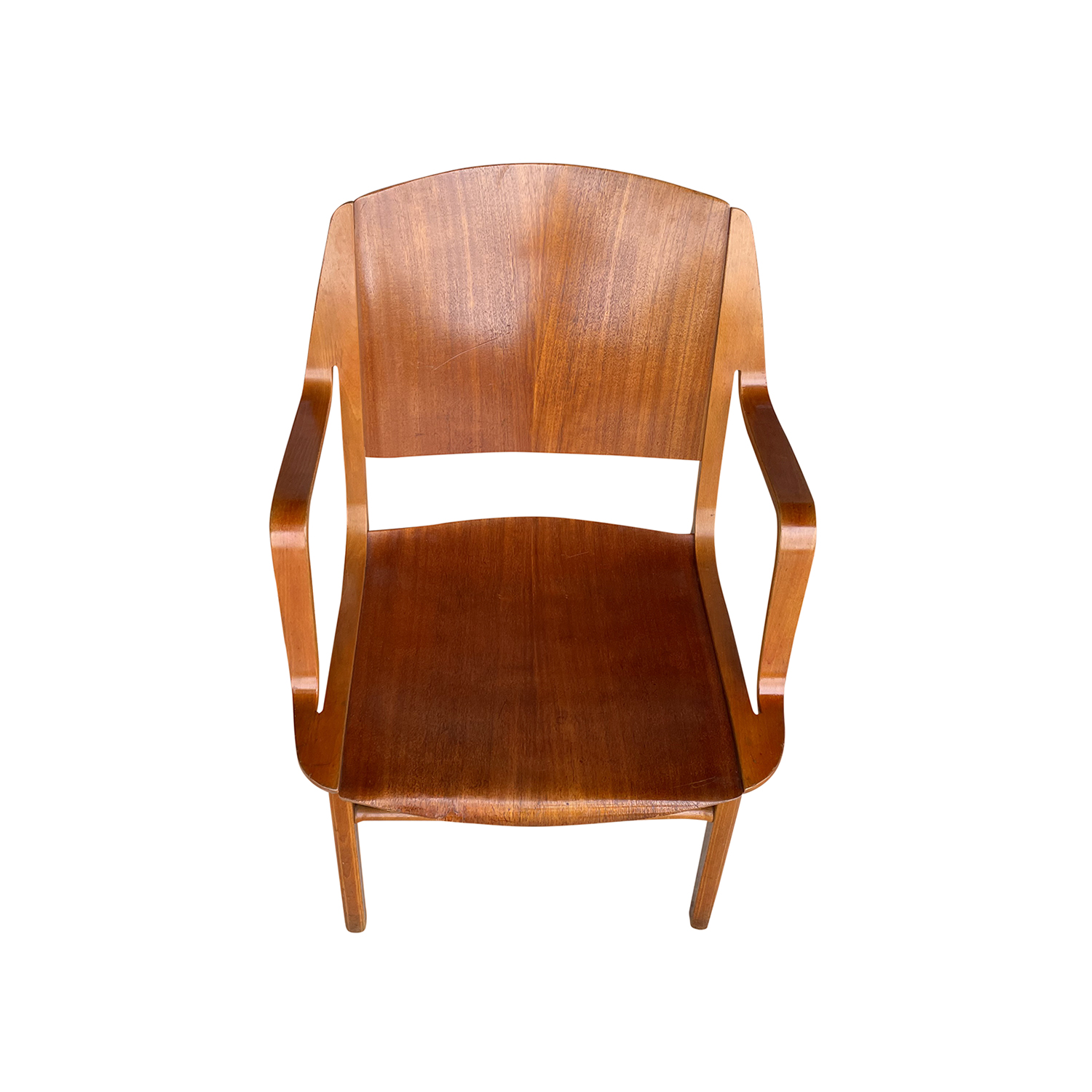 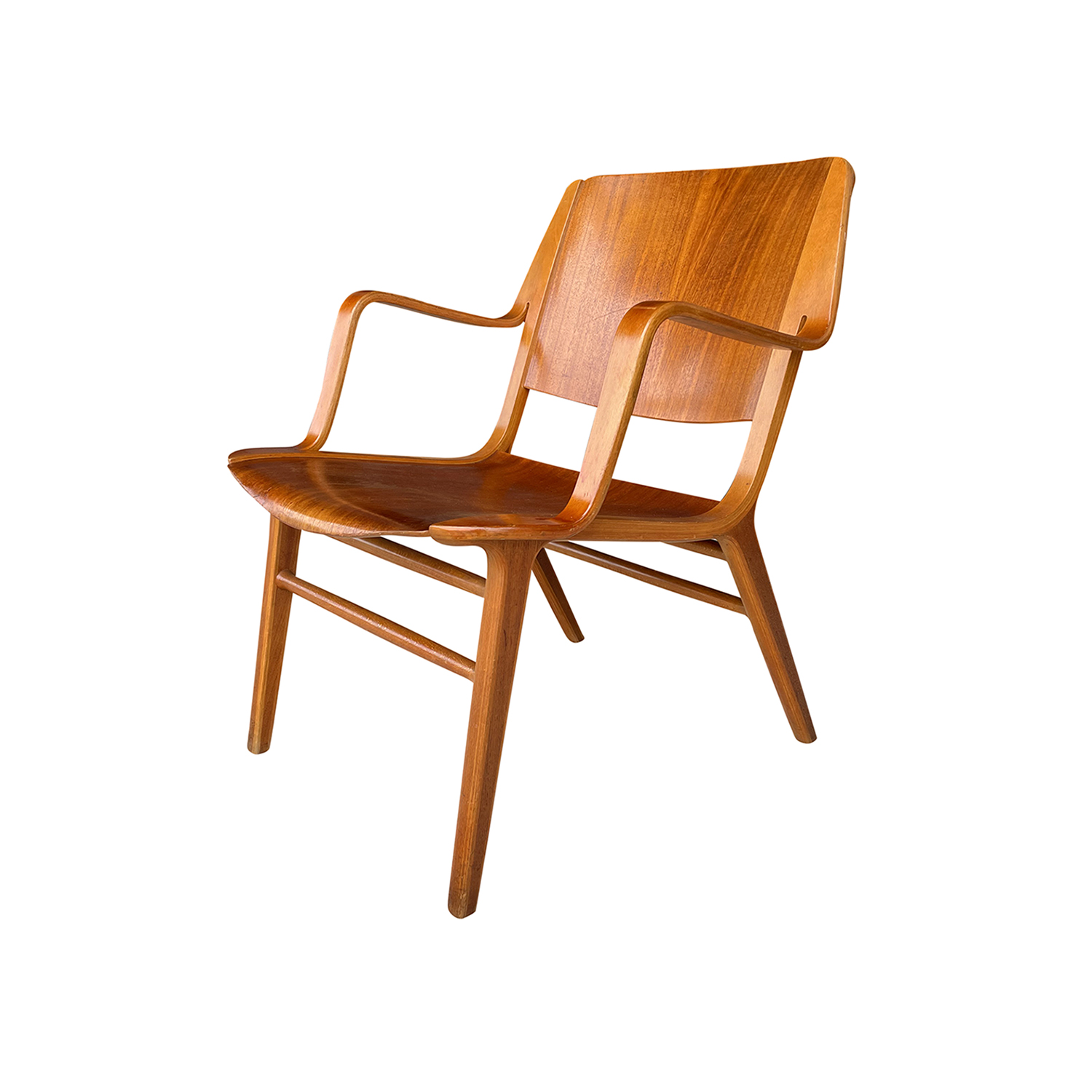 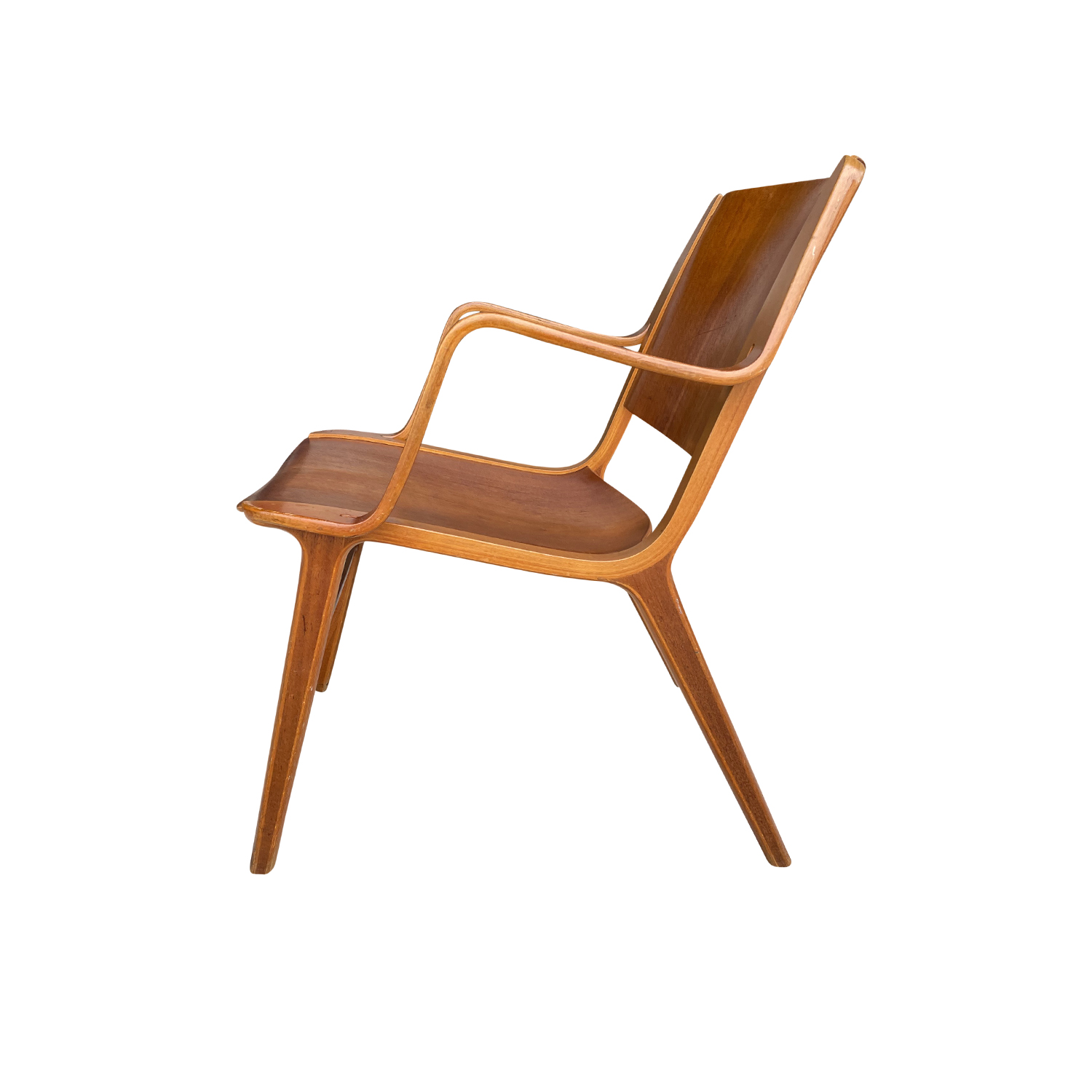 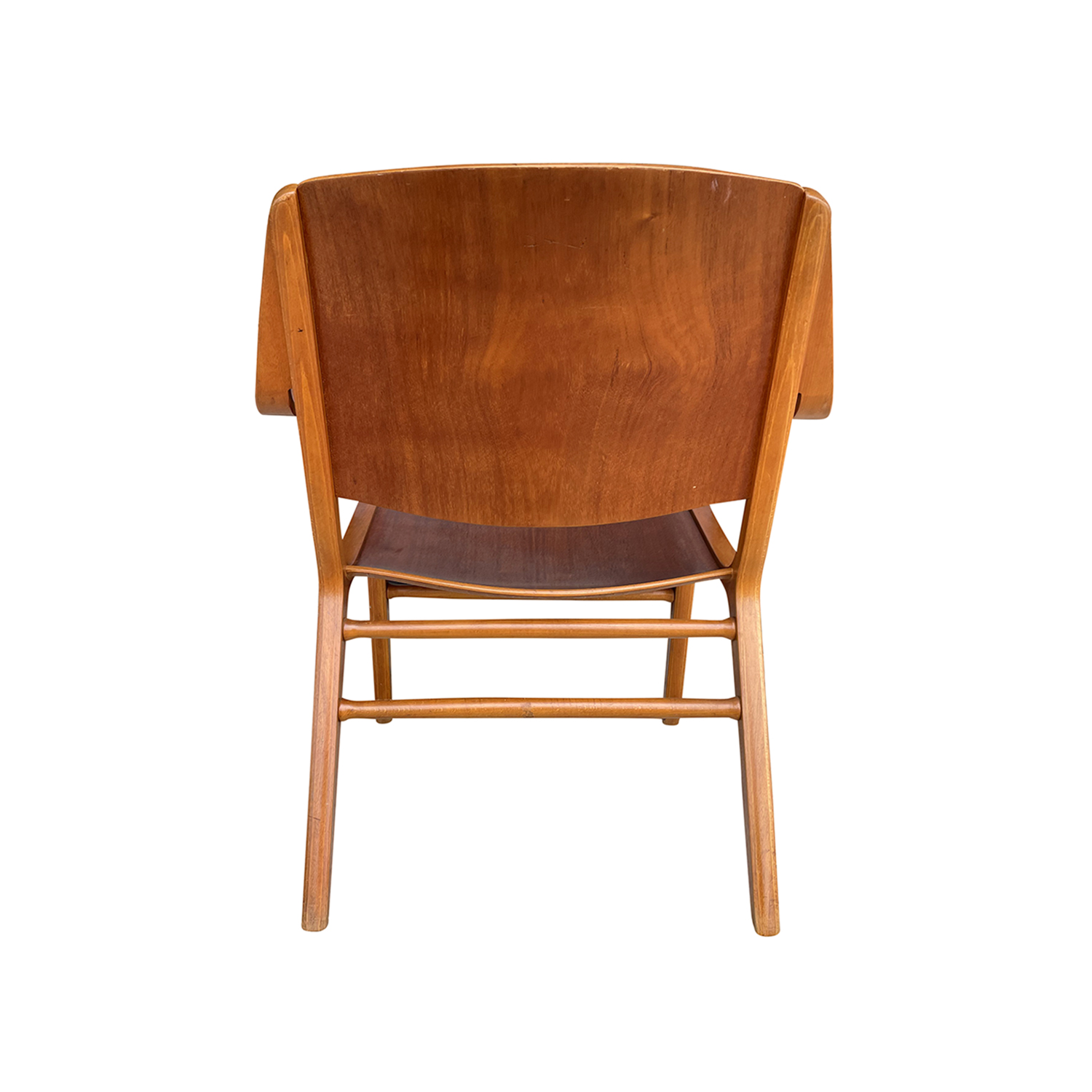 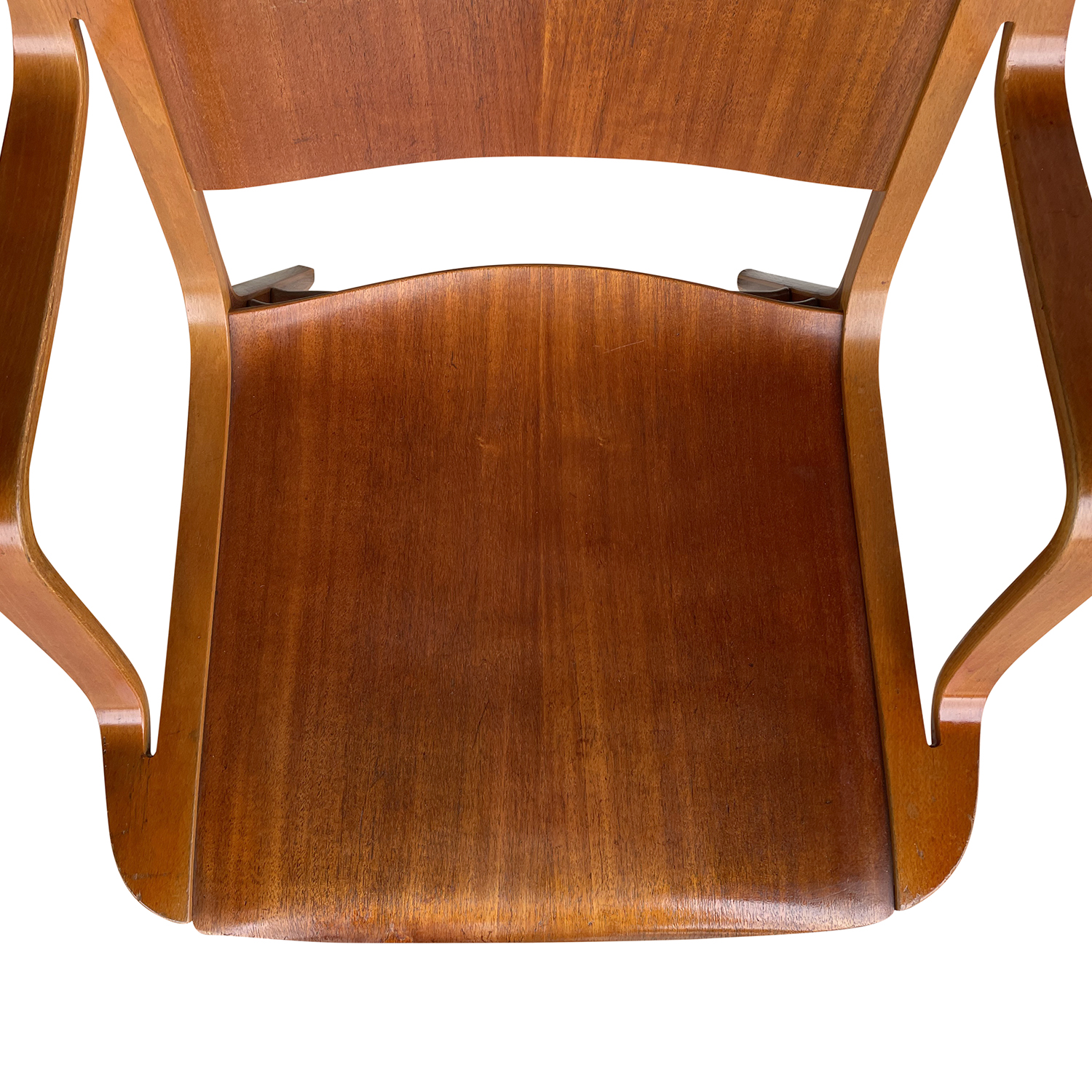 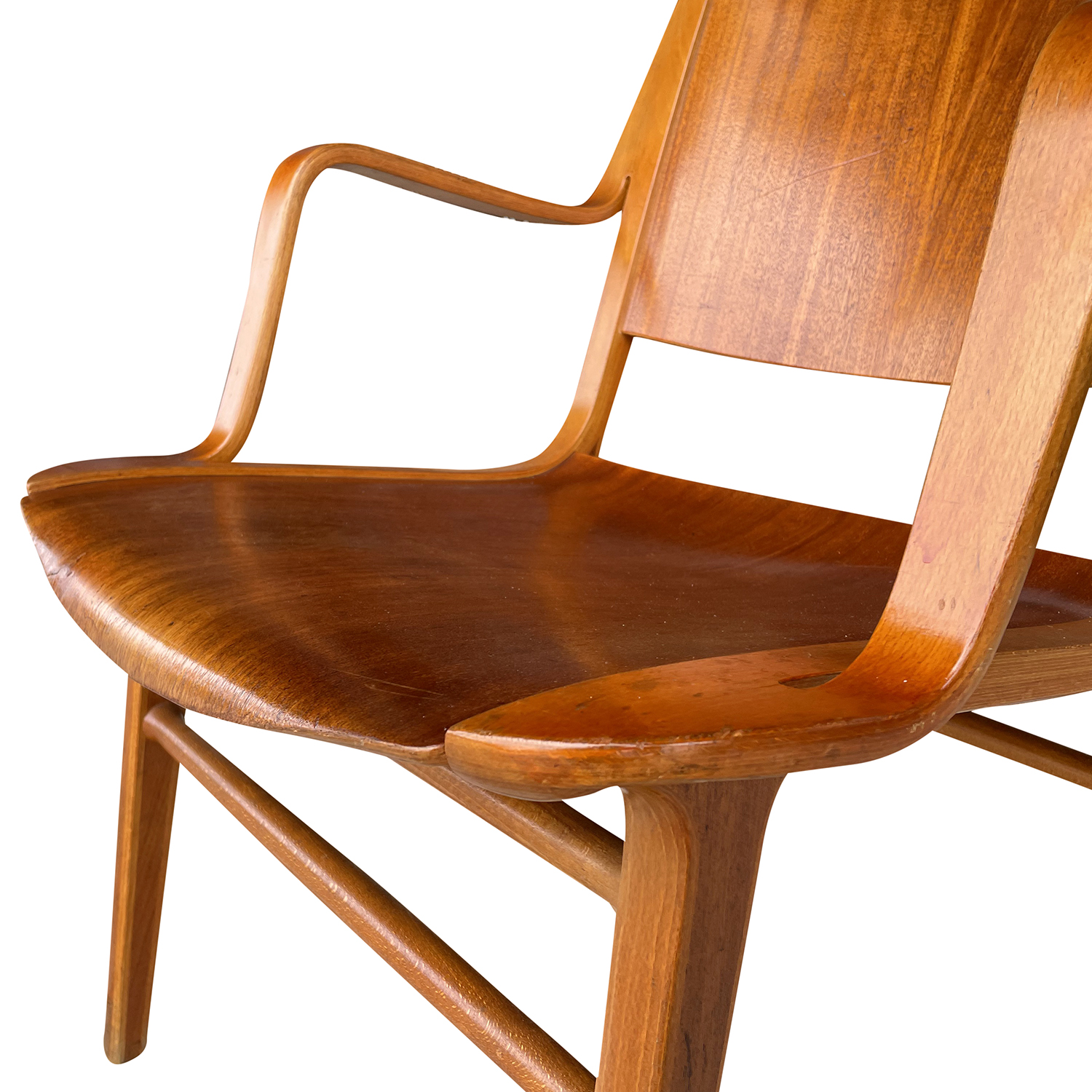 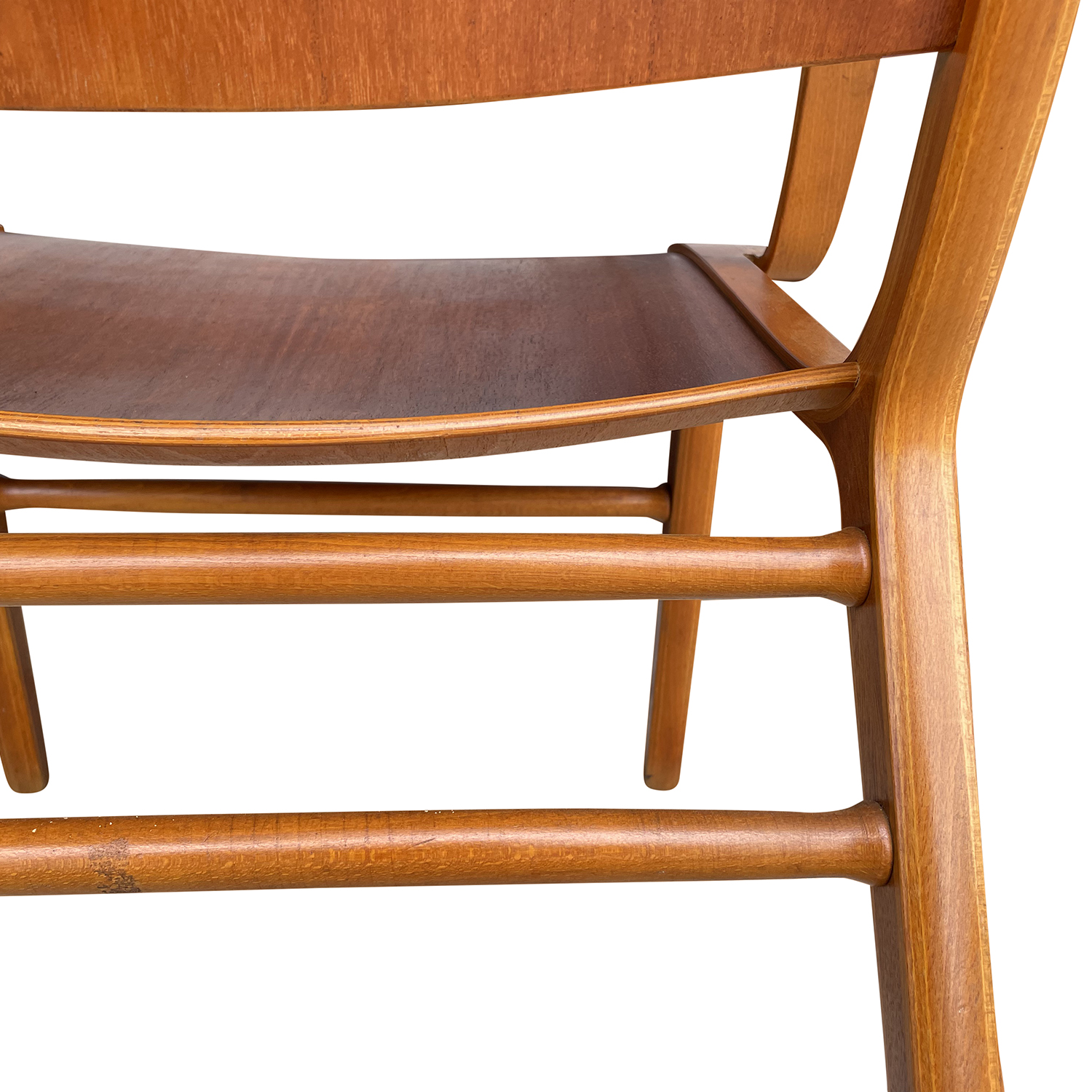 A light-brown, vintage Mid-Century modern Danish wooden side armchair, designed by Peter Hvidt & Orla Mølgaard - Nielsen and produced by Fritz Hansen. The chair is formed with laminated Beechwood, the seat is made of hand carved Teakwood and veneered Plywood, in good condition. The corner chair is standing on four legs that feature a Mahogany core. An example of this chair design can be found at the Museum of Design in Copenhagen. Wear consistent with age and use. Circa 1960, Denmark, Scandinavia.

Peter Hvidt was a Danish architect and furniture designer born in 1916 Copenhagen, Denmark and passed away in 1986. In the early 1940’s, Hvidt finished his apprenticeship at the Design School in Copenhagen. In 1944, he opened the architectural firm Hvidt & Mølgaard with the Danish architect and designer Orla Mølgaard-Nielsen. They designed a number of pioneering sets of furniture, like Portex in 1945 or Ax in 1950. They also designed for the well-known Danish furniture design company Fritz Hansen. During his work time, Hvidt received twice the Diploma d’Honneur at the Triennale in Milan, Italy.

Fritz Hansen, also known as Republic of Fritz Hansen, is a Danish furniture design company. Founded in 1872 by the Danish carpenter Fritz Hansen in Lillerod, Denmark. Many well-known artists, designers have work for Fritz Hansen or had their work manufactured by Hansens like the famous Danish architect and designer Arne Jacobsen or Hans J. Wegner. One of their designs icons is the Egg chair by Arne Jacobsen or the Swan chair.