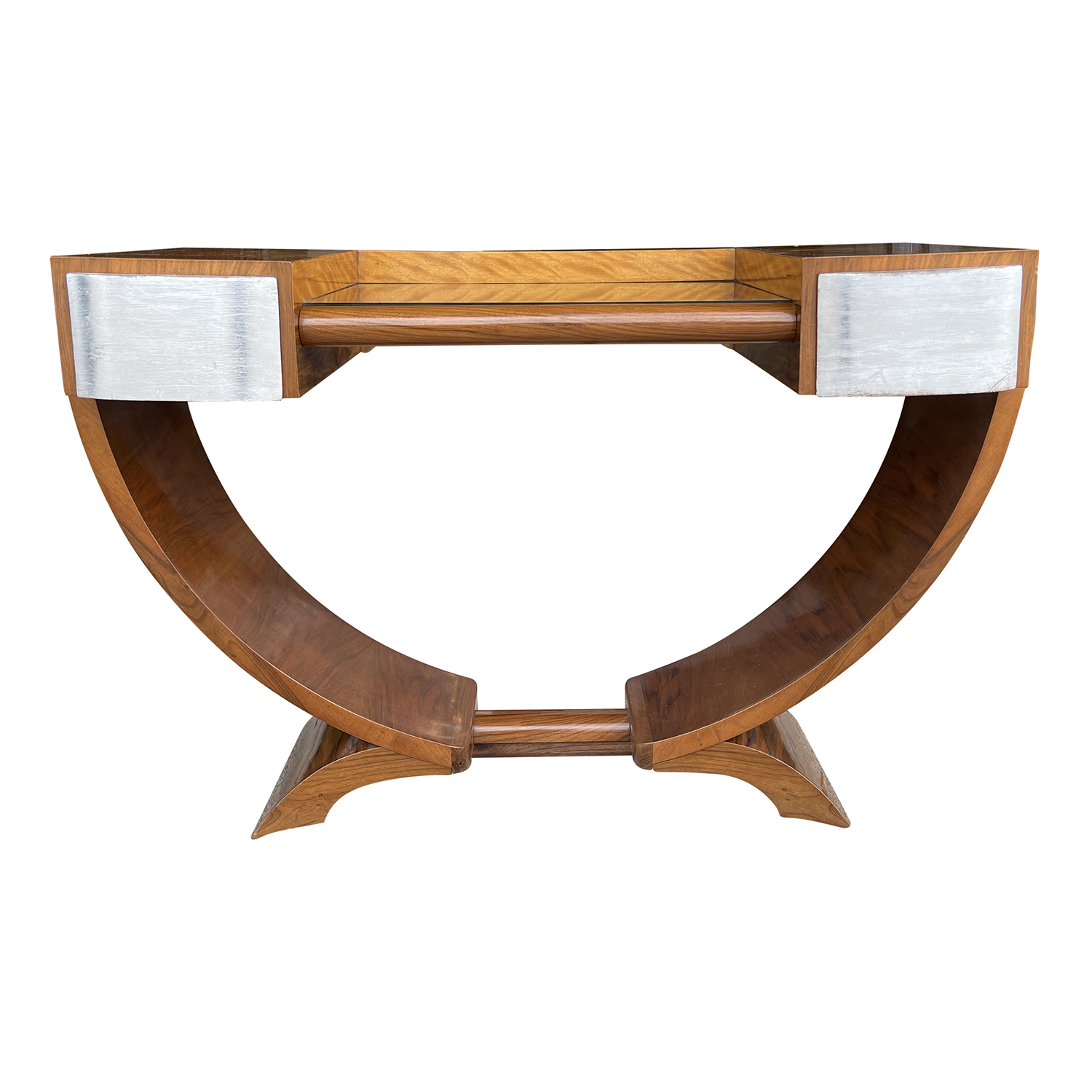 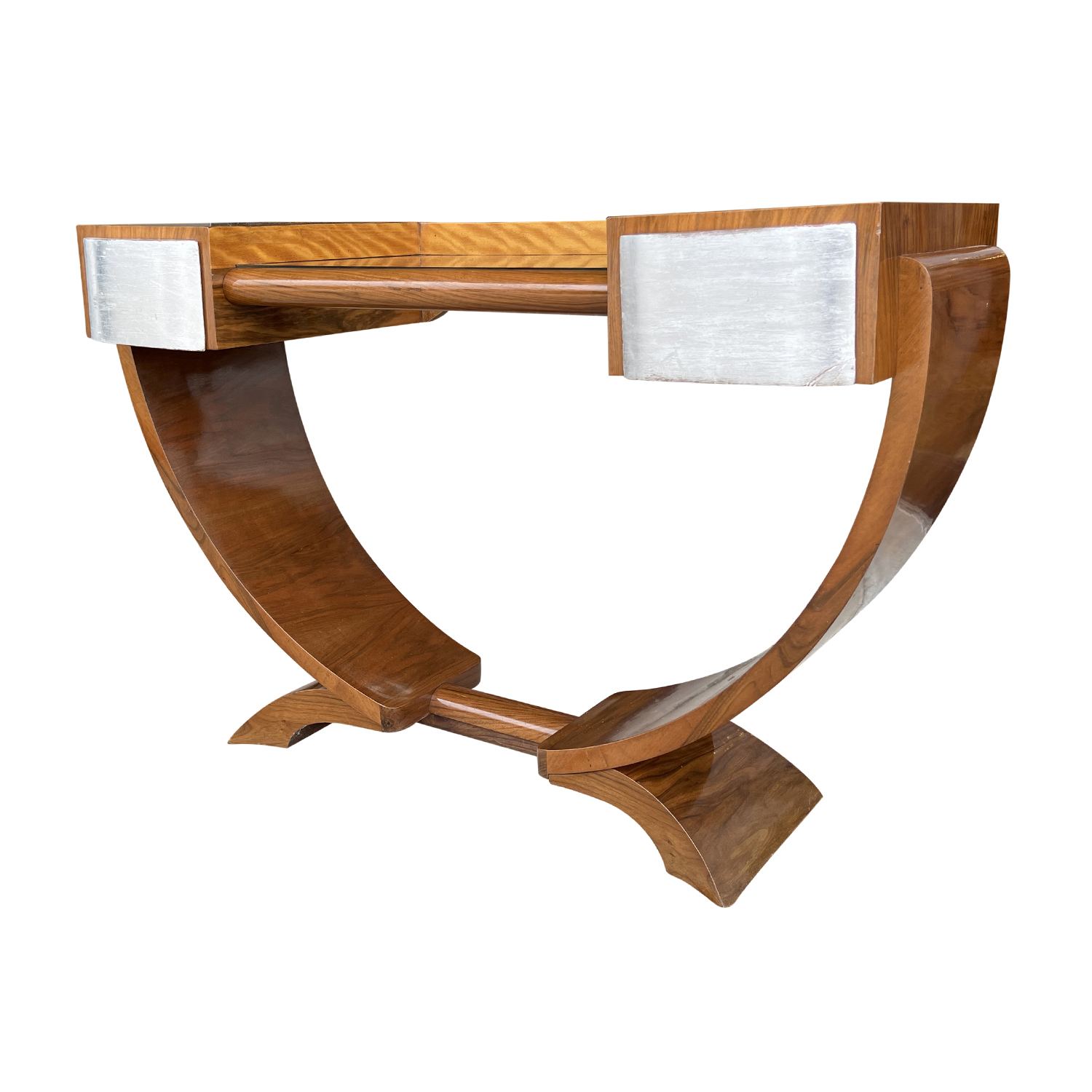 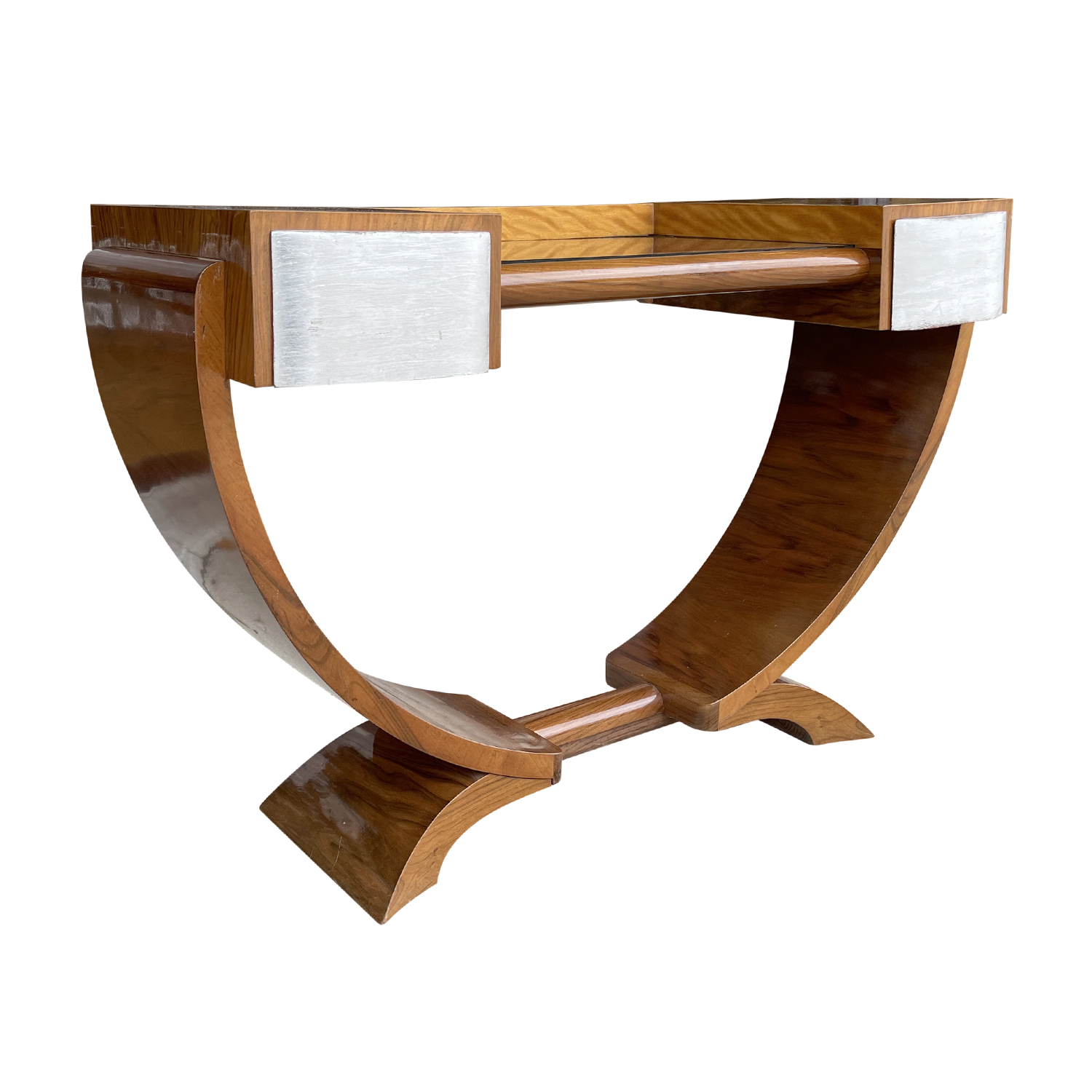 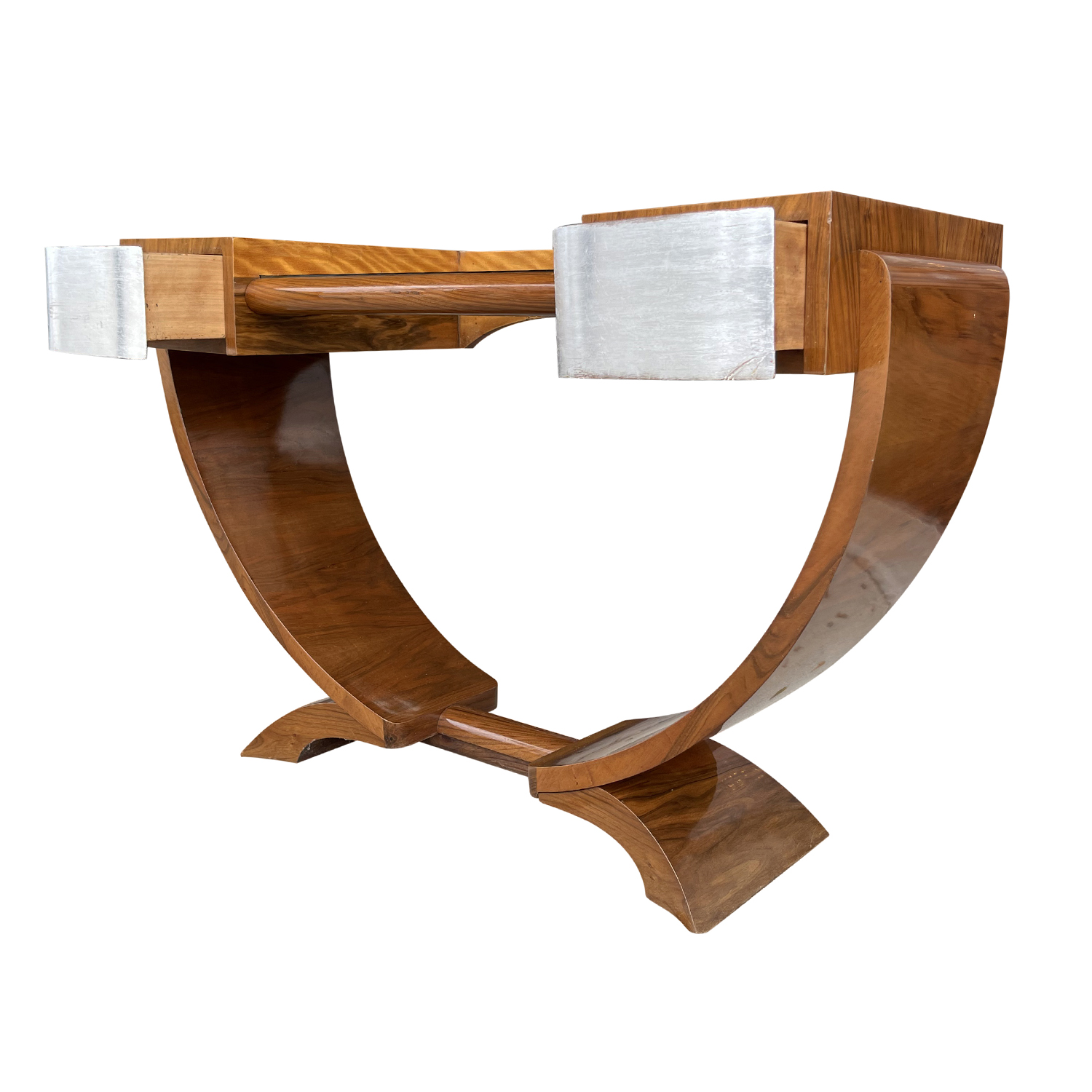 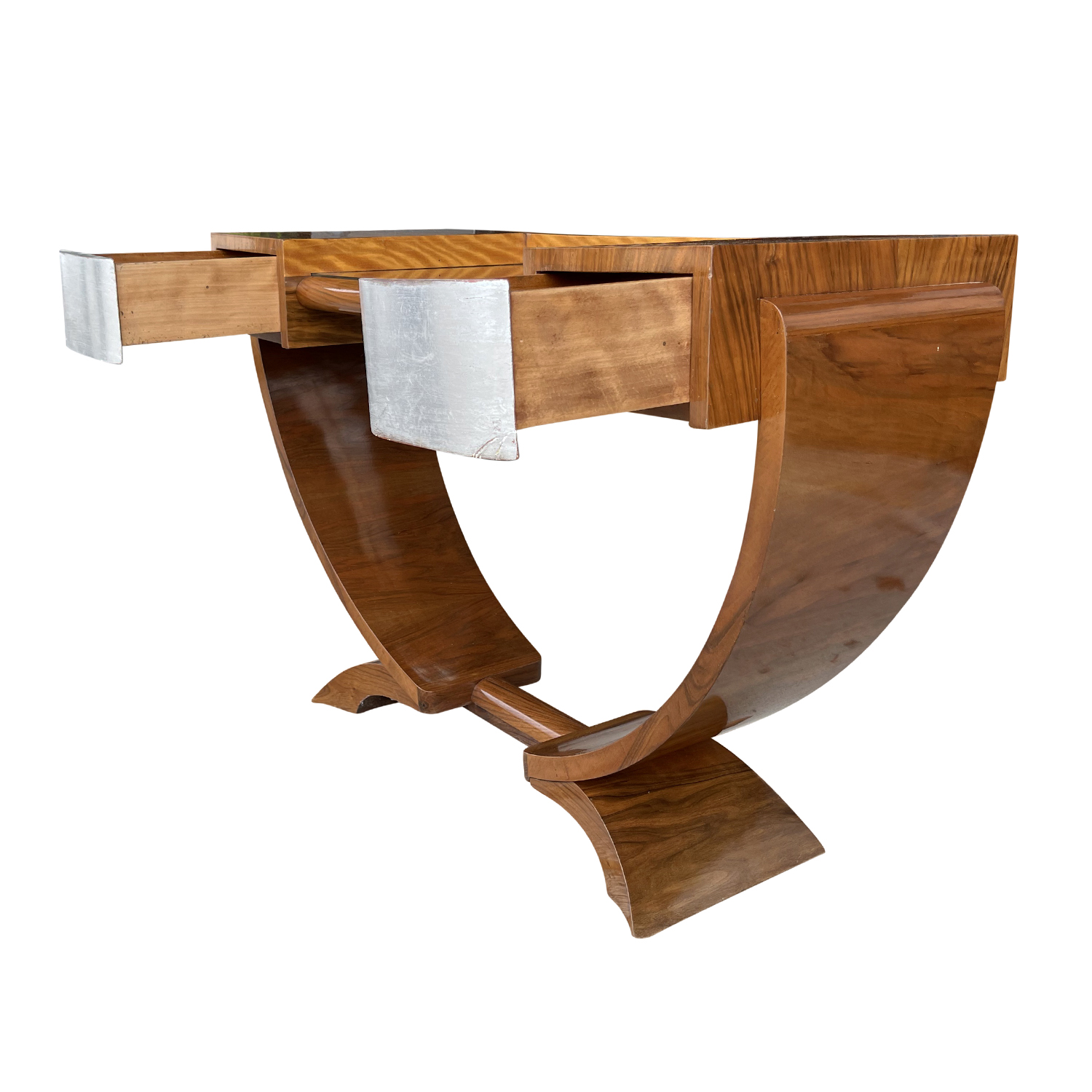 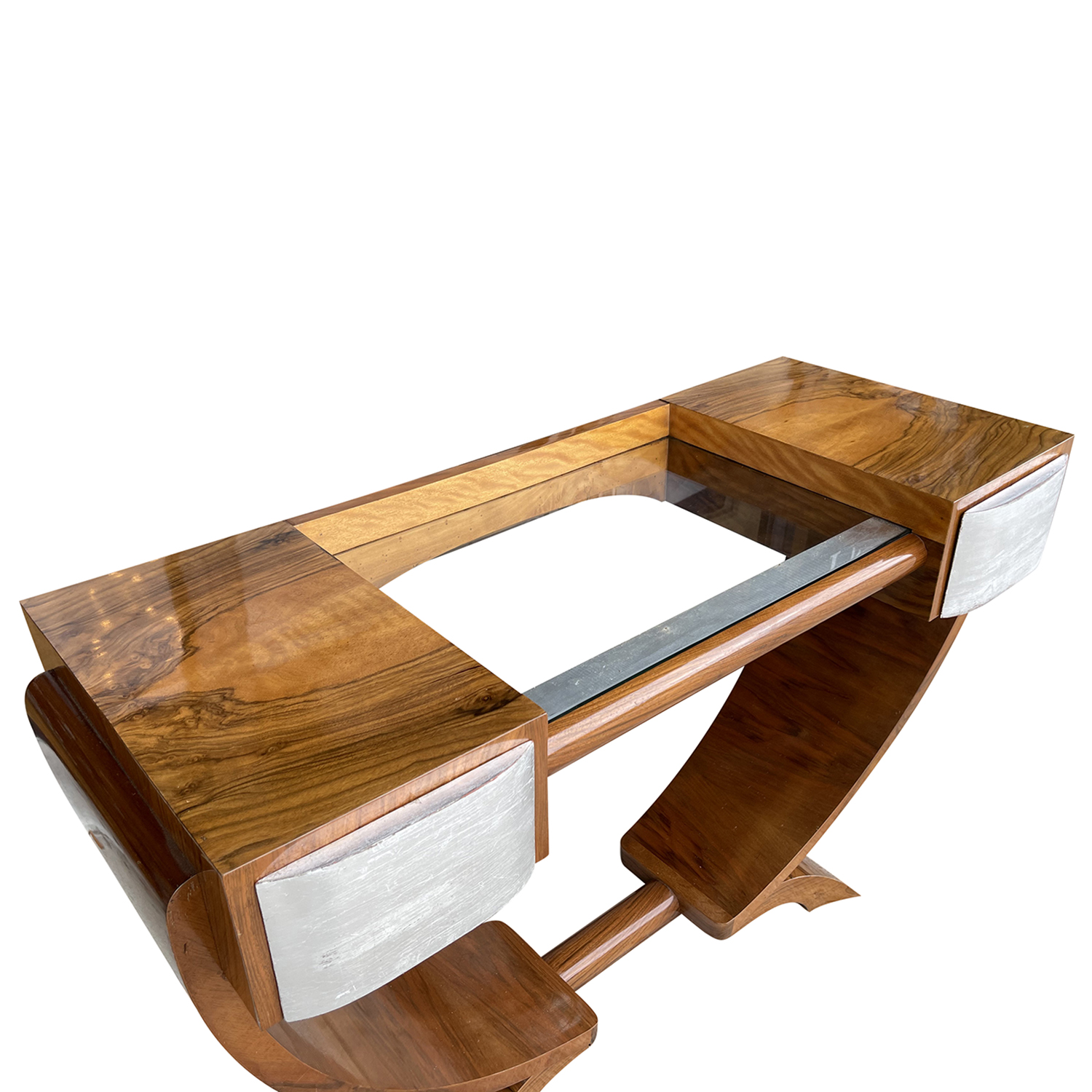 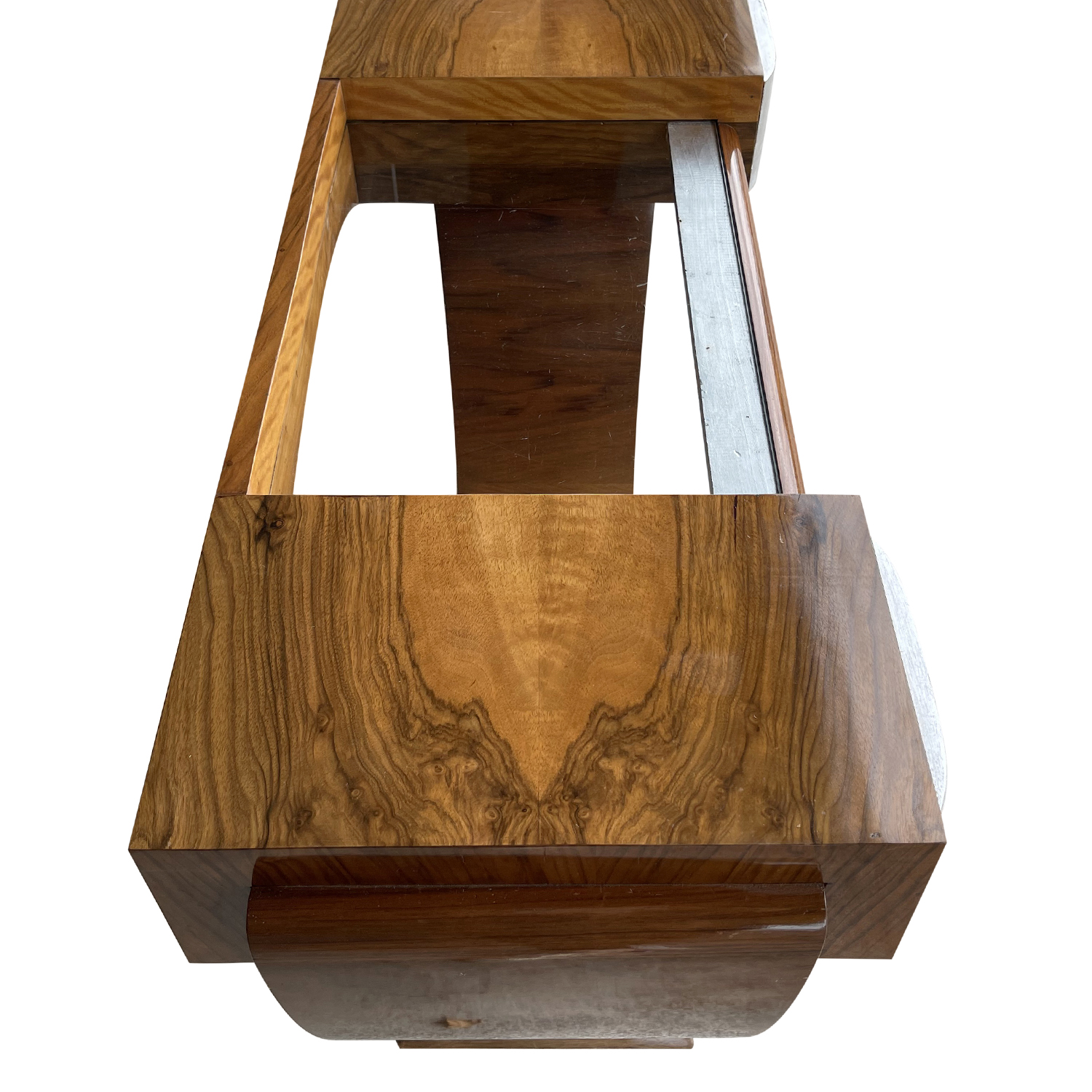 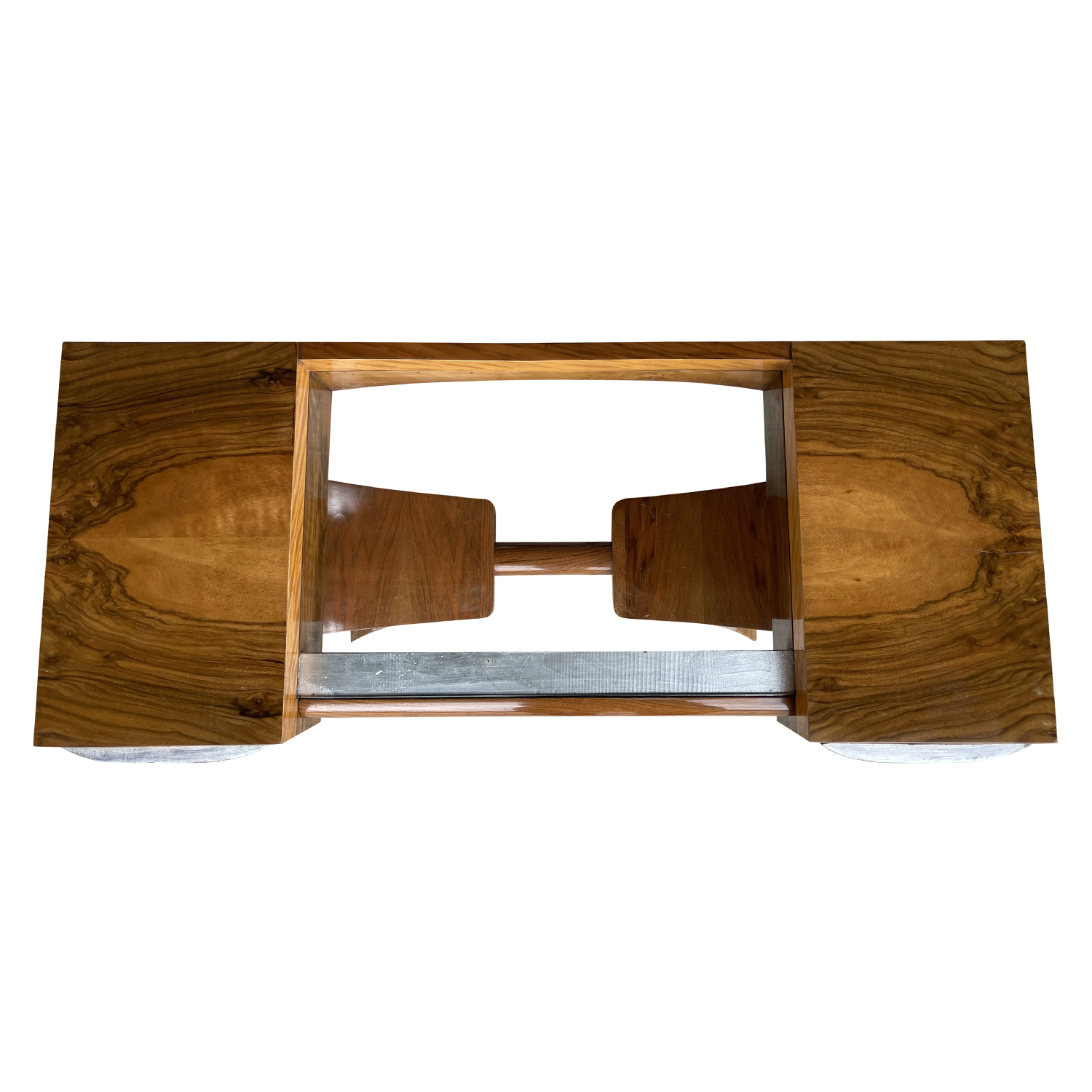 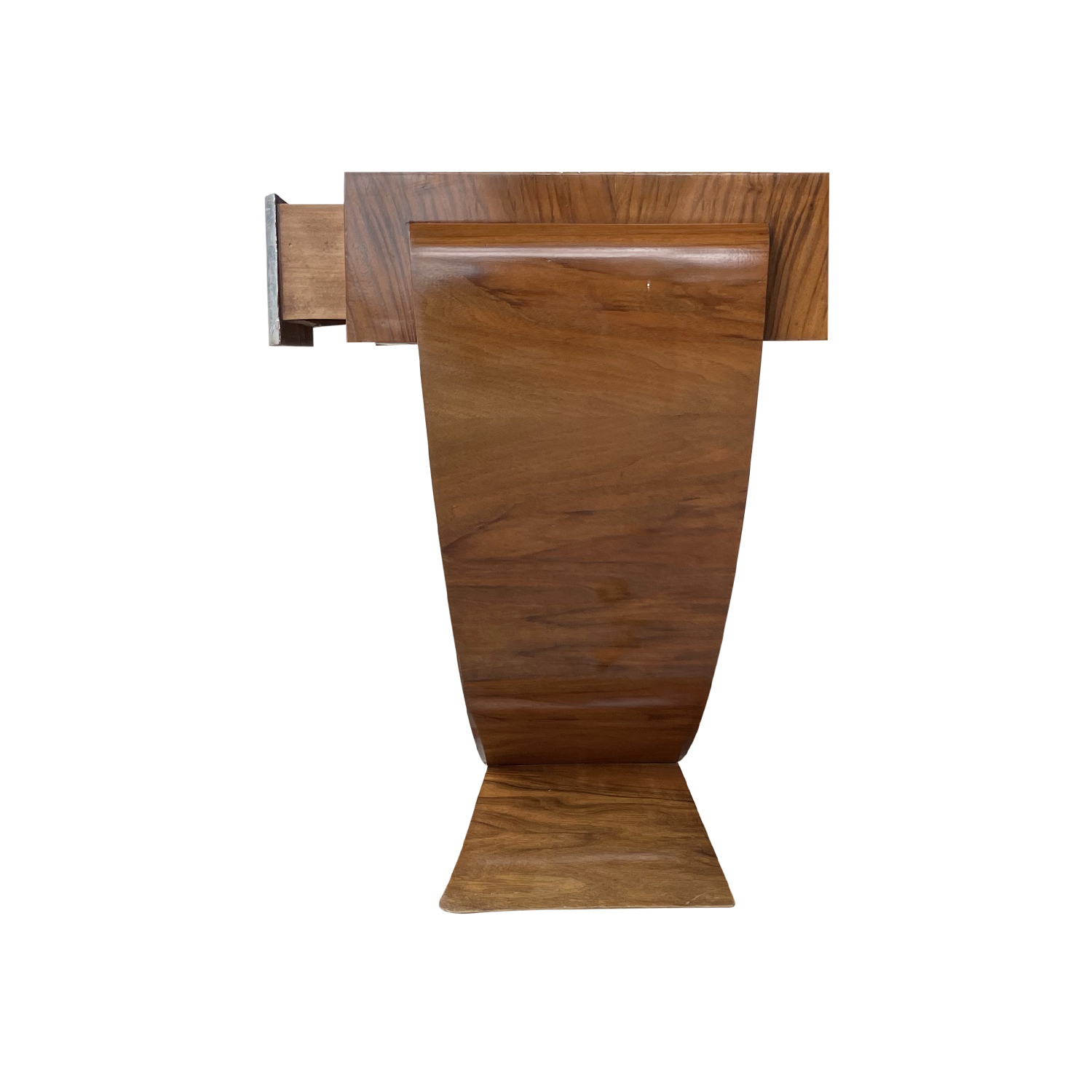 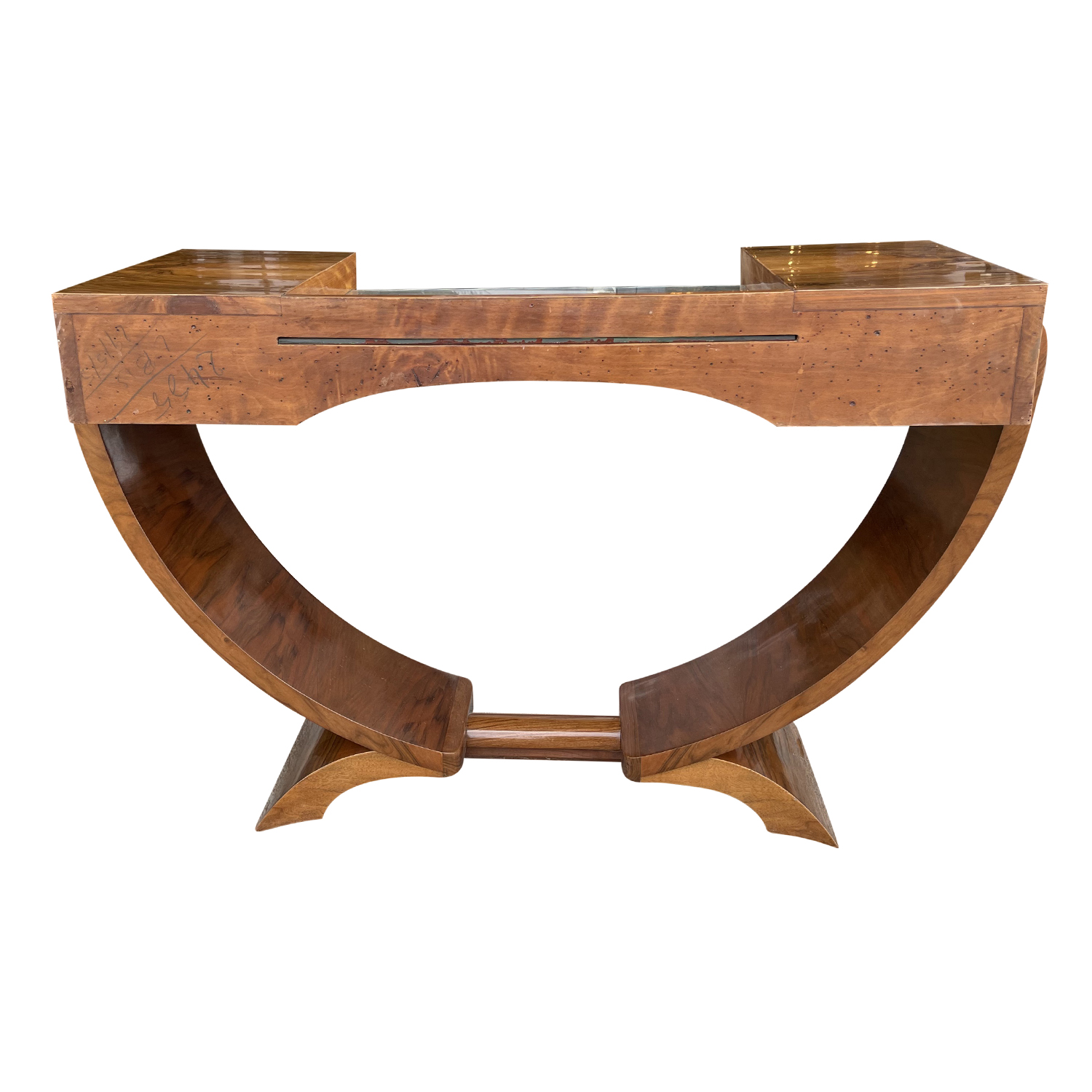 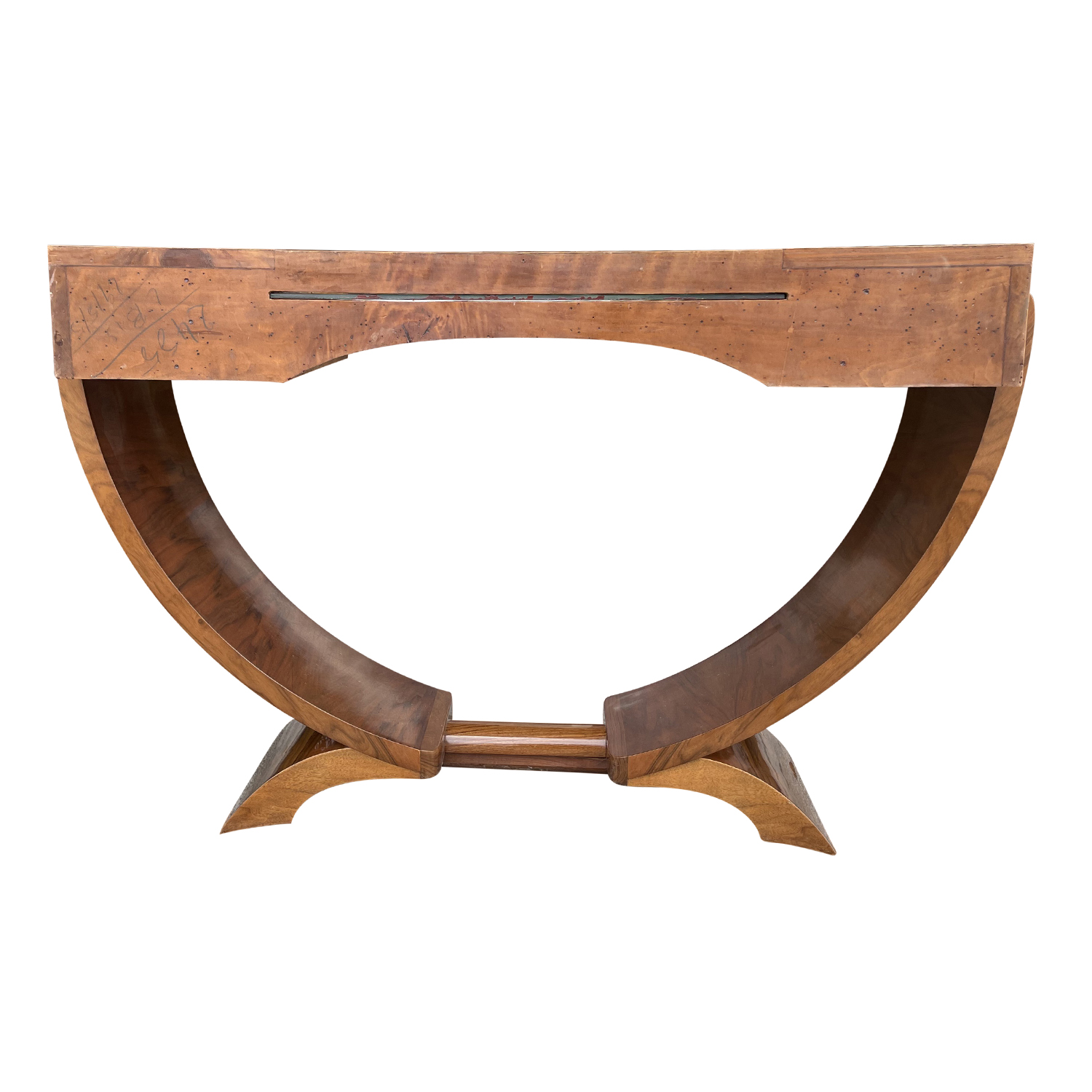 A vintage French Art Deco vanity made of hand carved veneered Walnut with a glass top and two silvered drawers. The small console, end table was designed by Émile-Jacques Ruhlmann, in good condition. Wear consistent with age and use. Circa 1930, Paris, France.

Émile-Jacques Ruhlmann, sometimes called Jaques-Émile Ruhlmann was a French furniture designer and interior decorator, born in 1879 in Paris, France and passed away in 1933. At an early age, Rulmann started working with his father, where he learned the business, working with painters and paper hangers. When his father died in 1907, he took over the family business. Later on, in 1923, he opened his own workshop. His furniture represents the Art Deco style period, he is considered one of the most important figures in the Art Deco movement. Rulmann used very rare and expensive woods, such as Rosewood and Tropicalwood.