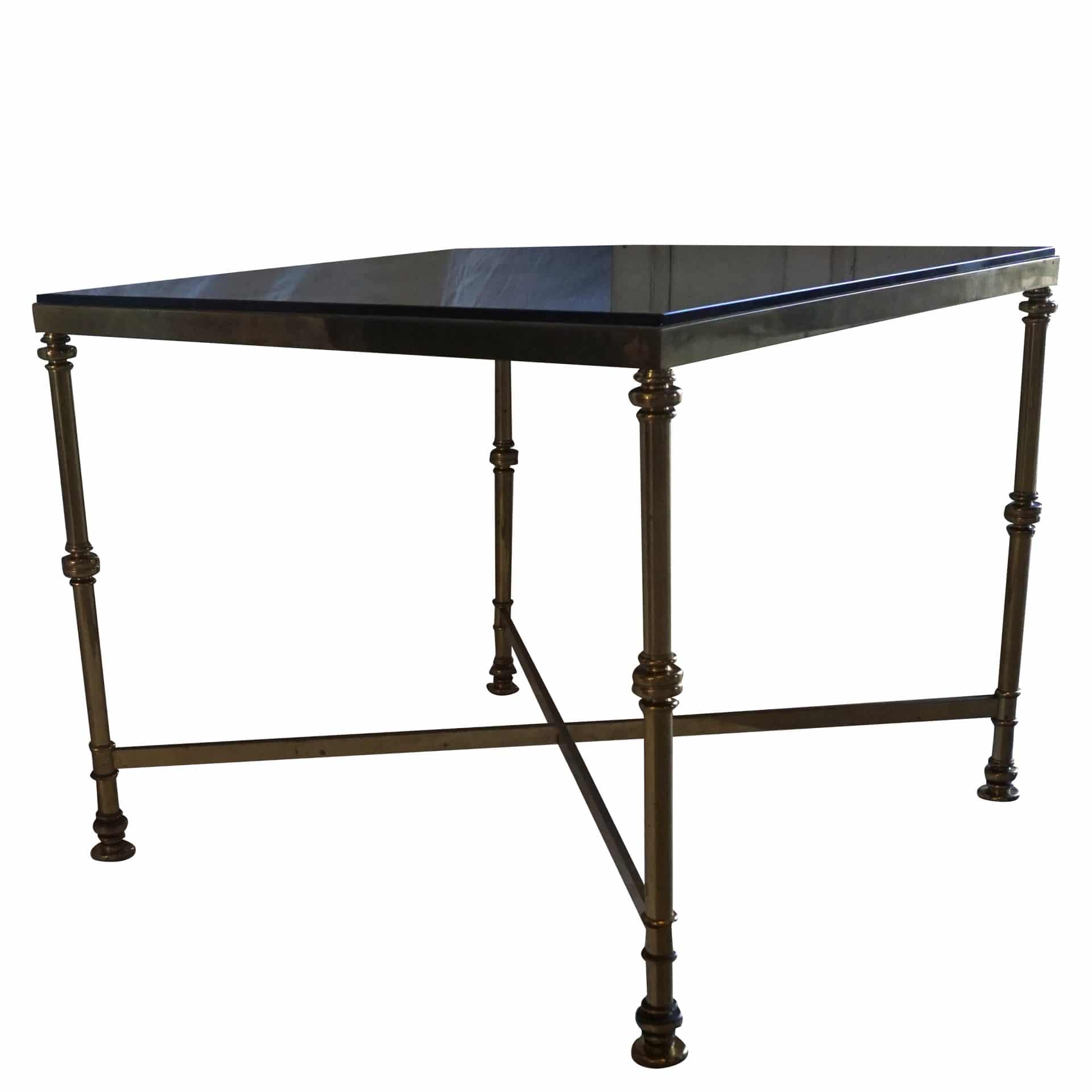 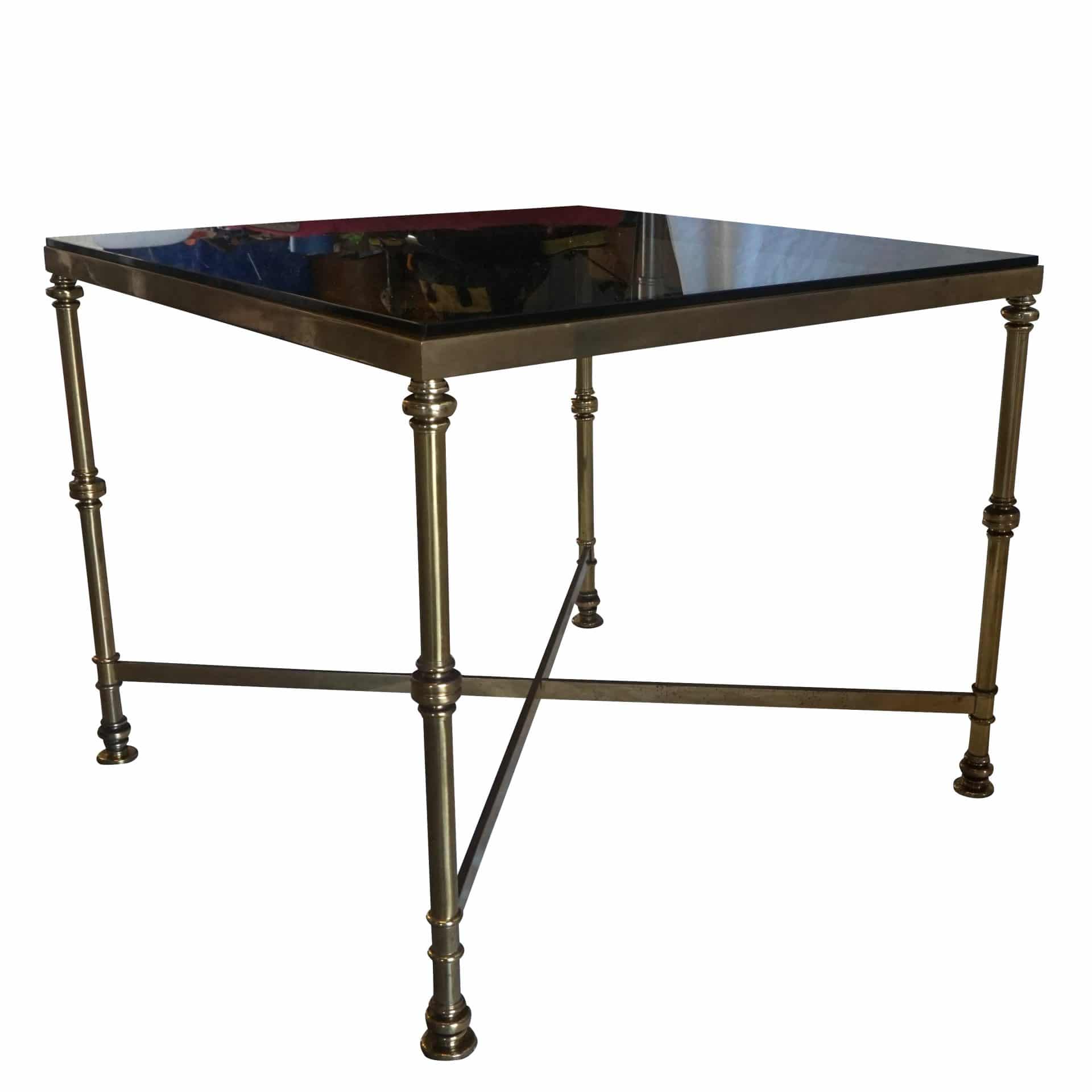 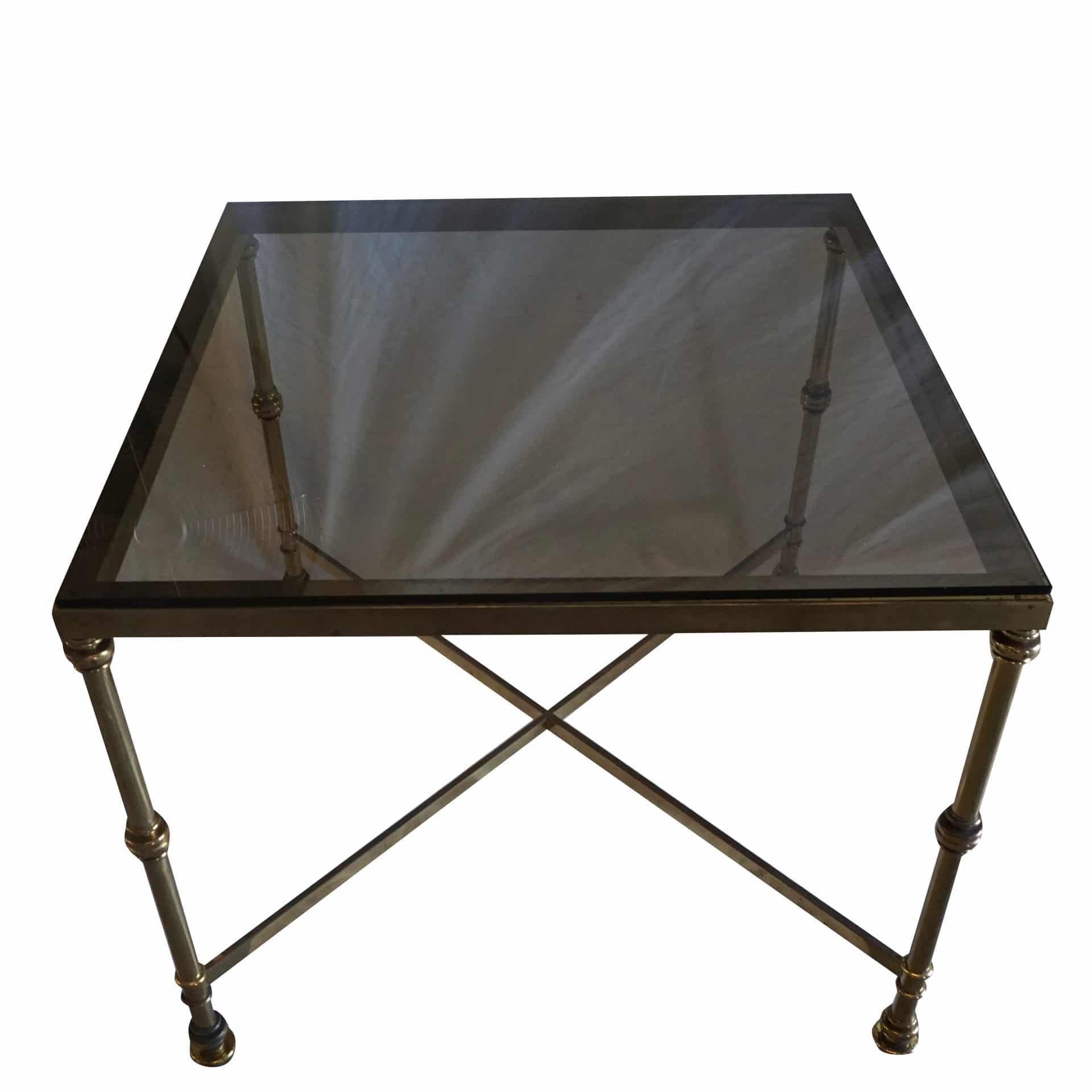 20th Century French Brass Side, Soda Table in the Style of Maison Jansen

A simple, vintage Mid-Century modern French polished brass side, end table with a smoked glass top in the manner of Maison Jansen, in good condition. Wear consistent with age and use. Circa 1960, Paris, France.

The Maison Jansen was a French interior design firm, based in Paris, France, founded in 1880 by a Dutch-born Jean-Henri Jansen. Jansen was an interior designer and decorator born in 1854 Netherlands and passed away in 1928 Paris, France. Jansen is considered one of the first truly international design firms, serving clients in Europe, Latin America, North America and the Middle East. At the beginning of the companies existence, Maison Jansen mixed traditional furnishing with influences of new trends, including the Vienna Secession, Modernism, and Art Deco. Throughout his life, Jansen has provided services to the royal families of Belgium, Iran, and Serbia. Jansen is known for his project in the U.S. White House during the administration of John F. Kennedy.

20th Century French Brass Side, Soda Table in the Style of Maison Jansen