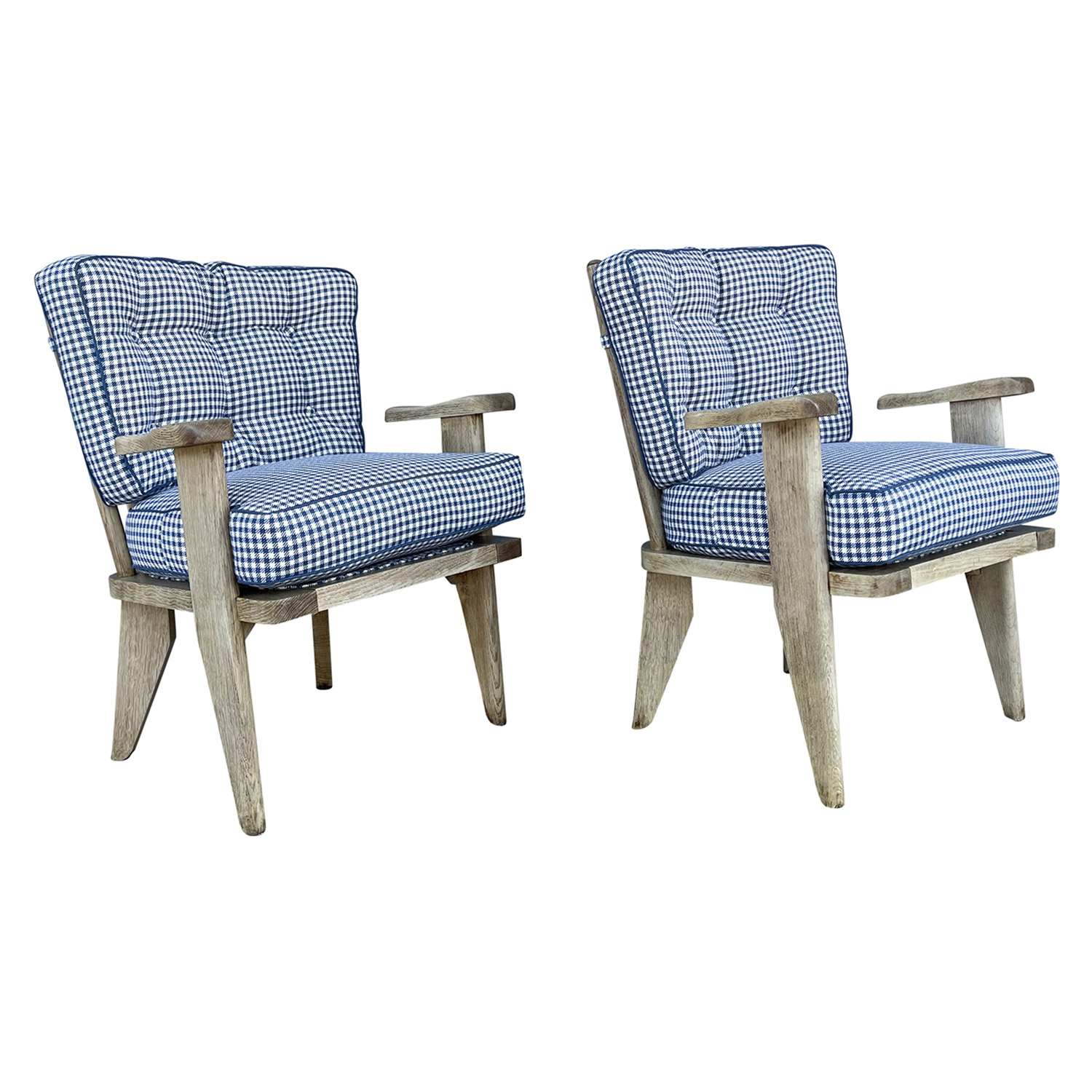 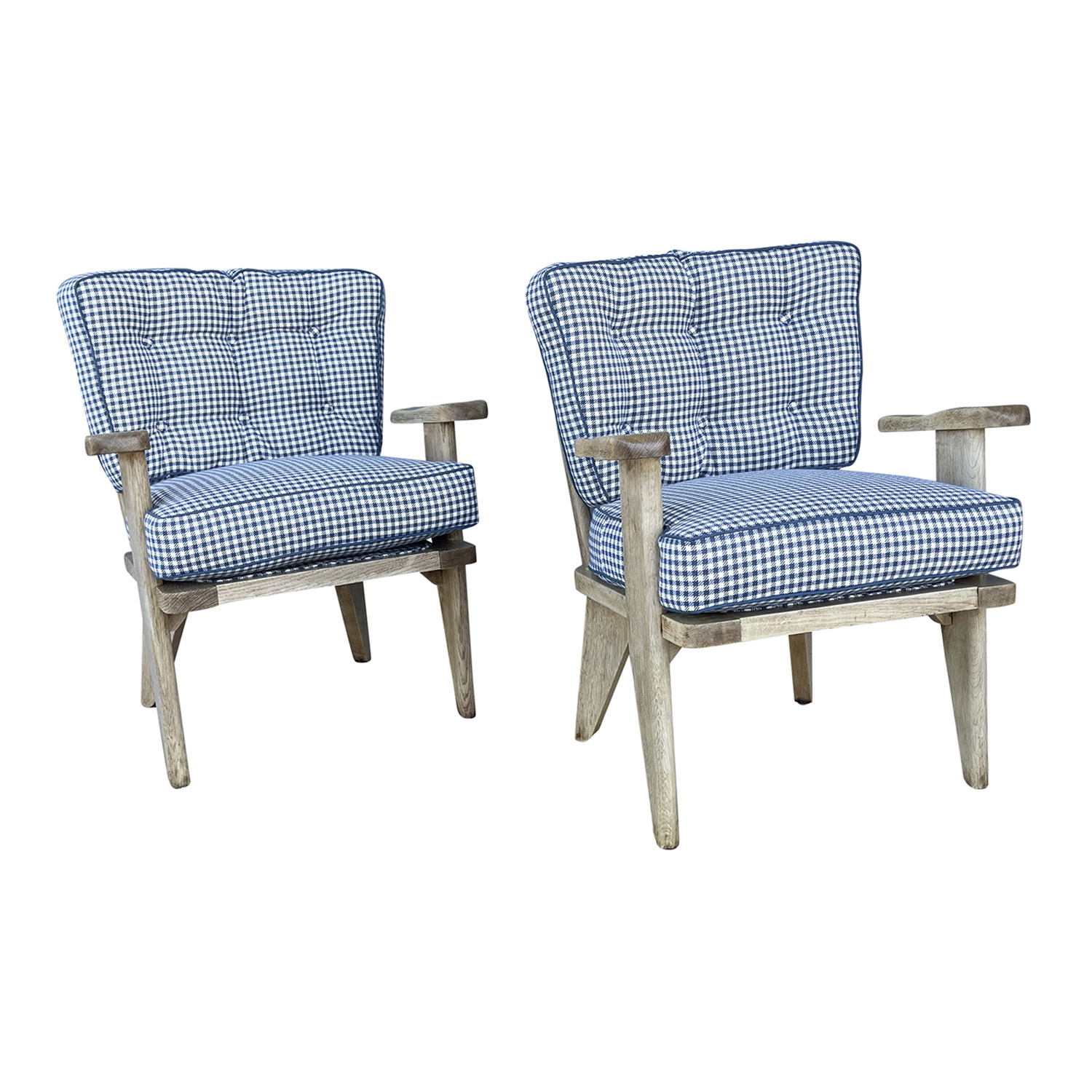 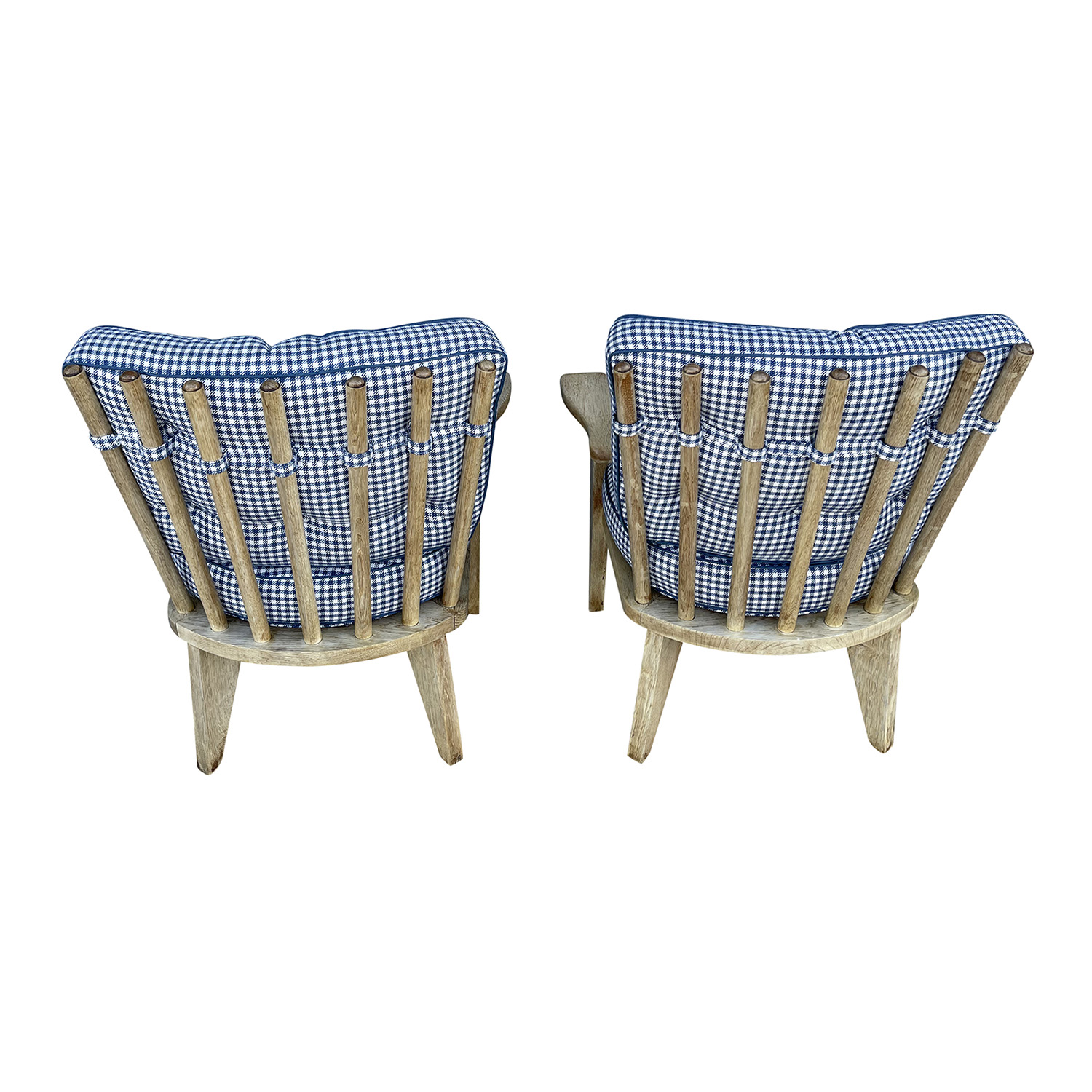 A vintage Mid-Century modern French pair of light brown lounge chairs made of hand carved Oakwood, designed by Guillerme and Chambron, produced by Votre Maison, in good condition. The back rest of the side chairs are spindled, separate with small armrests, standing on four curved wooden legs. Restored, refurbished and hand polished, bleached. Newly upholstered in a blue white fabric. Wear consistent with age and use. Circa 1950 - 1960, Lille, France.

Robert Guillerme was a French designer and architect born circa in the 1920's in France and passed away in France. Guillerme studied architecture and design at the French university École Boulle in Paris. After the Second Work War, he moved to Lille, where he started to begin to decorate and design furniture. Later on, he founded with Jacques Chambron and Émile Dariosecq their own furniture, design company, Votre Maison.

Jacques Chambron was a French designer and painter born circa in the 1920's in France and passed away in France. Chambron's personal life and professional training remains lost in history. In 1948, he started working with the Guillerme family in Northern France.

Votre Maison was a French company founded in 1949 in Lille, France by Robert Guillerme, Jacques Chambron and Émile Dariosecq. Maison was a furniture manufacturer, specialized in creating, designing luxury furniture. During the later half of the twentieth century, they produced over two thousand models mainly using waxed Oakwood. To this day, the Maison brand is still a benchmark in the French, Mid-Century modern furniture history