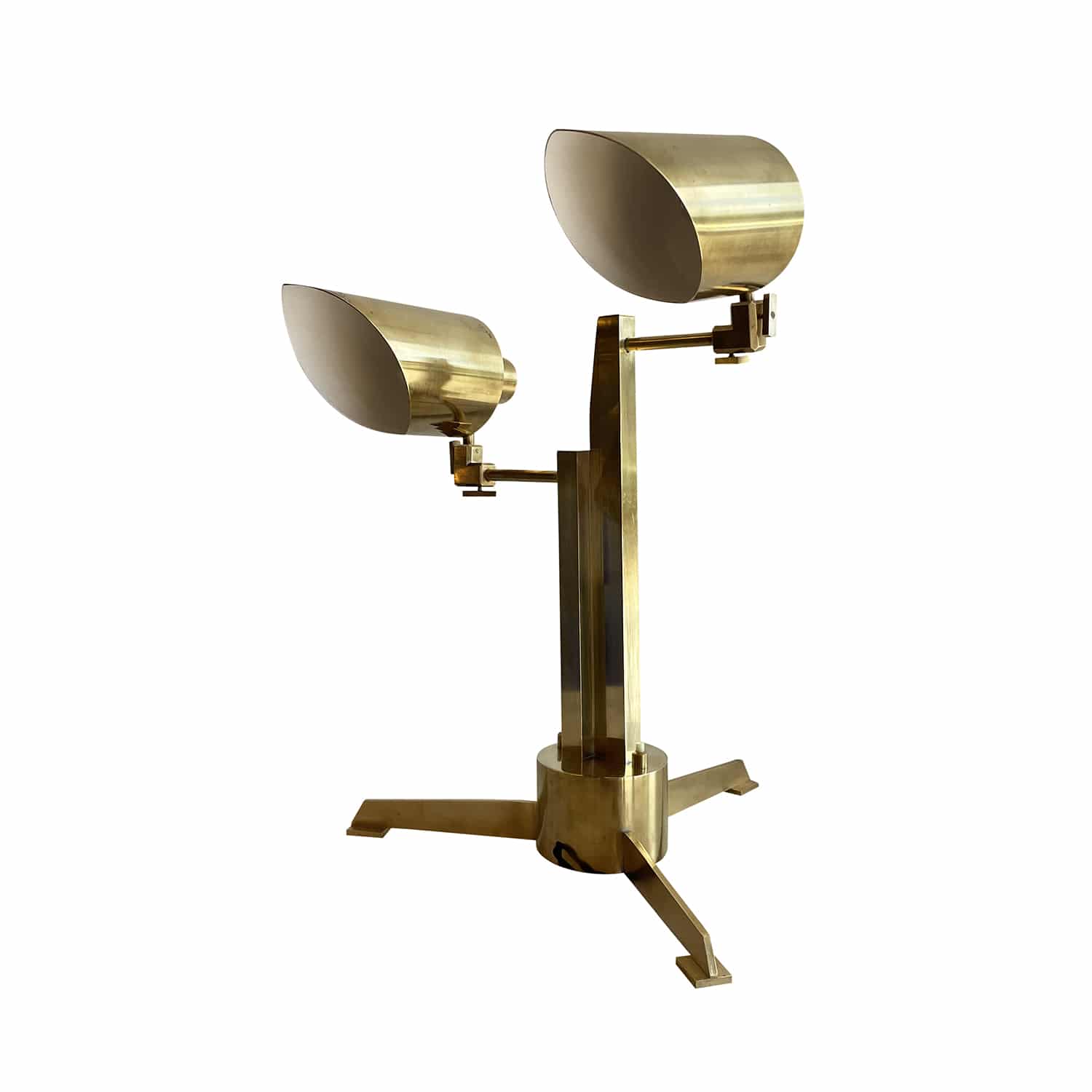 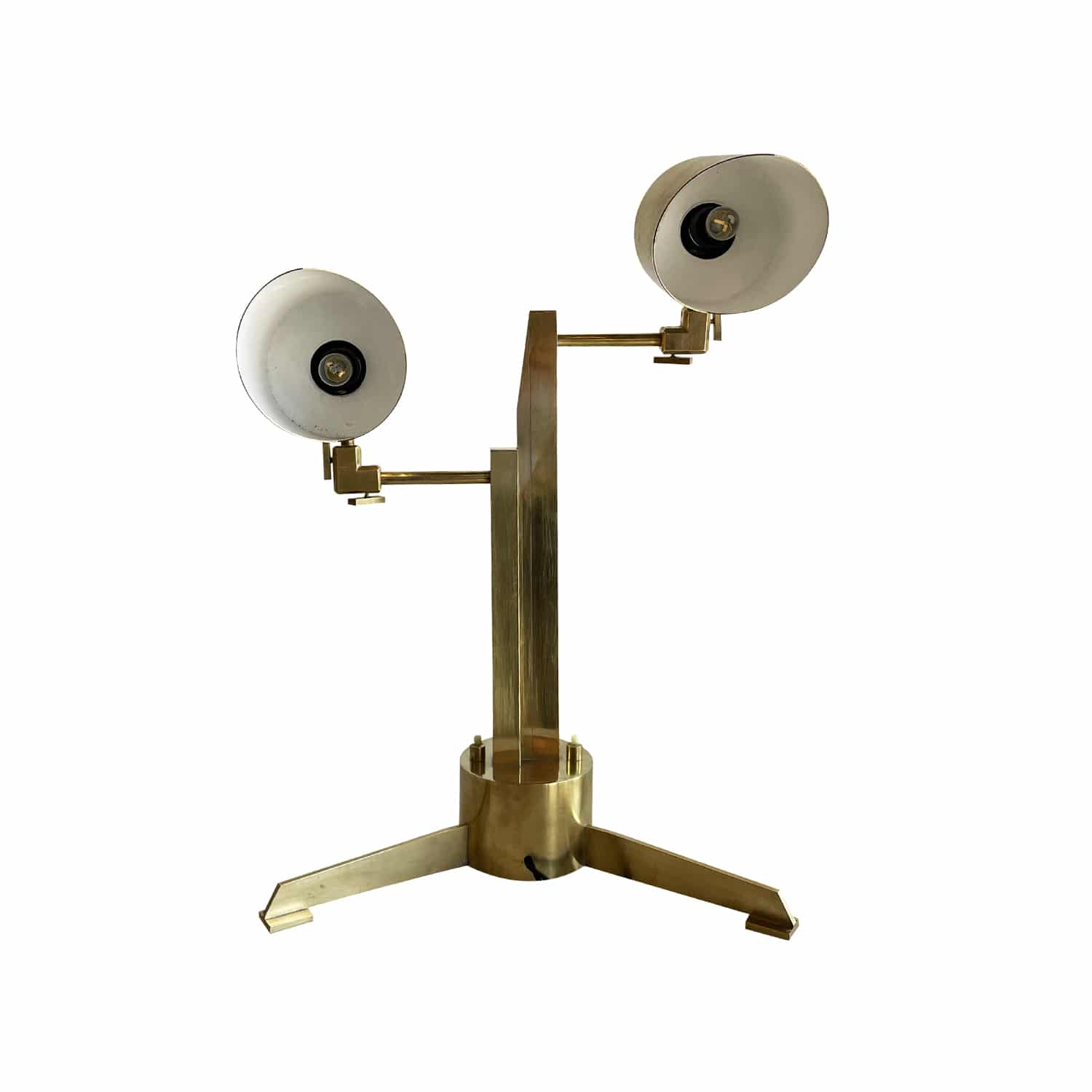 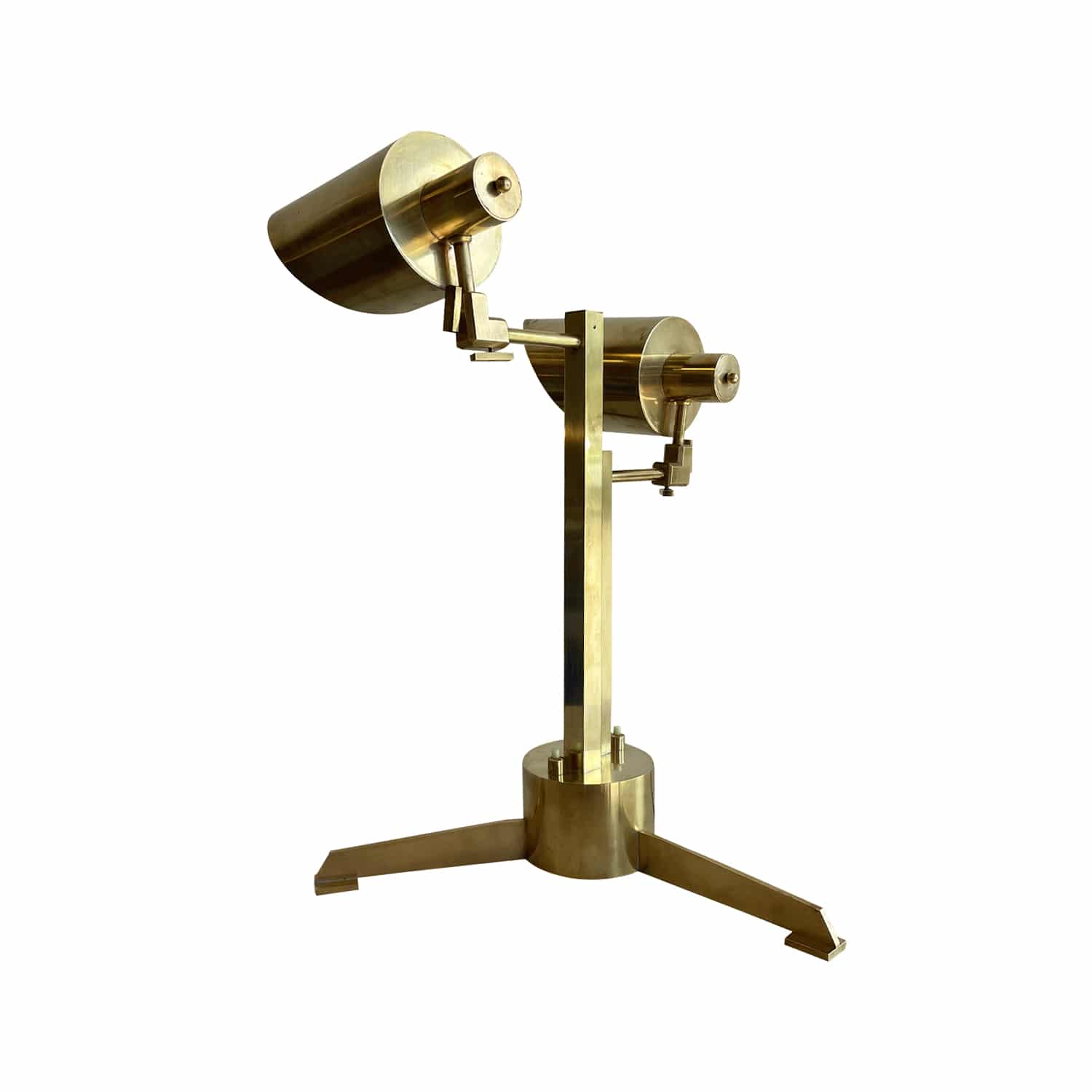 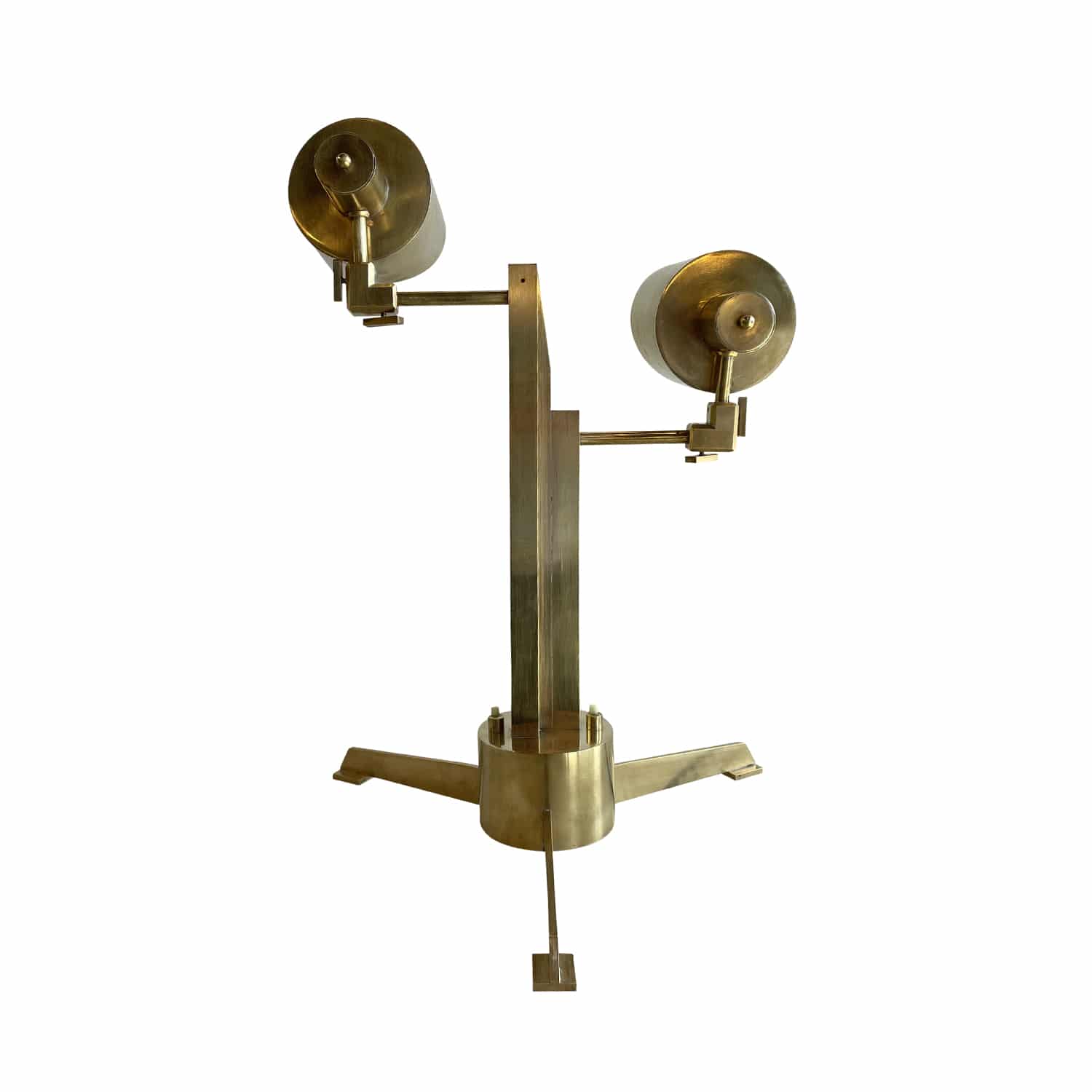 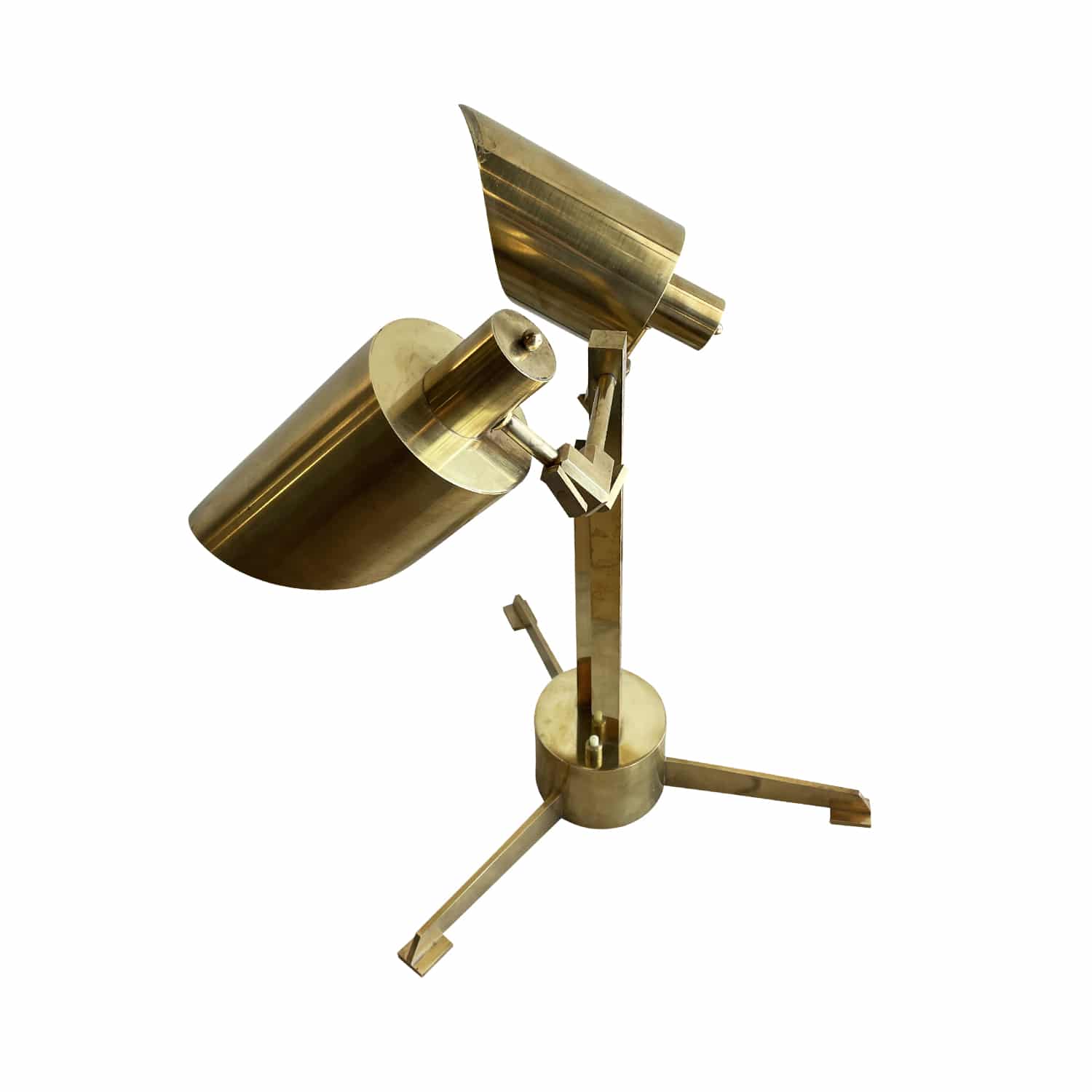 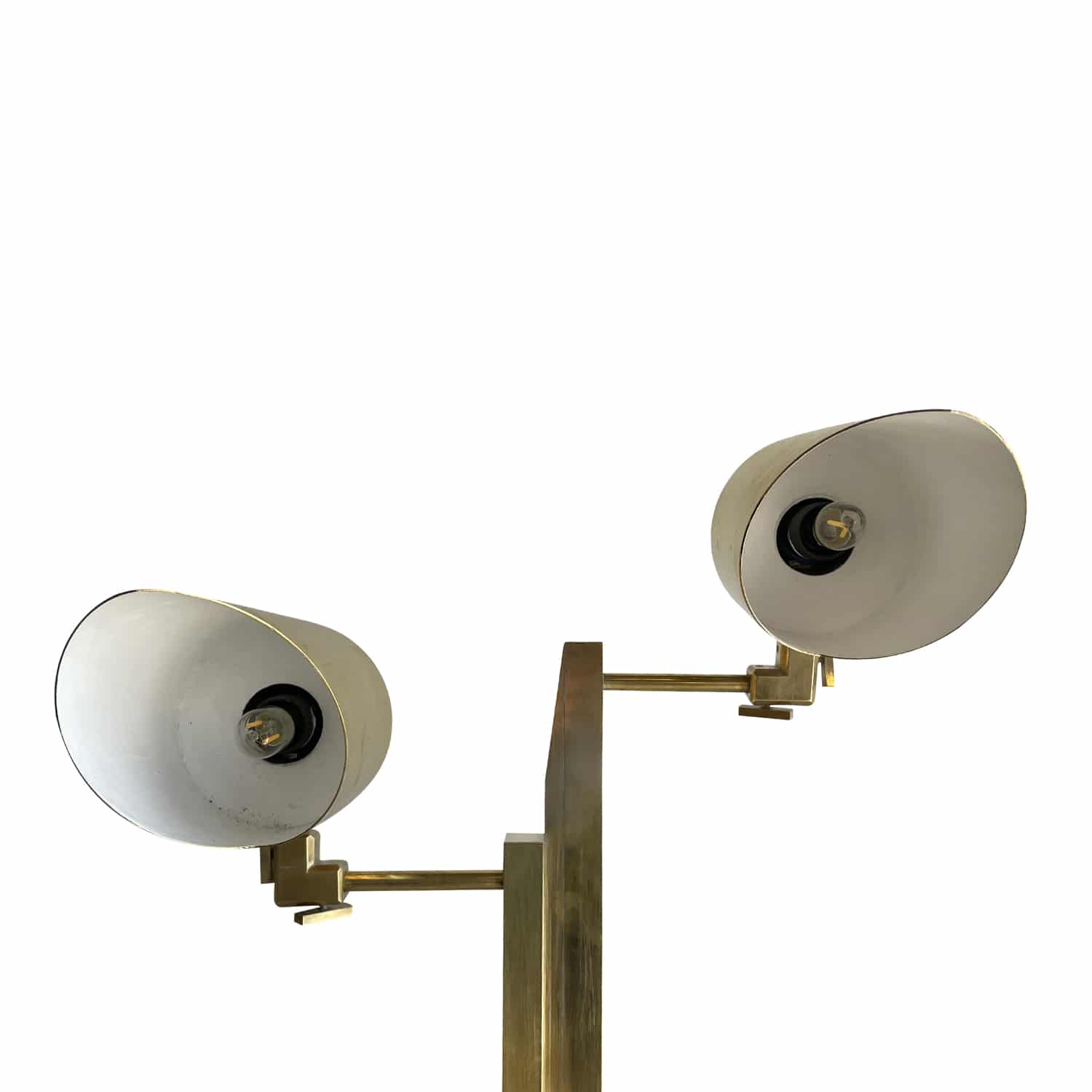 A gold, vintage Art Deco German cubistic office lamp made of hand crafted polished brass, designed by Franz Ehrlich in good condition. The sculptural table light is composed with two adjustable conical mount shades, each of them is supported by a flexible arm, halted by two brass poles, featuring a one light socket. The desk lamp is consisting its two original light switch, standing on a three legged base. The wires have been renewed. Wear consistent with age and use. Circa 1930 - 1950, Germany.

Franz Ehrlich was a german architect, calligrapher, artist and a graphic designer, born in 1907, in Reudnitz, near Leipzig, Germany and passed in 1984. Between 1927 and 1930, Ehrlich studied ate the Bauhaus in Dresden. Ge was a Communist and was later arrested and imprisoned by the Nazi regime in 1935 and was taken to Buchenwald, to the concentration camp. After World War II, Ehrlich lived in Dresden to help rebuild the city. He became an important architect and designer in the GDR, East Germany, German Democratic Republic.