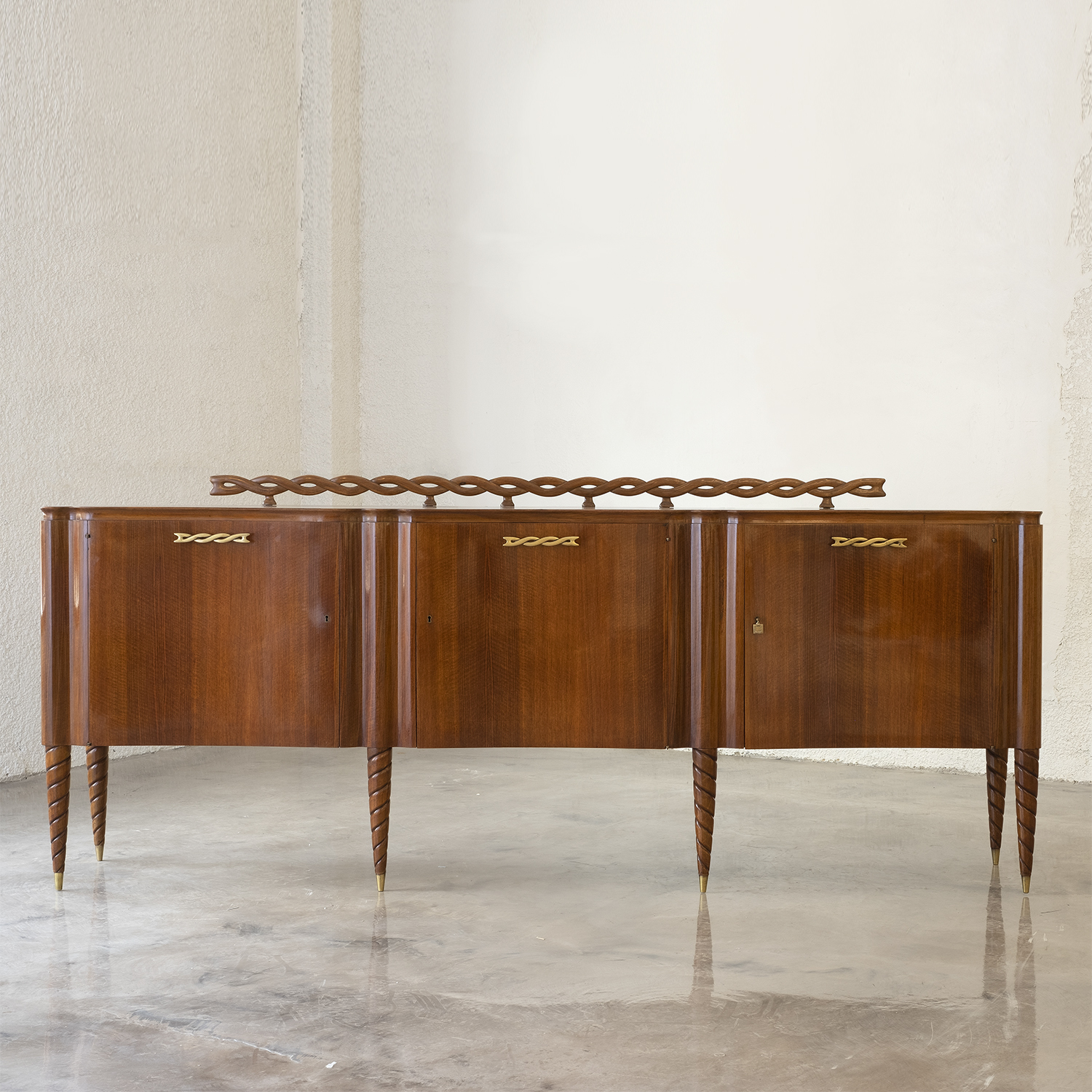 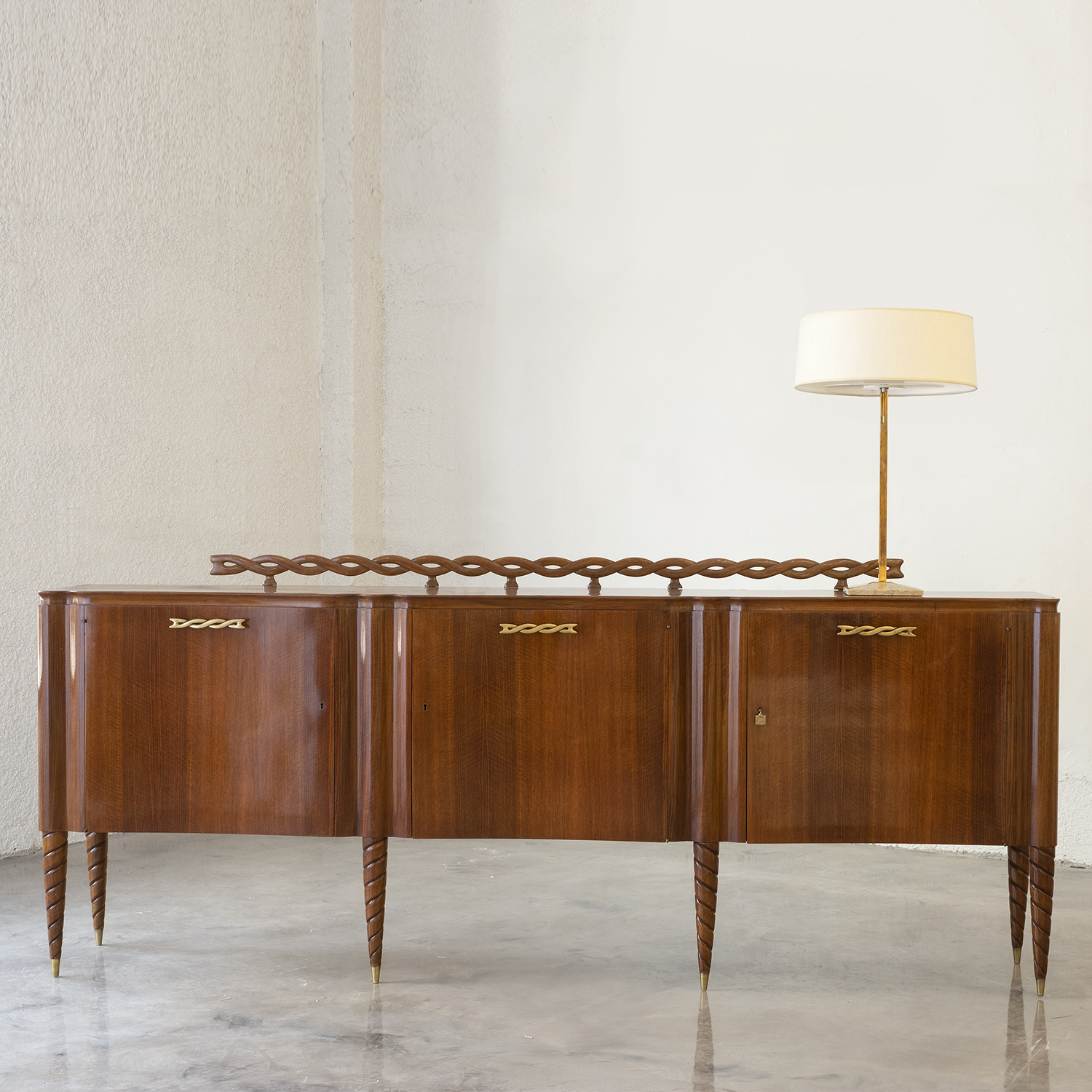 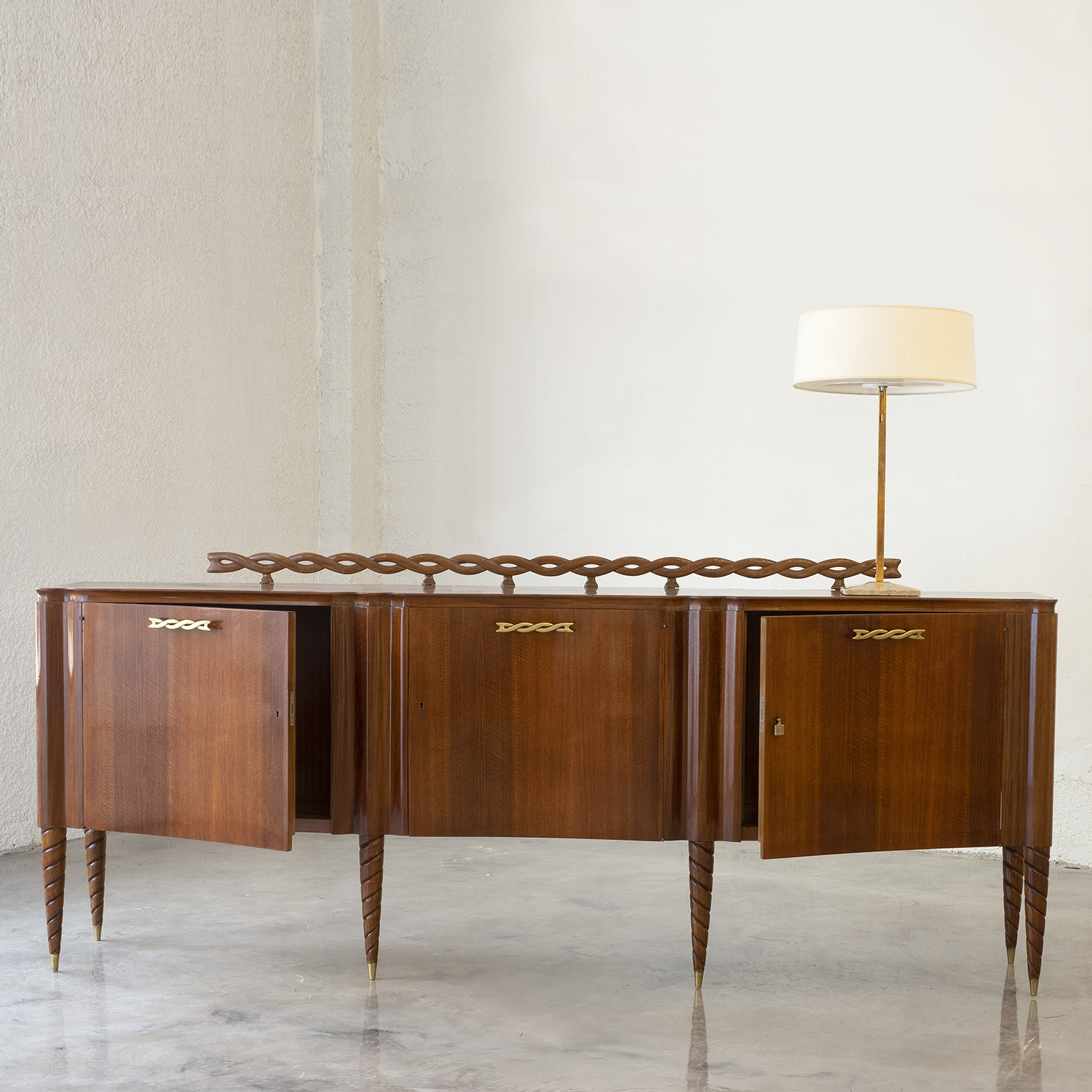 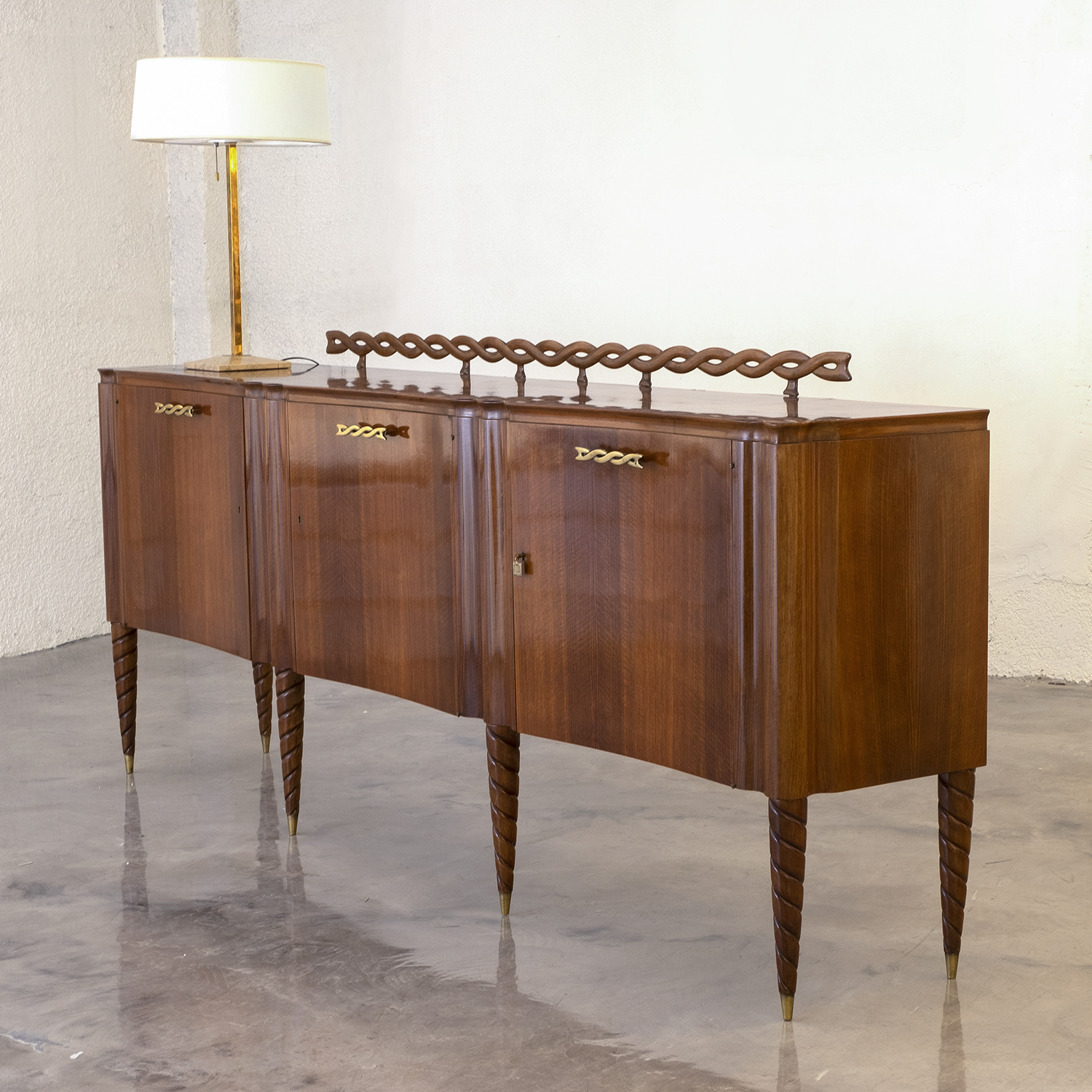 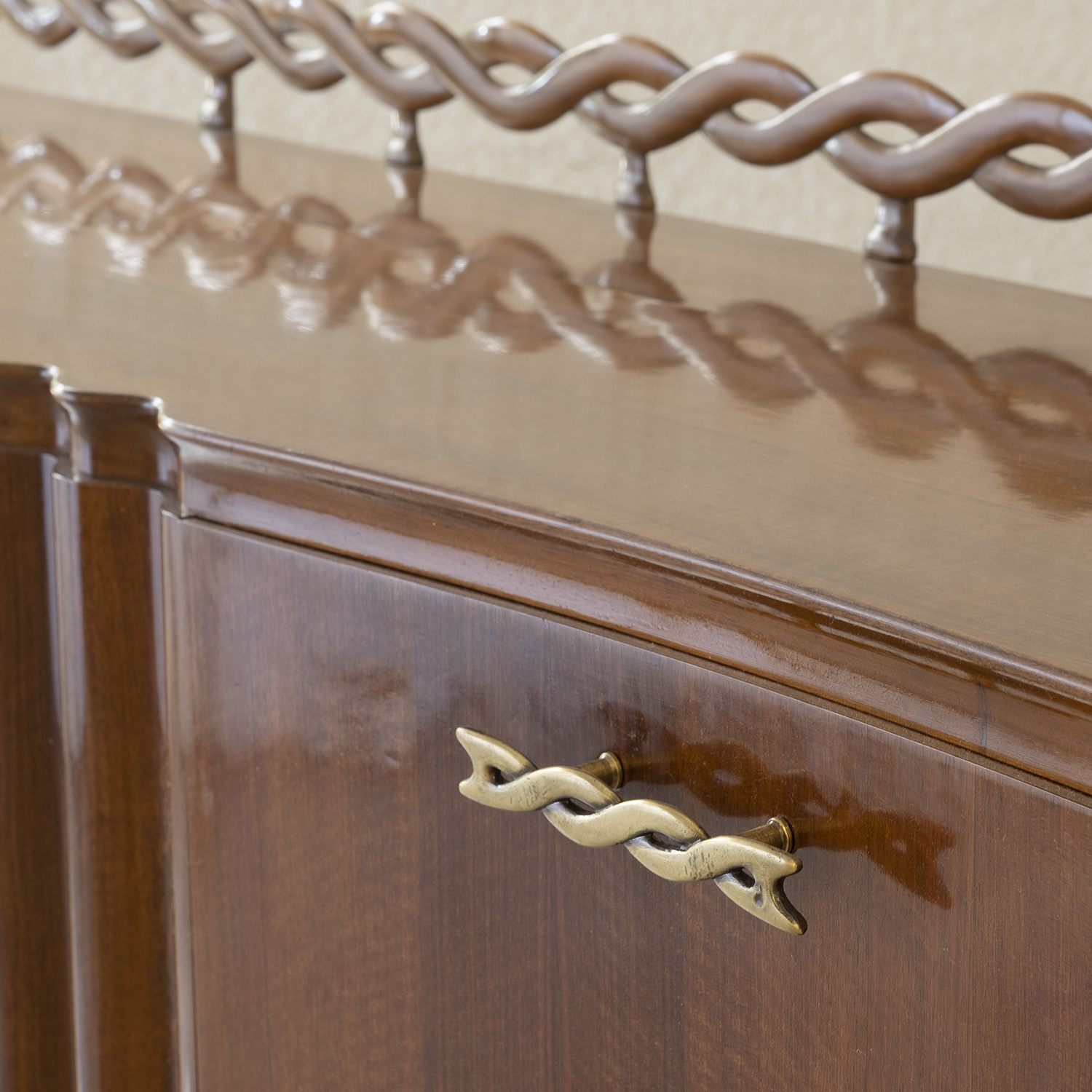 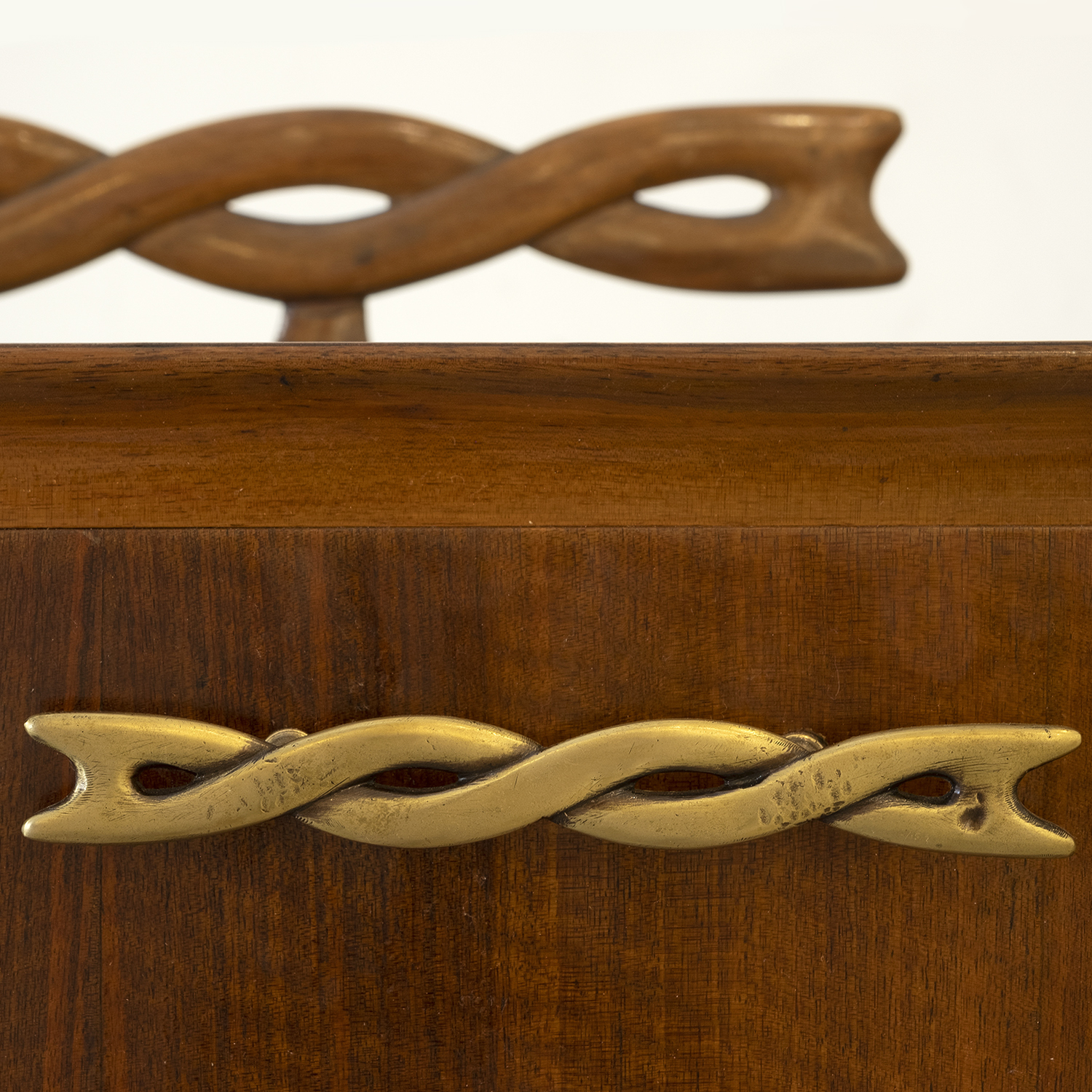 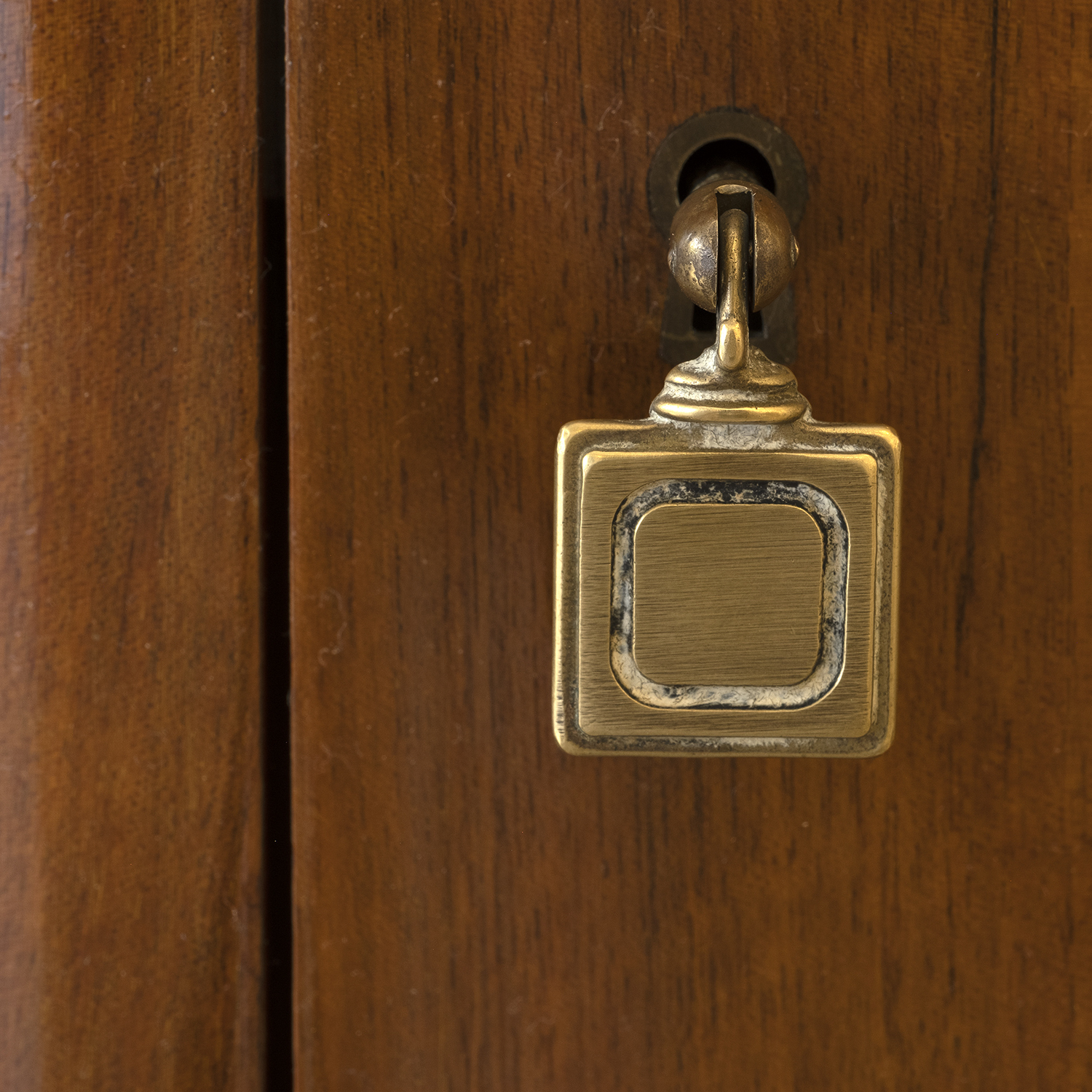 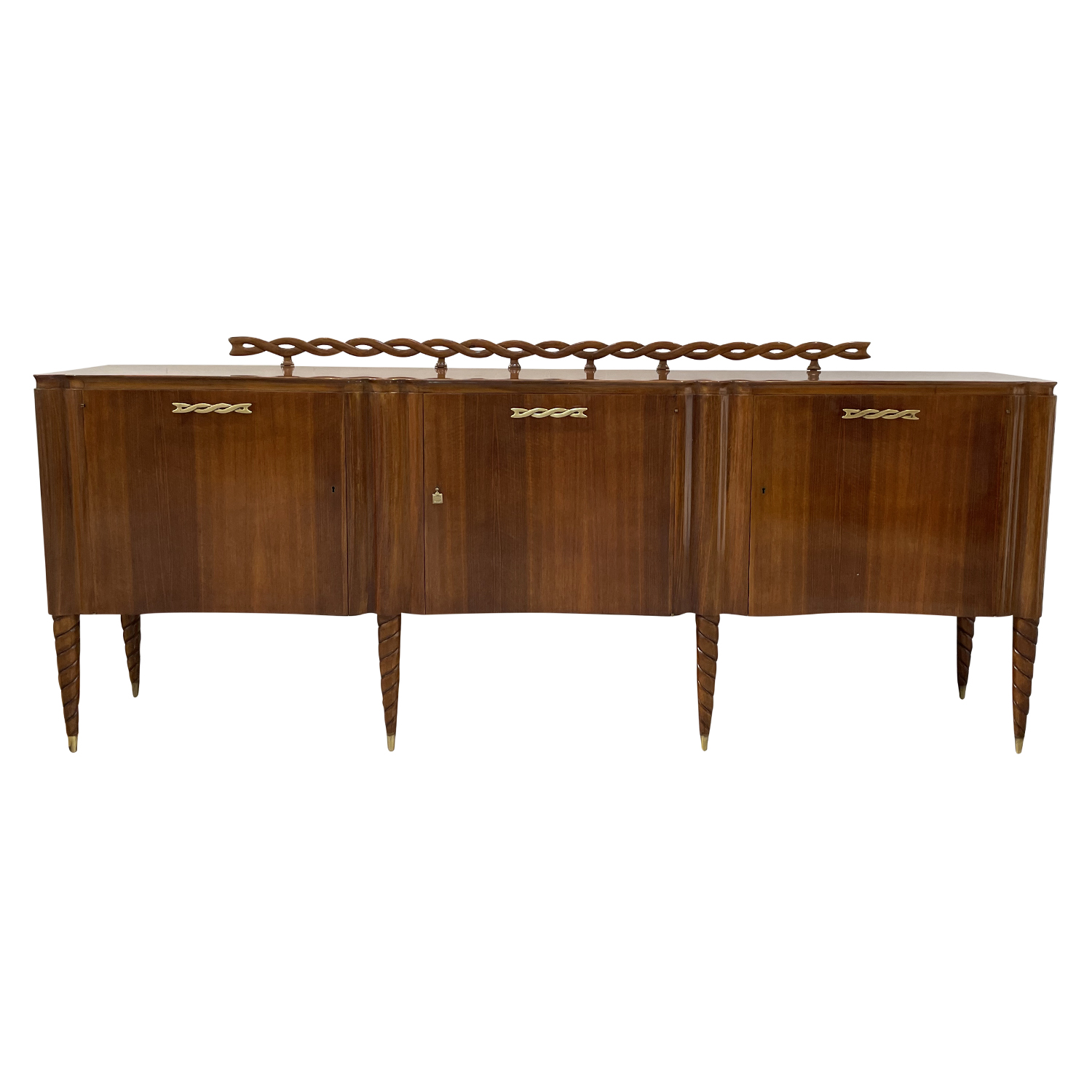 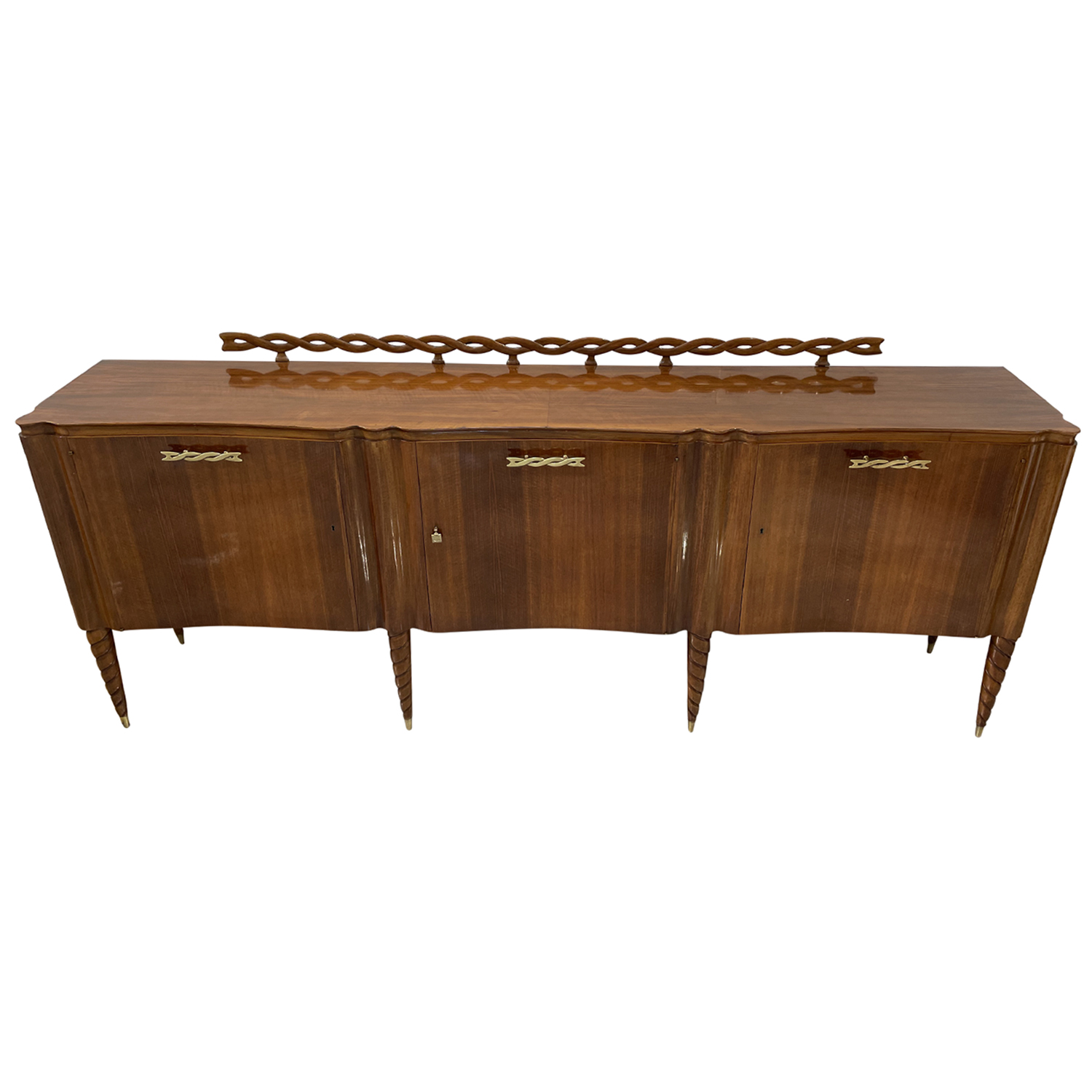 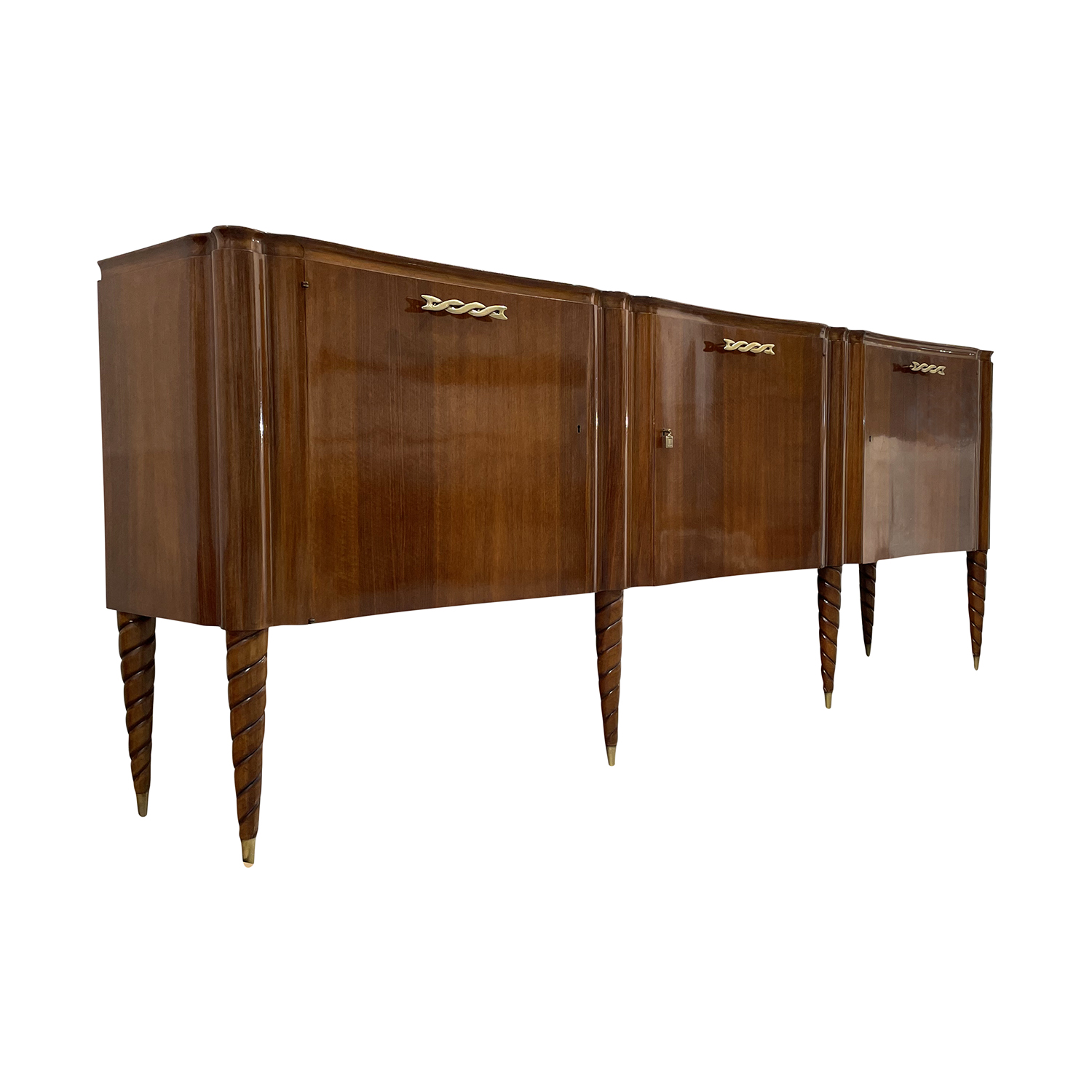 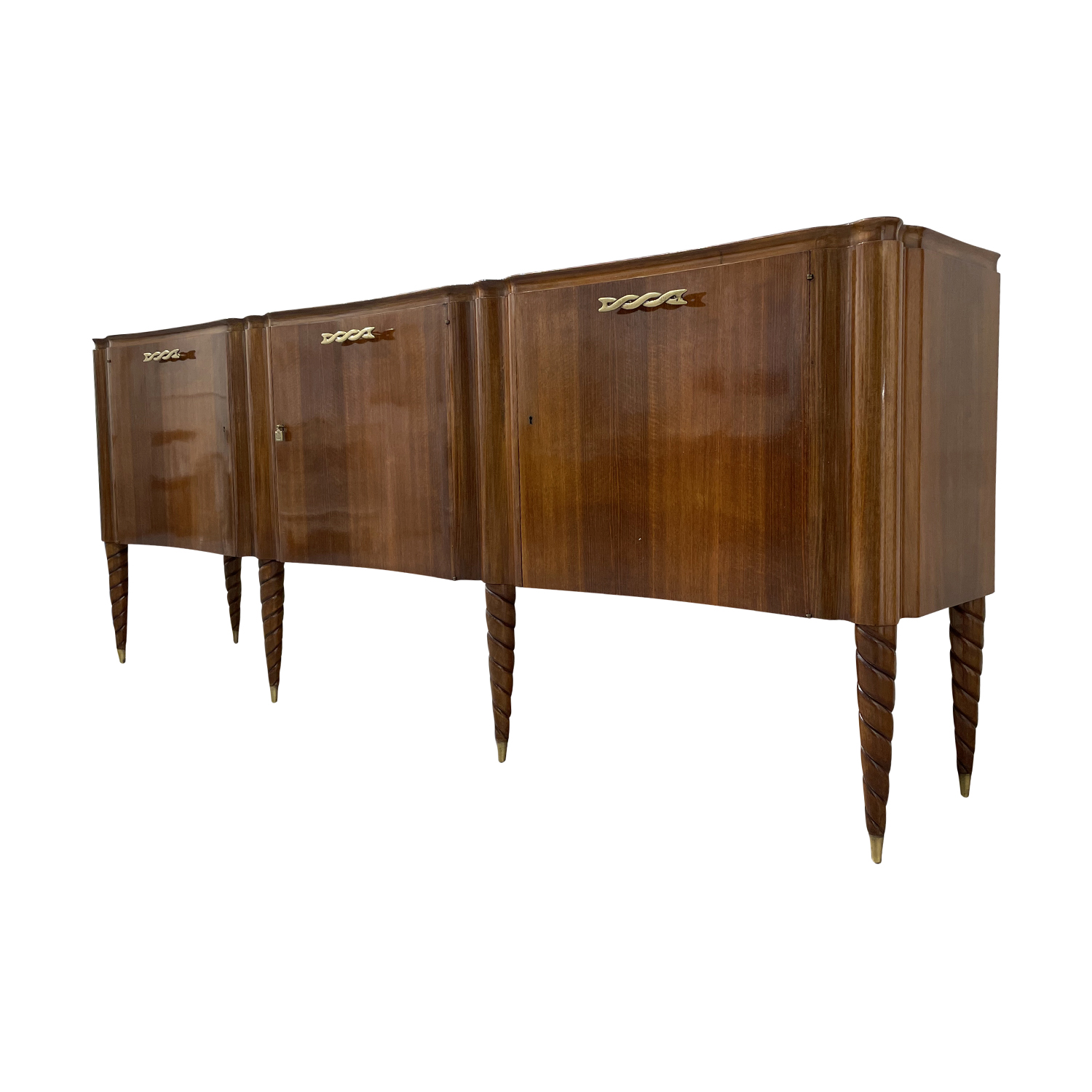 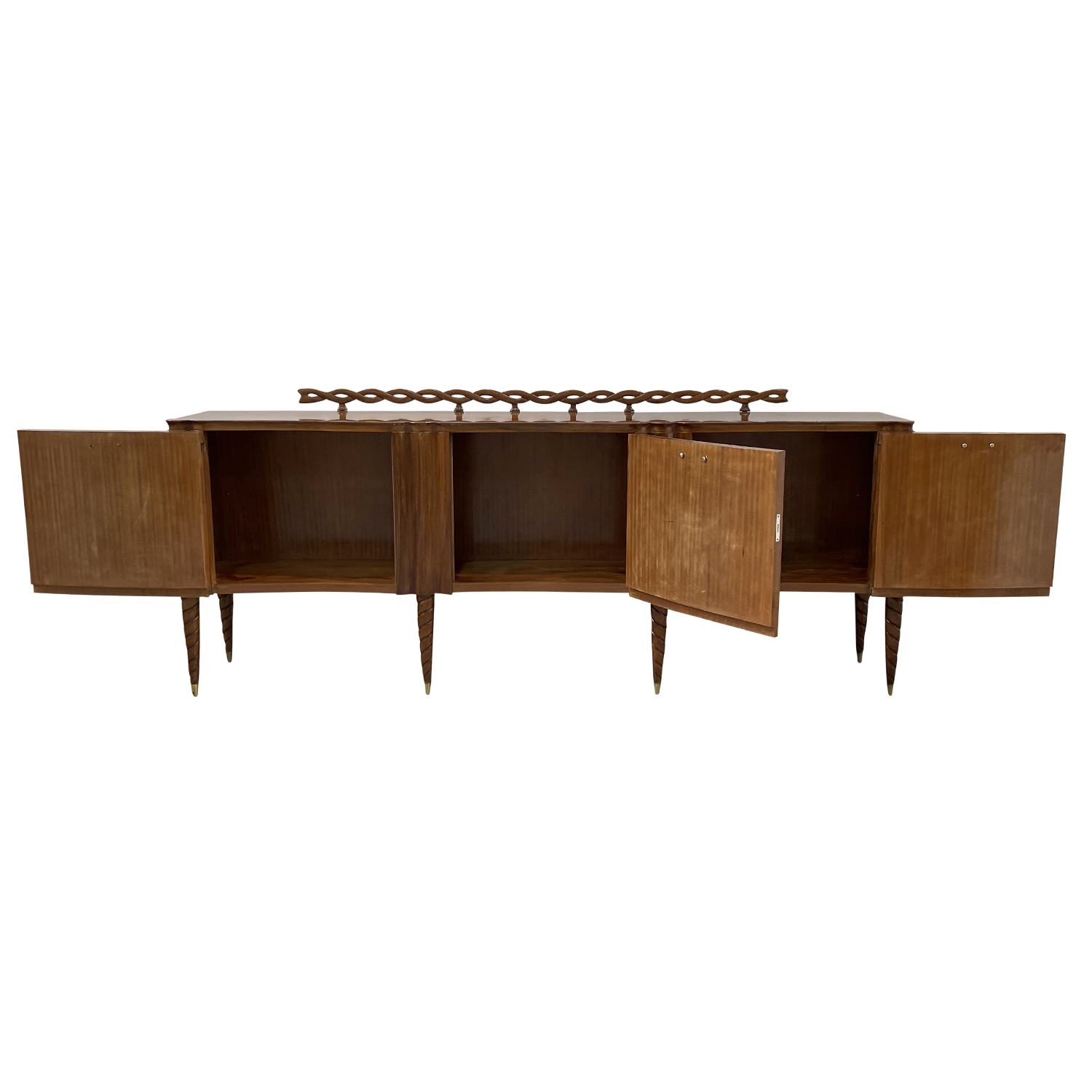 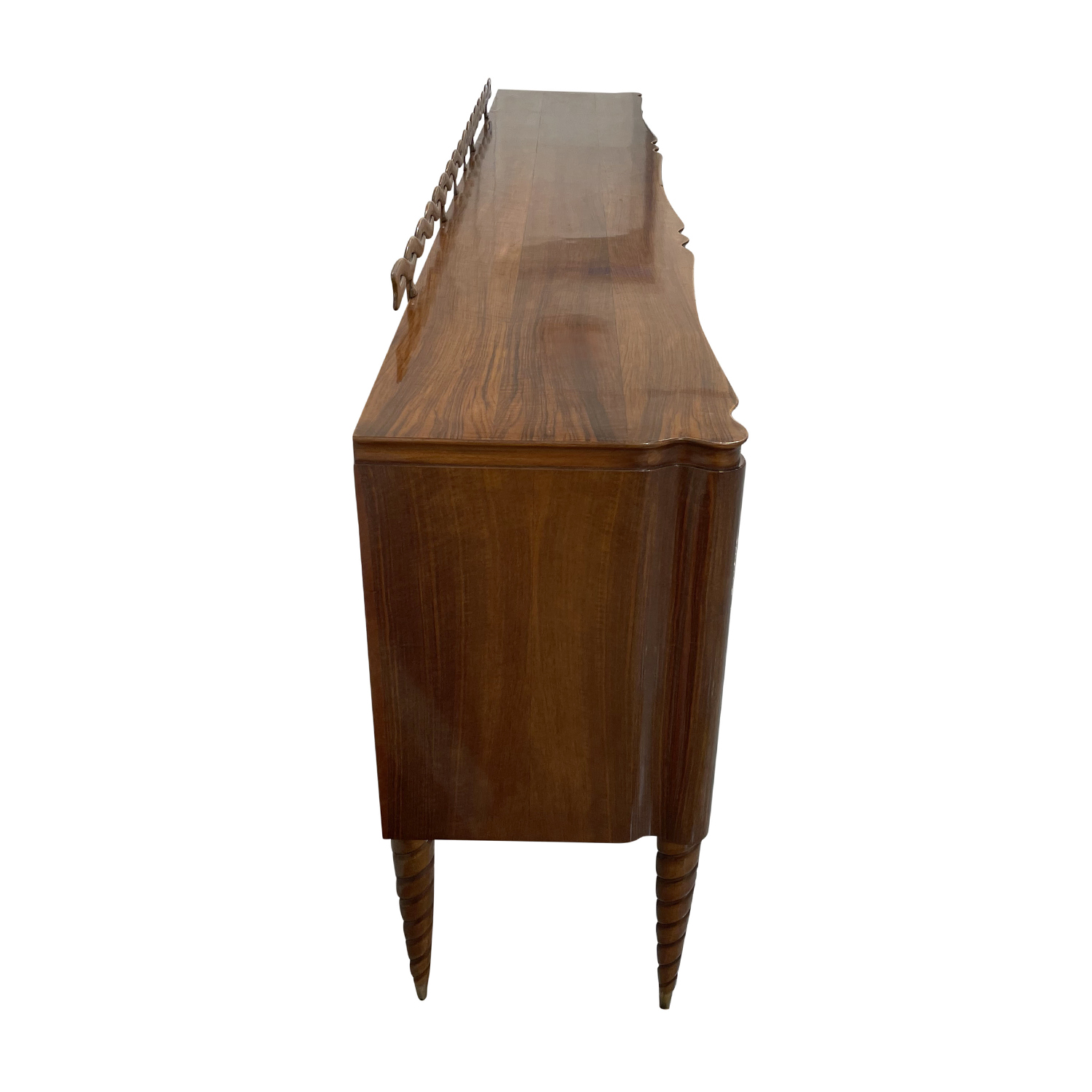 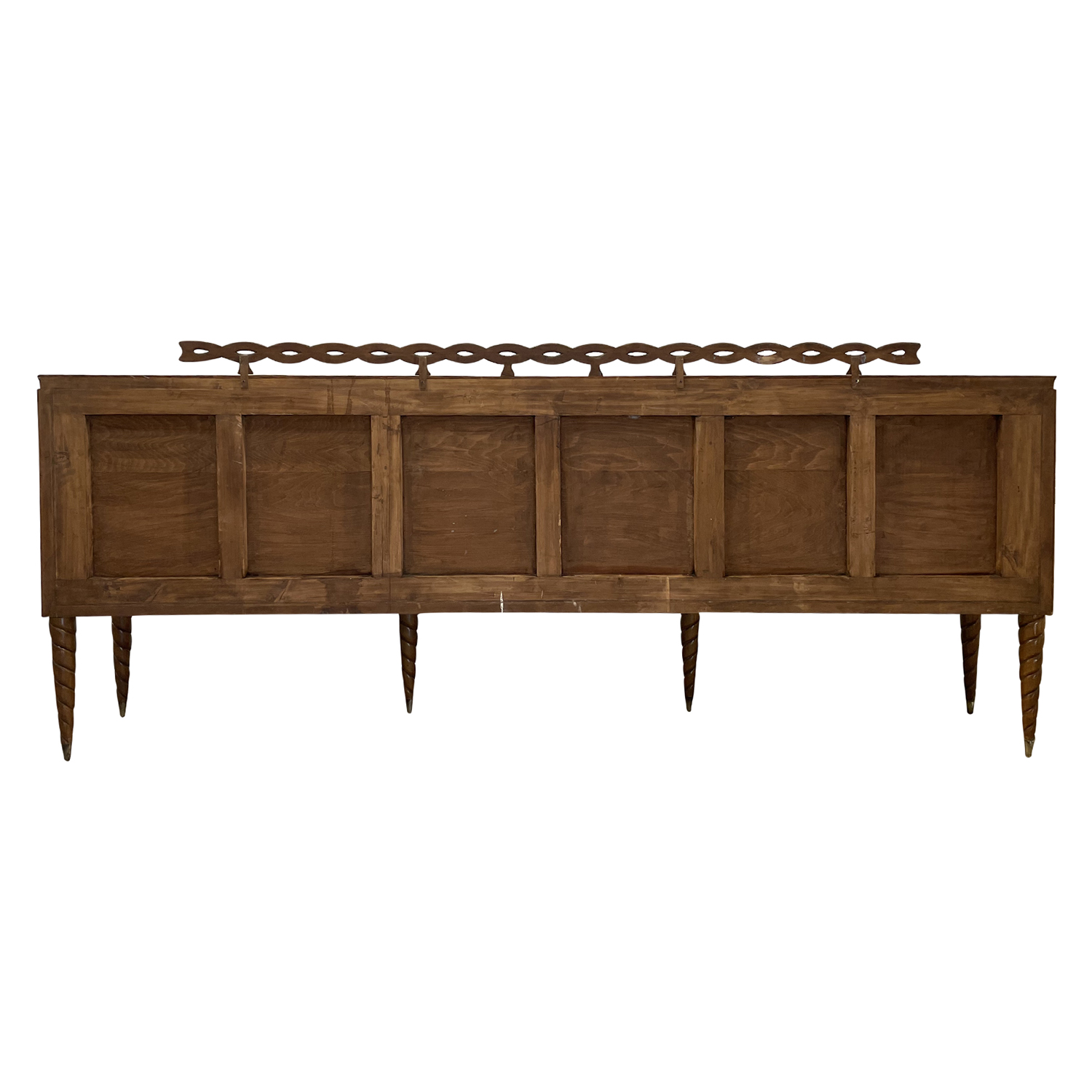 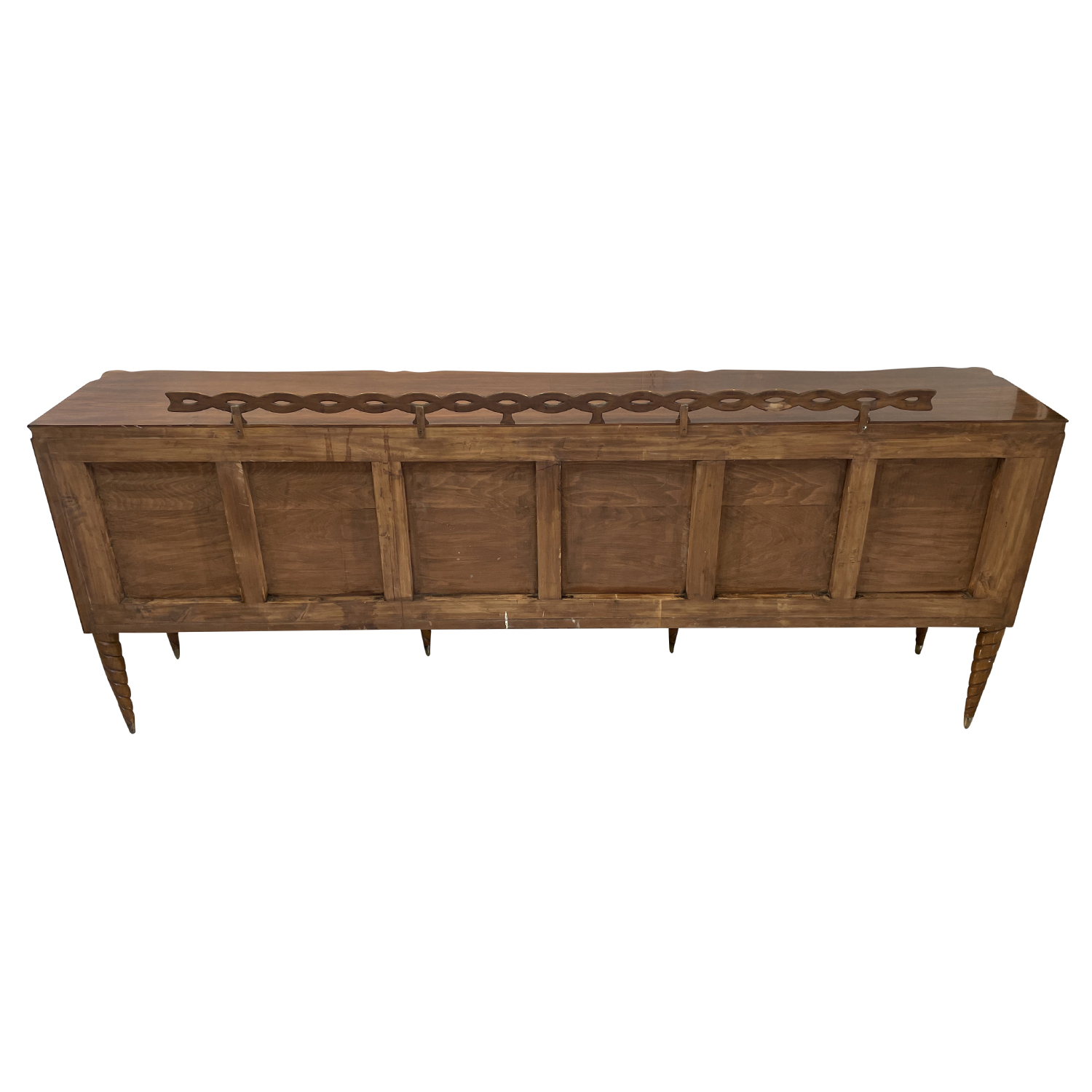 A light-brown, vintage Mid-Century modern Italian credenza, sideboard made of hand crafted polished Walnut with three doors and detailed brass handles, designed by Paolo Buffa and produced by Mario Quarti in good condition. The large cabinet is supported by six round legs, enhanced by particularized wood carvings. Wear consistent with age and use. Circa 1940 - 1950, Milan, Italy.

Eugenio Quarti was an Italian furniture maker born in 1867, in Villa d'Almè, Italy and passed away in 1926. In 1881, Quarti went to Paris, France, where he learned new techniques. After five years, he returned to Italy and opened his own workshop in via Donizetti 3, in Milan. Quarti often used Walnut with high quality bezels with fine materials, nacre, silver, copper, bronze, etc. ) During his life time, he worked with the most, well-known architects and artists, such as Guiseppe Sommaruga, Luigi Broggiem Alessandro Mazzucotelli, etc. He was, is called the goldsmith of furniture makers. After his death, his son Mario Quarti took over the family business.

Mario Quarti was an Italian furniture maker born in 1901, in Italy and passed away in 1974. Quarti's personal life and professional training remains lost in history.