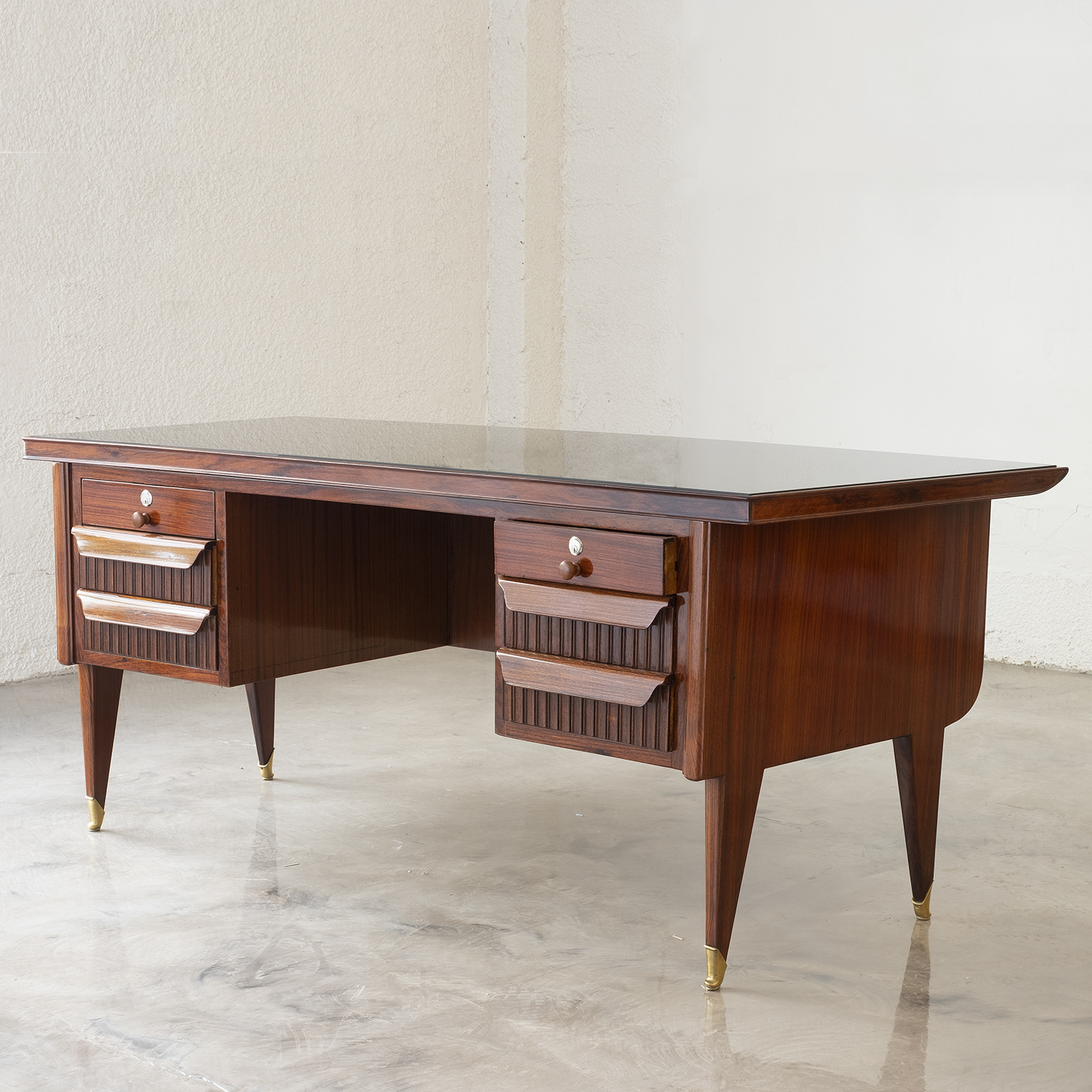 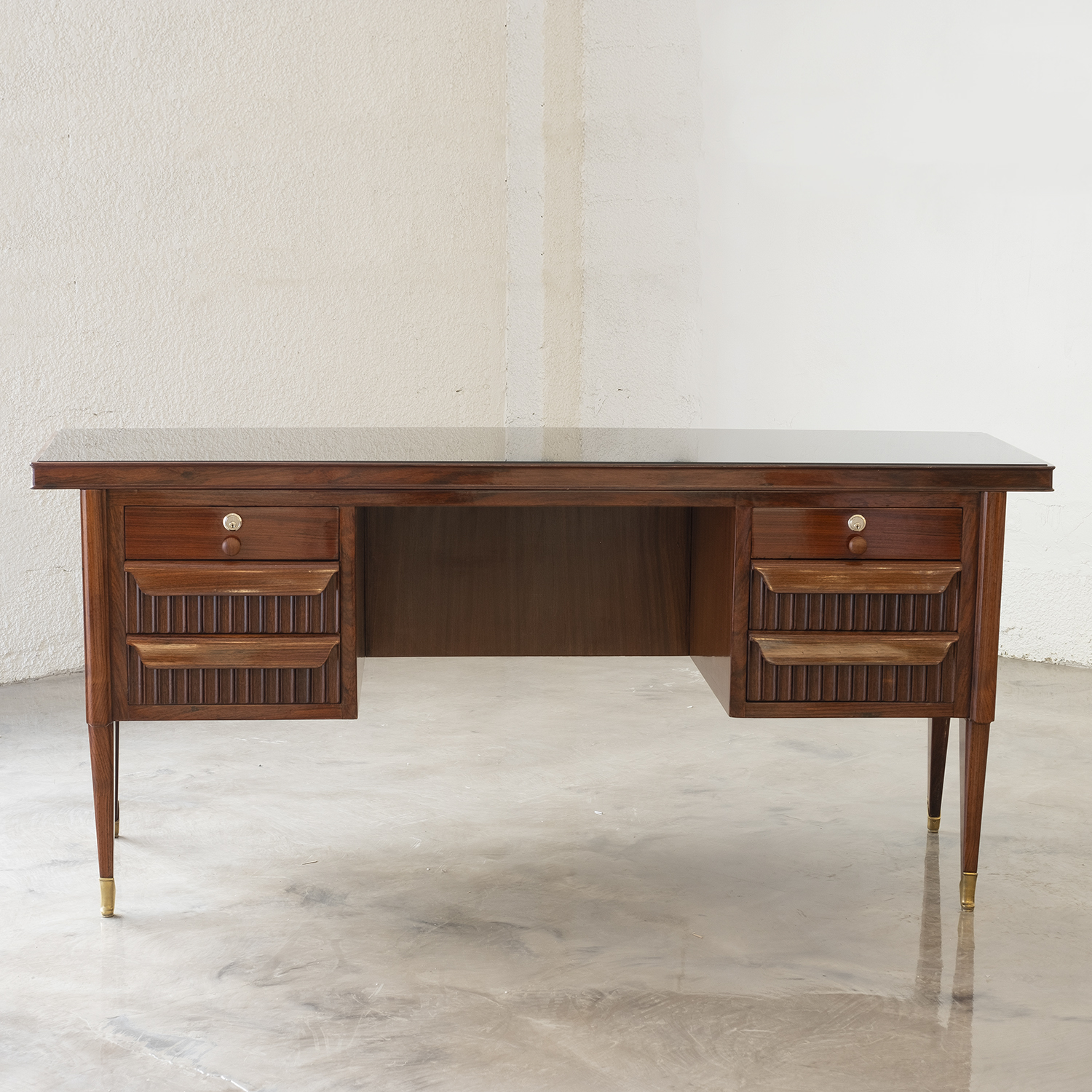 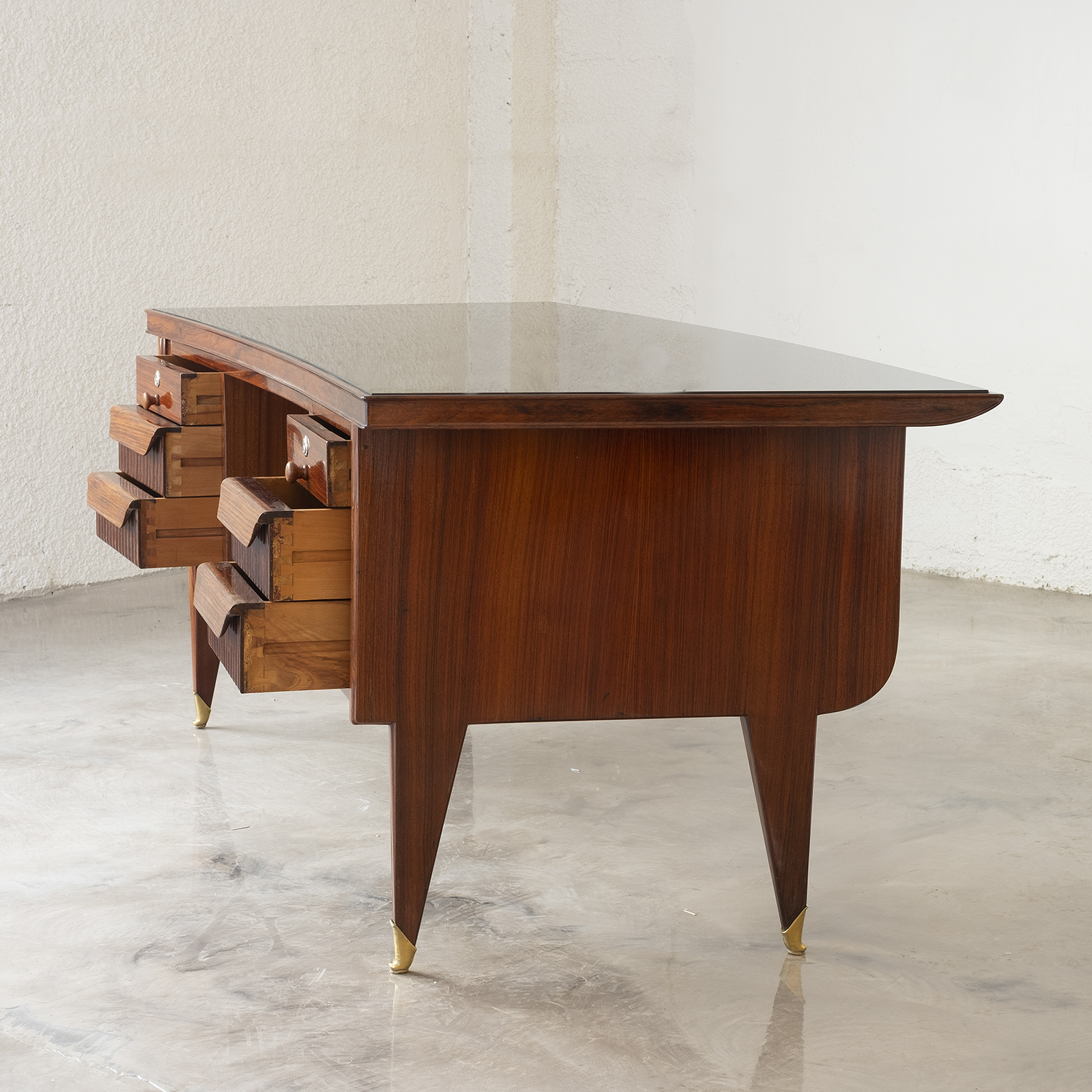 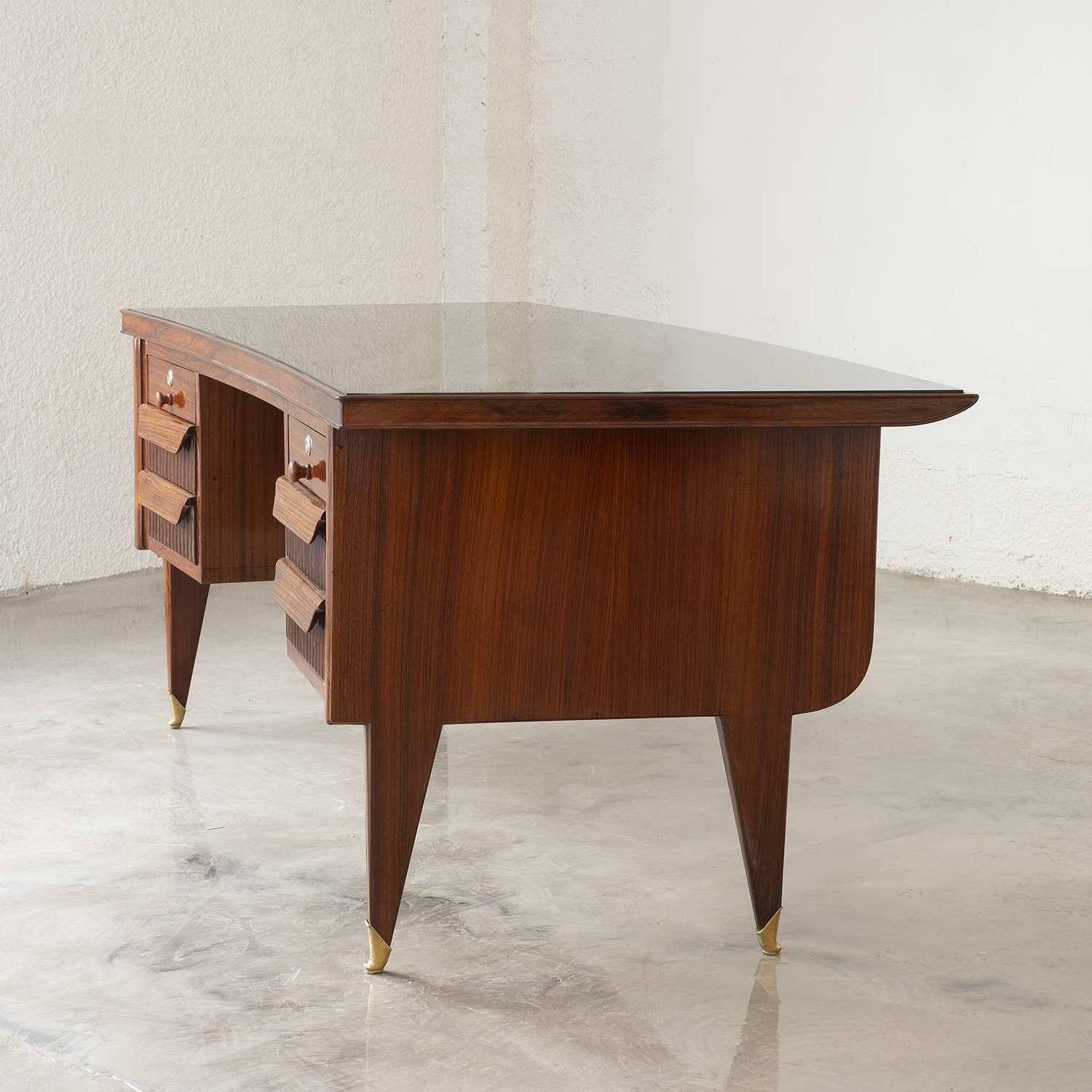 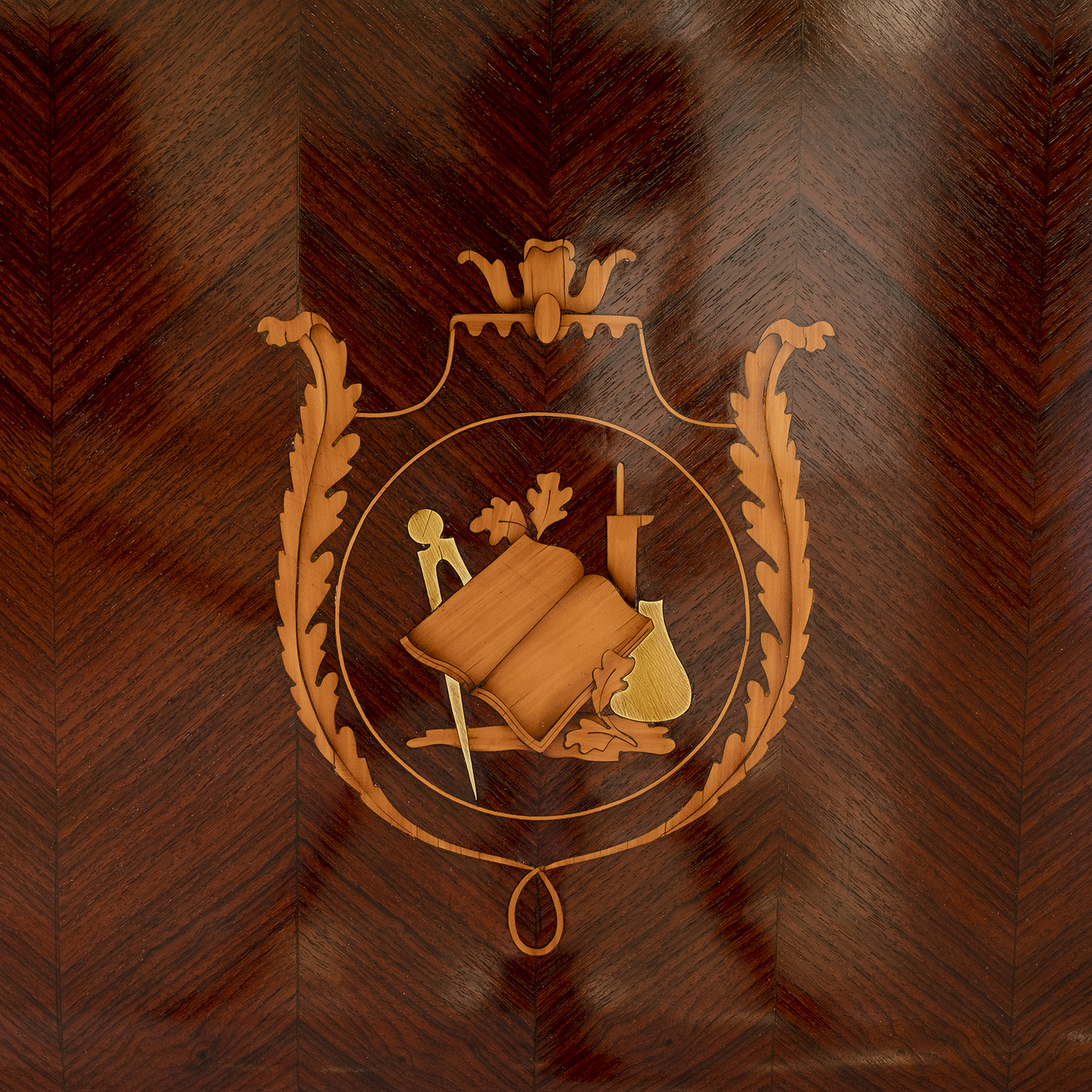 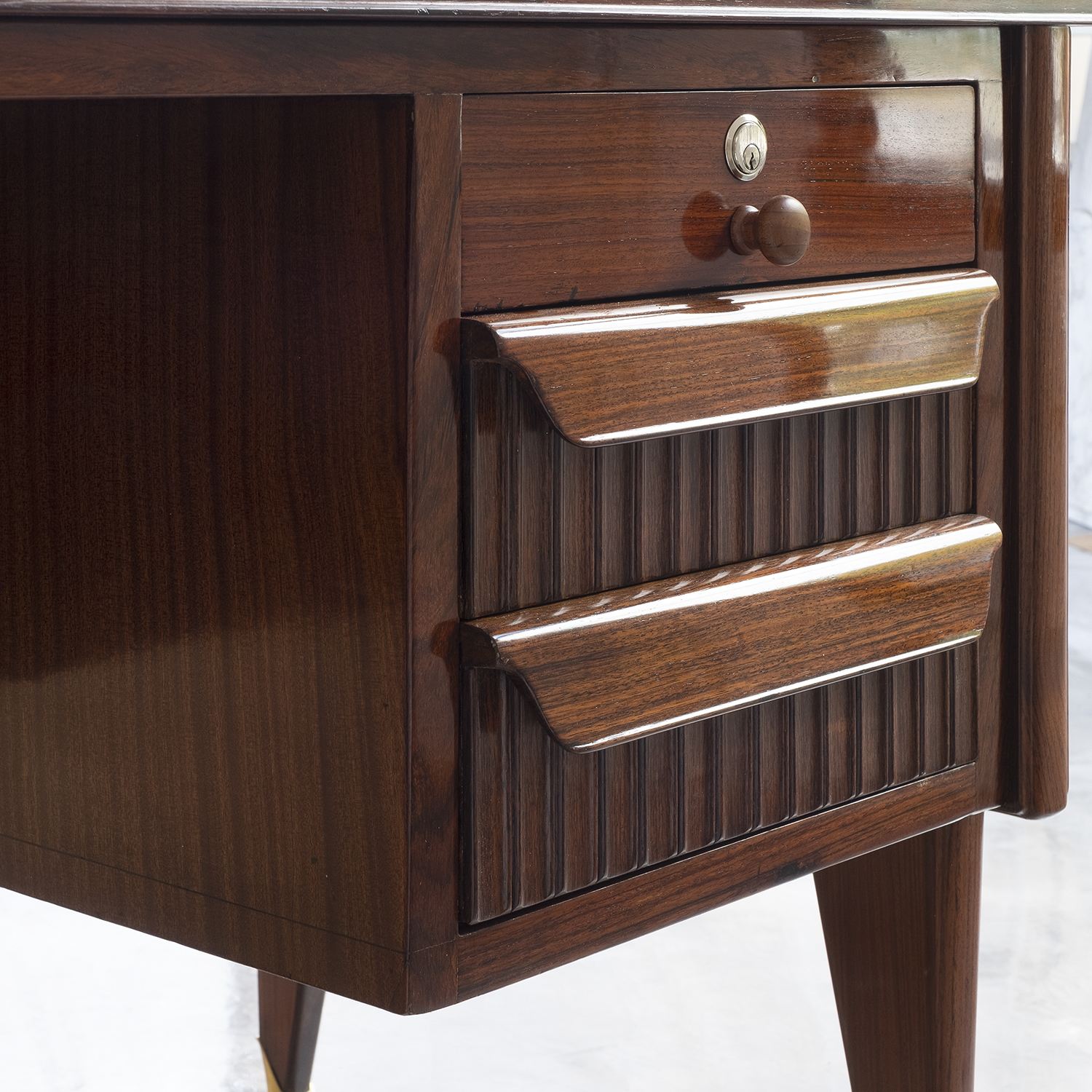 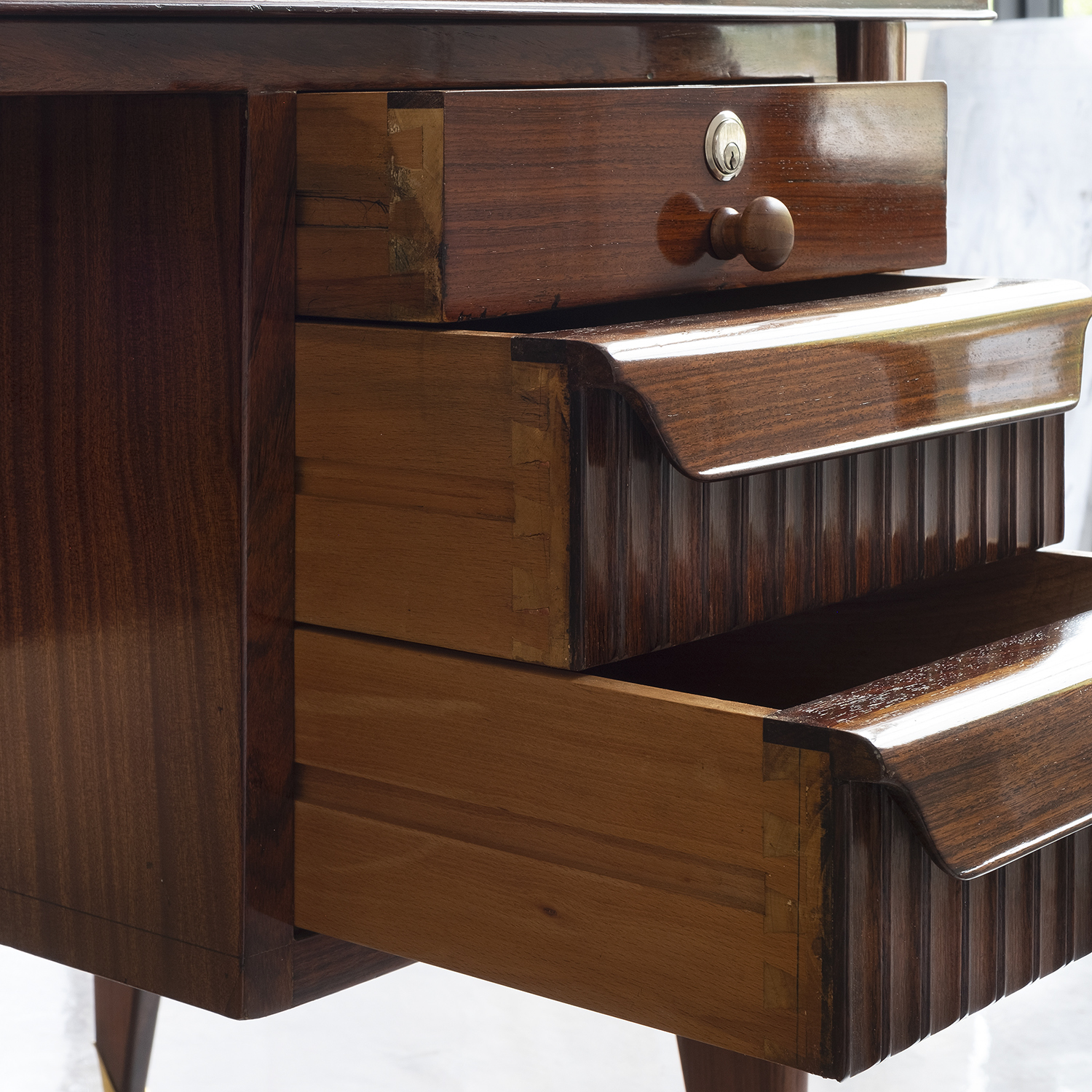 A dark-brown, vintage Mid-Century modern Italian half-round writing desk with a clear glass top, made of hand crafted polished Rosewood, designed by Osvaldo Borsani and Paolo Buffa in good condition. The slightly curved table is composed on each side with one lockable drawer and two grooved drawers, consisting its chrome hardware and keys, enhanced by a round pull. The front side is particularized by veneered parquetry, the center is detailed by brass décor. The office desk is standing on four short round legs, inserted into polished brass cups. Minor fading, scratches on the original glass top due to age. Wear consistent with age and use. Circa 1930 - 1940, Milan, Italy.

Osvaldo Borsani was born in 1911 Varedo, Italy and passed away in 1985 Milan, Italy. He was an Italian architect and designer. Borsani started working at an early age in the family business and in 1953 he founded a company named Tecno with his brother Fulgenzio which later on became a world-leading manufacturer in office design.