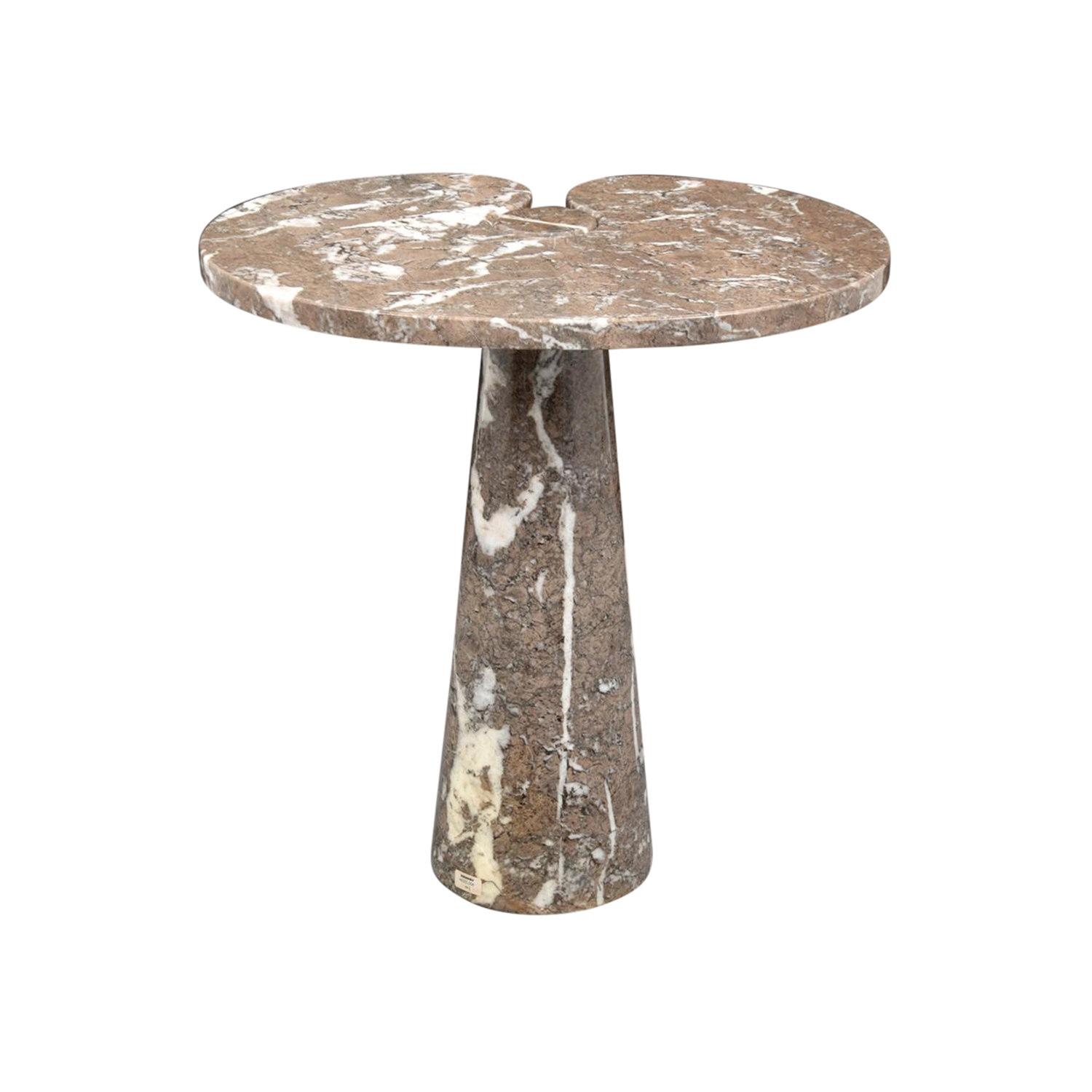 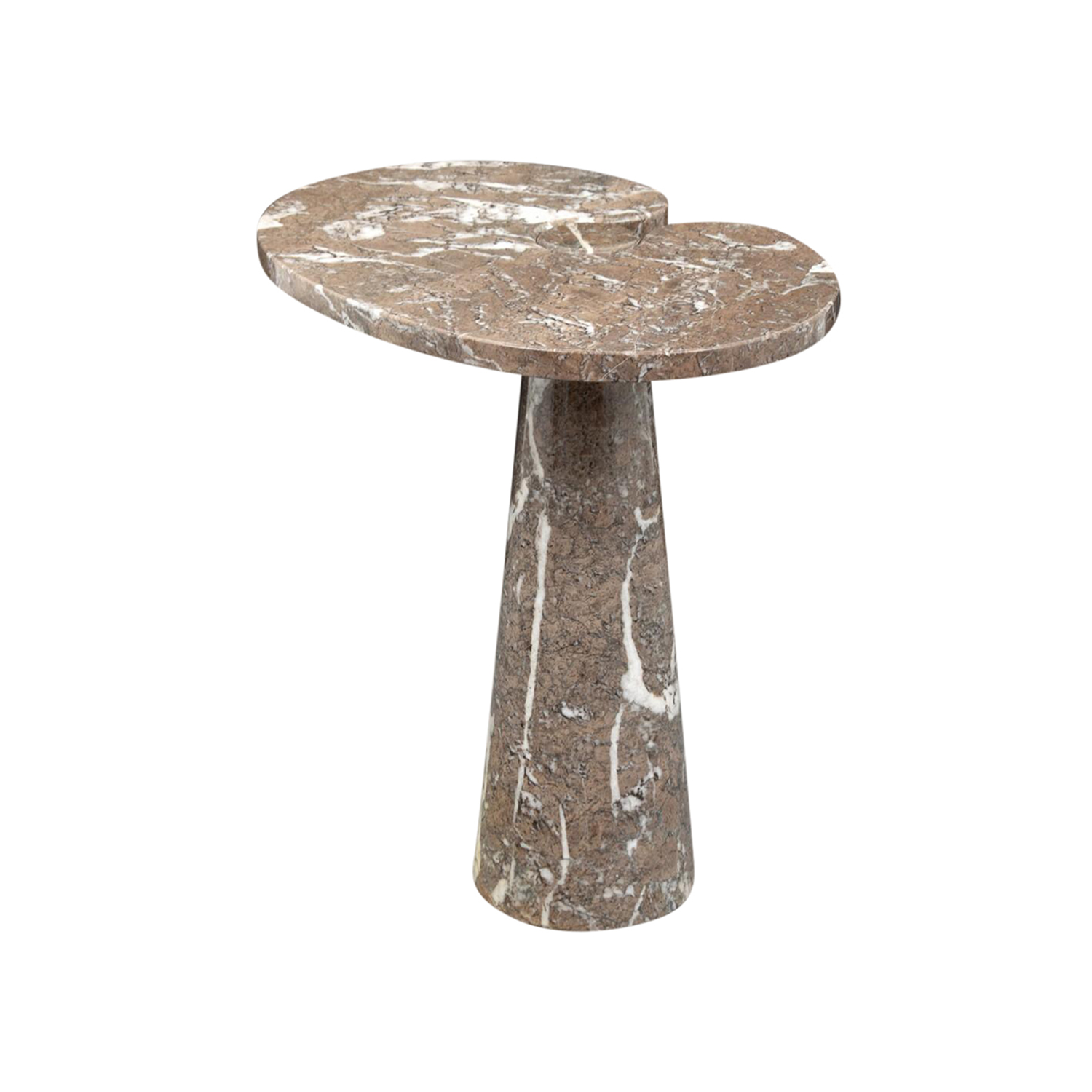 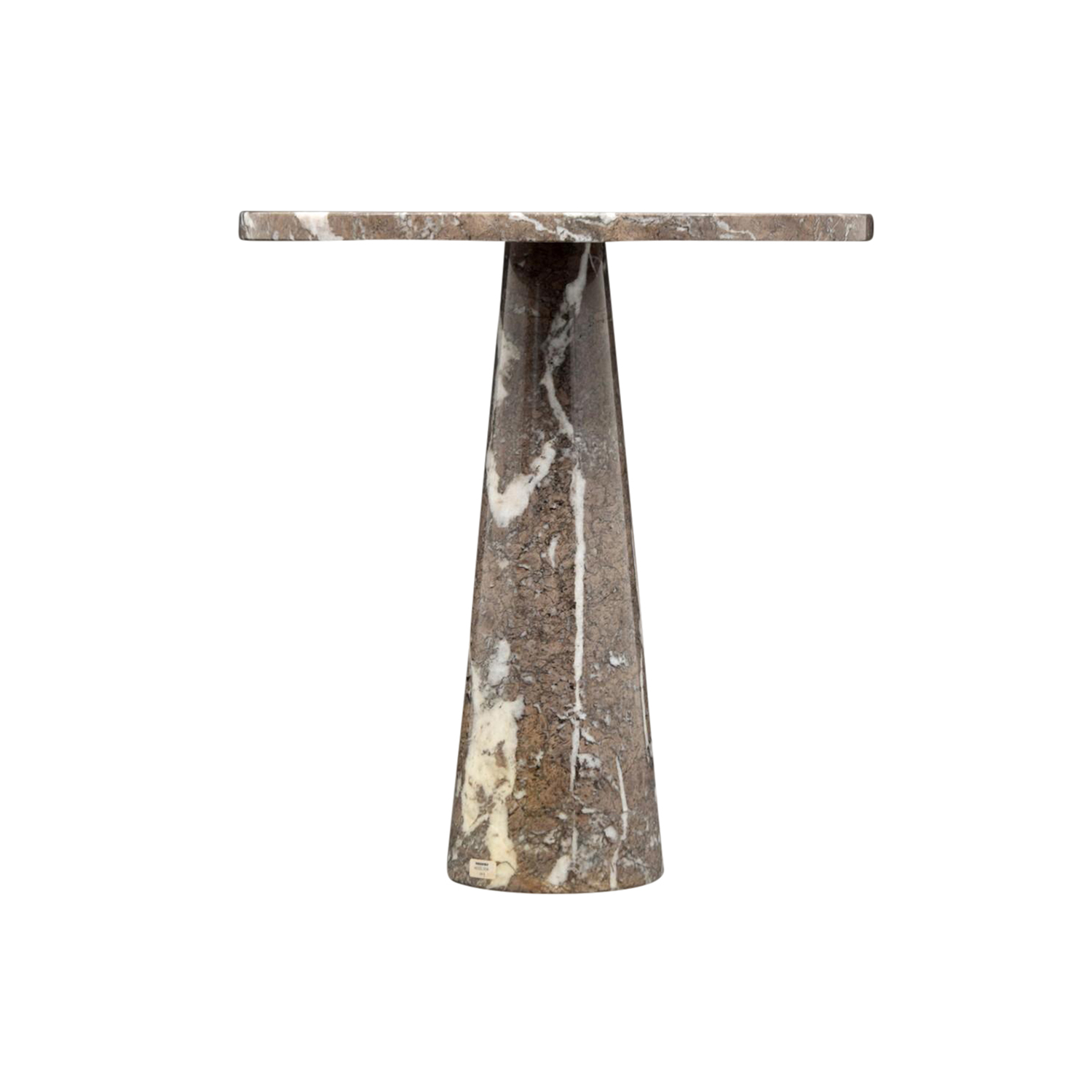 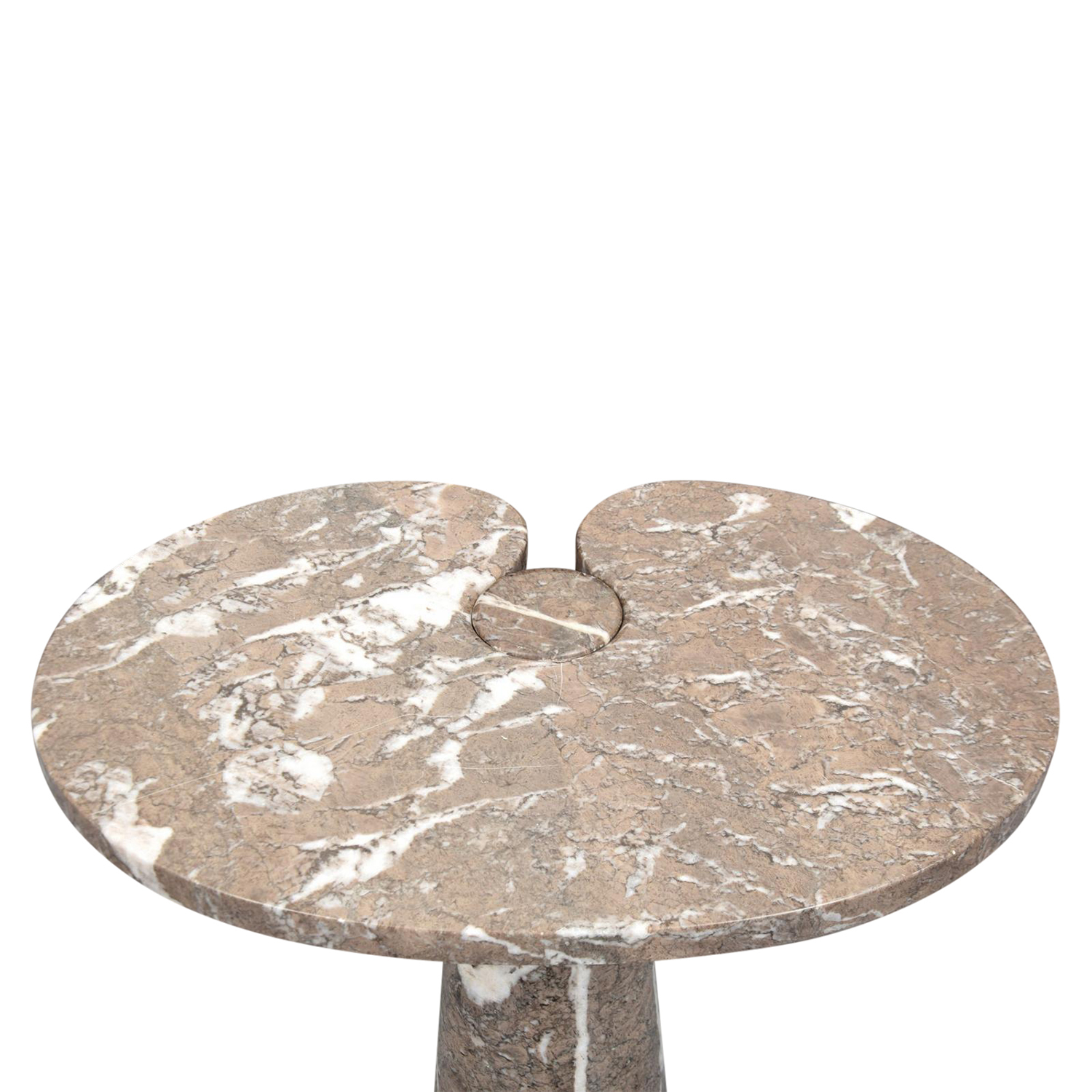 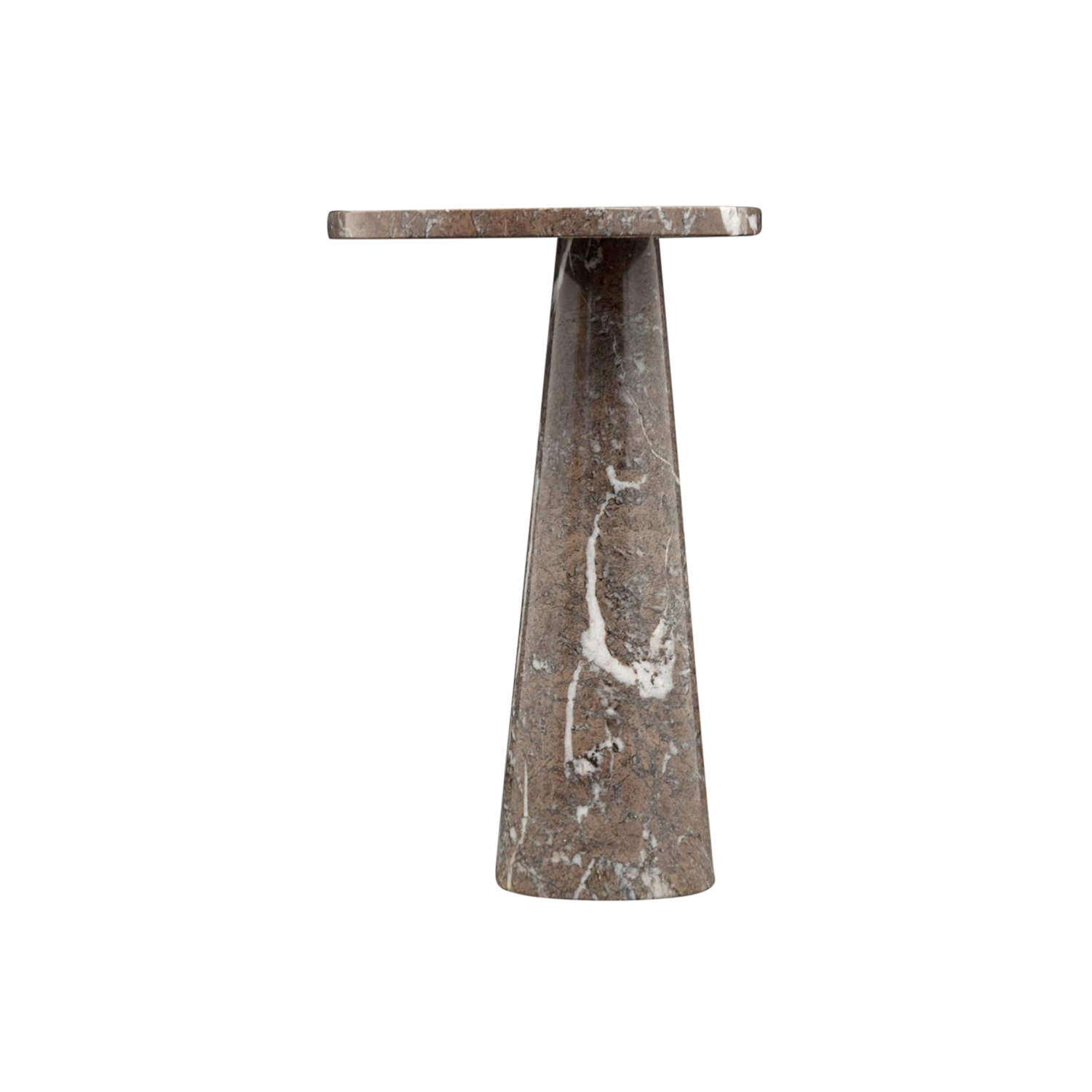 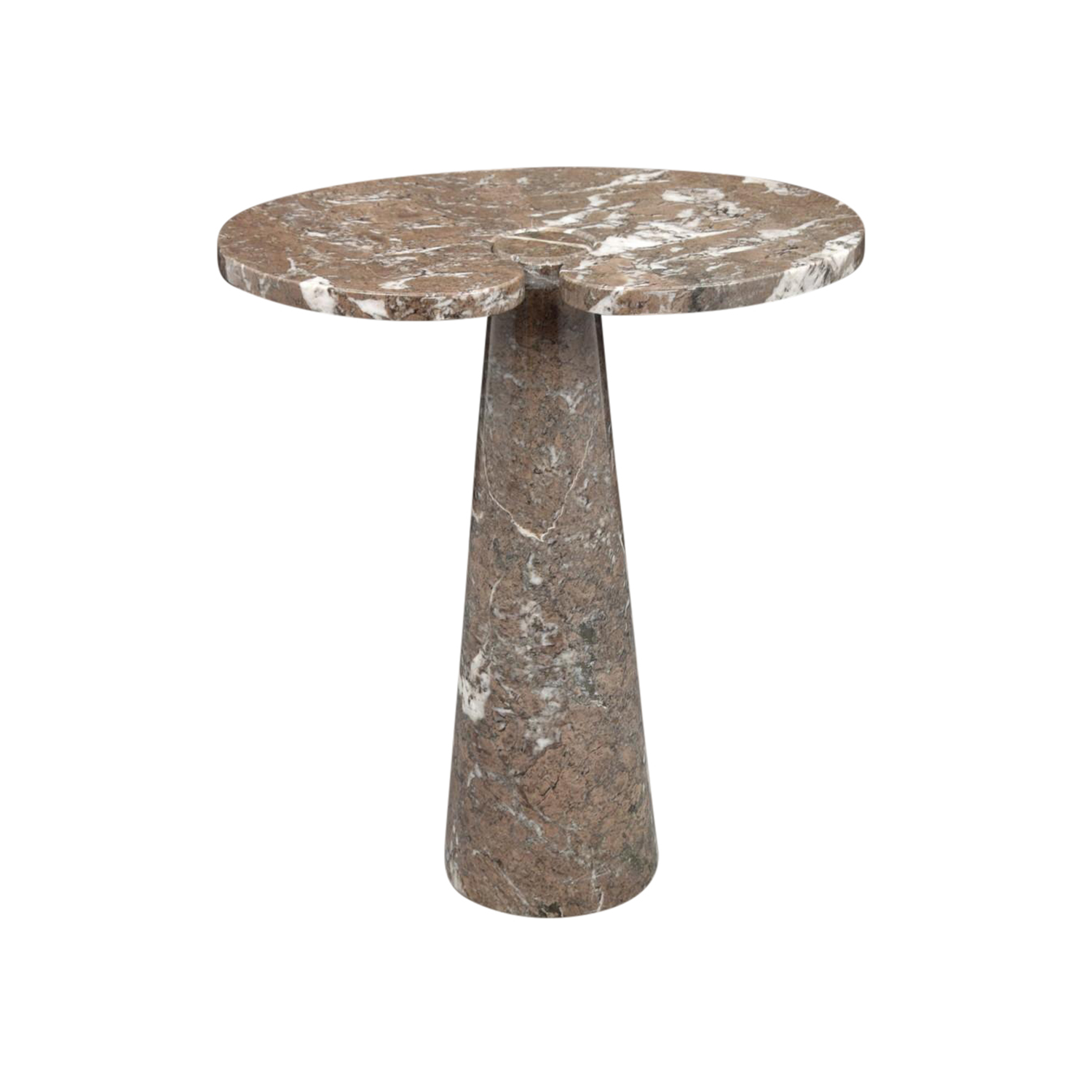 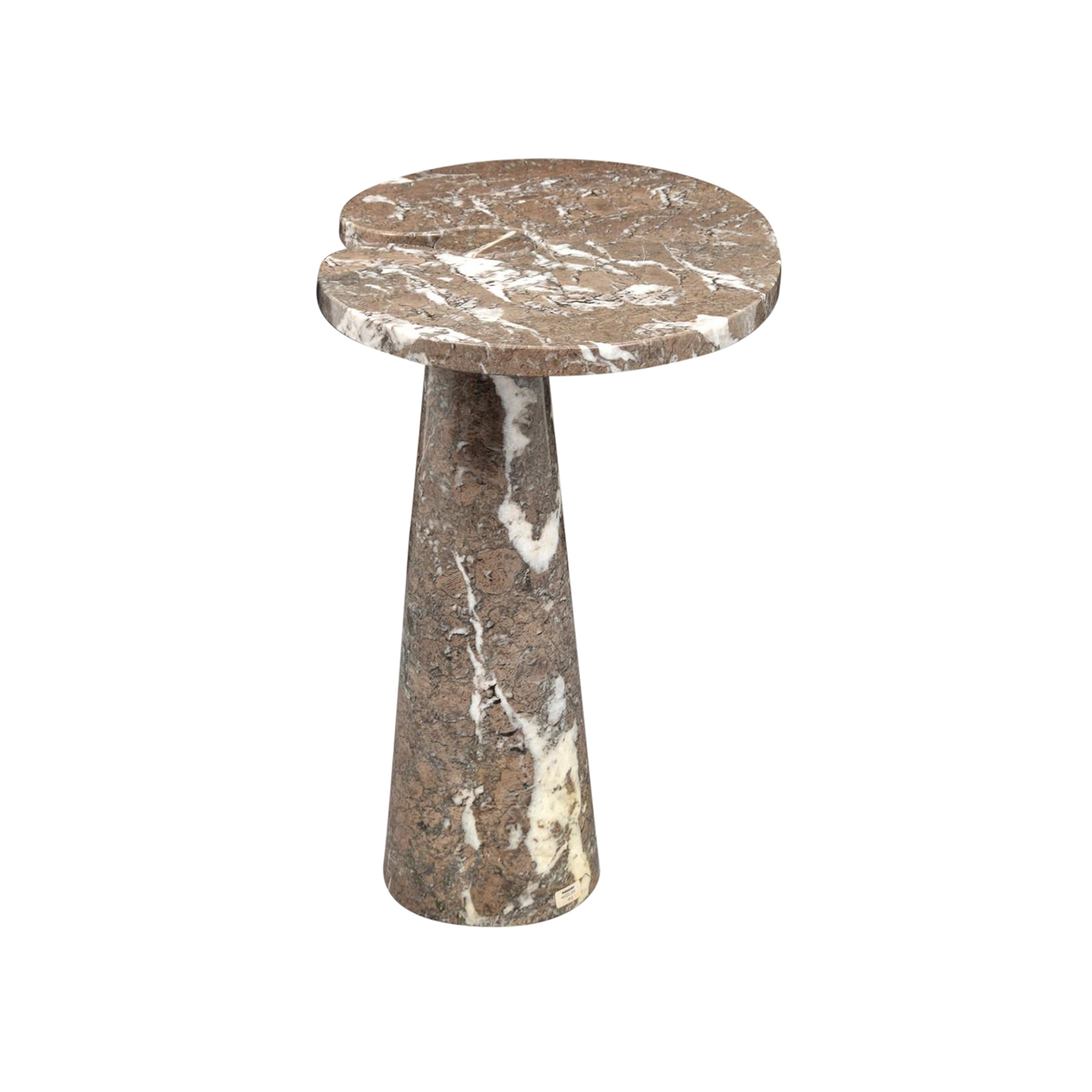 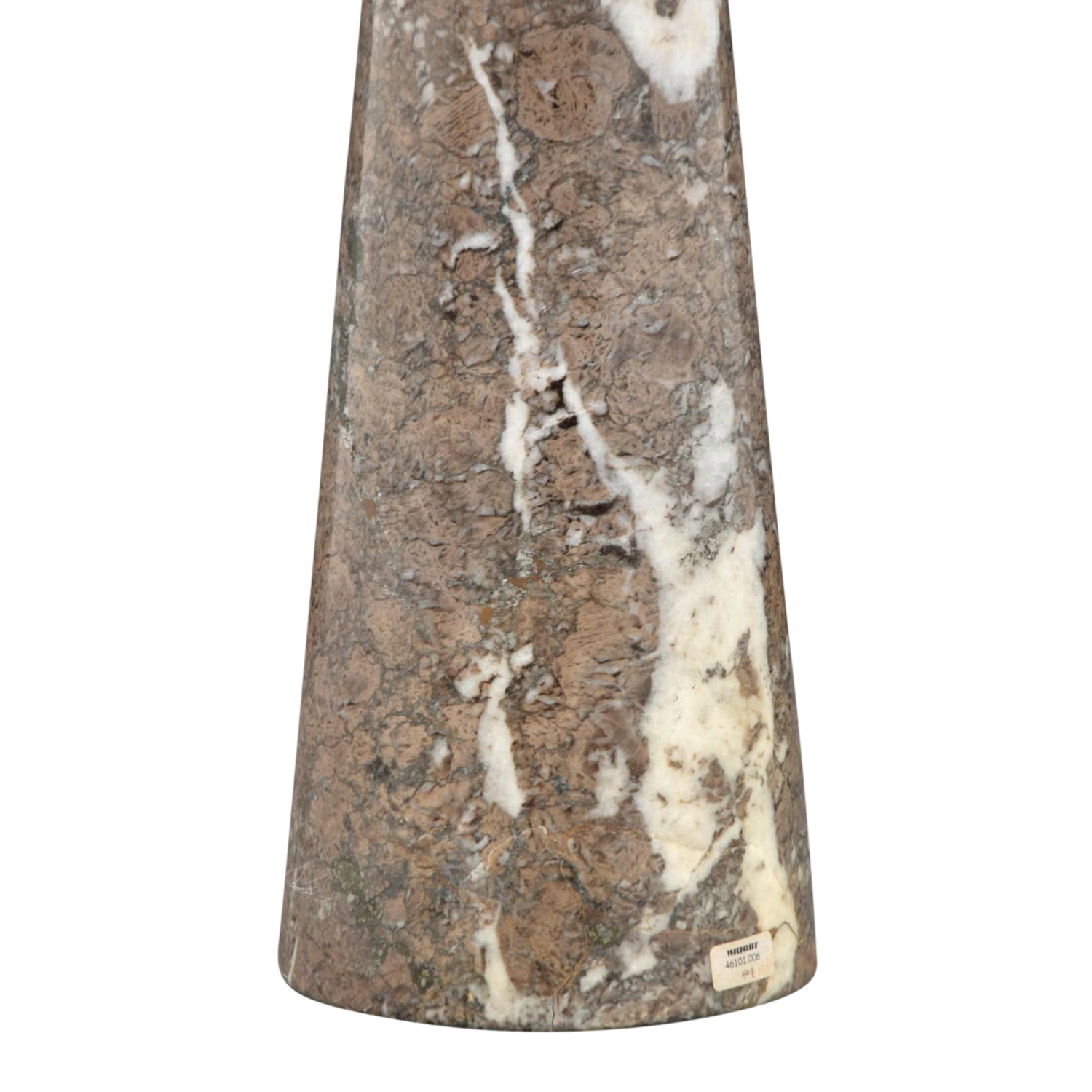 A grey, vintage Mid-Century modern Italian side, corner table made of hand crafted Grigio Scogliera marble, designed by Angelo Mangiarotti and produced by Skipper in good condition. The half round, tall Eros end table has no joints, only an interlocking system, the table top is stabilized by the weight of the marble. Wear consistent with age and use. Circa 1960 - 1970, Italy.

Angelo Mangiarotti was an Italian architect, industrial designer and an urban designer with a reputation built on never forgetting the real needs of users. Mangiarotti was born in 1921, in Milan, Italy and passed way in 2012. After he graduated in 1948 from the Architecture School of Politecnico di Milano, Mangiarotti moved to the United States and started working in Chicago as a visiting professor at the private University Illinois Institute of Technology.

Skipper was an Italian furniture manufacturer. The company's past remains lost in history.