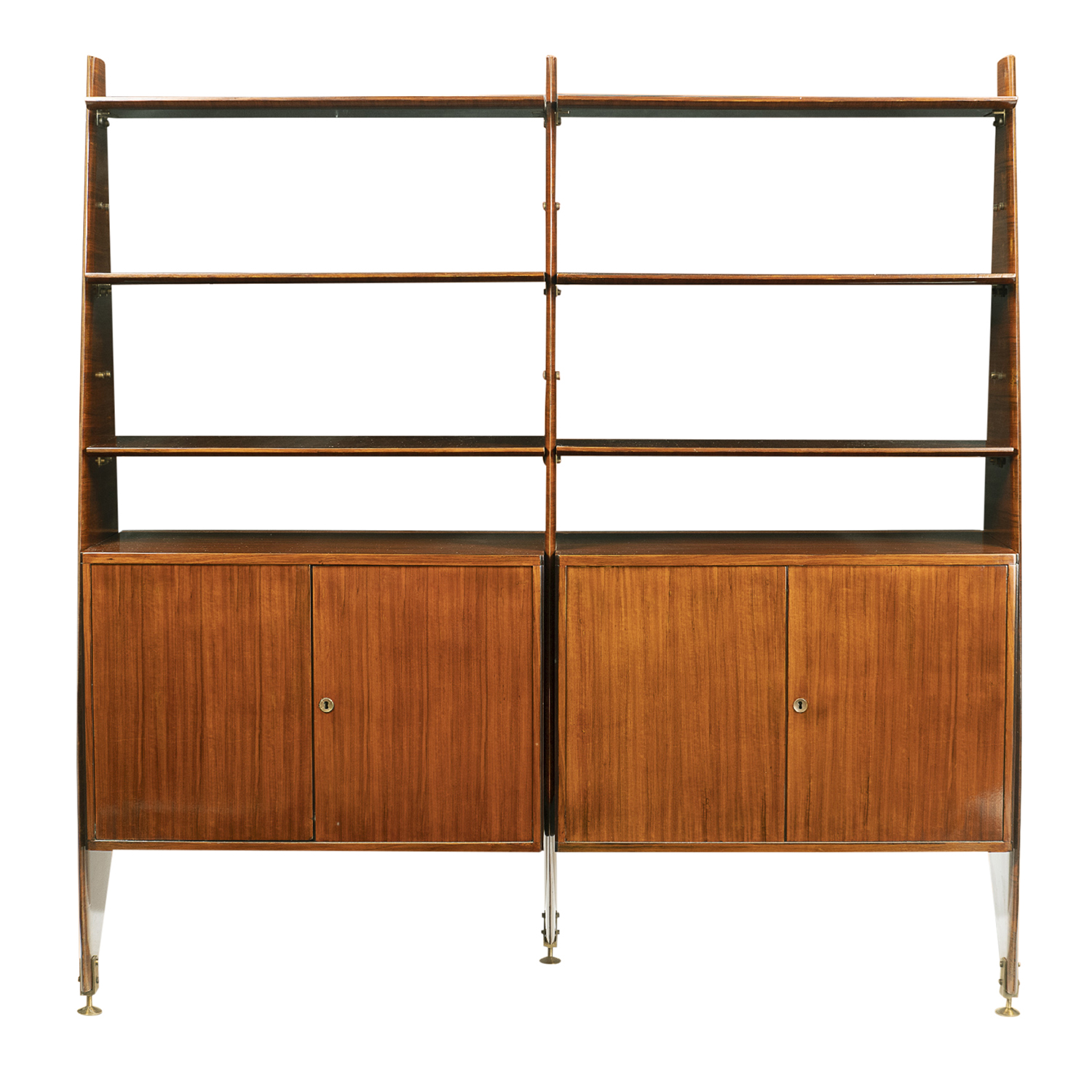 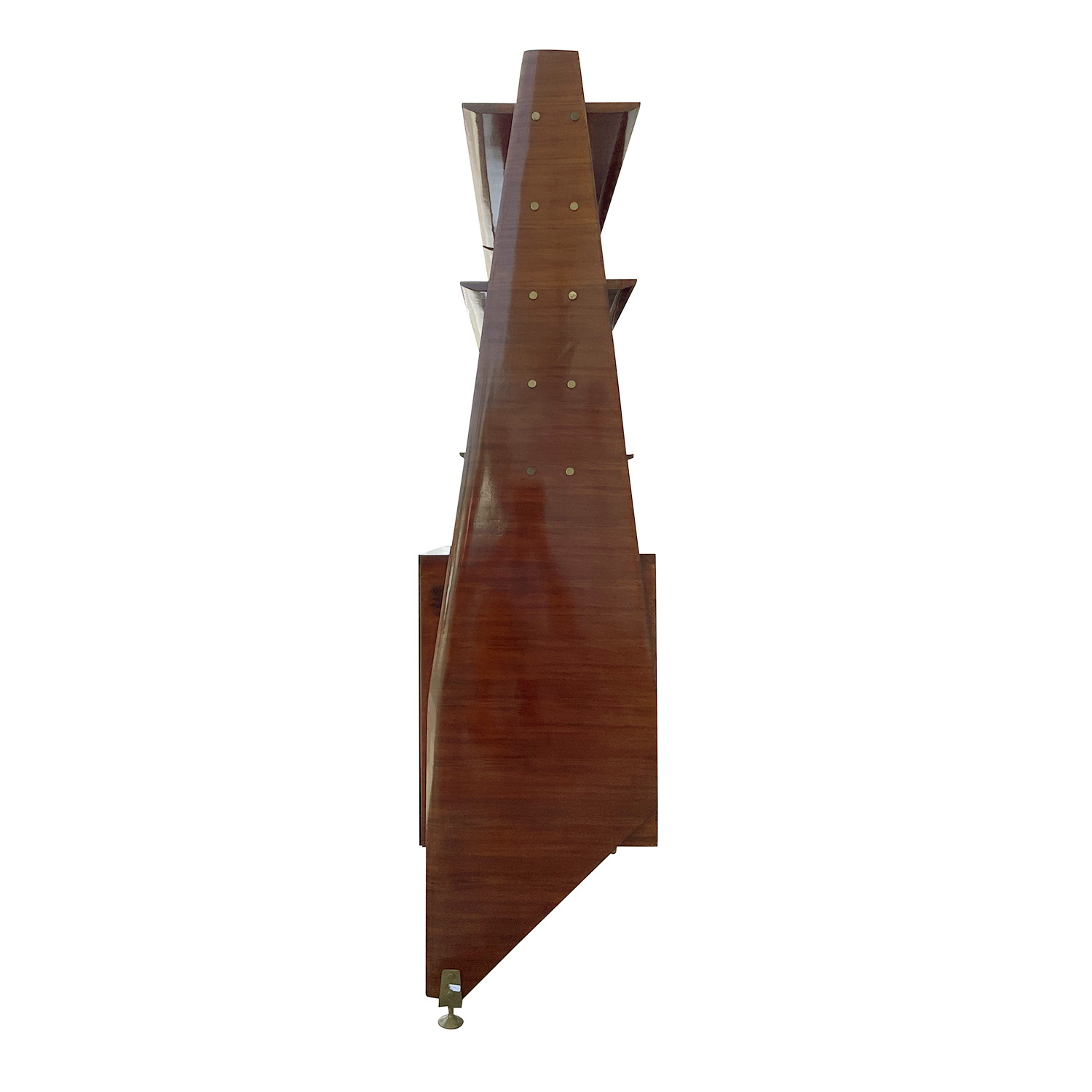 A vintage Mid-Century modern Italian bookcase with cabinet doors and three long shelves, made of hand carved polished Walnut, in good condition. Designed by Gio Ponti, Antonio Fornaroli & Alberto Alpago-Novello and produced, sold by the Studio PFR. The slim cupboard is composed with its original brass hardware and keys, standing on three, detailed brass feet. Wear consistent with age and use. Circa 1950 - 1960, Milan, Italy.

View all Gio Ponti originals in our collection.

Giovanni "Gio" Ponti was an Italian architect, industrial designer, furniture designer, artist, teacher, writer and a publisher born in 1891 Milan, Italy and passed away in 1979 Milan. In 1921, Ponti graduated with a degree in architecture at the Polytechnic Institute in Milan. Over the years, Ponti has built more than a hundred buildings in Italy and around the world. He was a major player in the renewal of Italian design after WW2.

Antonio Fornaroli was an Italian architect and a designer born and passed away in Italy. Fornaroli's personal life and professional training remains lost in history.

Alberto Alpago-Novello was an Italian architect, urban planner, architectural historian and a designer born in 1889, in Feltre, Italy and passed away in 1985. After his high school, he studied ancient languages, art history, literature and natural sciences. In 1912, Alpago-Novello received his degree as an architect from the Polytechnic University of Milan. During his lifetime, he designed several regulatory plans for Italian cities, such as the competition for Pisa.