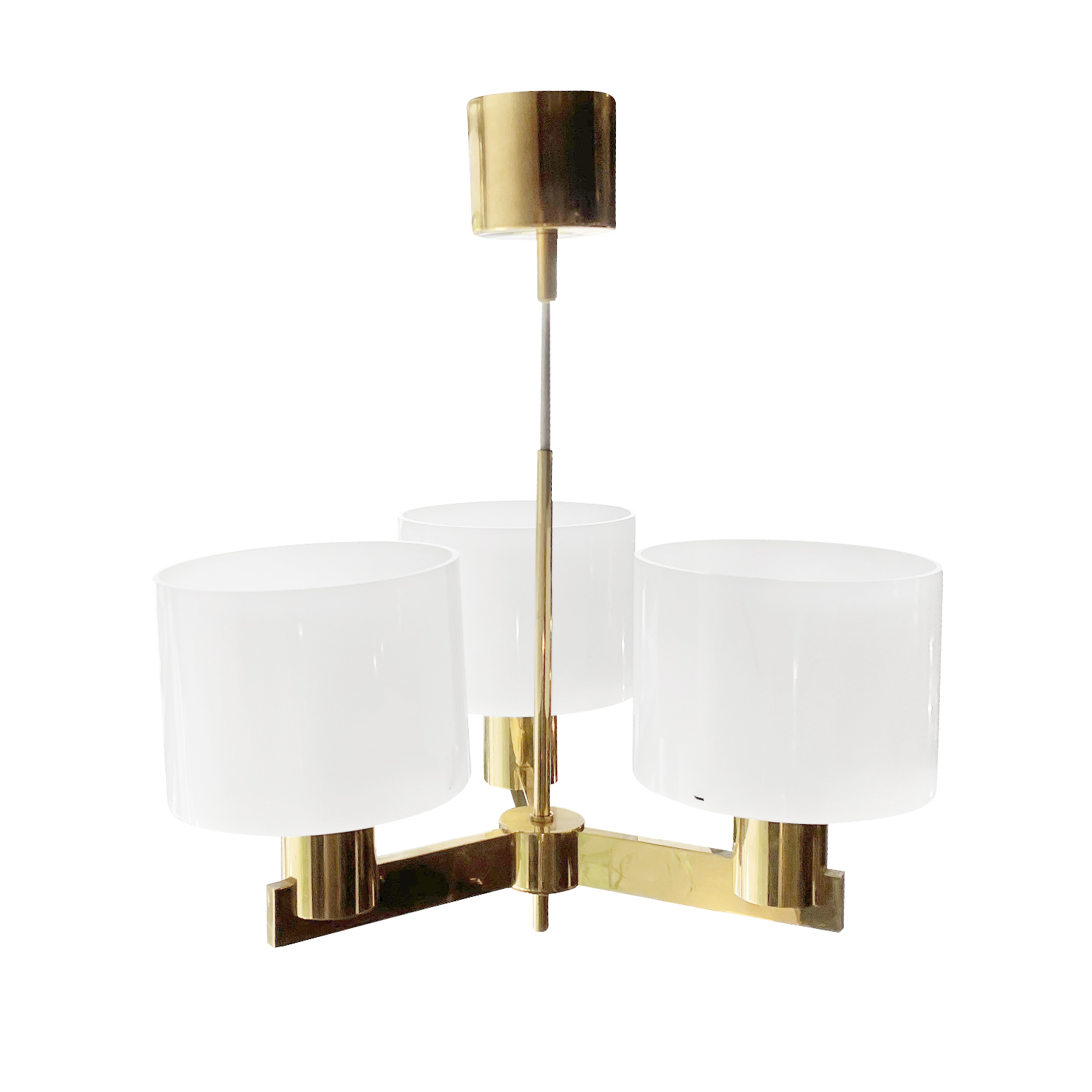 A round, vintage Mid-Century modern Swedish three-arm chandelier, pendant made of hand crafted polished brass, designed by Hans-Agne Jakobsson and produced by AB Markaryd in good condition. The small Scandinavian ceiling light, lamp is composed with three smoked plastic shades, each of them is featuring a one light socket. The wires have been renewed. Minor scratches due to age. Wear consistent with age and use. Circa 1950 - 1960, Sweden, Scandinavia.

View all Hans-Agne Jakobsson originals in our collection.