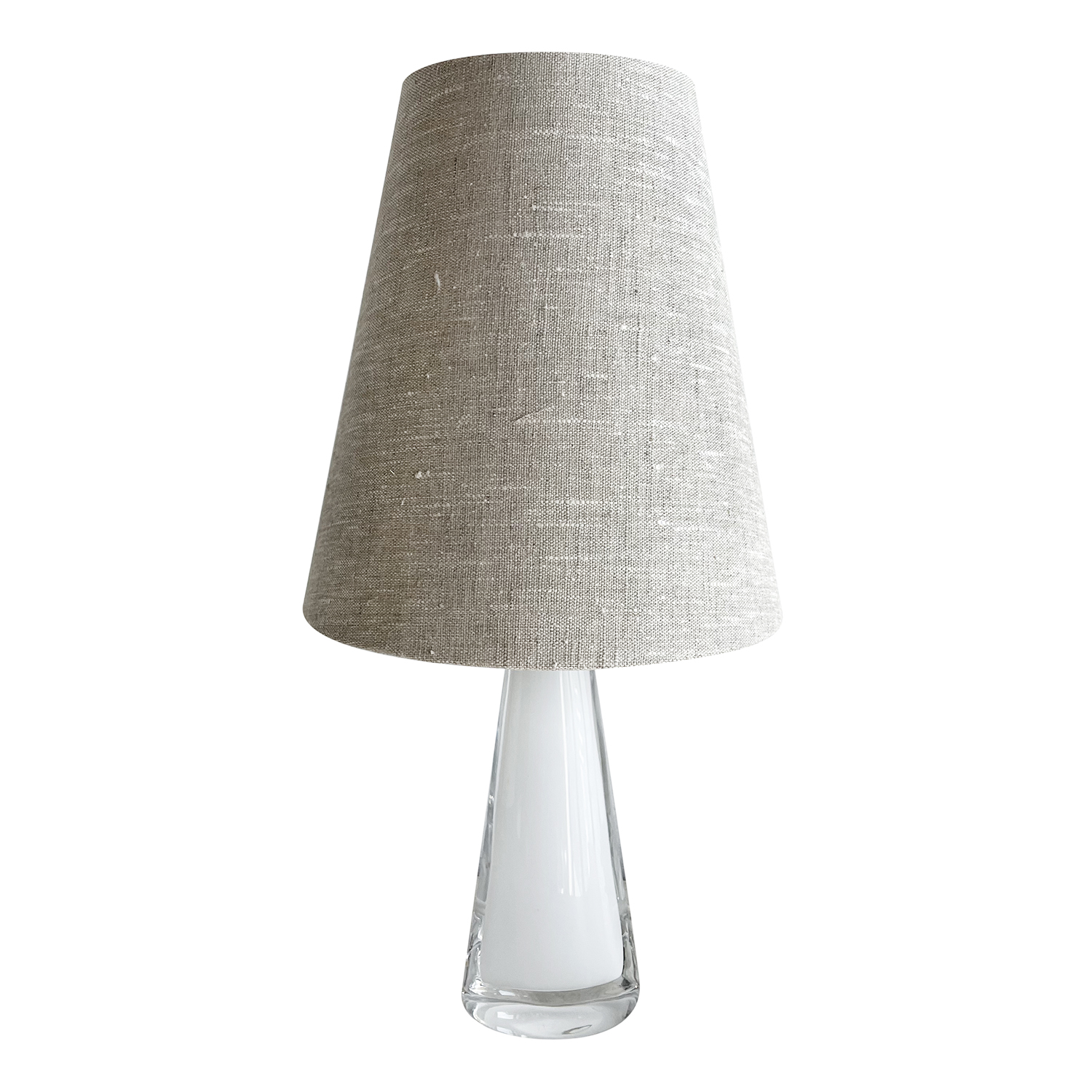 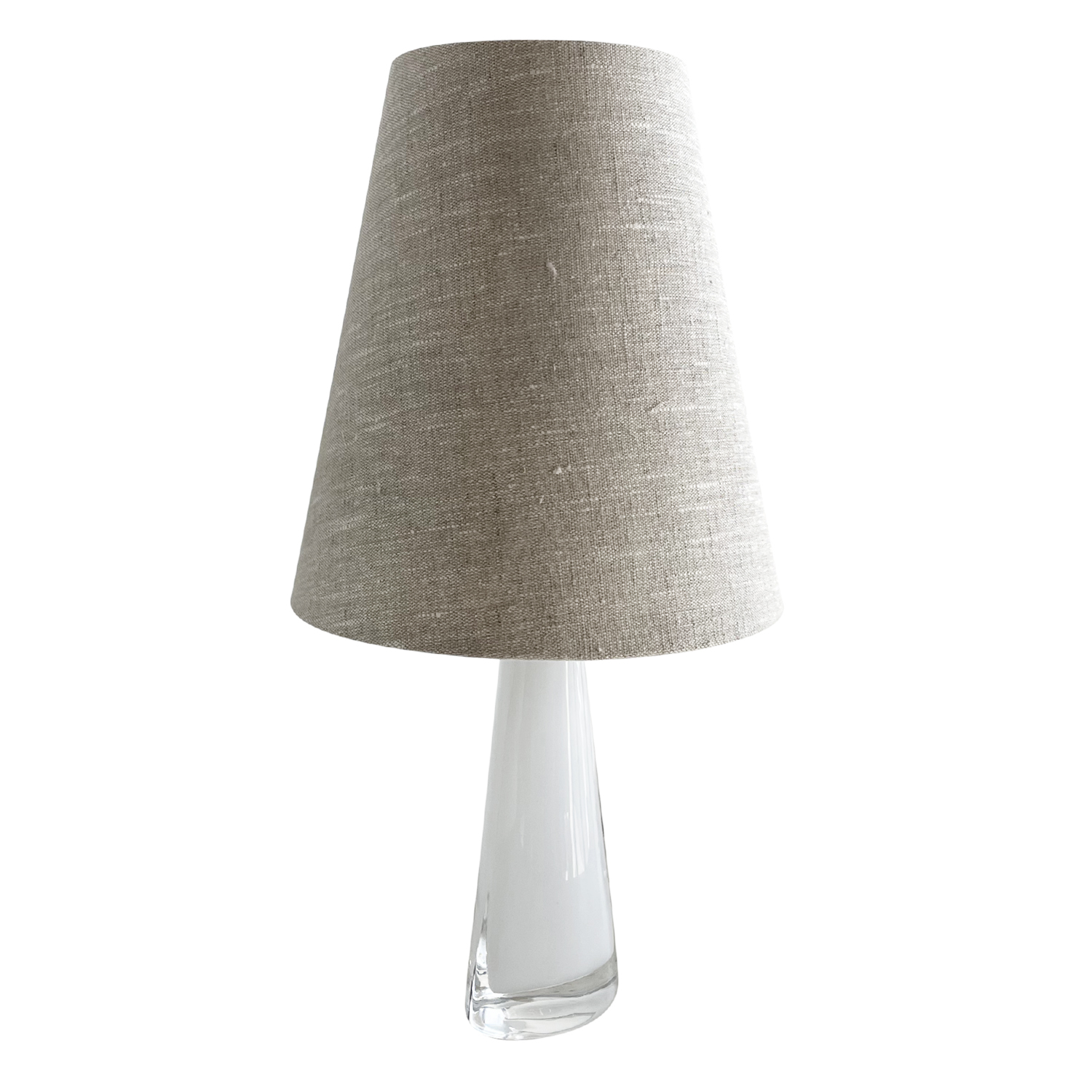 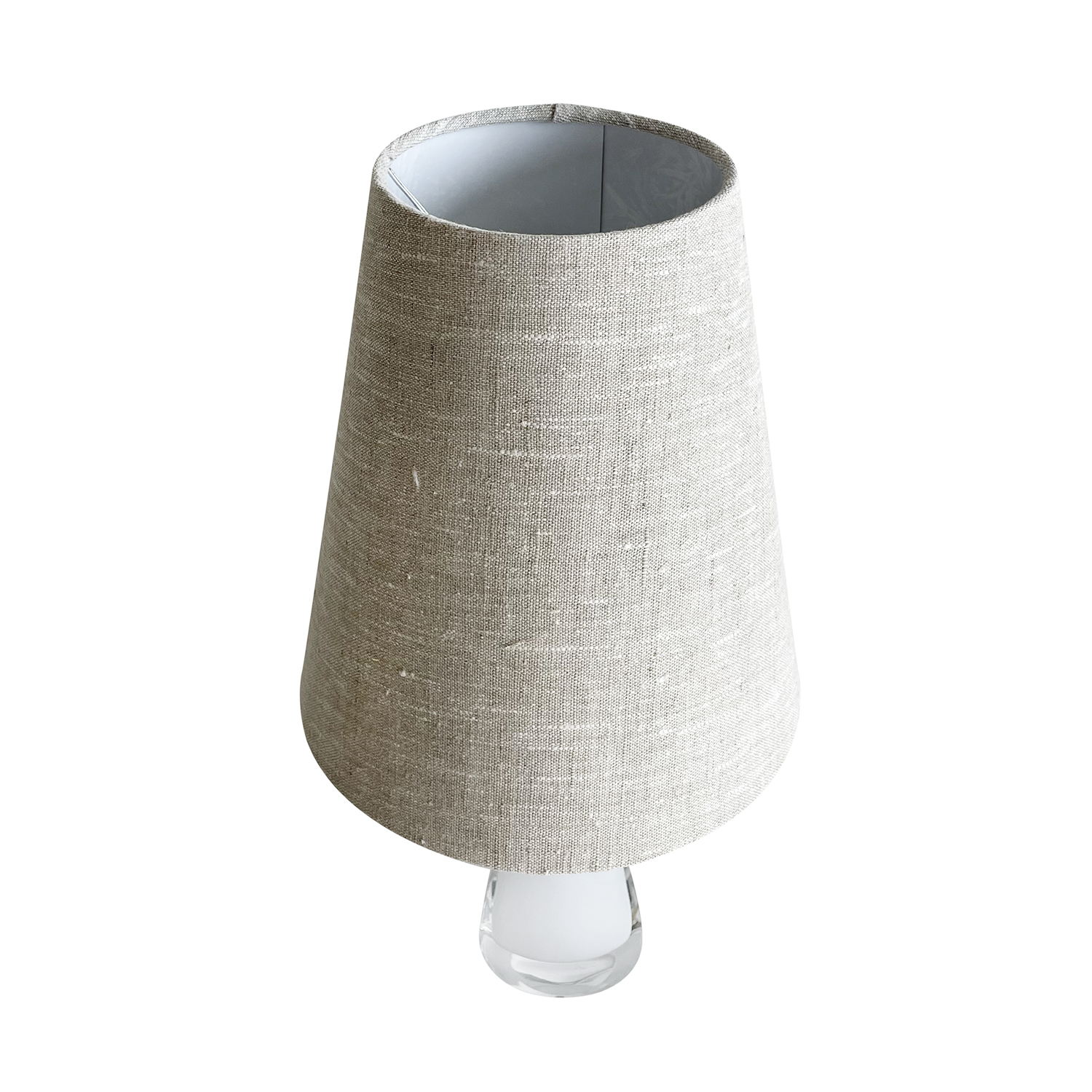 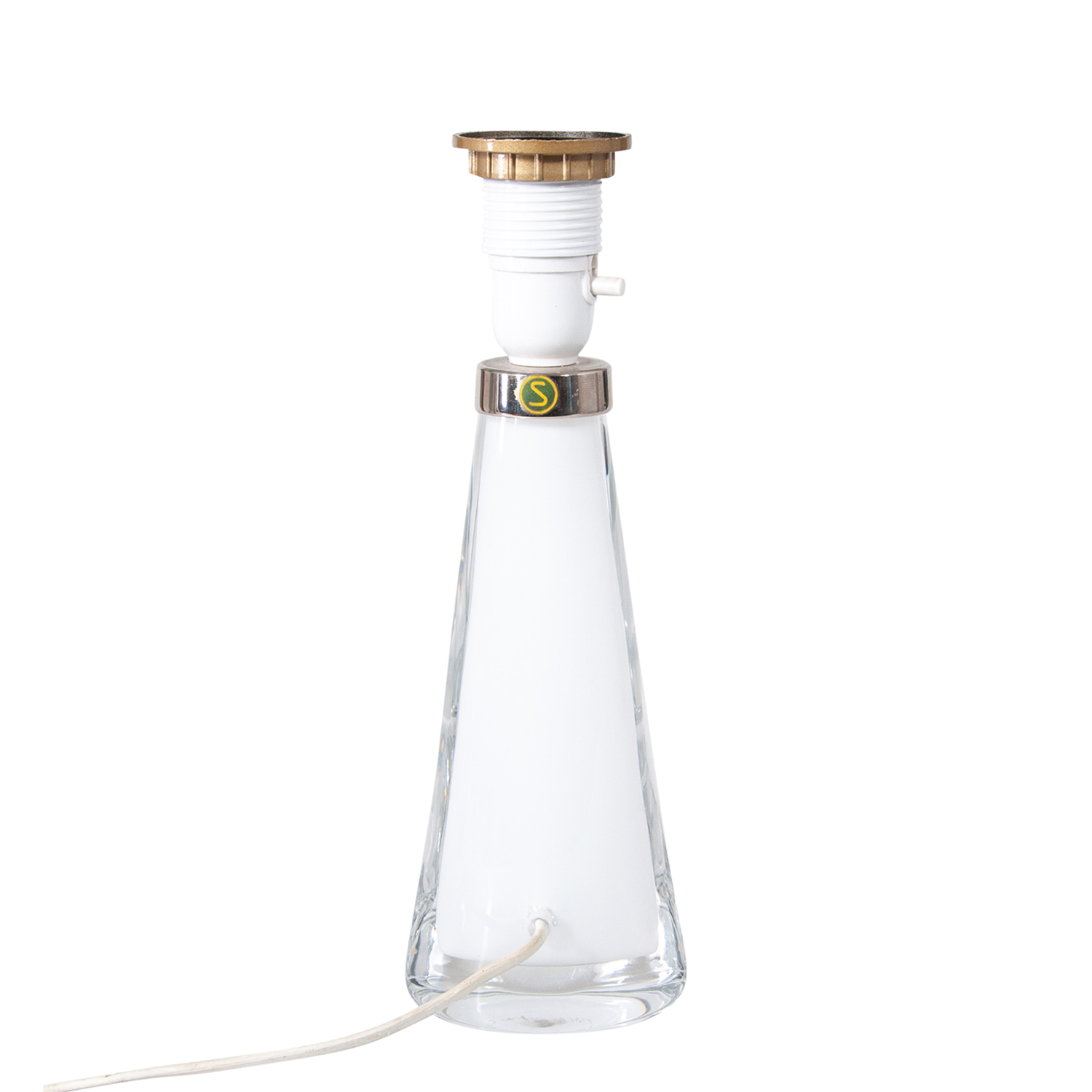 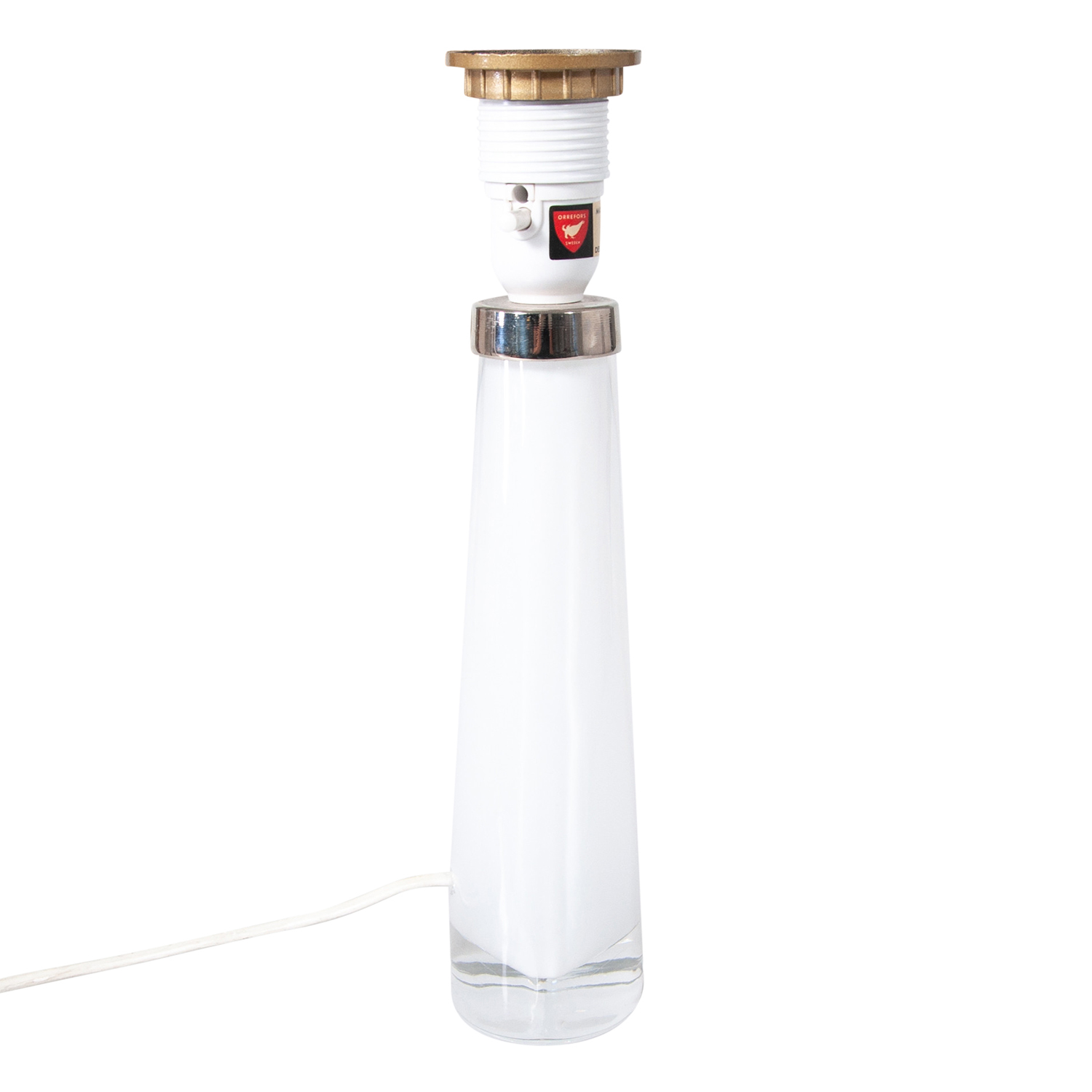 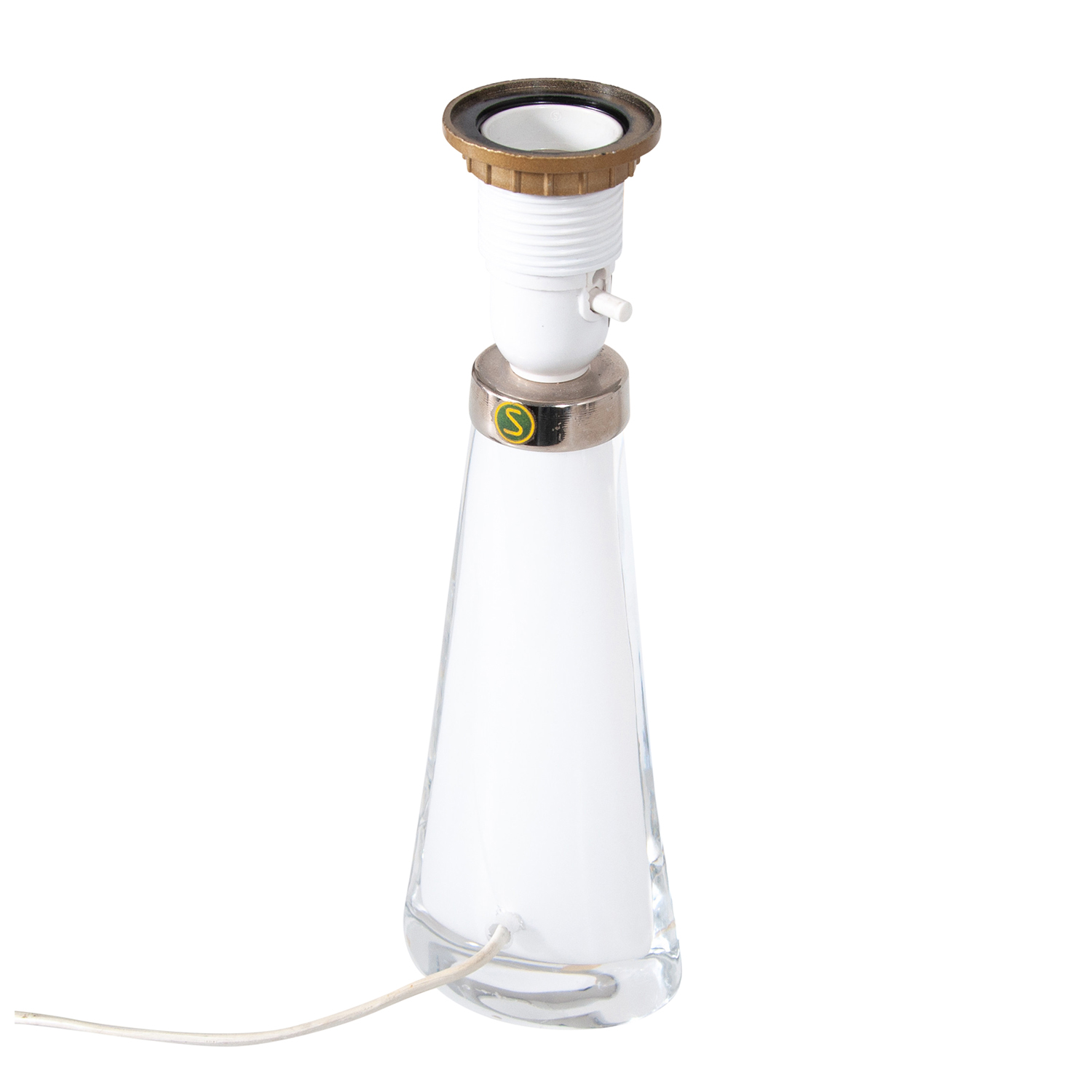 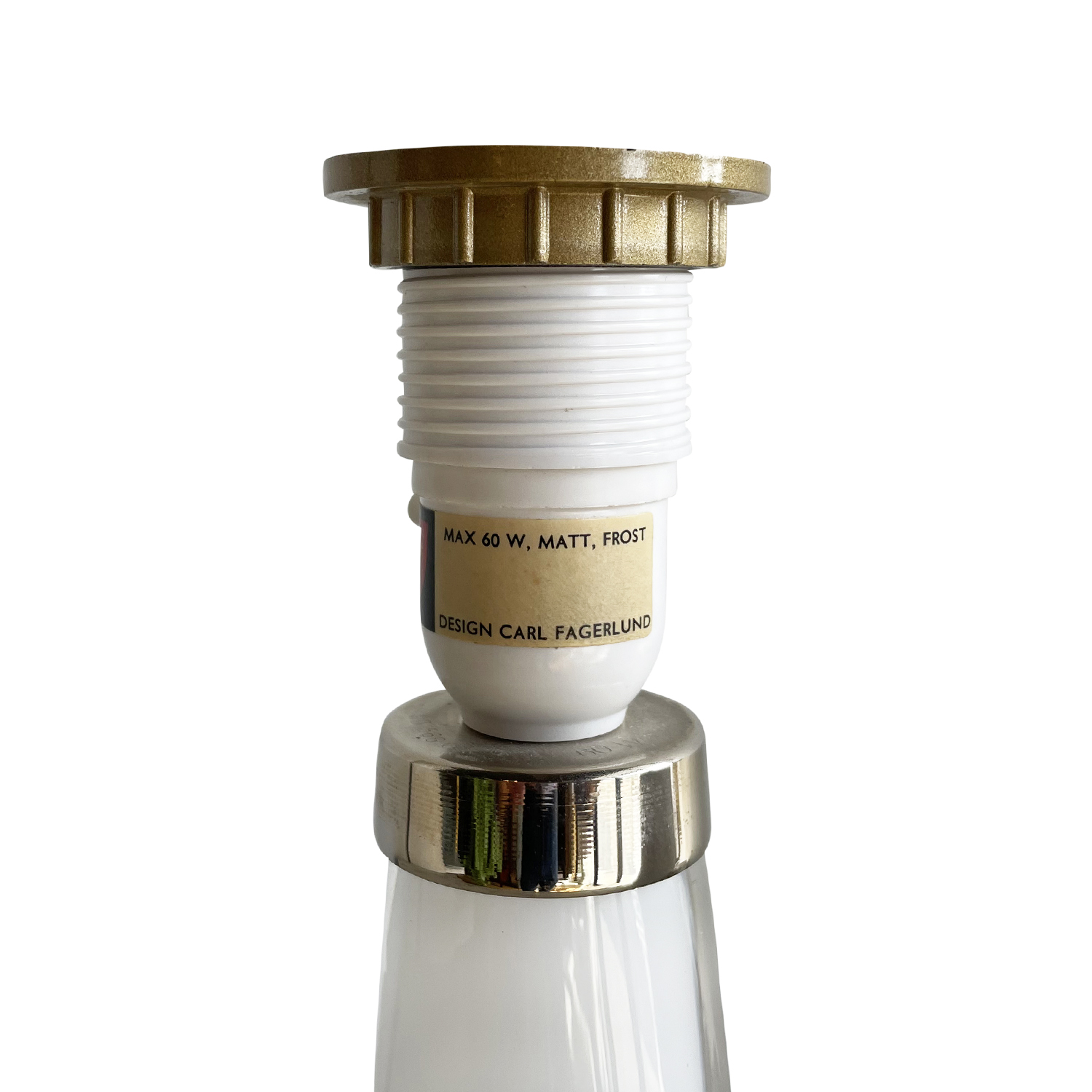 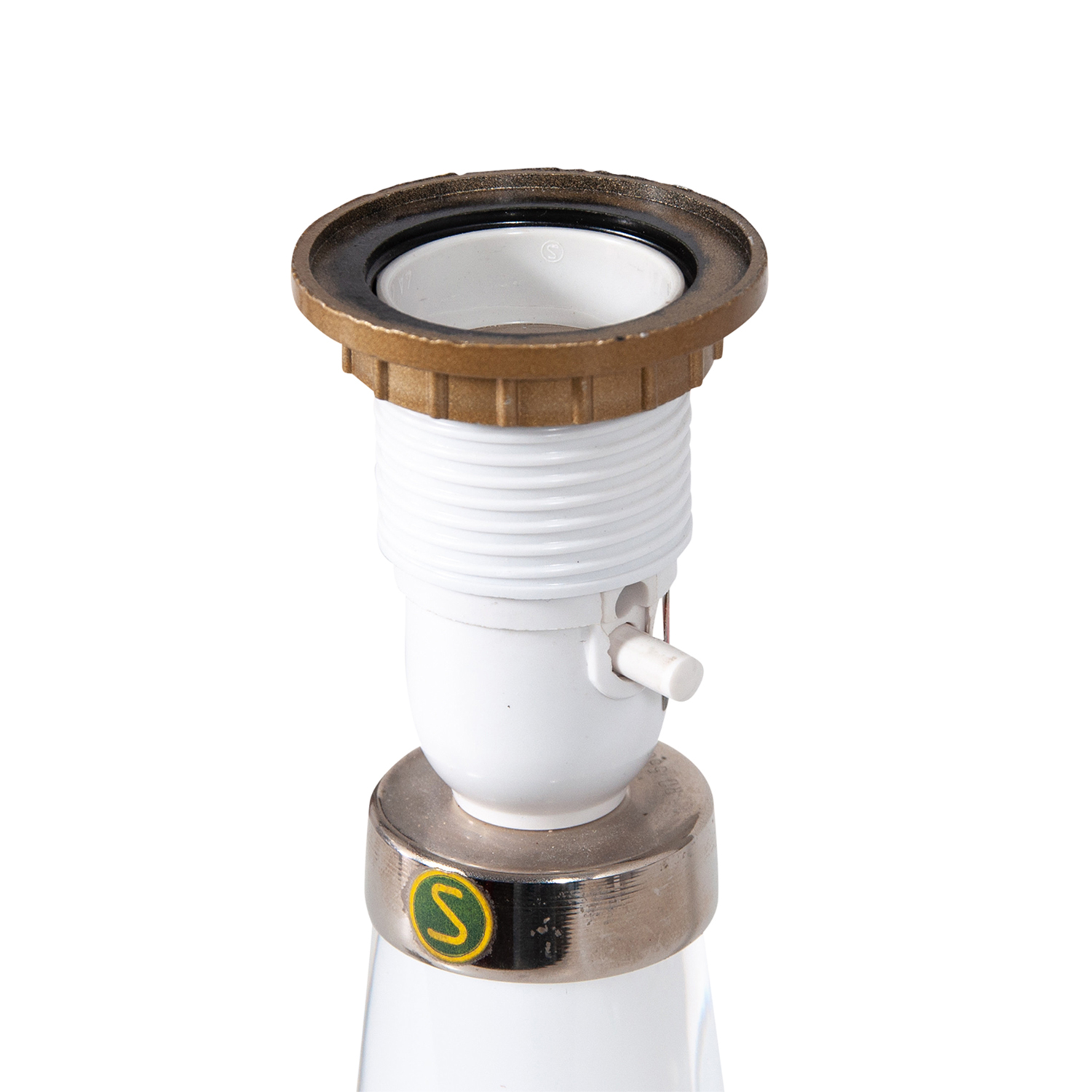 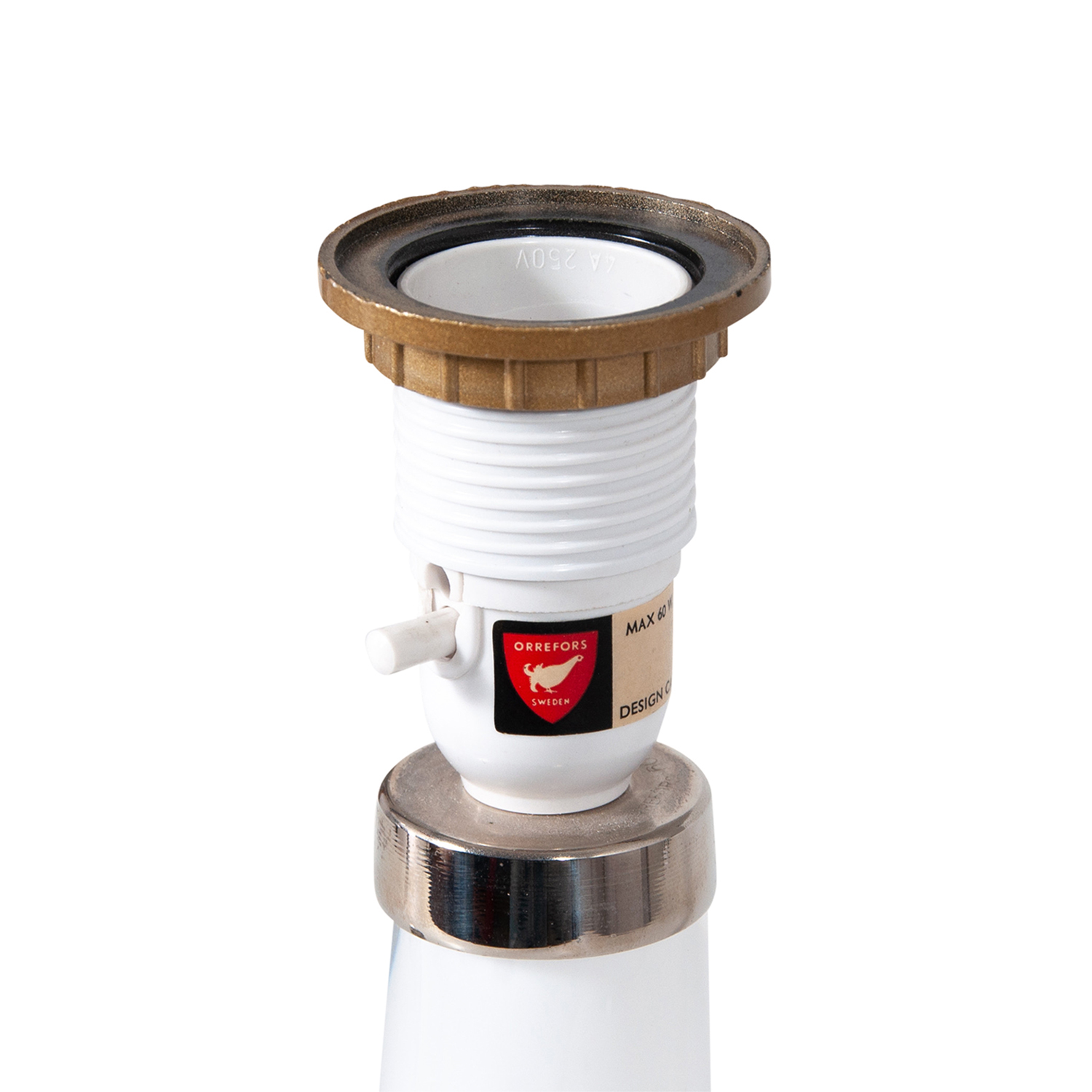 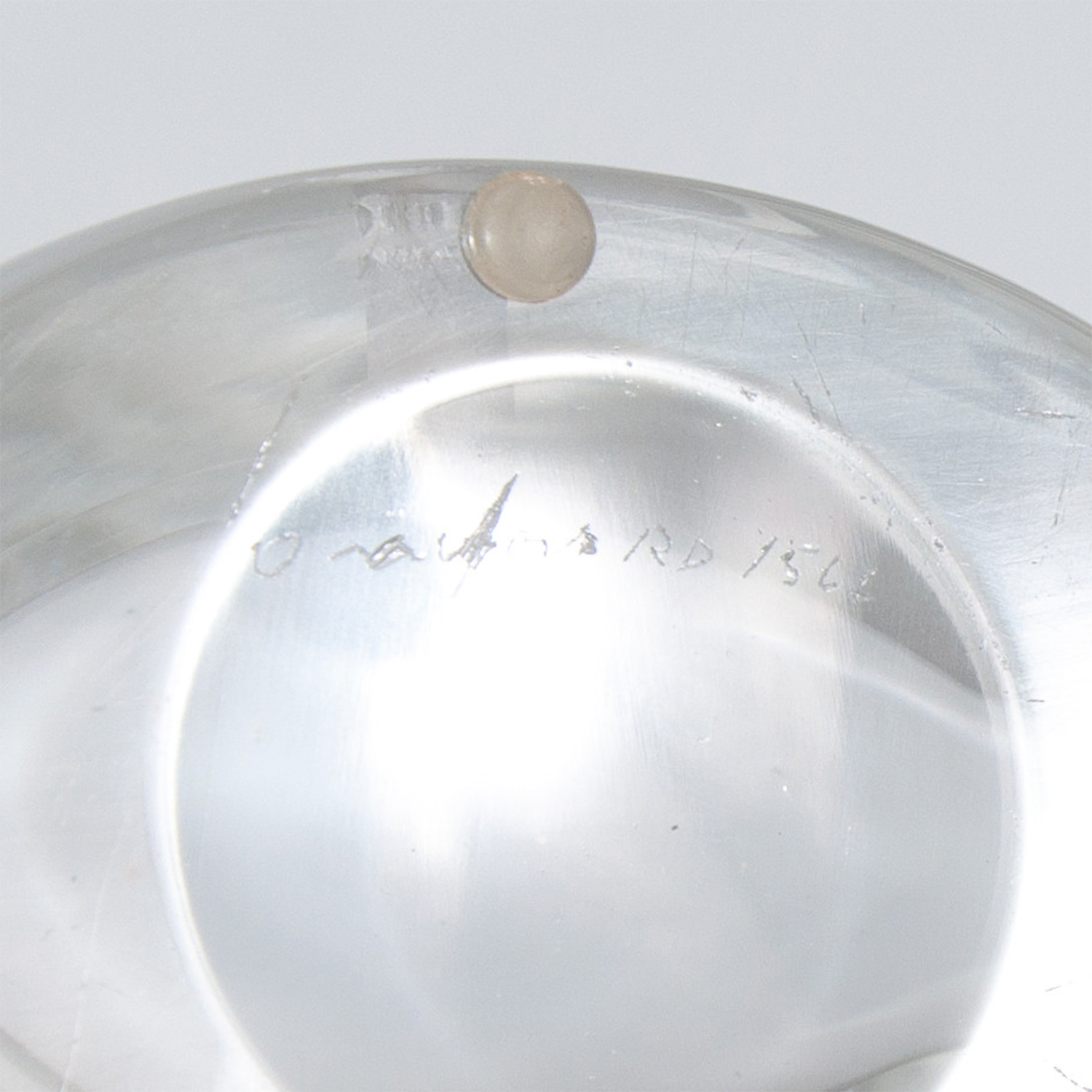 A small, vintage Mid-Century modern Swedish table lamp made of hand blown smoked Orrefors glass, the beam is enhanced with a chrome ring, composed with a new light-grey shade, featuring a one light socket in good condition. The Scandinavian desk light was designed by Carl Fagerlund and produced by Orrefors. Signed by Carl Fagerlund, Orrefors RD 1566 Labeled. The wires have been renewed. Wear consistent with age and use. Circa 1940 - 1950, Sweden, Scandinavia.