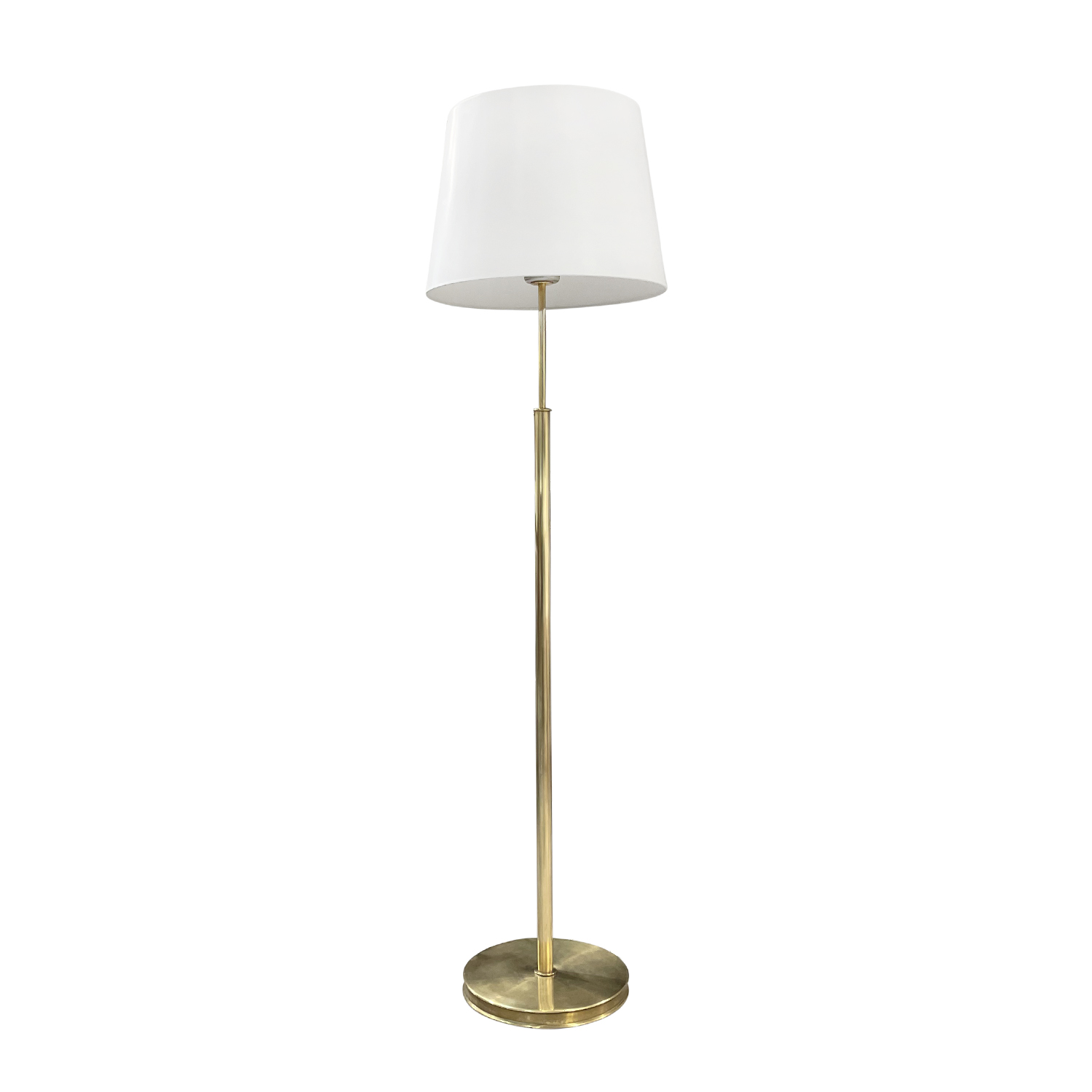 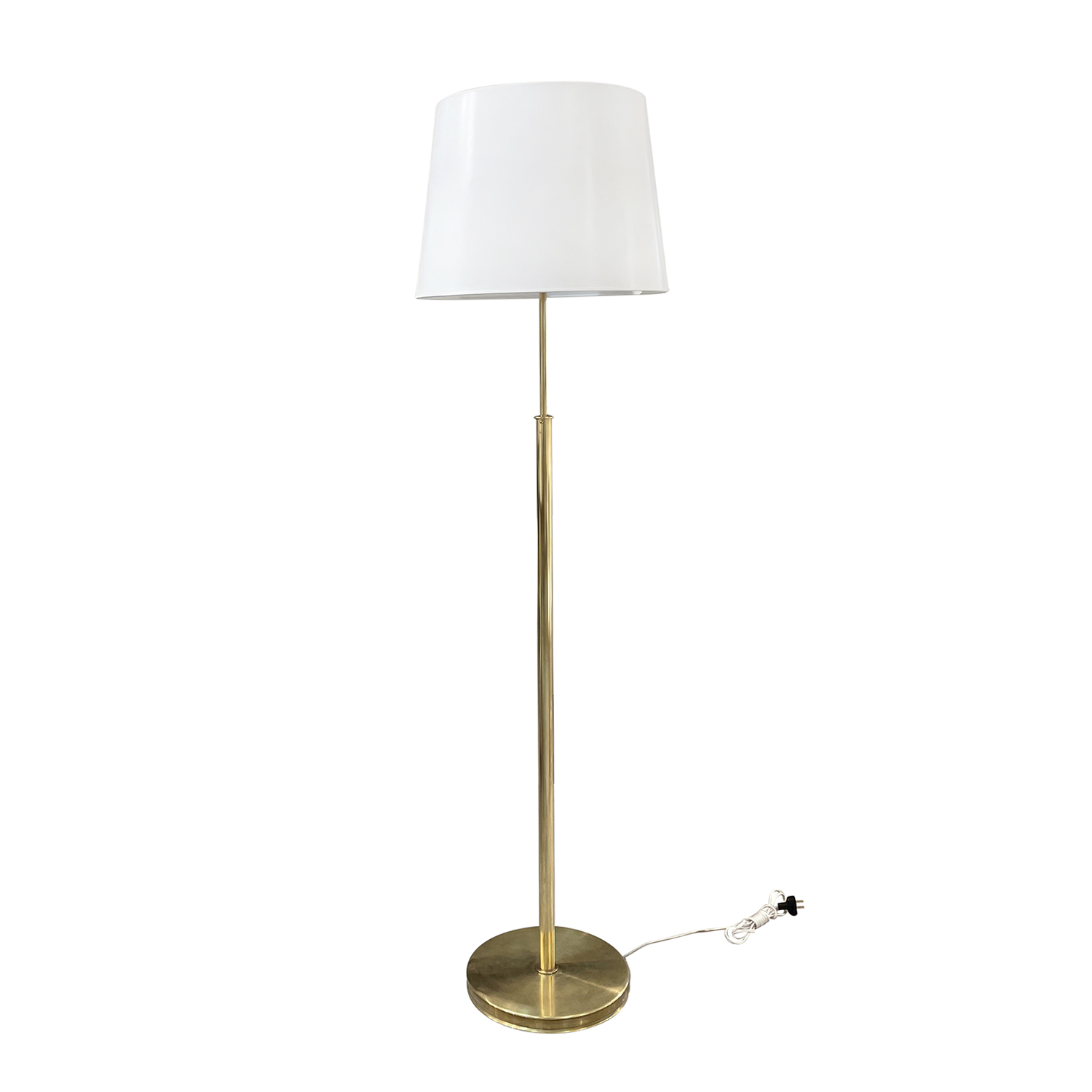 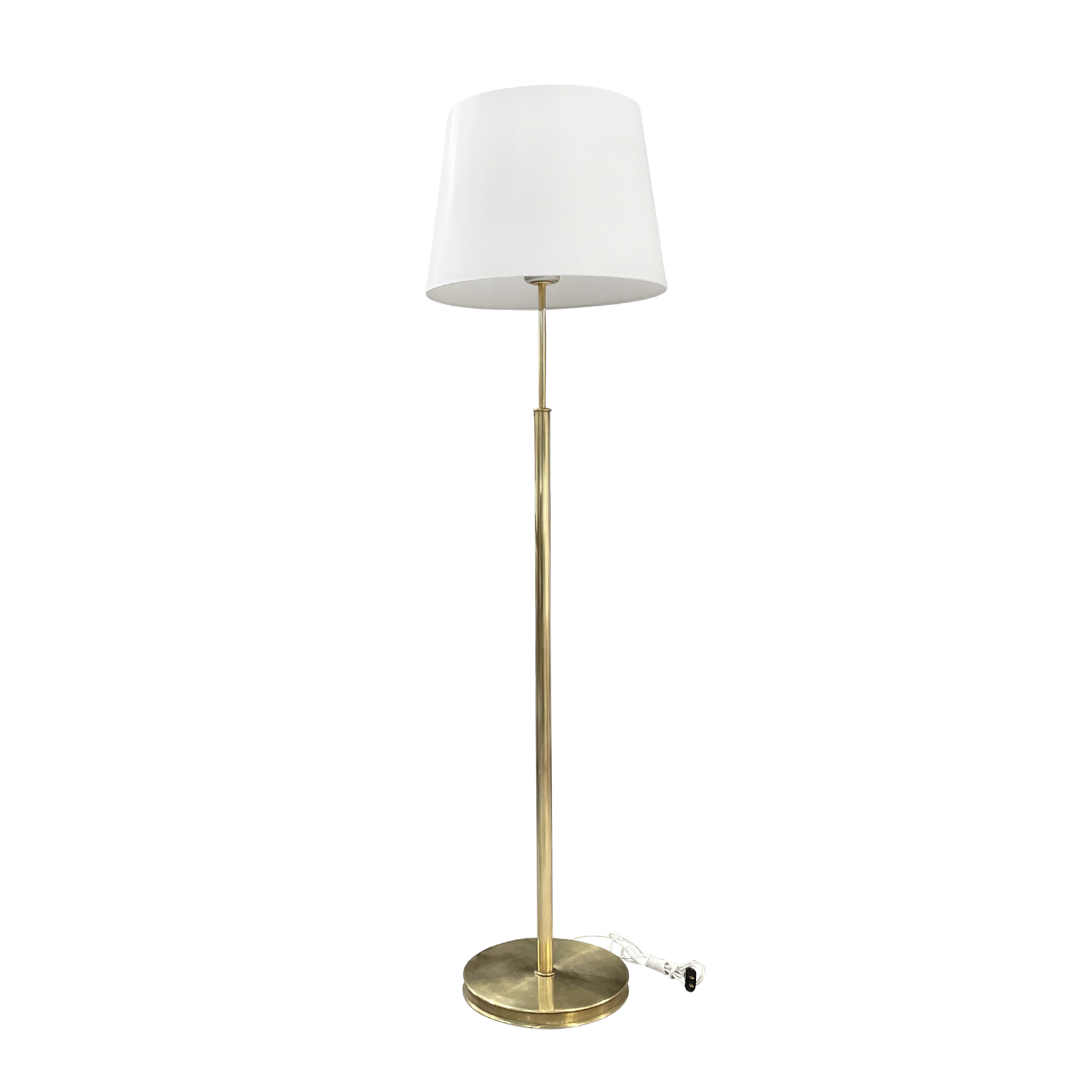 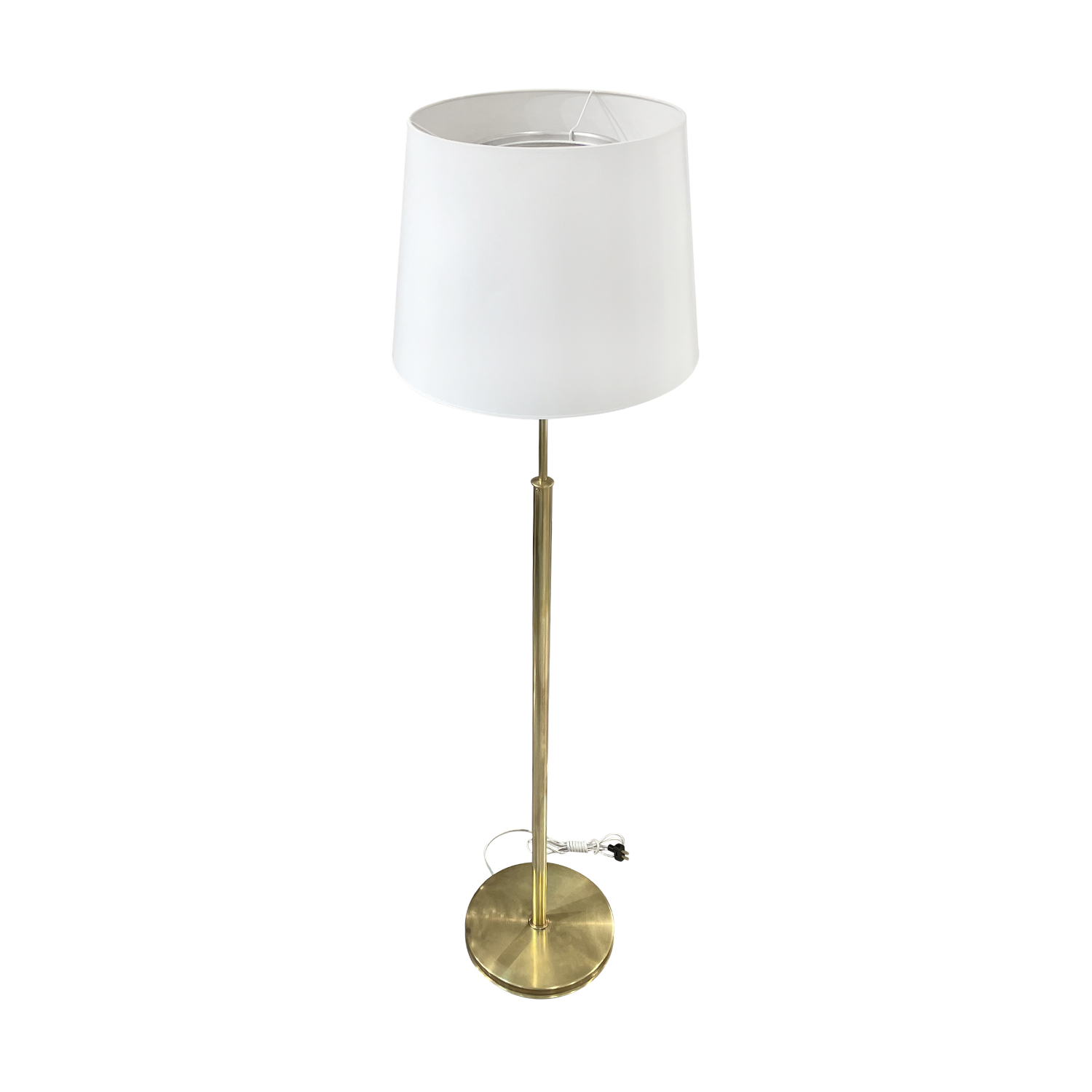 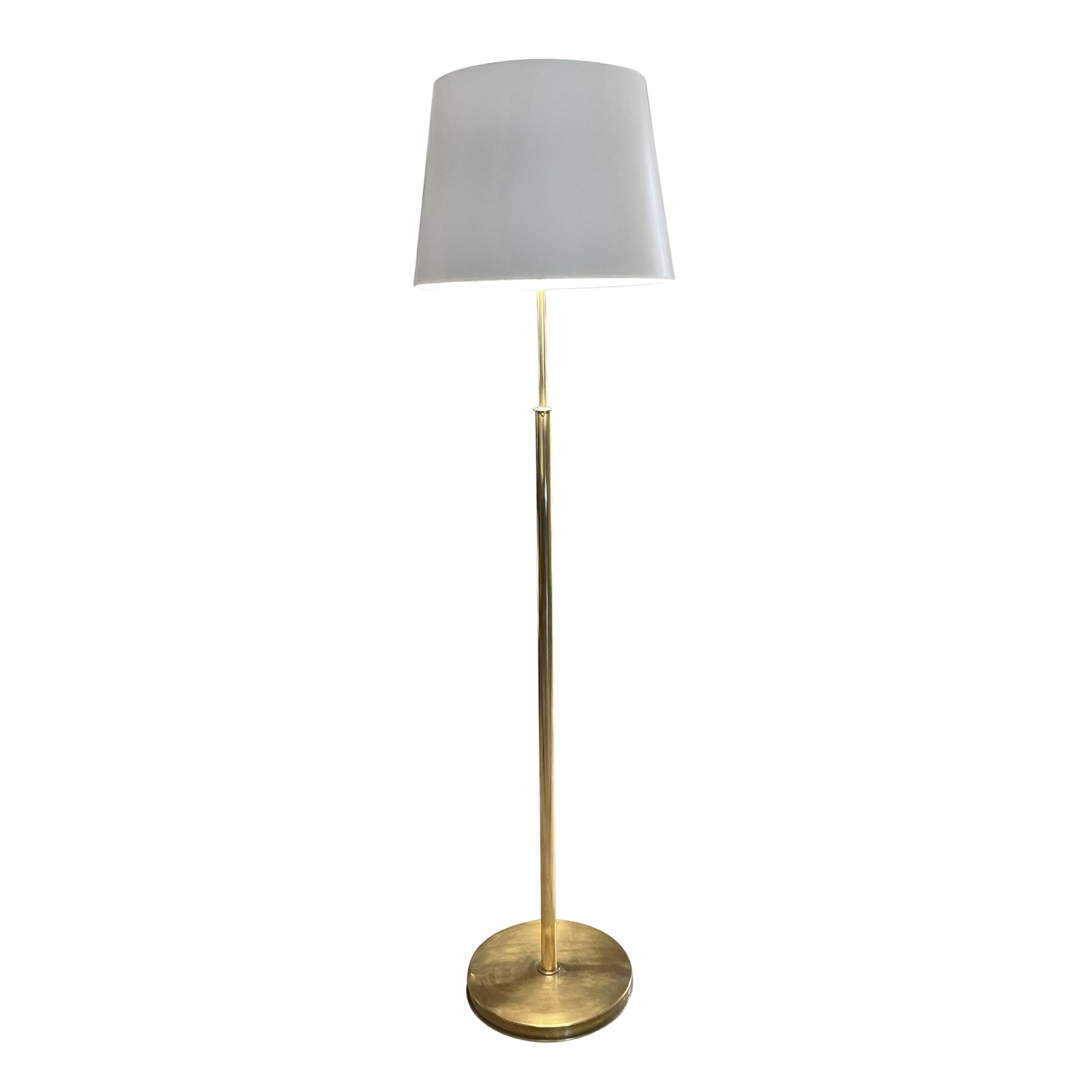 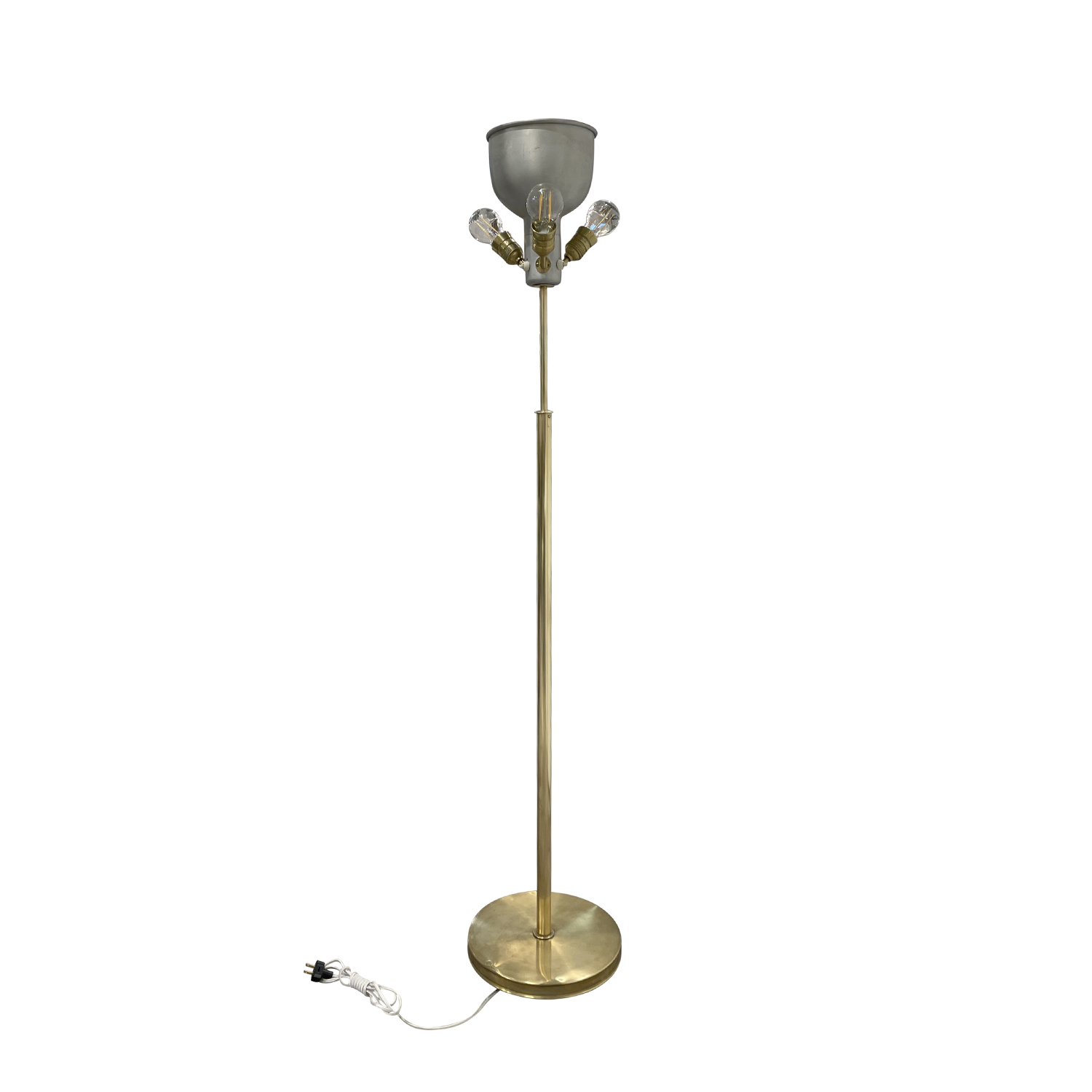 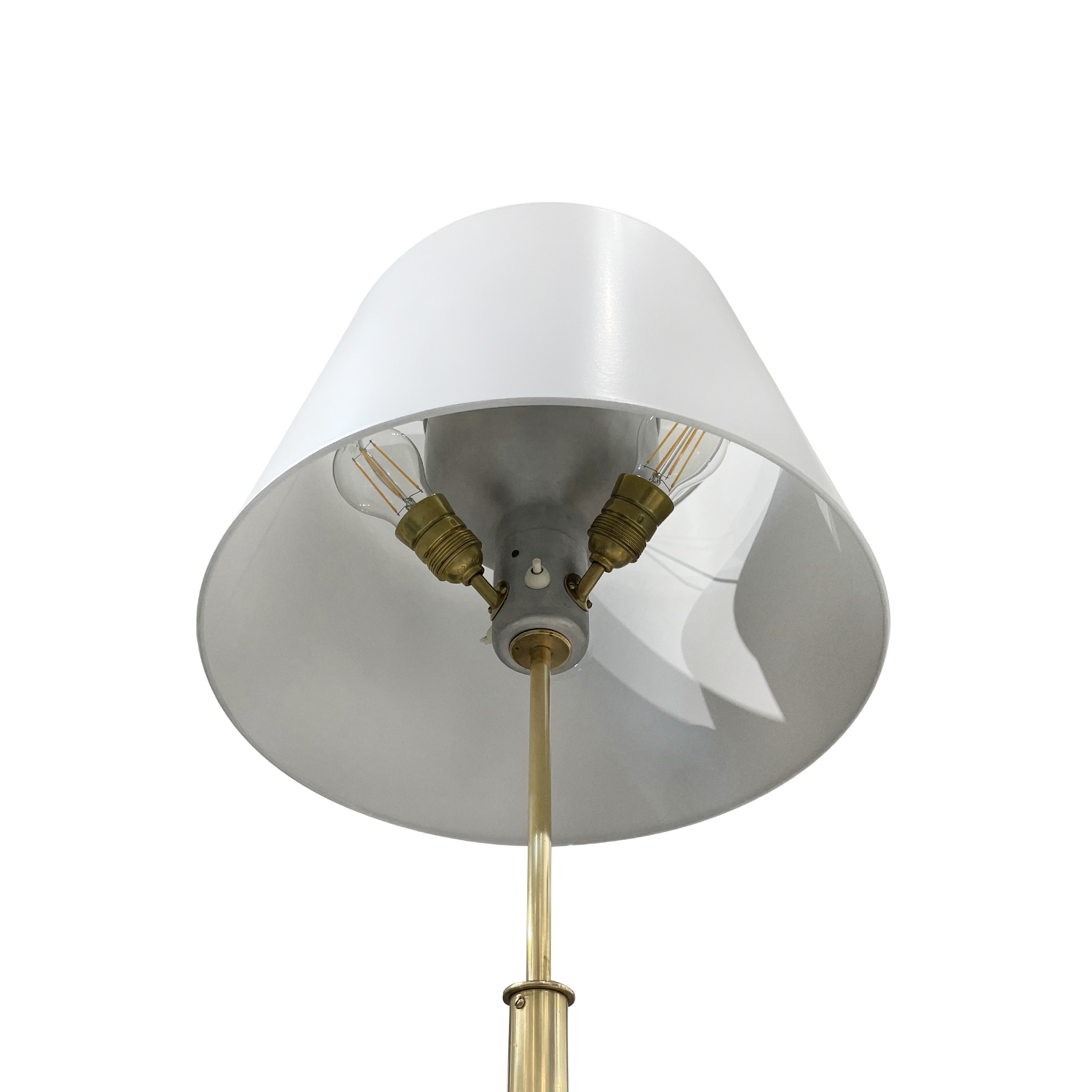 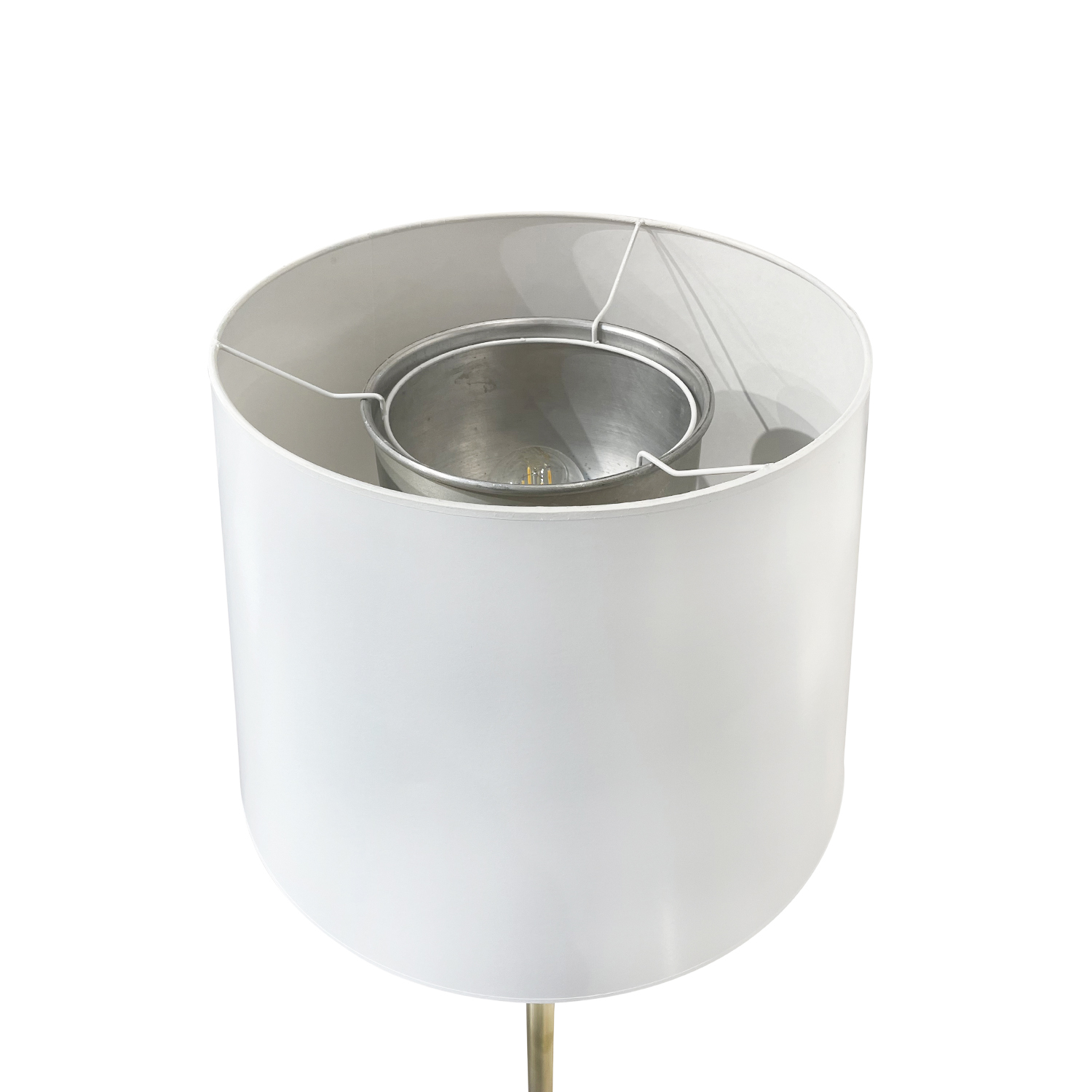 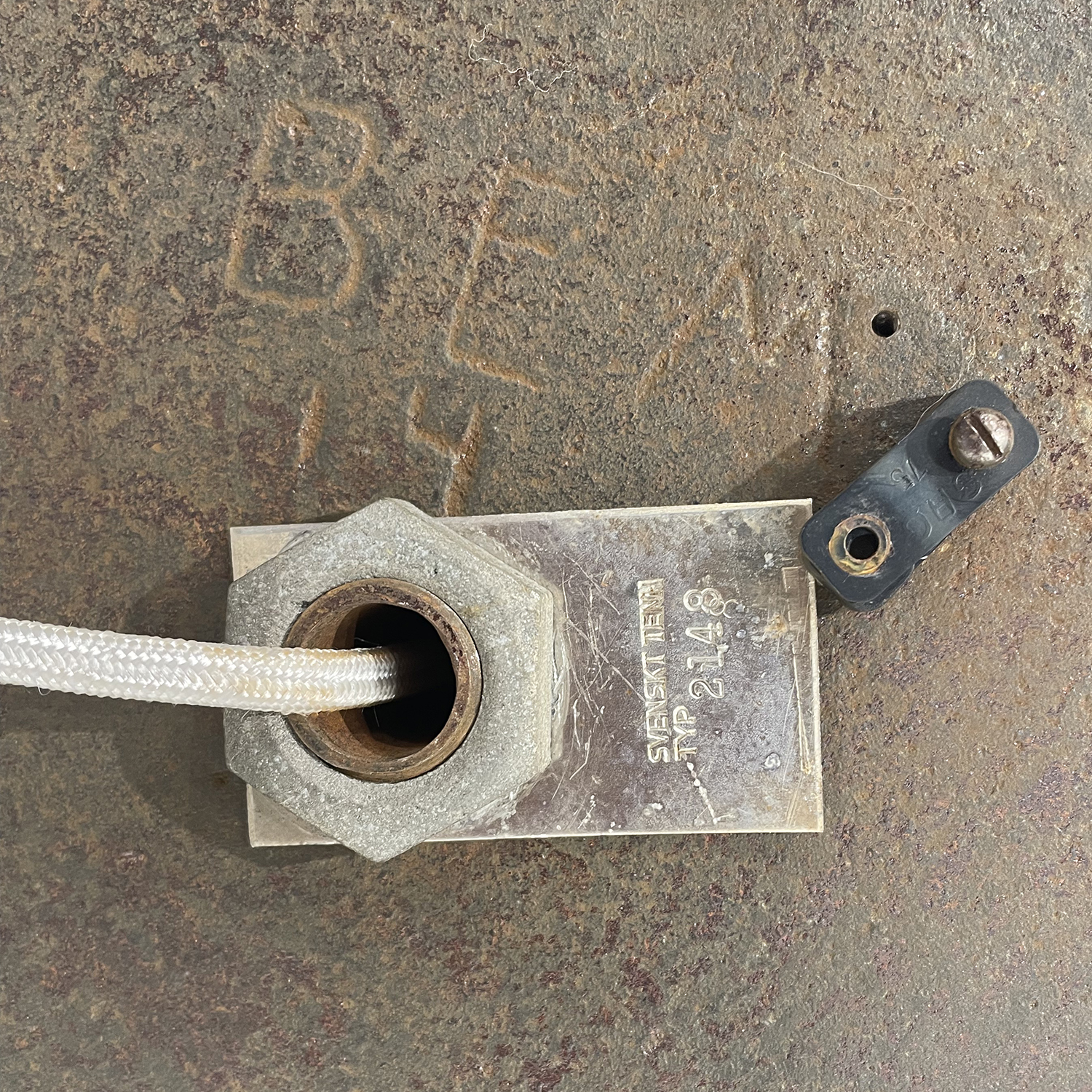 A vintage Mid-Century modern Swedish reading floor lamp with a new withe round shade made of hand crafted polished brass, composed with its original light switches, designed by Josef Frank and produced by Svenskt Tenn in good condition. The Scandinavian light is featuring a four light socket. Model 2148. Signed at the bottom. The wires have been renewed. Wear consistent with age and use. Circa 1950 - 1960, Sweden, Scandinavia.

View all Josef Frank originals in our collection.

Josef Frank was an Austrian architect, artist, and designer born in 1885 in Baden and passed away in 1967 Stockholm, Sweden. Frank studied architecture at the Vienna University of Technology and was a founding member of the Vienna Werkbund. Frank was considered one of the most prestigious designers in the Stockholm Design Company, Svensk Tenn.