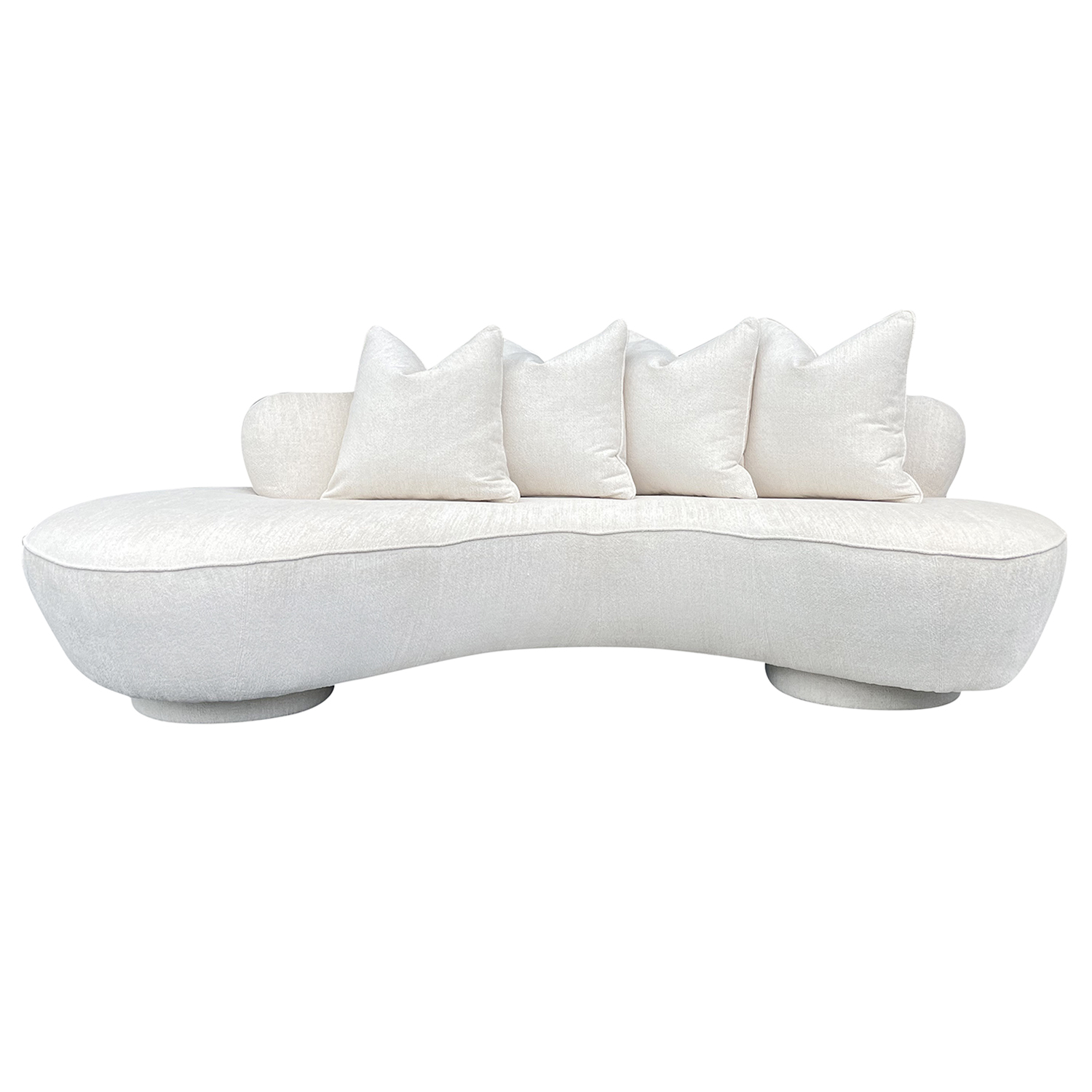 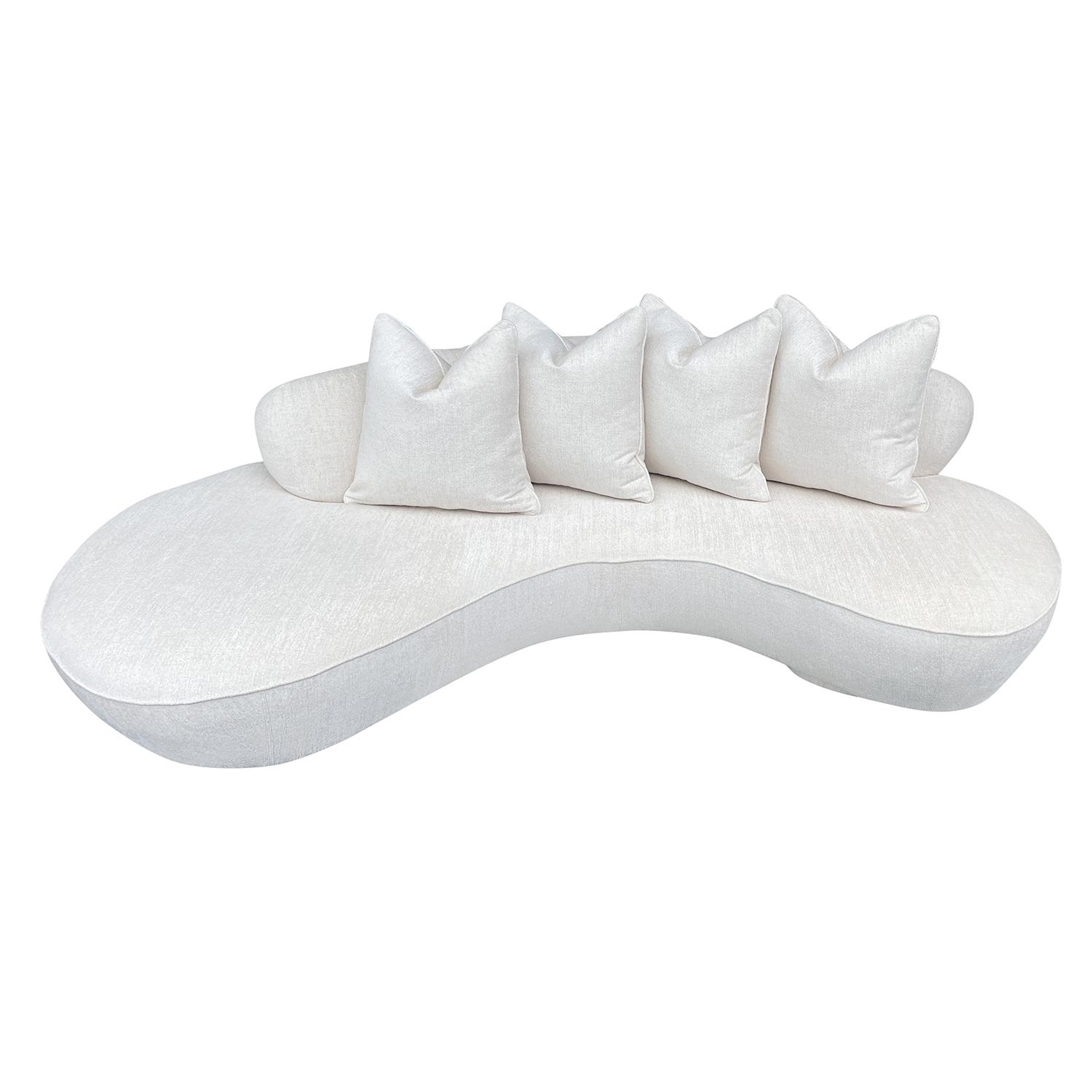 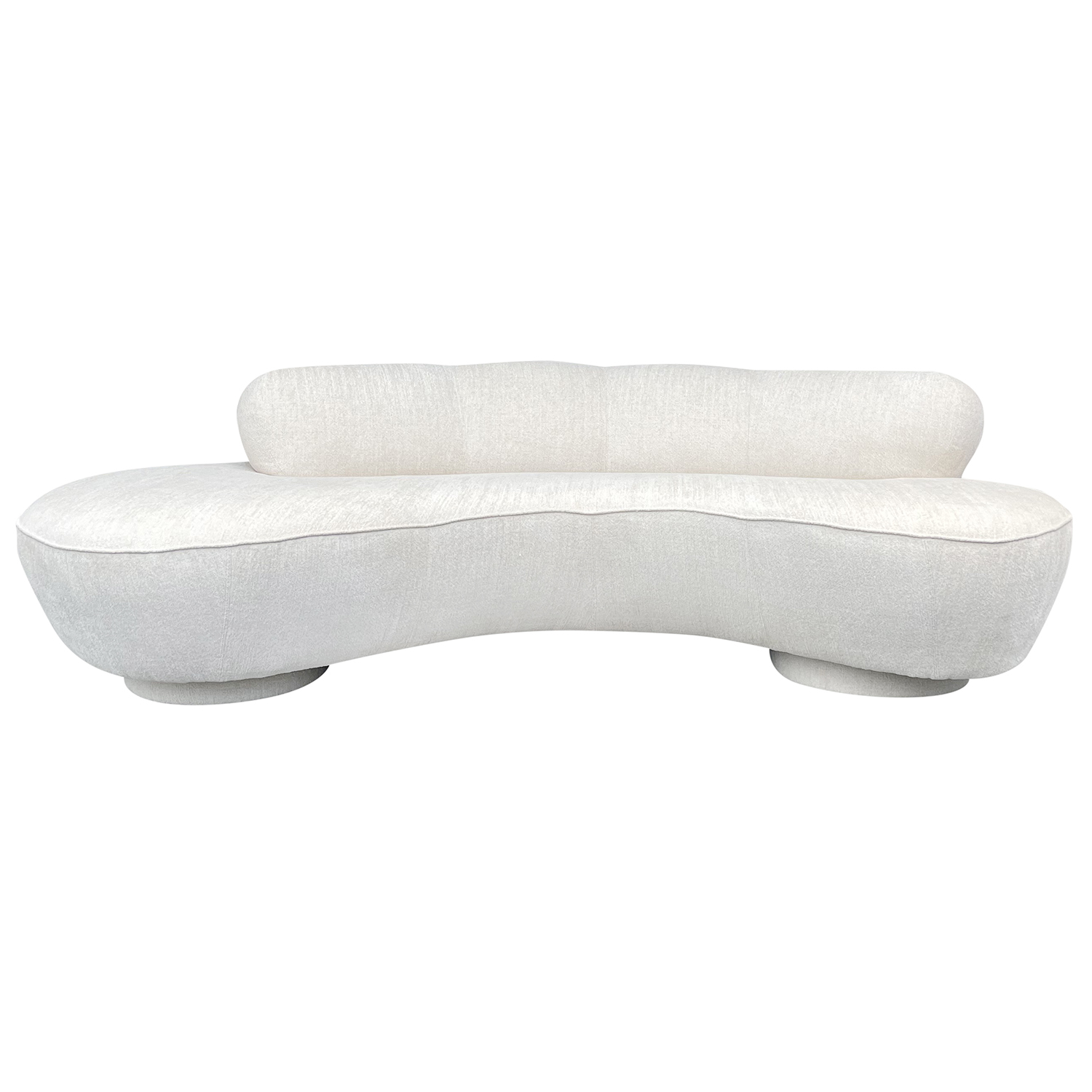 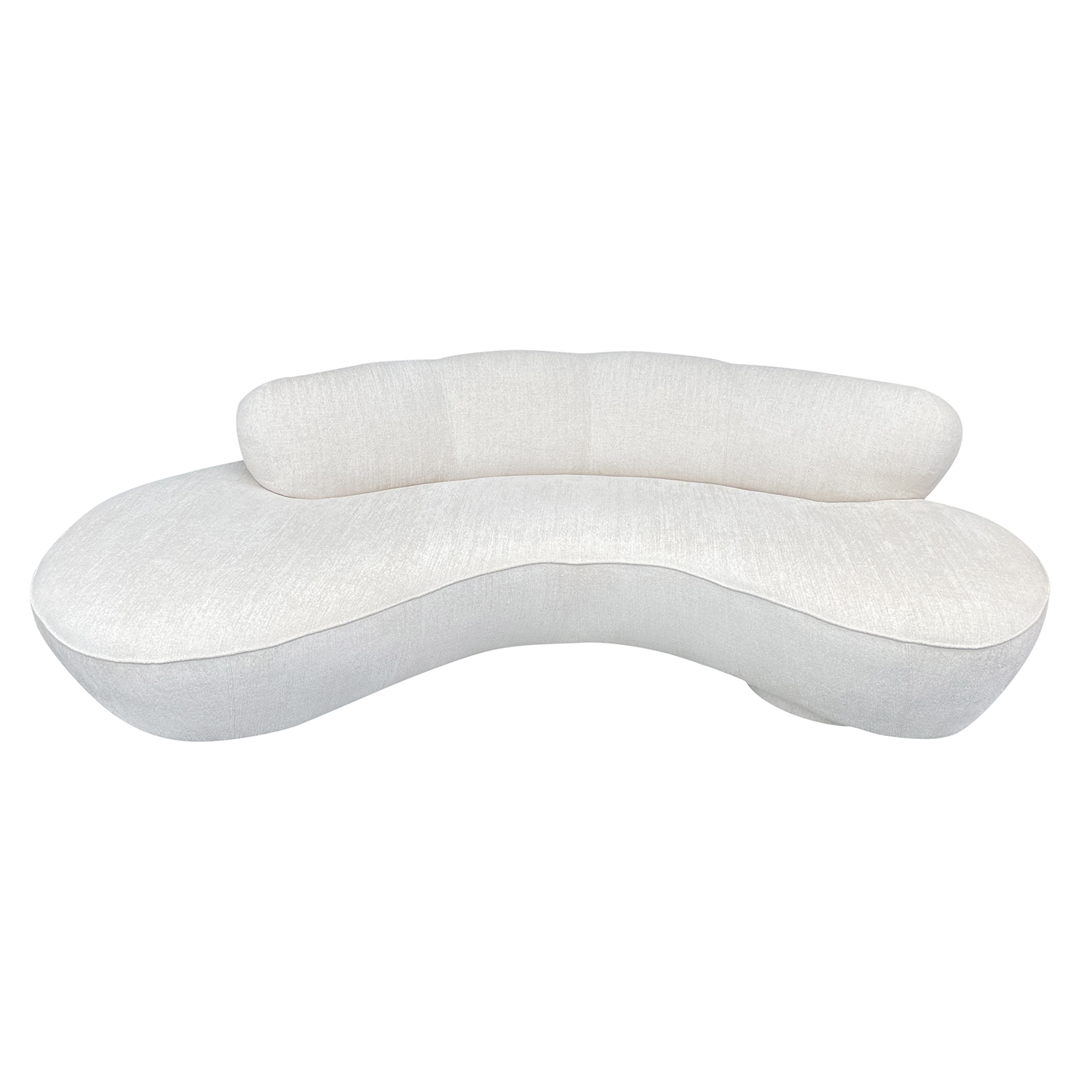 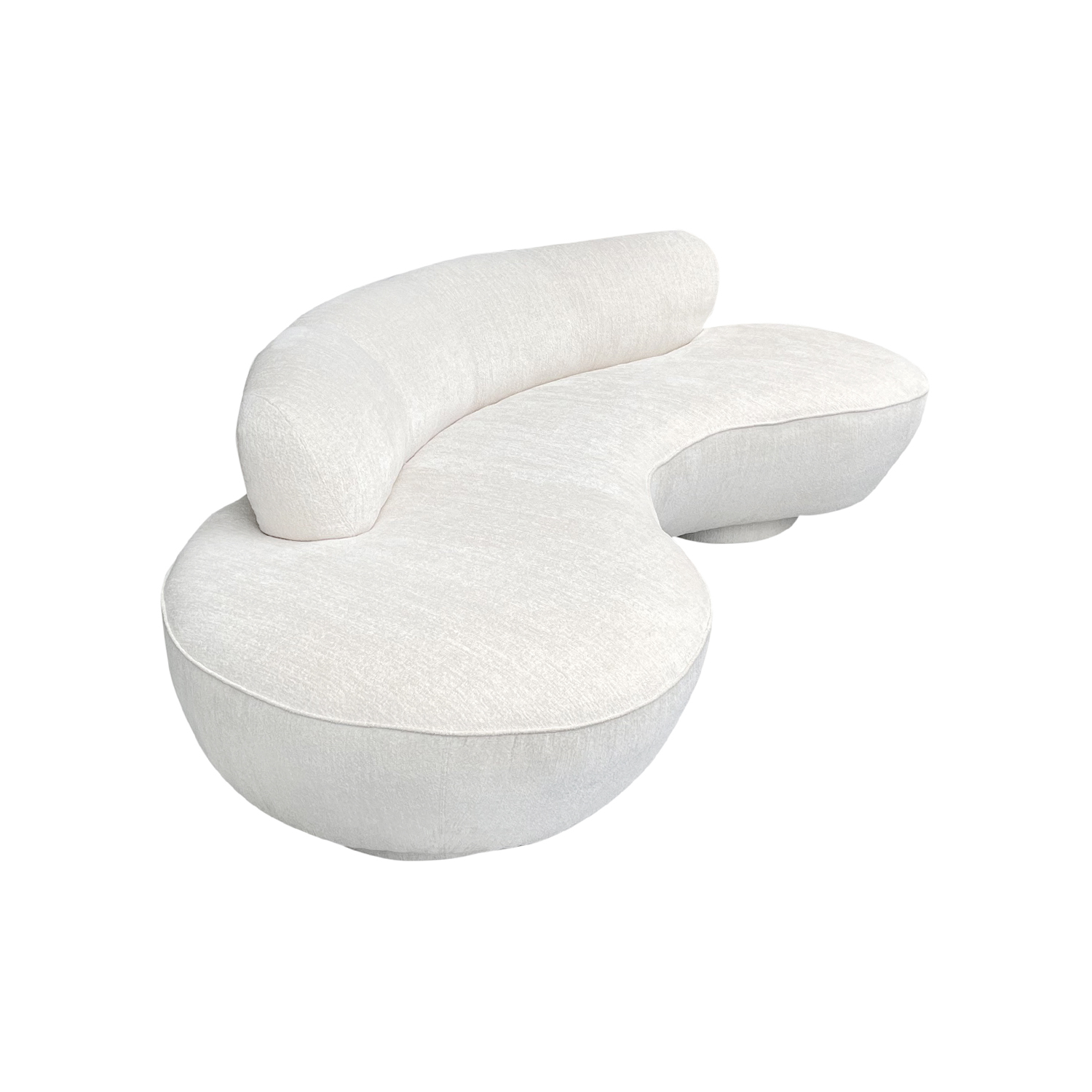 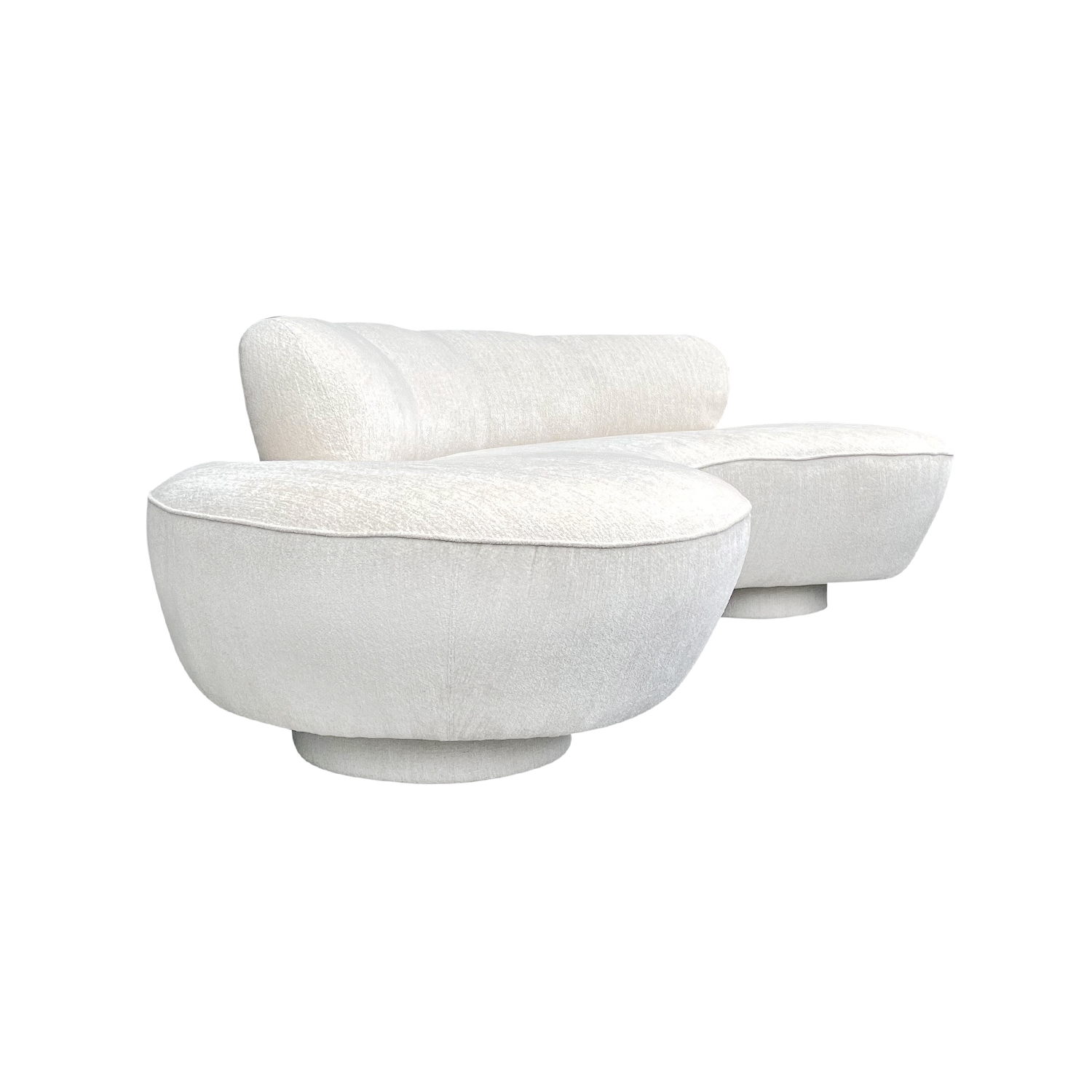 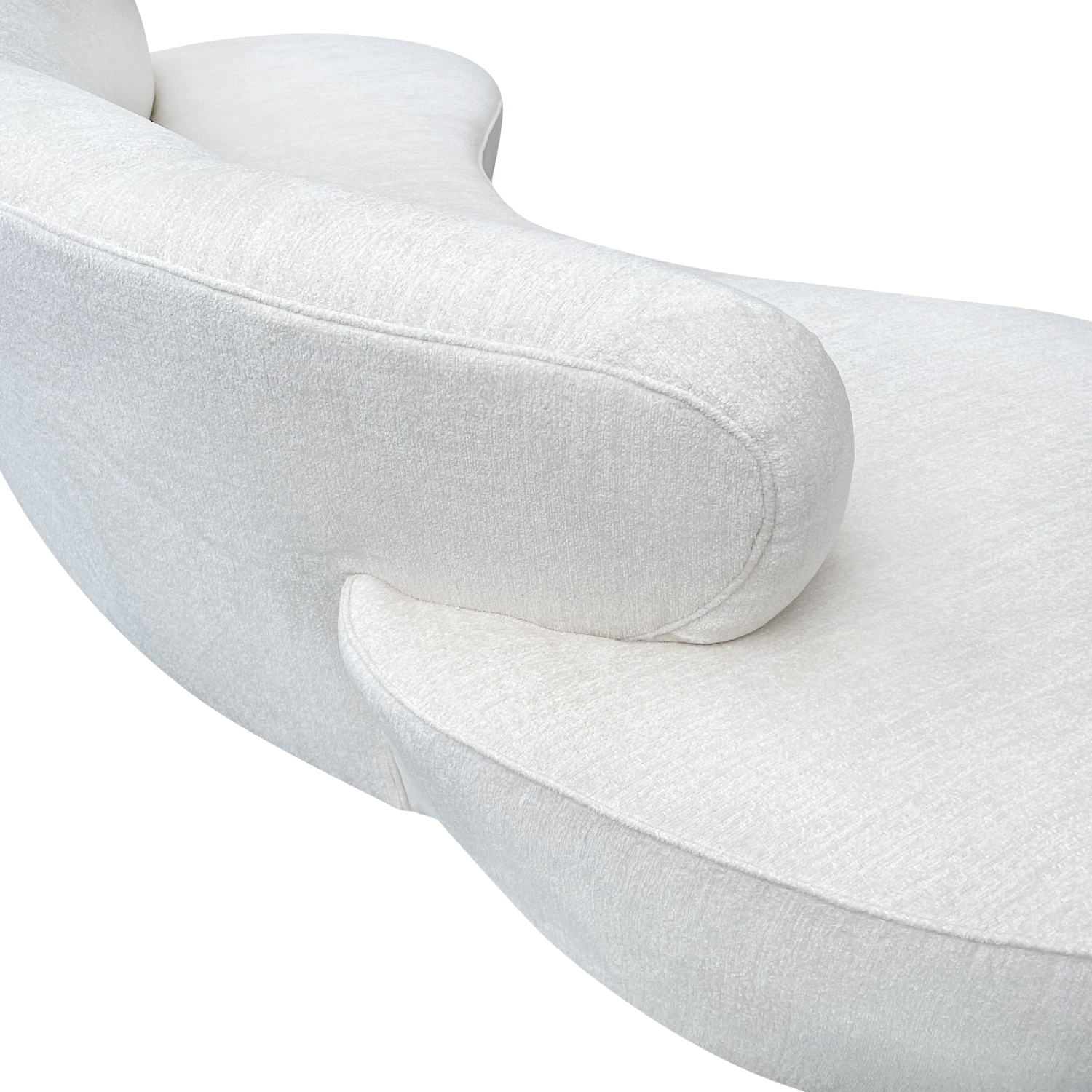 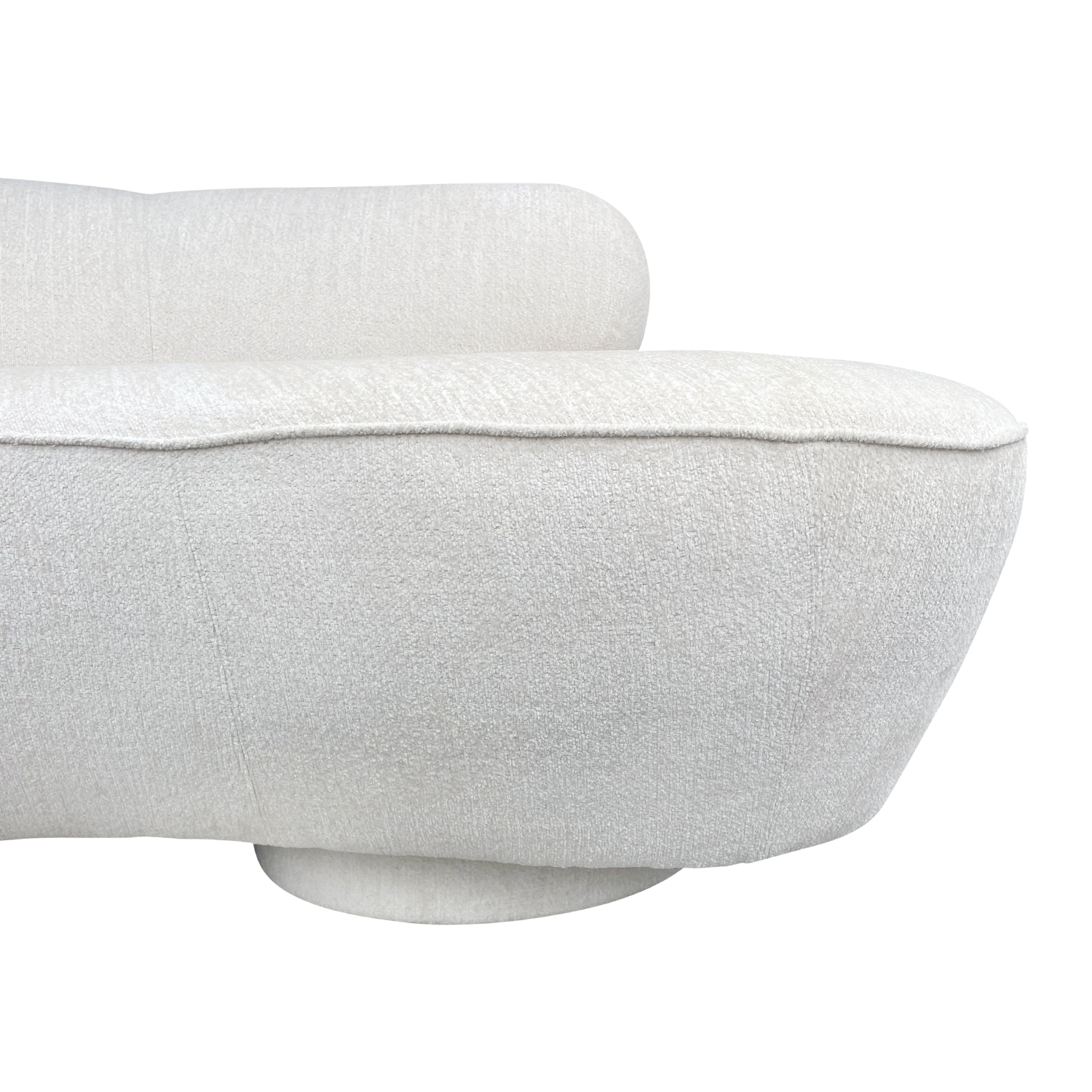 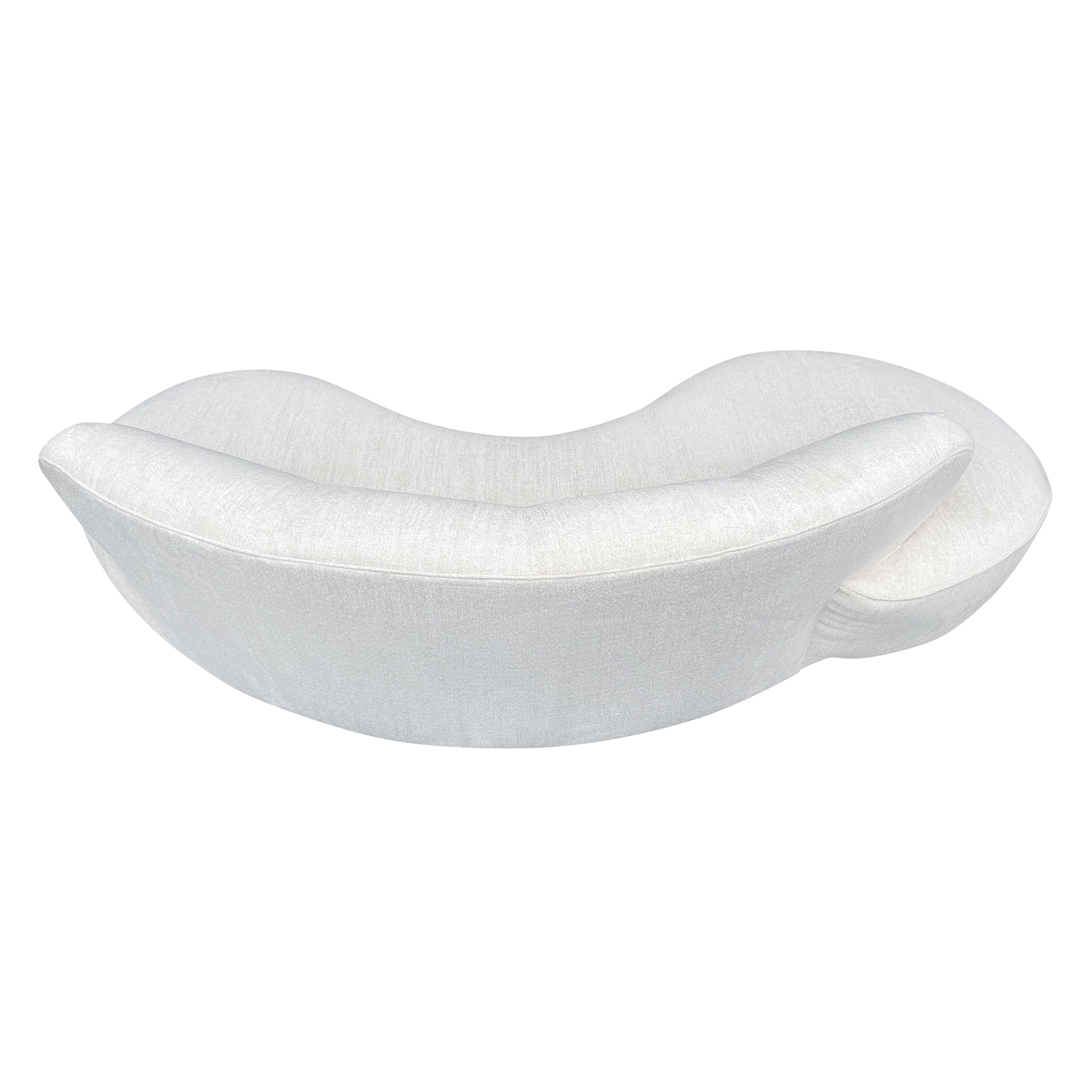 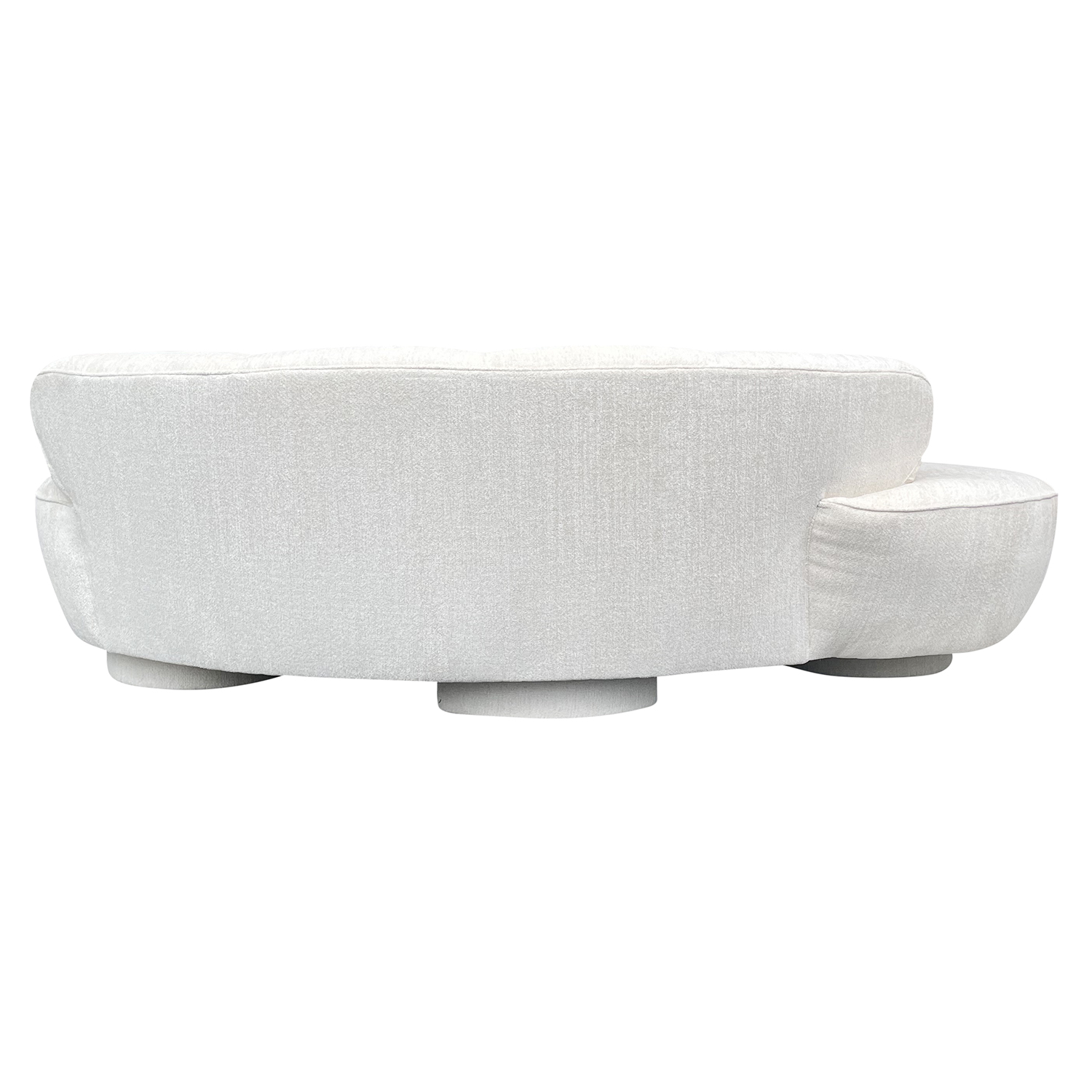 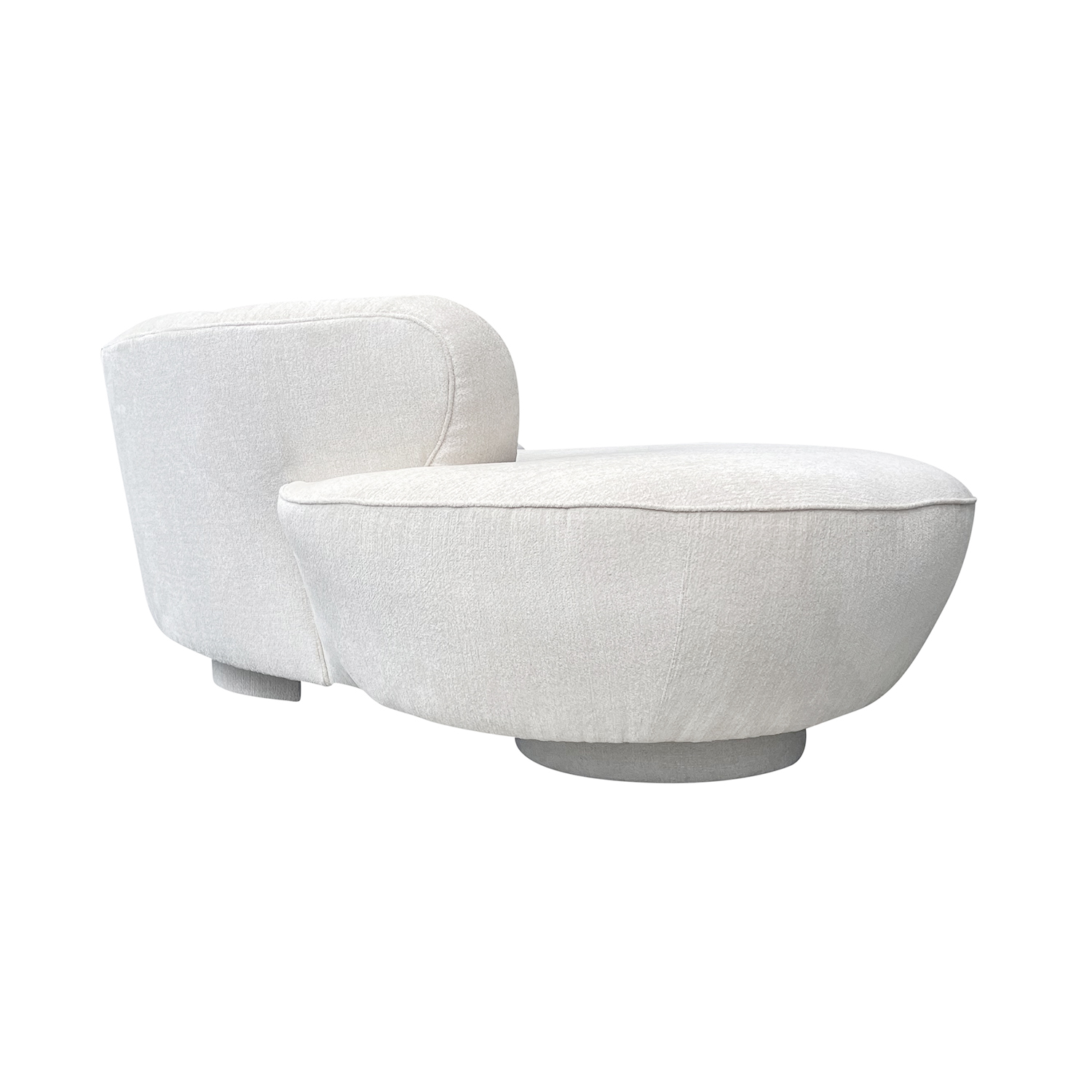 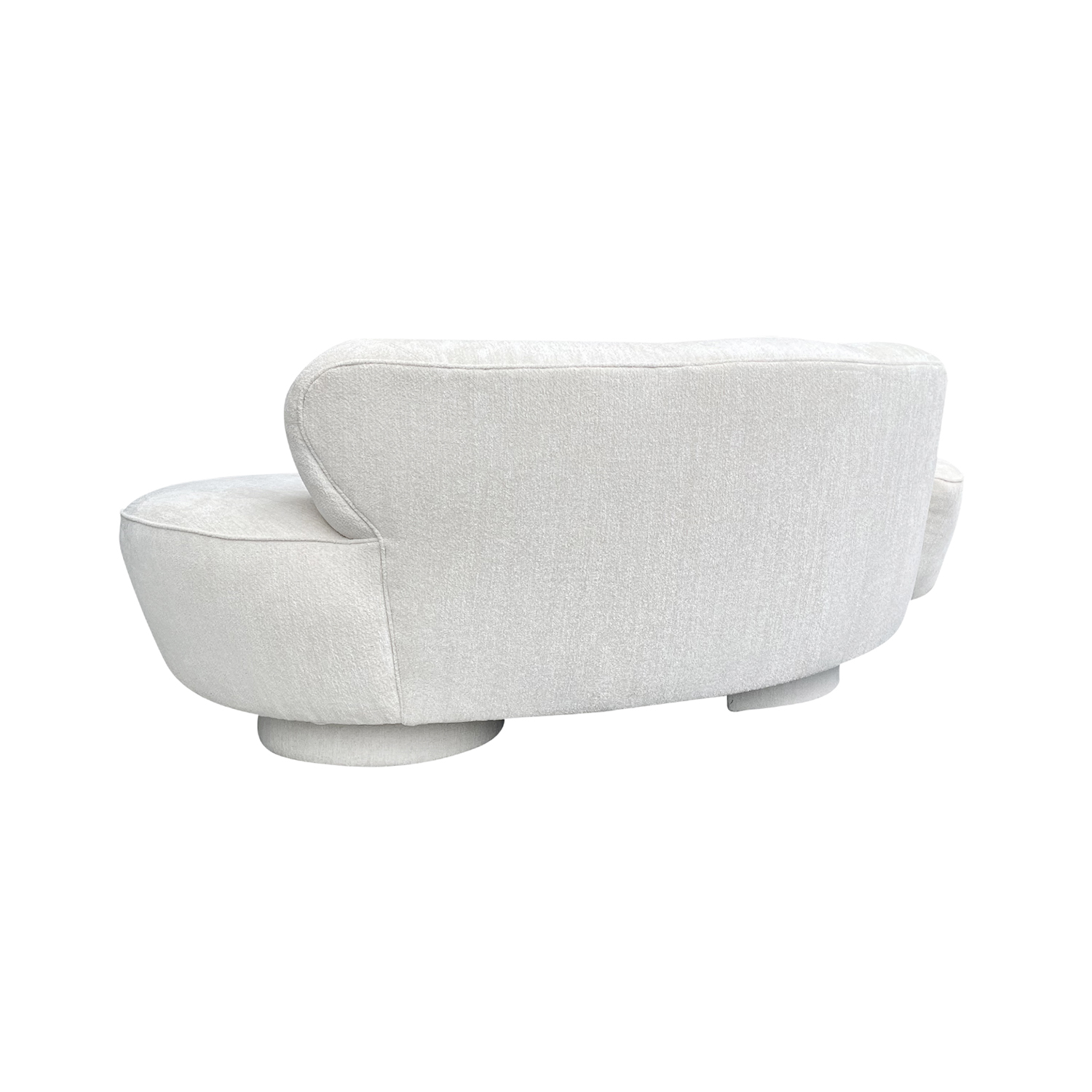 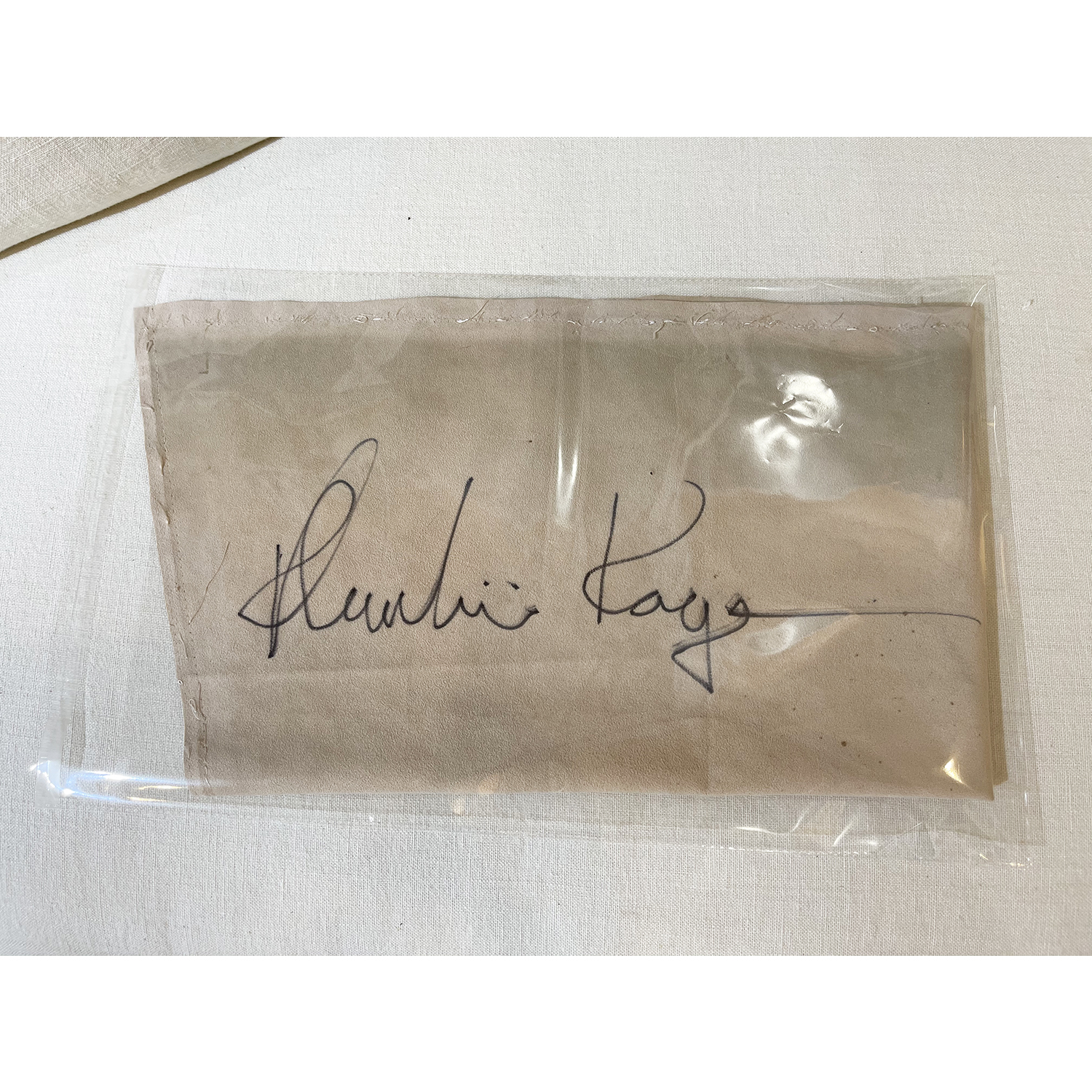 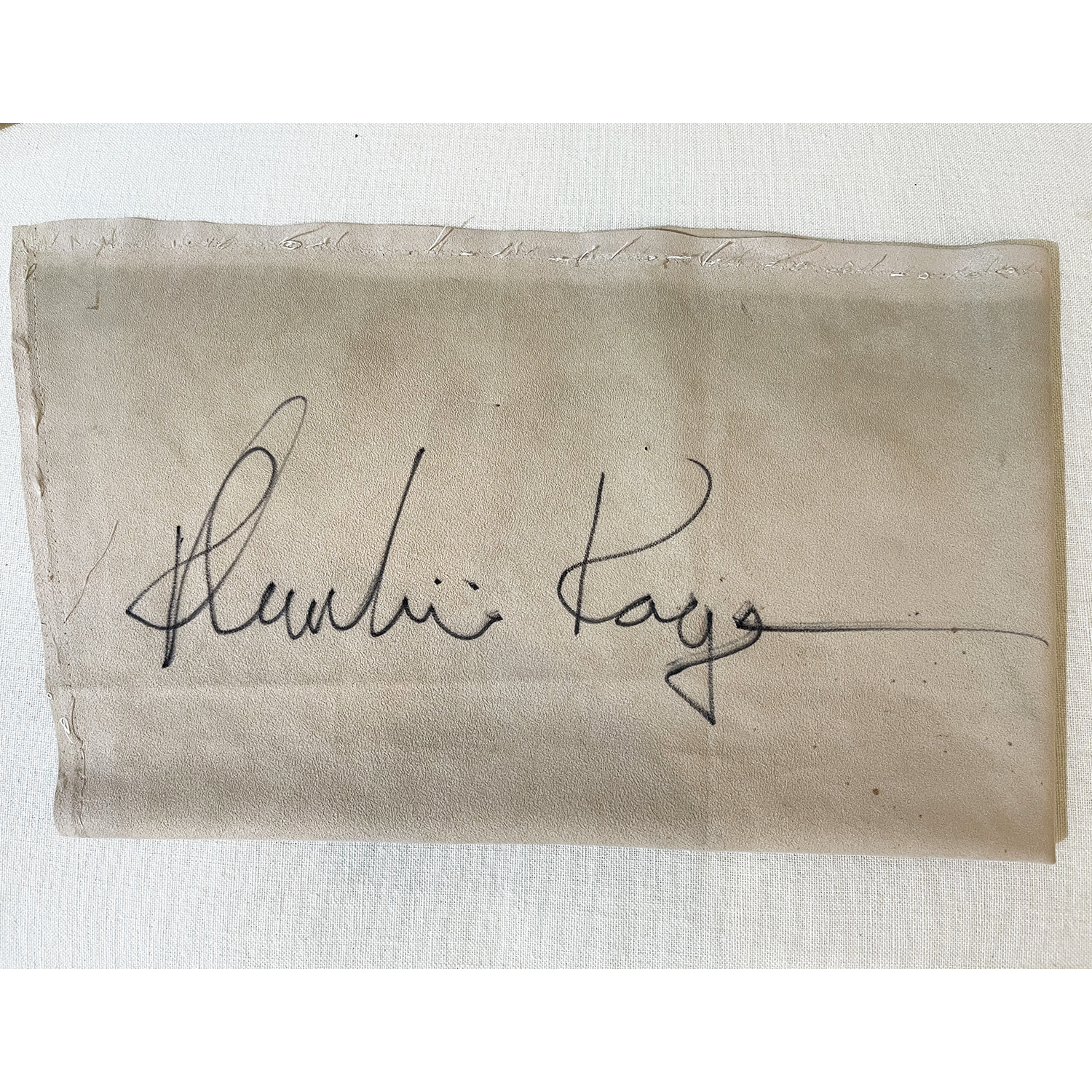 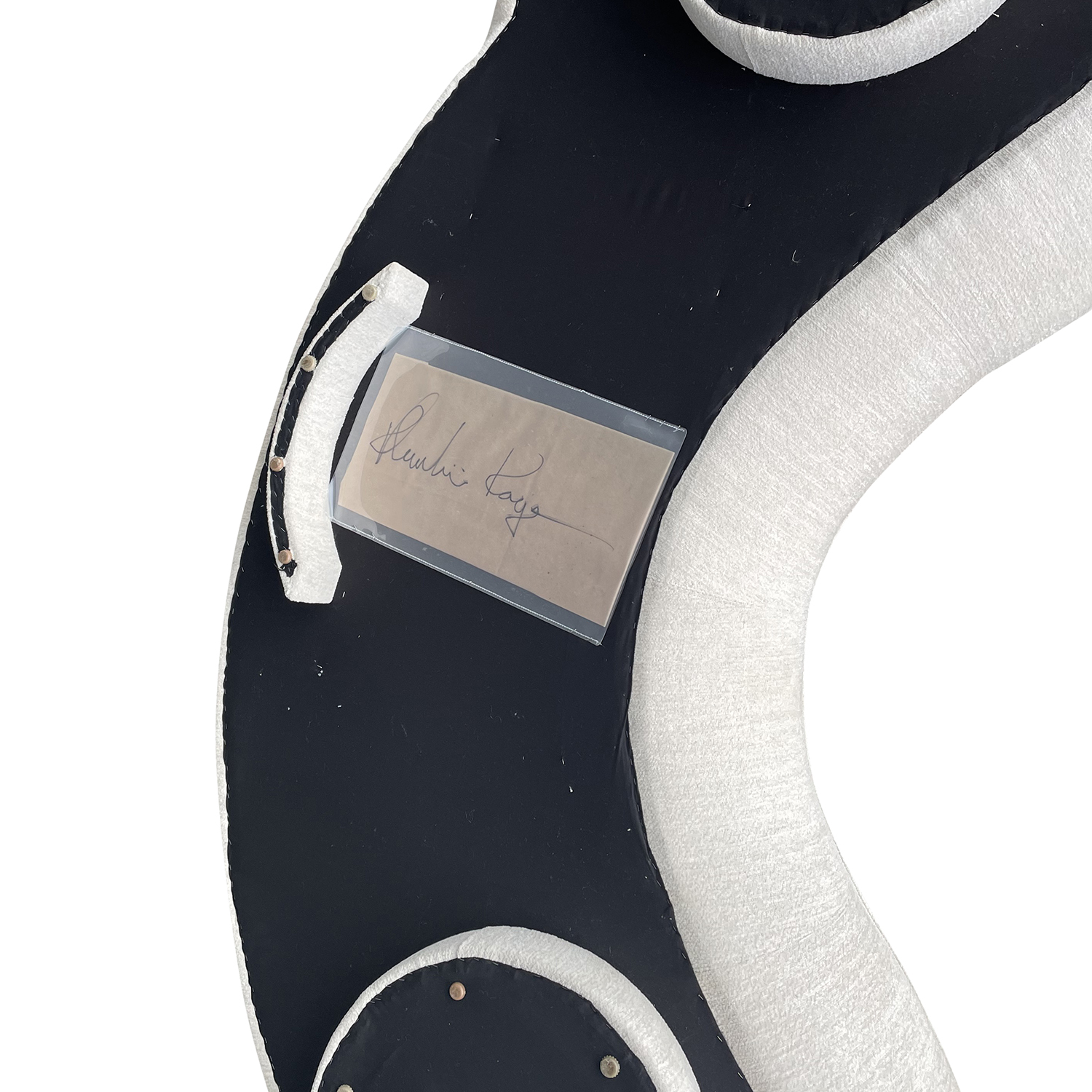 A half-round, vintage Mid-Century modern American three seater sofa or settee with four pillows, designed by Vladimir Kagan and produced by Directional in good condition. The seat back rest of the divano is curved with a wide armrest, supported by two round wooden bases. Newly upholstered in a white cotton fabric. Wear consistent with age and use. Circa 1950 - 1970, United States.

The sofa belonged to the Broadway theatre, as it was used on the set of a Broadway play. The designers of the show were friends with Kagan and asked him to sign the bottom of it.