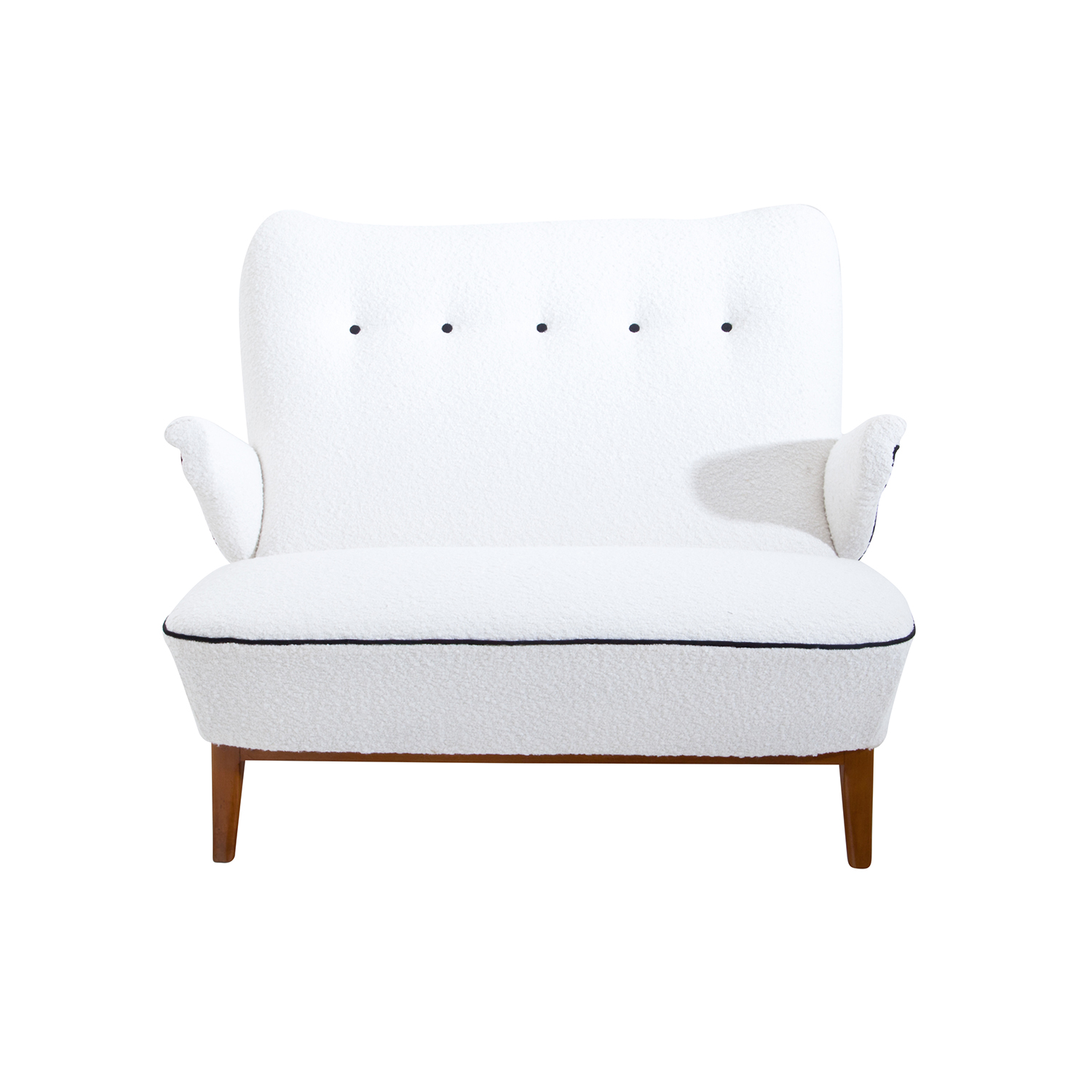 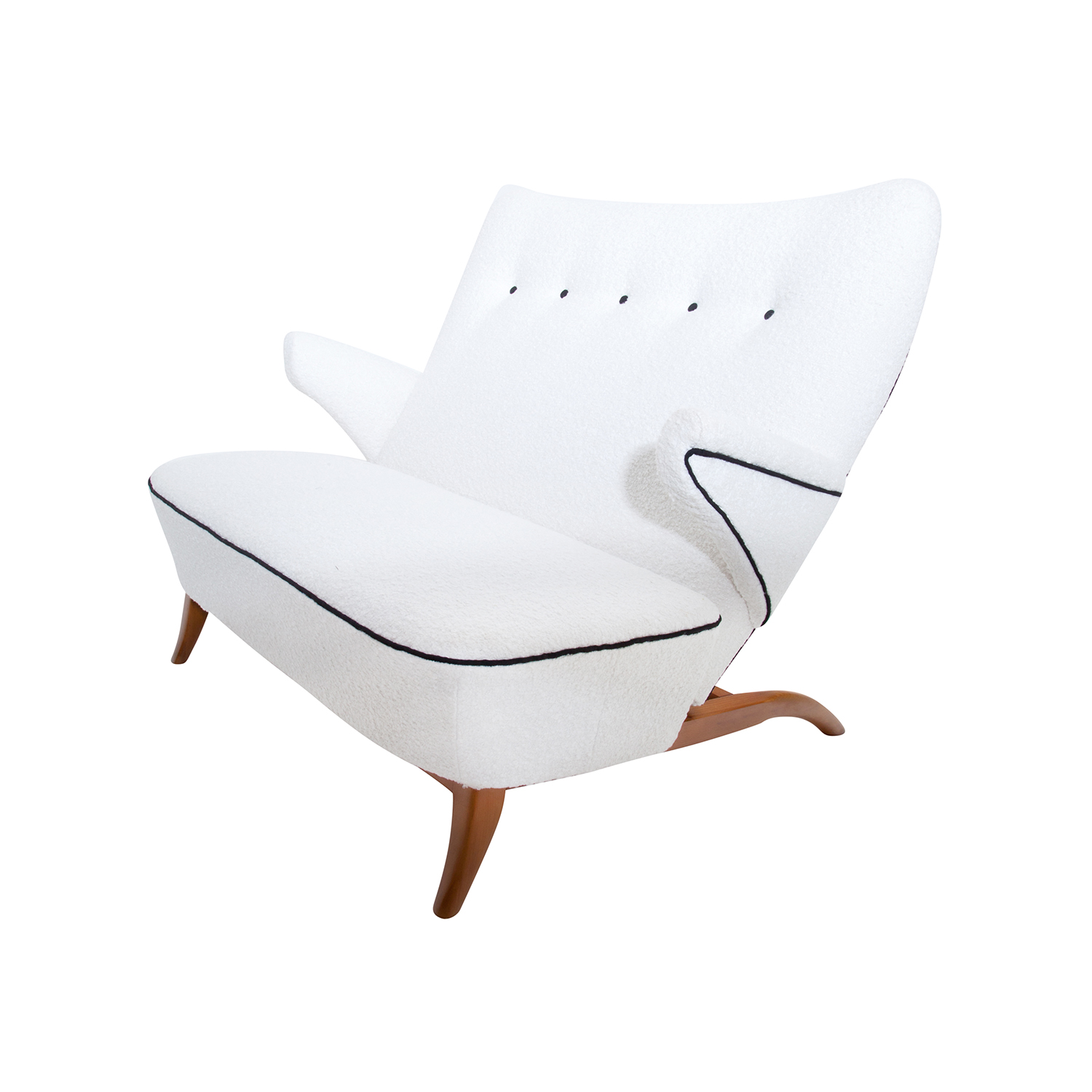 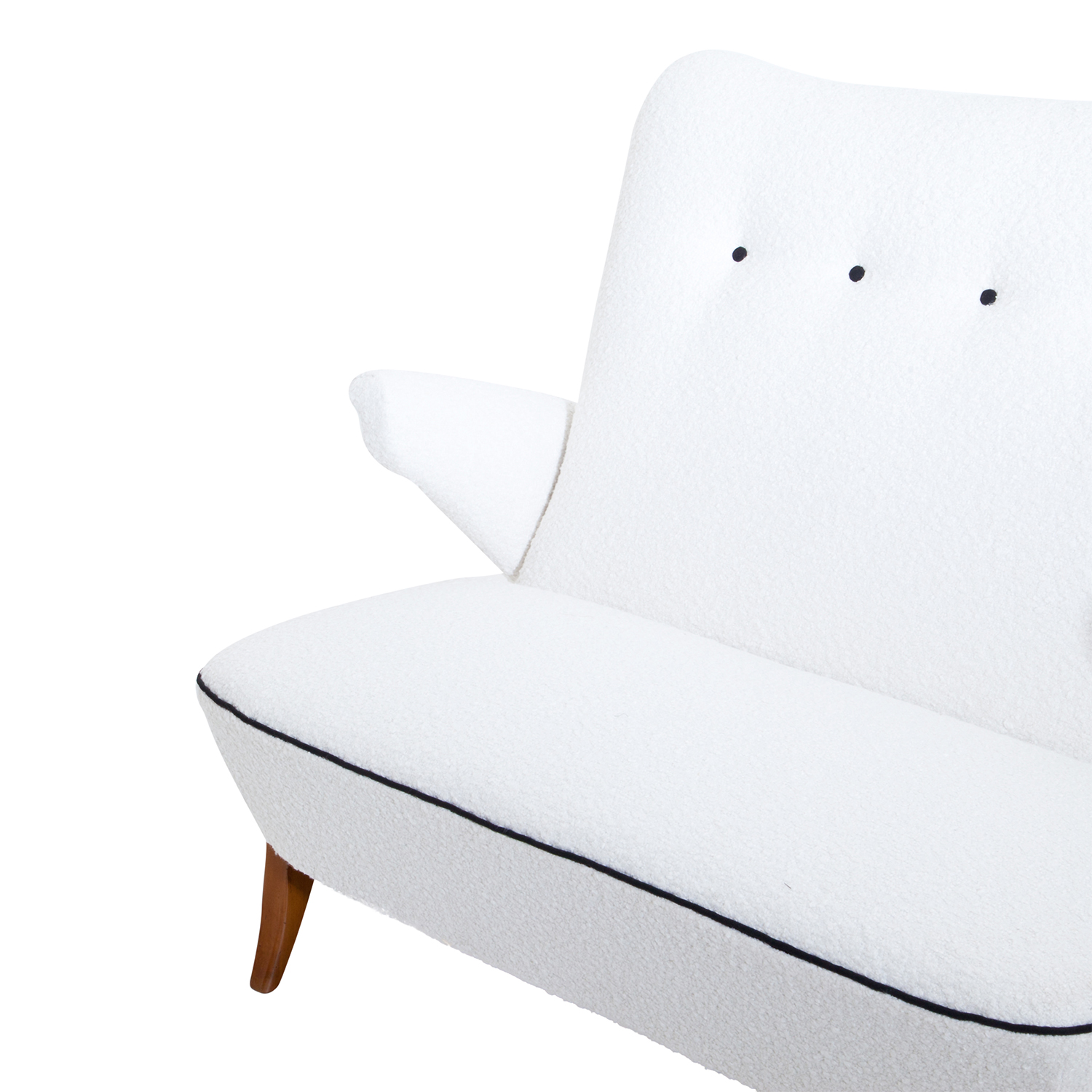 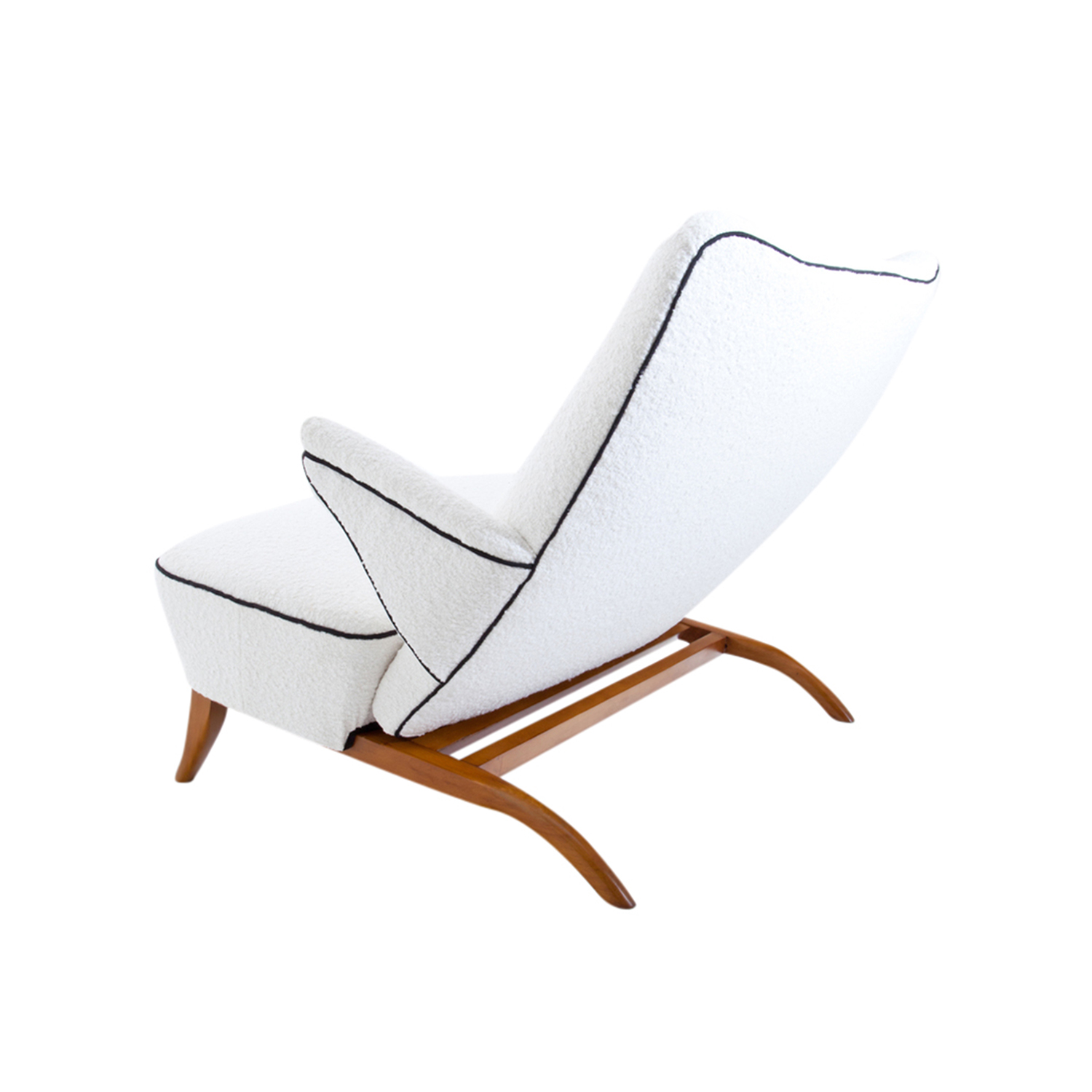 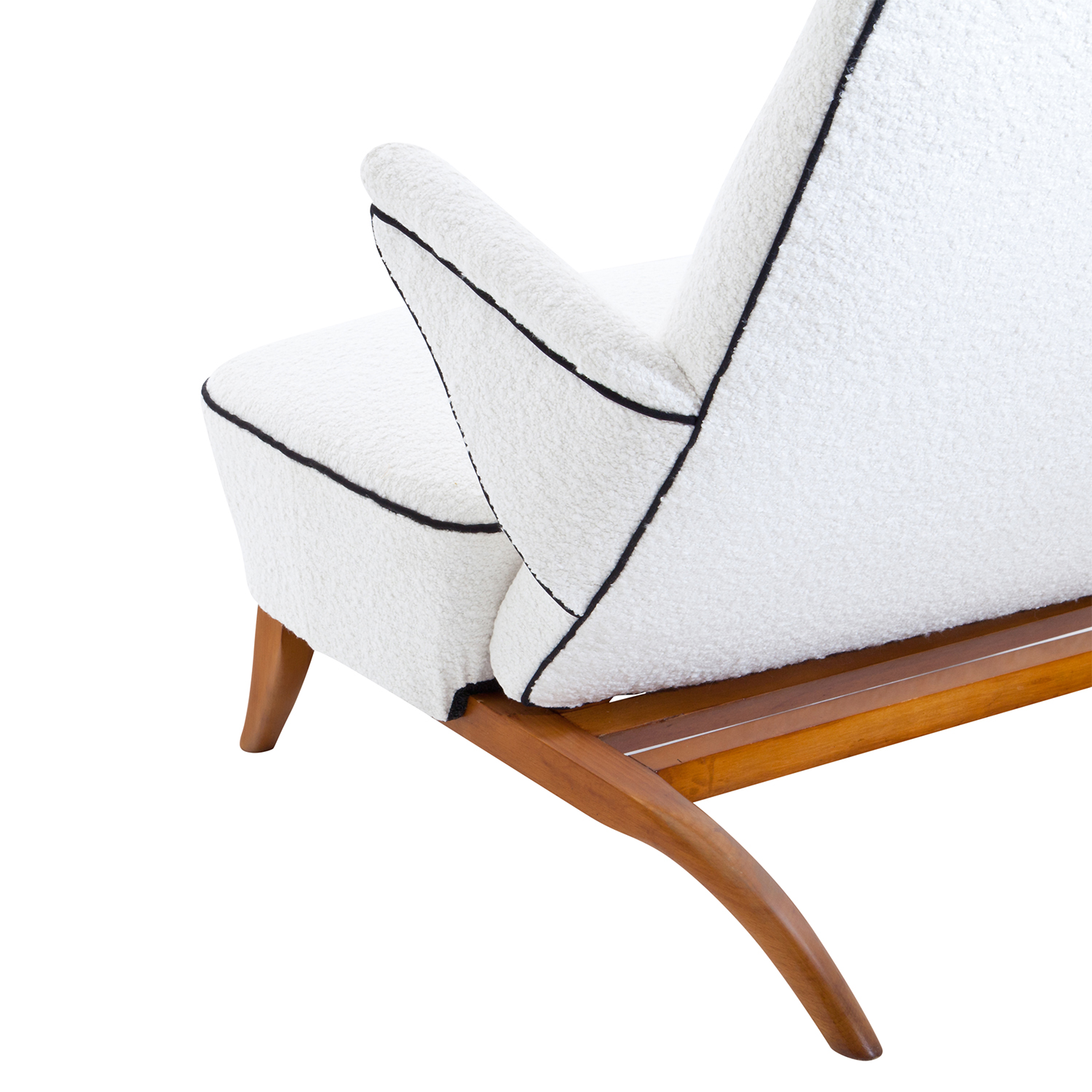 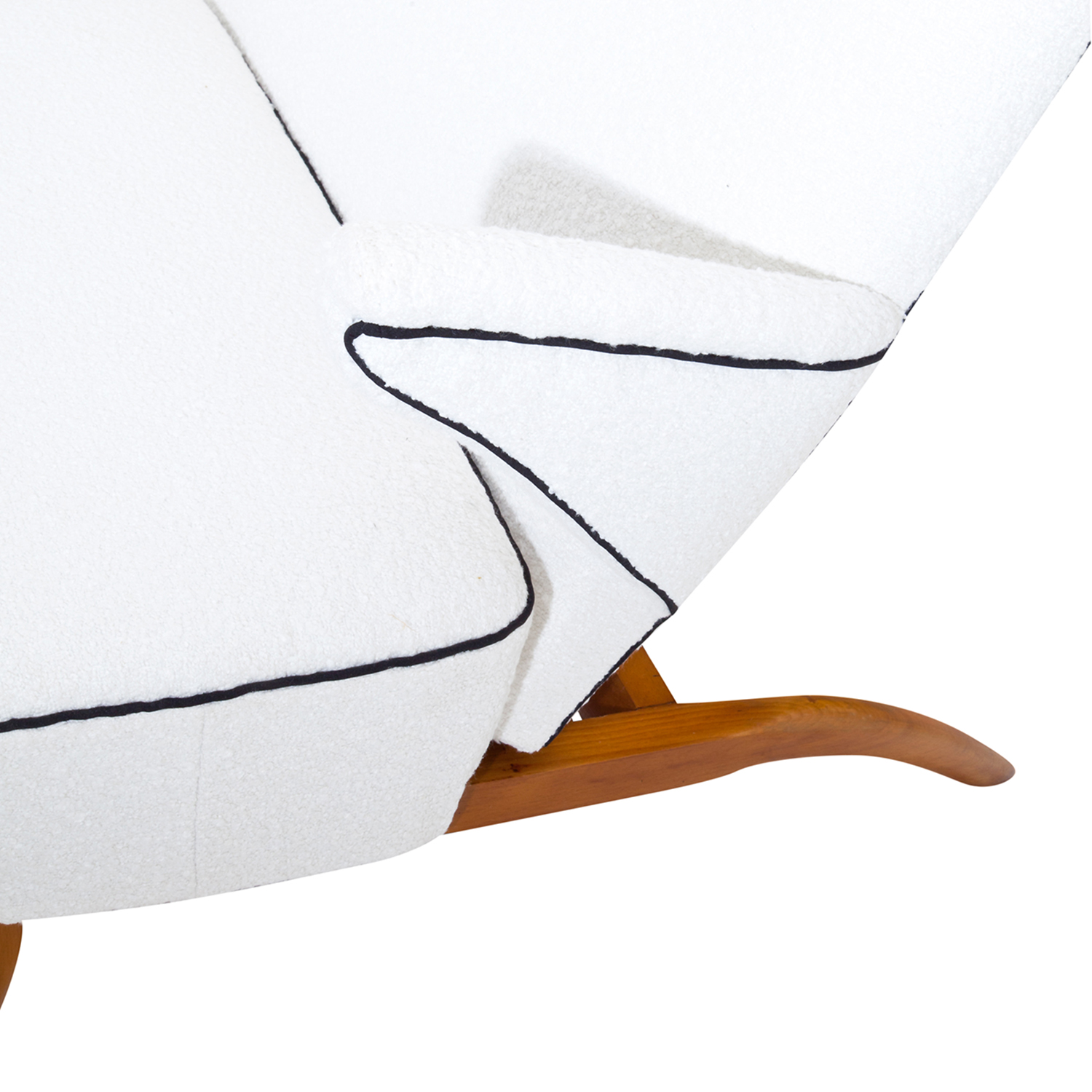 A small, vintage Mid-Century modern Dutch two seater settee designed by Theo Ruth and produced by Artifort, in good condition. The seat backrest of the Congo sofa is reclined and adjustable, it can be tilted in two stages by simply repositioning it with two slim, short armrests, detailed with black piping and buttons, supported by four curved Cherrywood feet. Newly upholstered in a white bouclé fabric. Wear consistent with age and use. Circa 1950, The Netherlands.

View all Theo Ruth originals in our collection.

Theo Ruth was a Dutch designer born in 1915, in the Netherlands and passed away in 1971. He studied at the The Maastricht Institute of Arts. In 1936, Ruth started working, designing for the Dutch furniture manufacture Artifort. Later on, in 1939, he became the director of design and stayed at the company until his death. One of his most important works, design was the Congo chair in 1952 and the Penguin chair in 1957. During his life time, he worked together with the well-known French designer Pierre Paulin and the British designer Geoffroy Harcourt.

Artifort is a Dutch furniture manufacture, upholsterer founded in 1890, in Maastricht, The Netherlands by Jules Wagemans. Artifort is a word from the Latin, 'ars', it means art or knowledge, and 'fortis' means strong or powerful. At the beginning, they have used for the upholstery, the filling for the furniture straw, horsehair and kapok. Many well-known designers and artist have worked and designed for Artifort, such as the Indonesian designer Kho Liang Ie and the French designer Pierre Paulin, etc.