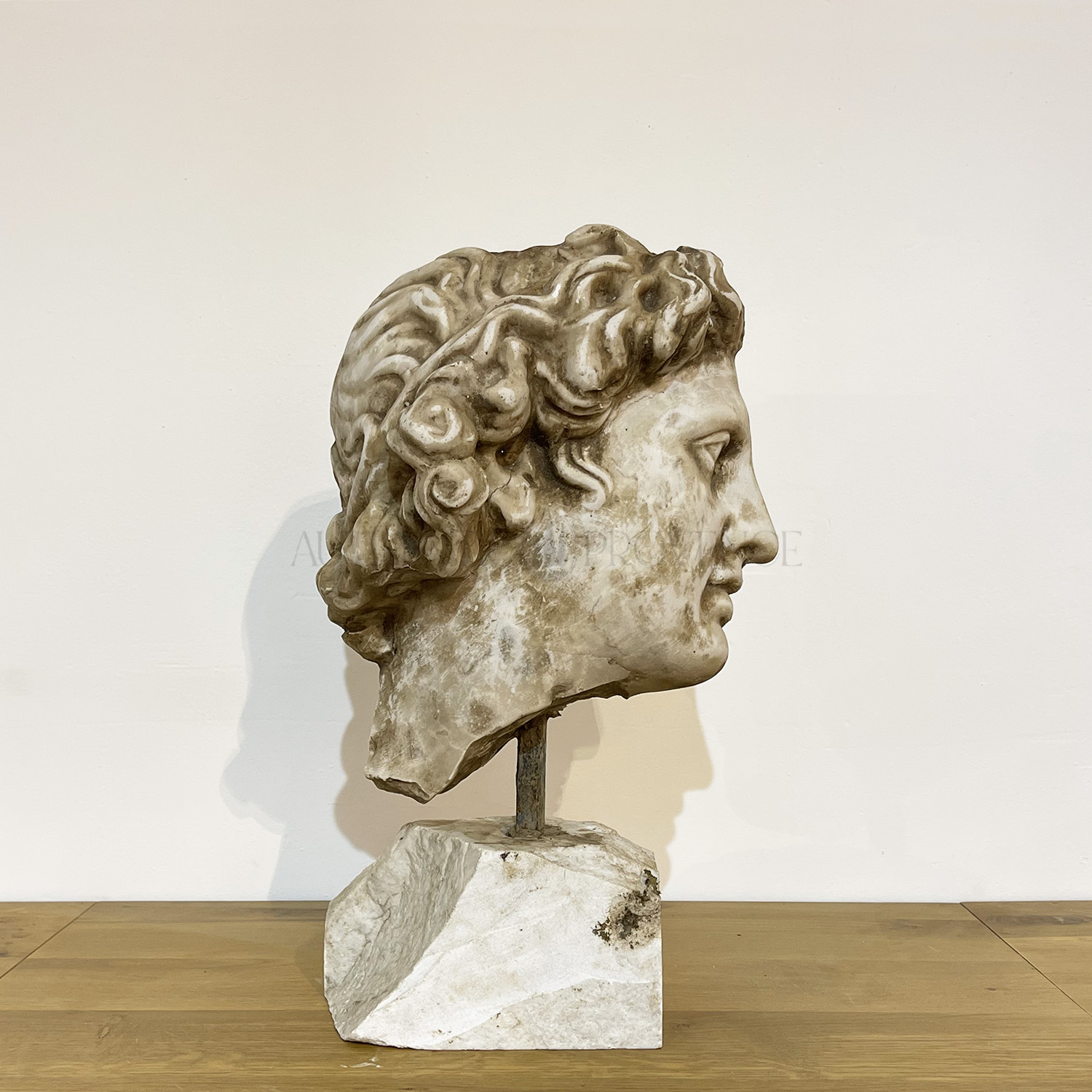 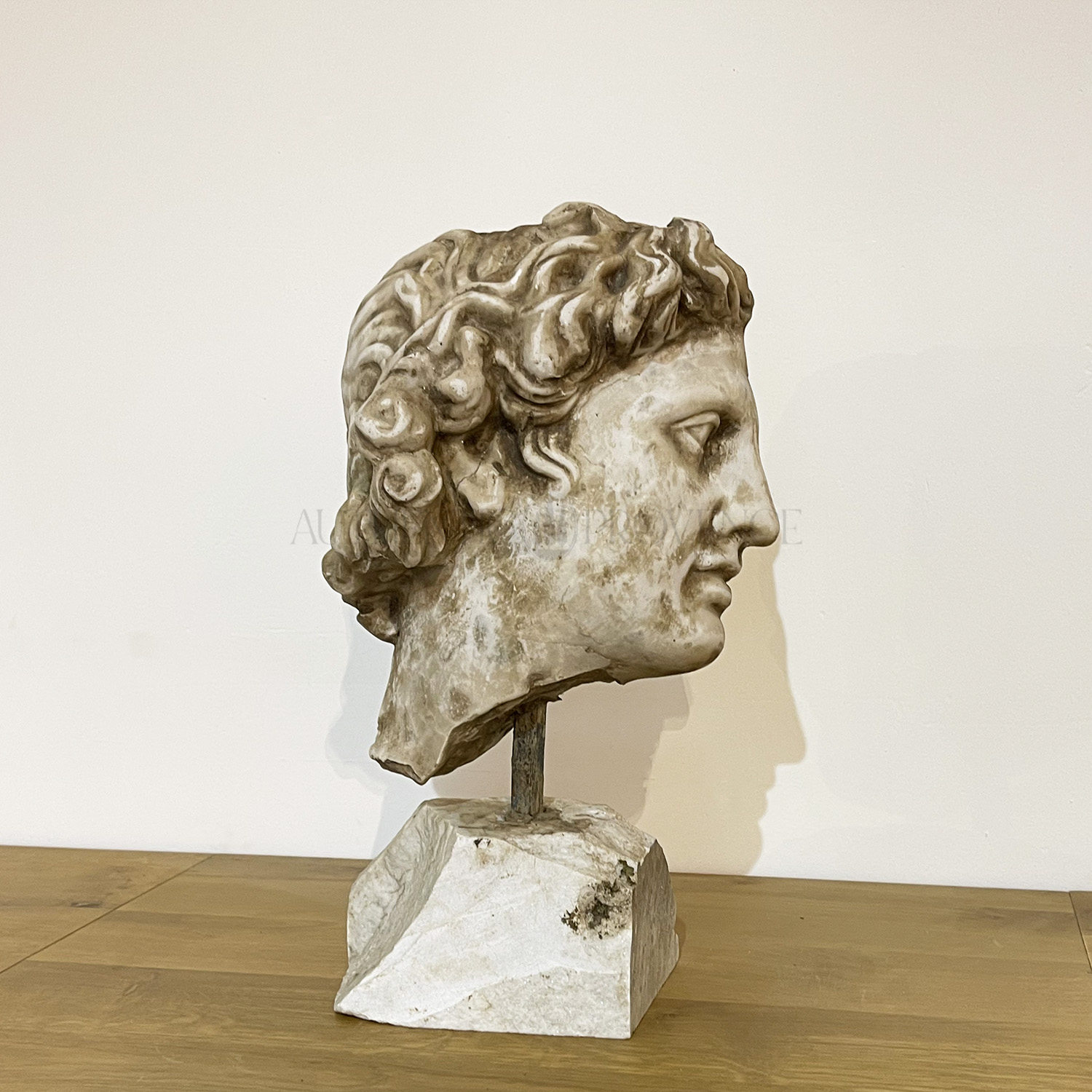 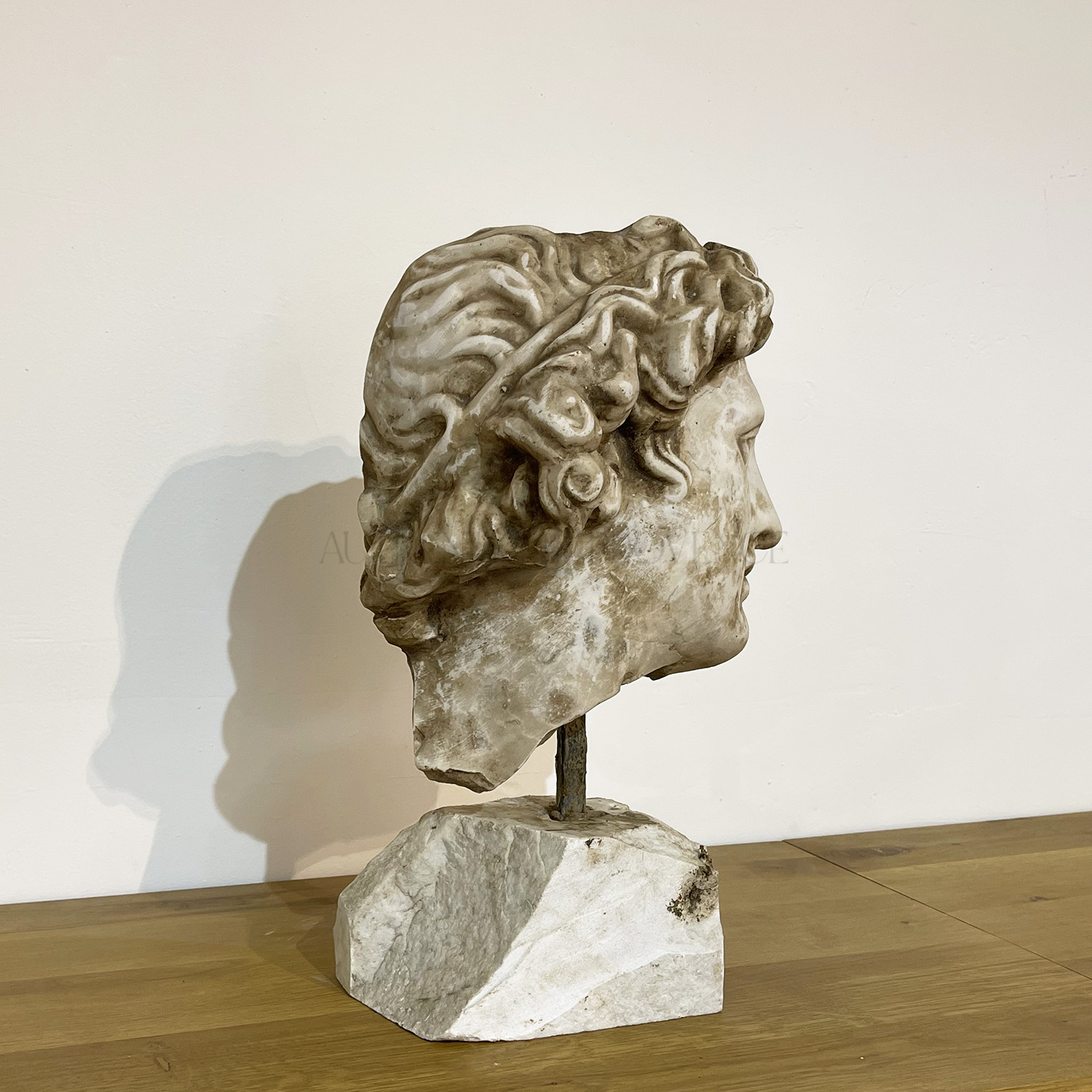 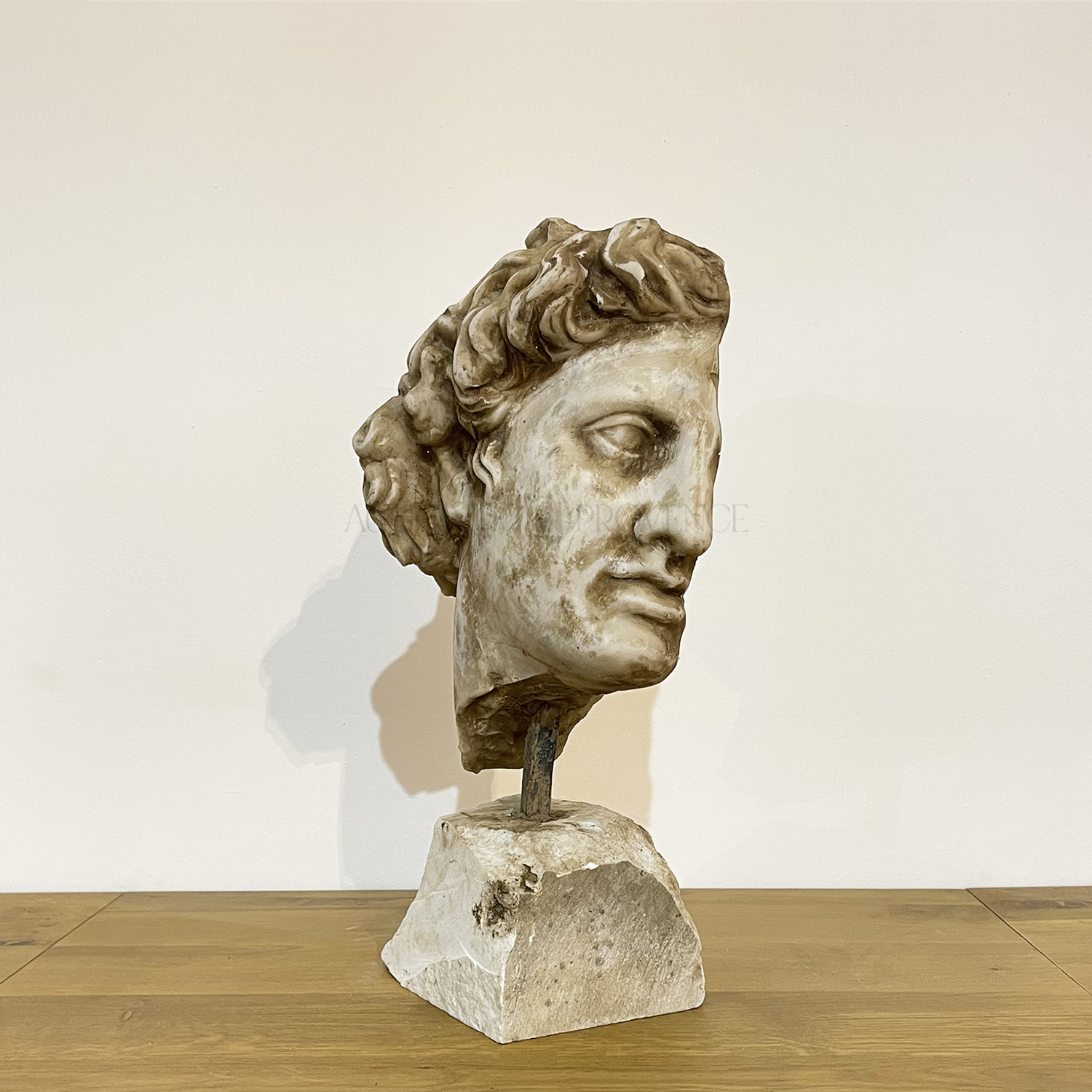 This stone fragment depicts Alexander the Great. This hand carved fragment of the Macedonian King is mounted on a rough marble base. At age 19, he conquered the greatest empire of the ancient world. He became a legend in history and still remains one of the most illustrious figures, two millennia after his death. Circa 18th century, France. Wear consistent with age and use.