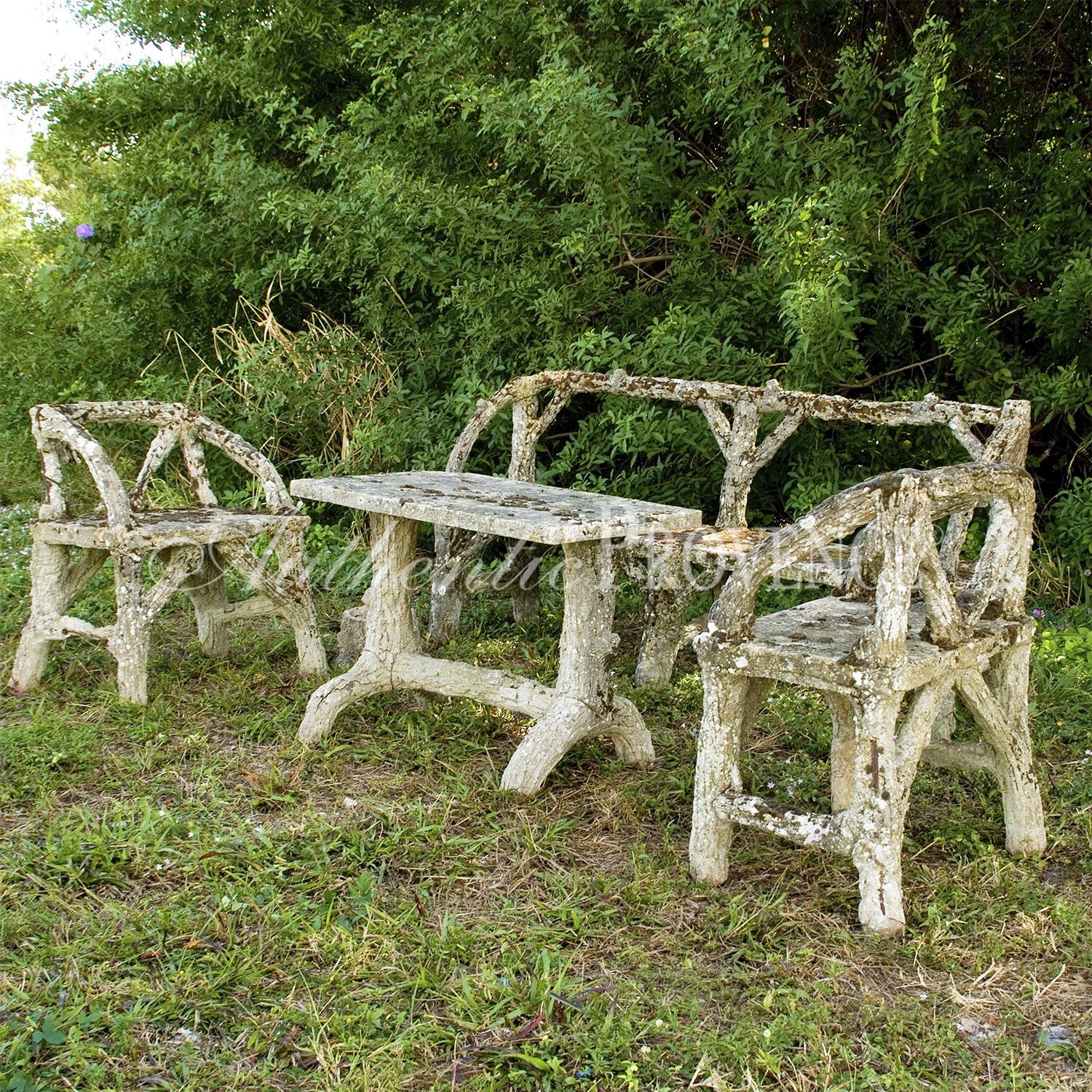 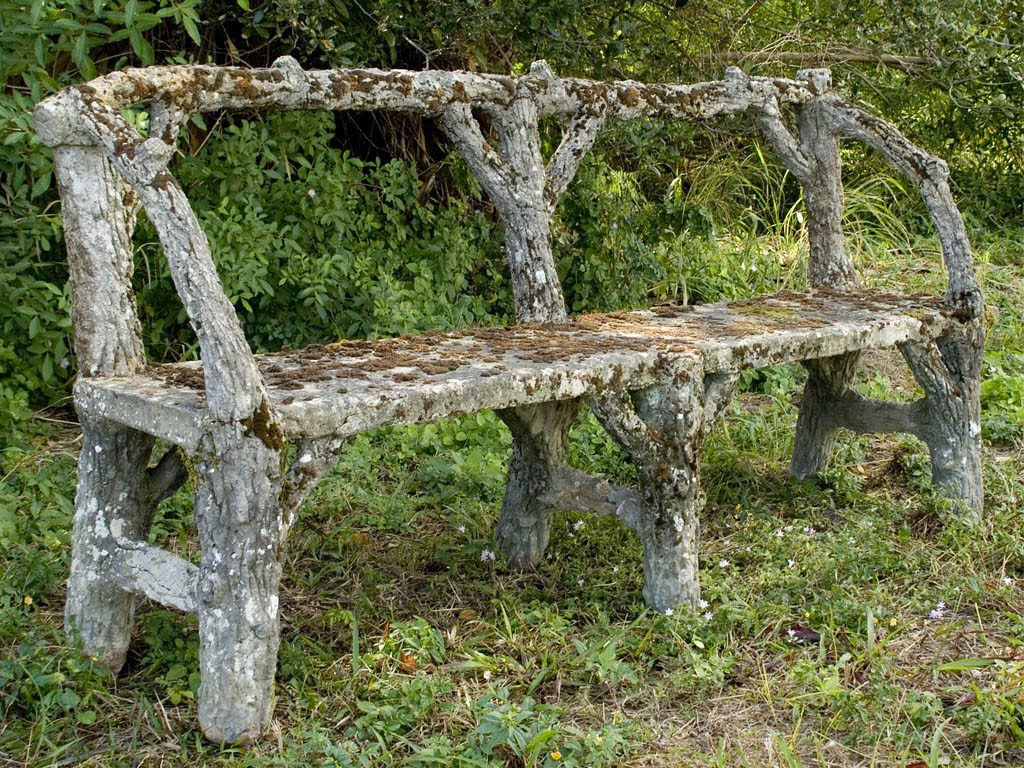 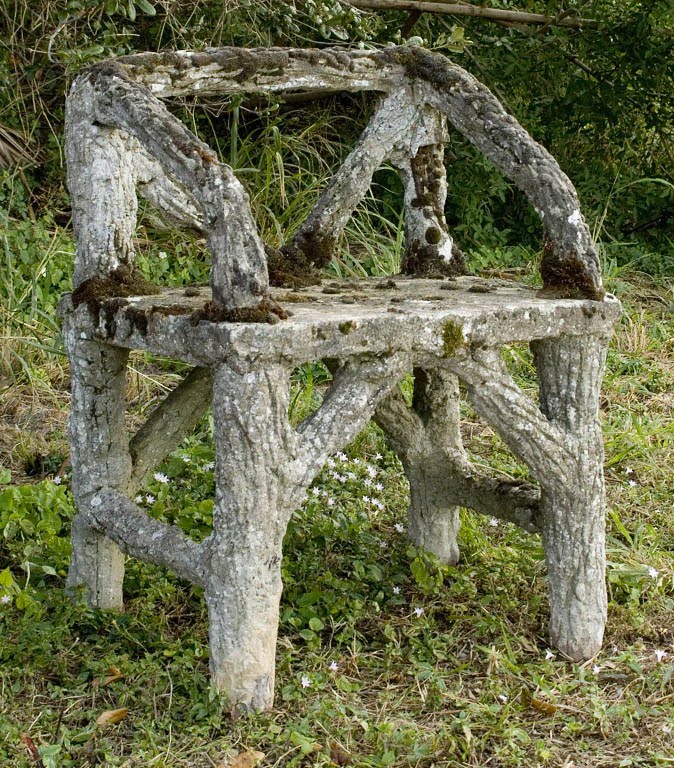 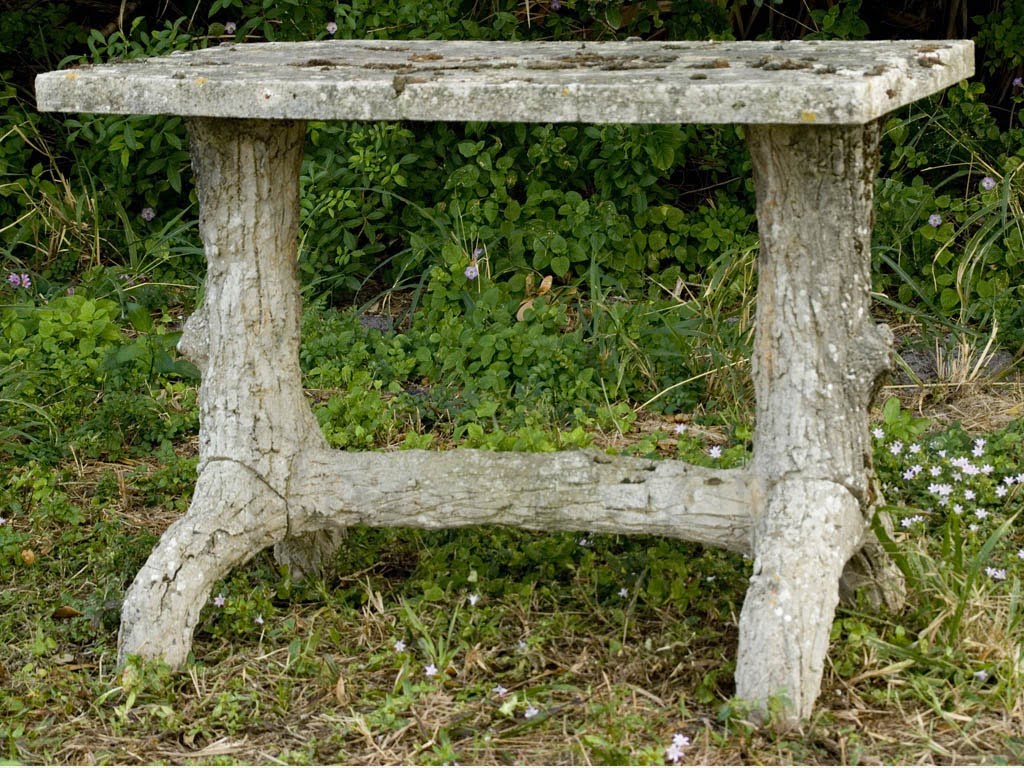 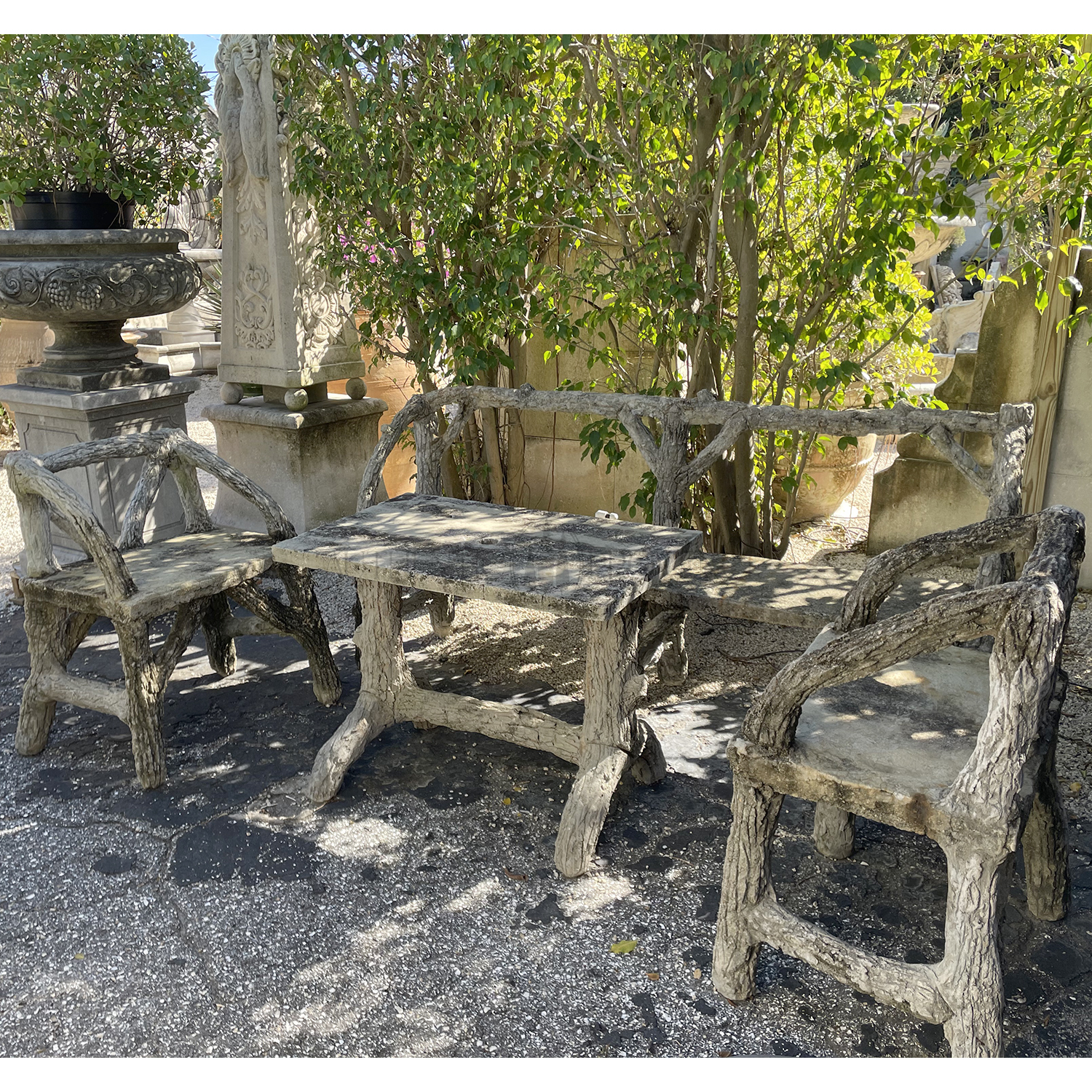 Exceptional and rare garden salon composed of a two-seat bench, two chair and table. All surfaces are covered with grown moss and lichen which adds the charm of centuries to this very rare garden furniture. The set has minor damages. Circa late 19th century

Faux Bois refers to an artisanal imitation of wood and most likely first crafted by the French Rocailleurs  garden craftsmen) in the late 19th Century through the 1940s. The structures were created with chicken wire, metal rods and other. Once shaped a combination of mortar, concrete and grout was applied onto the structure. While the mixture was still wet the fine sculpting was artfully formed, and the imitation of the wood was achieved.