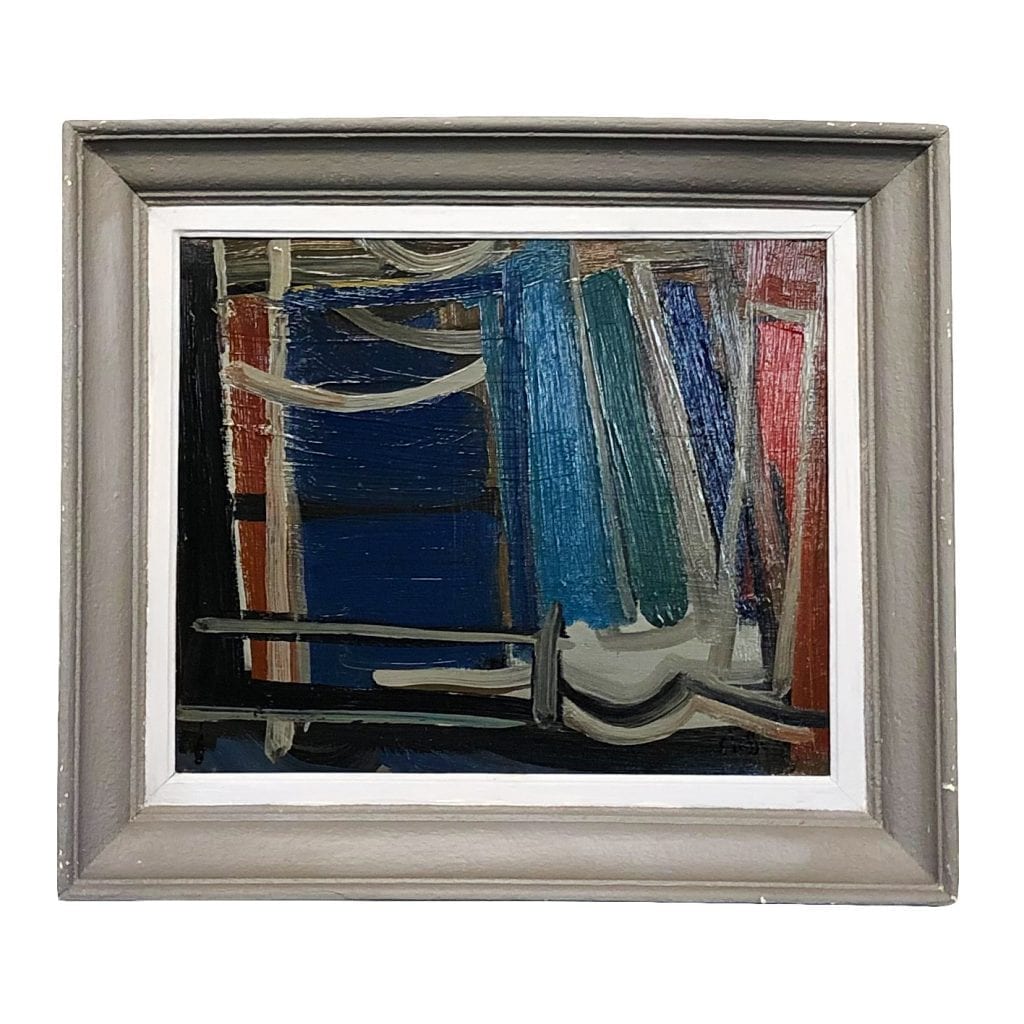 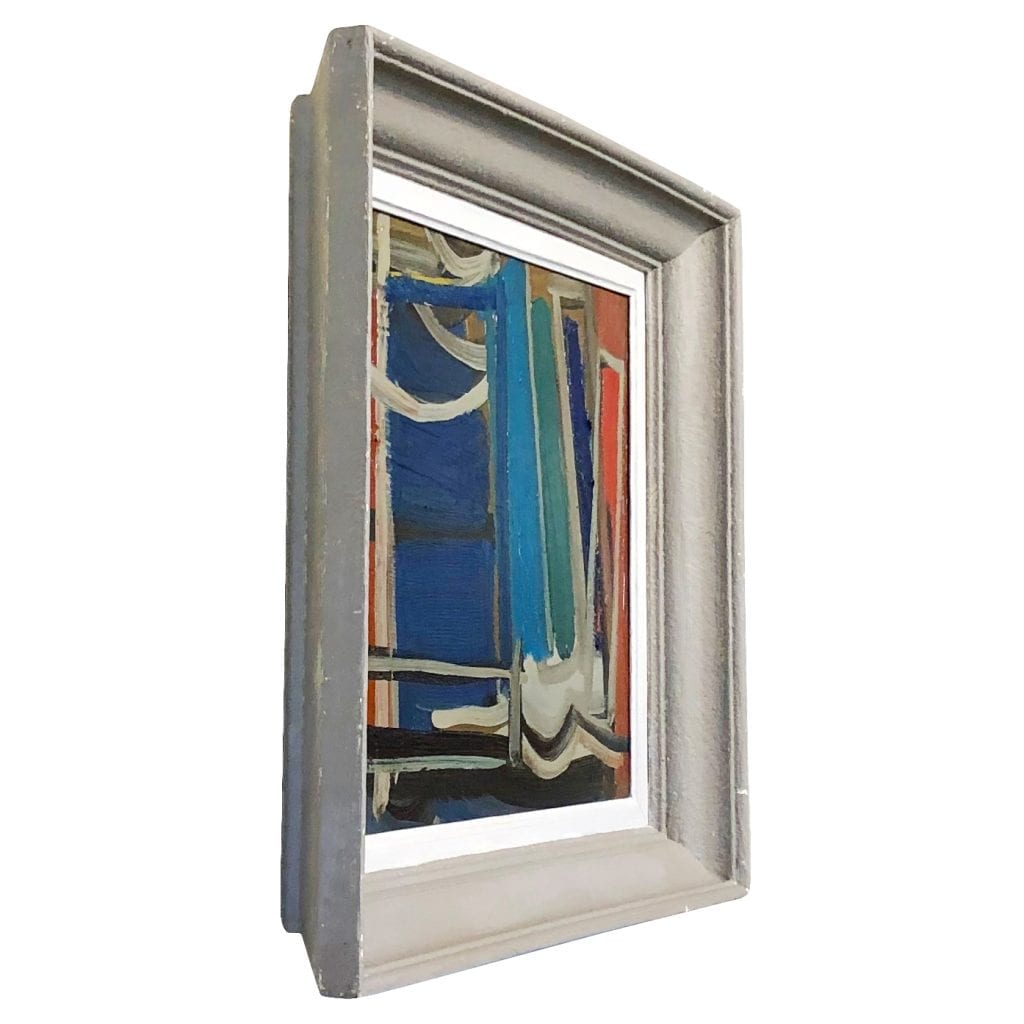 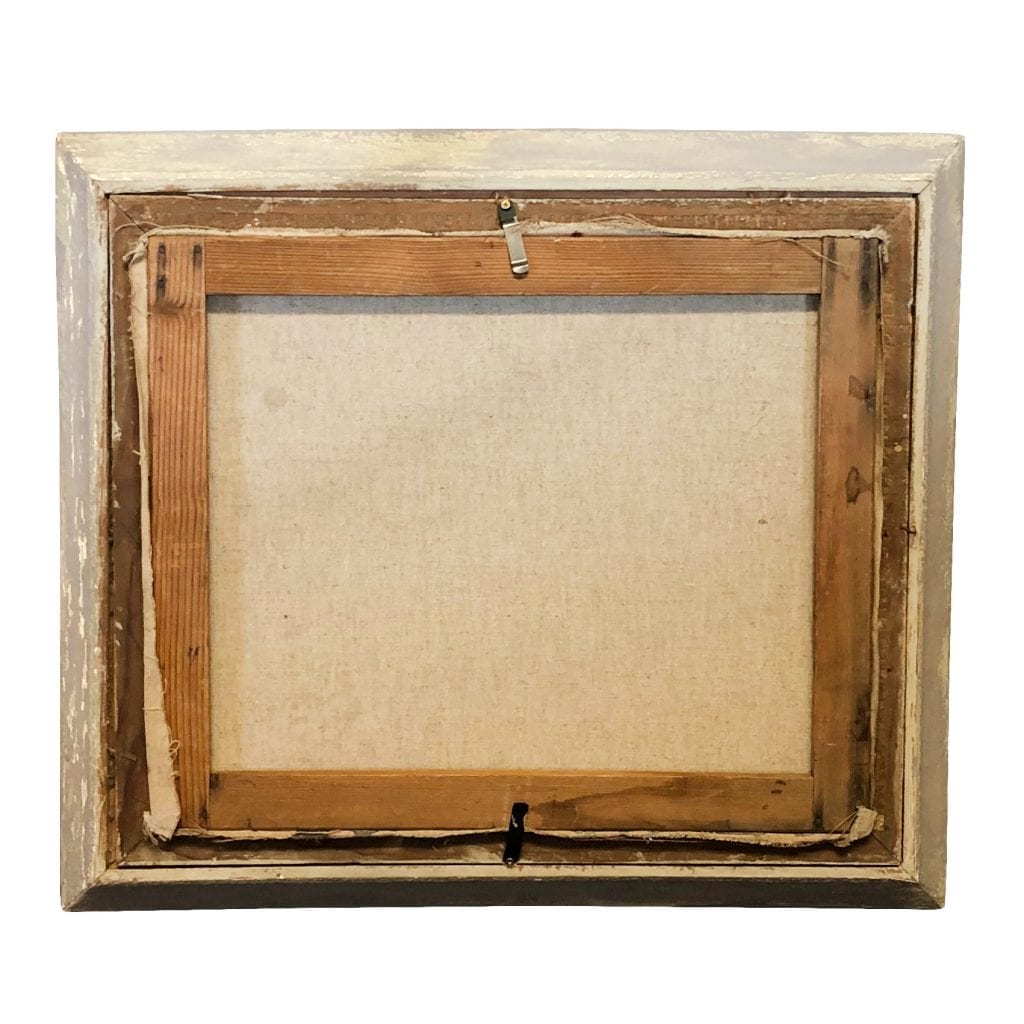 An abstract painting in dark blue, green, and black, oil on wood in canvas with a grey frame by Daniel Clesse, painted in France, 20th Century.