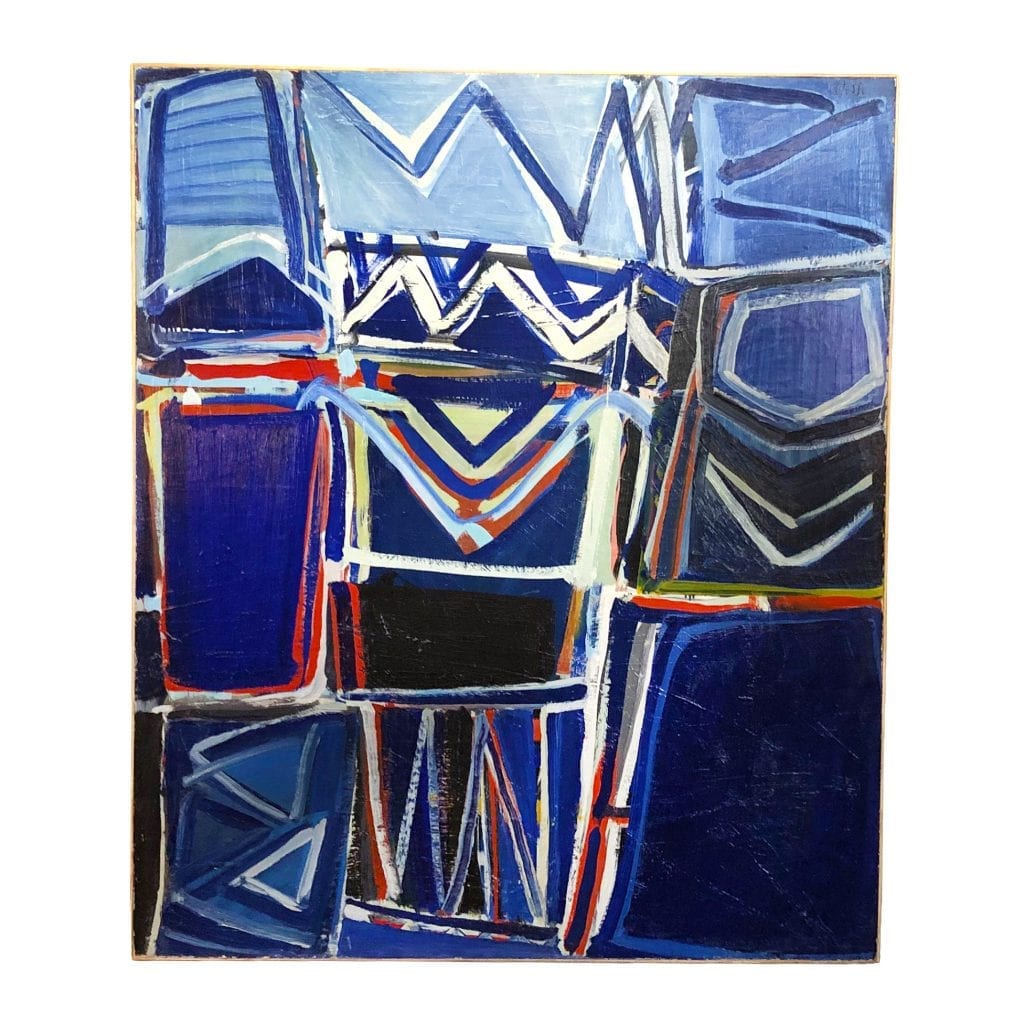 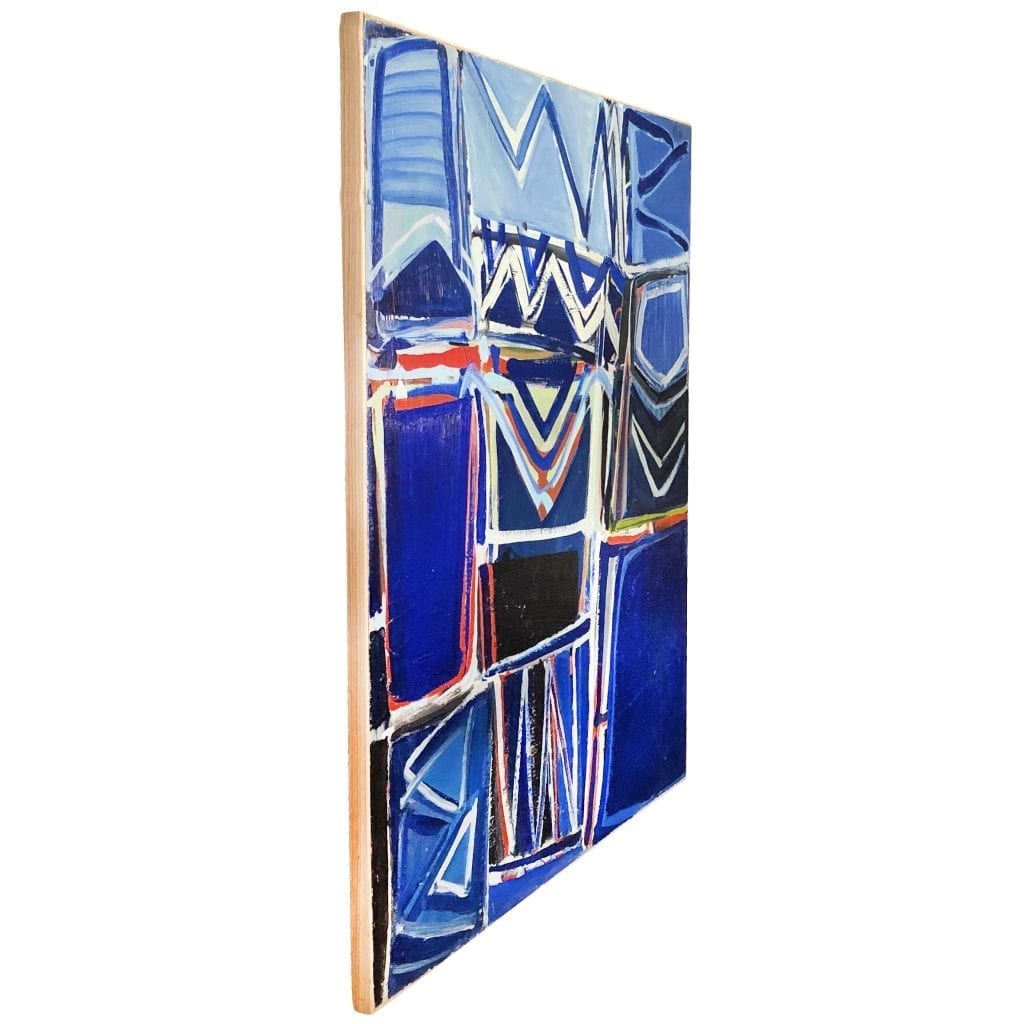 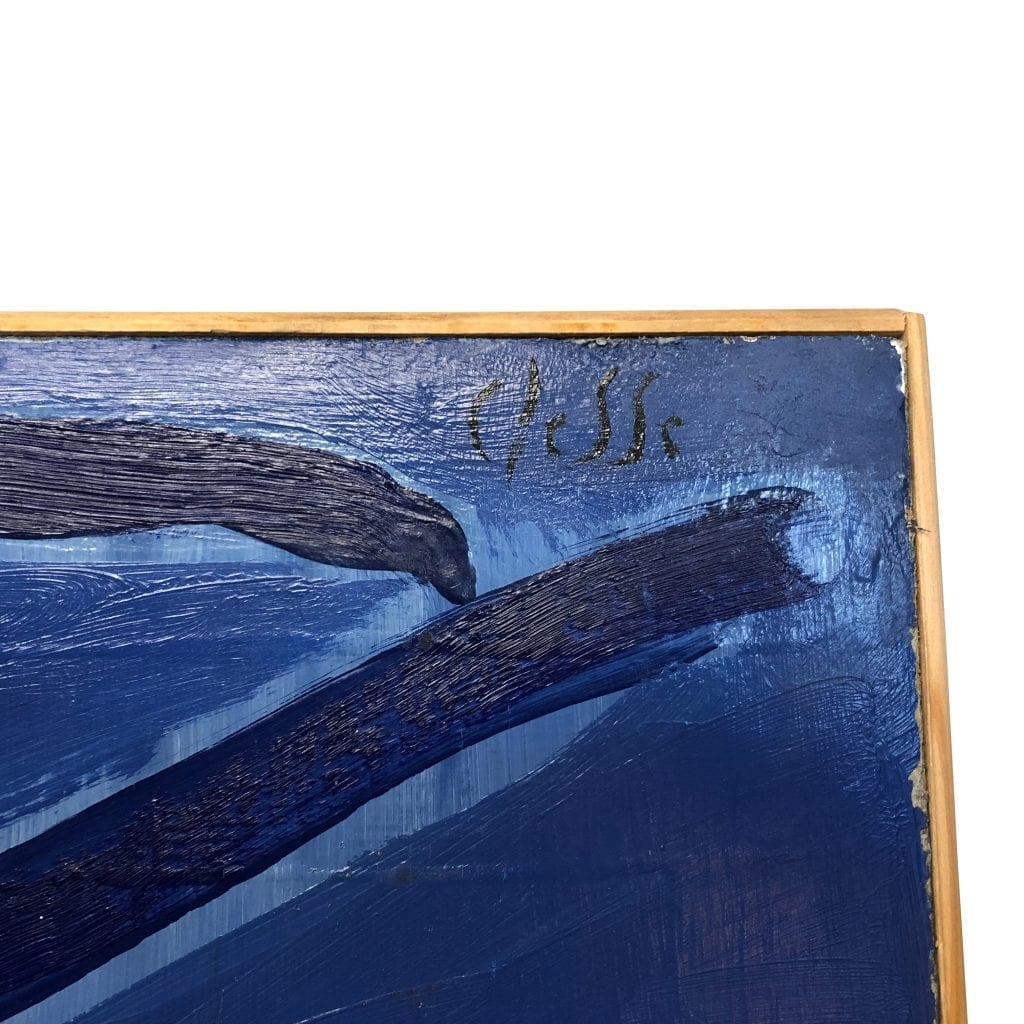 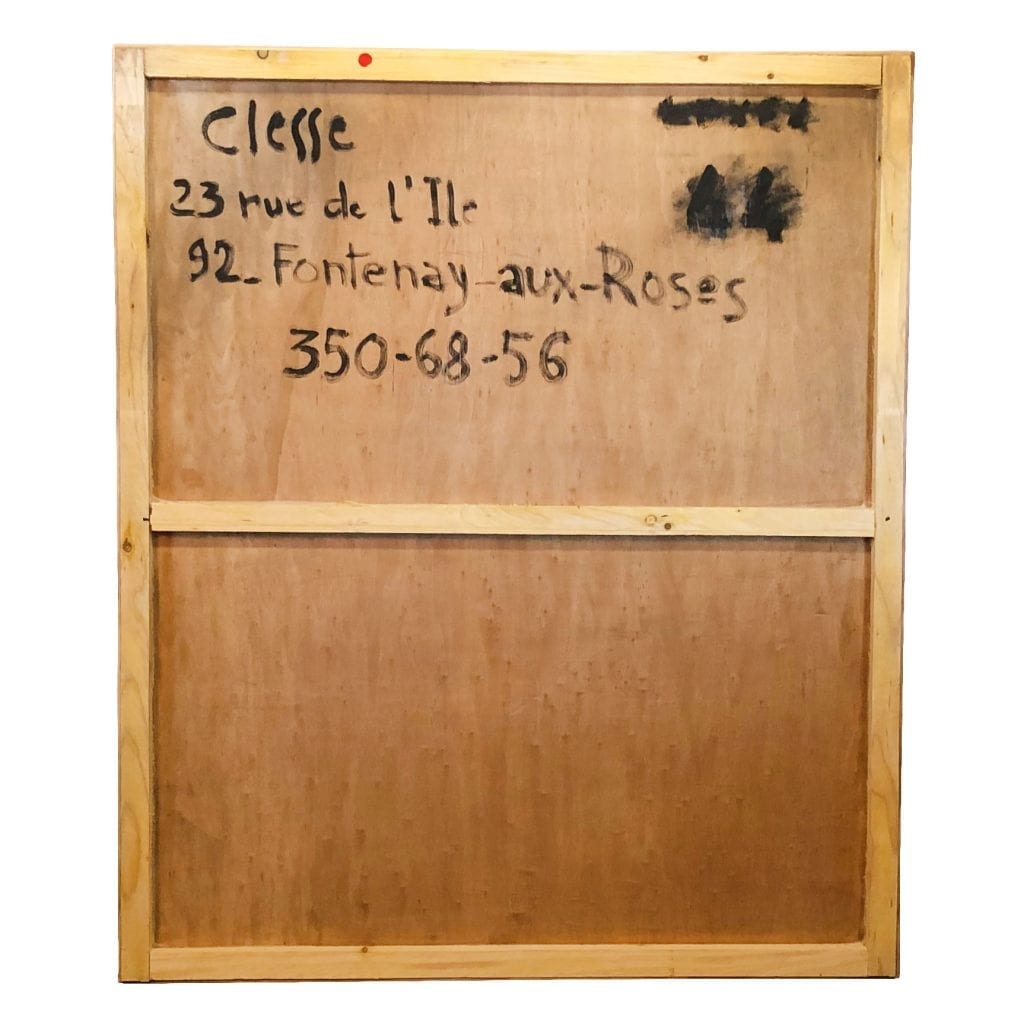 A dark blue - light blue, red abstract painting on wood by Daniel Clesse, painted in France, signed and dated circa in 1970. 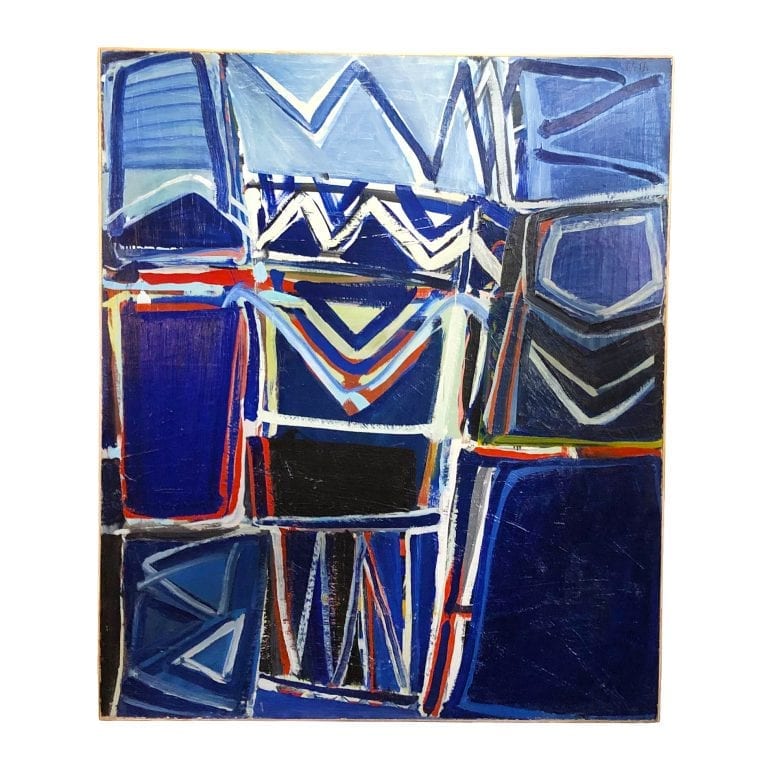