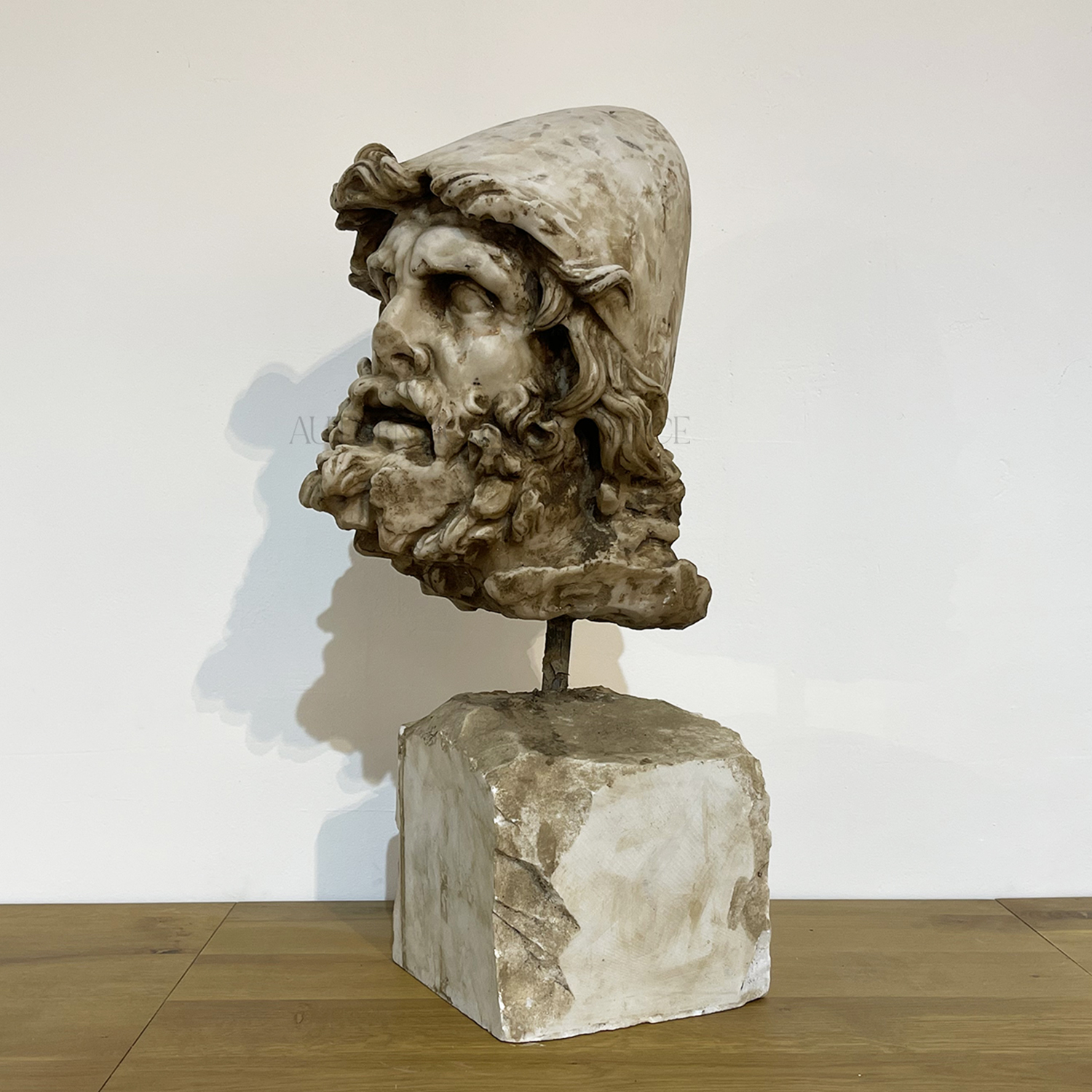 Circa 18th Century, a head of Leonidas hand carved in Carrara marble and mounted on a base of the same stone. Wear consistent with age and use. Leonidas was a King of the Greek city-state of Sparta. He led the allied Greek forces to a last stand at the Battle of Thermopylae during the Second Persian War. He died at the battle and entered myth as the leader of the 300 Spartans.