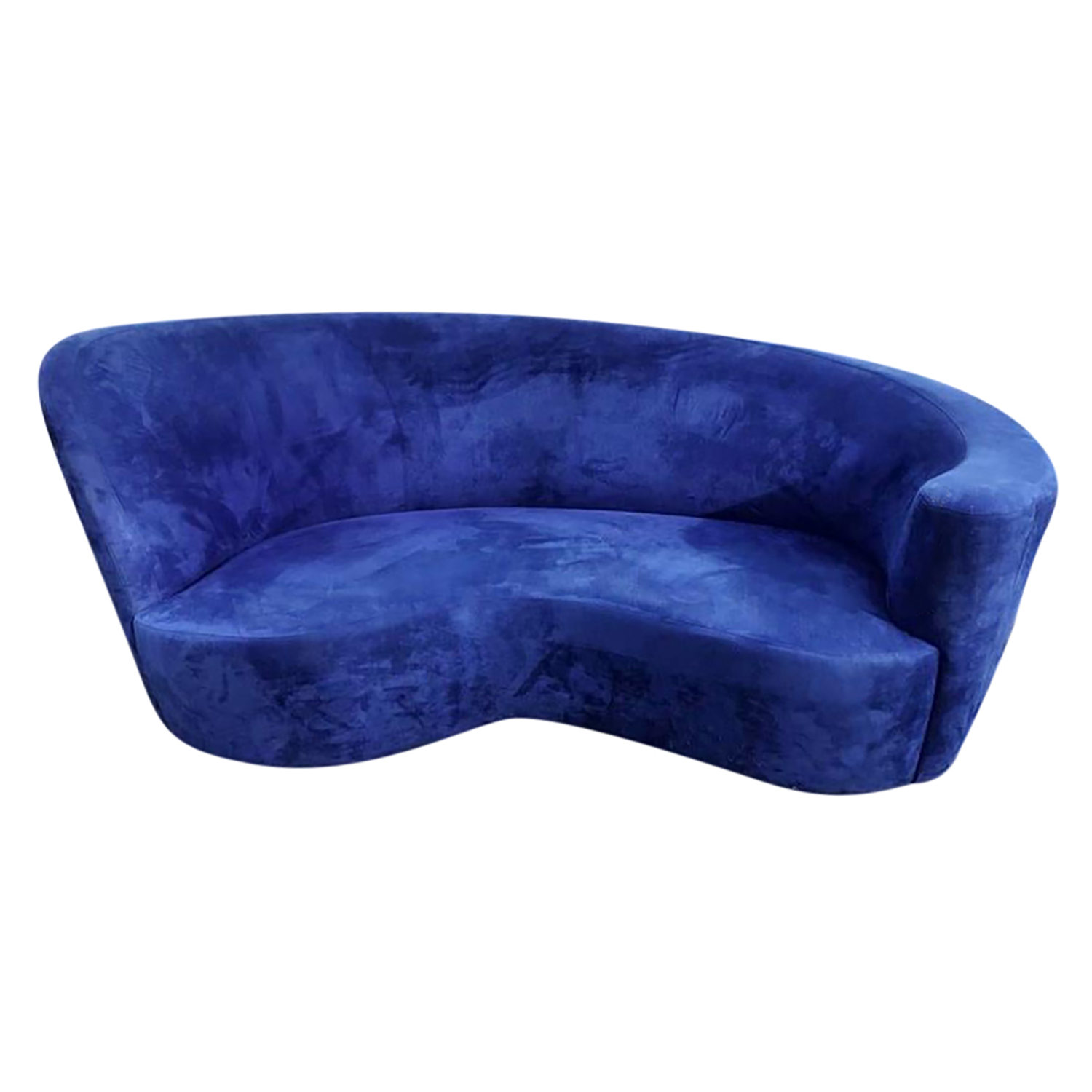 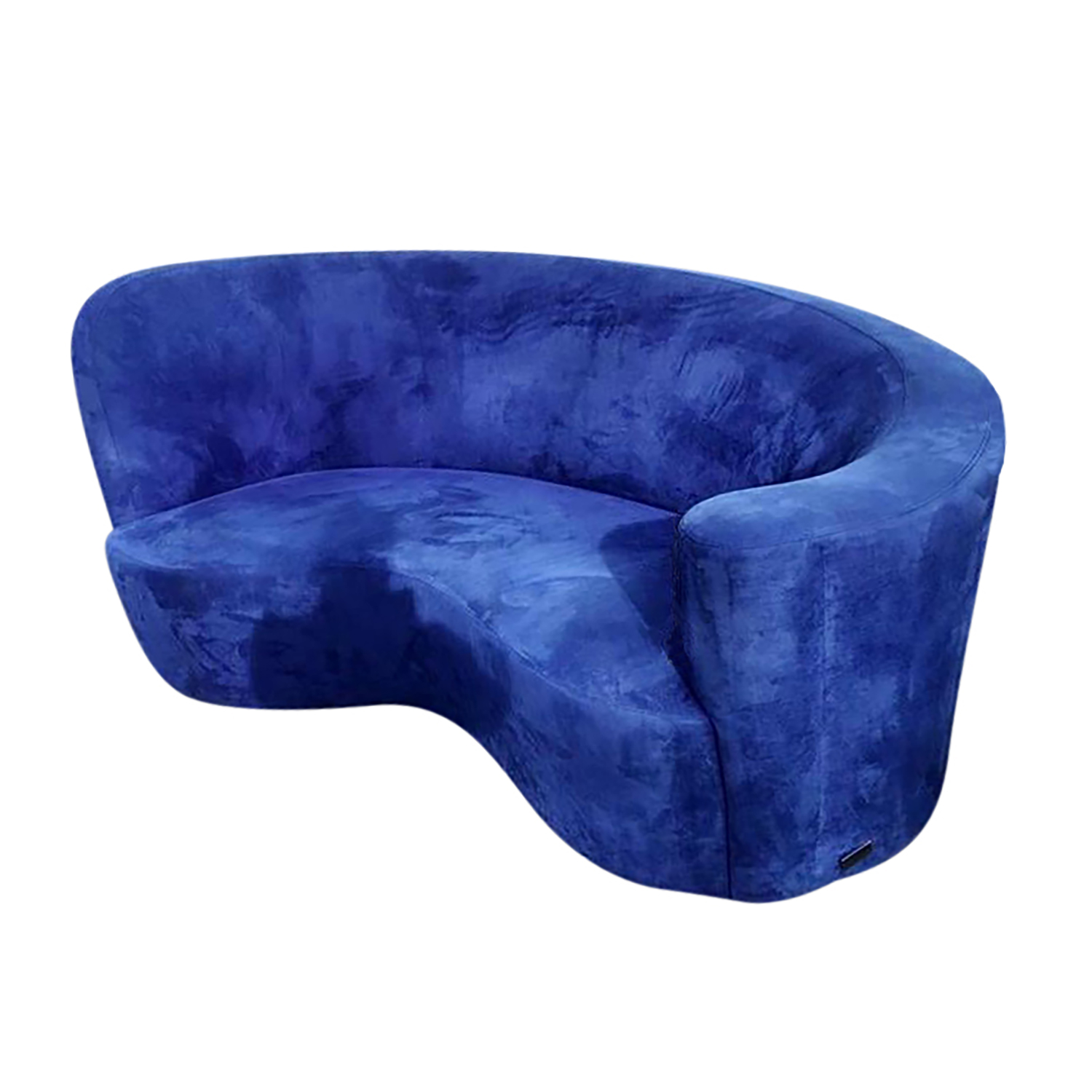 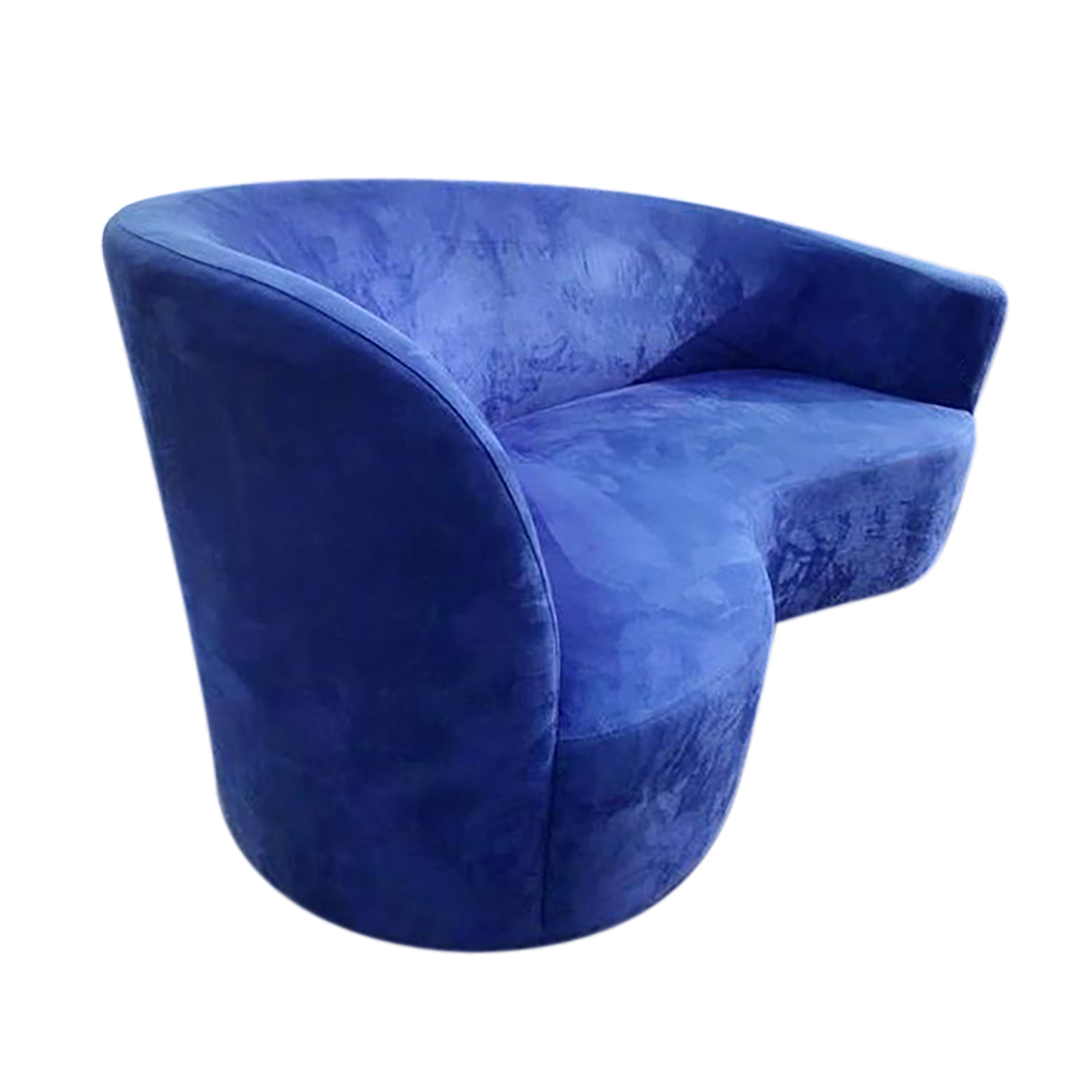 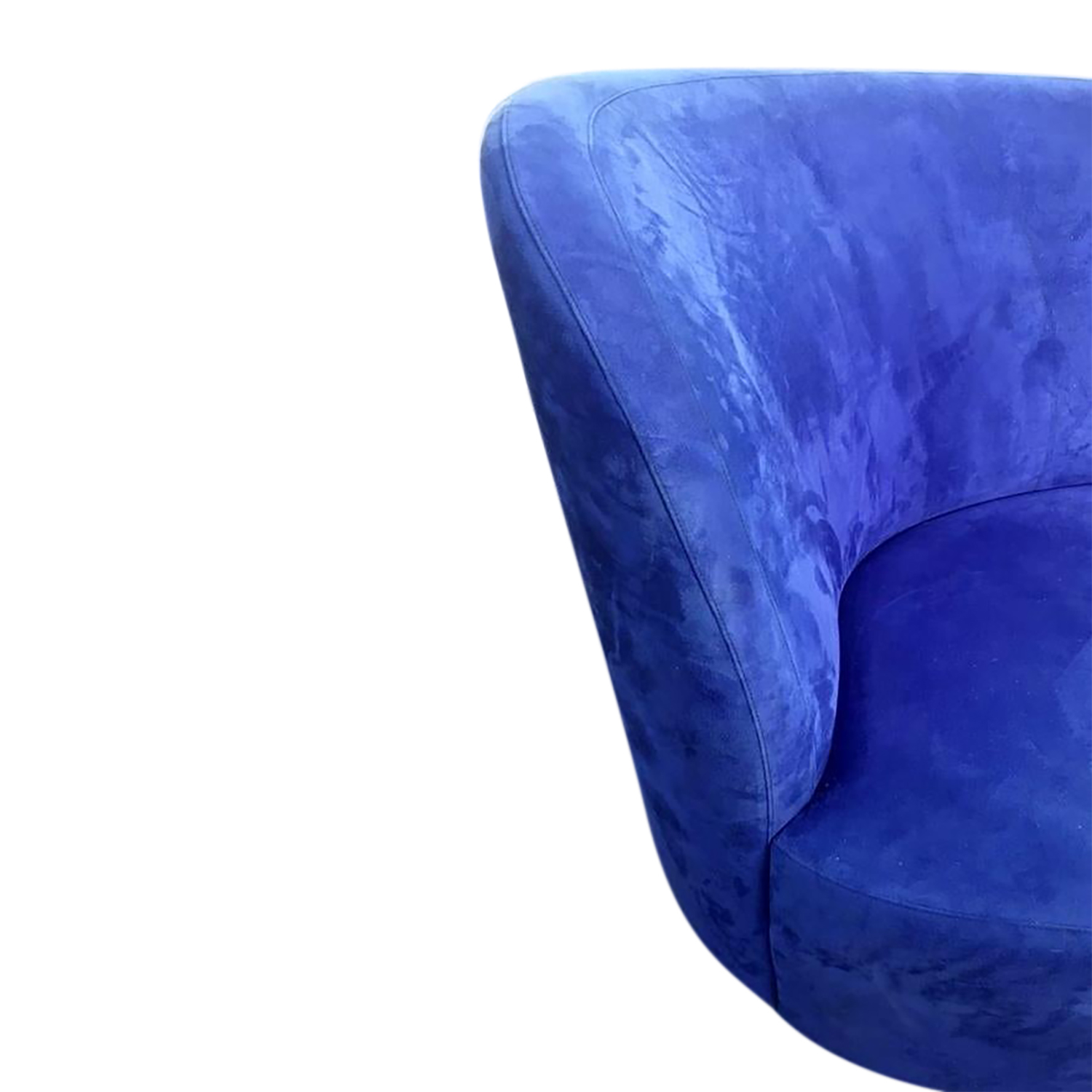 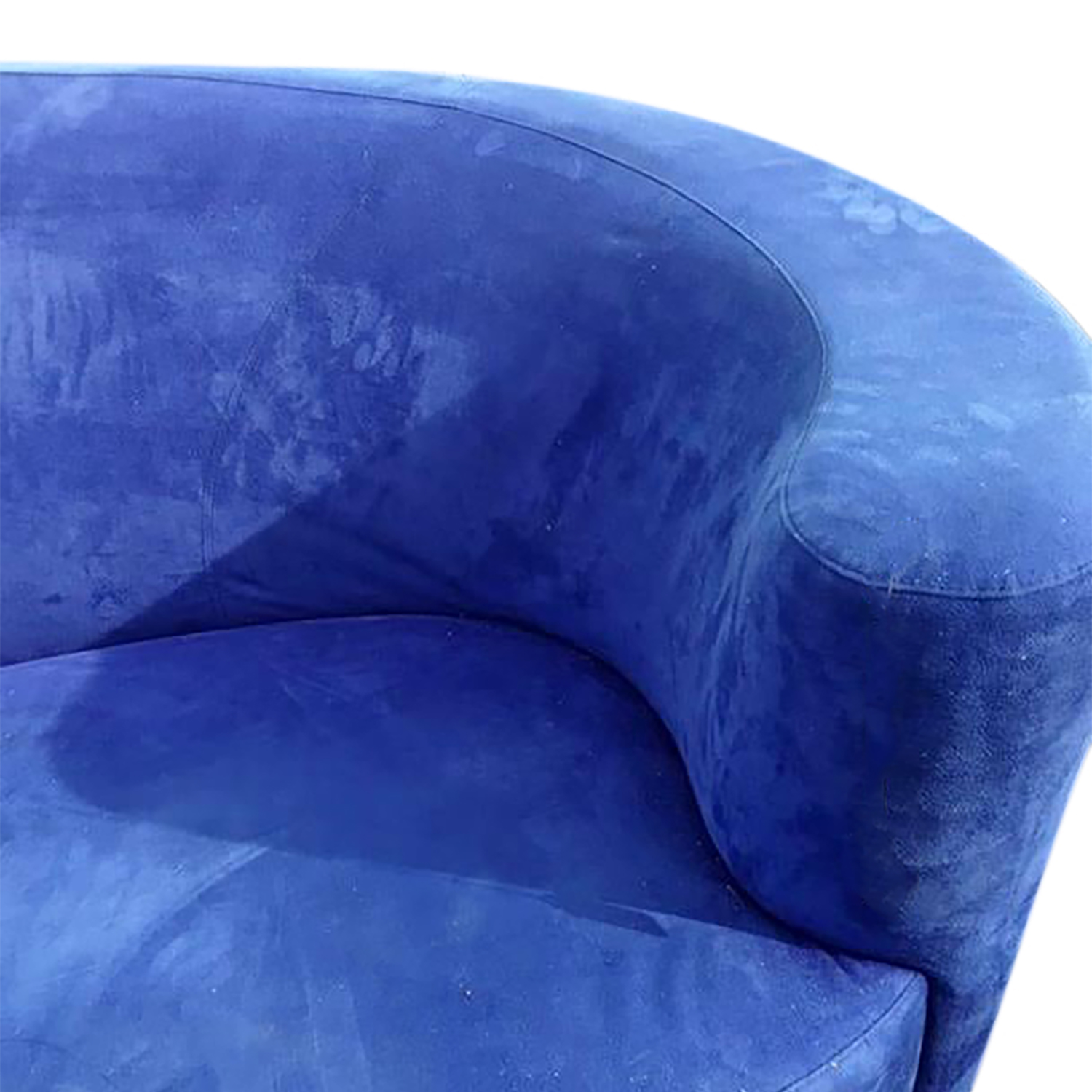 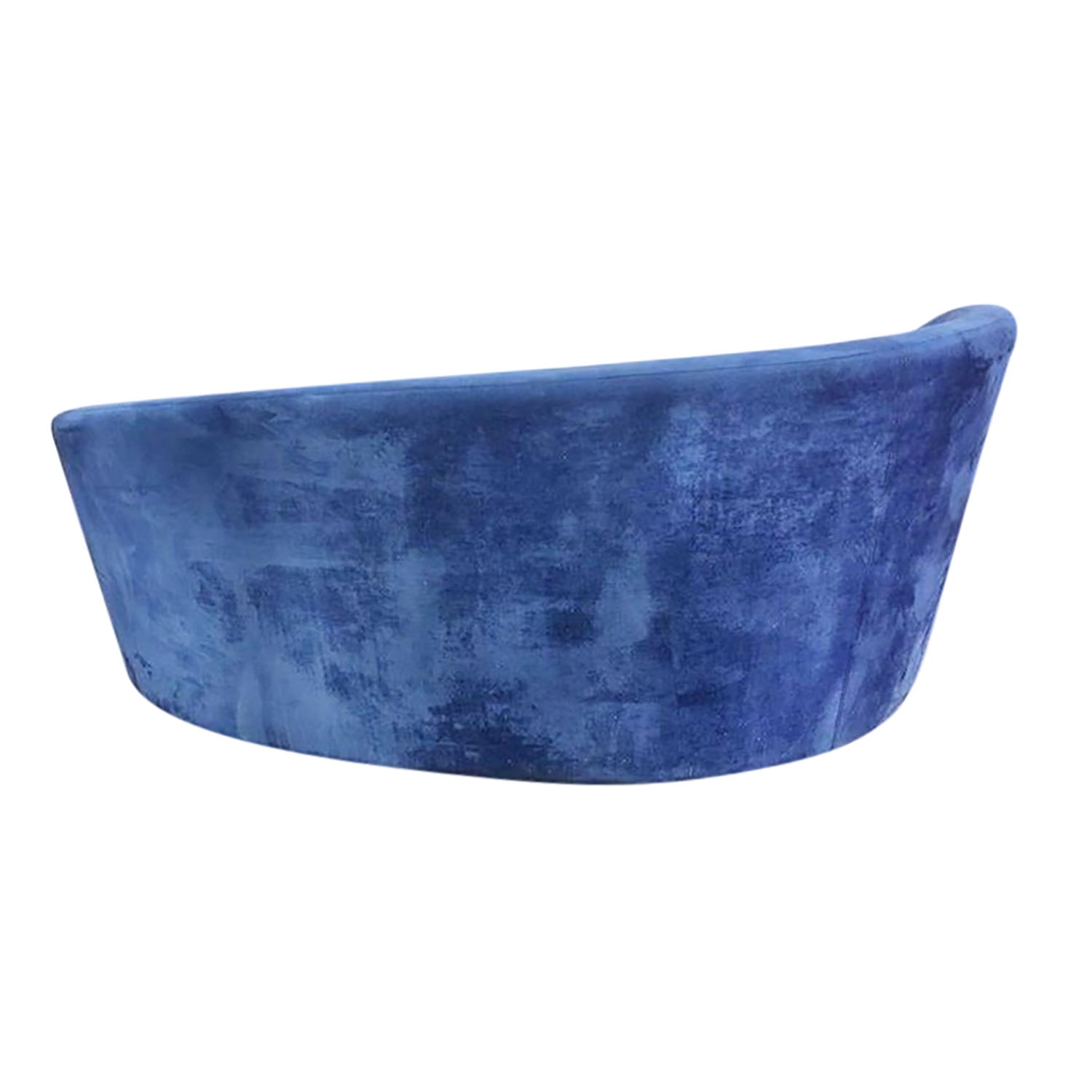 Reflecting the American style of mid-century modern furniture, this royal blue three seater suede sofa can be both an accent piece or the central focus of your space. The high seat backrest of the sofa curves seamlessly into a wide and tall armrest. Elegant and charming, this original vintage mid-century modern sofa was designed by Vladimir Kagan. Wear consistent with age and use. Circa 1950 - 1970, United States.

About the designer:
Vladimir Kagan was an American / German furniture designer born in 1927 in Worms, Germany and passed away in 2016. Kagan’s father was a Russian cabinetmaker, who taught him the skills of developing and designing furniture. In 1938, he emigrated the United States, where he started painting and manufacturing sculptures, before later focusing on design and architecture. In 1947, Kagan graduated as an architect from Columbia University in New York City. Later, in 1949, Kagan opened his first retail store, where he became extremely well-known. Marilyn Monroe was one of his first clients.