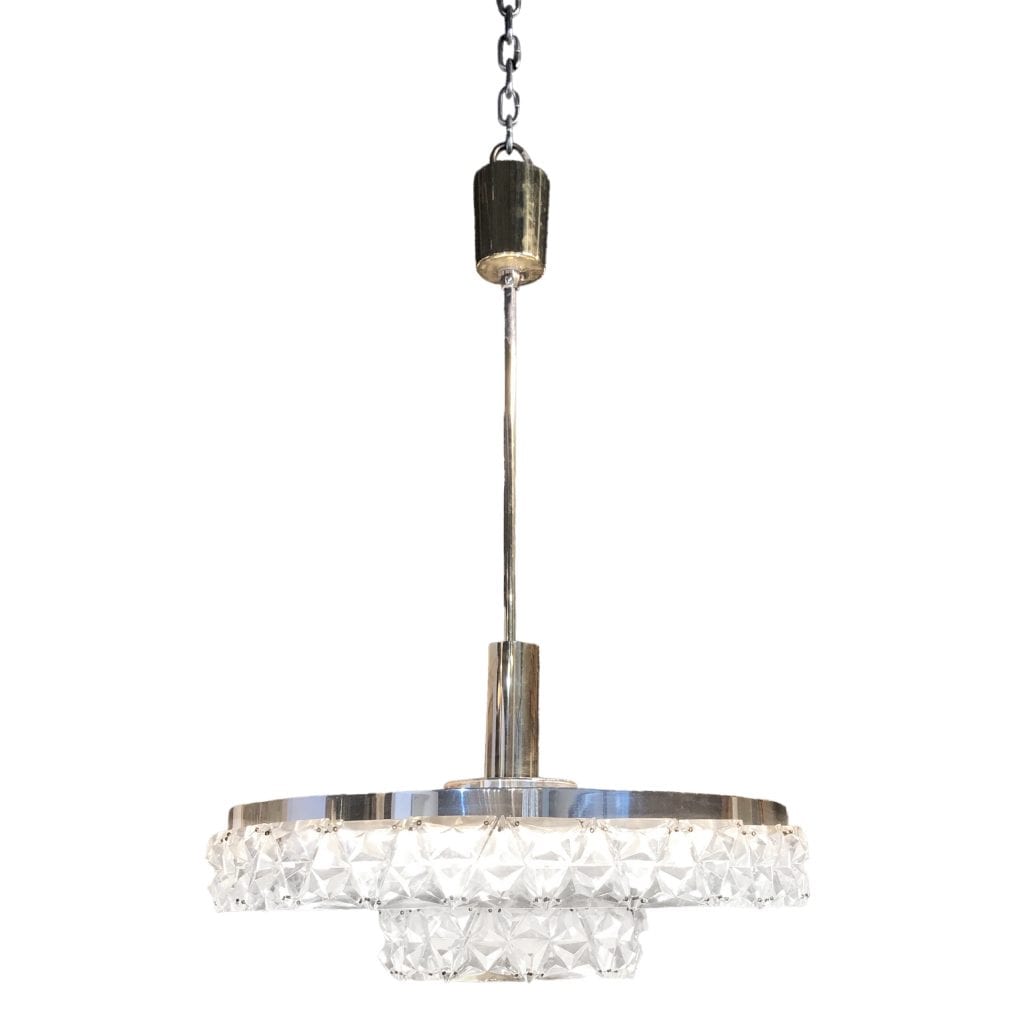 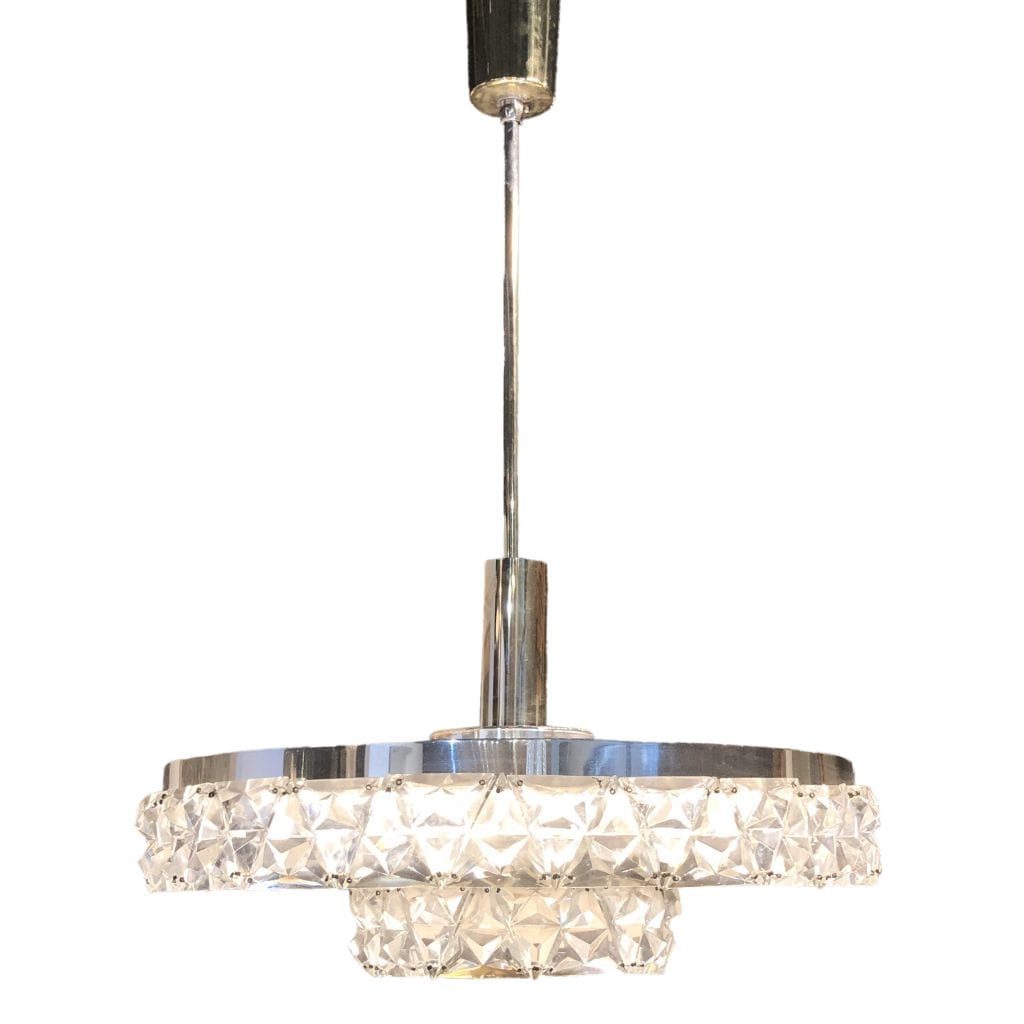 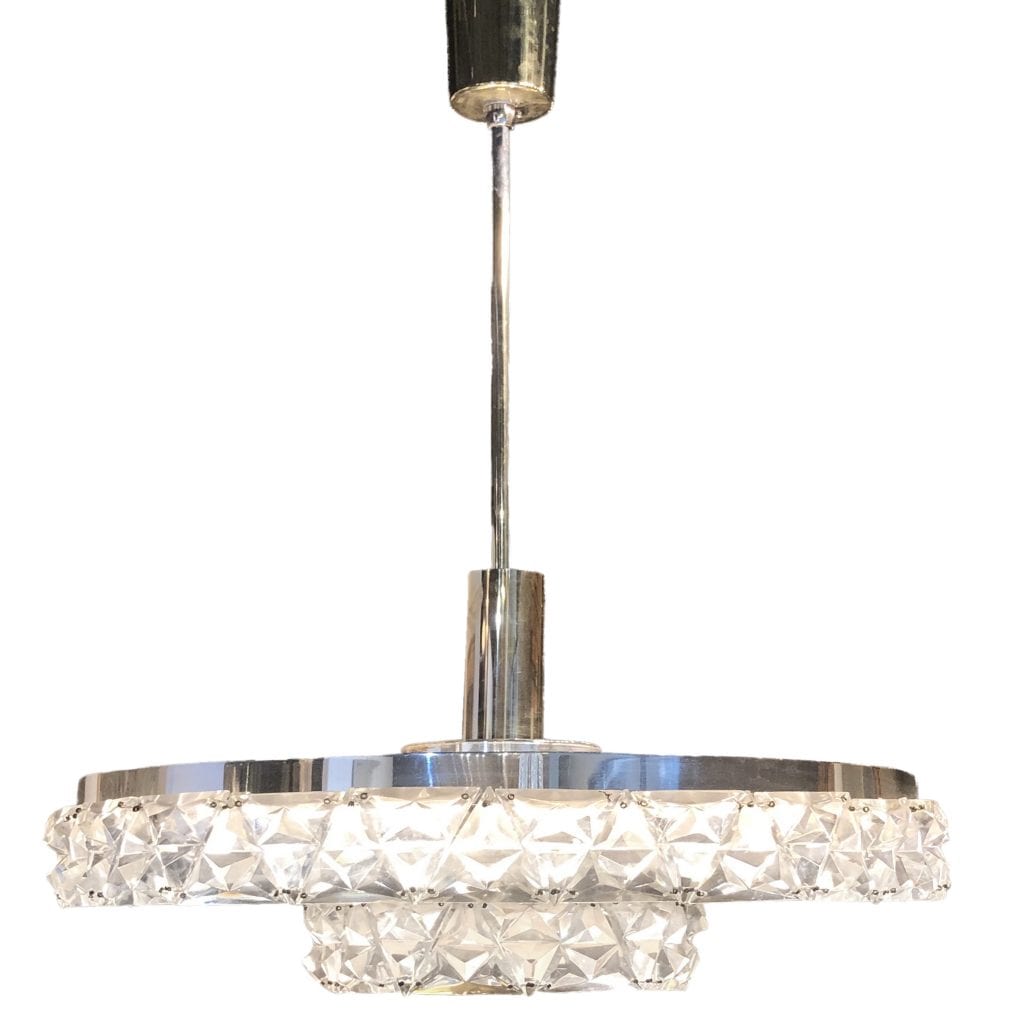 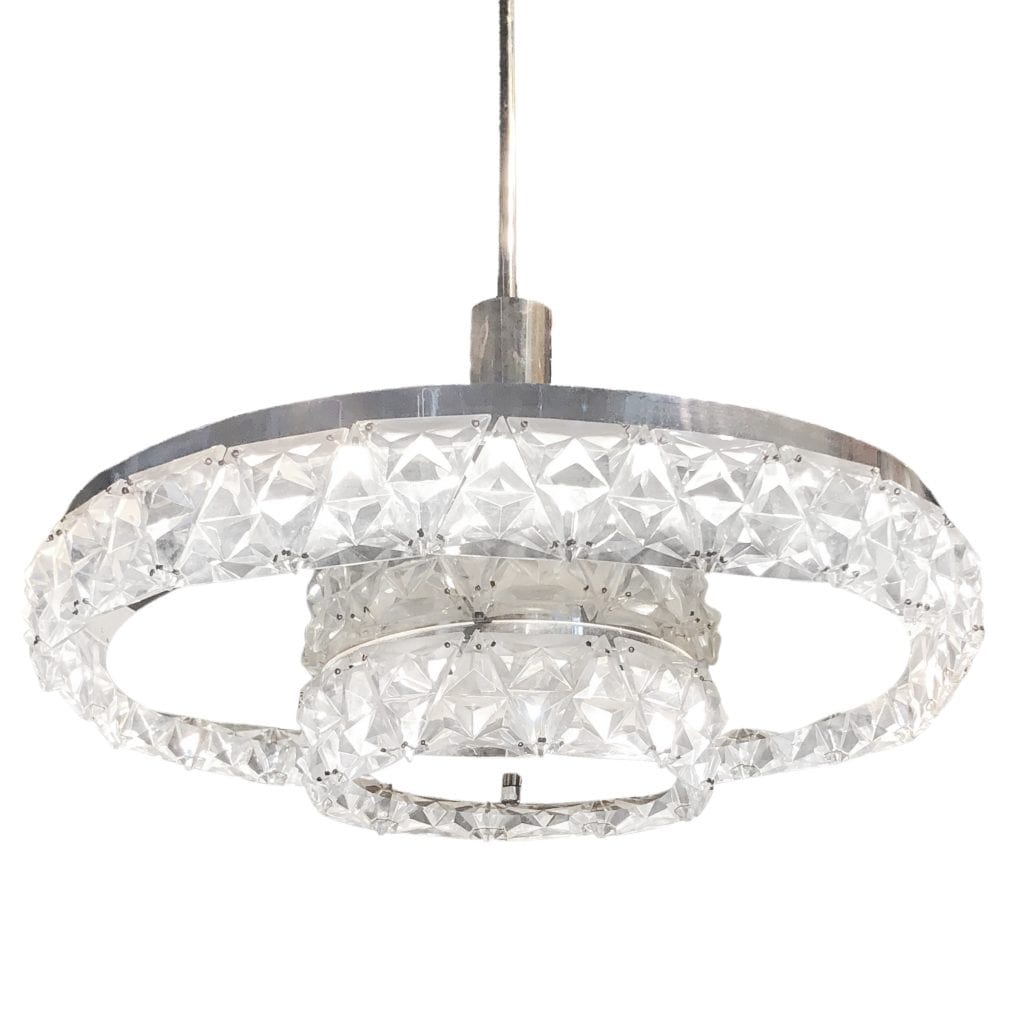 A unique vintage Mid-Century modern Swedish ceiling lamp made of a chrome, brass frame and Orrefors glass, featuring  a four light socket. Produced by Orrefors, designed by Carl Fagerlund in good condition. The wires have been renewed. Wear consistent with age and use. Circa 1950 – 1960, Sweden, Scandinavia. 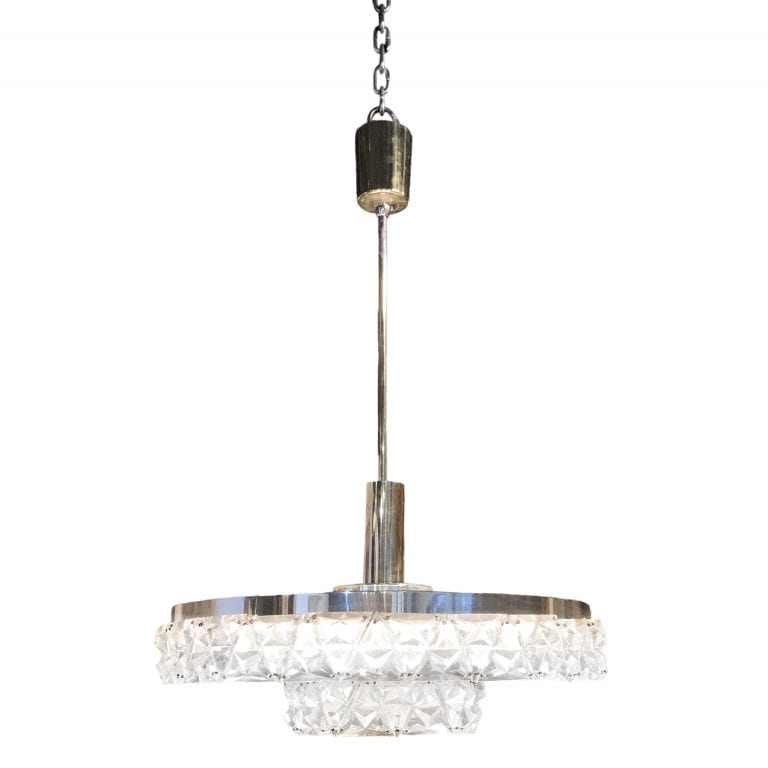