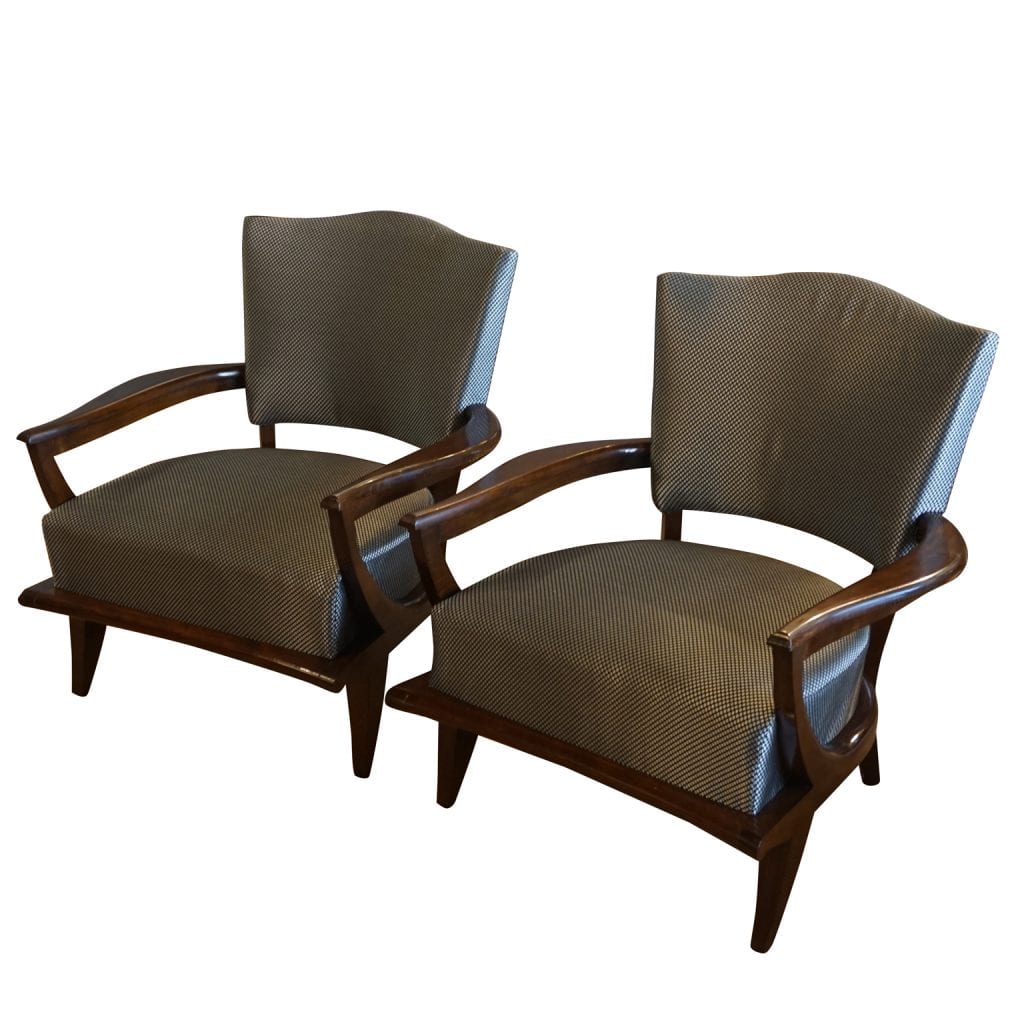 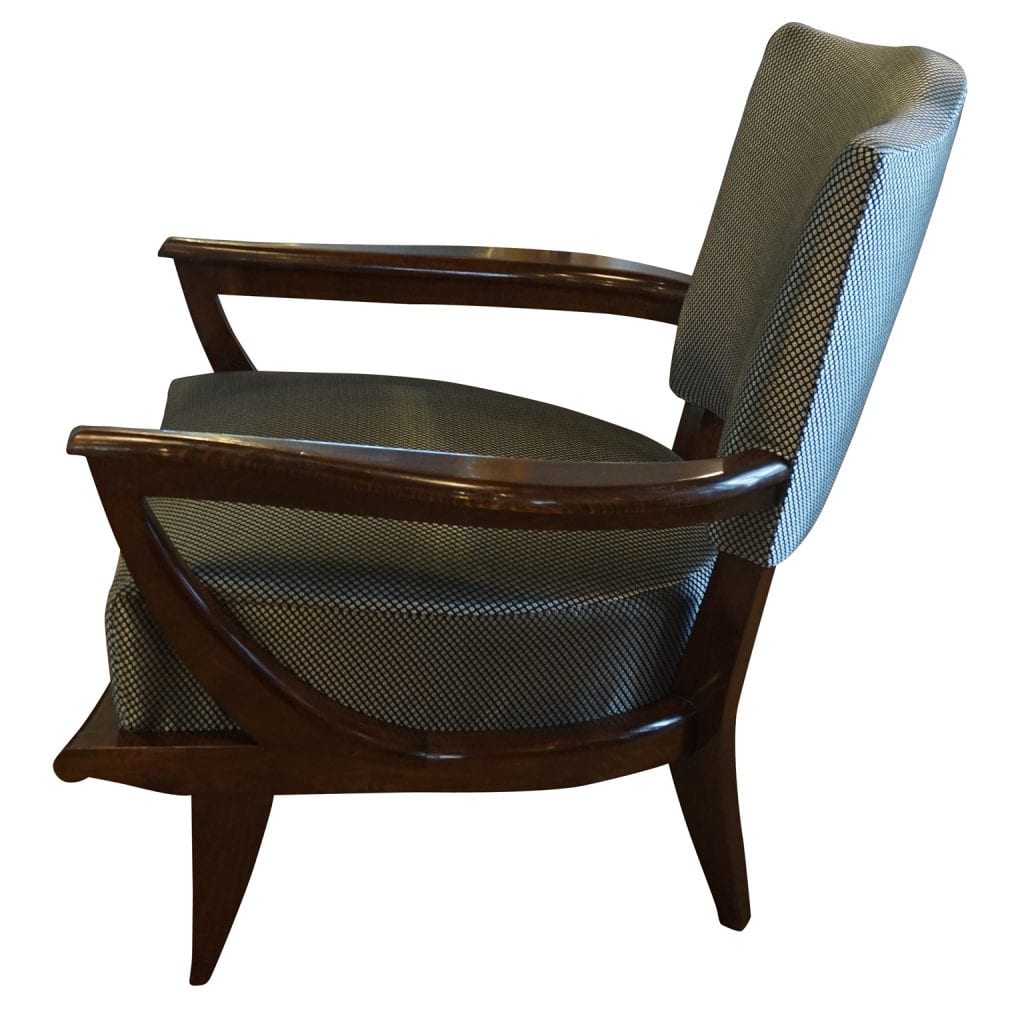 A vintage Art Deco pair of French lacquered armchairs made of hand carved Oakwood and newly upholstered in a Pierre Frey fabric. Designed by Etienne-Henri Martin and produced by Steiner, in good condition. Wear consistent with age and use. Circa 1940, Paris, France.

Etienne-Henri Martin was born in 1913 Paris, France and passed away in 1997 France. He was a French designer and decorator. Martin studied at the Ecole Boulle University in Paris, where he specialized in metal. Martin led the design workshops of major department stores in France and Belgium.

Steiner is a French furniture and design company founded in 1926 in the Parisian suburb of Faubourg St. Antoine, France by Charles Steiner. Well-known artists have worked and designed for Steiner, such as the French designer Etienne-Henri Martin and Pierre Guariche, etc. To this day, Steiner is an internationally recognized furniture manufacturer.