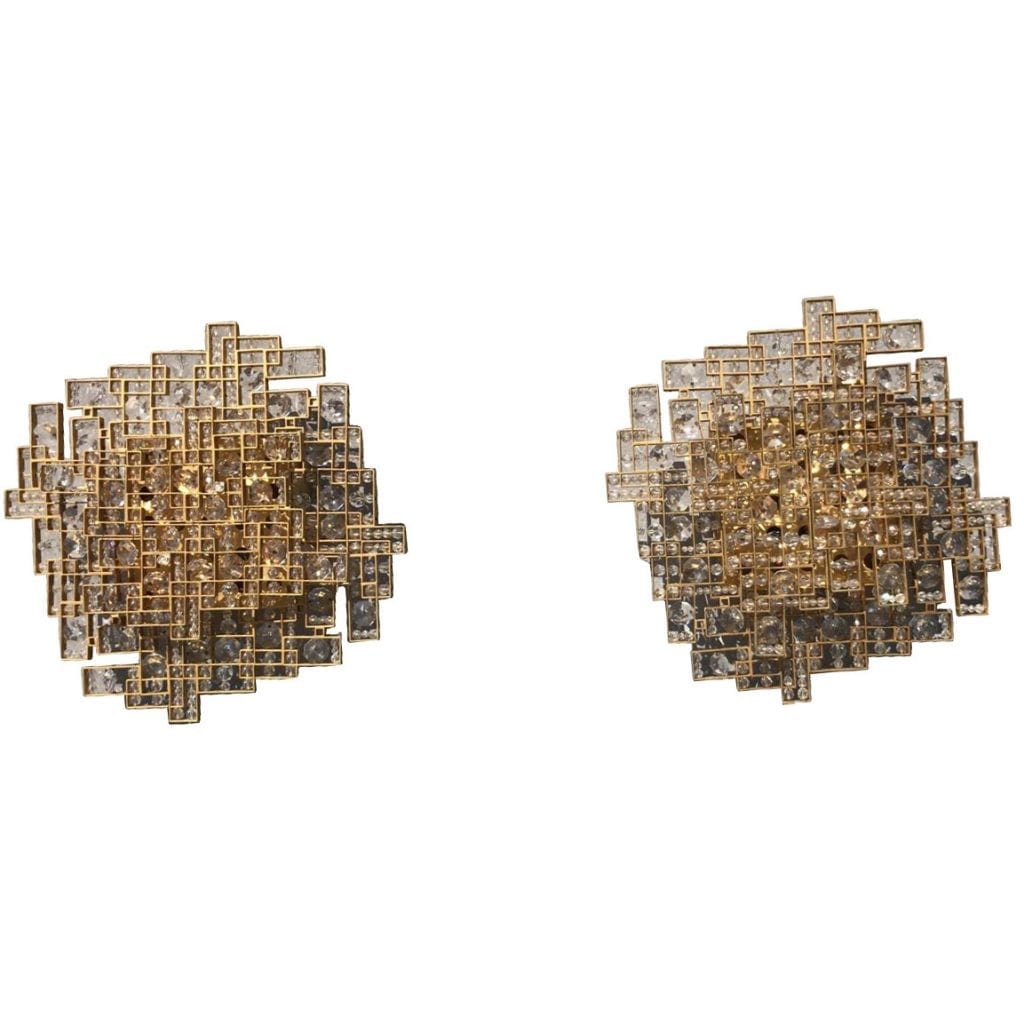 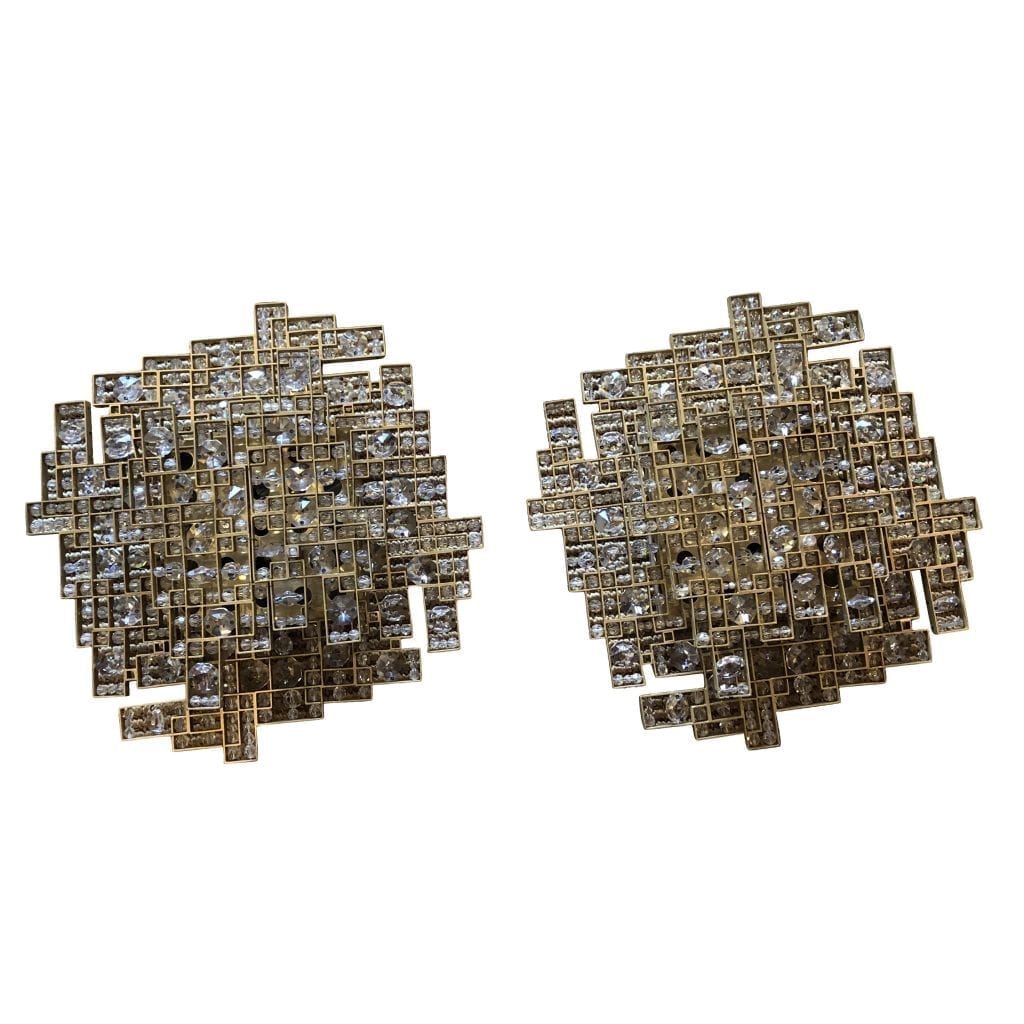 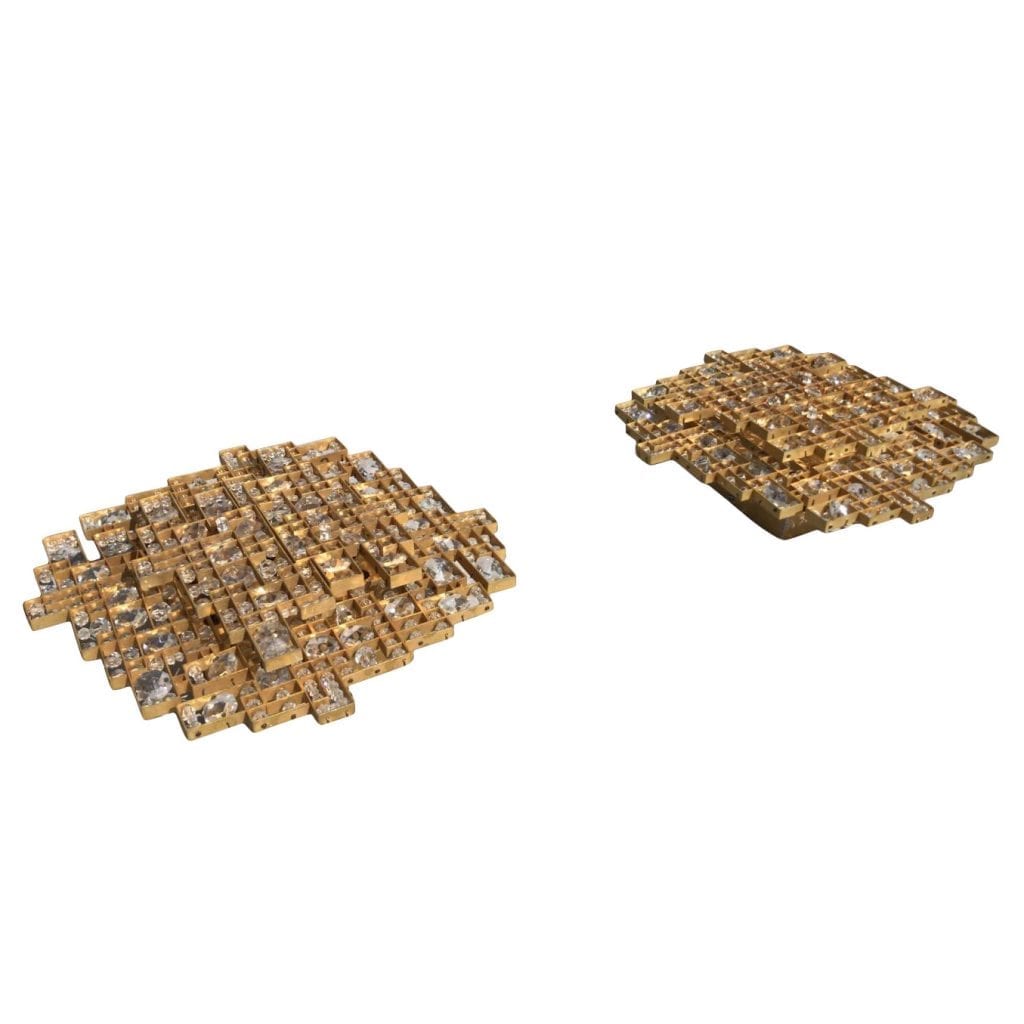 A unique vintage Mid-Century modern Austrian pair of wall appliques made of hand crafted brass and mosaic crystals in good condition,  similar to the JFK Center in D.C. The wires have been renewed. Wear consistent with age and use. Circa 1965, Vienna, Austria.

J. & L. Lobmeyr is an Austrian glassware company founded by Joseph Lobmeyr in 1823 in Vienna. Joseph Lobmeyr was born in 1792 in Vienna and passed away in 1855. After his death, his children took the company over, and renamed it J. & L. Lobmeyr, named after his son Joseph and brother Louis. They also had a partnership with the American inventor and businessman Thomas Alva Edison. In 1880, Lobmeyr and Edison developed the first electric chandeliers in the world. 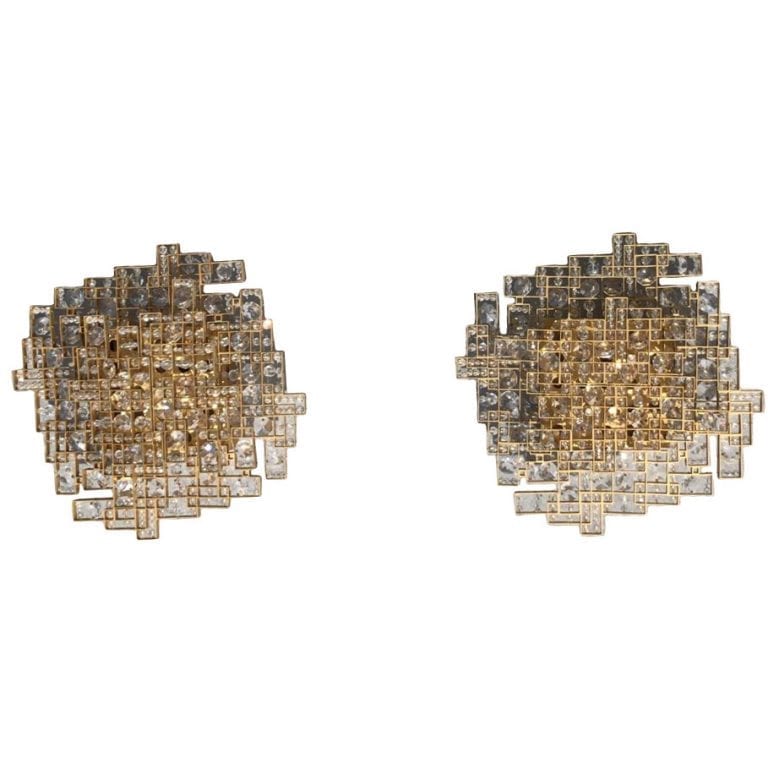