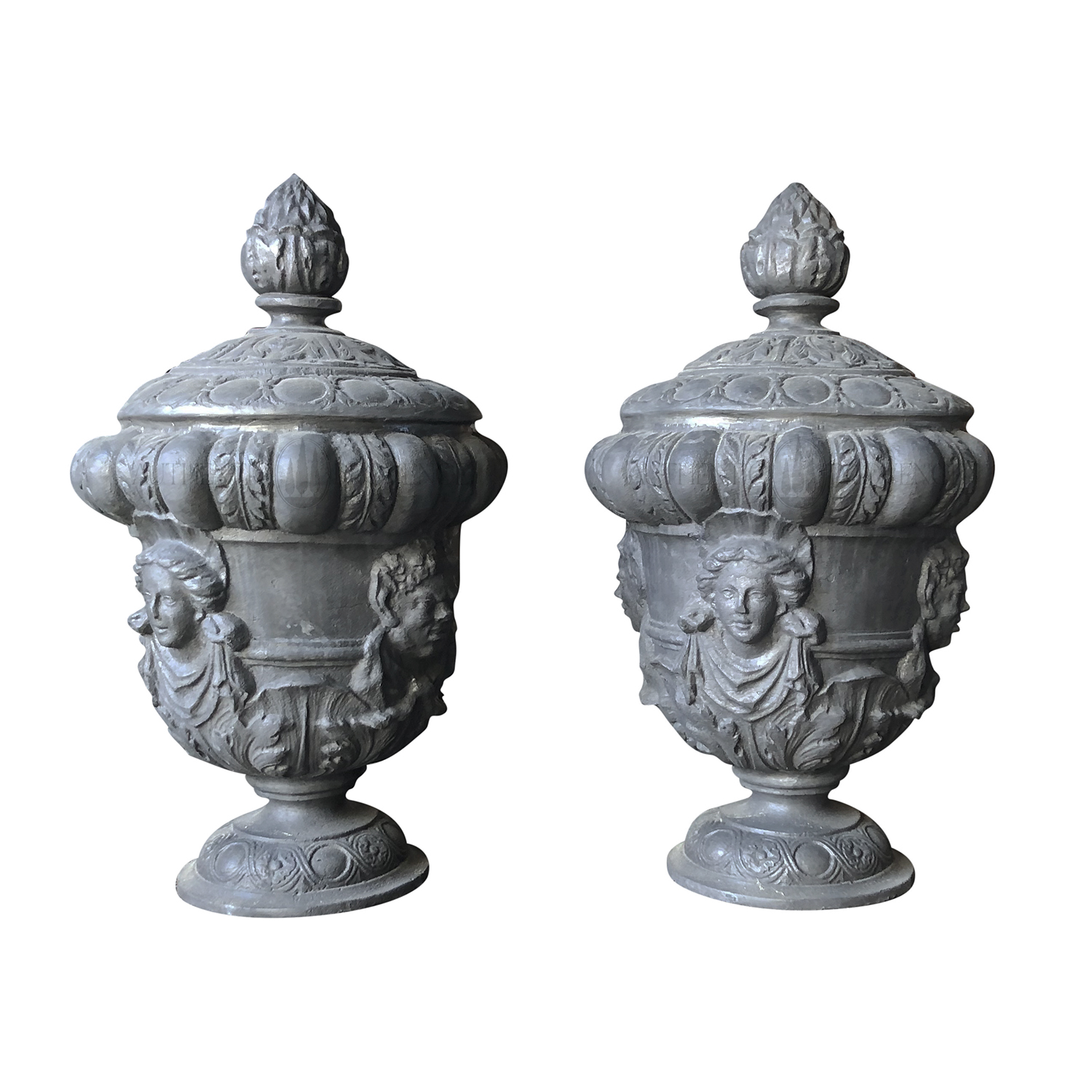 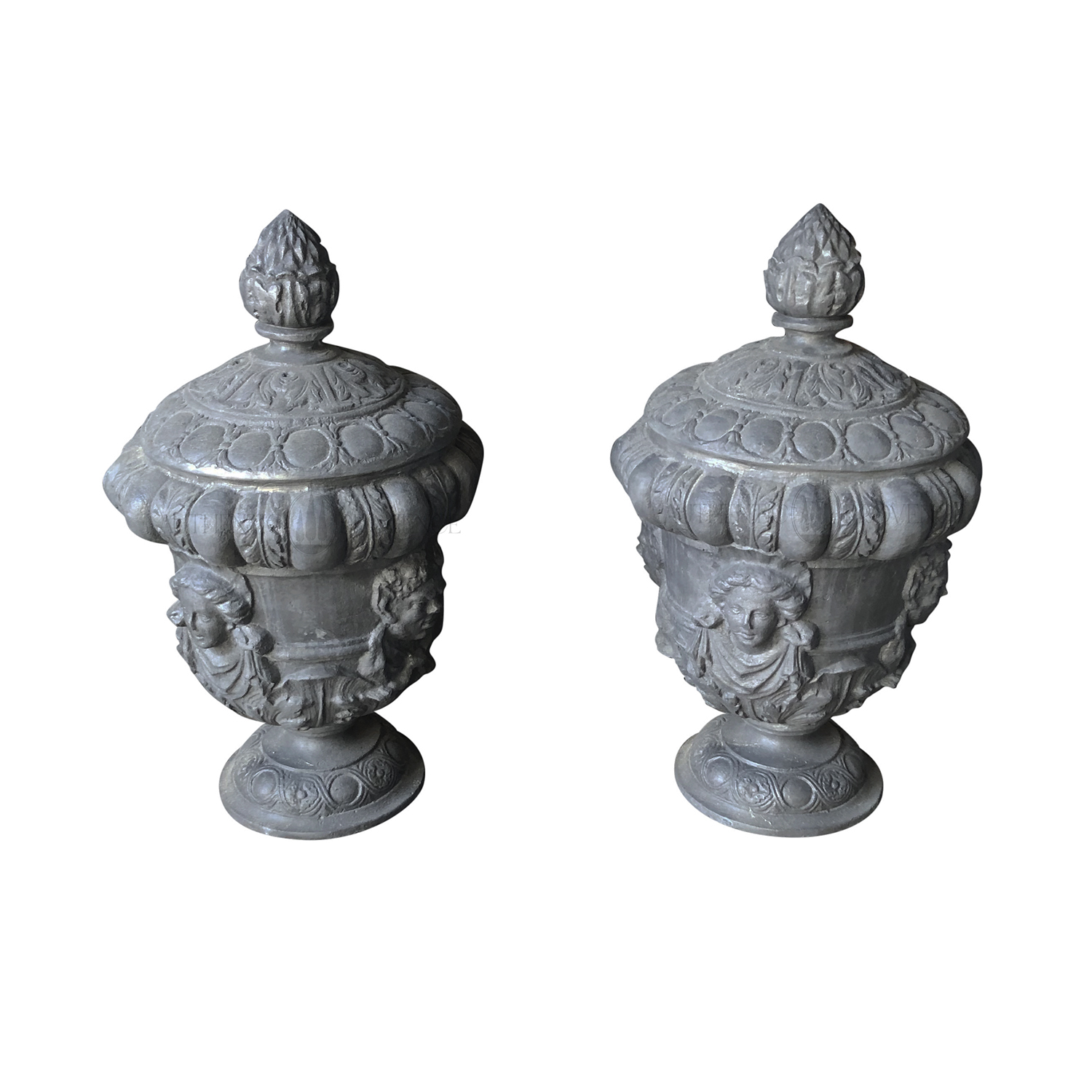 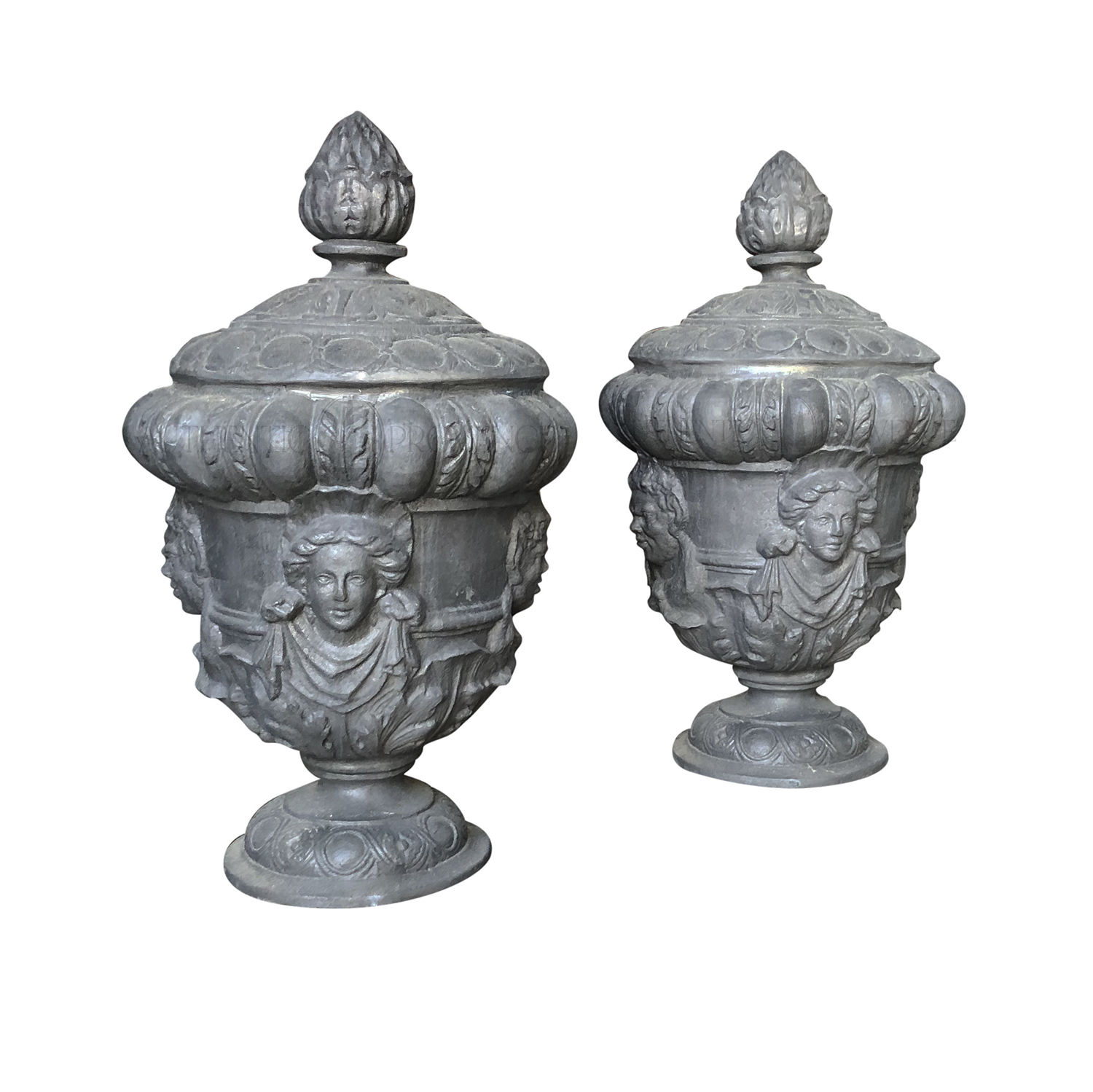 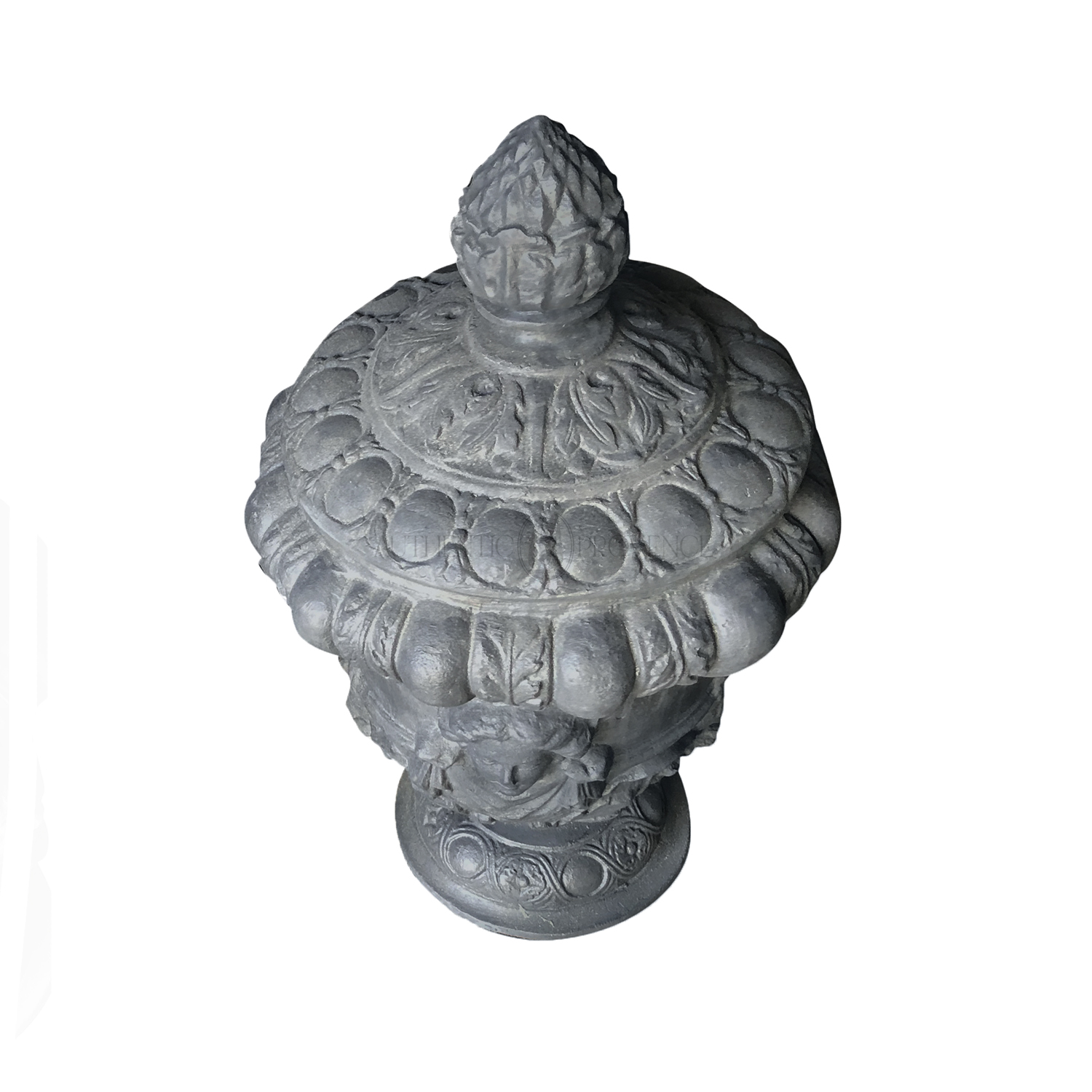 A finely worked pair of 20th Century Queen Anne Finials or garden urns in lead on circular socles. From an early 18th century lead casting, similar can be seen at Hyde Park Corner. During the late 17th and 18th century, lead urns and statues became very fashionable as the English nobility implemented casted lead ornaments into their garden design. Often used in pairs, these finials are seen adorning the gatehouse and entrances of the most beautiful manor houses in England. Wear consistent with age and use.