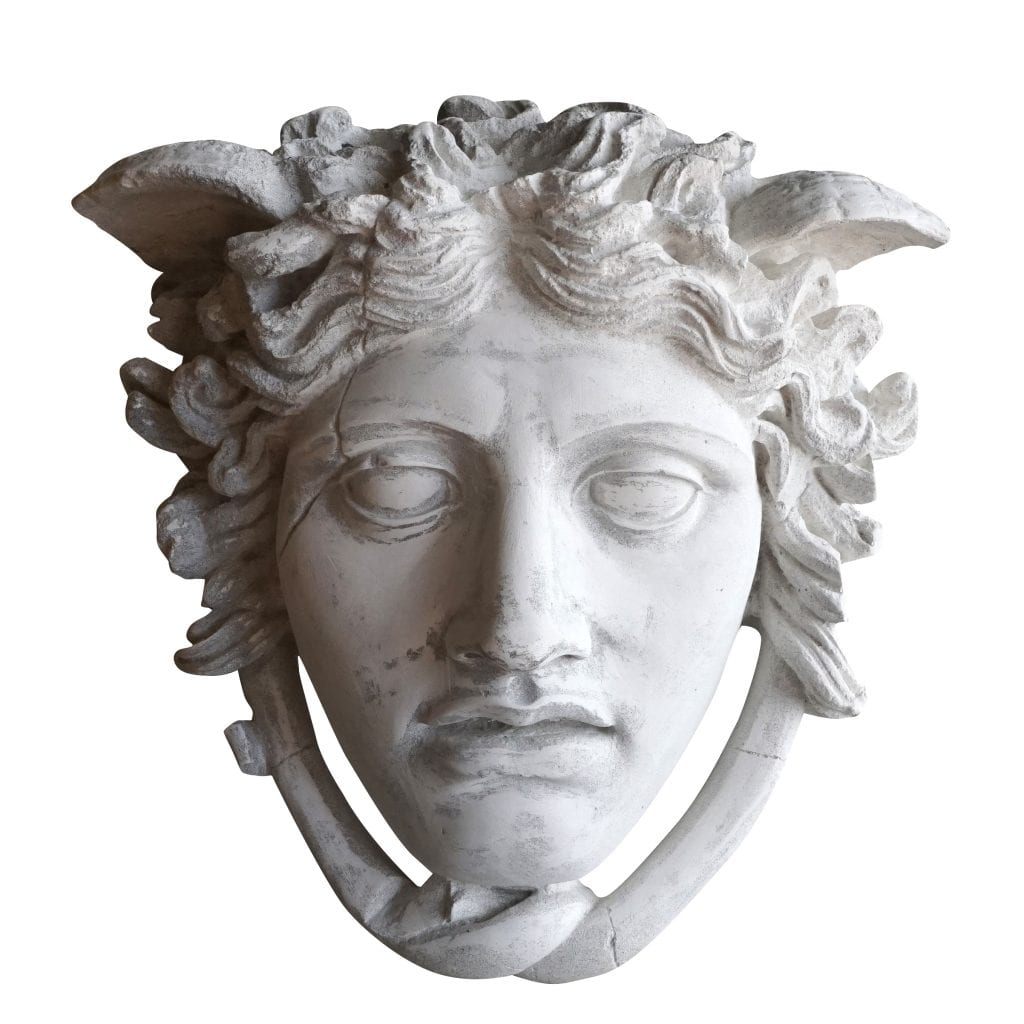 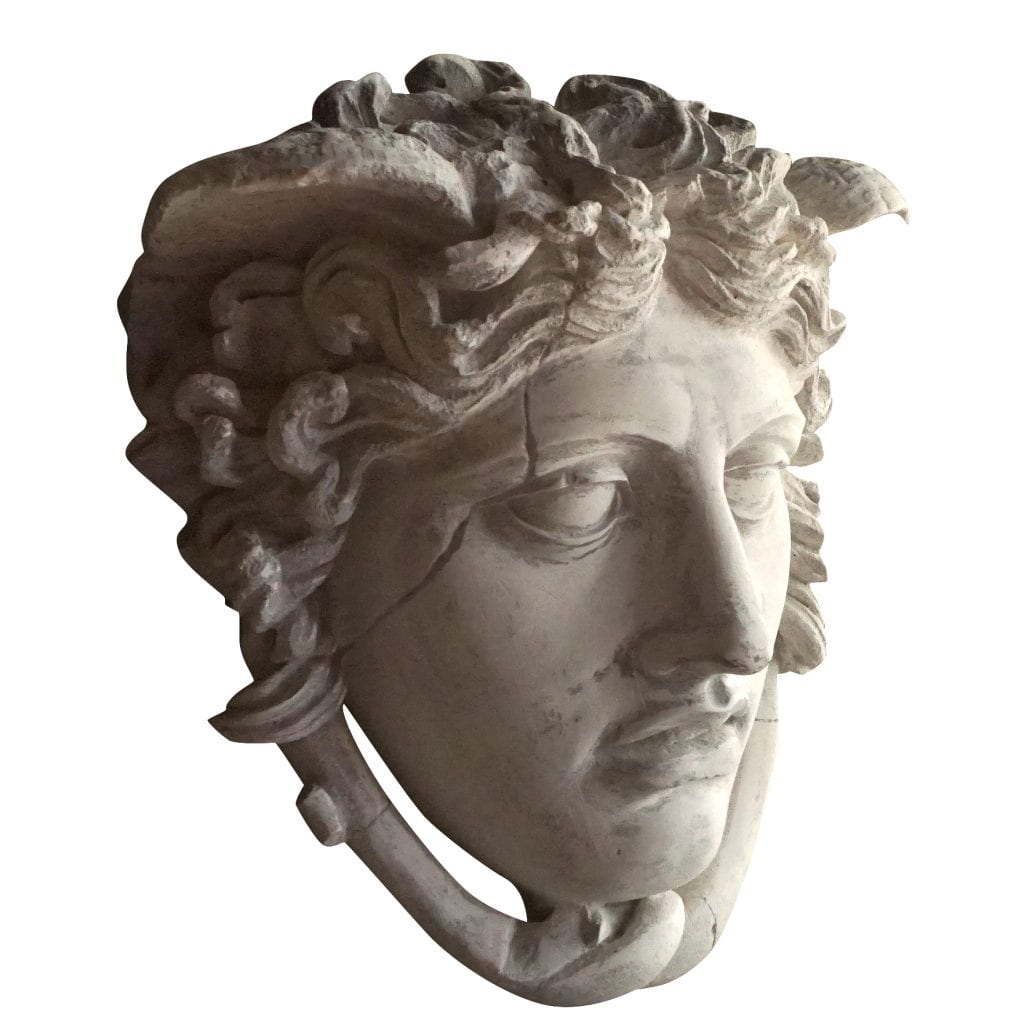 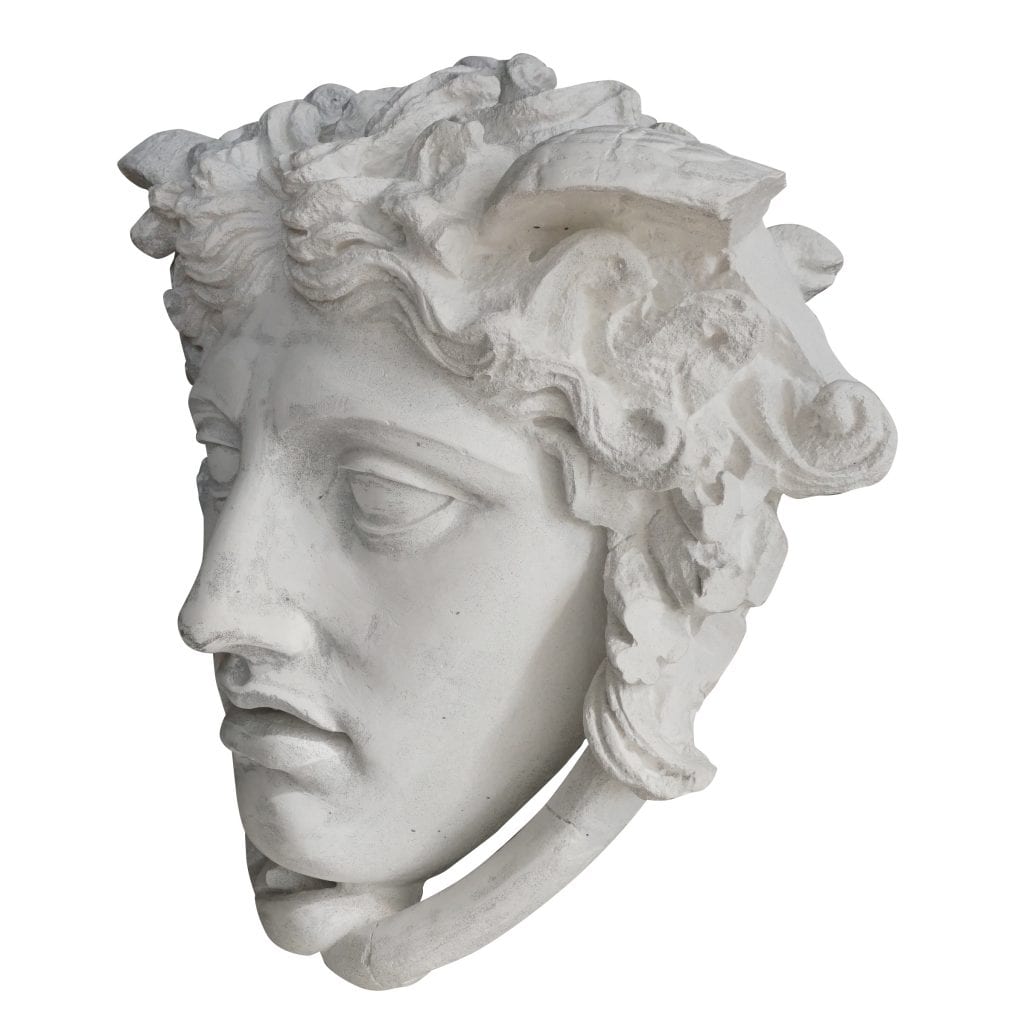 A very detailed mask of Mercury the roman god of commerce made of plaster. Wear consistent with age and use. Not recommended for exterior use. Paris, France.

The Roman God Mercury, is one of the major gods in the Roman religion and mythology. He is the god of monetary profit, commerce, eloquence, communication and divination. He is viewed as the son of Maia, one of the seven daughters of titan Atlas and Pleione (in the Greek mythology).

The Roman mythology is the body of traditional stories relating to ancient Rome's legendary origins and religious system. 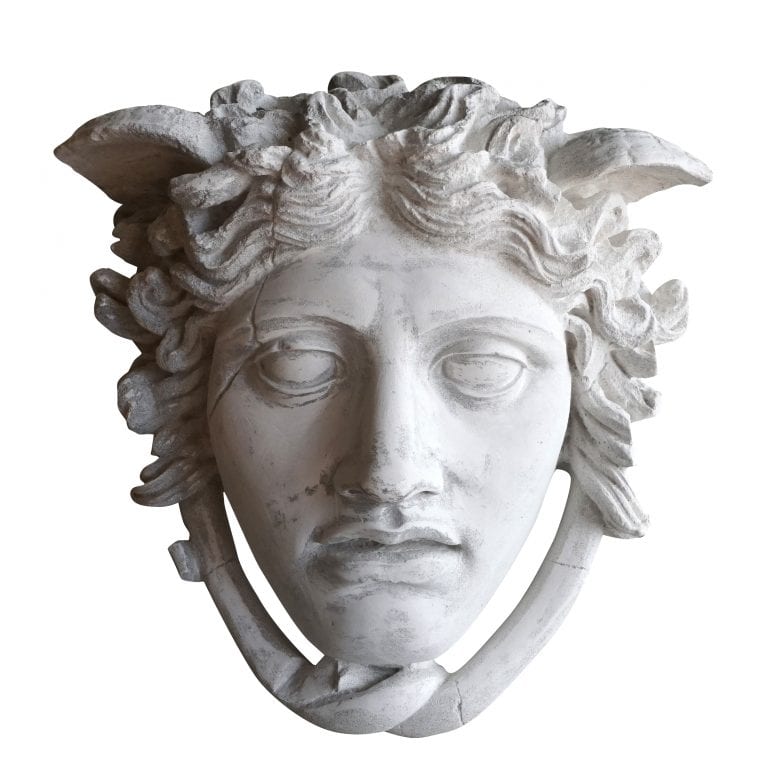