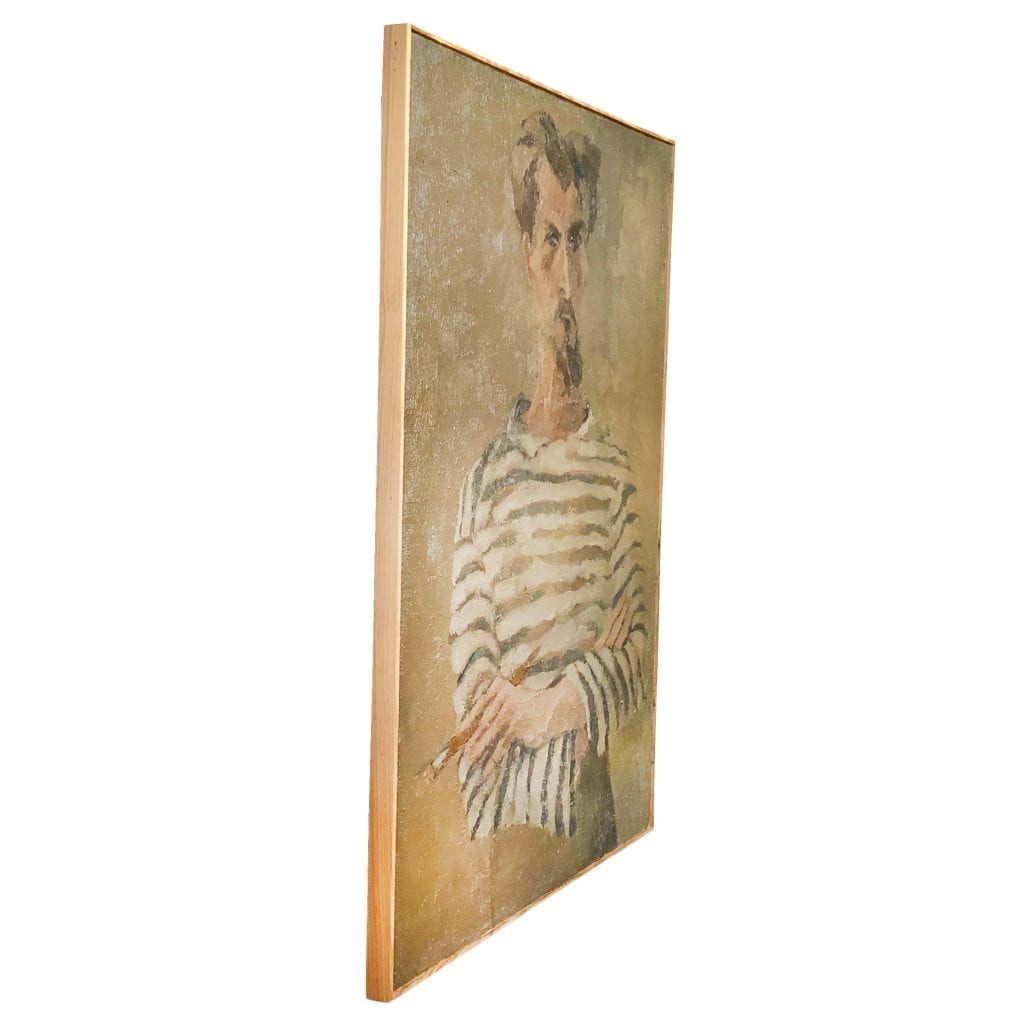 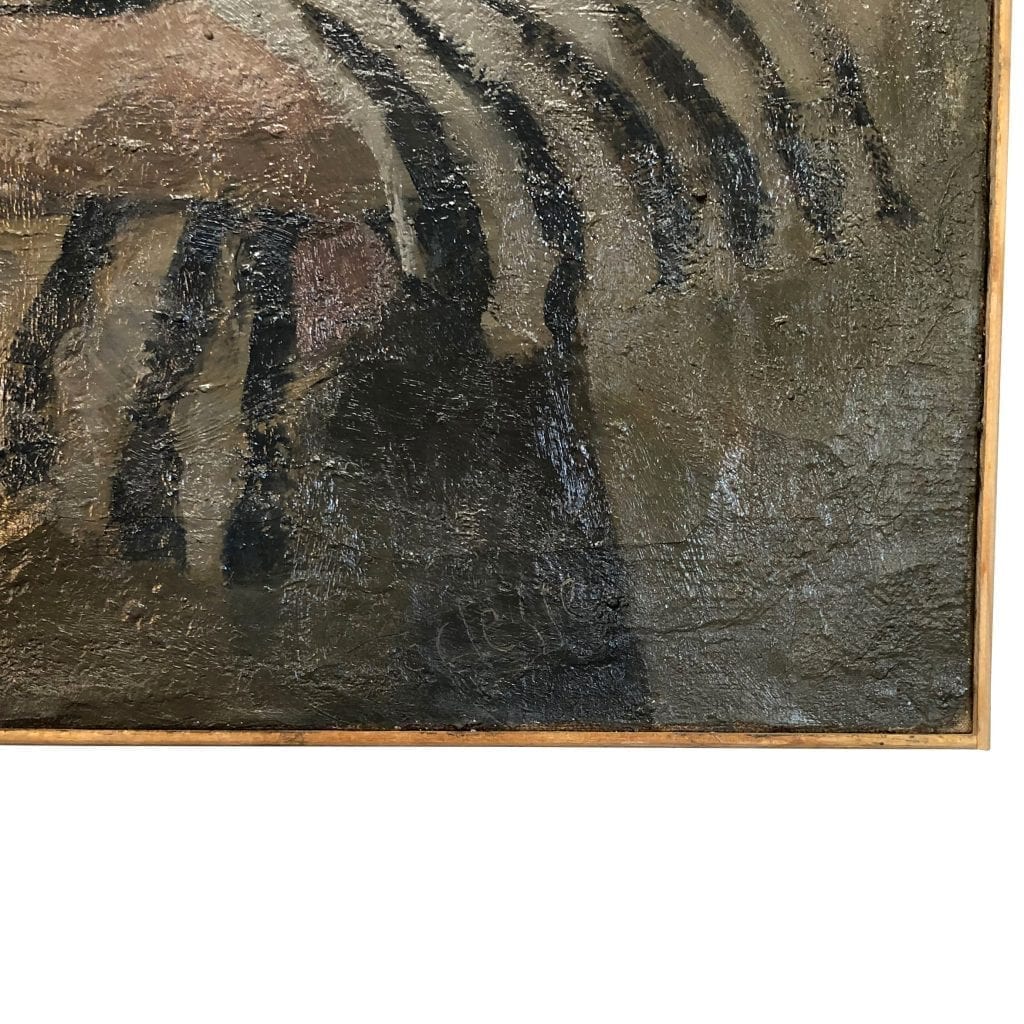 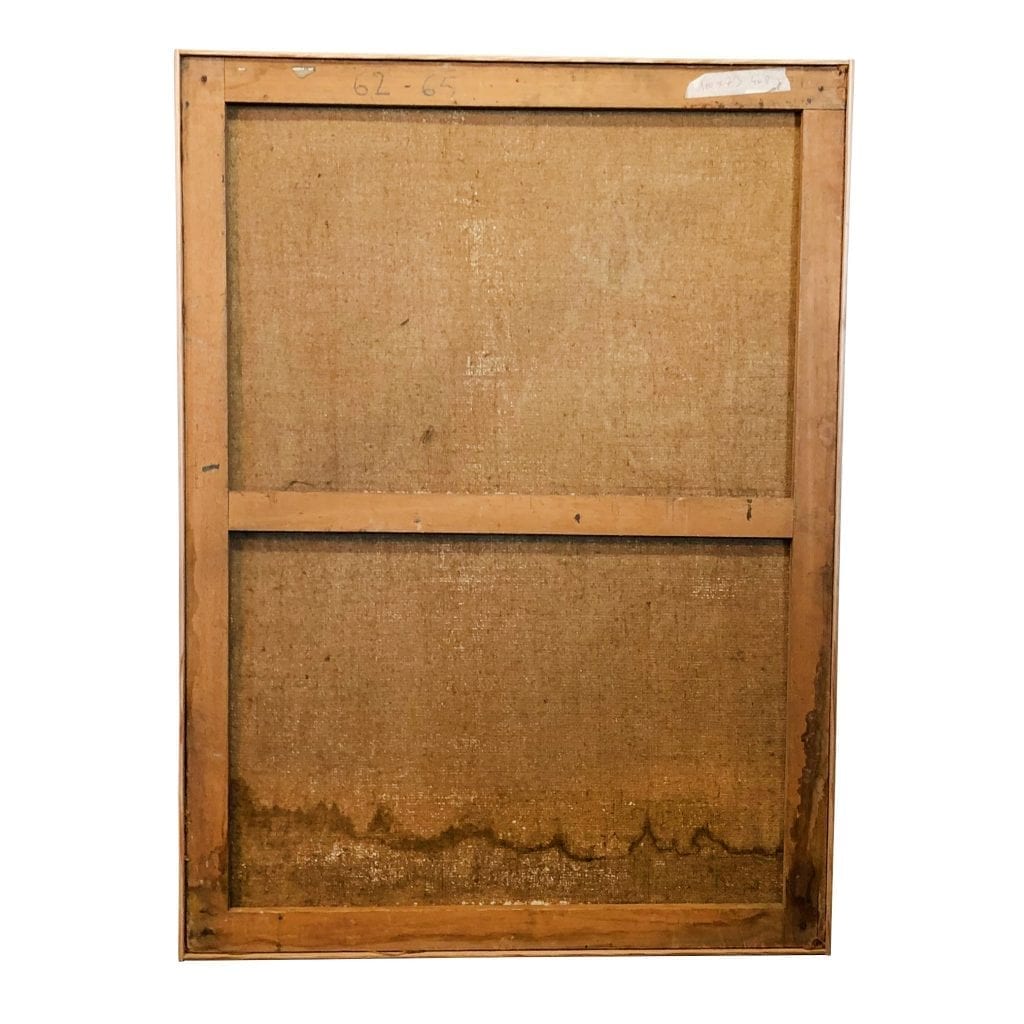 A self-portrait on wood by Daniel Clesse wearing a striped shirt, painted in France, 20th Century.