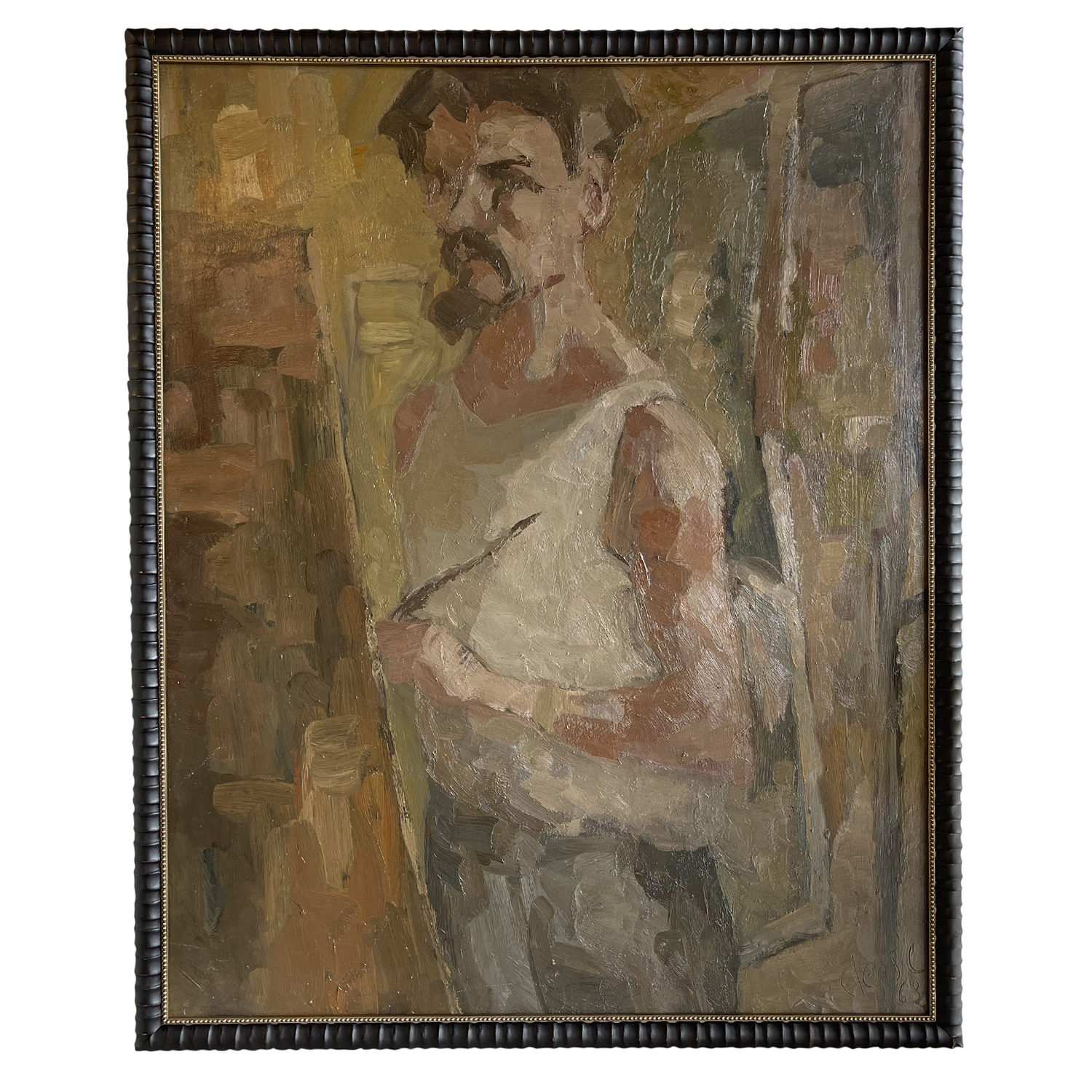 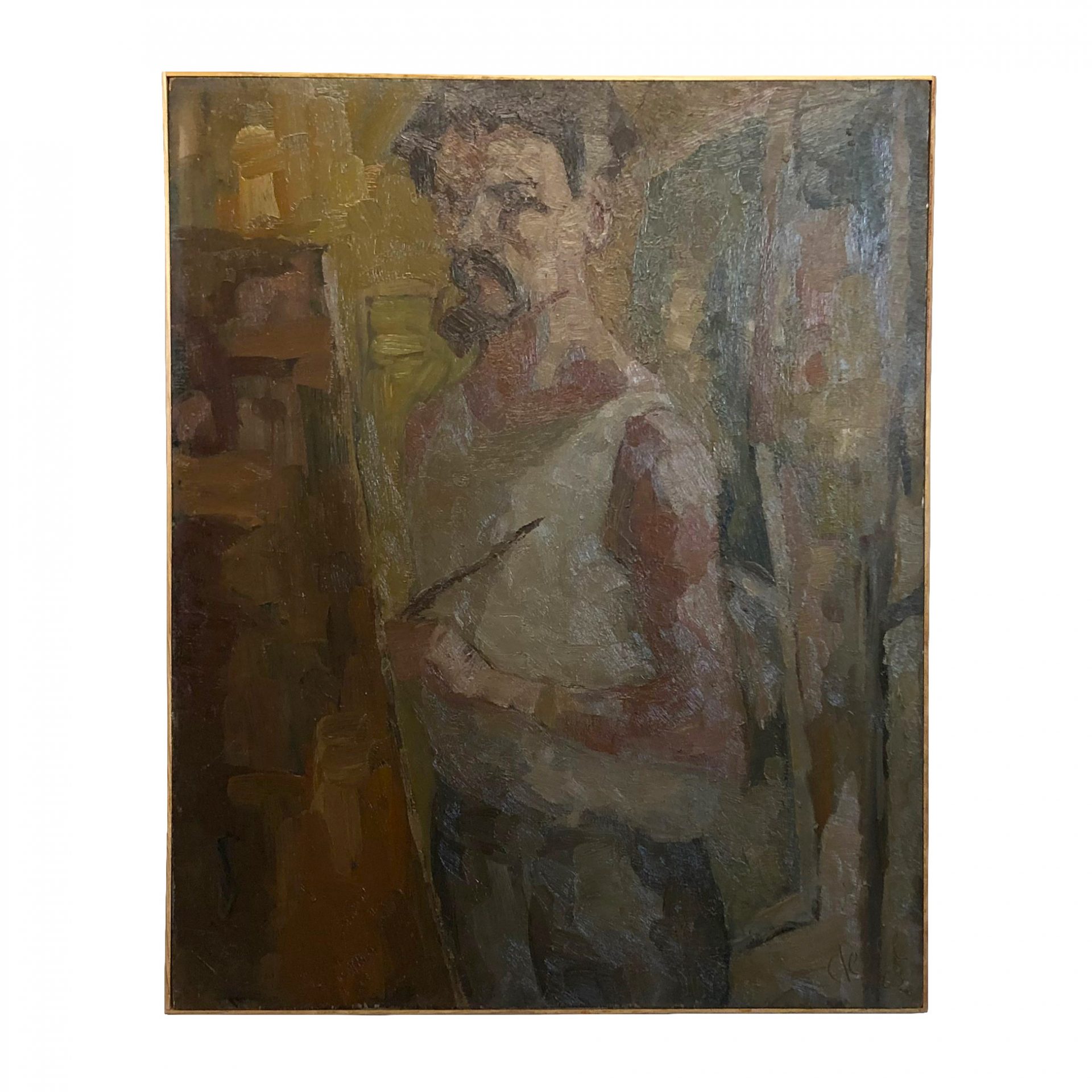 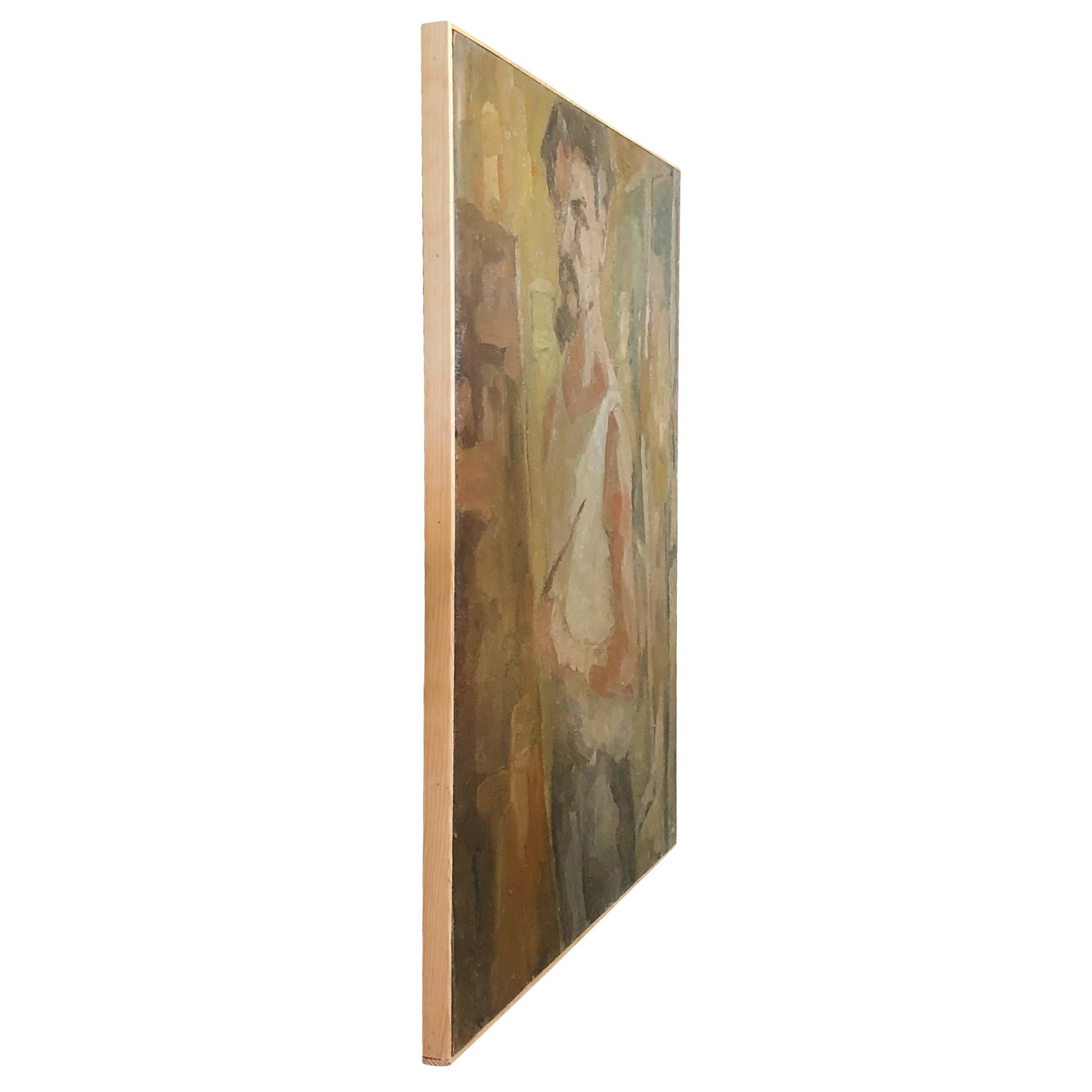 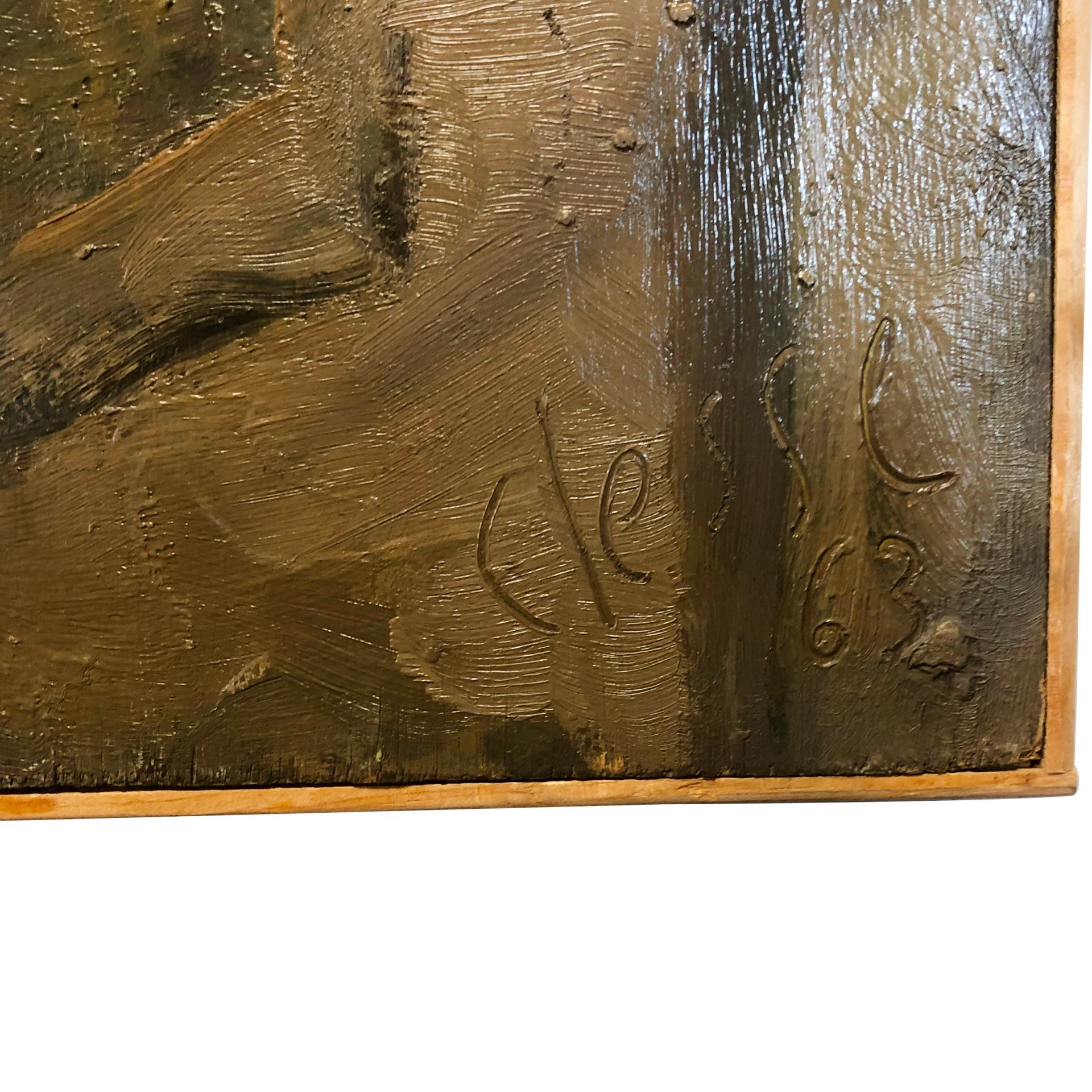 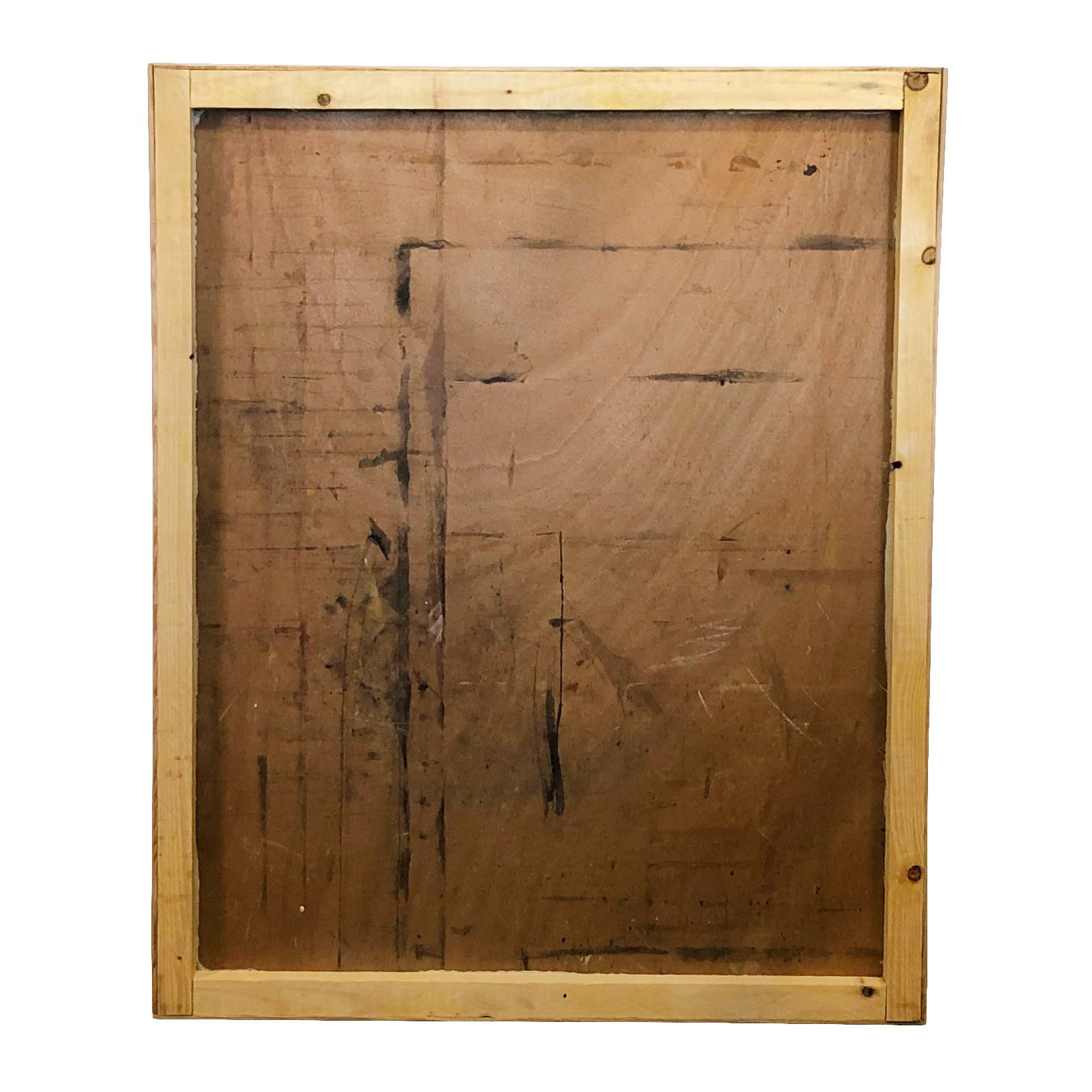 A self-portrait on wood by Daniel Clesse, painted in Paris, France, signed and dated in 1963.