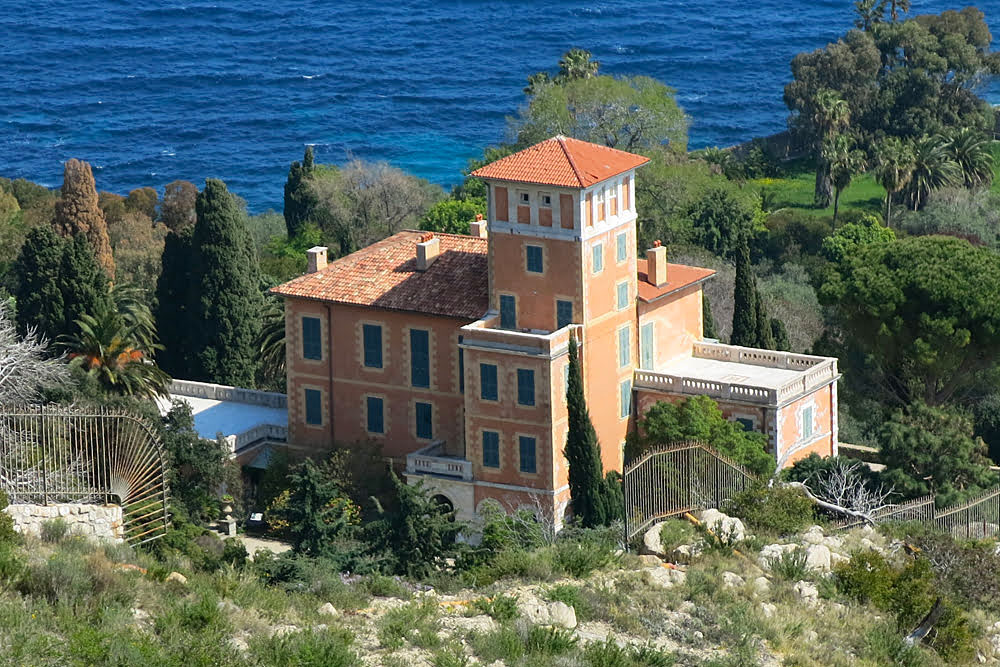 The Botanical Garden of Villa Hanbury

While visiting the Italian Riviera you should stop at this impressive villa and visit the gardens, which were established by Sir Thomas Hanbury on a small, steep peninsula jutting southwards from an altitude of 103 meters down into the Mediterranean Sea. He purchased the extant Palazzo Orengo property in 1867, and over decades created the garden with the aid of pharmacologist Daniel Hanbury (his brother), the botanist and landscape designer Ludwig Winter and scientists including Gustav Cronemayer, Kurt Dinter, and Alwin Berger.

In 1912 the Hortus Mortolensis, the catalogue of the garden, contained 5800 species, although the garden itself had more. Hanbury died in 1907, but energetic plantings and improvements resumed after World War I under the direction of his daughter-in-law Lady Dorothy Hanbury.

The gardens contain a number of interesting features: including a stretch of Roman road, the antique Via Aurelia.  You will also see grottos, garden statuary and fountains in carved stone. As an eclectic collector Sir Thomas Hanbury set a bronze dragon from Kyoto and a Japanese bell dated 1764 into this magnificent garden, and the fanciful Moroccan pavilion at the tomb of him and his wife.