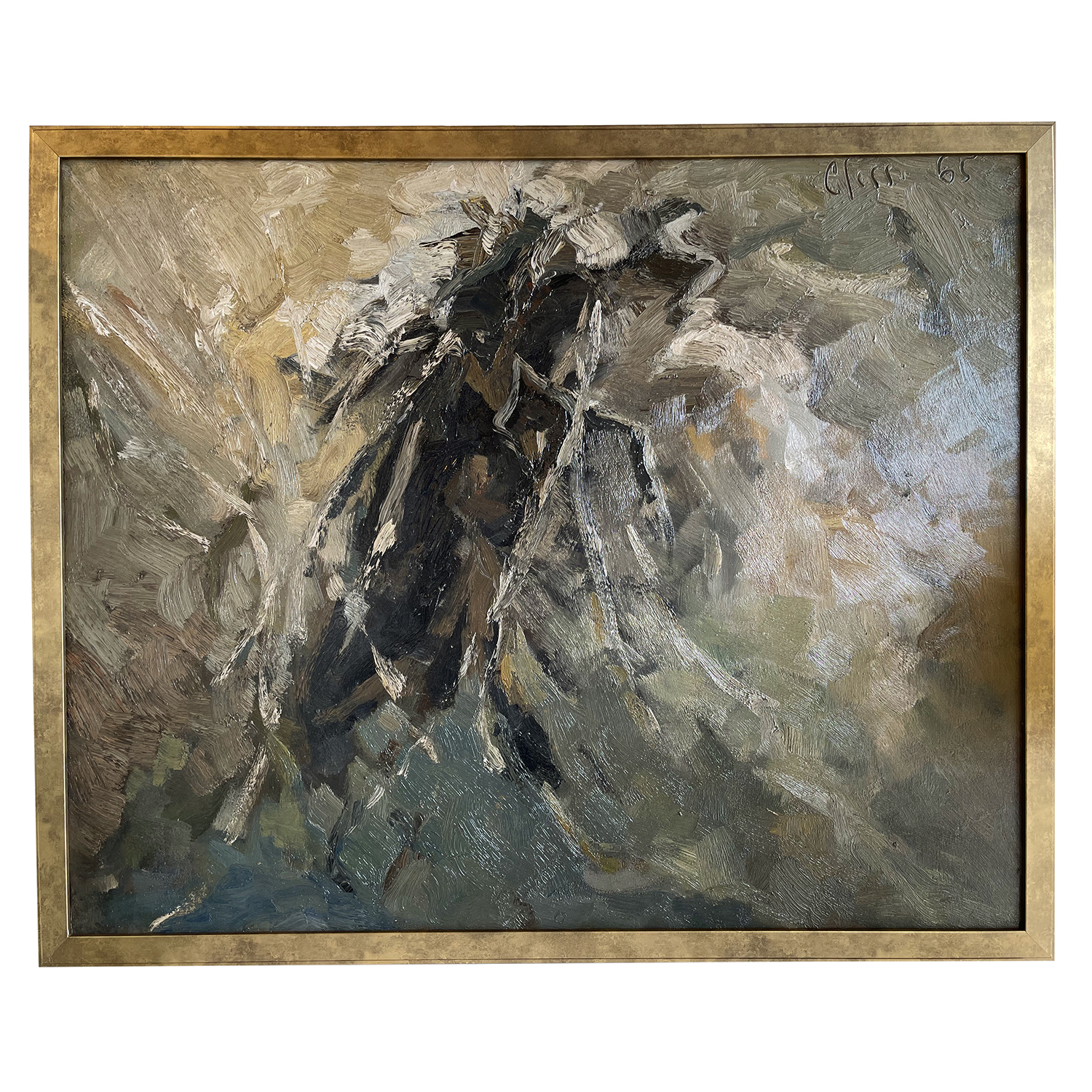 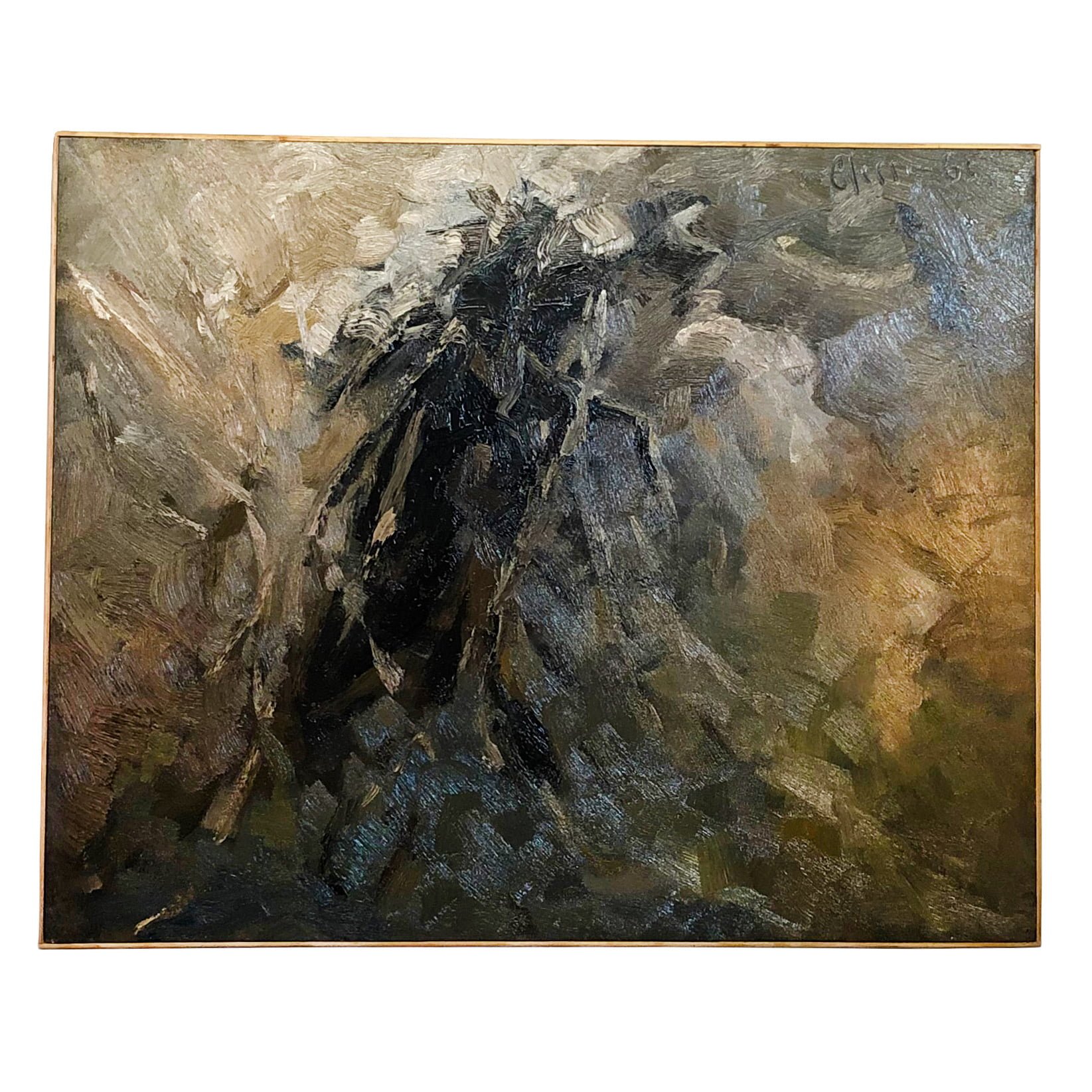 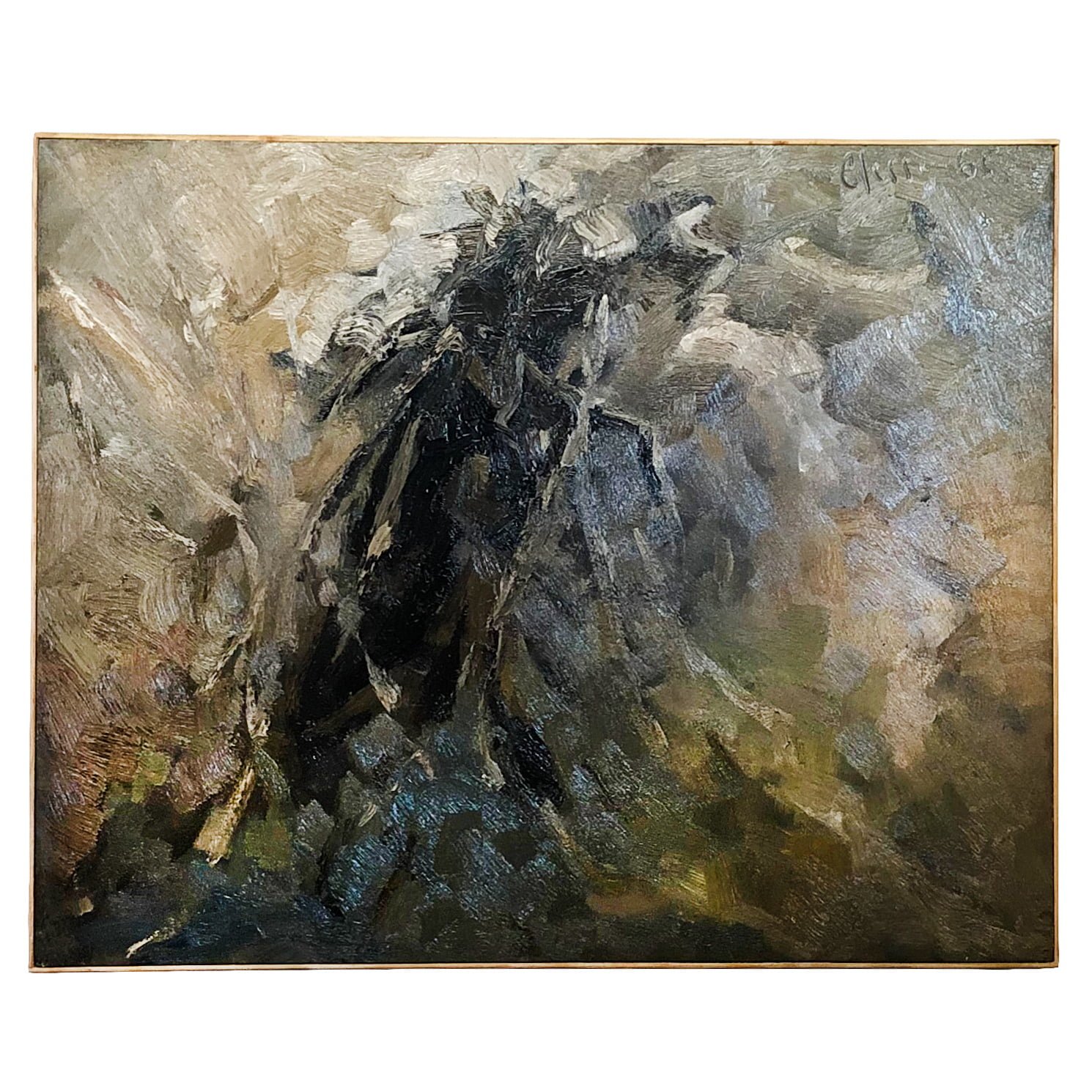 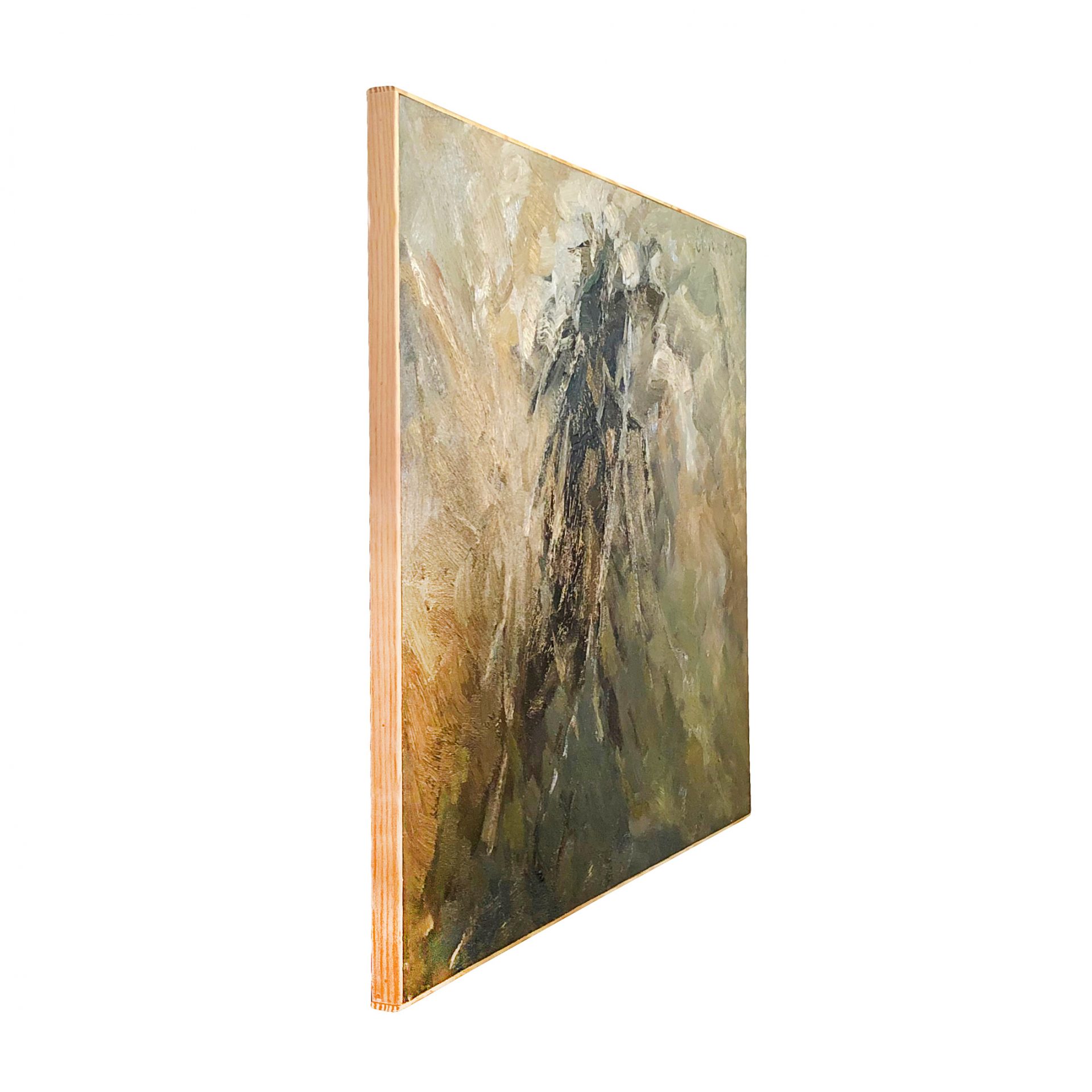 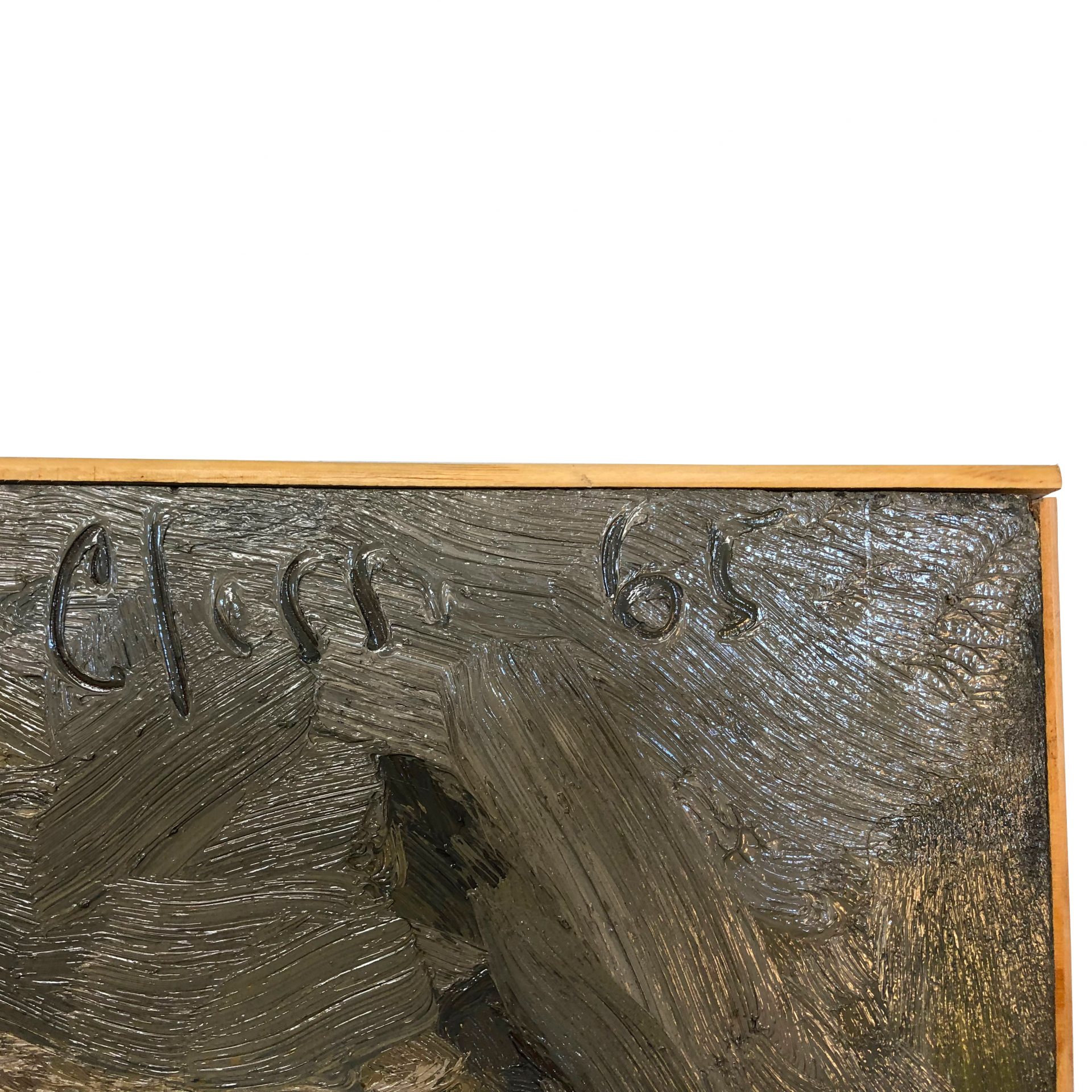 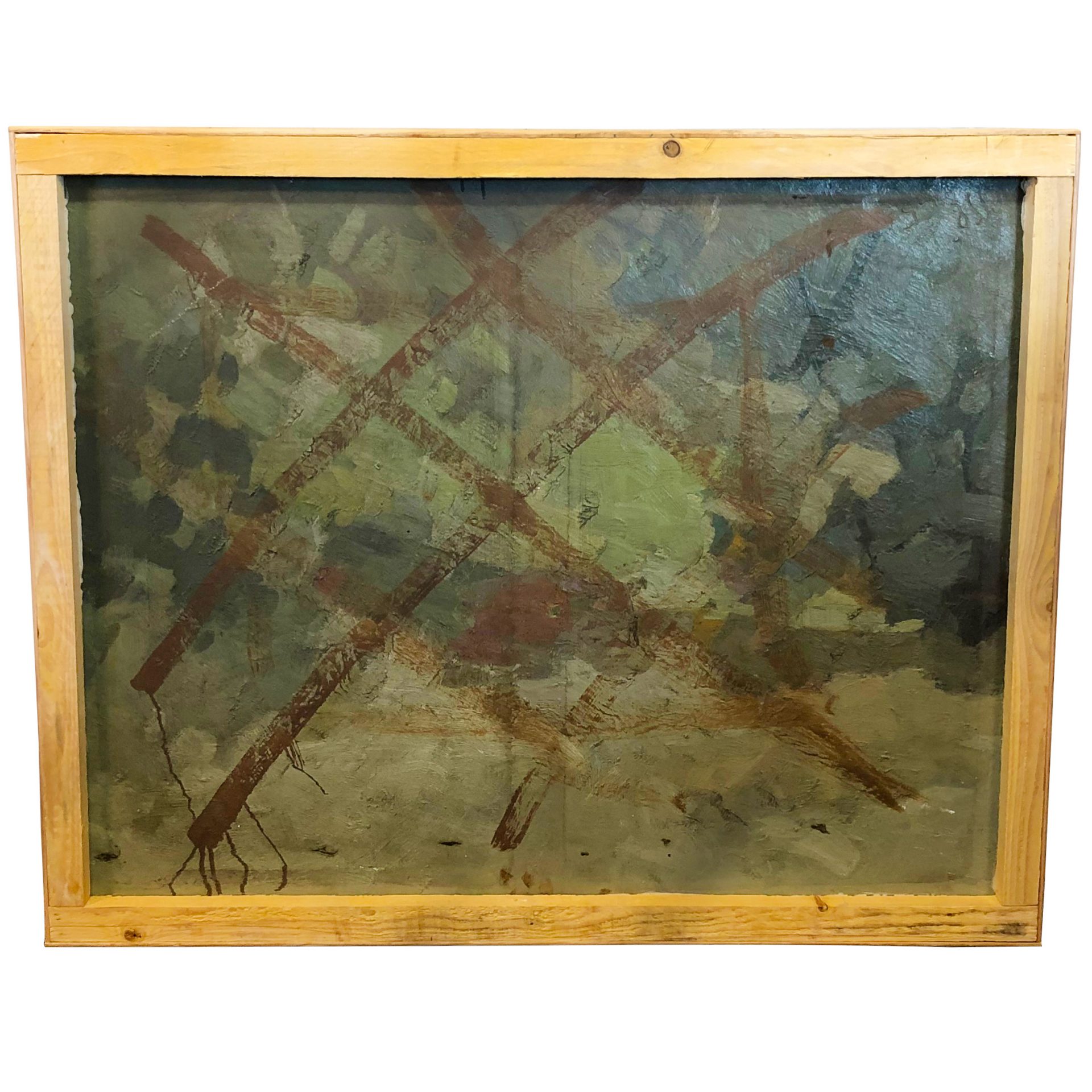 A grey brown, black abstract landscape painting on wood by Daniel Clesse, painted in France, signed and dated in 1965.