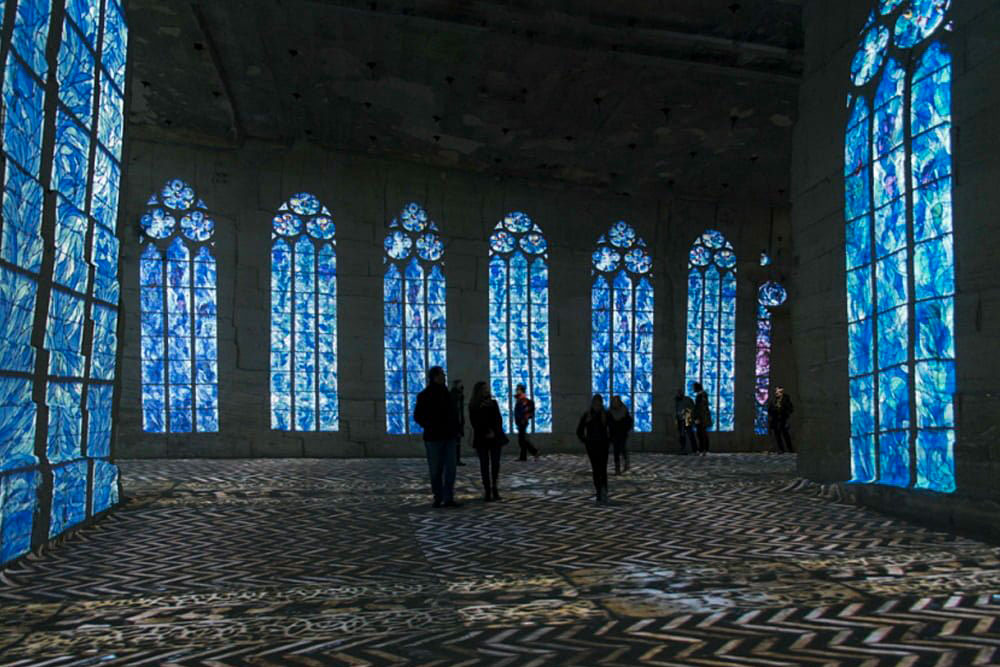 One of Authentic Provence’s favorite event is produced by Culture spaces and created by Gianfranco Iannuzzi, Renato Gatto, and Massimiliano Siccardi, with the musical collaboration of Luca Longobardi, this new exhibition invites you to explore the unbridled imagination of the animated paintings of Bosch, Brueghel and Arcimboldo.

From Hieronymus Bosch’s most emblematic triptychs, such as The Garden of Earthly Delights, The Temptation of Saint Anthony, and The Hay Wagon, to Giuseppe Arcimboldo’s remarkable compositions of flowers and fruit, and the village festivities depicted by the Bruegel dynasty, the Carrières de Lumières embraces the fascinating worlds of the great masters who represented these animated scenes of life and the duality of a world shifting between good and evil. Their work shares the same excellent facture and incredible inventiveness. Bosch’s hallucinatory imagination and Arcimboldo’s highly creative and improbable faces are complemented by the joyous triviality of Bruegel’s works, whose many figures are inspired by reality.

In this new immersive exhibition, which lasts around thirty minutes and includes more than 2,000 digital images projected on a total surface area of 7,000 m2 on to the walls of a limestone quarry, the Carrières de Lumières will be filled with innumerable fantastical creatures and allegorical figures. These are depicted spontaneously, and some are frightening and others amusing and caught up in comic situations—all these characters are reflections of the viewers. Man’s vanities, spirituality, pleasures, temptations, and vices are all evident in the landscapes painted with an acute sense of detail by Bosch, Bruegel, and Arcimboldo. The show ends with Bosch’s wonderful Garden of Earthly Delights, inviting visitors to enter a phantasmagorical world. The exhibition’s soundtrack oscillates between classical and contemporary music, playing the famous pieces Carmina Burana, by Carl Orff, The Four Seasons by Antonio Vivaldi, reinterpreted by Max Richter, the works of the Russian composer Modeste Petrovitch Mussorgsky, and music by the British rock group Led Zeppelin.