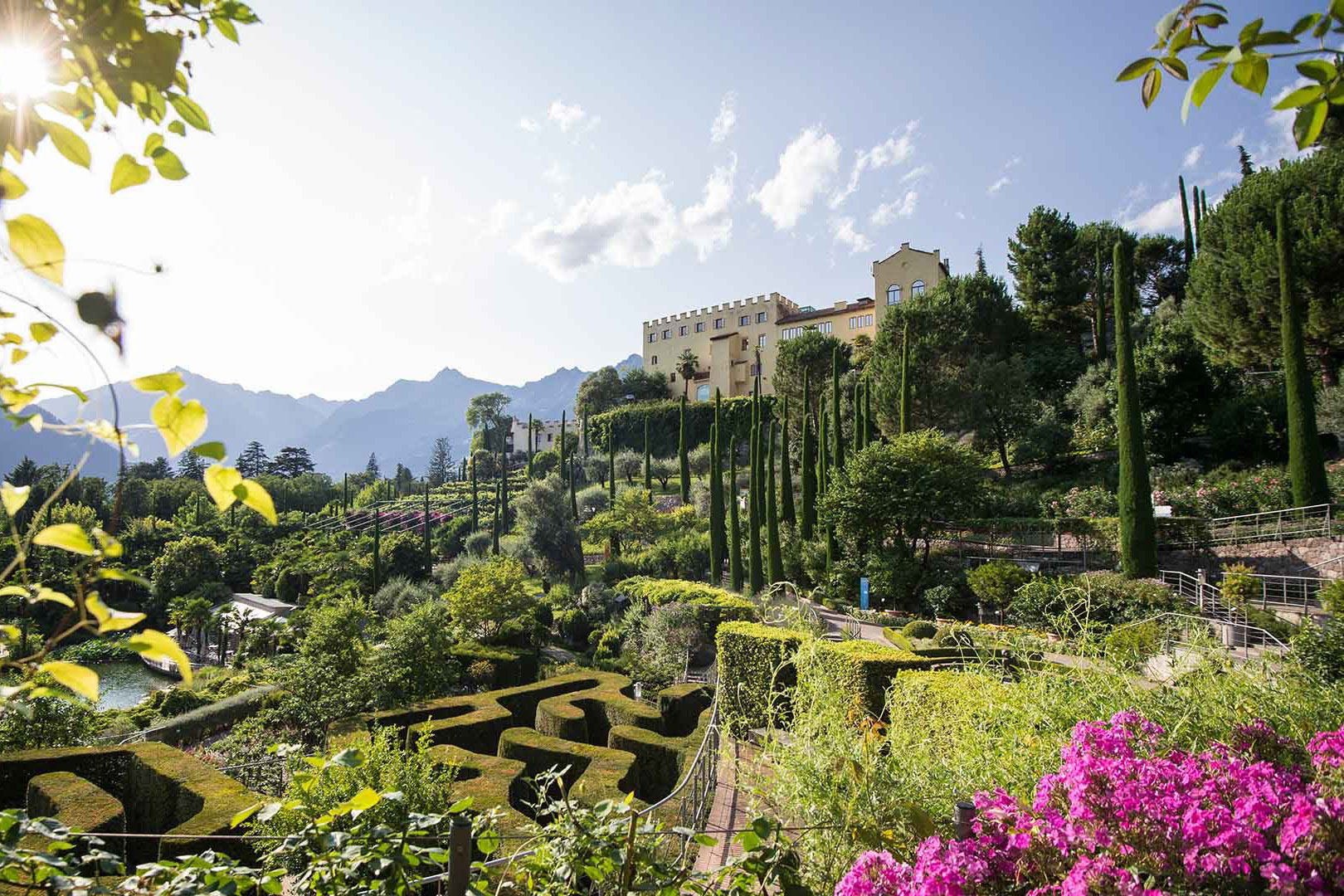 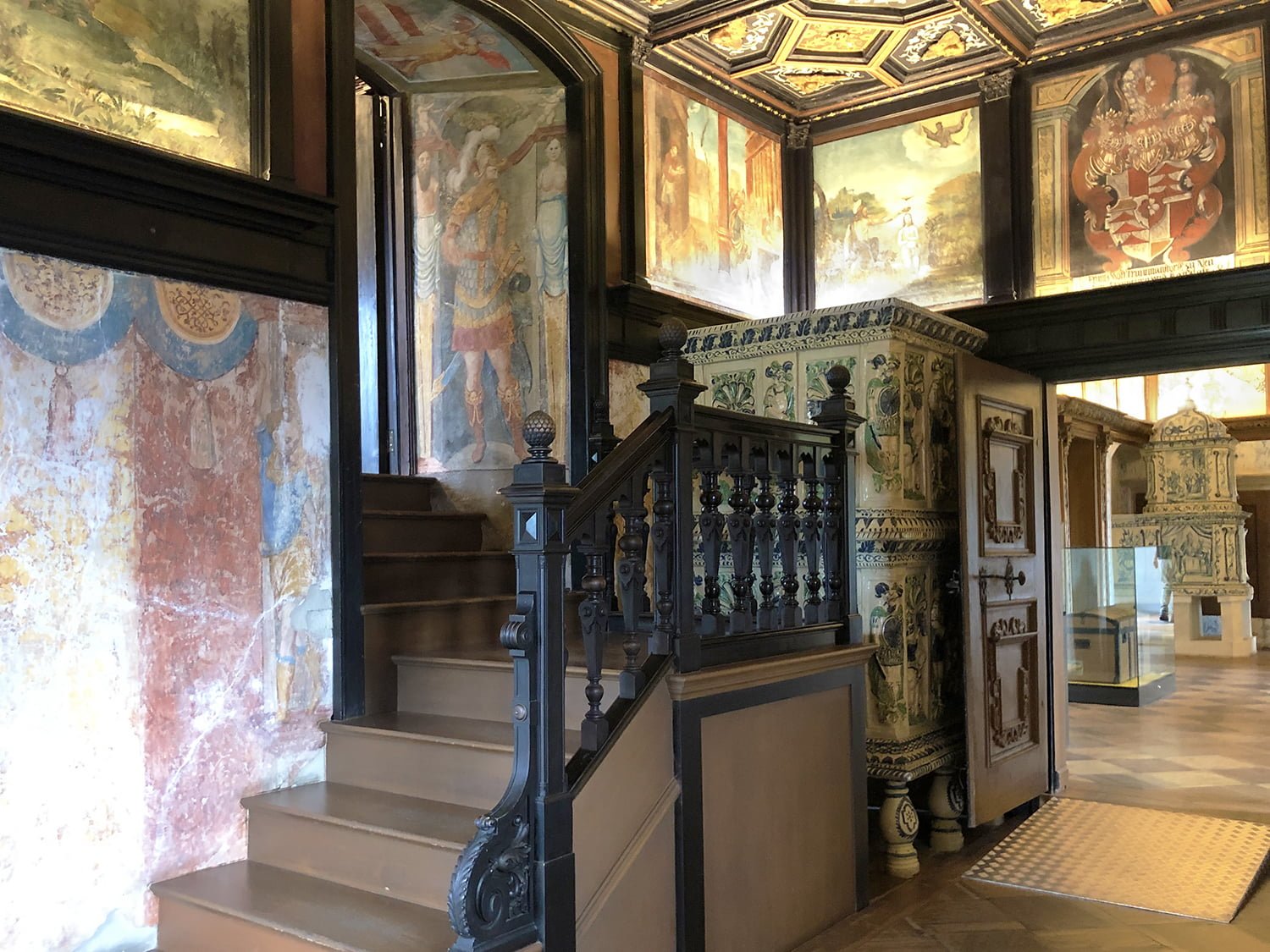 Nestled among the Tyrolian hills outside Merano, Italy is the wonderfully majestic Trauttmansdorff Castle. Originating in the Middle Ages, it was first documented in 1300 as “Neuberg Castle”. Over the centuries, multiple aristocratic families have gradually expanded the castle. Today the coats of arms of these many owners are displayed on the stairway walls.

The Renaissance period can still be viewed in the preserved Fresco room. The Medieval walls are still visible on the southwest side, and the crypt also dates from that period. This makes Castle Trauttmansdorff Tyrol’s earliest example of a neo-Gothic castle.

In 1543, Nicholas von Trauttmansdorff from Styria bought Neuberg Castle. He had fought in Northern Italy against the Venetians and owned the nearby Mattarello Castle in Trento. Around 1680, and generations later, his branch of the Trauttmansdorff line died out, and Neuberg Castle fell into decay. By then the aristocracy had lost their interest in country residences, and were drawn back to the excitement of the cities. In the middle of the nineteenth Century, Count Joseph von Trauttmansdorff from Styria discovered the treasure his relatives had abandoned 150 years earlier. He restored and expanded the structure to its present size and added neo-Gothic elements. From then on, it was referred to as Trauttmansdorff Castle. 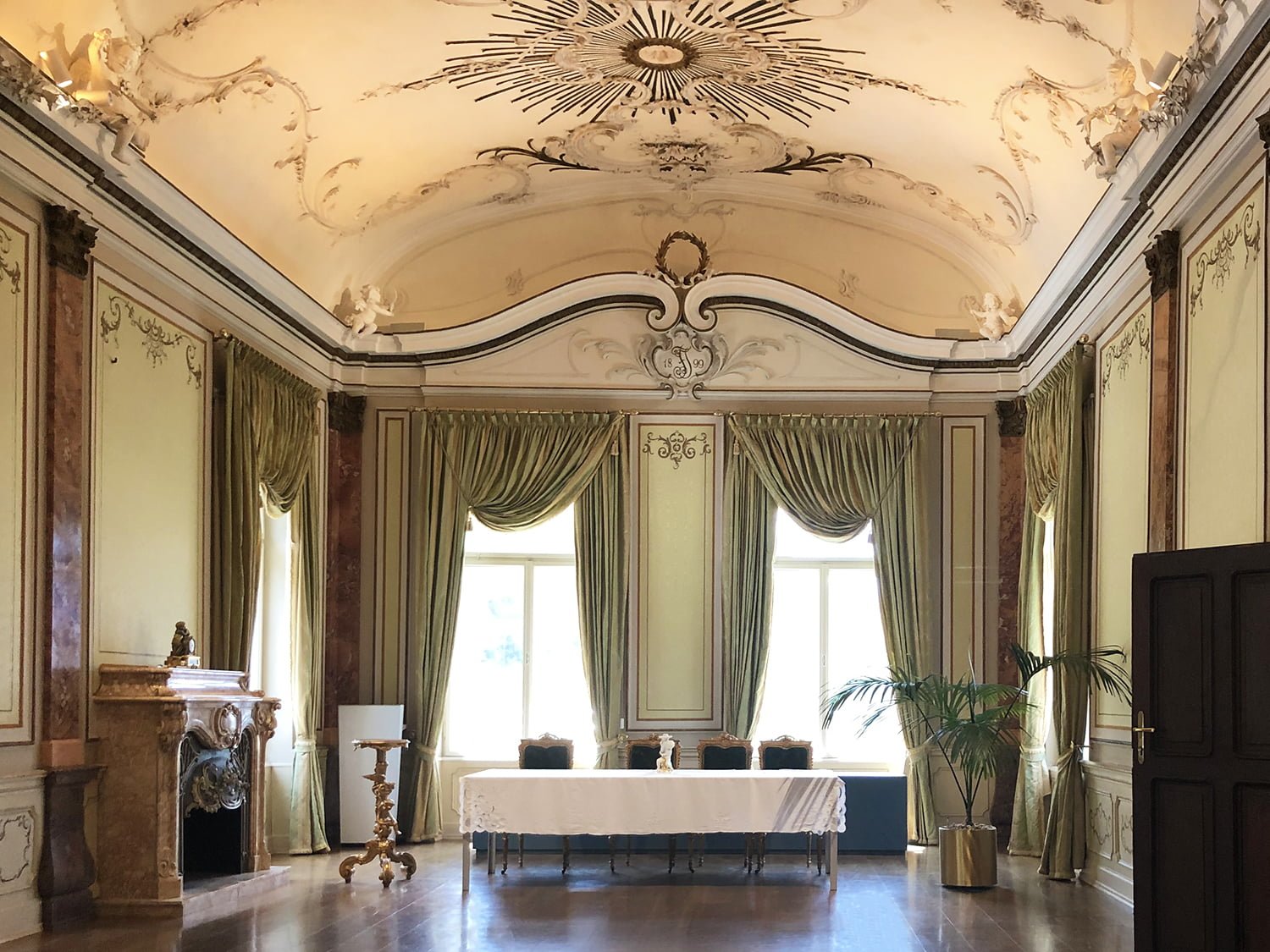 Moritz von Leon, an imperial knight, and thought to be the illegitimate son of Count Joseph, inherited the estate in 1867. The next owner, Baron Friedrich von Deuster came from a rich Bavarian family. He bought the building in 1897, and raised the east wing of the castle one level by adding the grand Rococo Hall in 1899, significantly altering the shape of the castle. He developed vineyards and fruit orchards and the region profited from his business interests. Due to the annexation of South Tyrol, the Baron lost everything and returned as a poor man to Bavaria in 1921. The castle, which had been neglected after the wars, was again extensively renovated between 2000 and 2003.

The beautifully restored living quarters of Empress Elisabeth’s of Austria and Emperor Franz Joseph I on the second floor have all been restored to their former splendor and several personal possessions of Elisabeth’s are displayed, such as the morning robe and other objects. She had chosen to spend her winters in 1870/71 and 1889/90 due to the mild climate. It was thanks to Empress Elisabeth’s stay at Trauttmansdorff, as well as to the speedy recovery of her ailing daughter, Marie Valerie. Due to the Empress the town of Merano was quickly transformed from a small spa town into an internationally known health resort, and Trauttmansdorff Castle became a fashionable destination for aristocrats. 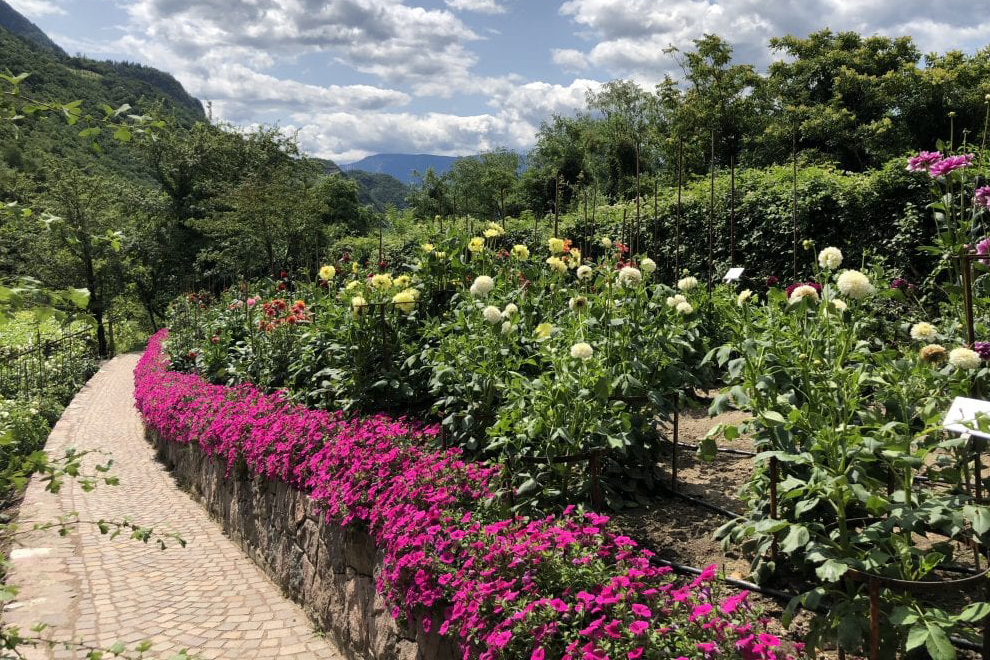