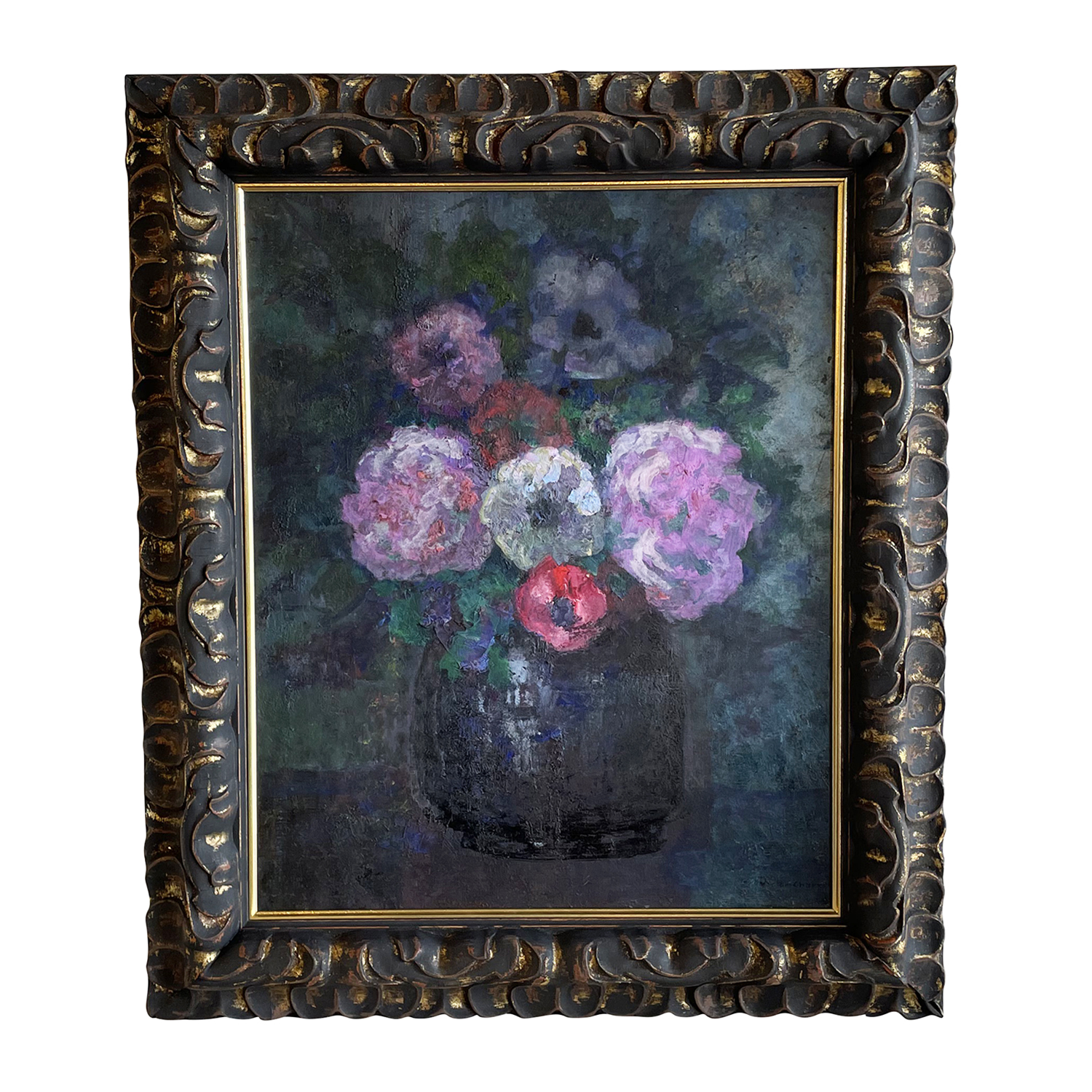 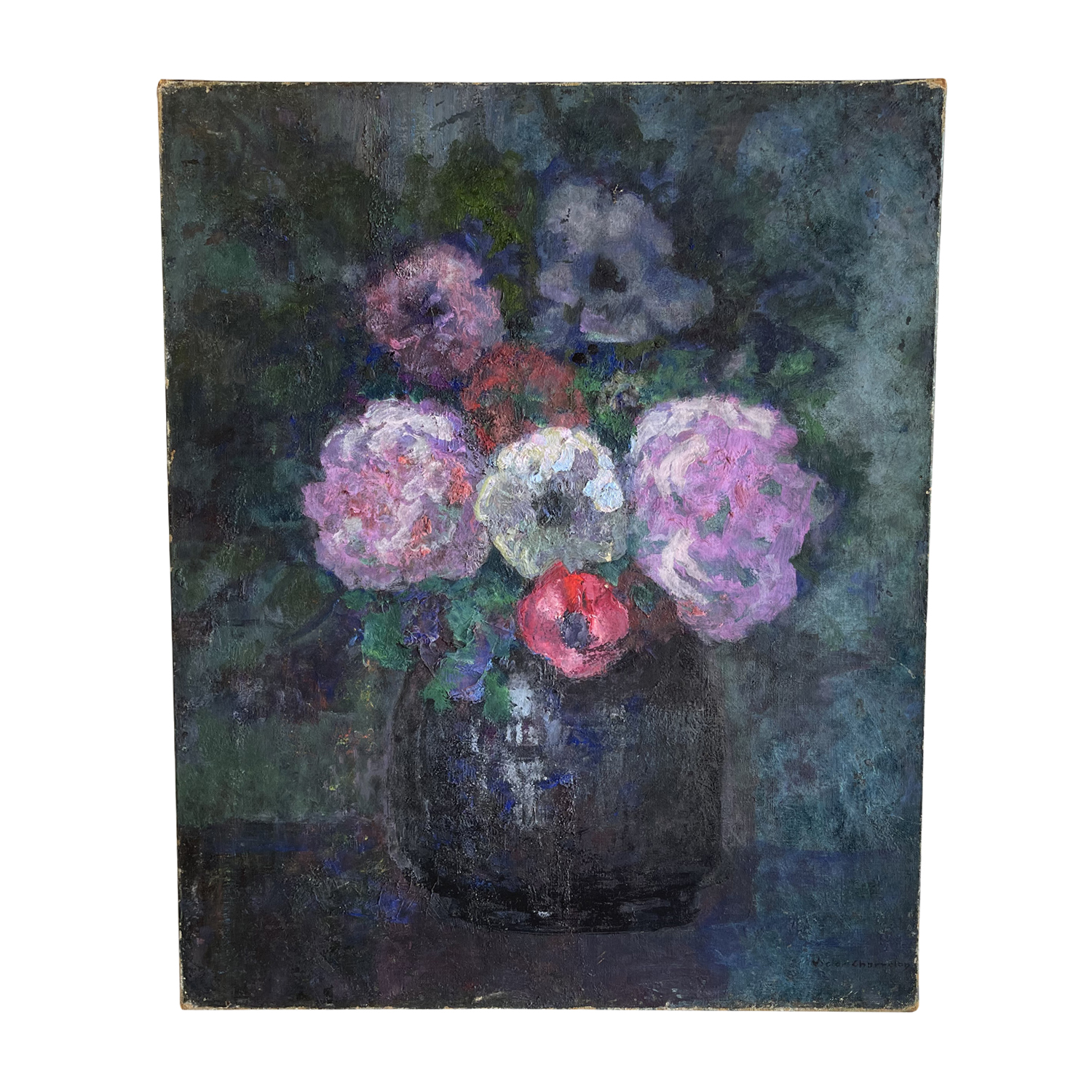 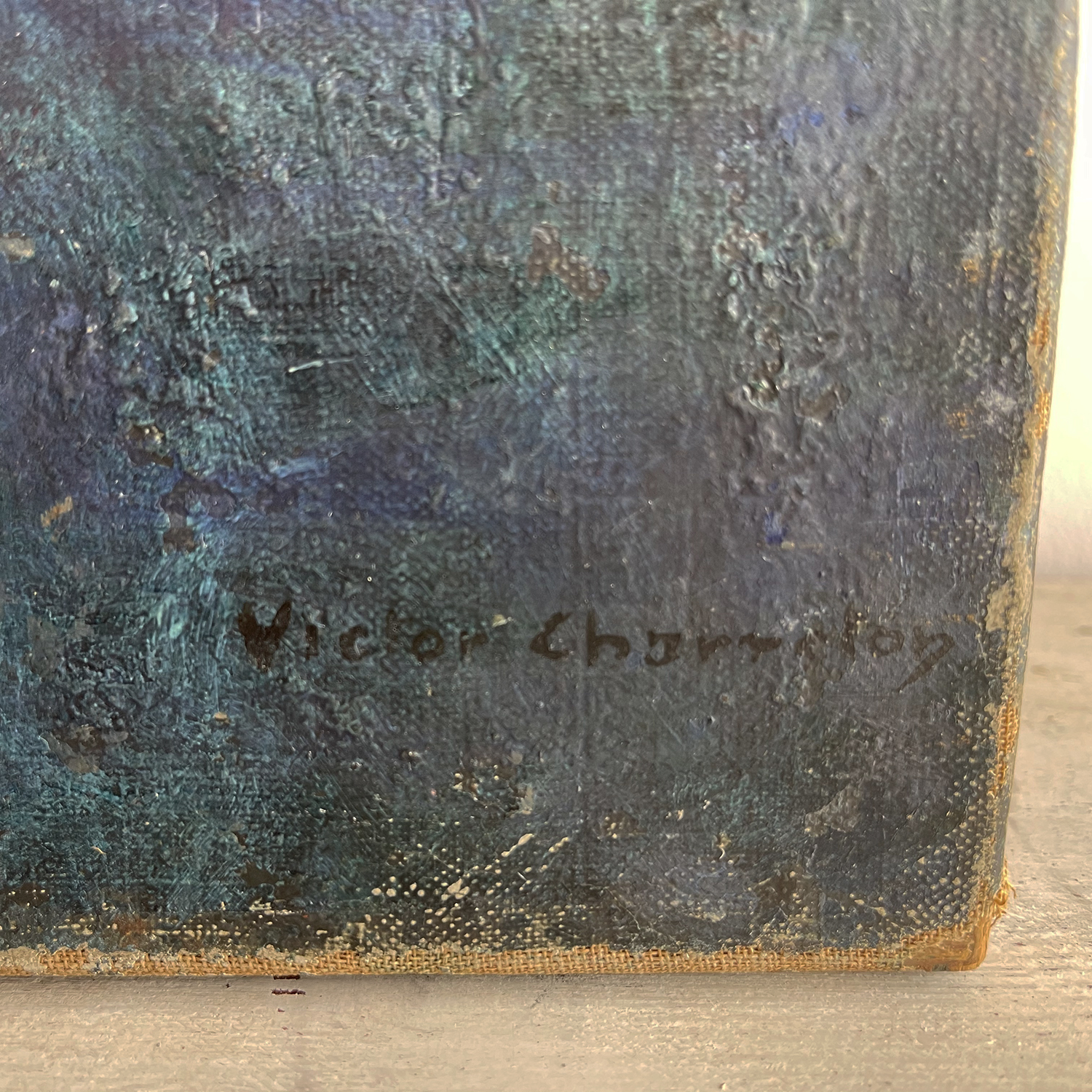 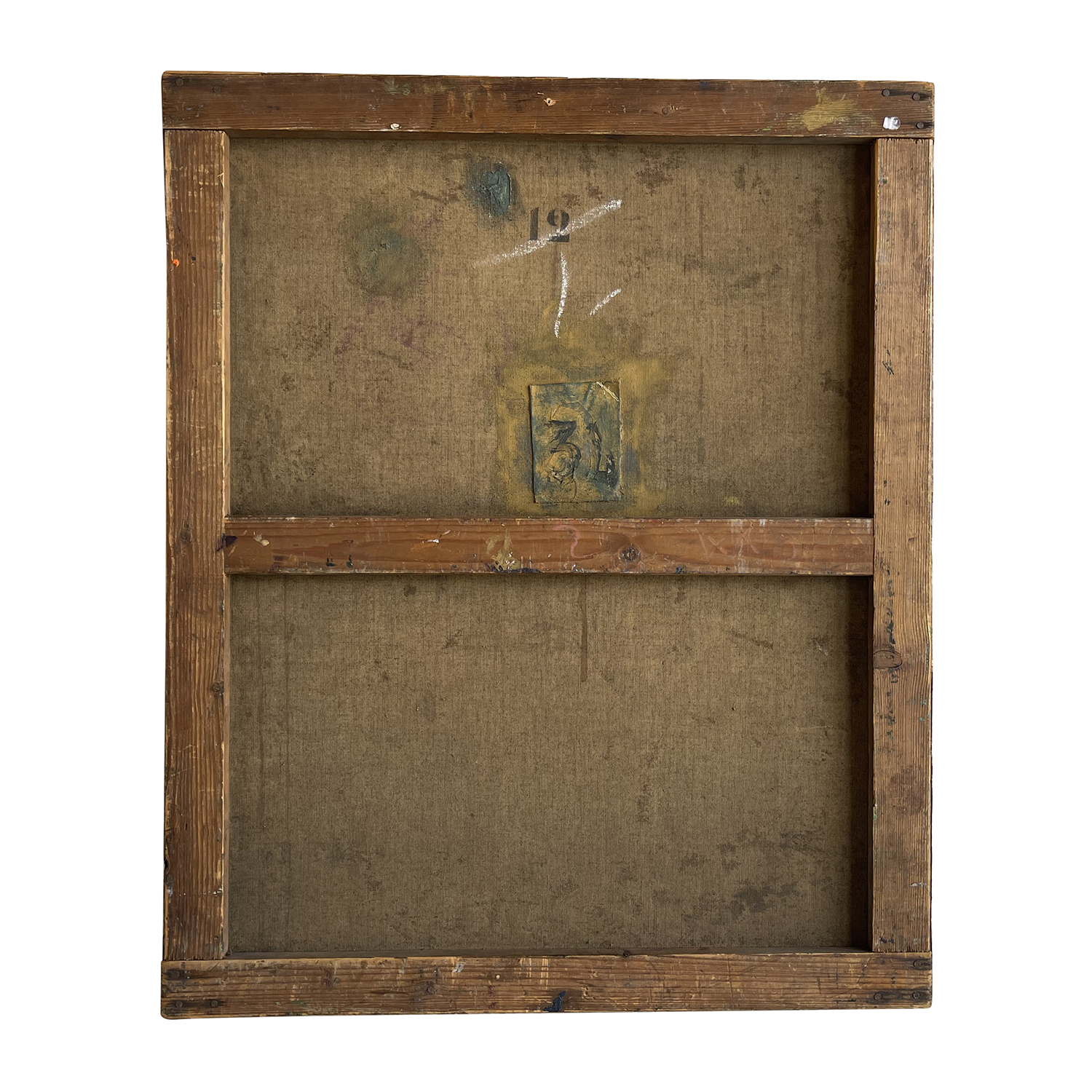 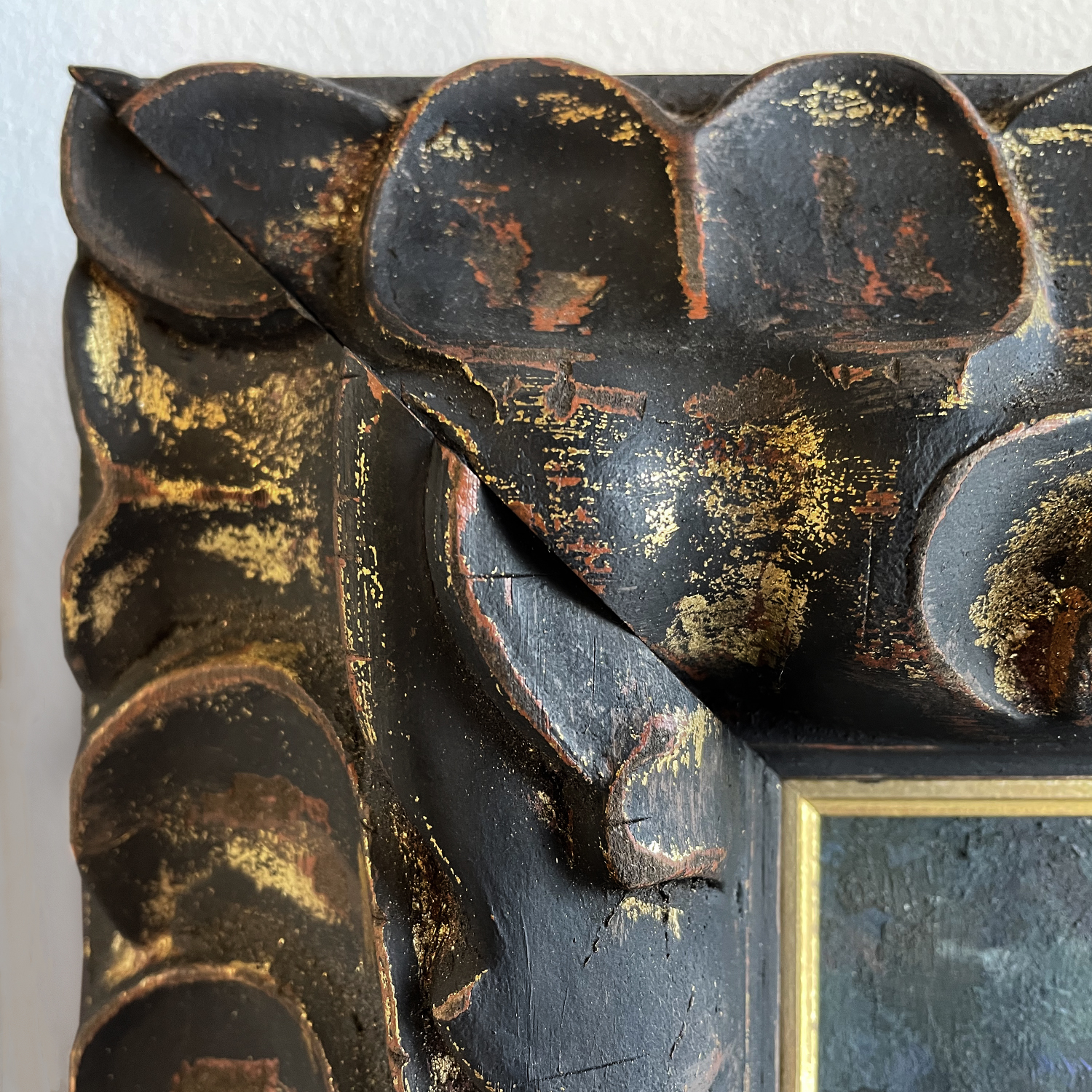 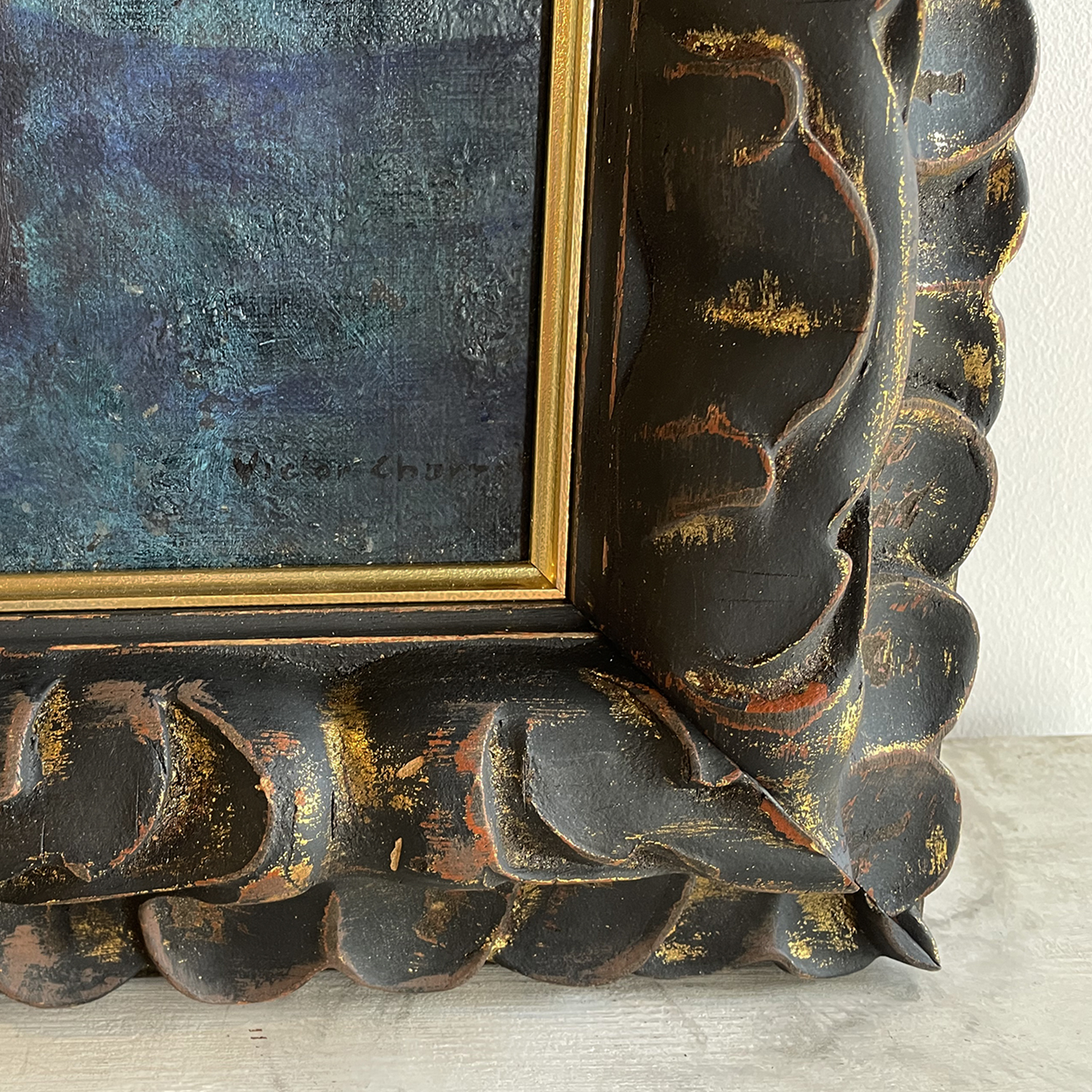 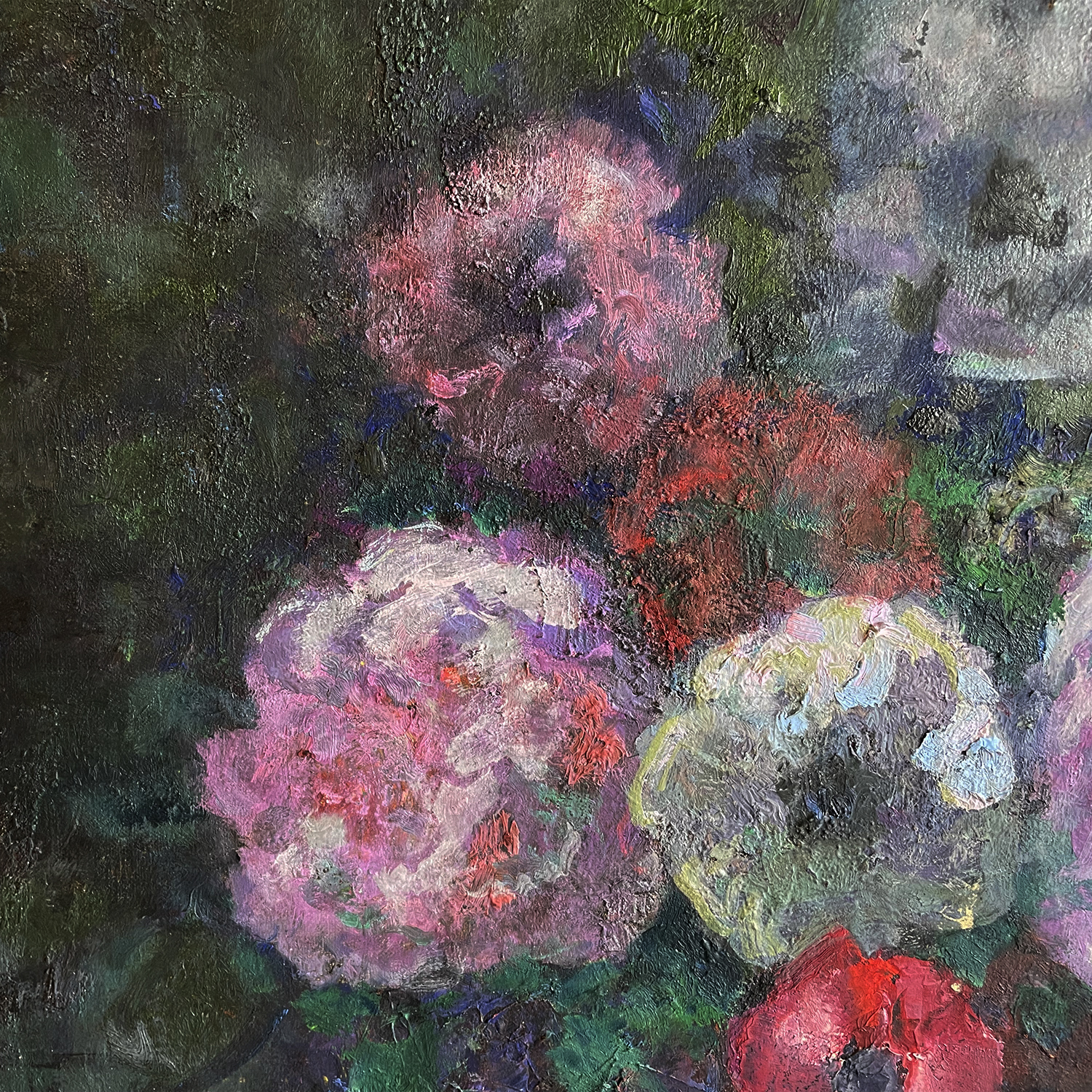 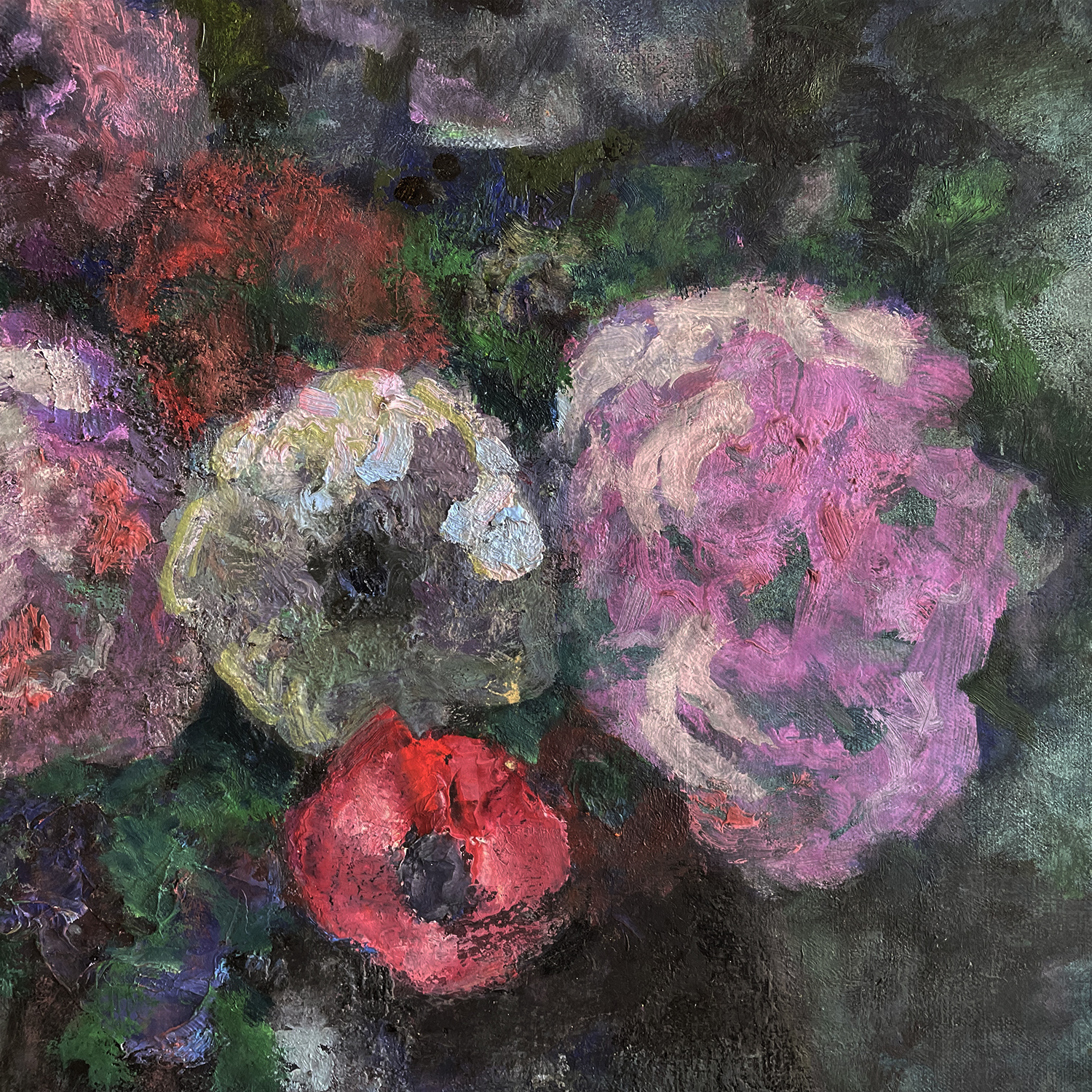 A dark-green, blue oil on canvas painting of a half-round vase with colorful anemones, flowers painted by Victor Charreton, in good condition. The antique French painting represents the 19th Century Impressionism art movement, period. Signed on the lower right. Wear consistent with age and use. Circa 1910, Paris, France.

Victor Charreton was a French painter born in 1864, in Bourgoin-Jallieu, France and passed away in 1936. Charreton studied law in Paris, and worked for many years as a lawyer. In 1902, he started dedicating himself entirely to paint. In his life time, Charreton traveled frequently throughout France and North Africa, where he painted a number of winter scenes.